3 slaps in the face that shocked the Soviets 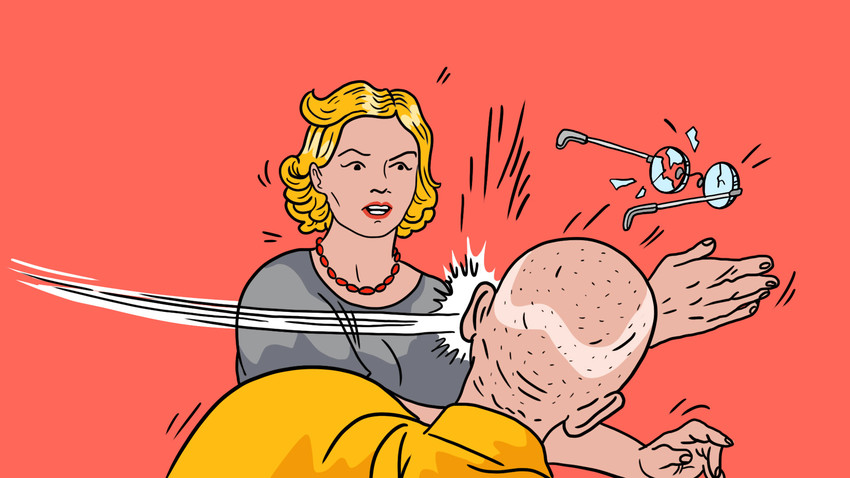 Natalya Nosova
In the USSR, a slap in the face to a wrong person could get you sent to a concentration camp – but you’d be surprised to know that the USSR’s last president once got slapped by a simple citizen.

A recent slapping contest in Russia has gathered a lot of attention. We recalled three events from Soviet history where a slap in the face led to some big trouble. 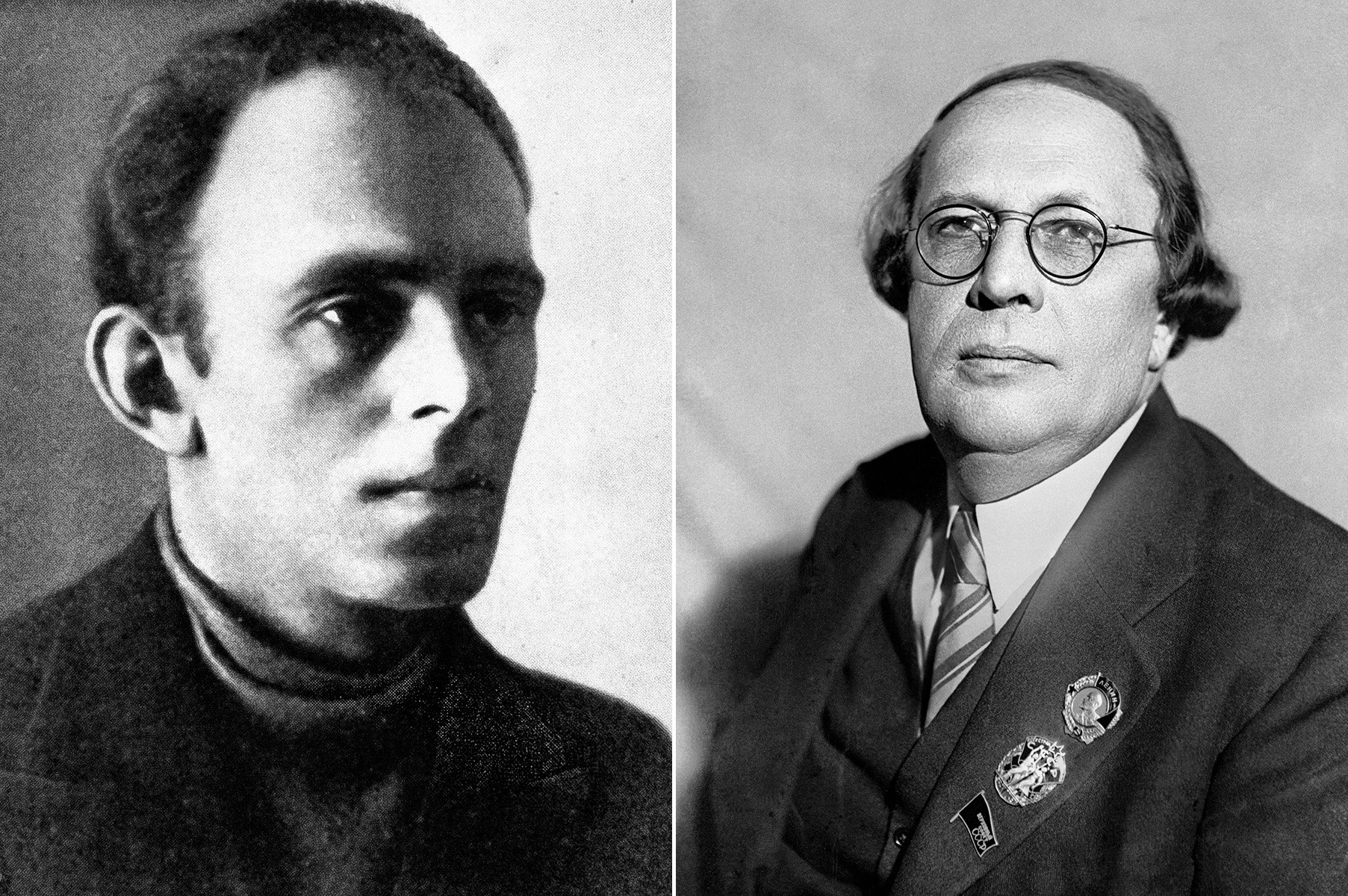 Osip Mandelstam, who arguably became one of Russia’s greatest poets, and his wife Nadezhda were very poor and could barely make ends meet. Despite that, Osip agreed to lend his friend and a fellow tenant in a writers’ dorm on Tverskoy Boulevard, poet Sergey Borodin, 75 rubles – an amount Osip and his wife could live a month on.

Borodin, however, wasn’t quick to return the money. When Osip saw Borodin’s wife carrying two bottles of wine home, he was infuriated at the fact that the Borodins hadn’t returned the money, but they were having a feast nevertheless. There was a row, in which Borodin attacked Osip and hit his wife Nadezhda. Mandelstam demanded an internal tribunal, which was conducted under the presidency of Alexey Tolstoy, an influential writer, and, more importantly, a friend of the powerful Bolsheviks.

Tolstoy ruled that Borodin should give the money back when he can. In addition, Mandelstam was infuriated at the fact that his wife’s honor wasn’t restored. A year and a half later, Mandelstam accidentally bumped into Tolstoy in St. Petersburg (some writers said he went there deliberately to seek out Tolstoy) and publically slapped him in the face.

“What are you doing? I will destroy you!” Tolstoy had hissed. The act was a shock, as not a single person in Soviet Russia would dare to do this.

Soon, Mandelstam was arrested and sent into exile, and later – to a concentration camp. Rumors circulated that Tolstoy either encouraged or didn’t stop the destruction of the poet. Nadezhda’s honor was restored, but the poet eventually perished in the camp. 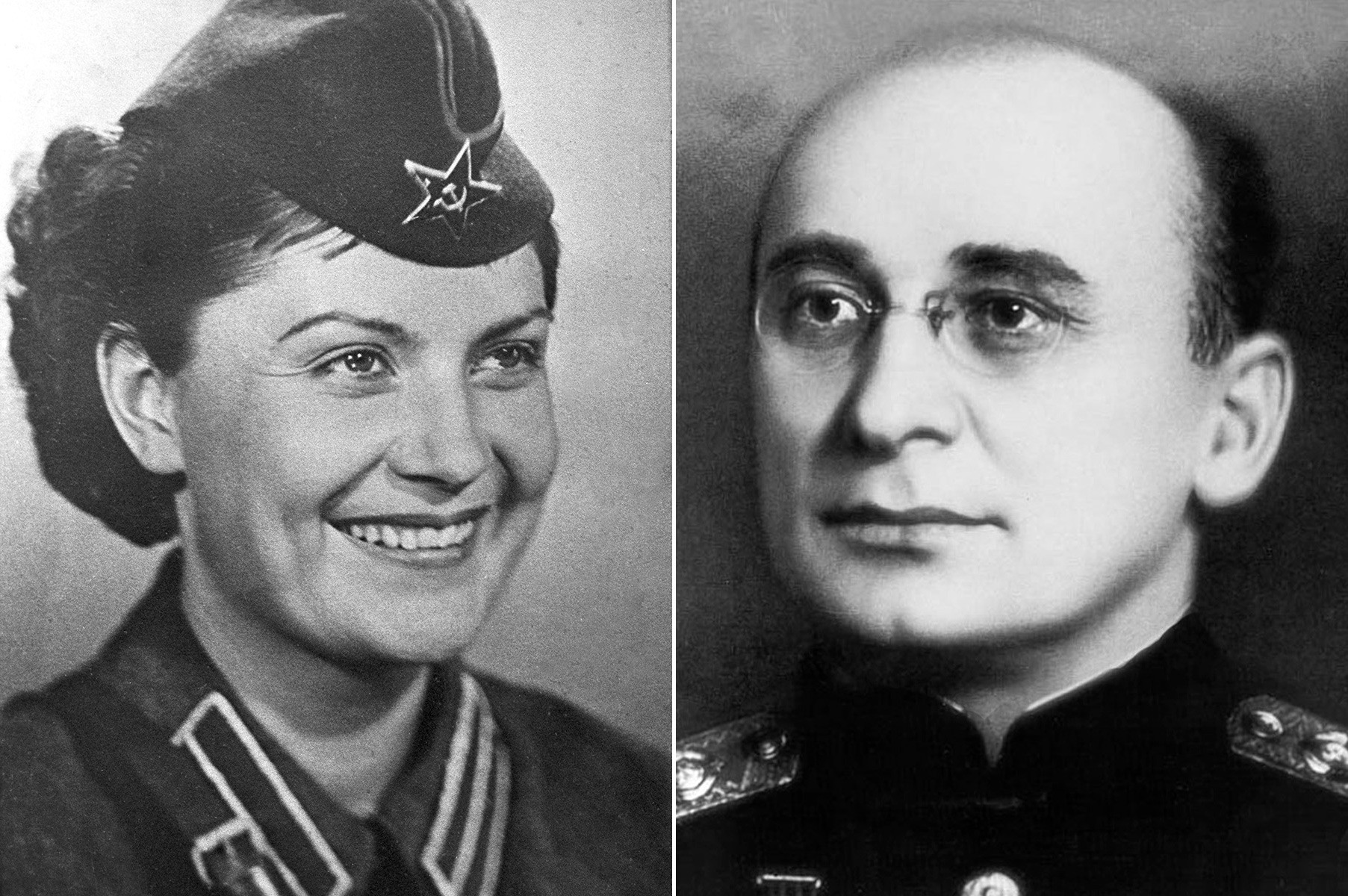 The name of the actress Evgeniya Garkusha is now long forgotten – she only starred in two movies. Her life and career were ruined because of a slap in the face she gave to one of the most feared men in the USSR – Lavrentiy Beria, Stalin’s foremost associate and the chief of Soviet internal affairs.

Evgeniya was a rising movie star. After the success of her first movie, she married Pyotr Shirshov, the first minister of the Ministry of Maritime Fleet of the USSR. But in 1946, it all unraveled.

Lavrentiy Beria, who was eventually arrested and executed after Stalin’s death, was one of the most feared men at the time. And he was a very filthy individual, who used his power to get any woman he wanted. When he approached Evgeniya Shirshova with some indecent proposals, the actress outright slapped him in the face. Within two weeks, she was charged with espionage and defection. 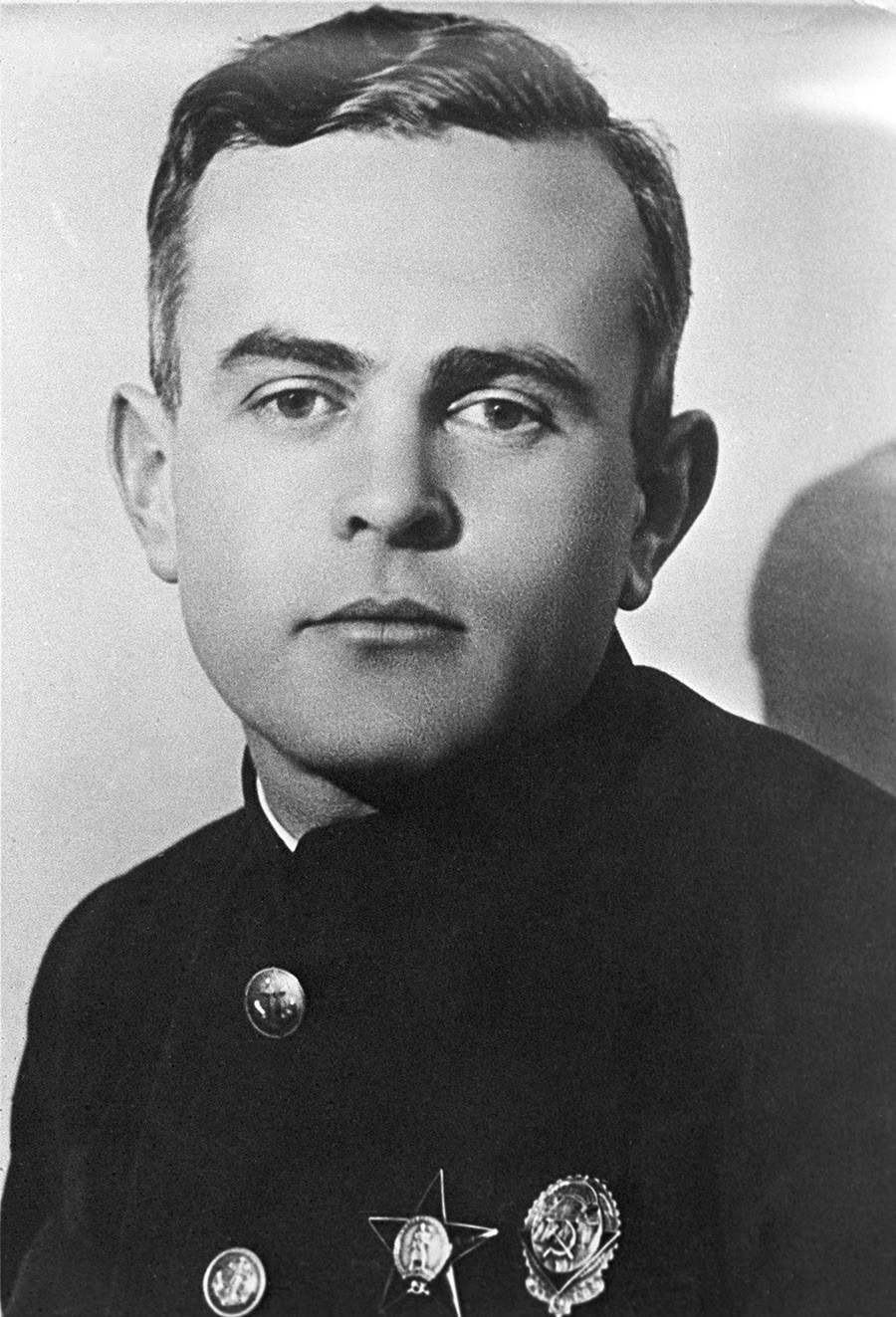 Pyotr Shirshov was unaware of his wife’s whereabouts. Desperate to find her, he reached out to Stalin himself, but the leader brushed him off, saying, “We’ll find you another wife.” Still, Shirshov didn’t stop his efforts and managed to reduce Evgeniya’s sentence. She ‘only’ got 8 years in the labor camps.

In 1948, Evgeniya took her life by taking a lethal dose of sedatives in a camp in Magadan. The same year, her husband was deposed from the minister’s office. He died of cancer in 1953. Garkusha was only posthumously rehabilitated in 1956. 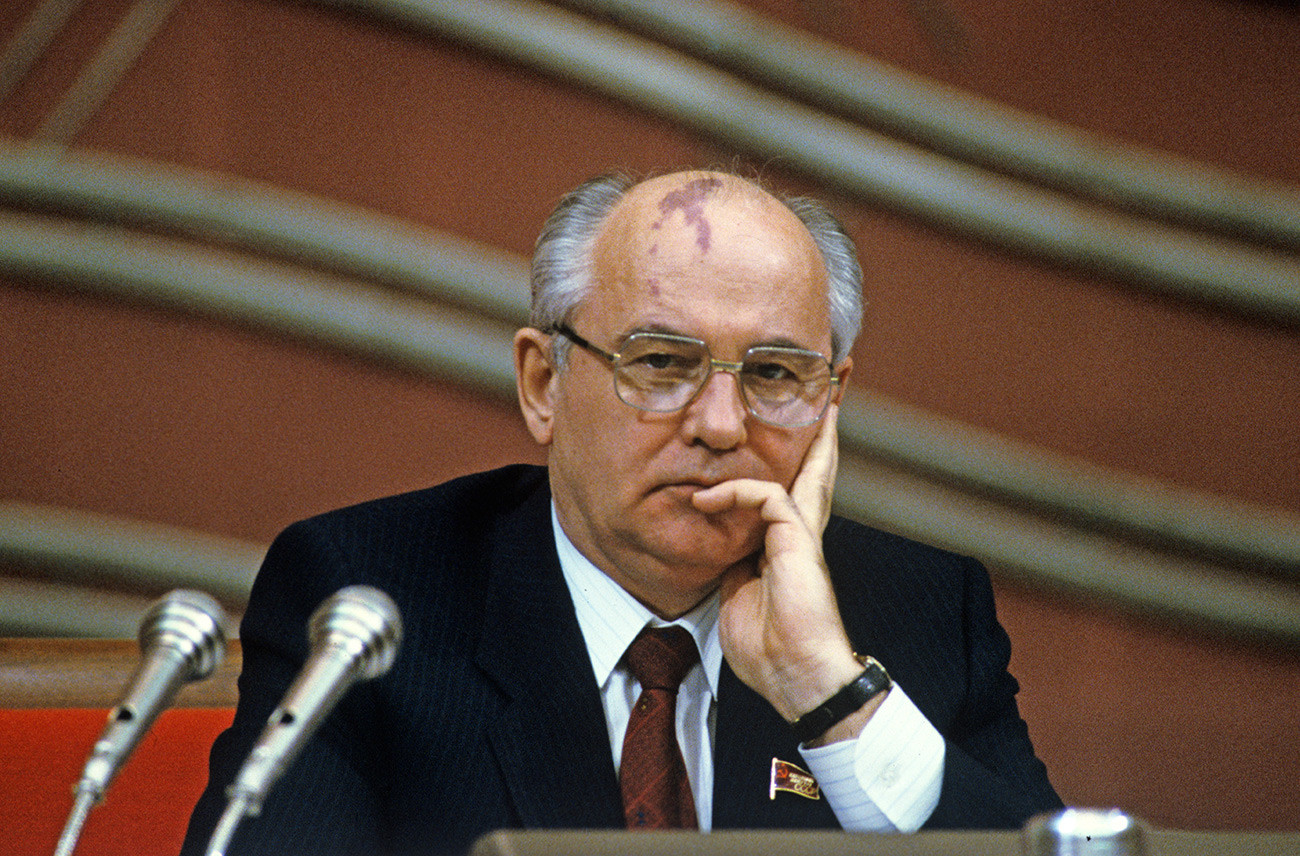 In 1996, Mikhail Gorbachev, the last president of the USSR, came to Omsk during Boris Yeltsin’s election campaign. Gorbachev was to speak publicly in Yeltsin’s support. He had 4 security guards with him. But, while Gorbachev was going up the stairs into the building he was to speak in, a 29-year old unemployed man named Mikhail Malyukov gave Gorbachev a slap in the face. The security detail neutralized him in a flash. But Gorbachev was deeply offended. He canceled all his events in Omsk. After a trial, Malyukov was declared insane and sent to an asylum, where he spent about a year and a half. After this, Malyukov’s name never resurfaced. In 1998, he refused to give an interview to a local newspaper, stating, “I’m done with politics.”

What were the motifs behind Malyukov’s slap? It is true that many people of the former USSR hated Gorbachev for ‘destroying the state’ – rumors also circulated that an old woman had spat on his head during a public appearance in another region. It is also rumored that after the slap, Malyukov said, “That’s for betraying the country’s interests, for the breakdown of the USSR!”

It is most likely that Malyukov really had some psychological problems. A man from Omsk, who served in the army with Malyukov, told a local newspaper that Malyukov was indeed in a troubled state of mind, which was apparent even in his early years.