Red Army officer who lost both hands and returned to battle

History
Boris Egorov
ISOGIZ Publishing House
The handless artillery major became the stuff of legend. Many believed him to be a fictional figure, because the reality was simply too astonishing.

Vasily Stepanovich Petrov, despite losing both hands in battle, had no intention of going back to civvy street, and instead returned to the thick of WWII. He continued to command an artillery battalion and fearlessly lead his troops.

Oct. 1, 1943, was a life-changing day for Artillery Captain Vasily Petrov, who commanded two batteries during the Battle of the Dnieper. Thanks to his iron steadfastness, Soviet gunners were able to repel four enemy attacks, destroying four tanks and two mortars in the process.

But a direct hit by a shell on a piece of artillery seriously wounded both his hands. On being taken to the hospital, Petrov was initially written off as a lost cause. Only by pointing their weapons did the officers manage to force the doctors to operate him. 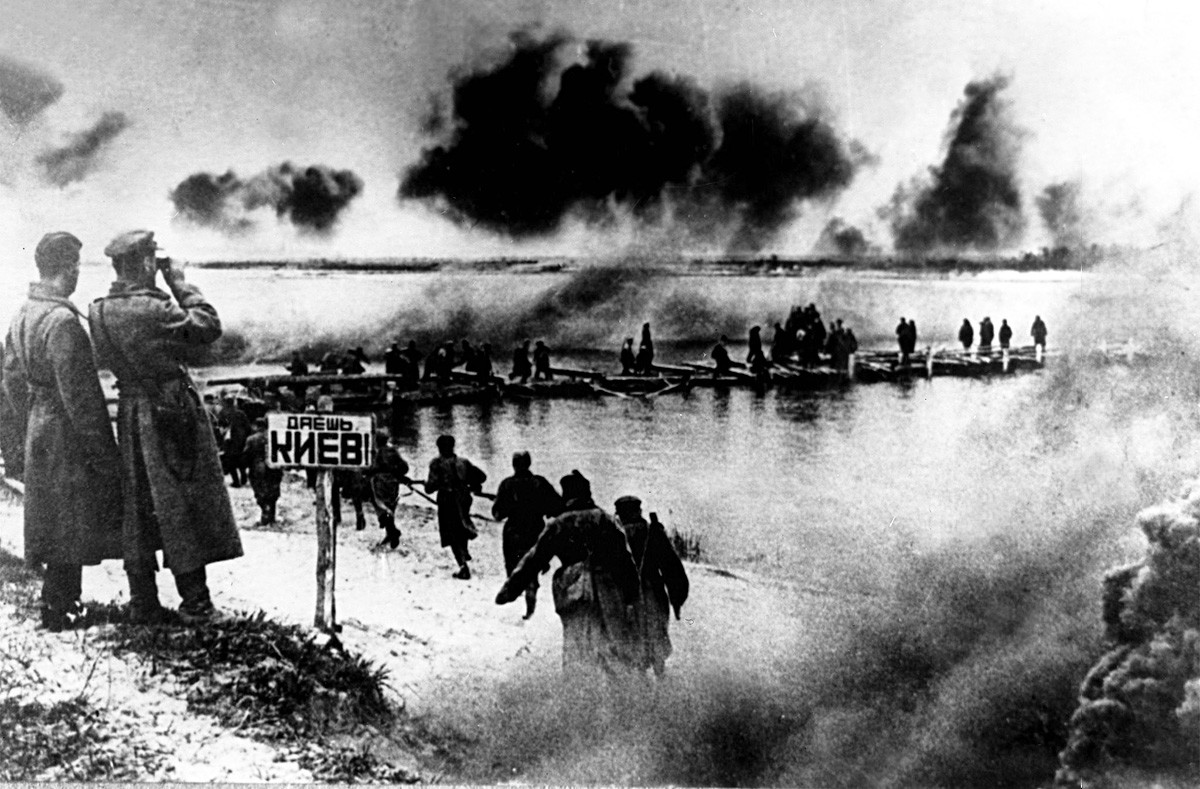 His life was saved, but both hands had to be amputated. Vasily Petrov now faced the sternest test of his already battle-scarred life.

Back to the front

“The first six weeks in the hospital were agony. When I came round, I felt this unbearable pain throughout my whole body and screamed until all my strength deserted me. And then it all started over. Later, when the pain subsided and I realized the full horror of my situation, it seemed that life had lost all meaning. To suppress the psychological torment, I smoked a lot, sometimes up to a hundred cigarettes a day. ‘What happened? Why has fate been so cruel to me?’ I asked myself and got no reply.”

In the end, Vasily conquered his inner demons, and took a decisive step – his hands were gone, but not his clarity of mind or ability to command. He had to return to the front. 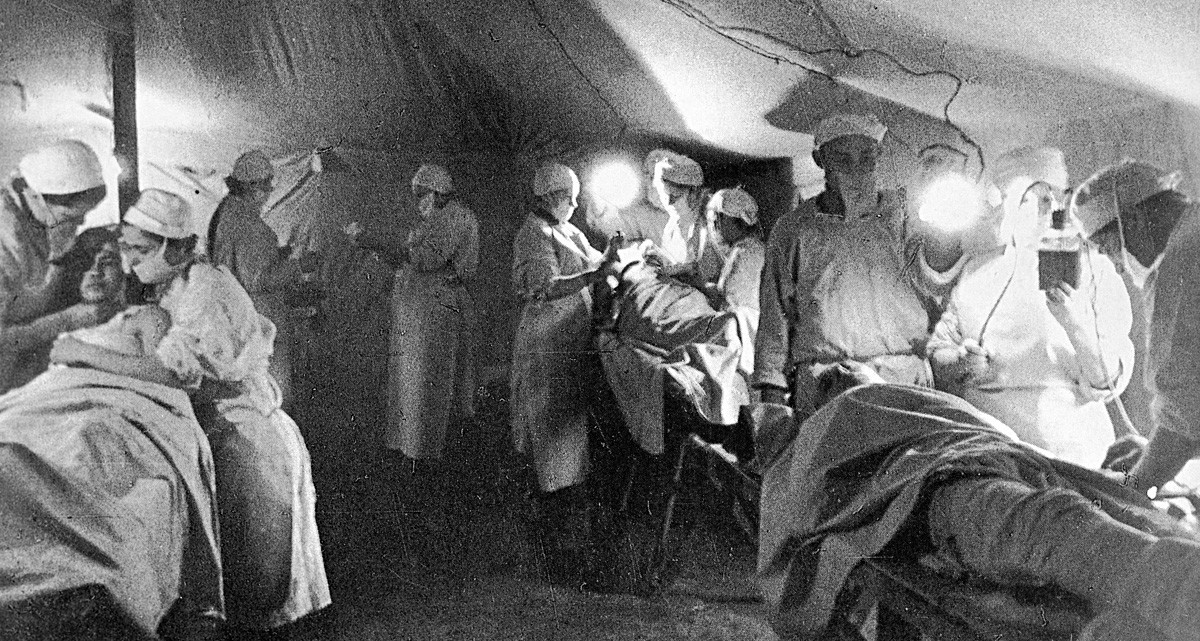 Petrov refused to remain in the rear and rejected a good post as a secretary to one of the Moscow district committees. Having overcome the objections of the medical commission and personnel officers, he returned to his unit, where he was warmly welcomed by his comrades-in-arms.

Although Petrov could no longer shoot or throw grenades, he knew that his excellent military training and combat experience would prove invaluable in commanding the artillery. And he could not have been more right.

Awarded the rank of major, Vasily Petrov ended the war as Commander of the 248th Anti-Tank Artillery Regiment. He spent the entire conflict on the front line, constantly directing his troops in conditions of heavy enemy artillery and mortar fire. 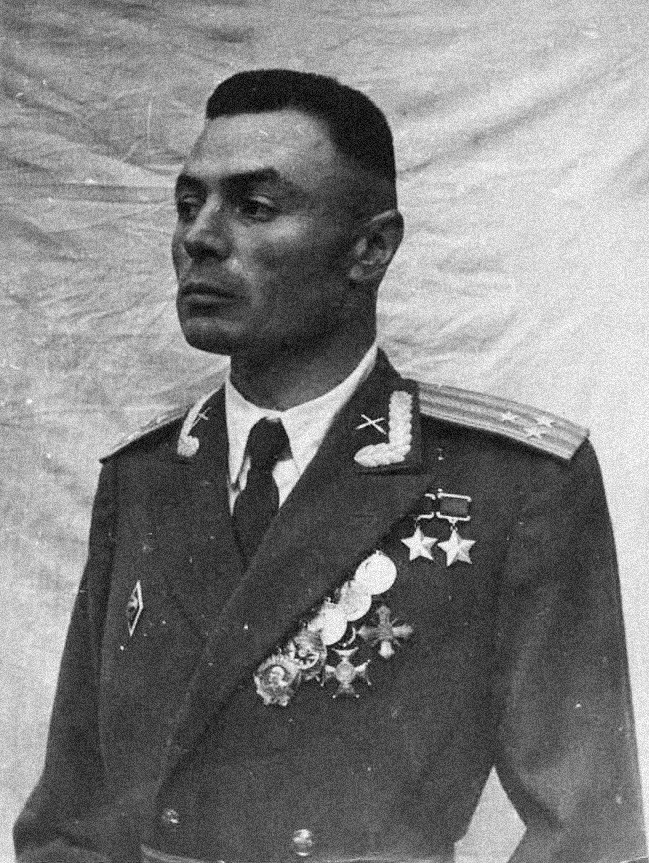 Shortly before war’s end, on April 27, 1945, during a period of intense fighting, Petrov personally led his battalion on the attack and was again seriously wounded.

The handless artillery major became the stuff of legend. Many believed him to be a fictional figure, because the reality was simply too astonishing.

Two-time Hero of the Soviet Union, and awarded the Order of Lenin and the Red Banner, Vasily Petrov was personally appointed by Stalin to the ranks of the Armed Forces of the USSR for life.

The end of the Great Patriotic War did not put a stop to Vasily Petrov’s struggles. He did everything he could to keep in good physical and mental shape. Despite his injuries, he walked many miles and did hundreds of squats. 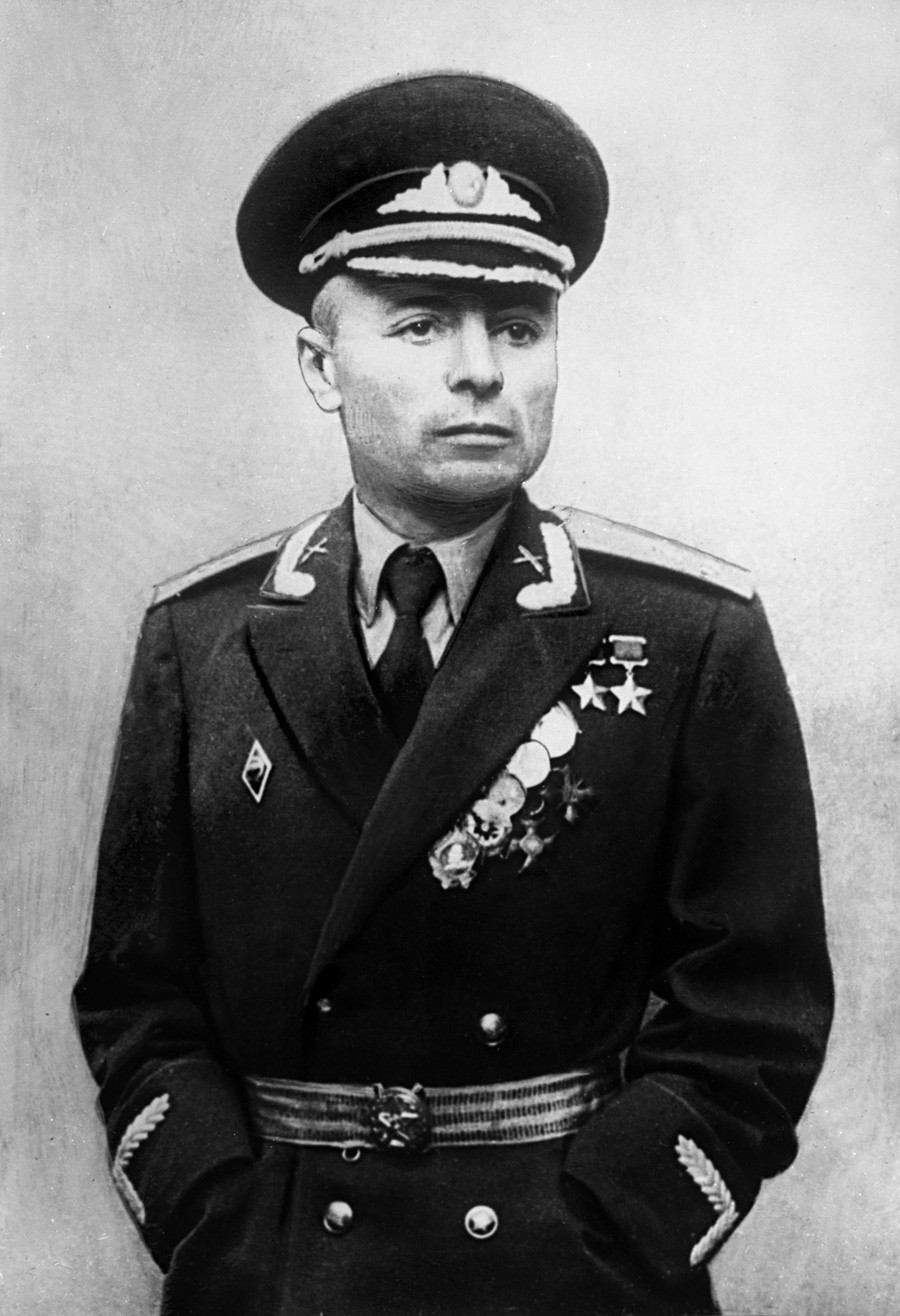 Petrov went on to complete his university education, and wrote thousands of pages of handwritten memoirs with the help of an artificial limb, which later appeared in two volumes under the title The Past with Us.

Petrov’s life was inseparably linked with the army and remained so until the very end through various positions in the artillery and missile forces. After the collapse of the Soviet Union, he retained his status in military service for life, only now as part of the Ukrainian army. Vasily Petrov died in Kiev in 2003 at the age of 81.

Back in the 1970s, Lieutenant General Vasily Petrov recalled: “Every soldier is inclined to believe in fate. I was convinced my time had come, and decided to die. It didn’t happen in the hospital. So I returned to my comrades on the frontline to die on the battlefield. But fate decreed otherwise.”