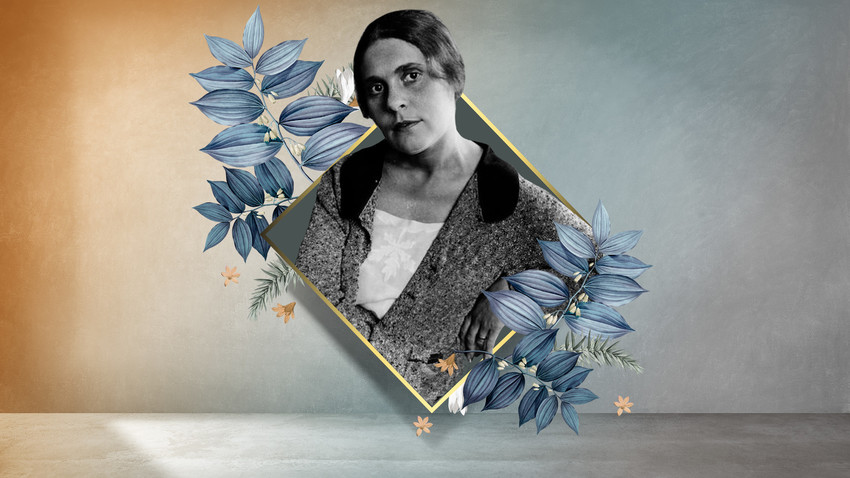 rawpixel.com / freepik, Alexander Rodchenko/MAMM/russiainphoto.ru
Communists spent decades trying to erase Lilya Brik's name from the nation's collective memory. The "muse of the Russian avant-garde" was one of the symbols of free love and women's power in post-revolutionary Russia.

“Some call her the second Beatrice, a wise inspirer, Mayakovsky's kindred spirit. Others, a mercenary witch, a vampire, who attached herself to the troubled genius, to his fame and money, and who drove him to suicide,” present-day biographers write about her.

The stormy affair between the legendary “singer of the revolution”, Vladimir Mayakovsky, and a “proponent of depravity”, Lilya Brik, lasted 15 years, until the poet's suicide in 1930. He devoted poems and hundreds of love letters to her. It was probably this affair that most of all contributed to her going down in history, yet it also left her with hundreds of enemies, who tried to erase any trace of her, even from documents. So, who exactly was this femme fatale?

Lilya was born in 1891 to a wealthy Jewish family. Her father was a lawyer and the family lived in the center of Moscow. Her parents often took little Lilya and her younger sister, Elsa (the future heroine of the French Resistance, Elsa Triolet) with them to European resorts. 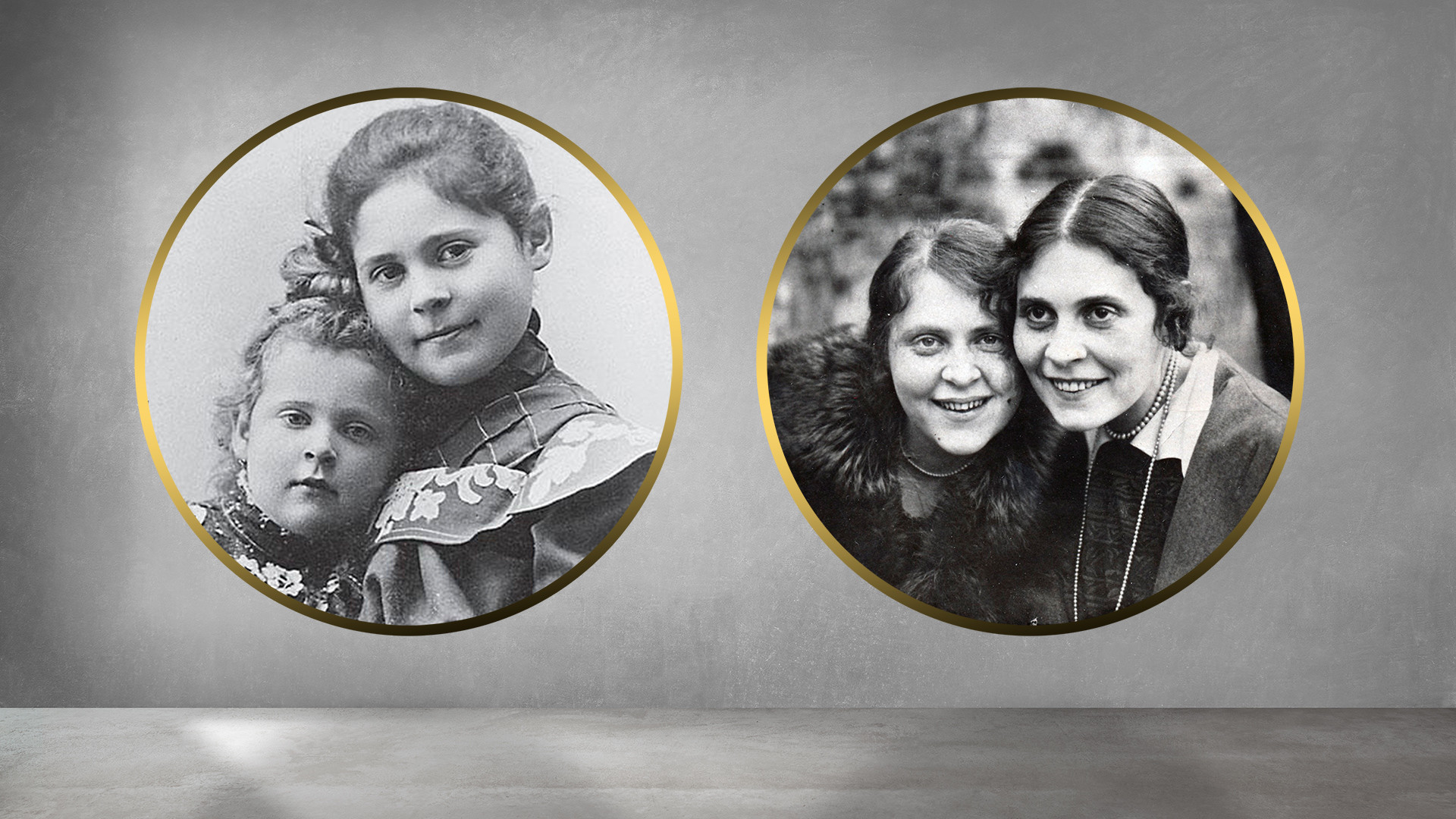 The girls were under the constant care of a governess. They became fluent in German and French, learned to play the piano and studied at a grammar school. It was there that at the age of 13, Lilya met her future husband, Osip Brik: in the wake of the revolutionary anti-monarchist unrest of 1905, Lilya began to attend political education clubs, one of which was headed by Osip, the son of a jewelry merchant.

“All our girls were in love with him and etched the name Osya with a penknife on their desks,” Lilya recalled. His low-key courtship of Lilya lasted seven years. Up until the moment she became pregnant. However, the father was not Brik but ... a music teacher, Grigory Krein. Under pressure from her mother, Lilya had an abortion, after which she could no longer have children. And Brik finally proposed. 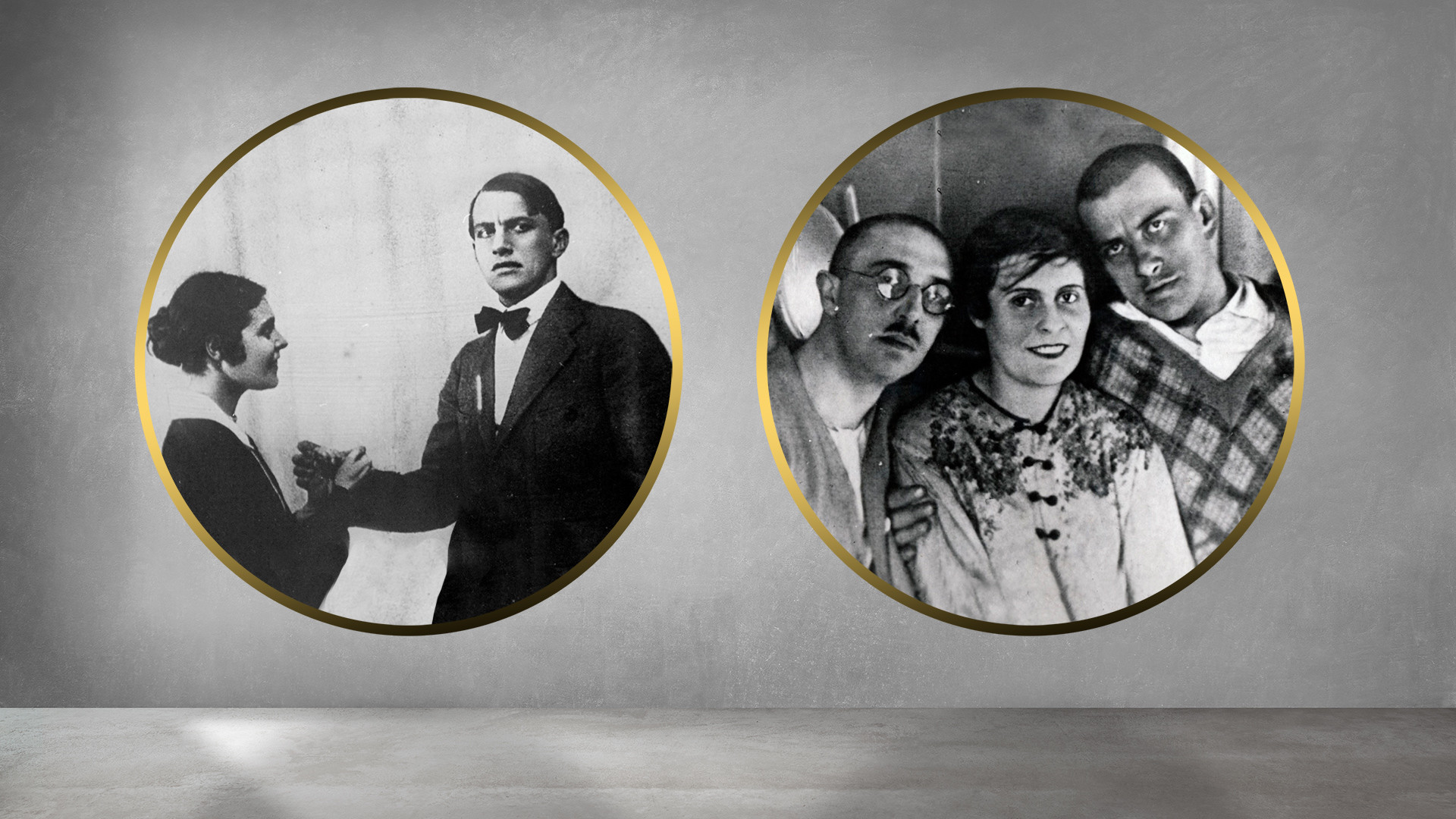 However, Osip very quickly ceased to be a husband to her in all respects. In 1914, Lilya wrote: “I already led an independent life, and physically we somehow drew apart... A year passed, we no longer lived as husband and wife, but we were friends, perhaps even more so than before. That was when Mayakovsky came into our life.”

Meeting with the poet

By that time, Vladimir Mayakovsky had been in a relationship with Lilya's younger sister for two years. But having met Lilya, he broke up with Elsa, and dedicated the poem A Cloud in Trousers to his new muse. 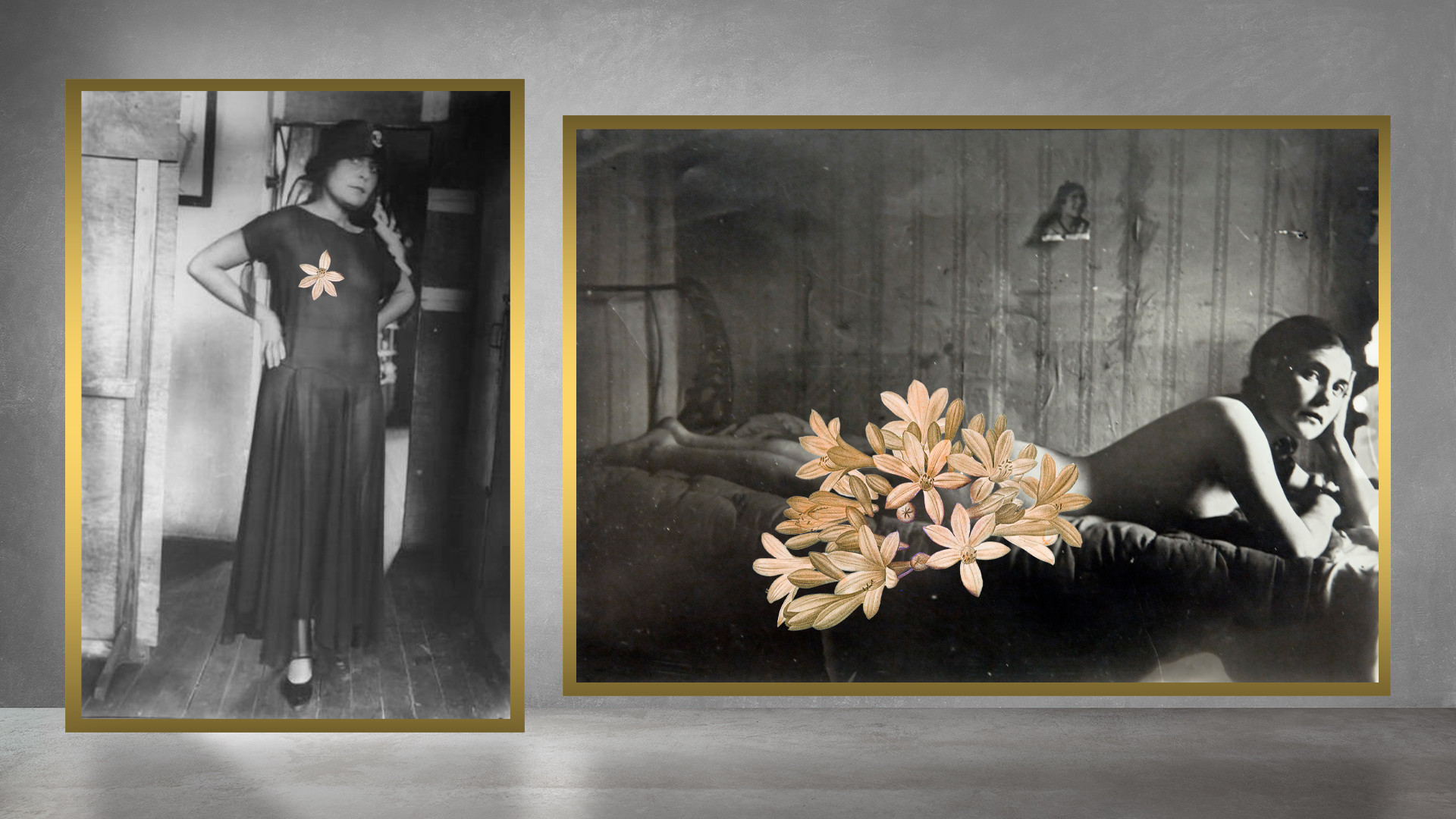 The well-off Osip even offered to finance the publication of the poem - he became a kind of a promoter for Mayakovsky. In the meantime, Lilya started working on the poet's image: she made him change his brightly-coloured cubo-futuristic robes for a coat and formal suit and have his teeth done. In other words, there were three of them in that relationship.

“It was an onslaught. Volodya did not just fall in love with me, he attacked. For two and a half years I did not have a minute of peace, literally,” Brik recalled. The impulsive Mayakovsky wrote her letters every day, called her all the time, and waited for her under her windows.

A woman with a heightened sexual curiosity

Osip was not troubled by his wife's affair. All the more so, since the country was living through a sexual revolution - free love became a symbol of the time. “I loved making love to Osya. On those occasions, we locked Volodya in the kitchen. Then he would rage, trying to join us, scratching at the door and crying,” Lilya once told a friend. 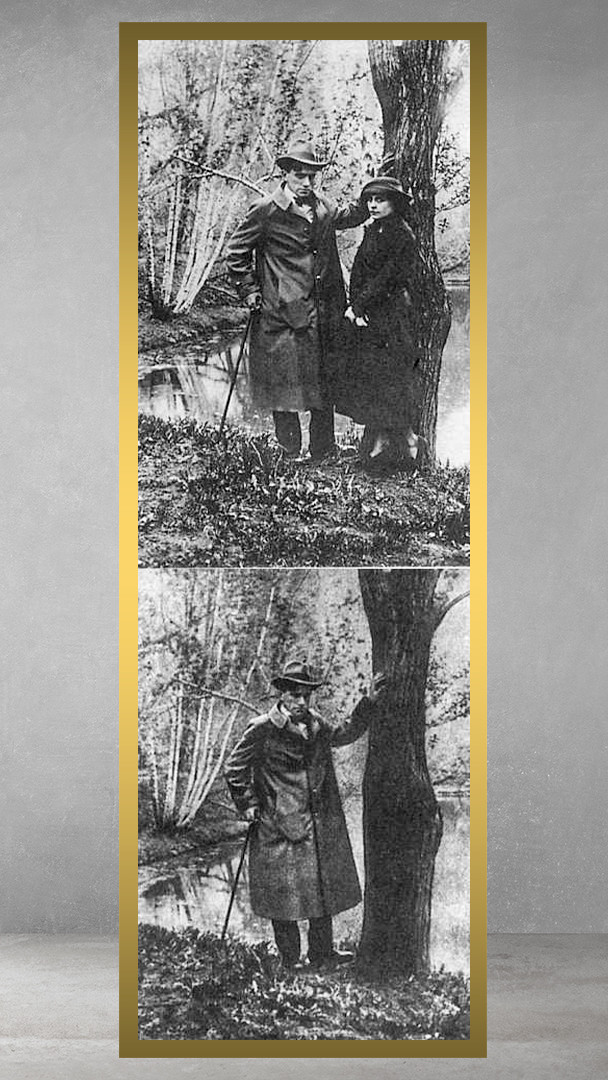 Mayakovsky and Brik. Lilya was removed from this photo in 1960s.

According to actress Alexandra Azarkh-Granovskaya, who belonged to the Briks' circle of friends, Lilya had “a heightened sexual curiosity”, which could not be said for her husband.

After the 1917 Bolshevik Revolution, the situation turned upside down. Mayakovsky, as a devoted Bolshevik, began to make good money on his poems, whereas Osip Brik's business went pear-shaped. It was then that Lilya told her husband she was now with Mayakovsky, yet she did not want to divorce him. Thus, both moved to the poet’s apartment, lived and traveled at his expense, with Mayakovsky calling Osip a part of the “family”. Their relationship became an “ideal" for those who advocated free love. In the meantime, rumors of Lilya Brik’s numerous sexual liaisons grew. 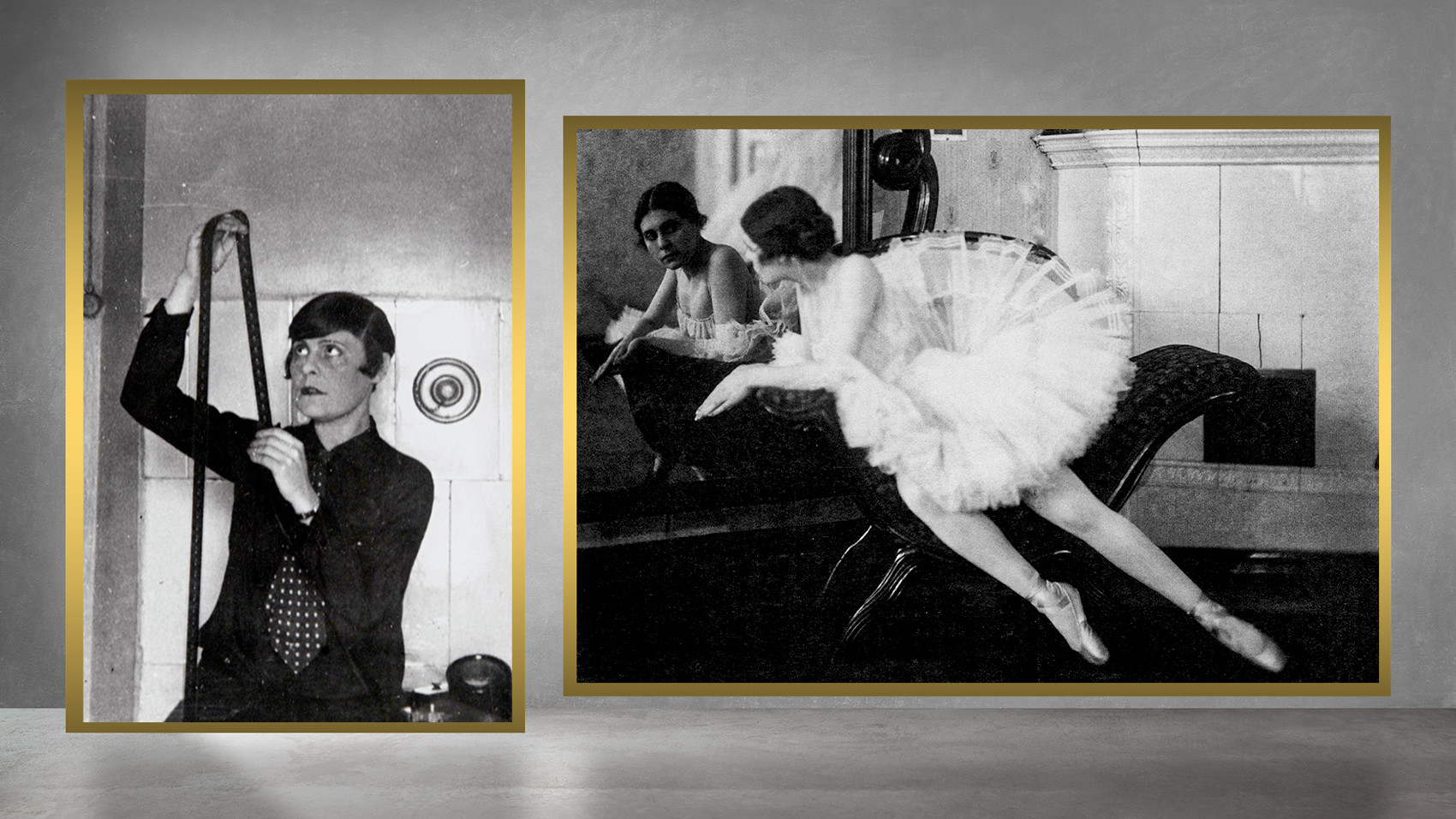 “Osip did not only let Lilya play around, he also visited brothels with her,” writes Alisa Ganieva, the author of Lilya Brik's biography L.Yu.B. However, Osip had a different interest in prostitutes - he was writing a PhD thesis about them and was something of a “social worker” (giving them legal assistance). However, he took his young wife with him there for fun.

An influential woman who was erased from history

Contemporaries' attitude to Lilya was mixed. Men adored her: the list of Brik's admirers included practically the entire circle of Russian avant-garde artists and prominent culture figures, from Alexander Rodchenko to Sergey Diaghilev. In Italy, she was friends with Pasolini, in France, with Louis Aragon (who would eventually marry her sister Elsa) and Yves Saint Laurent, who used to say: “I know three women who can be elegant outside of fashion - Catherine Deneuve, Marlene Dietrich and Lilya Brik.” 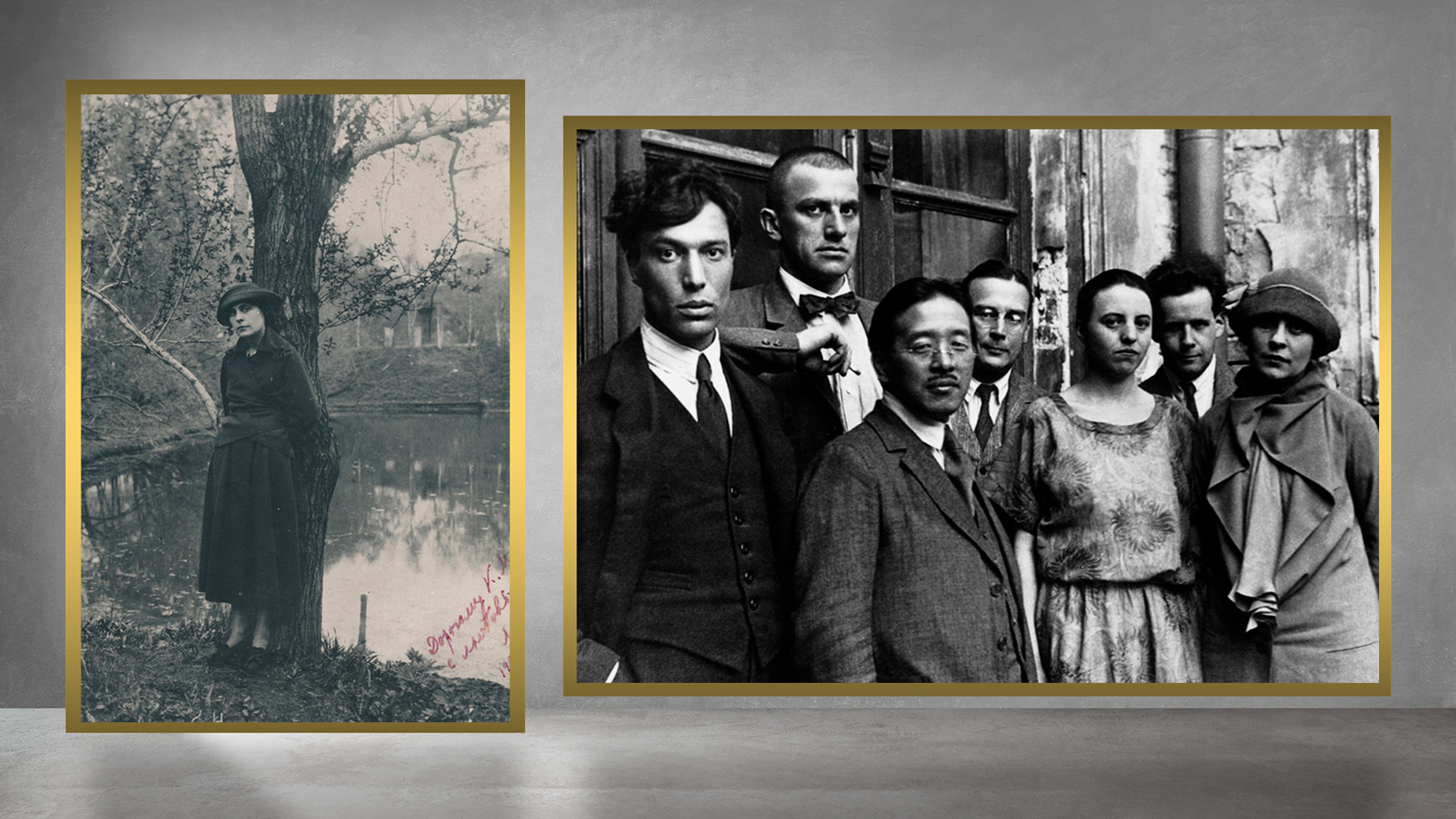 Professionally, Brik was everything and nothing: she tried to be a sculptor, a writer, a film actress, she worked in advertising and took ballet lessons. She did not achieve great results in any of these fields. Yet, she founded one of Moscow's most famous literary salons of the 20th century. That salon outlived all others. “The literature was canceled, there was just the Briks' salon left, where writers met with KGB operatives,” Anna Akhmatova, who was not invited to the salon, openly said.

However, after Mayakovsky shot himself in the heart at the height of his fame, their romance turned into a tragic legend, and Brik was practically declared the poet's killer. Especially after she released their correspondence: there were hundreds of letters with declarations of love from Mayakovsky and terse answers and requests to send money from Lilya.

Nevertheless, when after Mayakovsky's death his poetry soon began to be forgotten, Lilya, as his executor (named as such by the poet in his will), took a lot of effort to prevent it. She wrote a letter to Joseph Stalin, who issued an order to ensure that the poet's legacy was not forgotten. So it was largely thanks to her that a whole industry was created around Mayakovsky, with his statues erected all over the country, his works reprinted, and collective farms and plants named after him. 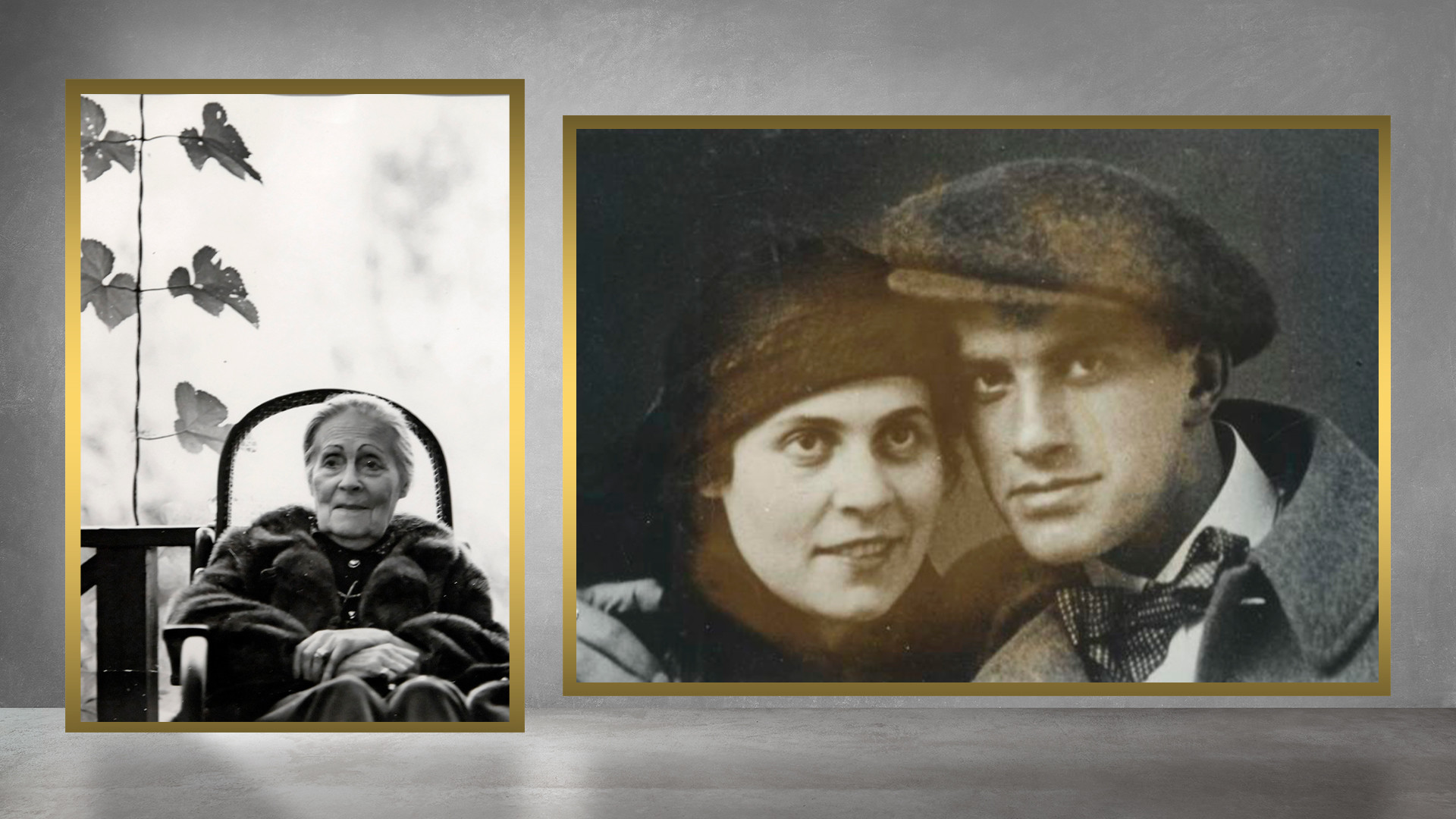 Lilya herself soon divorced Osip and moved from one subsequent husband to another. In the 1970s, she wrote in her journal: “I had a dream - I am angry at Volodya for shooting himself, and he so gently puts a tiny pistol in my hand and says: 'Anyway, you will do the same.'”

In 1978, at the age of 86, she fell from a chair and broke her hip. Not wanting to become a burden to anyone, she took a lethal dose of sleeping pills.