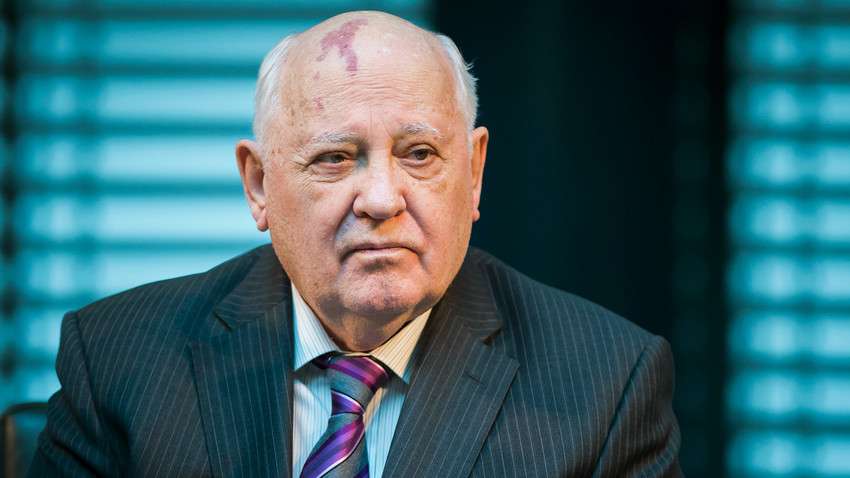 AFP
While Mikhail Gorbachev’s domestic reforms remain doubtful at best (as they ended with the Soviet state collapsing), some believe his foreign policy let the world reduce the tensions of the Cold war.

“A leader must pay attention to domestic affairs and have serious leverage at home,” Fyodor Lukyanov, editor-in-chief of Russia in Global Affairs journal, says while talking about Mikhail Gorbachev. “And if a leader, however popular abroad, doesn’t enjoy enough support at home… well, Gorbachev’s example proves that this is a weak position.”

Indeed, Mikhail Gorbachev’s USSR, suffering from severe economic crises, wasn’t a stable state and, despite all his efforts, fell apart, which is hardly a compliment as a leader. And it leads to many Russians doubting Gorbachev’s legacy: in 2016, 58% believed he “played a negative role in Russia’s history.”

At the same time, while his domestic policy was questionable, on the international arena Gorbachev made many changes (some would argue for the better), given that before him, the Cold War was at its peak, with Moscow and Washington on the brink of war. Here’s what he did.

1. Withdrawal of troops from Afghanistan 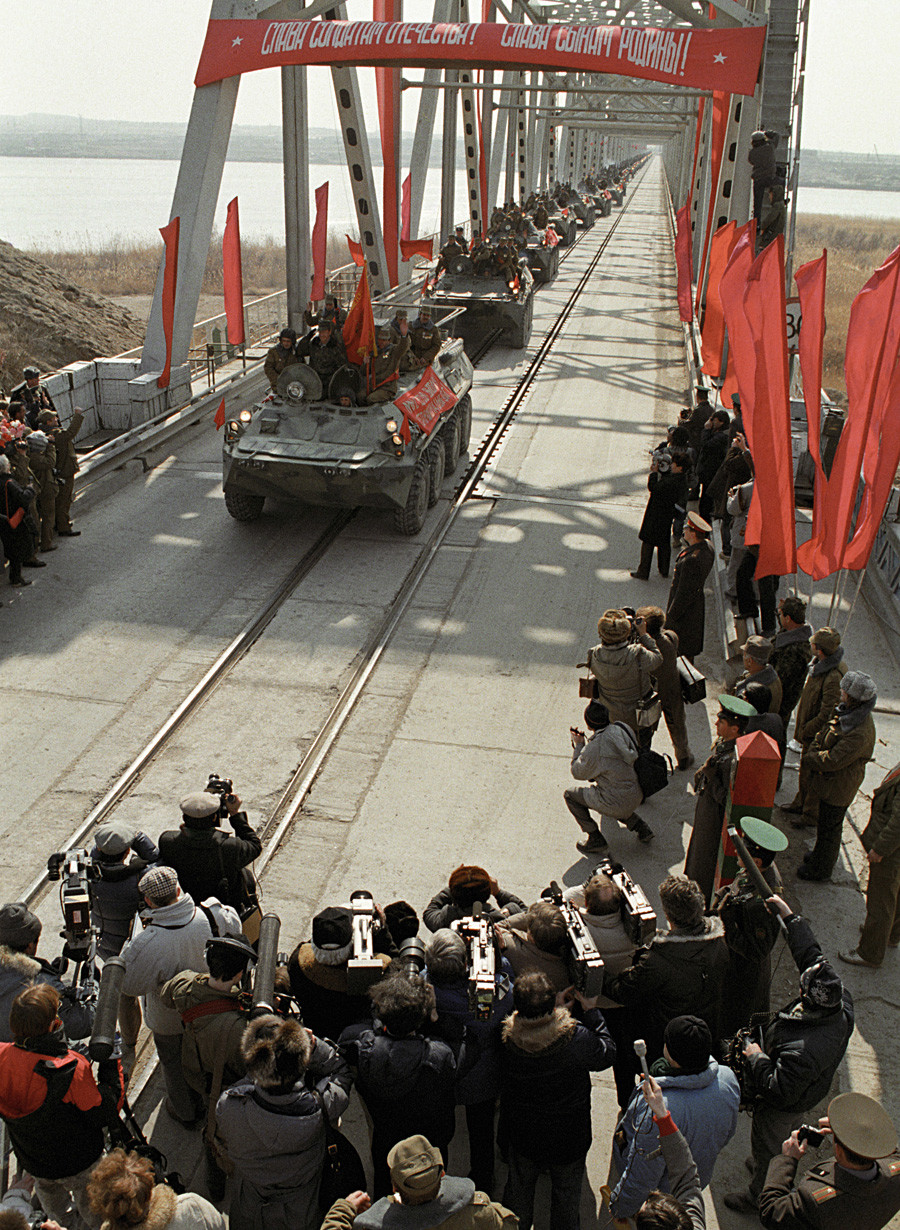 For nine years (Dec. 1979 – Feb. 1989), the USSR had been burdened by the Afghan War, where it tried to guarantee the continued power of the pro-Soviet government. The Afghan War became “the USSR’s own Vietnam”, as Zbigniew Brzezinski, former national security advisor of U.S. president Jimmy Carter, once said, and cost 15,000 Soviet lives.

So Gorbachev ended it: in February 1989, the Soviet military contingent left Afghanistan for good. “We finished this grim chapter,” Gorbachev recalled 30 years later. “Everyone [in the government] agreed: it’s impossible to solve the Afghan problem by military means.”

What followed: The pro-Soviet government fell in no time, but the war wasn’t over, as the Taliban took over again, which led to the U.S. invading Afghanistan in 2001. 30 years on, Afghanistan is still not at peace.

2. Adoption of “the Sinatra doctrine” 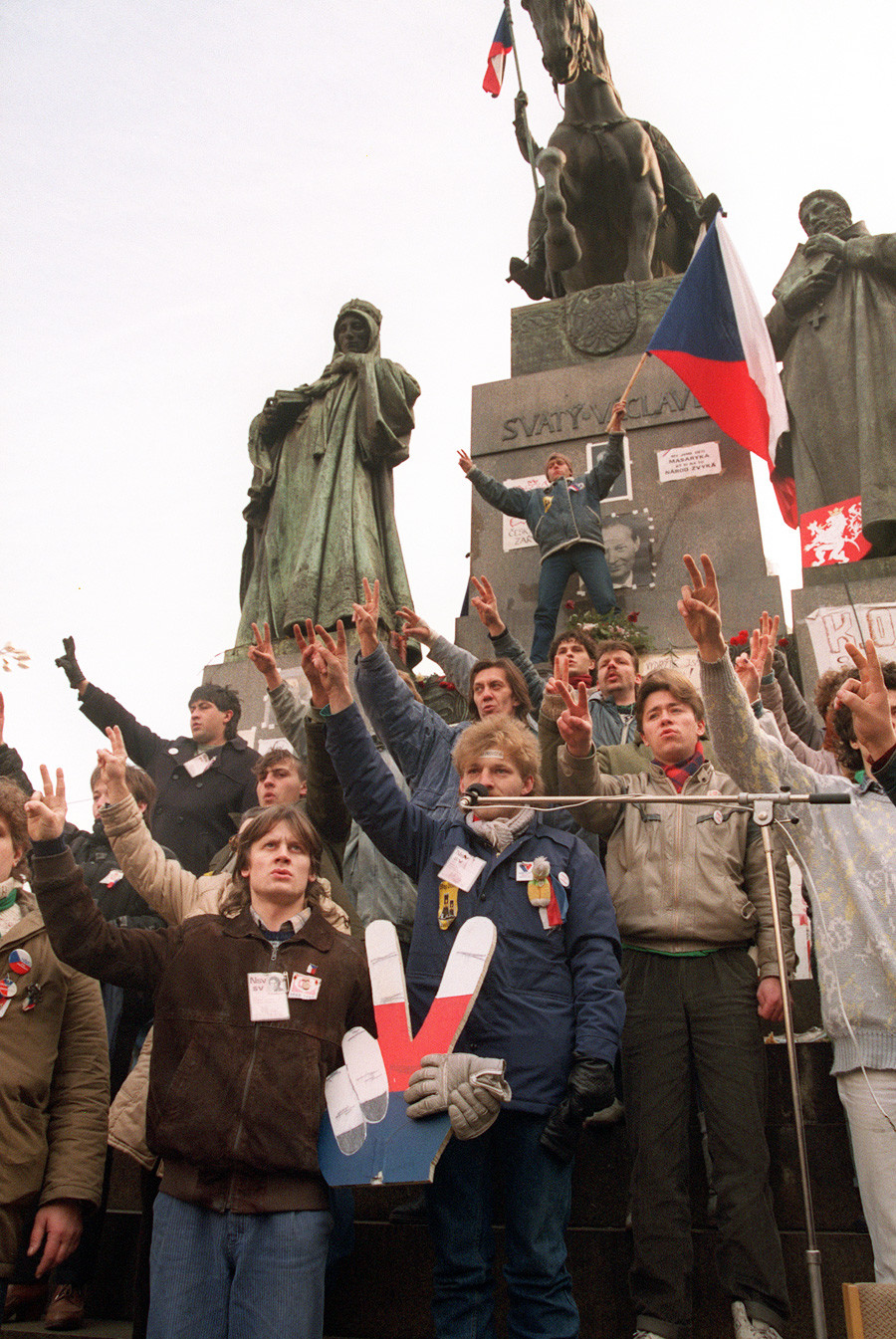 Fall of the Communist government in Czechoslovakia, celebrated by the locals.

In October 1989, commenting on Mikhail Gorbachev’s new approach towards the socialist states of Eastern Europe, Soviet Foreign Ministry’s spokesman Gennadi Gerasimov said jokingly: “We now have the Frank Sinatra doctrine. He has a song, My Way. So every country decides on its own which road to take.”

That meant Moscow was no longer eager (or able) to support the Communist governments in such countries as Poland, Hungary, Czechoslovakia, no matter what: from that moment on, the Eastern Europe was free to choose its own way.

What followed: It’s unclear if it was expected, but the Warsaw Pact countries turned out to be fed up with socialism to such an extent that, by the end of 1989, communist governments were falling everywhere. In 1991, the military organization of the East Bloc, the Warsaw Pact, officially ceased to exist. 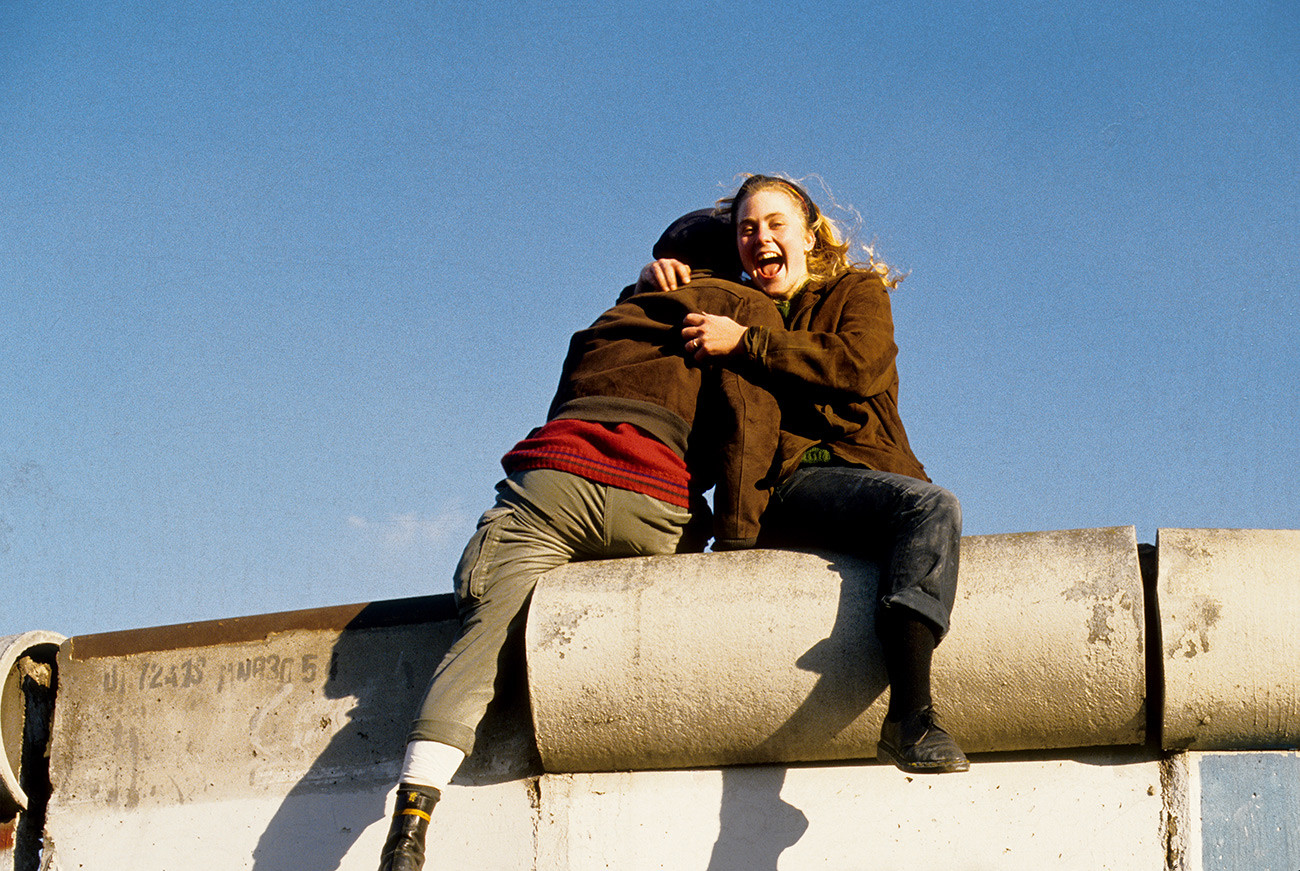 “Mr. Gorbachev, tear down this wall!” U.S. President Ronald Reagan urged the Soviet leader in 1987, during a speech in Berlin, a city that had been cut in two by a wall separating West and East Germany, since 1961. Reagan knew who to talk to: the USSR was East Germany’s political sponsor and had a serious military contingent deployed in the country.

And Gorbachev reacted to his call – not with words, but with action. By late 1989, there was no sense in the wall’s existence: as Hungary opened borders with Austria (the Sinatra doctrine in action!), one could get from East Germany to West via Czechoslovakia, Hungary and Austria. On November 9, 1989, East German authorities opened the border and the wall was brought down.

“Not only did we not try to use the power of the Soviet battalions deployed in the GDR – we did everything possible for this process to go peacefully,” Gorbachev noted in 2019. “How could we prevent the GDR from uniting with the FRG if the GDR’s people wanted it?”

What followed: Germany reunified fully in 1990. Chancellor Angela Merkel called the day the Berlin Wall fell “the moment of happiness” for all Germans. 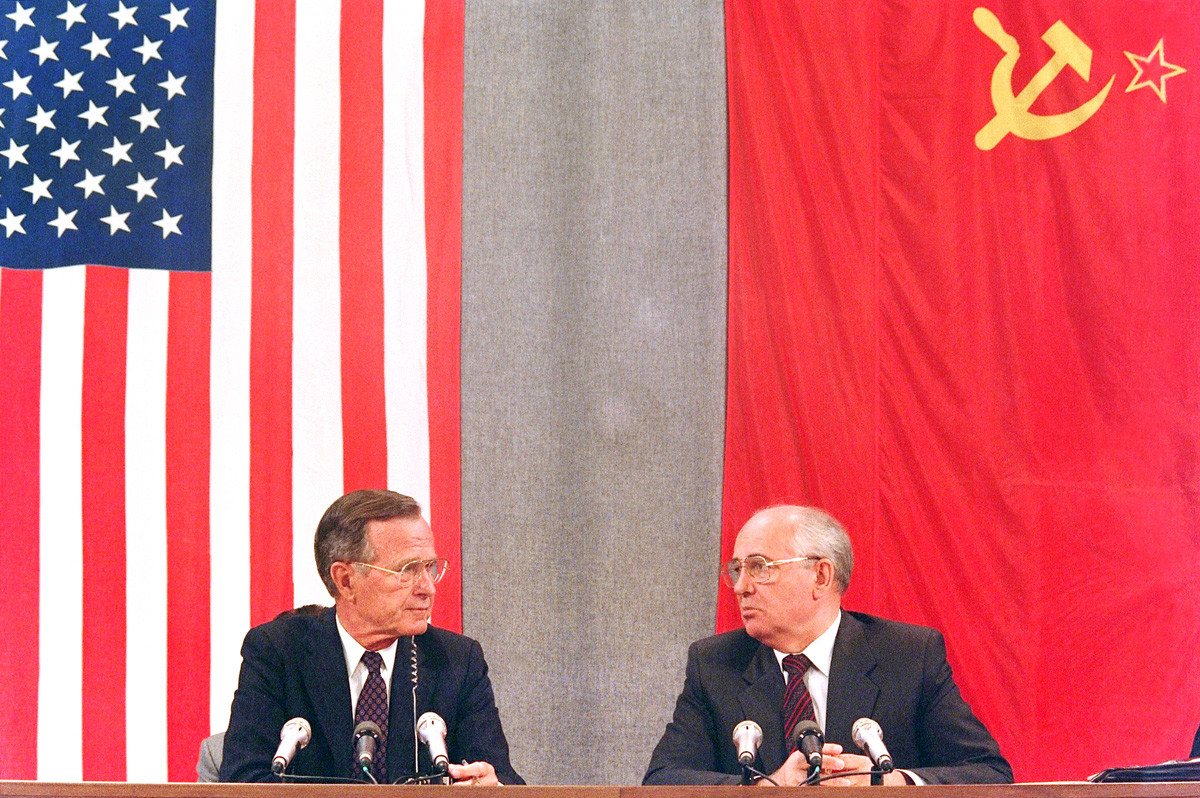 Mikhail Gorbachev and George Bush in 1991.

One of Gorbachev’s most important achievements was slowing down the nuclear armaments race (if not stopping it entirely). In 1987, he and Ronald Reagan signed the INF Treaty, which banned both Soviet and American missiles with ranges of 500–5,500 km (short- and intermediate-range). For the first time in the world’s history, two nuclear superpowers obliged themselves to get rid of a whole class of weapons, making Europe a far safer continent.

The other crucial Soviet-American treaty of Gorbachev’s era was the START-I (Strategic Arms Reduction Treaty), signed in 1991, just months before the USSR fell apart. The START-I treaty limited the two powers to have a maximum of 6,000 nuclear warheads atop a total of 1,600 carriers (ballistic missiles and bombers), which led to the largest removal of nuclear arms in history.

“Such openness in the most secret field, between former opponents, was unprecedented,” Vladimir Dvorkin, former Gorbachev’s associate, wrote. “Even close allies such as the U.S., Britain and France never reached such a deal.”