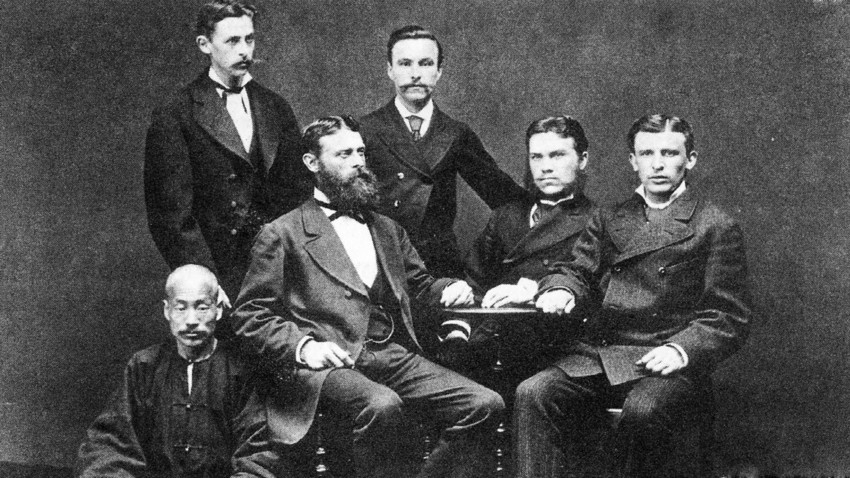 Public domain
A story about those who found their second home in Russia - and ended up greatly adding to its development.

In the mid-19th century, Russia was conquering massive swaths of land and establishing new cities in the Far East. In 1856, Blagoveschensk was founded on the shores of the Amur River; in 1868 - Khabarovsk, and two years later - Vladivostok, on the shores of the Sea of Japan.

The new cities were in need of a wide variety of goods, having been separated from Moscow, the capital of the Russian Empire, by a vast distance, which made logistics and trade very difficult. Fortunately, opportunistic merchants from neighboring countries - China, in particular - helped to fill that gap. 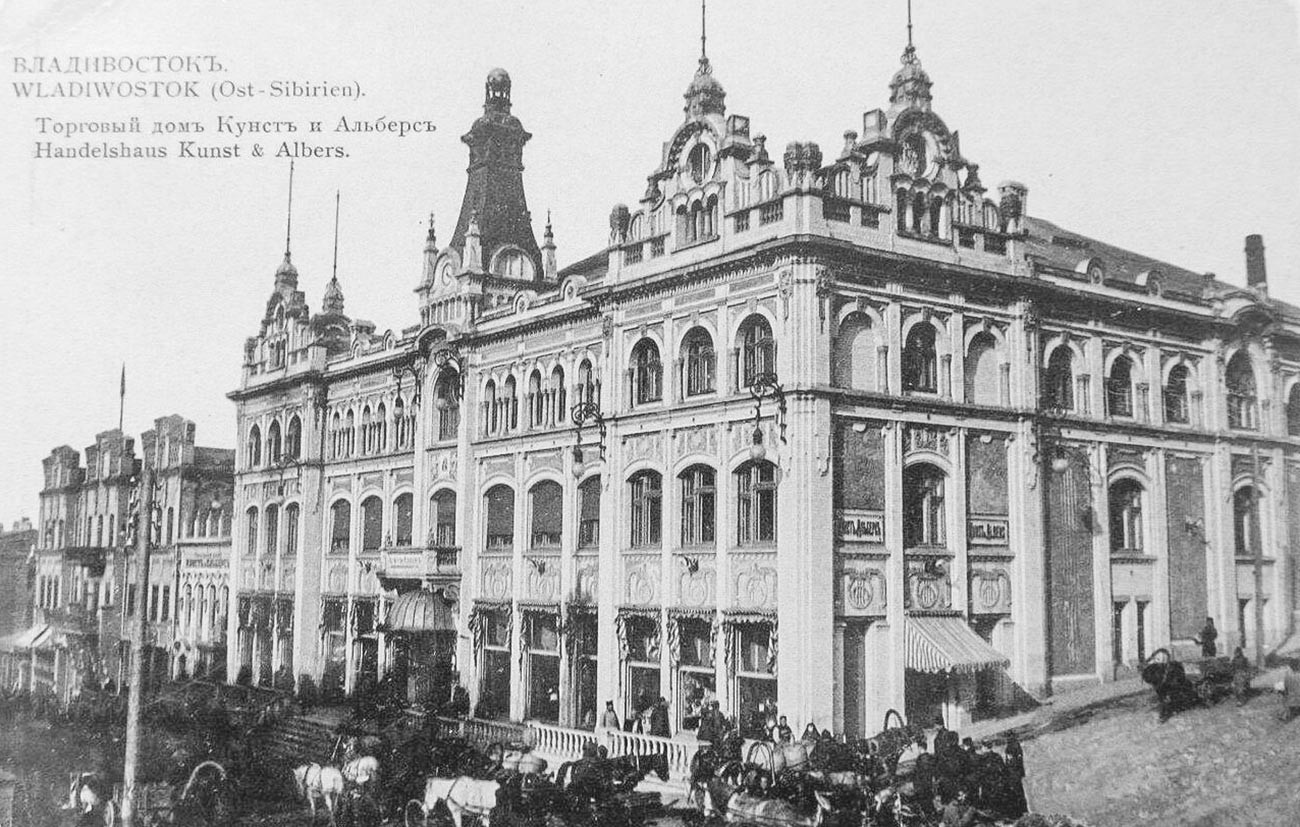 German traders Gustav Kunst and Gustav Albers founded a trading empire whose scale continues to amaze even by modern standards. The future business partners first met in China. Having understood the fierce competition they would face from the French and the British, who had by then controlled large portions of the Chinese market, the two Gustavs set their sights on the then-recently founded port of Vladivostok. They were correct in their assessment that it was ripe for the taking and was in dire need of imported goods. In 1862, Vladivostok received the status of ‘porto Franco’ (a free economic zone), which meant no taxes on goods. And so, in 1864, Kunst and Albers set up their head office there. 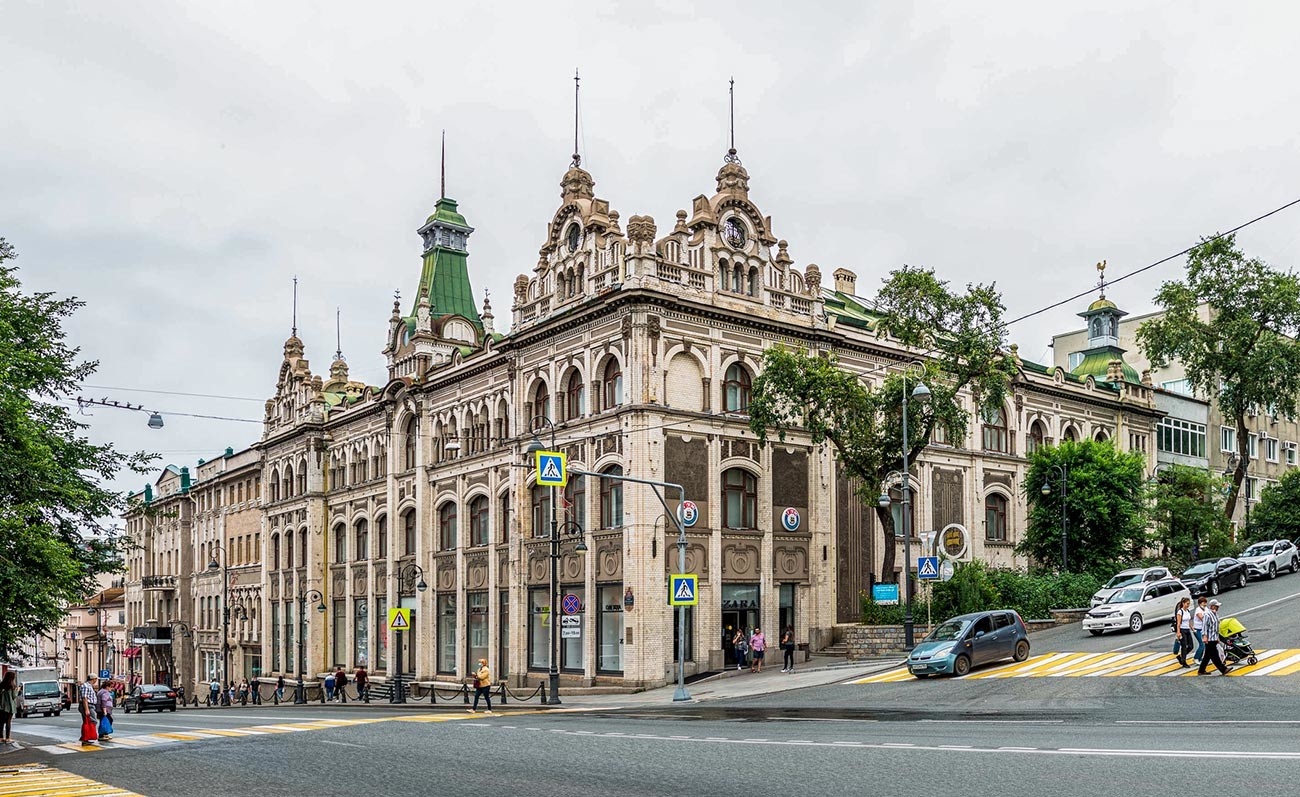 The lucky merchants knew that the city would expand, leading to an increase in the demand for goods. They weren’t wrong. The traders supplied Vladivostok with everything from household items to food, clothes and jewelry - most of them from China. The goods were flying off the shelves, despite the large shipments, as well as prices - which were much higher than in central Russia.

Business was going great, and in 1884, the German partners opened their first department store in Vladivostok’s center. The building has been preserved to this day. It is an impressive three-story house, designed by then-young German architect, Georg Junghandel, and still remains one of the most recognizable buildings in town.

More branches would subsequently be opened across the Far East, with Khabarovsk, Blagoveschensk, Nikolayevsk-on-Amur and other settlements following suit. Then came an expansion into other, more major regions of Russia and beyond it - among them Moscow, St. Petersburg, Odessa, Kiev, Warsaw and Riga. Further branches were also founded in Japan’s Nagasaki and China’s Harbin. 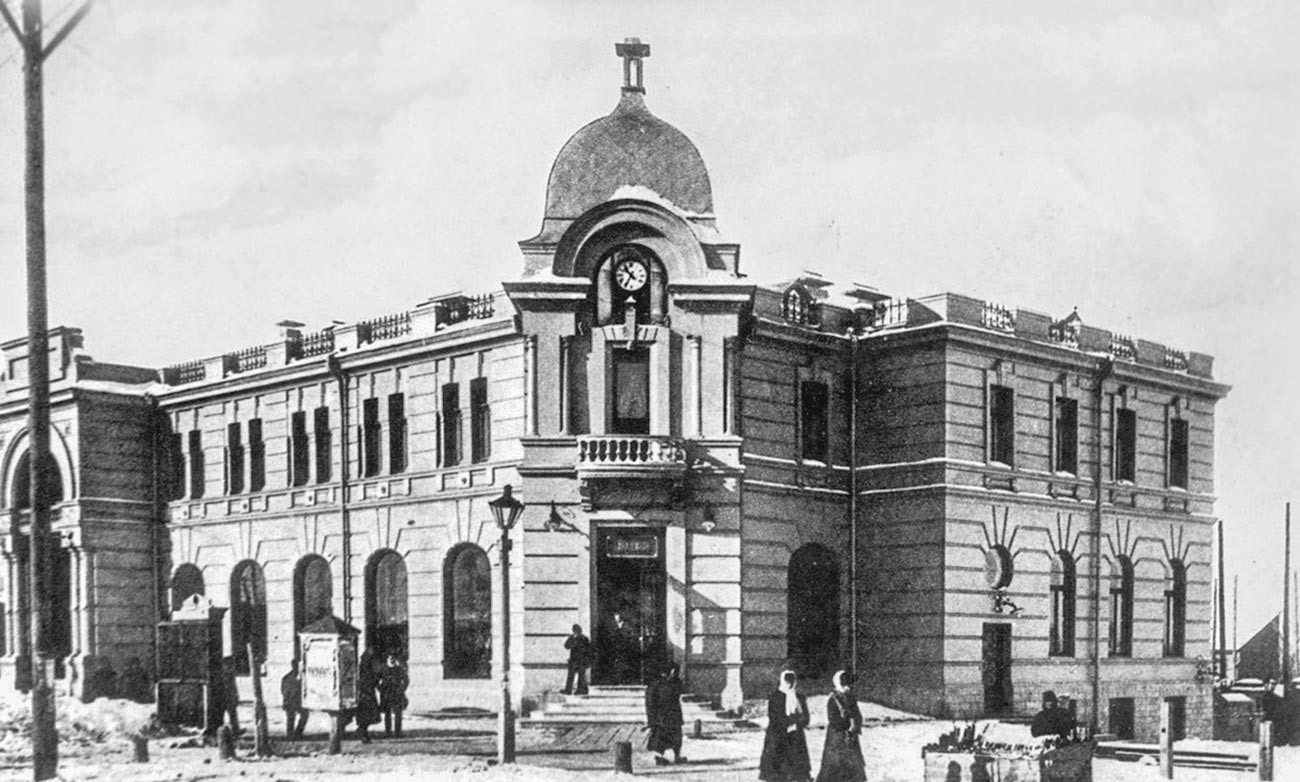 The store in Khabarovsk

Kunst and Albers also made their mark on Russia as philanthropists. Among the projects they financed was a Lutheran Church - to this day the oldest house of worship in Vladivostok.

The German traders’ empire was headed by Albers’ son, Vincent Alfred, and one of Kunst and Albers’ business partners, Adolph Dattan.

When World War I broke out, Russia and Germany became bitter enemies. An article soon appeared in Russian media, accusing Kunst and Albers’ trading business of being a front for espionage activities. Despite his noble title and respect among the locals, Adolph Dattan was arrested and sentenced to hard labor in Siberia. According to one version of the story, his competition had a hand in his fate, using Germany’s status as a hostile nation to their advantage. 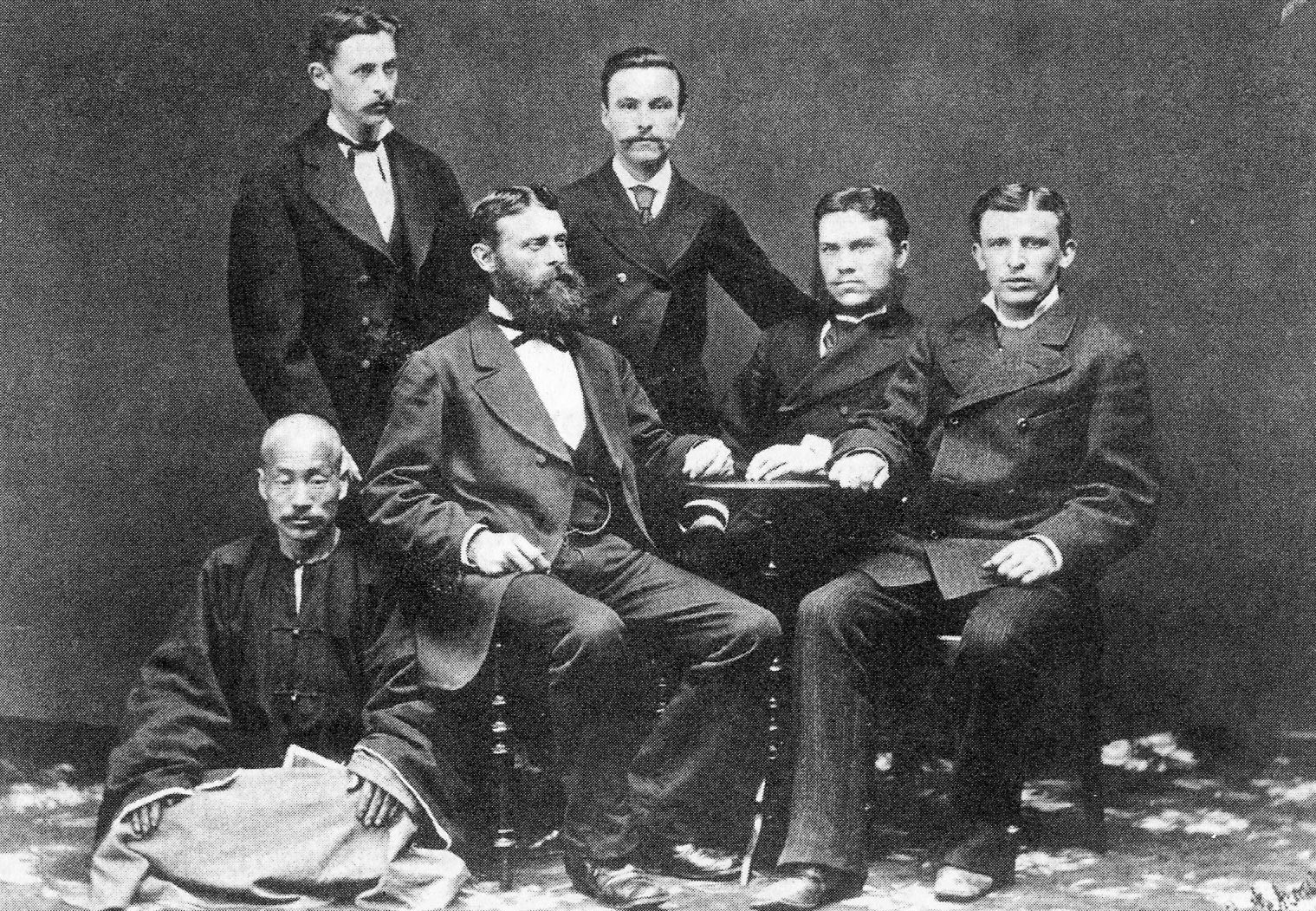 The two Gustavs, together with Adolf Dattan and partners

Dattan managed to return to Vladivostok in 1919, where he continued to run the business until his death in 1924.

In the late 1920s, the trading empire was nationalized by the Bolsheviks. In 1934, the main ‘Kunst and Albers’ building in Vladivostok was turned into the Main Department Store (abbreviated as ‘GUM’ - like the one in Moscow, but where the ‘G’ stood for “main” instead of “state”). And it still carries the name to this day. The Khabarovsk branch followed in its footsteps and also still exists.

Chinaman with a Russian soul: The story of Tifontai 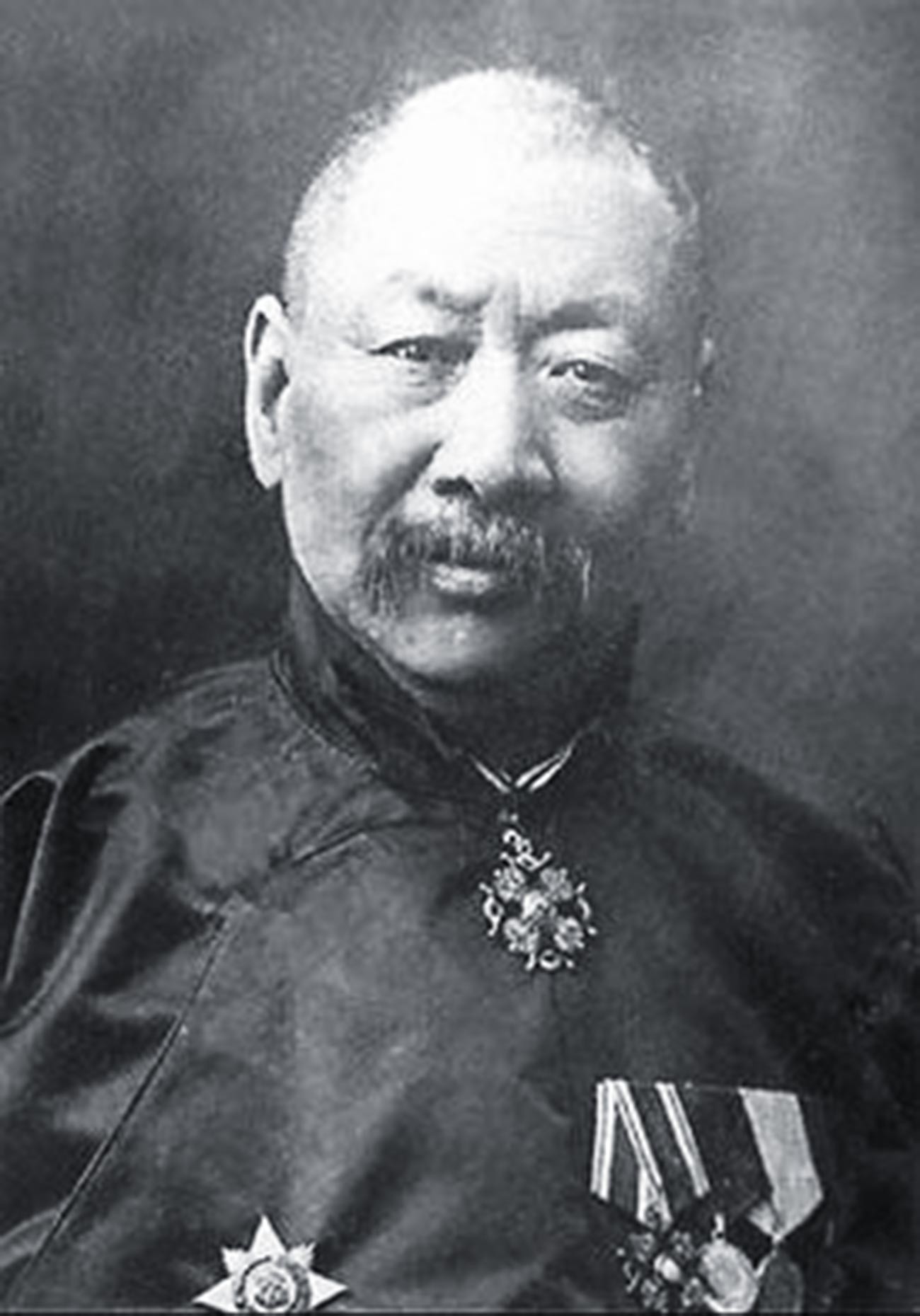 Nikolai Tifontay with orders of the Russian Empire

Ji Fengtai was born in the eastern Chinese province of Shandong. He first visited Russia in 1873 as an interpreter, with the city of Khabarovsk then becoming the base for his business.

There is no consensus among historians about whether the Chinaman had already been a trader at the time of his arrival to Russia, or took up the profession while living in Khabarovsk.

At first, Ji opened a workshop. As his business grew, he set up a revenue house, a tobacco factory and a mill. The more his business grew, the more philanthropic his activities had become, together with his participation in Khabarovsk’s public life. ‘Tifontai’ - as he was known to Russians - was donating large sums of money to charity and cared about the needs of the public. He brought many of his Chinese countrymen to Russia as well, helping them set up.

History remembers the Chinese as one of the main reasons for why Khabarovsk was always so well supplied with produce and goods. However, the emotions weren’t always positive. Back in the day, the locals were wary of the growing Chinese population in the region. Here’s what one editorial in the ‘Vladivostok’ newspaper read in 1896: “Just look at how dependent Russian passengers aboard a Russian steamboat have become on Chinese service! Had the kitchen been run by a Russian, I believe it would have been a lot cleaner and more kempt, as the Russian concept of cleanliness is worth far more than the Chinese. Meanwhile, it would seem that all the ships of the new fellowship have their kitchens and buffets run by the Chinese, most likely plants - rumor has it - of the almighty Tifontai of Khabarovsk, who occupies such a high standing among decent Russian people everywhere he goes, with all of Khabarovsk’s citizens no doubt dependant upon him, owing to his import of bread for sale from China.” 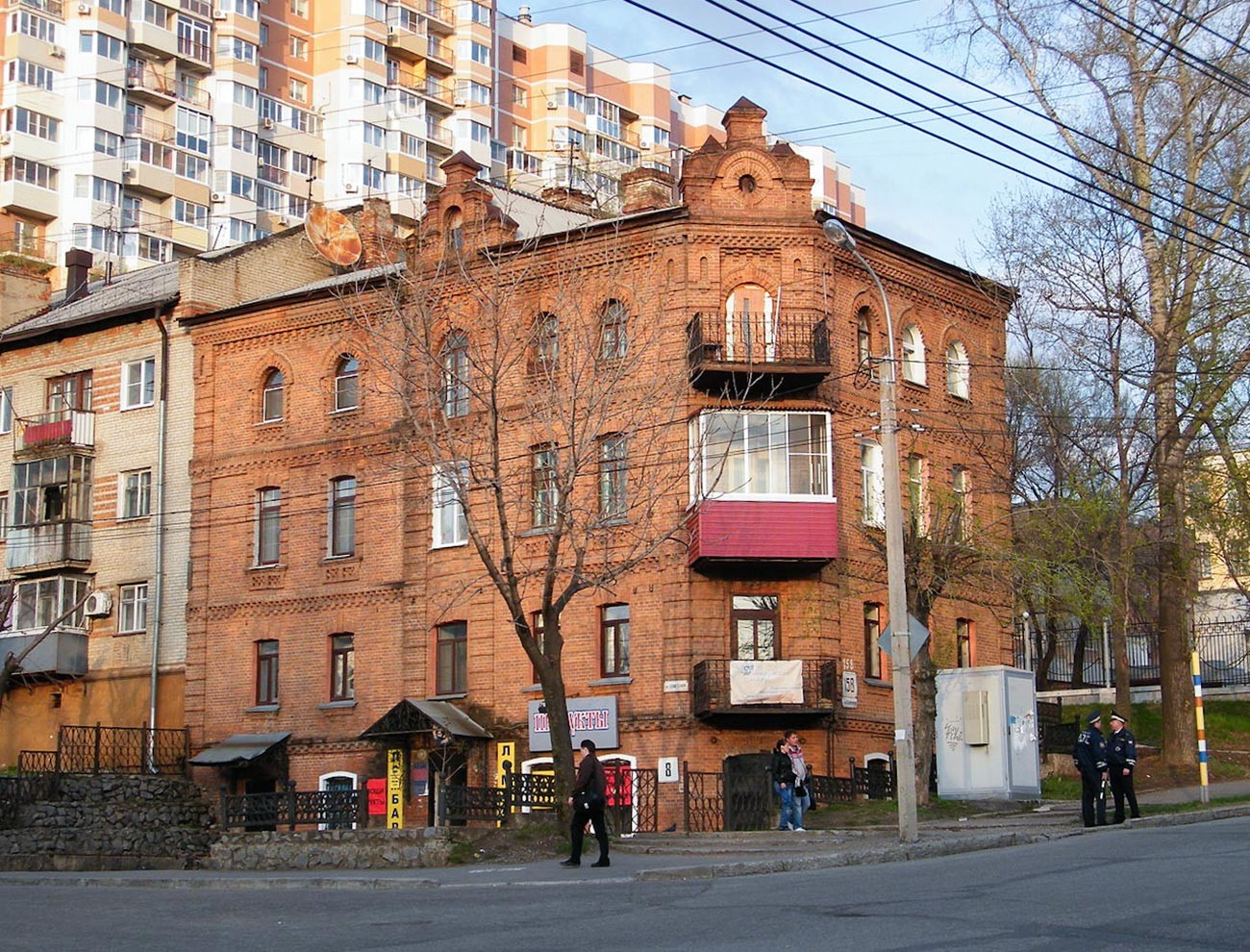 As for Tifontai himself, he had apparently fallen in love with his second home, and did what he could to support it. In 1886, he participated in border negotiations between China and the Russian Empire. Some Chinese researchers posit that he actually ended up cheating the Chinese, who, as a result, planted the delineation pole in the wrong spot, as opposed to the one agreed upon in the deal.

Tifontai also supplied the Russian Army during the Russo-Japanese War, having dedicated a substantial portion of his wealth to the cause. No precise figures are available today, but the Russian government ended up reimbursing him 500,000 rubles (correcting for the current value of the dollar and gold, the sum is equivalent to approximately $10 million today) - and even that did not completely cover his financial contributions. Tifontai received immensely high praise from the Russian soldiers for that.

Tifontai had been trying unsuccessfully to receive Russian citizenship. Russian lawmakers, for their part, demanded that he convert to Orthodox Christianity and “cut off his traditional Chinese ponytail. Tifontai’s unwillingness to do so resulted in him being denied each time. He was finally successful in 1893 and it was from those days onward that Ji Fengtai finally became known as ‘Nikolay Ivanovich Tifontai’.

Certain historical sources - some of them dismissed as urban legends - state that the future Emperor of Russia Nikolai II himself visited Tifontai’s store in 1891. The Chinese merchant allegedly did not recognize the heir to the throne, who was there looking for good-quality cloth. The future emperor was reportedly pleased with the high quality of service he received, and, as a gesture of gratitude, offered Tifontai a government post. The Chinaman refused, the legend goes. Nikolai then granted him the highest title available to a merchant in Russia. 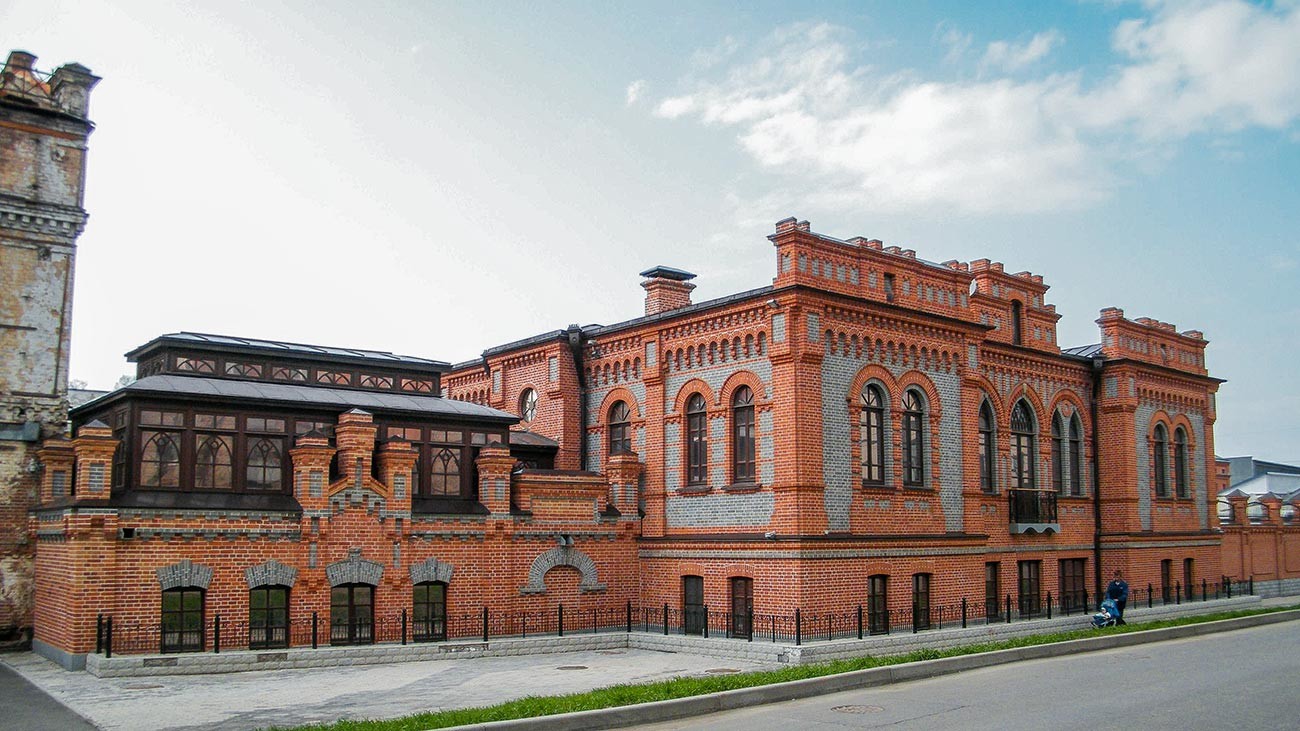 Tifontai started a family in Khabarovsk, but precious little information remains about it. It is only known that his children were sent away to central Russia for schooling.

Nikolay Ivanovich passed away in 1910. He is buried in his native city of Harbin, as stipulated in his will. He was a merchant of the 1st guild, was awarded two Russian orders for supplying the Russian Army during the war with the Japanese and for his contribution to the development of Khabarovsk: the Order of Stanislav 3d Class and the Order of Stanislav 2nd Class.

The buildings that had once served as bases for Tifontai’s businesses remain standing in the Russian city to this day. These historic structures serve as a reminder of Khabarovsk’s past as a major trading hub and of Tifontai - the famous Chinaman who made Russia his second home.

As for the business itself, it continued to operate until about the same period as that of the “two Gustavs” from Germany. The buildings were also nationalized with the arrival of the Bolsheviks.