History
Alexandra Guzeva
Her story was unique in Russia at the beginning of the 19th century. She was a war hero and served in the cavalry and the Russian Tsar even allowed her to serve in the army under a man’s name. 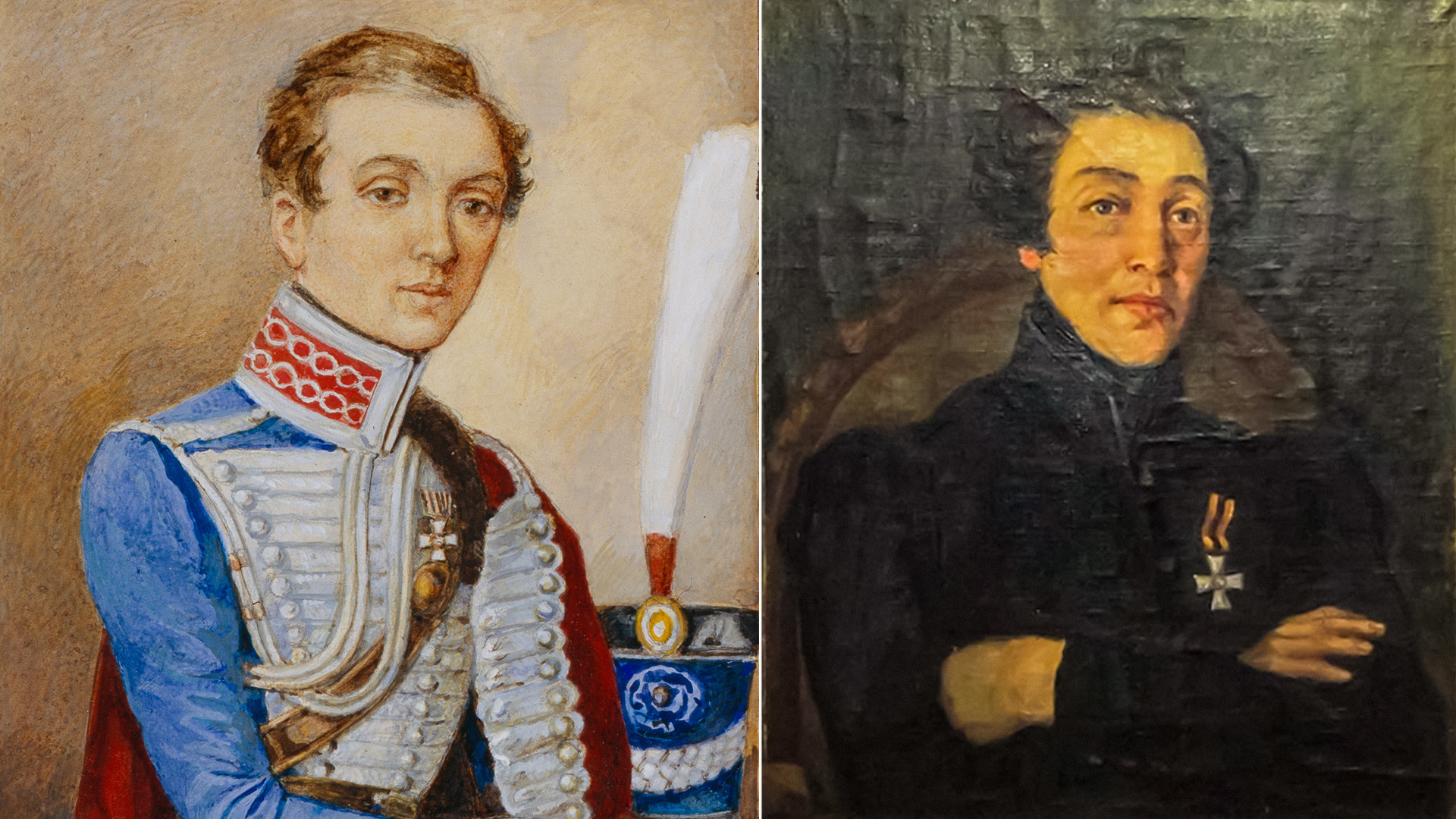 The ‘Cavalry Maiden’, ‘hero of the Patriotic War of 1812’, the ‘Russian Amazonian’ and the first female officer in Russia. This is how Nadezhda Durova - or to be more precise, Alexander Alexandrov, as she was called in the army and in everyday life - is known in Russia.

Nadezhda Durova colorfully described the story of her life in her autobiography, The Cavalry Maiden: Journals of a Russian Officer in the Napoleonic Wars. She was born in 1790 (1783, according to some sources) in Malorossiya (present-day Ukraine, then part of the Russian Empire). Her mother, against the wishes of her parents, had eloped with a captain of the hussars named Durov and secretly married him. She had dreamed of having a boy but, to her great disappointment, gave birth to a girl, who was also a very noisy infant.

One day, when the regiment was on the move, four-month-old Nadezhda was screaming so loudly that her “utterly exasperated” mother simply threw the baby out of the window of the carriage. Miraculously, the girl was not hurt and was picked up by the hussars. The father, in a fit of rage, decided to take his daughter away from her irresponsible mother and placed Nadezhda in the care of a fellow soldier.

“The man who brought me up, Astakhov, would spend all day carrying me around in his arms, taking me to the squadron’s stables, putting me on a horse, letting me play with a pistol and waving around his saber. And I clapped and burst into laughter at the sight of the spitting sparks and shiny steel,” Durova says in her book. 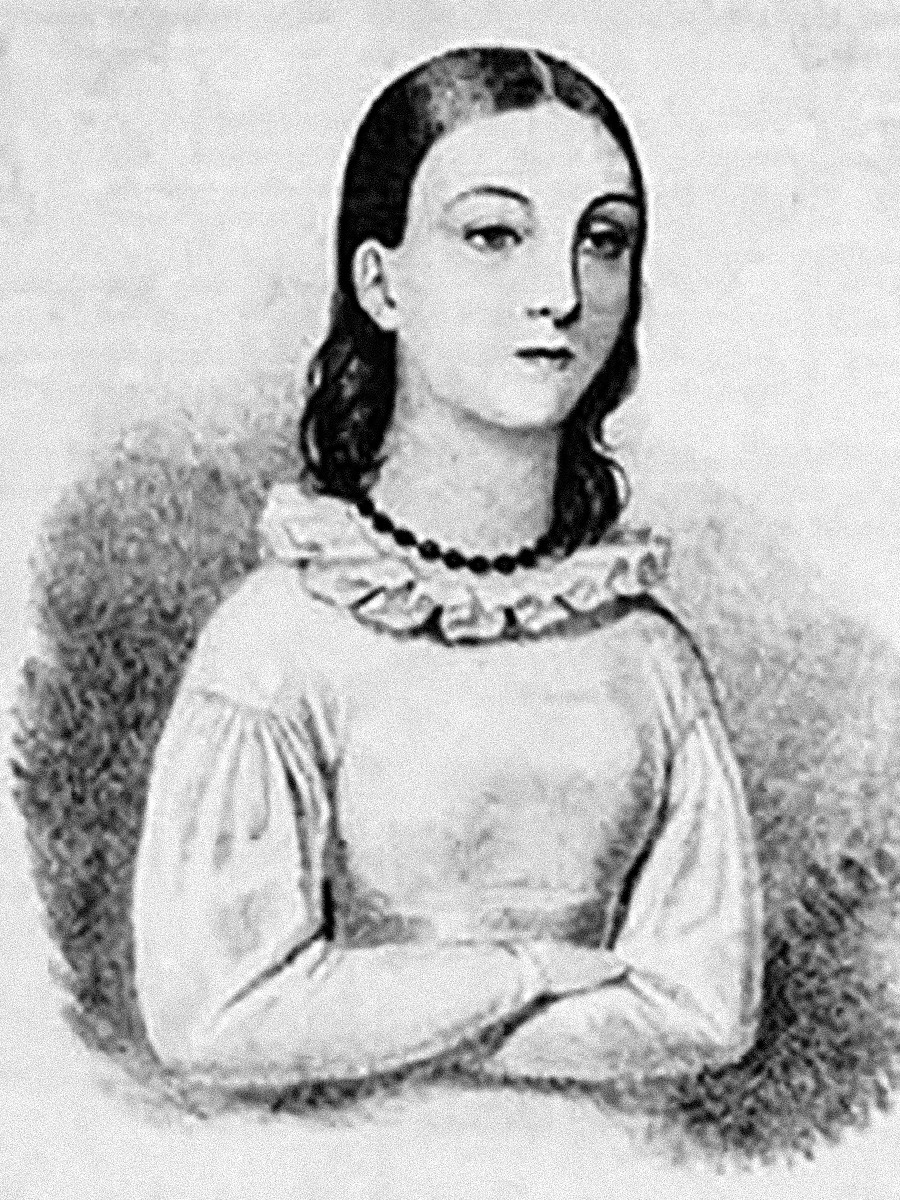 Several years later, the Durovs had another child and the father decided to leave military service so as not to be constantly on the move now that they had two children. Nadezhda was returned to her mother, but their relationship didn’t go well - the mother tried to give her an upbringing suitable for a girl, to teach her embroidery, while the daughter asked for a pistol and a horse. The father was more indulgent and consoled the mother by saying that this childishness was “just a passing phase”.

When Nadezhda was 12, her father bought a horse called Alkid. Every morning, she would secretly go to the stables, dreaming of taming him: She talked to Alkid, she gave him sugar and fearlessly rode him around the courtyard. Once, the stableman witnessed the scene - the stallion reared up and began to gallop about madly. Nadezhda calmed the horse down with endearments and the stableman had to admit that she had much better control of Alkid than he did. So, during the day, Nadezhda was miserable doing “girlish” activities like embroidery, but at night, in secret from her mother, she galloped around on her stallion.

The first feminist and her dream of freedom

“I might have finally forgotten all my swashbuckling ambitions and become an ordinary young woman, just like everyone else, if my mother had not been so dismally emblematic of the role of women. She would express herself in the most hurtful terms in front of me about the lot of the female sex: In her view, women should give birth and live and die in servitude,” Durova writes in her ‘Journals’.

Nadezhda’s father, who was very fond of her, also broke her heart when he told her that, had she been a man, she might have been a strength and support to him in his old age. Thus, it was that Durova decided at any cost to “sever herself from the sex that, as I believed, was under a divine curse”. 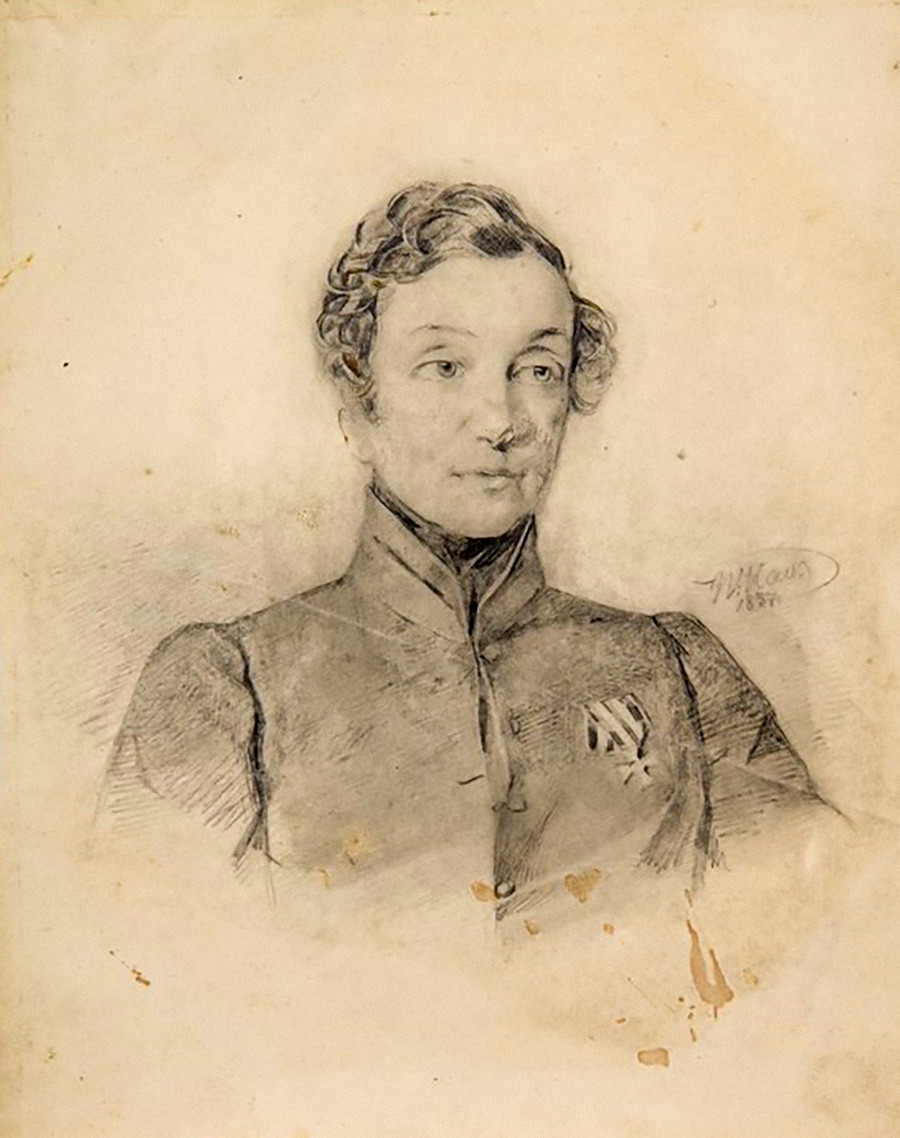 In 1806, when Nadezhda was 16, she decided to run away from home. One night, unbeknownst to her parents, she cut her hair, put on a Cossack uniform and rode her horse to the location where a passing Cossack regiment was bivouacking for the night. The colonel did not suspect that the stranger was a girl and yielded to Durova’s persuasion to enrol her provisionally into the regiment until they joined up with regular troops. This was how Nadezhda became Alexander.

It was not long, however, before all around started to notice that Durova did not look like one of the Cossacks with their splendid moustaches - and the cavalry maiden decided to continue her wanderings. Completely on her own, she savored her freedom - and finally ended up in the Polish Uhlan Regiment (Poland was then part of the Russian Empire).

Durova took part in several Russian army battles against Napoleonic troops. In her ‘Journals’ she describes her first battle, near Guttstadt, in which the regiment went on the attack not in its entirety, but squadron by squadron, and by mistake she went with each squadron in turn. In the battle, she even saved the life of an officer who had been surrounded by enemy troops after being brought down from his horse. And her horse, Alkid, invariably accompanied her everywhere.

The legend of Nadezhda was almost destroyed by a letter she wrote to her father. She asked his forgiveness for having run away and said she had joined an uhlan regiment and gone to war. He, in turn, took fright and sent the letter to influential friends in St. Petersburg to find out if his daughter was alive. In the end, the letter reached Emperor Alexander I and he was “moved to tears”. 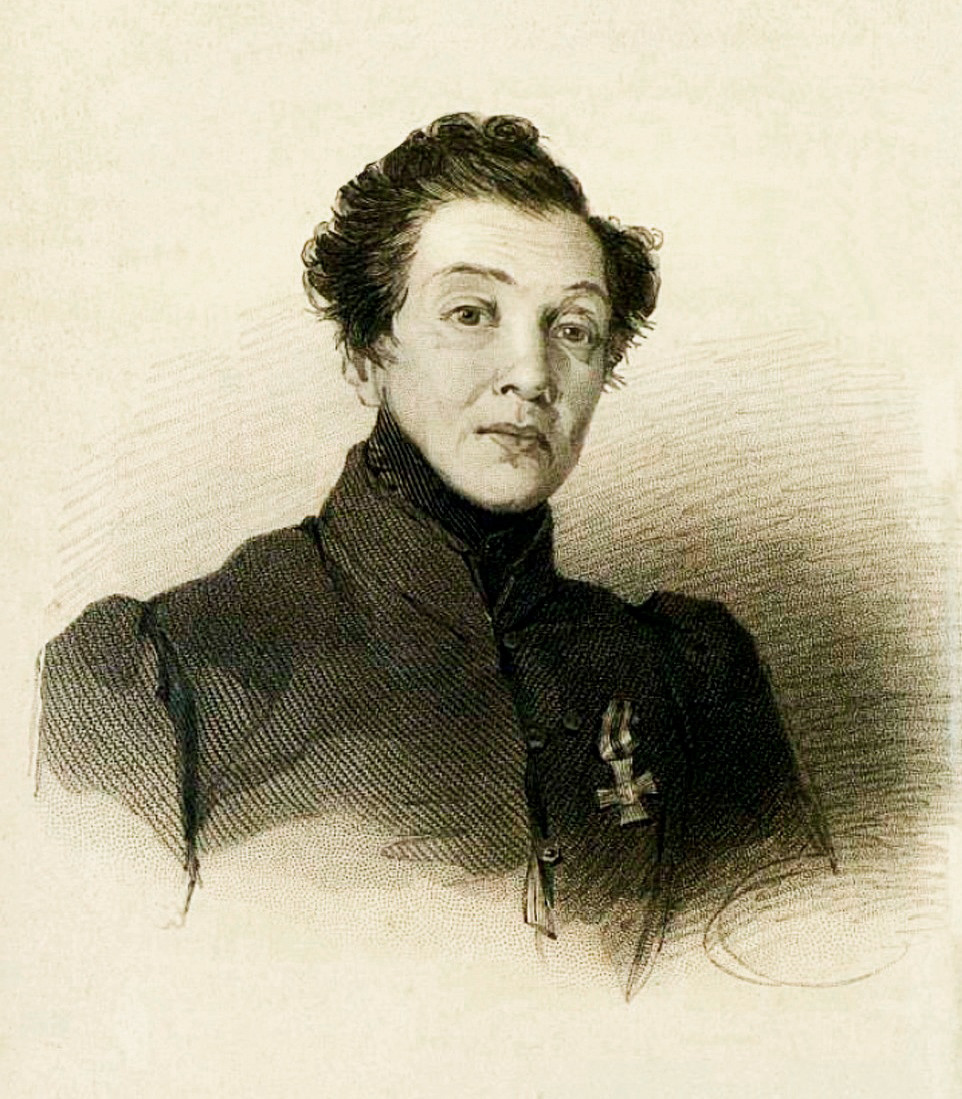 Nadezhda was invited to be received by the Emperor. He told her that her commanders had reported her prodigious valor in battle and he asked if the rumours that she was not a man were true. She gathered her thoughts and replied truthfully. The Emperor thanked her for her bravery and suggested that she return home, but she threw herself at his feet and asked him for the honor of fighting for the Motherland and for his name. He granted her wish, bestowing his name on her - thus Nadezhda Durova became Alexander Alexandrov - and awarding her the Cross of St. George for saving the life of the officer. 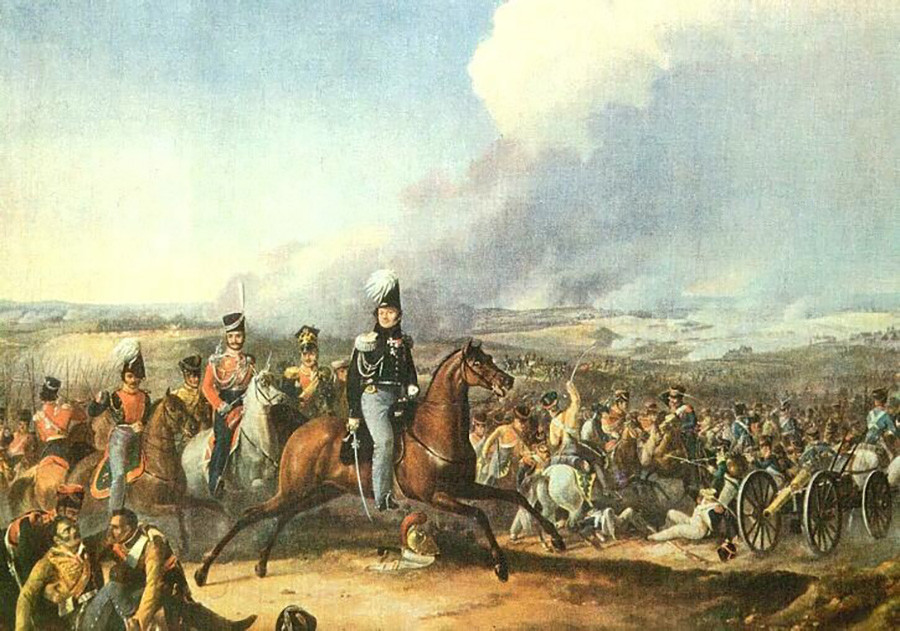 Durova also demonstrated courage in the legendary battle against Napoleon at Borodino in 1812, but sustained frostbite and a blast injury. She left the battlefield concealing the seriousness of her injuries. Durova then had an argument with a superior - she had gone looking for her horse and had separated herself from the men entrusted to her. Her commander threatened to have her shot. Nadezhda felt insulted and decided to make a direct approach to Kutuzov, the commander-in-chief. She pleaded to become his orderly - and it turned out that he had heard of her bravery from a previous military campaign and he was happy to take her on to serve in his entourage. 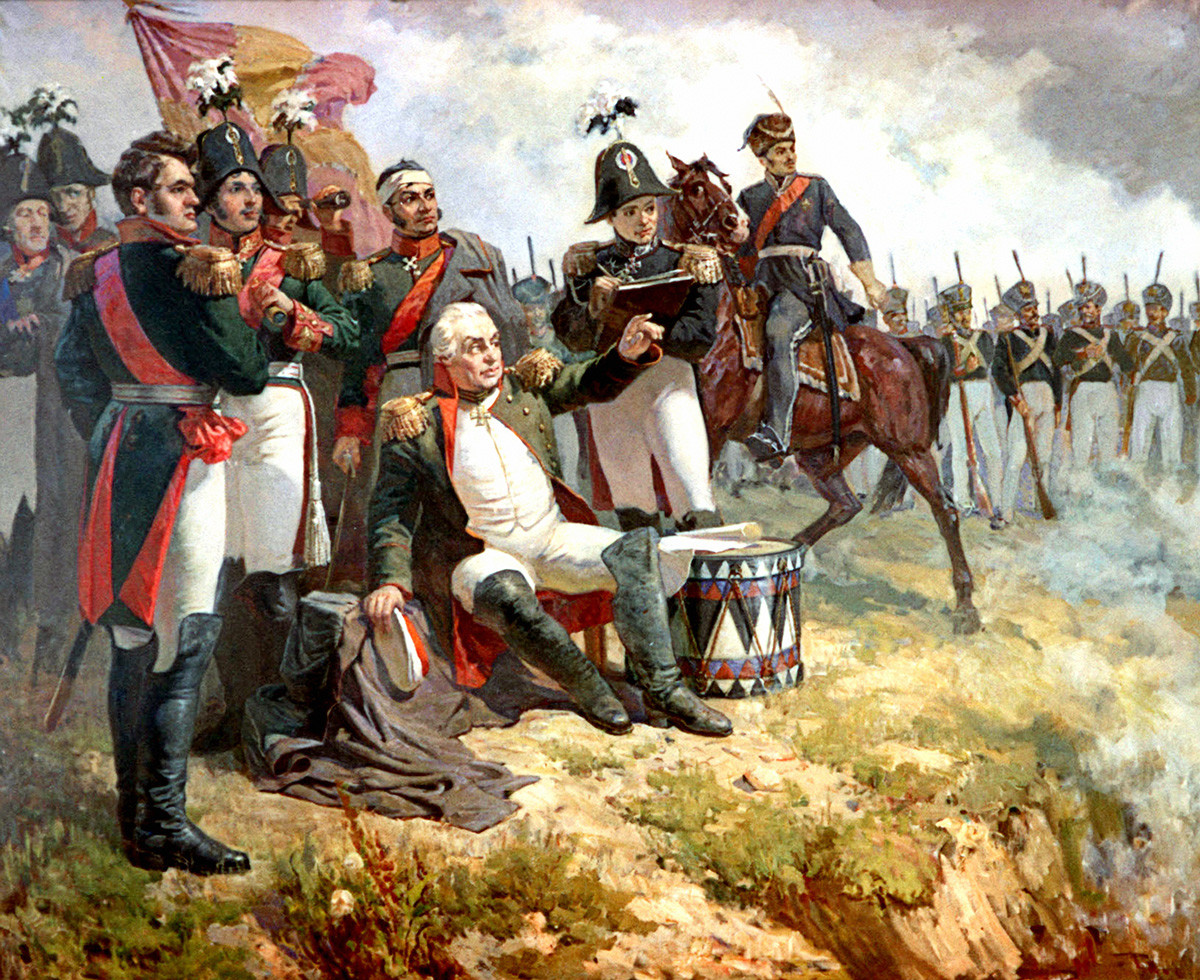 A. Shepelyuk. Field Marshal Mikhail Kutuzov at his command post during the battle of Borodino in 1812 (1951)

After a few weeks, however, Kutuzov realized that Nadezhda’s injuries were serious and sent her for medical treatment. When she had recovered, the news came that the general was dead. She was nevertheless allowed back into military service after her injury.

Nadezhda was persuaded by her father to retire from the army in 1816. Subsequently, she spent the rest of her life wearing male clothes, using the name Alexander Alexandrov and referring to herself in the musculine form. She was conspicuously forthright, frequently repeating that she was born and brought up in a military camp and had got used to such a way of talking.

She wrote her memoirs and her brother, who was acquainted with leading Russian poet Alexander Pushkin, showed him the manuscript. Pushkin was full of praise for “Alexandrov’s” subject matter, style and literary talent, and asked to buy the manuscript. “The author’s life is so curious, so well-known and so enigmatic that the solution to the puzzle must make a strong, universal impression,” Pushkin wrote in a letter to Nadezhda’s brother. 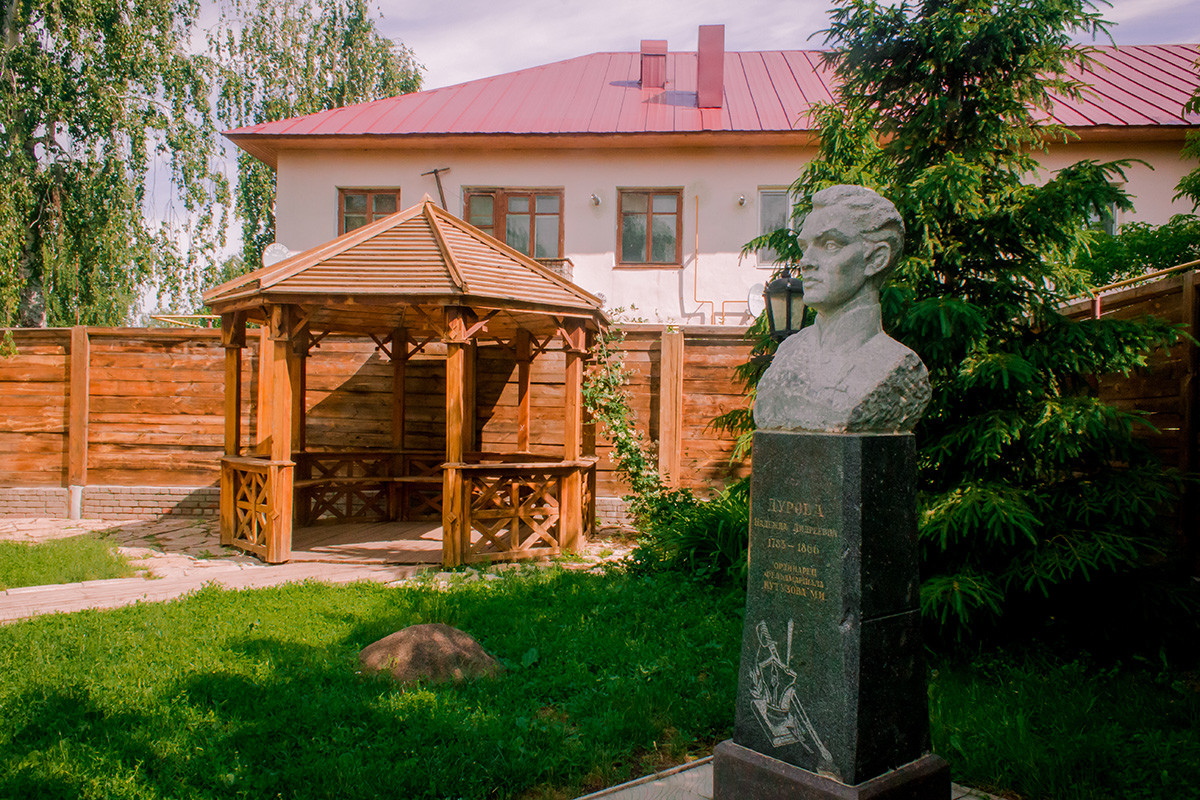 A monument to Nadezhda Durova at her estate in Yelabuga, Tatatstan, where she spent last years of her life

Pushkin printed the memoirs in Sovremennik (‘The Contemporary’), the journal which he published, under the heading ‘Memoirs of N.A. Durova’. In a foreword, he also gave the author a glowing review, naming her as Nadezhda Durova. “We have read these confessions of such an out-of-the-ordinary woman with indescribable engagement; we have been able to see with astonishment how the tender fingers that once gripped the bloodied hilt of an uhlan’s sword also wield a rapid, vivid and ardent pen.”

Durova was profoundly outraged at being outed by the poet. Correspondence between them survives, in which Durova demands that the print run in which the name which made her flinch had been used should be destroyed. But Pushkin remained adamant. “Be bold - embark on a literary path as courageously as you entered the path that brought you fame,” Pushkin reasoned.

Durova did indeed continue writing and penned several more prose works, in which she raised the topic of the status of women in society. She died in 1866 aged 82.