10 CURIOUS facts about sports in the USSR 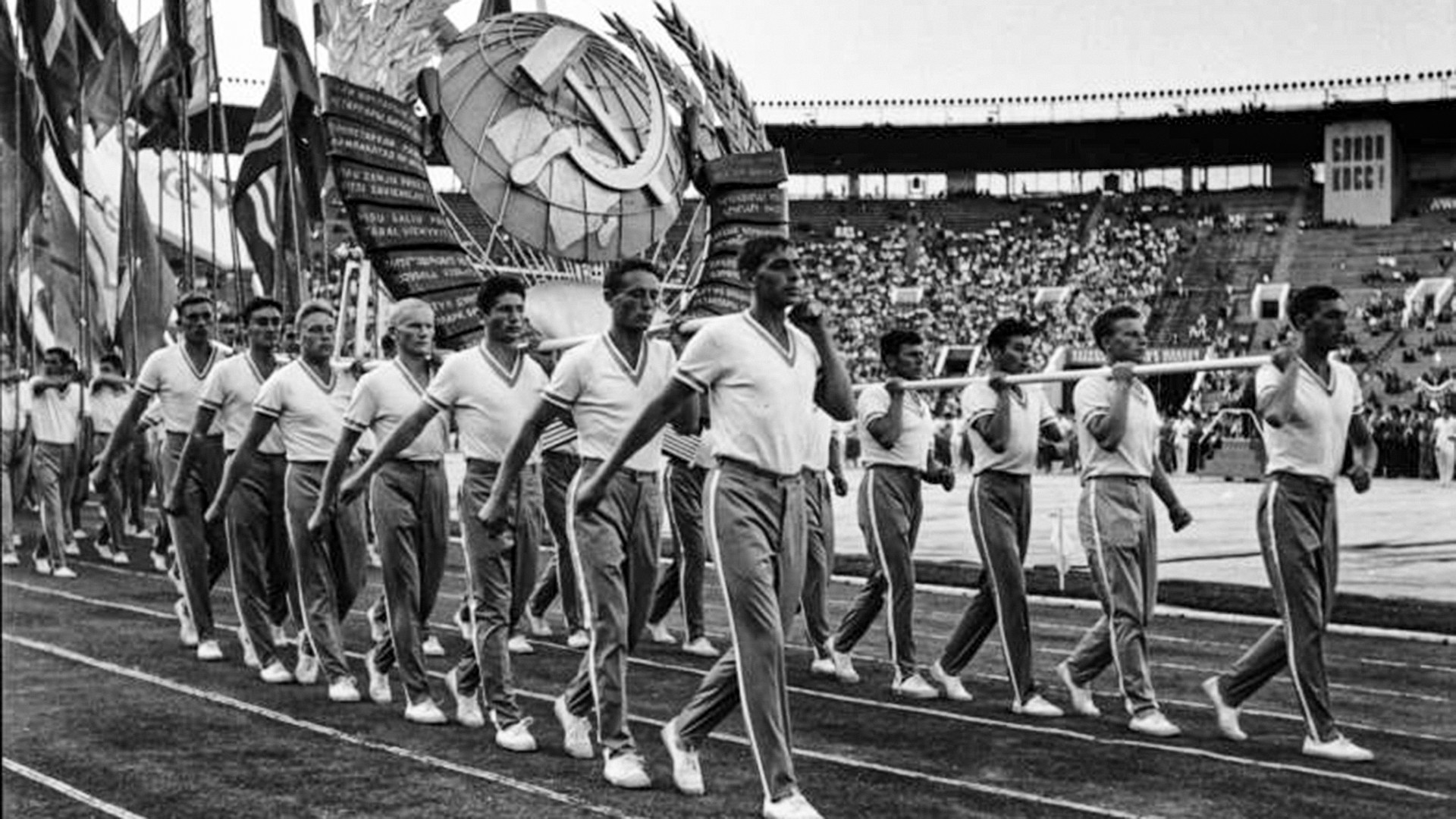 Lev Borodulin/MAMM/MDF
What was Russia’s sports past like? We’ve collated some pretty strange and interesting events and facts about it. From the first Olympics to the historic football match played on Red Square under the watchful eye of Joseph Stalin. 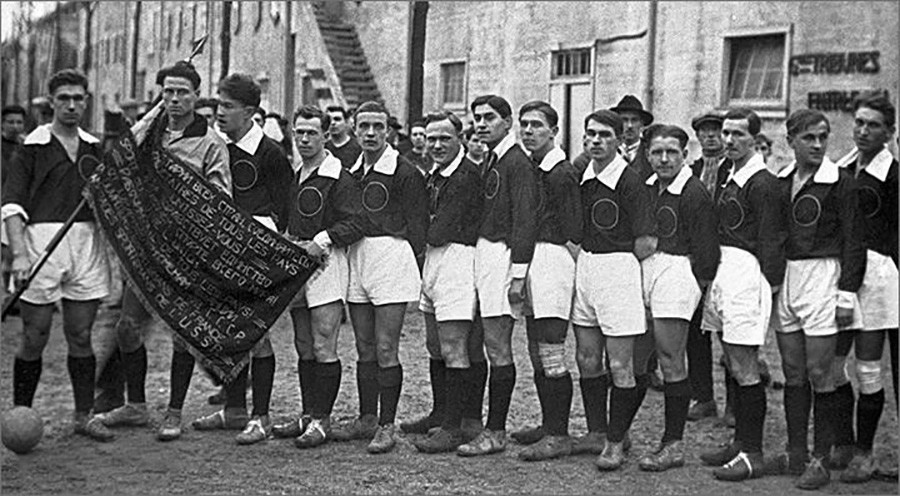 The symbolism and anthems of socialist countries in international competitions in Europe were not a welcome sight: the USSR’s red flag, for instance, was banned; so was performing the Soviet Union’s national anthem. Soviet footballers found a crafty way out of the situation during the 1932 international tour across the Baltic, Scandinavia and Germany. Captain Pyotr Artemyev passed through customs with the flag wrapped around his body. When the time came to play, the Soviet team came onto the field carrying the large unfolded red cloth. 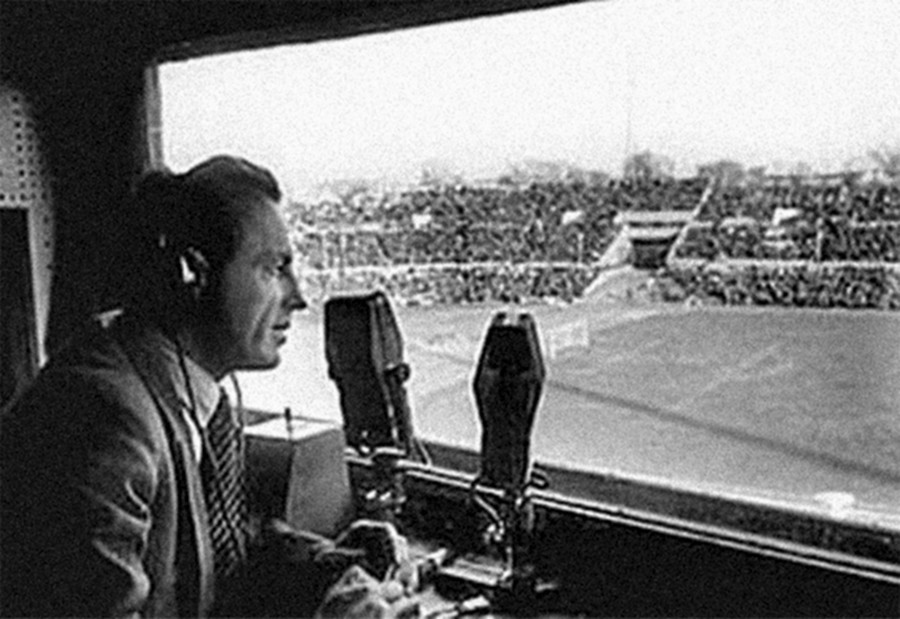 The growth of the radio happened together with that of sports. On May 26, 1929, the soccer match between Ukraine and the Moscow Team was for the first time in history commented on the radio by 22-year-old Vadim Sinyavsky, who would go on to become a legendary commentator and one of the first sports journalists in the USSR. Interestingly, one of his main gifts was a perfect pitch and before his job as a radio fitness instructor, he worked as a ballroom pianist in Moscow movie theaters. 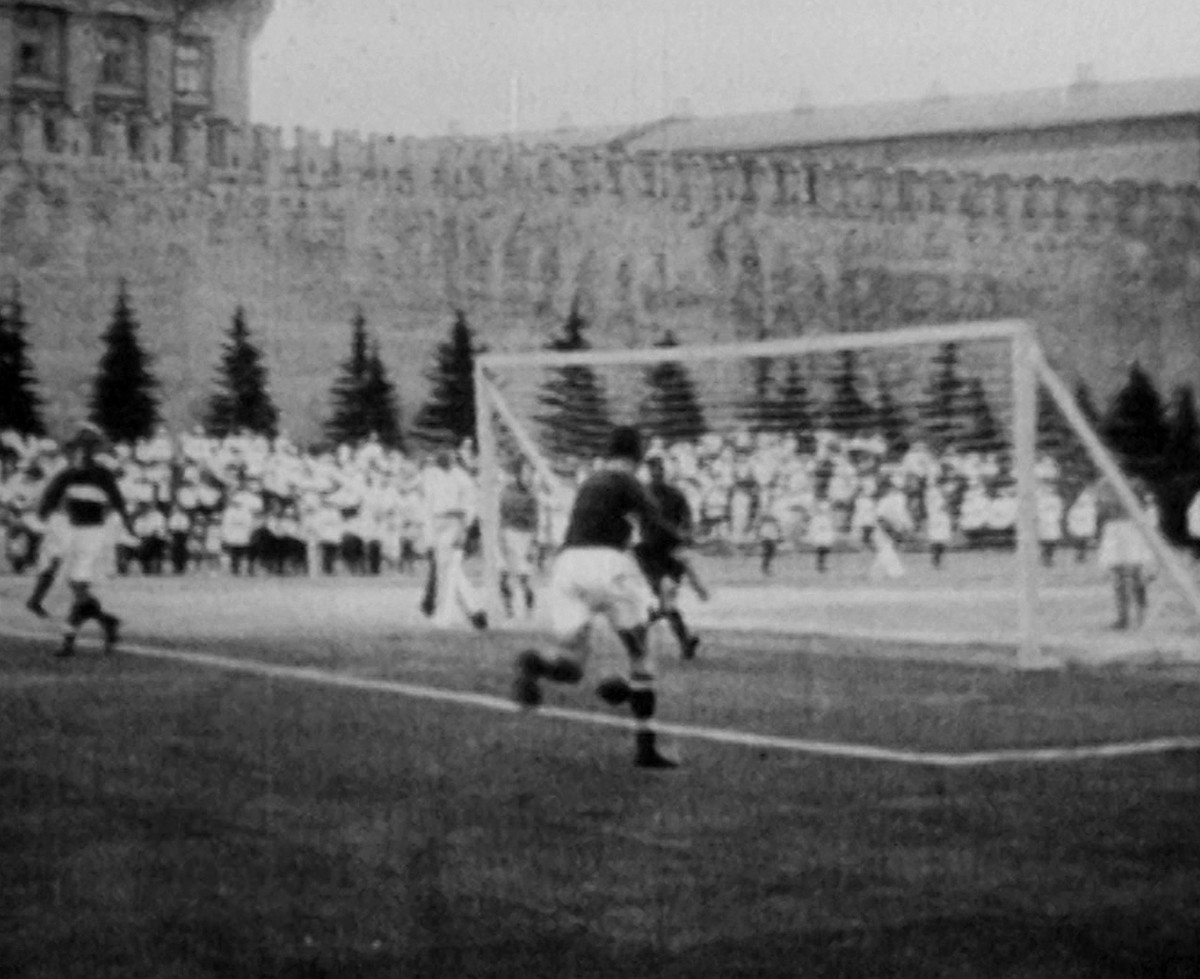 A game on the Red Square.

In 1936, a soccer match took place on the Red Square. And the main man in the audience was Joseph Stalin himself, who was a huge fan of the sport. The match was planned as a finale to a large-scale physical fitness parade. The match was between Spartak Moscow’s primary and reserve players. For the game to take place, a massive carpet was rolled out onto the square, measuring a whopping 9,000 square meters. Some 3,000 people toiled away making it. The game, though, contained no surprises, as it was entirely fixed! Well, at least the Soviet leader got to see every conceivable goal scenario play out.

4. ‘GTO’ norms as a sign of a top quality athlete 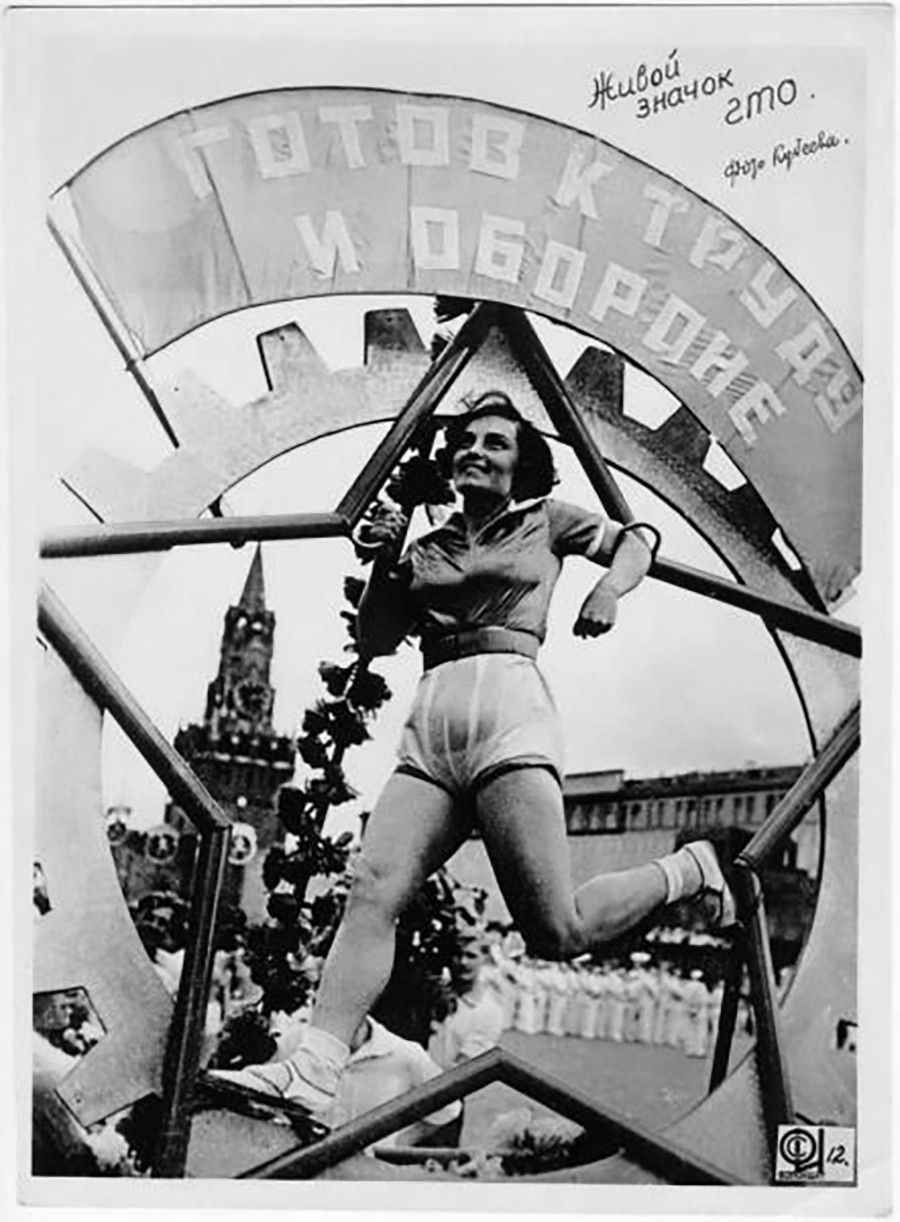 In 1932, the country developed a fitness standard as part of a large-scale project, the so-called ‘GTO’ - Gotov k Trudu i Oborone (“Ready for Work and Defense”). According to the plan, each Soviet citizen should be a good runner, jumper, shooter, thrower, swimmer and show an impressive pull-up record. They would be judged according to the norms set by these ‘GTO’ standards, with success rewarded in the form of a badge. The norms existed until the fall of the USSR.

5. A vase as a championship prize 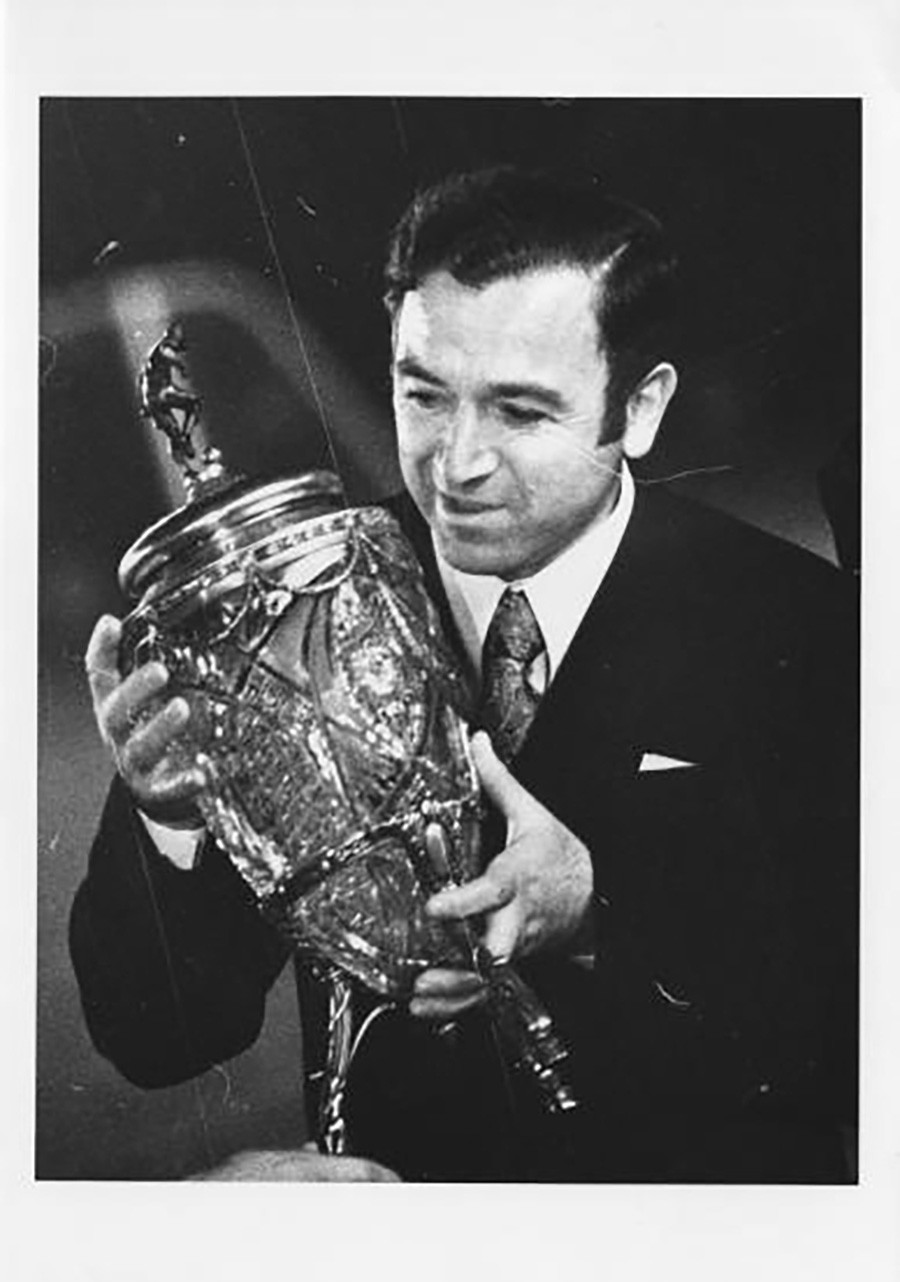 The prize for the national soccer championship made from the vase.

For a long time, Soviet leadership was against rewarding its athletes. It was considered that medals and rewards were facets of the bourgeois West and would never gain popularity in a socialist country. In time, things changed. The top prize for victory in the national soccer championship was designed by the head of the Football Counsel, Aleksey Sokolov. In the 1930s, he acquired a crochet vase from an antique store in Moscow. It was then given legs and the USSR coat of arms. Atop it the figure of a soccer player stood perched.

6. The fate of the Starostin brothers 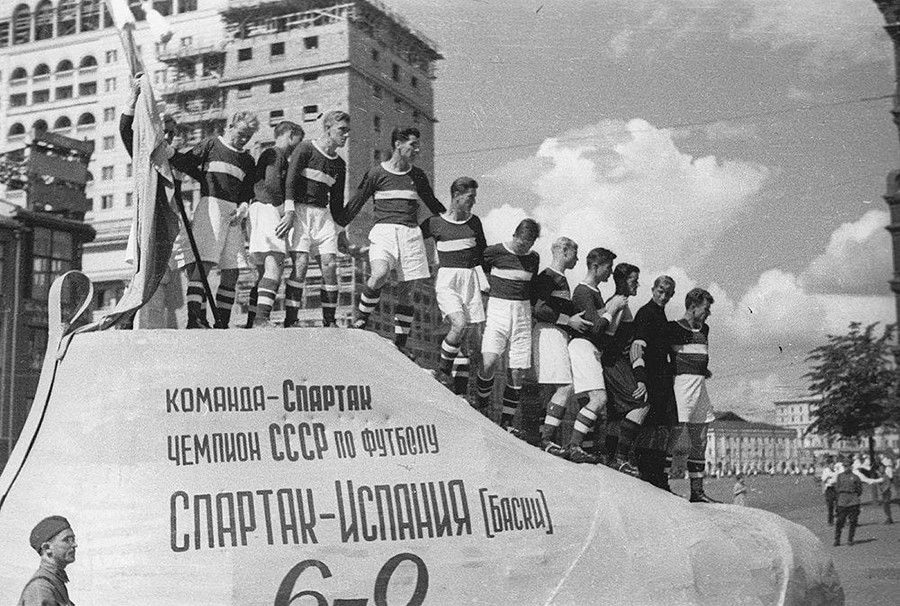 In the spring of 1942, the NKVD arrested the legend and living symbol of Spartak, Master of Sport, Nikolai Starostin. Later, his three brothers were also taken to Lubyanka (the headquarters of Soviet intelligence - KGB and, later, the FSB). They, too, were Spartak players. The investigation continued for more than a year and a half, with the four brothers charged with the attempted murder of Joseph Stalin himself, which was supposedly planned for a massive parade in 1937. Later, the charges would be changed to “praising a bourgeois sport and attempts to infect it with bourgeois values”. It was claimed that a car, made to look like a soccer boot came within 10 meters of the Mausoleum, which would supposedly have given the Starostins an opportunity to carry out an act of terrorism. The brothers were charged and given ten year sentences, which they would spend in different labor camps, so as to prevent them from staying in touch. 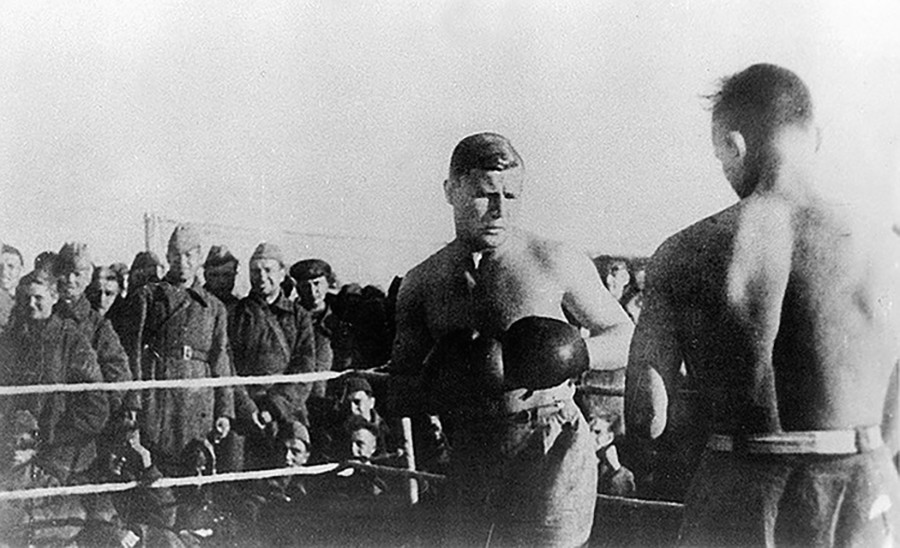 At the Dynamo shooting range outside Moscow, August 1941.

Moscow was one of the last places in Europe to host a soccer championship in wartime. While soldiers viciously clashed with the enemy on the battlefield, football went on as usual - although, it did have to be put on hold at one point. On the fifth day of the war, the OMSBON - or the Special Purpose Separate Motor Firing Brigade - was formed by the NKVD. It included all manner of athletes - from lifters to shooters and skiers, boxers, swimmers and so on. Its main task revolved around sabotage behind enemy lines. 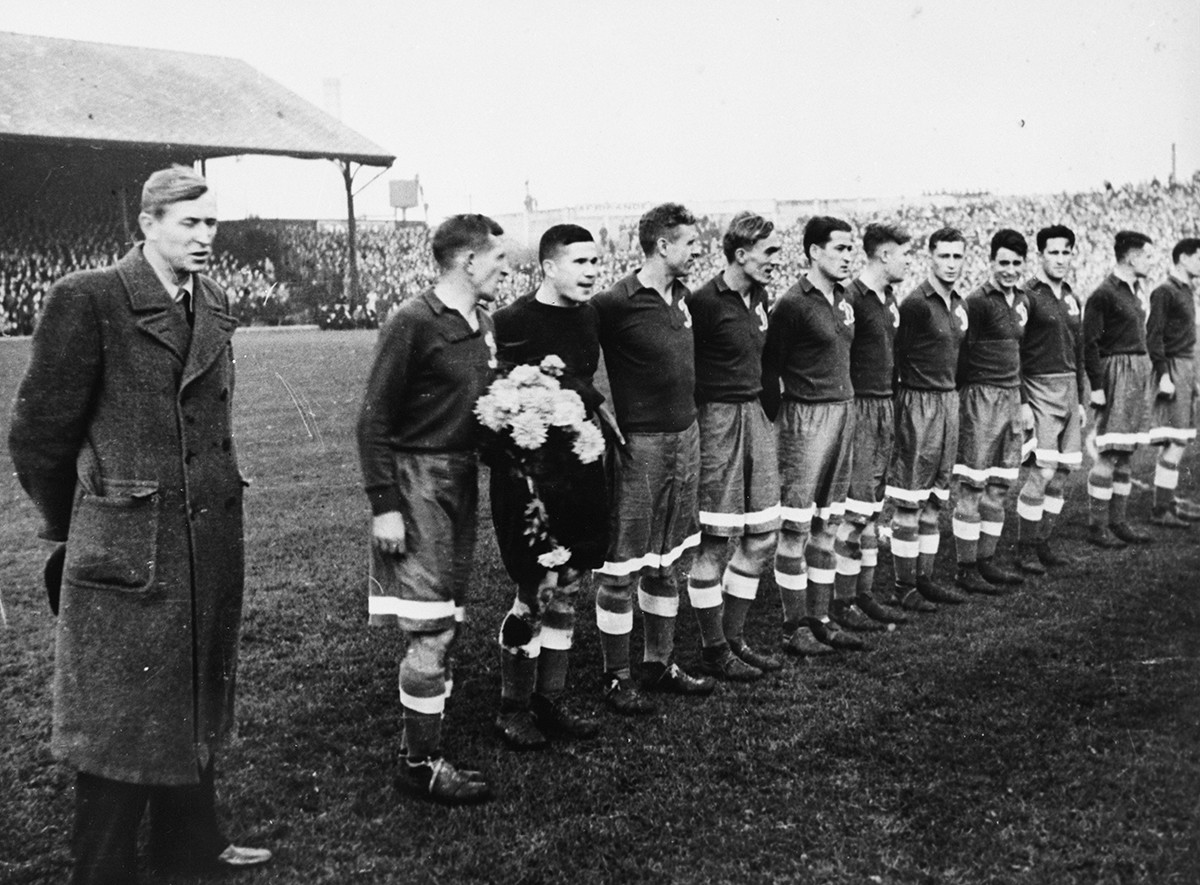 FC Dynamo before the game with the FC Chelsea, 1945.

After the war, in the fall of 1945, the Soviet football team Dynamo was sent to play a series of games in Britain. Officially, the initiative was presented as support for the Allies during the tough postwar period, while demonstrating common achievements in sports. However, the Soviet delegation presented a list of demands regarding how the friendly games were to be played: The games would be played only against English clubs, not more than once a week (on Saturdays), no entertainment of any kind that wasn’t relevant to football, warmup and training before every match (the British considered this one particularly weird). Soviet footballers played four matches, winning two and drawing in the other two. 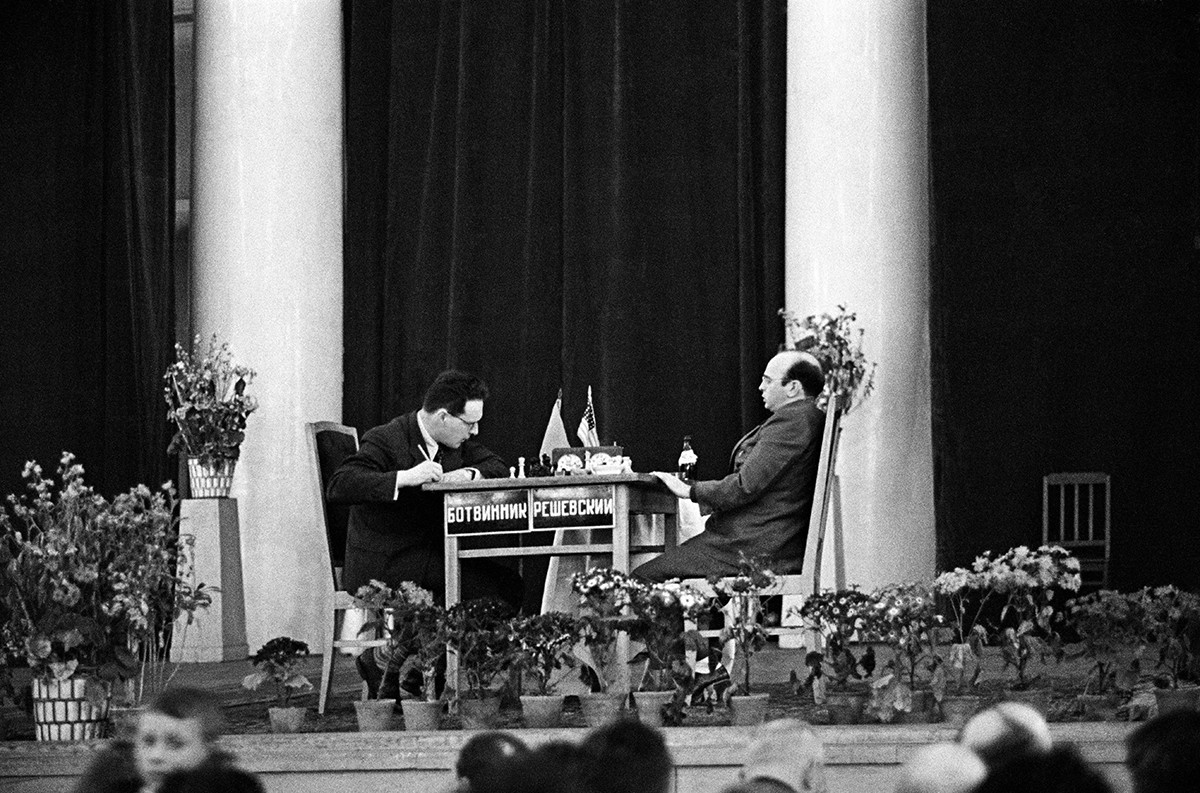 In 1948, Mikhail Botvinnik won a championship game in Haage and Moscow, becoming the world chess champion. After the victory, the game was turned into a national sport by the government, with the Soviet chess school taking up leading positions across the world for decades to come: amateurs and professionals alike loved to dissect the tactics and games of their chess idols - Botvinnik, Tal, Petrosyan, Spassky, and later - Karpov and Kasparov. 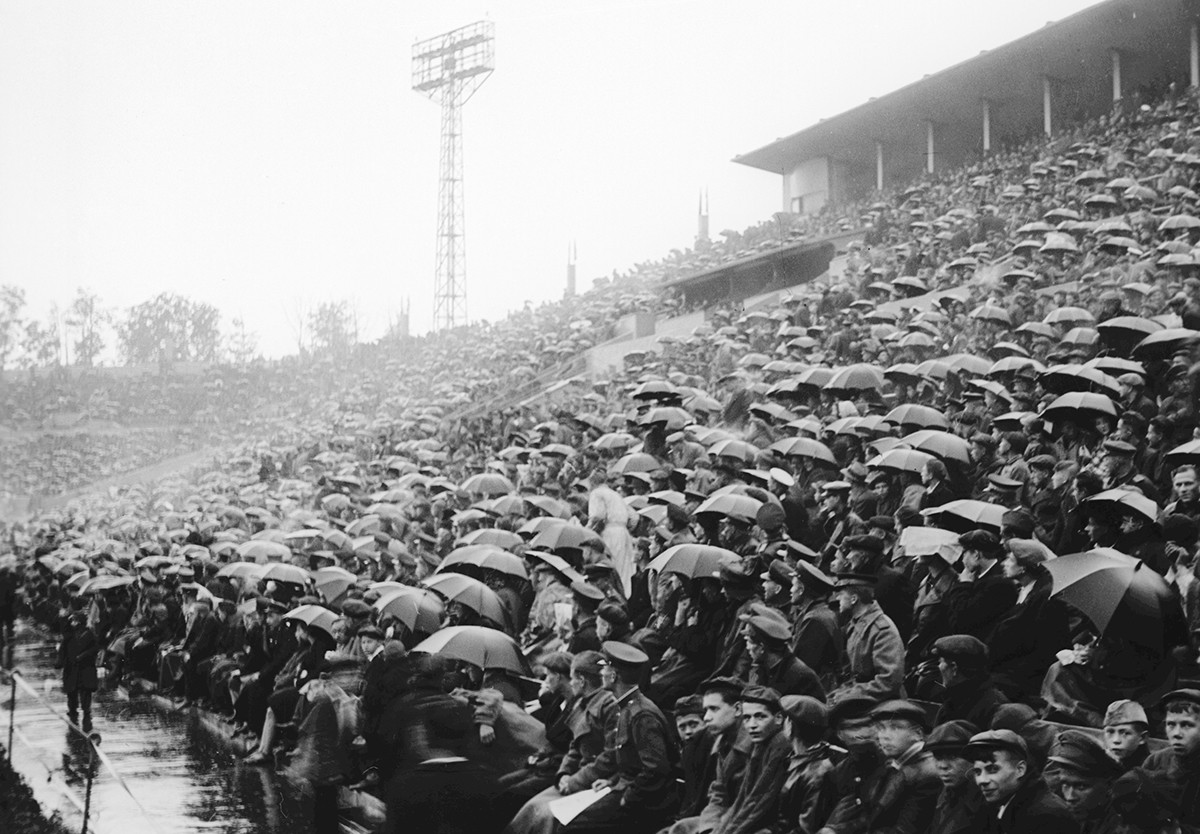 One of the first - and largest - stadiums in the country was the Dynamo one. It was the first successful experience of working with reinforced concrete on a large scale: the stadium’s capacity was 25,000. It was built in record time, just over a year. And, in the summer of 1928, the Soviets were already hosting the All-Sovet Spartakiade. The project was the brainchild of designers Dmitry Iofan and Moisey Ginsburg. However, in the end, the designs were amended and redrawn by Arkadiy Langman and Lazar Cherikover. Russia Beyond thanks the KION online cinema documentary project ‘Sport XX Veka’ for assistance in the preparation of materials for this article.