How did a Soviet spy ACCIDENTALLY become Costa Rican ambassador in Rome, the Vatican and Yugoslavia? 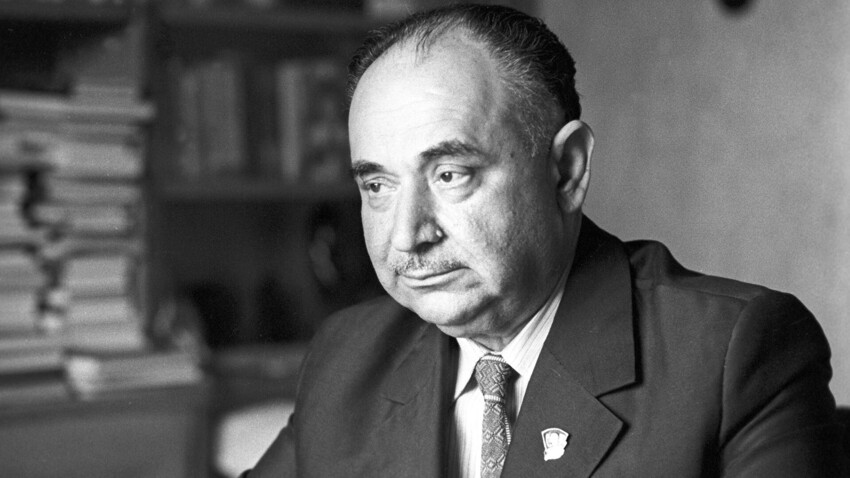 Boris Prikhodko/Sputnik
Throughout his incredible life, Iosif Grigulevich served as a hitman, an ambassador and a writer.

On April 25, 1953, Josip Broz Tito, the president of Yugoslavia, was having small talk with the newly appointed Costa Rican Ambassador to his country inside the White Palace in Belgrade after the formal ceremony, where the letters of credentials had been presented.

Little did Tito know that the man standing right next to him was a Soviet spy and hitman who was prepared to end Tito’s life at the first order from Moscow.

Iosif Grigulevich is often referred to as one of the most precious undercover agents of Soviet intelligence and, at the same time, as a highly productive writer and academician whose main interest lied in the field of history.

Among the highly unusual mix of talents, this man is believed to have been a gifted diplomat, an outstanding academician and a merciless hitman: traits that can sometimes be found in various individuals, but rarely in a single person. 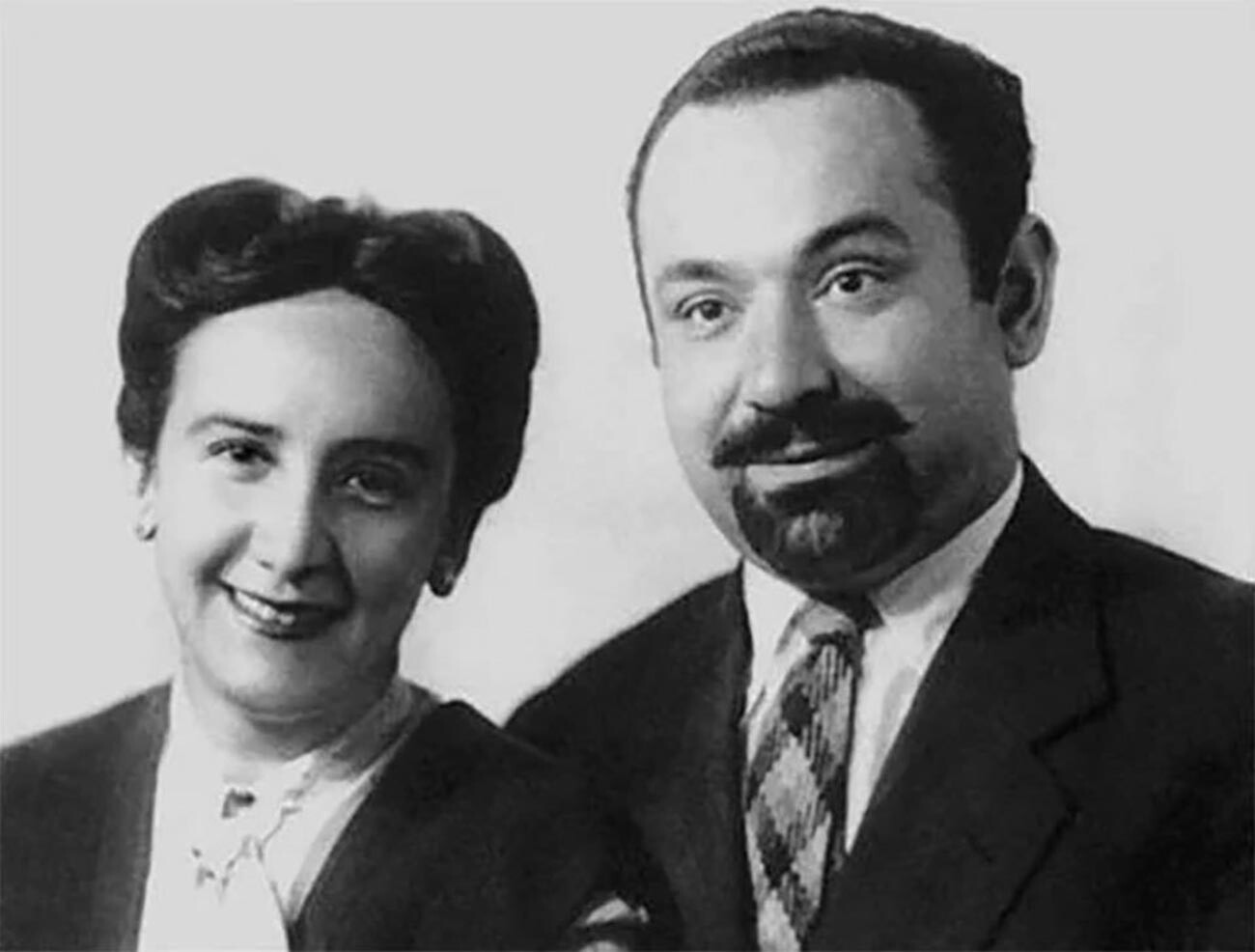 Grigulevich (Castro) and his wife during their stay in Brazil in 1946.

Grigulevich was born in Lithuania in 1913, when it was part of the Russian Empire. The future spy grew up in the Karaite Jewish community, a tiny ethno-religious Jewish group that put itself apart from the wider Jewish kin.

Like many educated youths of his time, young Grigulevich became an ardent devotee of the radical ideas of international communism and world revolution, which promised a utopian classless and nationless future. For a person who suffered from raising nationalism and antisemitism in Europe, this was an appealing prospect. 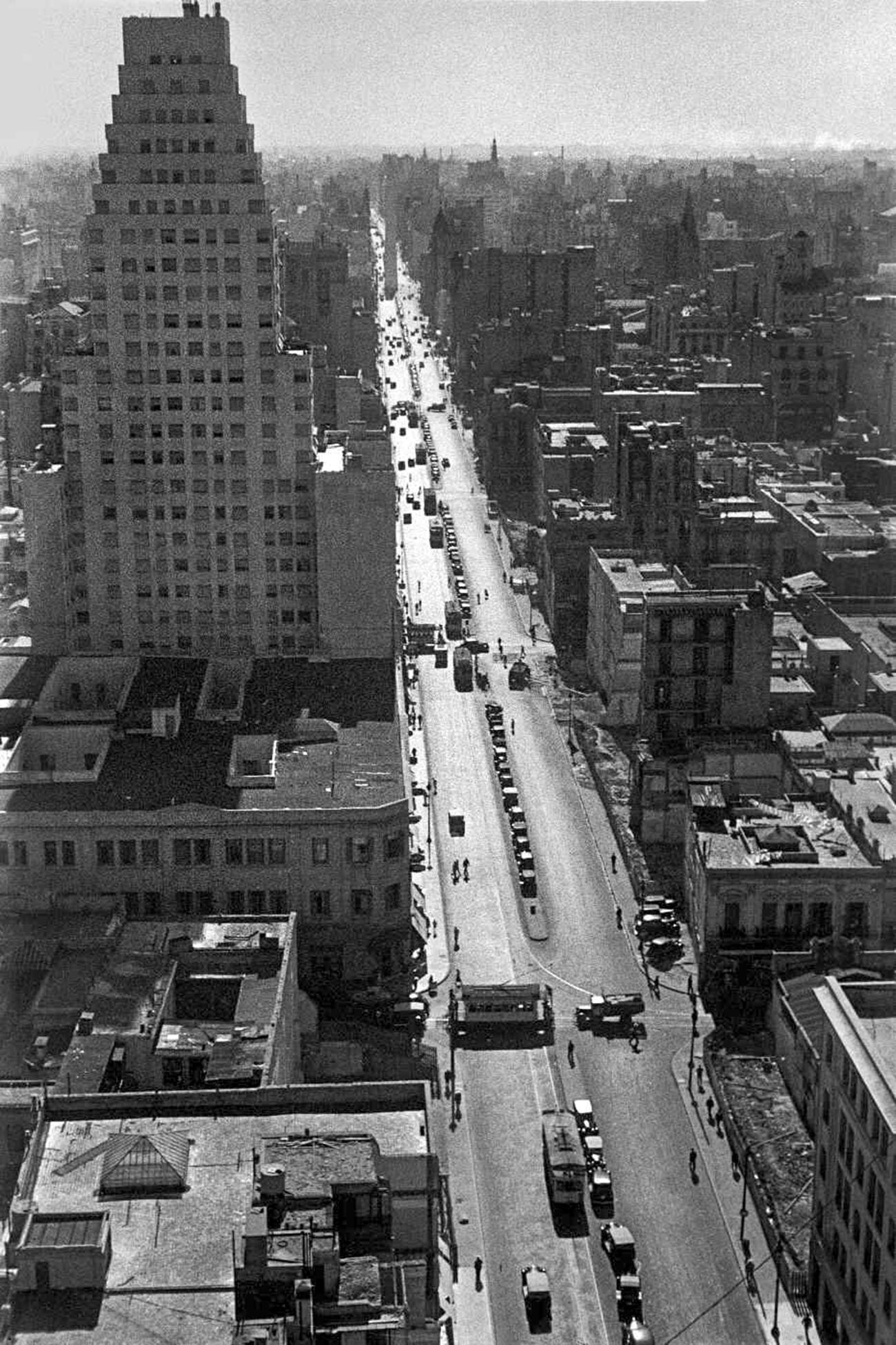 By the age of 18, Grigulevich became actively involved in the Polish-Lithuanian underground communist movement as a militant. He was subsequently arrested, imprisoned and, later, exiled to Paris, where he enrolled in the Sorbonne University to study social sciences and, in the meantime, participate in the Comintern activities.

Following an order of the Comintern, the young activist moved to Argentina in 1934 to mobilize the local Jewish and Polish immigrant community for the good of the international communist movement.

In 1936, the devoted cosmopolitan revolutionary rushed to Spain to join the Republican forces supported by the Soviet Union in their fight against the Nationalists. Soon enough, Grigulevich fell on the radar of Soviet intelligence. 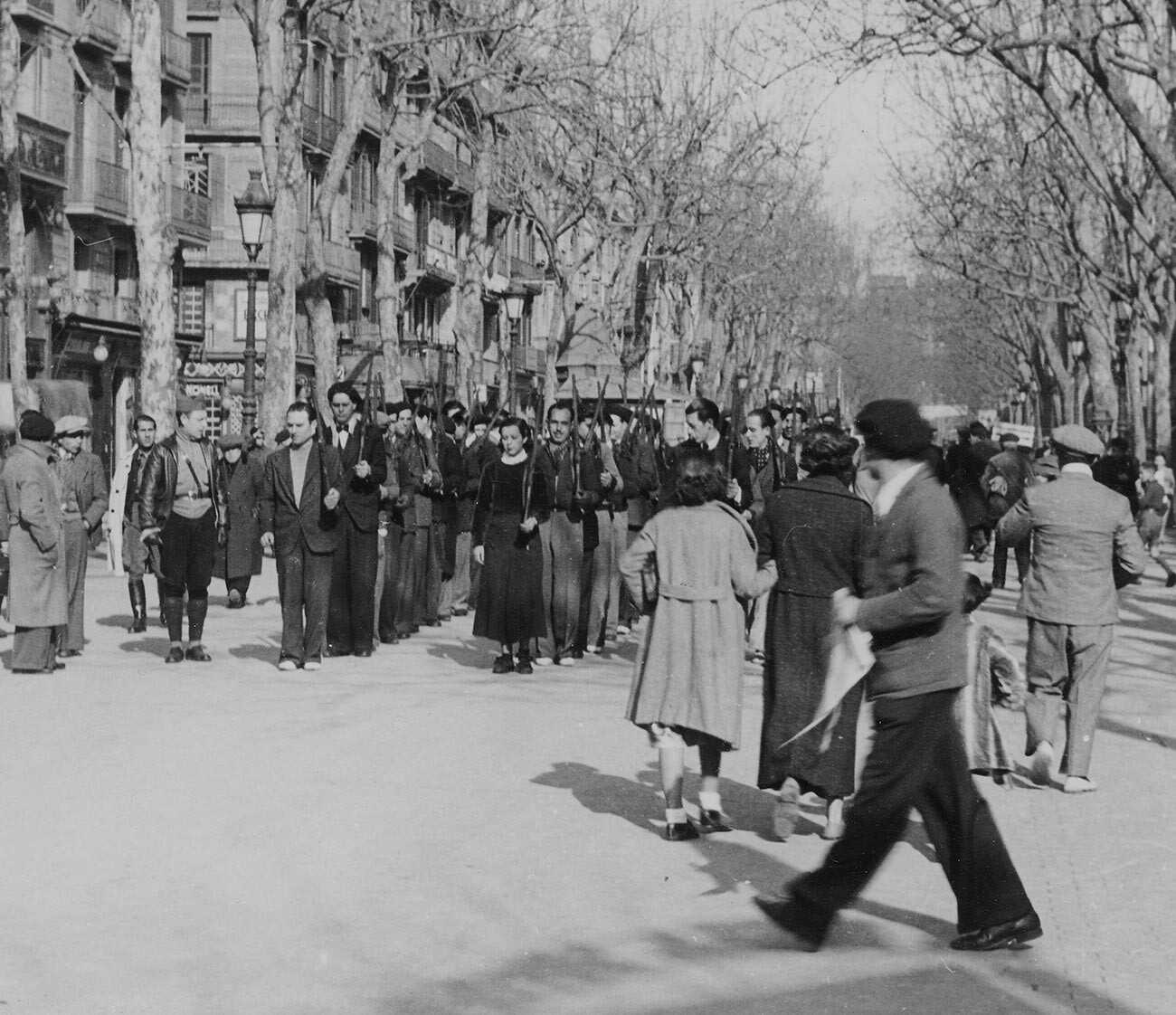 A year after his arrival to Spain, Grigulevich was recruited by NKVD station chief Alexander Orlov, a man who would later defect to the U.S. for fears of repressions that were rapidly gaining force in the USSR amidst Stalin’s purges. Nonetheless, Orlov kept Grigulevich’s status a secret, allowing the Soviet spy to work for the benefit of his bosses in Moscow.

On the night of May 24, 1940, a group of 20 armed men surrounded a house in the Coyoacan borough of Mexico City where Leo Trotsky, Stalin’s bitter political enemy in exile, resided. The raiders were dressed in the uniform of the Mexican army and police, but they were neither. 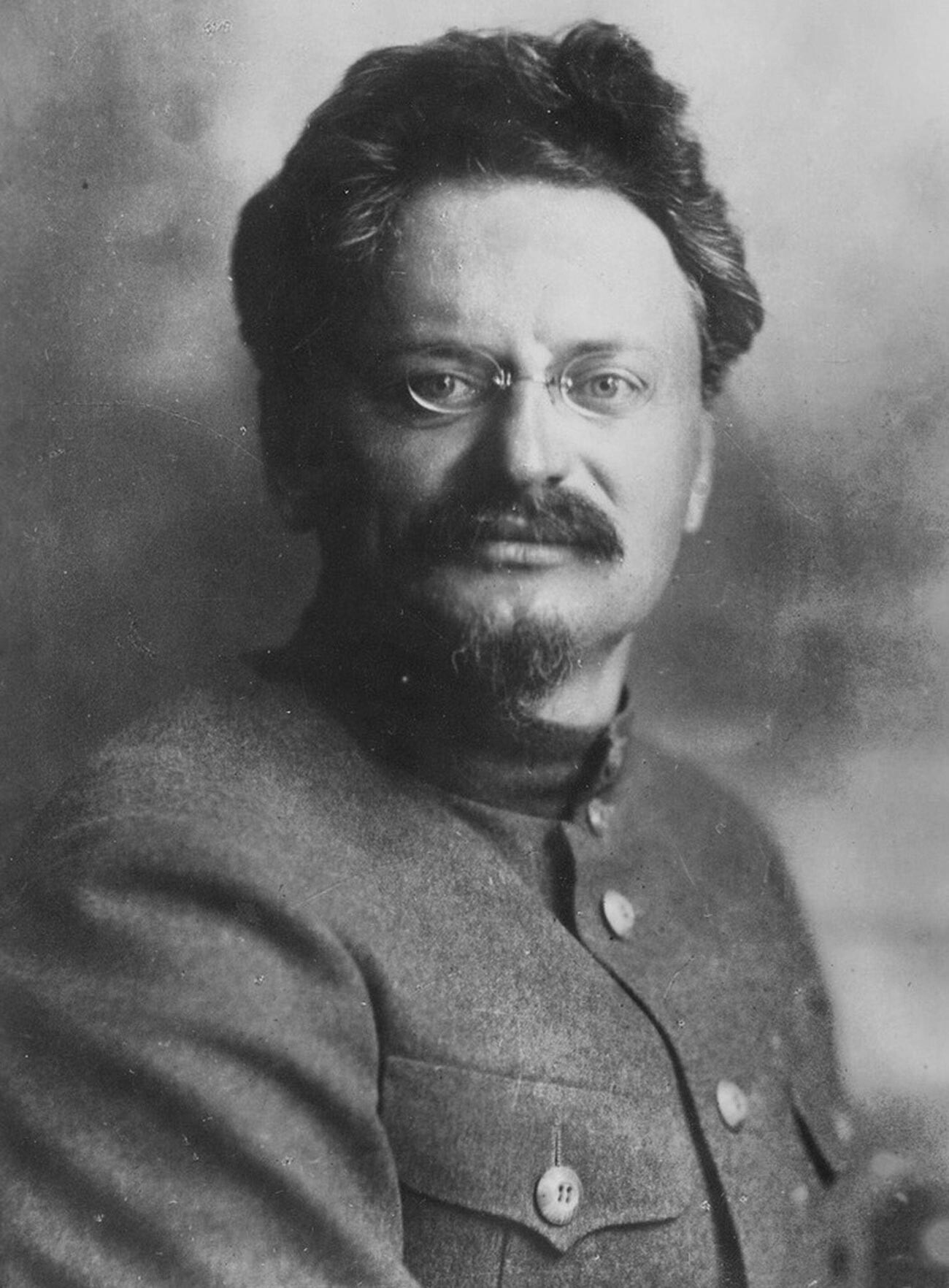 The NKVD hitmen entered the house, located the room where Trotsky was sleeping and brought down a barrage of gunfire through one of the walls. Iosif Grigulevich was one of the men involved in the assassination plot designed by Stalin’s spy Pavel Sudoplatov.

Despite walls riddled with bullets, Trotsky survived by hiding underneath his bed. The crew, trained in military craft, but lacking experience in running clandestine association attempts, failed to confirm the victim’s death and hurried to flee the scene before the police arrived.

Years later, Grigulevich’s daughter Nadezhda expressed relief about the fact that her father did not succeed in this particular undertaking.

“The documents related to that [assassination attempt] remain classified. I suppose that operation was the most tragic page in [Iosif Grigulevich’s] life. Fortunately, it didn’t work out,” said Nadezhda Grigulevich.

The failure to kill Trotsky infuriated Beria but, somewhat surprisingly, Stalin decided to spare the lives of the agents involved in the operation. Instead, Grigulevich, decorated with the Red Star after another unsuccessful assassination attempt on Trotsky’s life, was sent back to Argentina where he spent another eight years, largely forgotten amidst the bloody war which swept through Europe in the 1940s.

According to Andrei Znamenski, Professor of History at the University of Memphis, Grigulevich masterfully rode the wave of the growing anti-cosmopolitan campaign launched in the USSR after the war and even turned it to his advantage.

The campaign sought to “expose” “rootless cosmopolitans” who often were of Jewish origin. Despite Grigulevich’s ancestry, he was able to survive the new terror campaign by writing a book review that provided a scientific ground for the persecution of another Jewish writer and scholar Lev Zubkov. 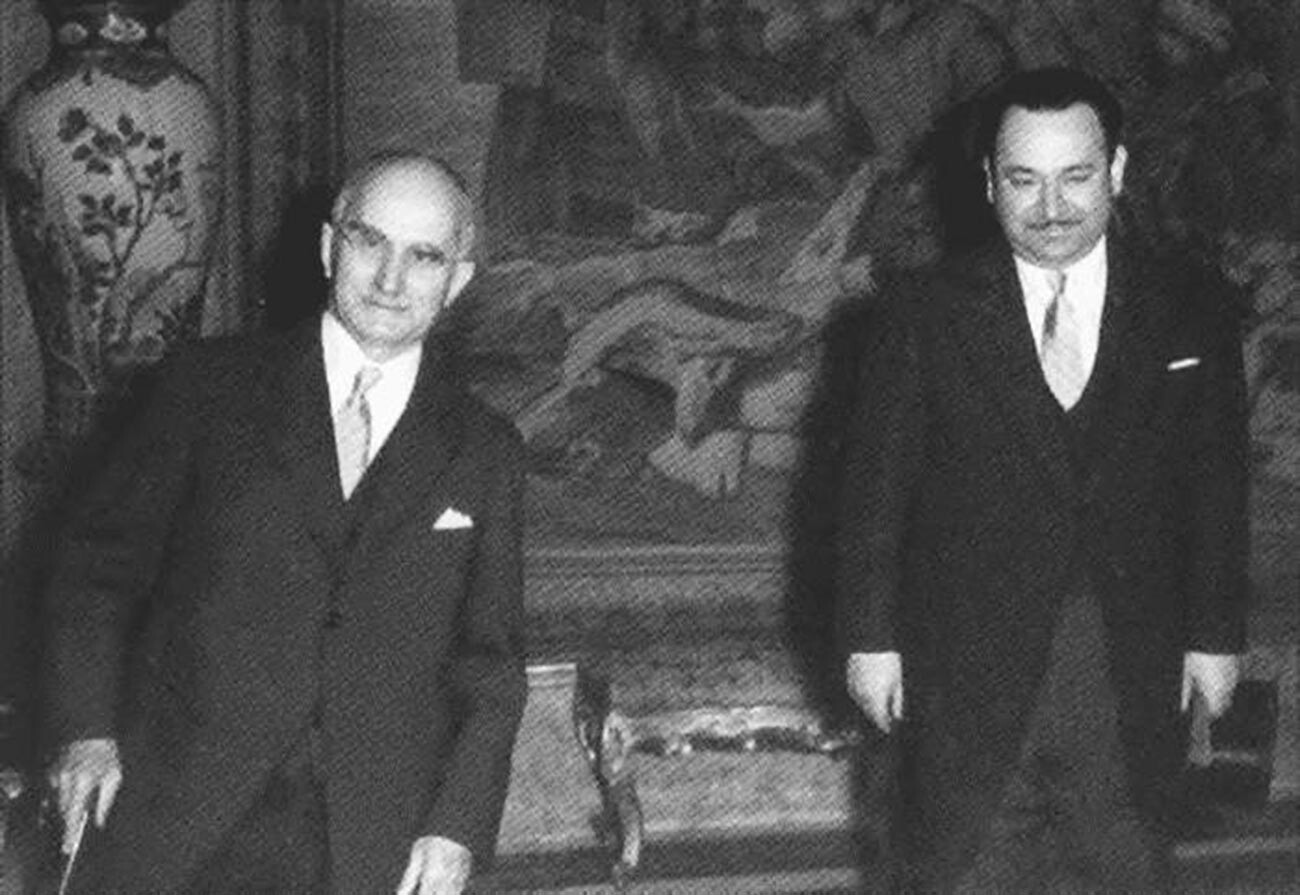 Asked what motivated him to align with the party and Soviet intelligence at this stage of his life, Grigulevich is said to have replied: “Fear! Fear of possible repercussions for not doing something, for not fulfilling an order.”

Nonetheless, he was able to turn the unfortunate situation to his advantage.

“Maneuvering through a minefield of ‘cosmopolitan traps’, he had his superiors assured of his reliability and loyalty. This finally granted him Soviet citizenship and cleared him for a new espionage assignment in Italy at the end of 1949,” wrote Znamenski. 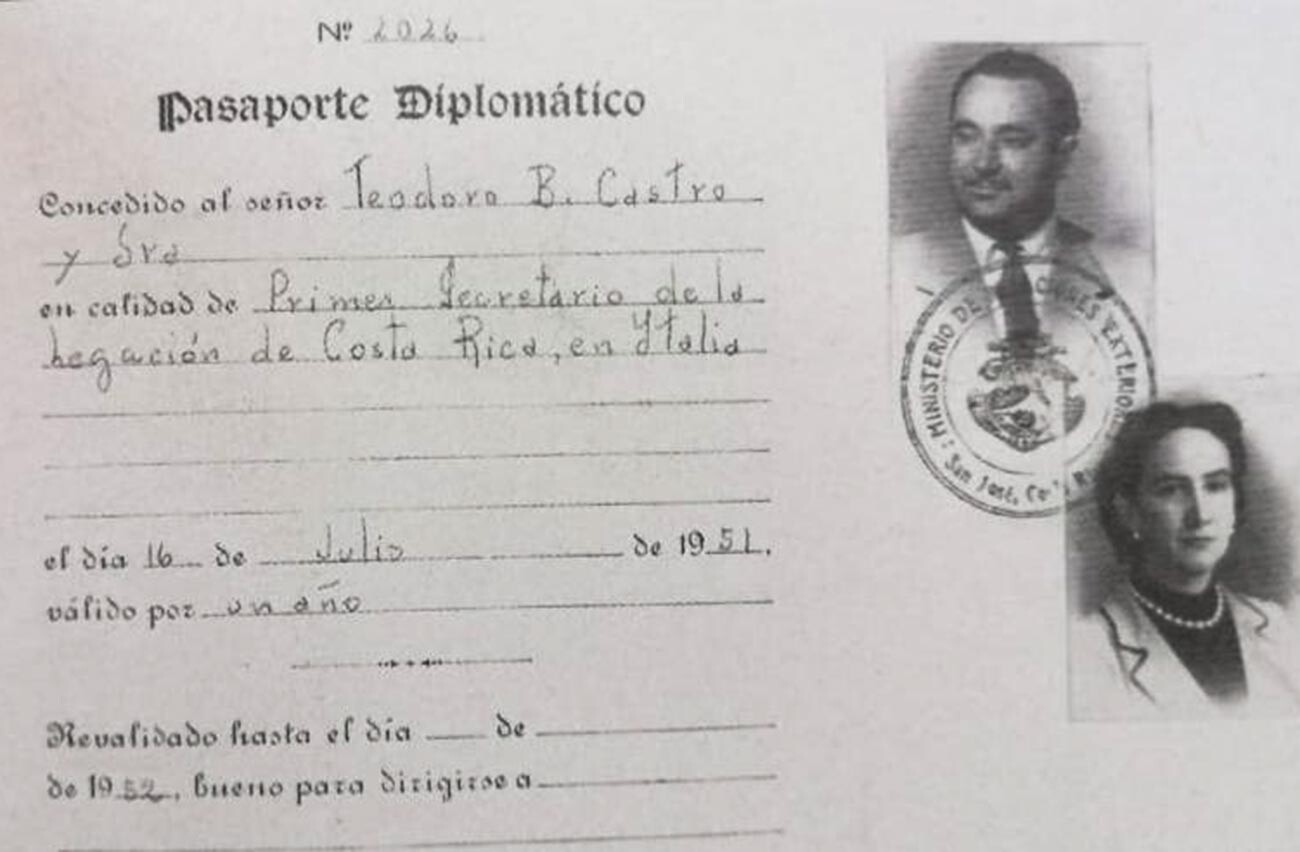 Diplomatic passport of the first secretary of the Costa Rican diplomatic mission in Italy, T. Castro (I. Grigulevich) and his wife. July 16, 1951.

Posing as an illicit child of a deceased Costa Rican aristocrat, Grigulevich acquired Costa Rican citizenship and started mingling with the country’s ex-pat community in Italy. Unexpectedly for everyone, he got himself appointed as the country’s ambassador in Rome, the Vatican and, subsequently, Yugoslavia.

“His Soviet bosses, provincial bureaucrats being raised in the Great Terror environment and fearing to take an initiative, were at first utterly appalled and even upset by such adventurism and open violation of their spycraft protocol. Yet, later, giving the whole thing a second thought, they were happy to accept his new status, removing him from several conventional spy assignments and turning him into the provider of political intelligence,” wrote Znamenski. 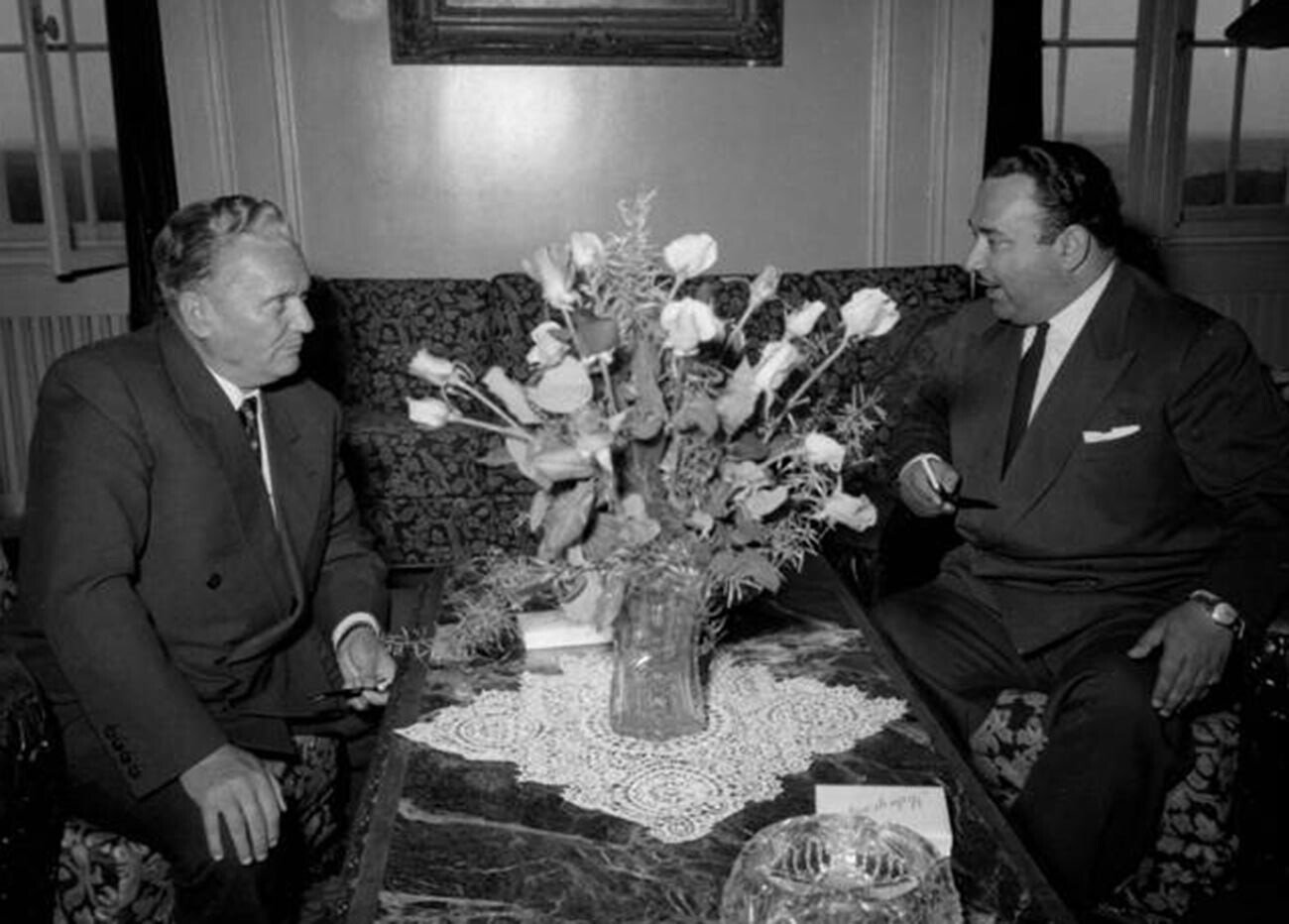 Tito meets Iosif Grigulevich who poses as the Costa Rican ambassador in Yugoslavia.

In subsequent years, Grigulevich supplied the Kremlin with invaluable intelligence that was acquired thanks to his unique position as a foreign ambassador.

At one point, Grigulevich was discussed as a possible candidate for a mission to assassinate Yugoslavia’s Josip Broz Tito, but Stalin’s death averted the plan.

Immediately after Stalin’s death, the new leaders in Moscow abruptly recalled Grigulevich to the USSR and expelled him from the intelligence service upon arrival as one Stalin’s acolytes.

Despite being abandoned by the organization he had spent his life working for, Grigulevich took this as an opportunity to indulge in his other passion: historic research, academic and popular writing.

In the subsequent years, Grigulevich defended a dissertation on Vatican policies and finances and released numerous books and research on the Catholic Church, Papacy, the Inquisition, as well as biographies of various Latin American revolutionaries. 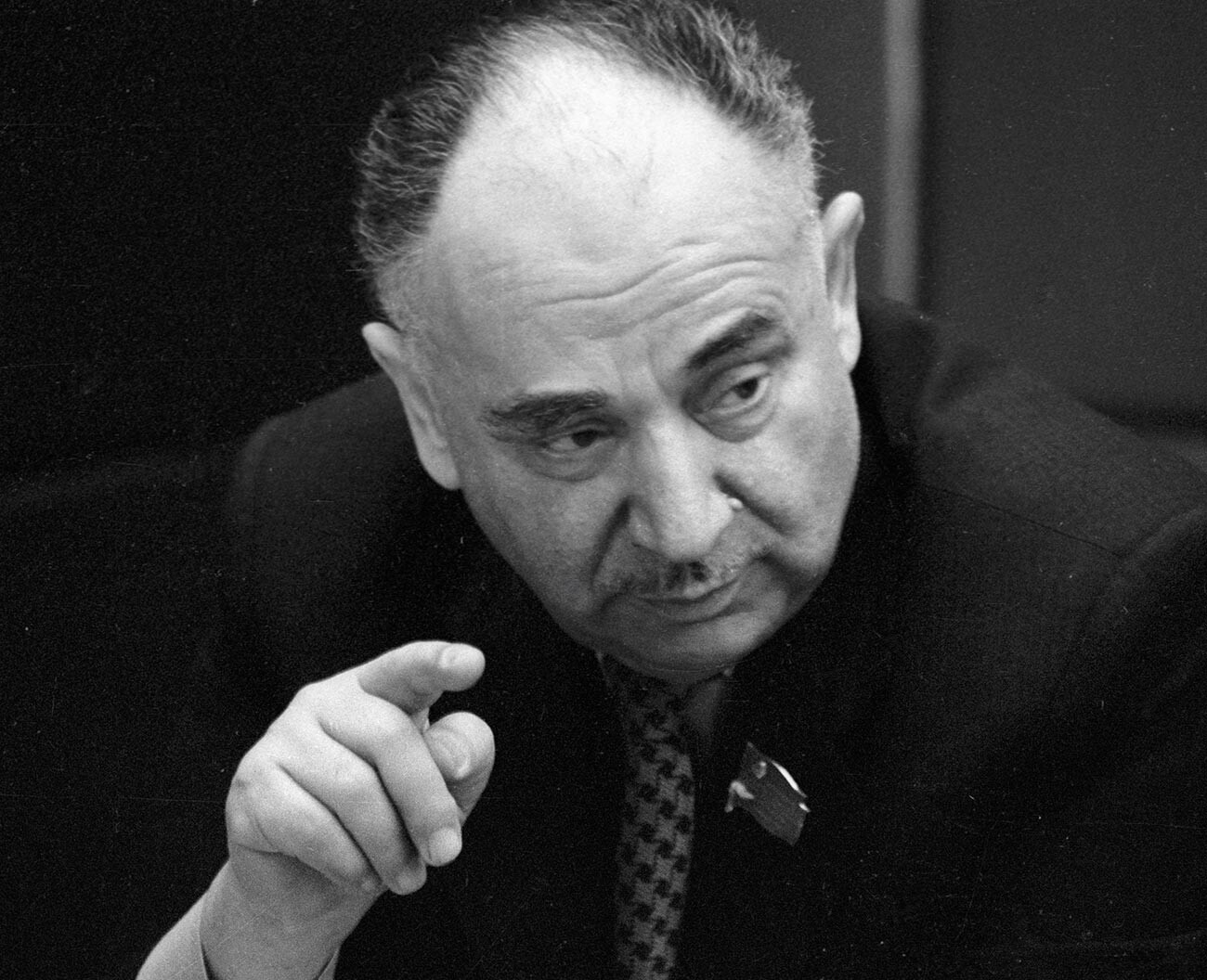 Iosif Grigulevich, a corresponding member of the USSR Academy of Sciences, a Soviet historian.

Grigulevich wrote and published new books so actively and fast that it sparked rumors about him hiring ghostwriters, an allegation that has subsequently been refuted.

Iosif Grigulevich died in 1988 in Moscow.

“You know what [his] feat is? Everyone, well, almost everyone, is gifted with some talents. Grigulevich used it by 1.000 percent. He had nothing in life: no hobbies, no entertainment. I only remember his bent back and his writing […] Recreation [for him] was reading,” said his daughter Nadezhda Grigulevich.

Click here to read about the Soviet defector who SINGLEHANDEDLY started the Cold War.