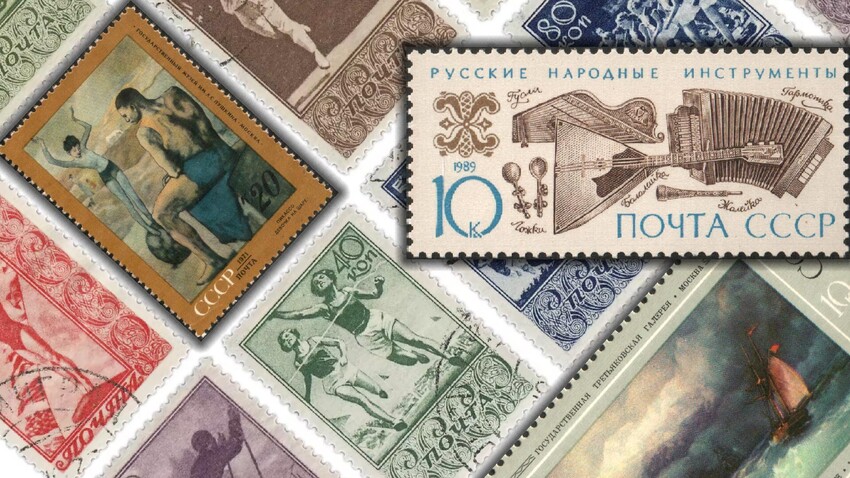 Russia Beyond (monetnik.ru, Public Domain)
Some of these rare stamps feature masterpieces by Leonardo Davinci and Pablo Picasso. 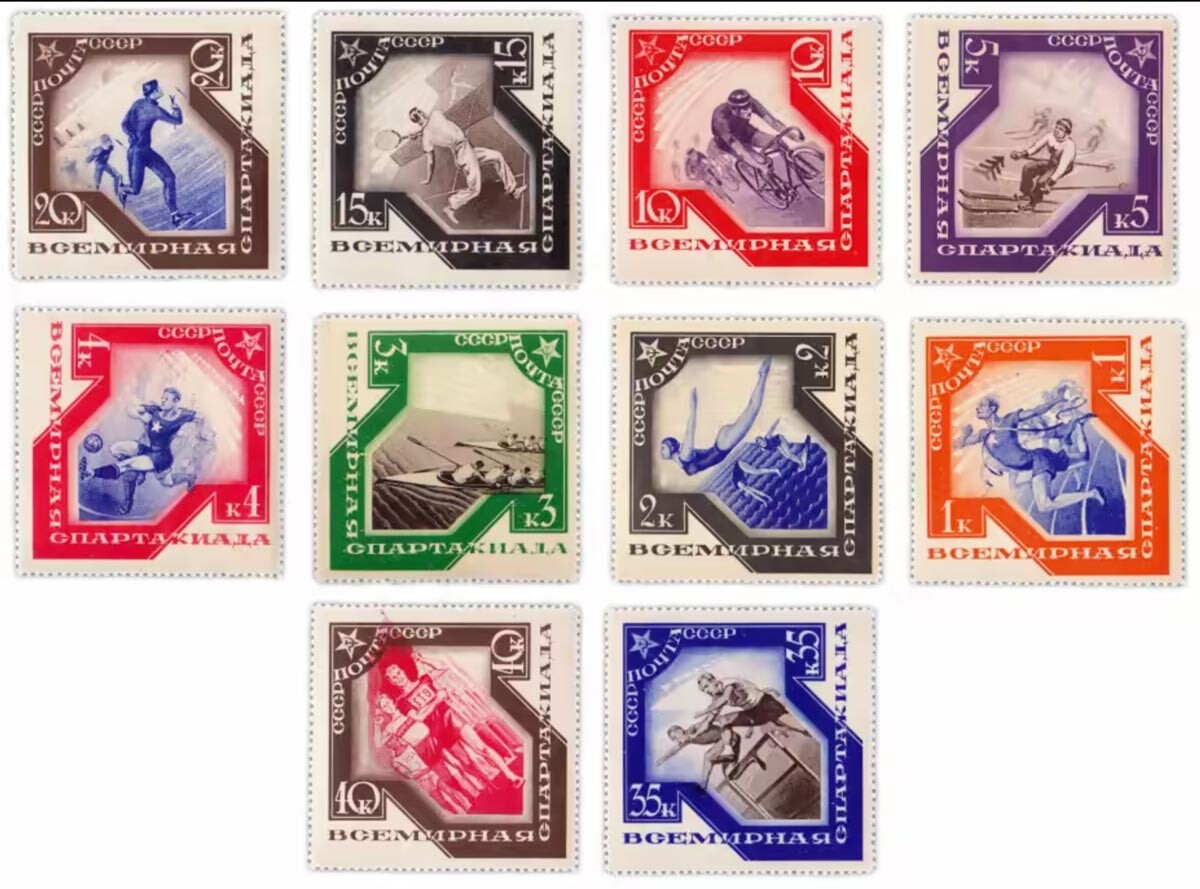 The cult of sport was a very real thing in the Soviet Union. In the early 1930s, the Comintern-sponsored organization ‘Red Sport International’ planned to host an event it called ‘Spartakiade’. The international sport event was designed as a communist alternative to the Olympic Games.

But, by the late 1930s, the organization had lost its influence and dissolved. Yet, a collection of postal stamps printed to commemorate the Spartakiade that had been scheduled for 1935 was released anyway.

At the time of its release, it instantly attracted the attention of Soviet philatelists. These stamps were united by a single design and feature sports like tennis, ice skating, cycling, skiing, football and others. 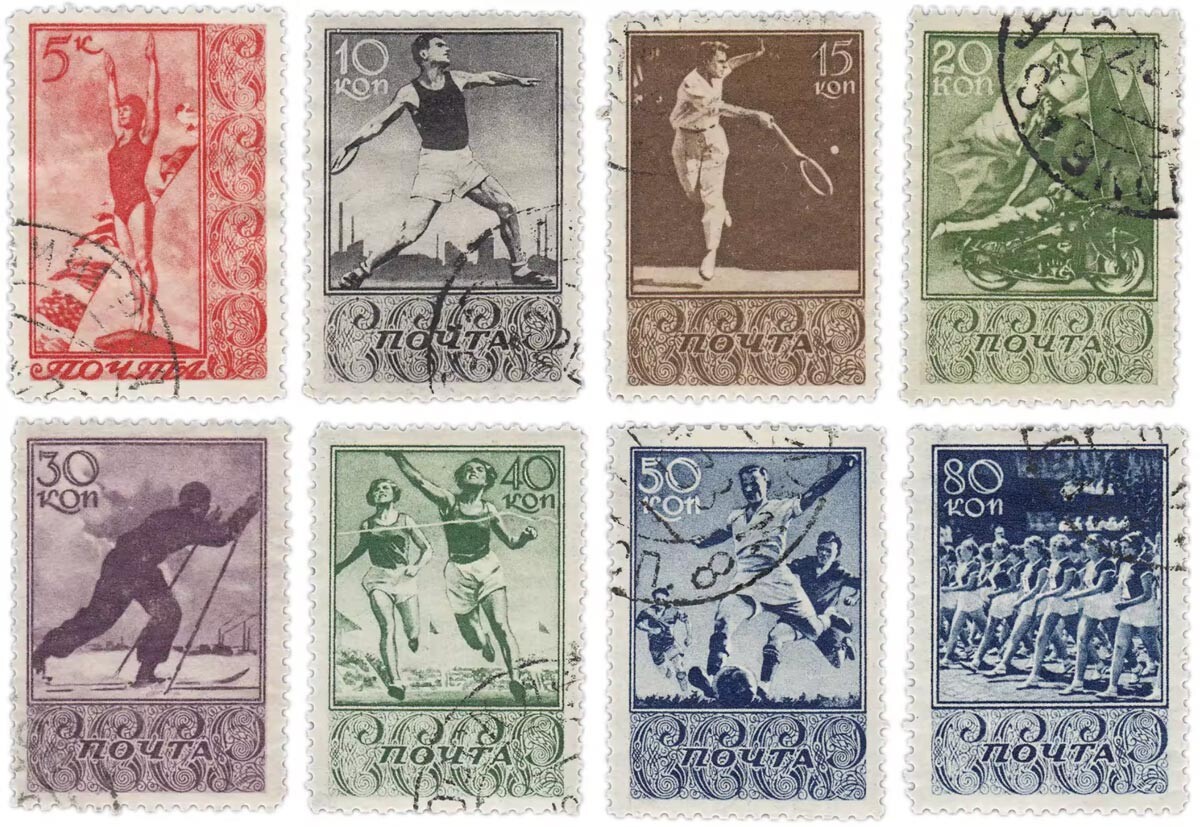 This collection is yet another testimony to the cult of sport that was developed in the USSR. Sometimes, Soviet philatelists picked certain stamps from this collection as substitutes for lacking stamps in the ‘International Spartakiade’ collection.

The design of the ‘Sport’ collection was much different, however. The most valuable and rare stamp of the collection was the 50 kopeck ‘Football’. In total, the series featured eight stamps.

3. The ‘Russian and Soviet Art’ collection 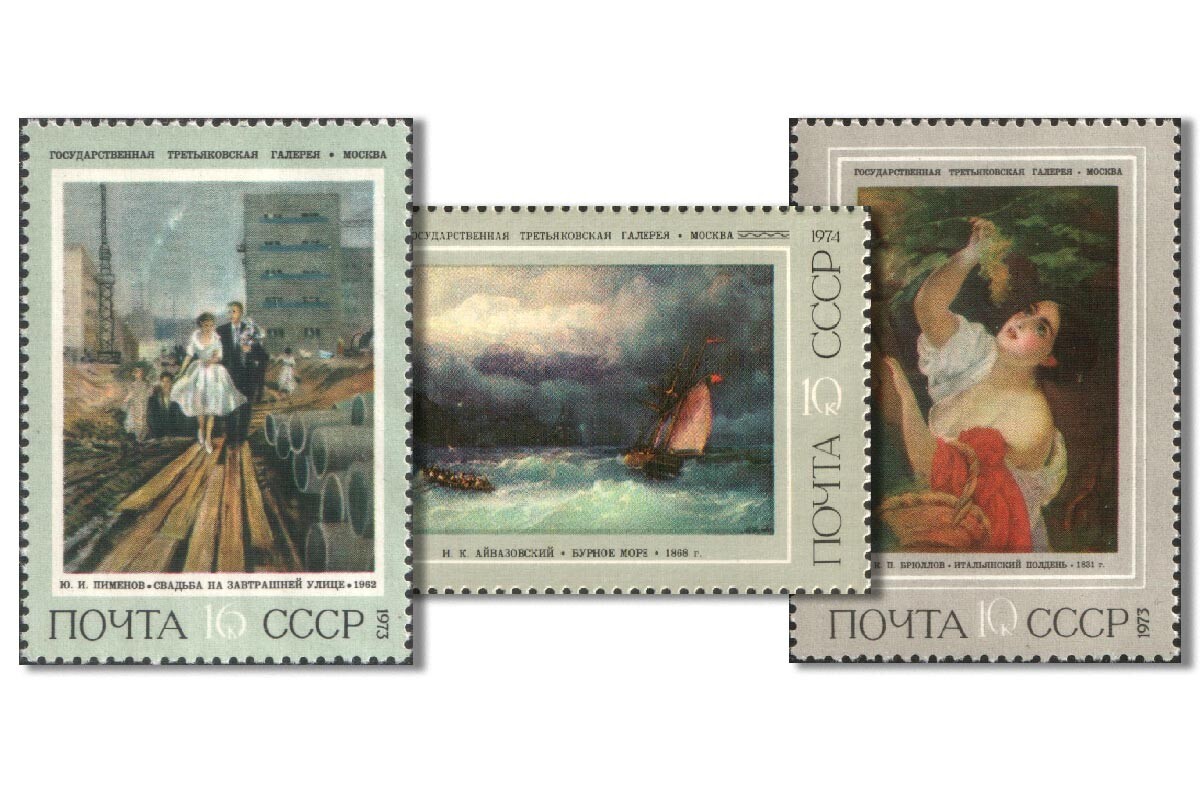 4. The ‘Foreign paintings in the Museums of the USSR’ collection 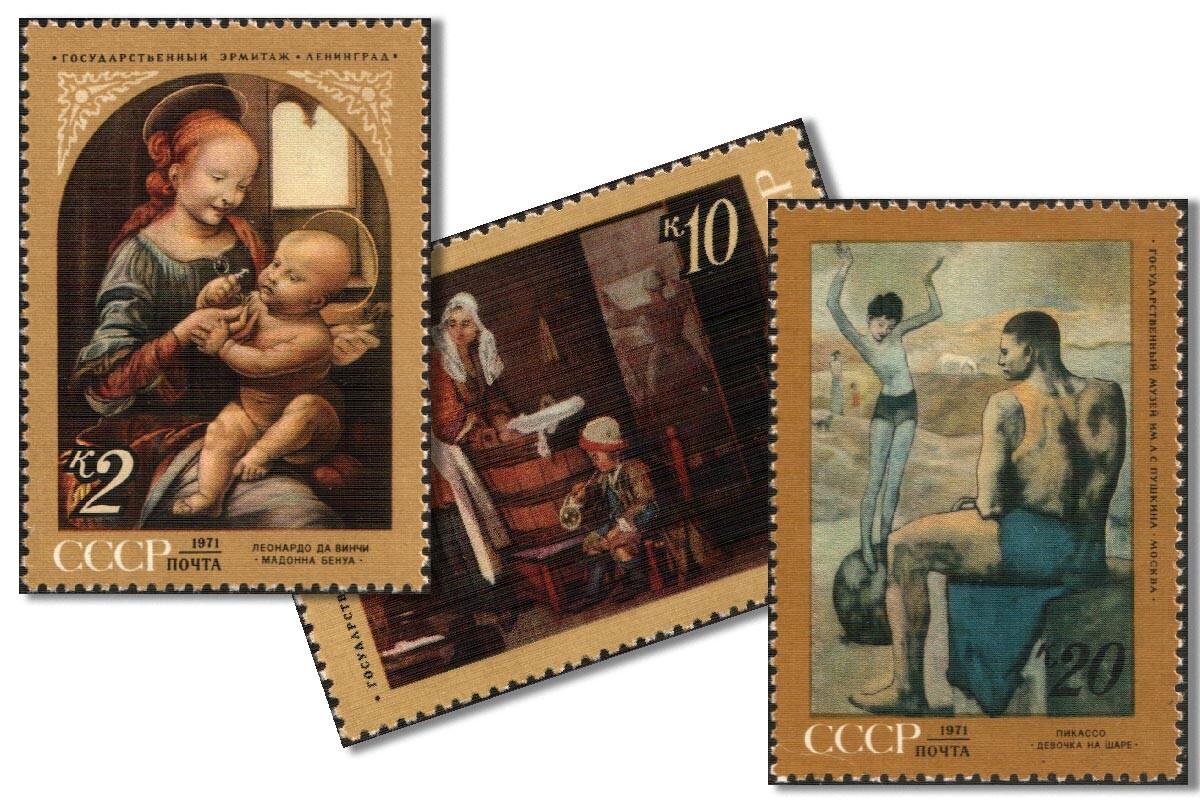 Paintings of foreign artists also appeared on Soviet postage stamps alongside Russian art. On a different series of stamps, the Soviet postal service featured artworks like Benois Madonna by Leonardo Davinci, Penitent Magdalene by Titian, Girl on a Ball by Pablo Picasso and others.

5. The ‘Peoples of the USSR’ collection 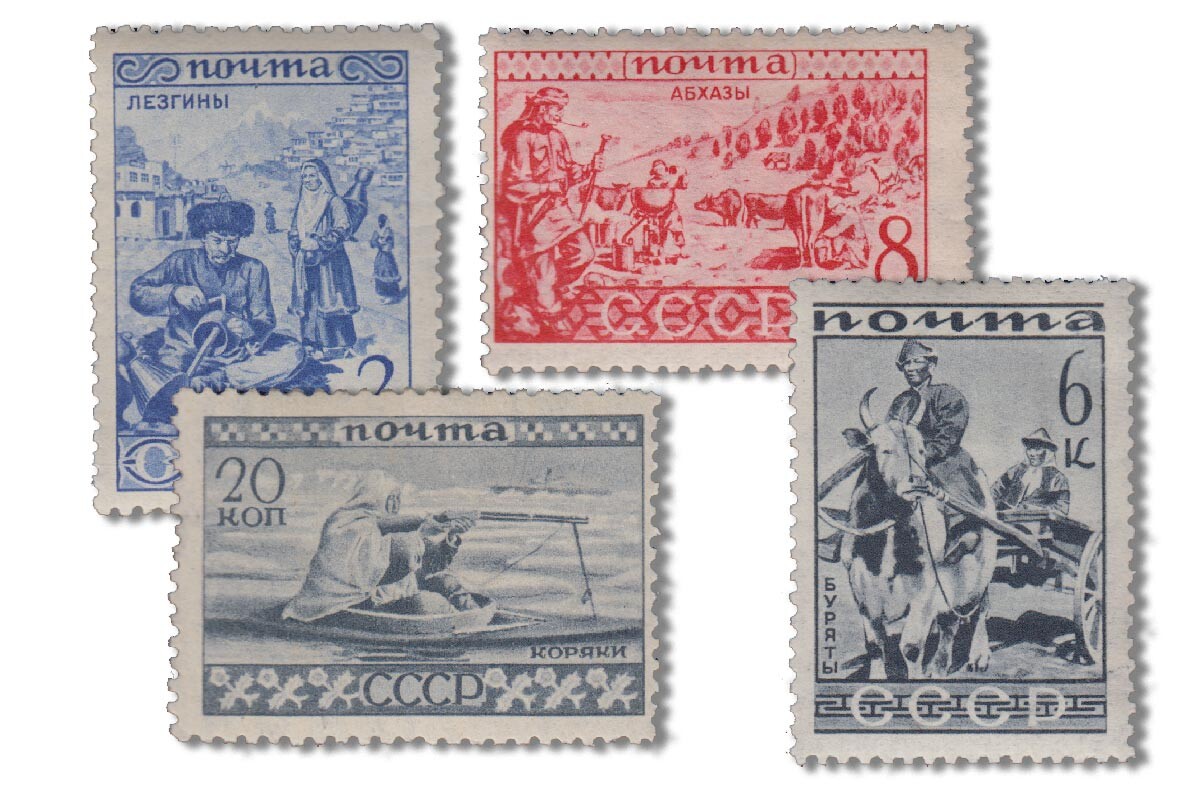 The Soviet Union comprised many republics. People of different enthnic backgrounds identified as Soviet people. Arguably, the ‘Peoples of the USSR’ collection of stamps was meant to emphasize the importance of interethnic friendship and solidarity of different cultures that comprised the Soviet Union.

It turned out to be one of the most numerous collections of stamps printed in the USSR. There were 21 stamps in total in the collection. The circulation of most was 200,000 pieces each, with some exceptions of rare stamps. The series also featured images of sparse nationalities, such as Lezgins, Crimean Tatars, Tunguses, Abkhazians, Koryaks and others.

6. The ‘Musical instruments of the peoples of the USSR’ collection 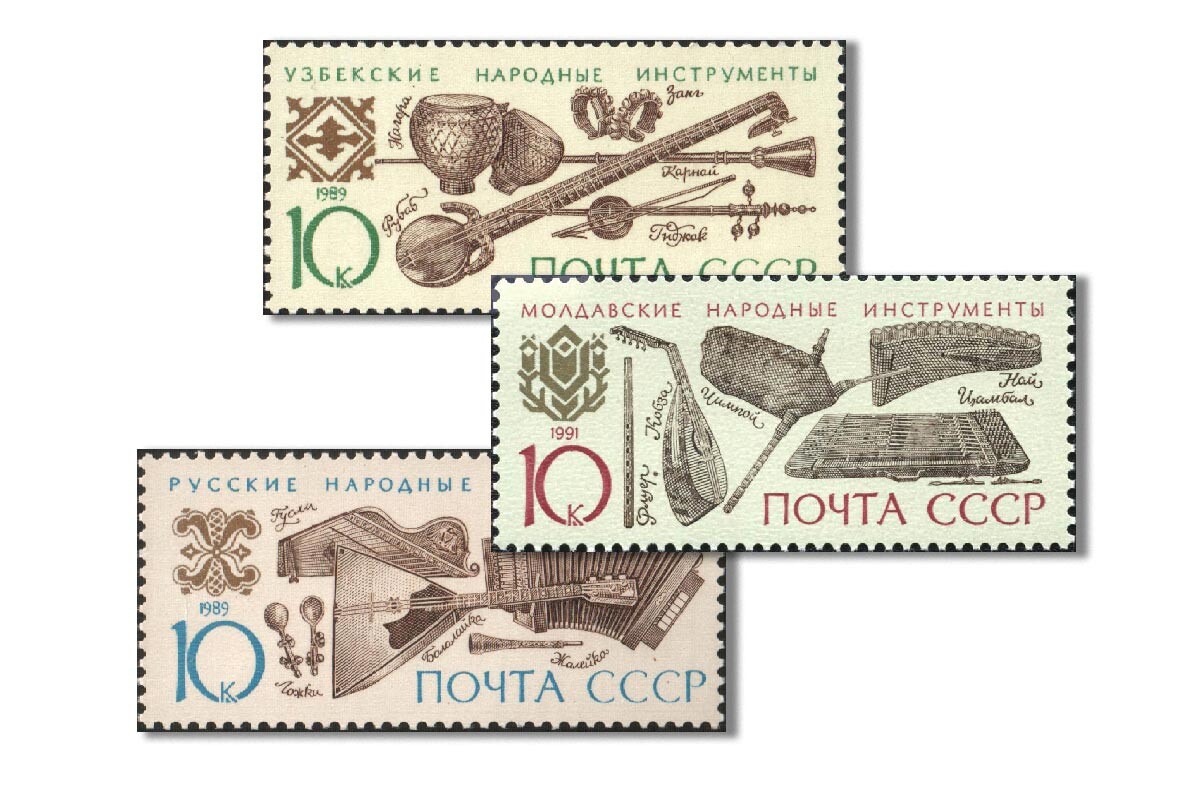 This series of postage stamps first started in 1989 and outlived the Soviet Union, being printed up until 1992. Each stamp featured unique folk musical instruments of various ethnic groups living in the USSR. Different stamps featured instruments like the Russian balalaika, Kazakh dombra, Moldovan kobza and cimbalom, Azeri bağlama and others.

This series of stamps were released in 1931 and highlighted the fact that the Soviet people had high hopes for the future of Zeppelin building in the country.

One of the 50-kopeck stamps in this series became incredibly valuable.

Click here to find out what the most expensive stamps printed in the USSR were.