When exactly did the famous faceted glass appear in Russia? (PHOTOS) 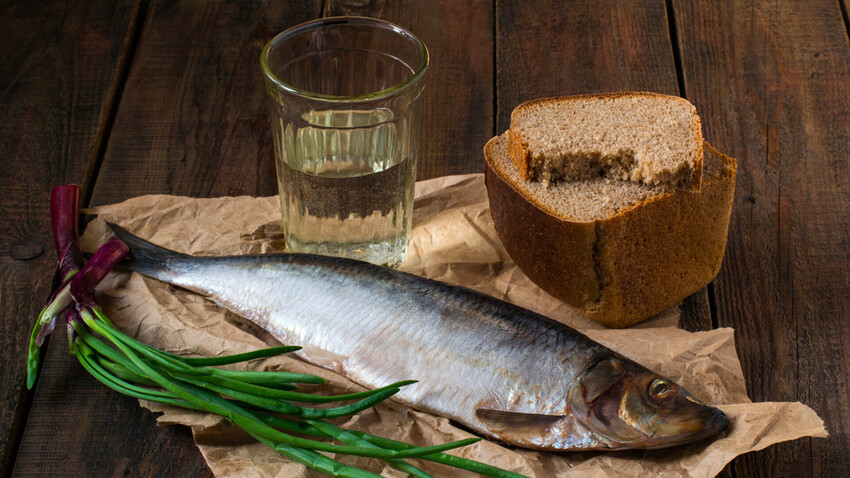 Alexey Bushkin/Sputnik
It became one of the most recognizable symbols of the Soviet era, but it was invented long before that. 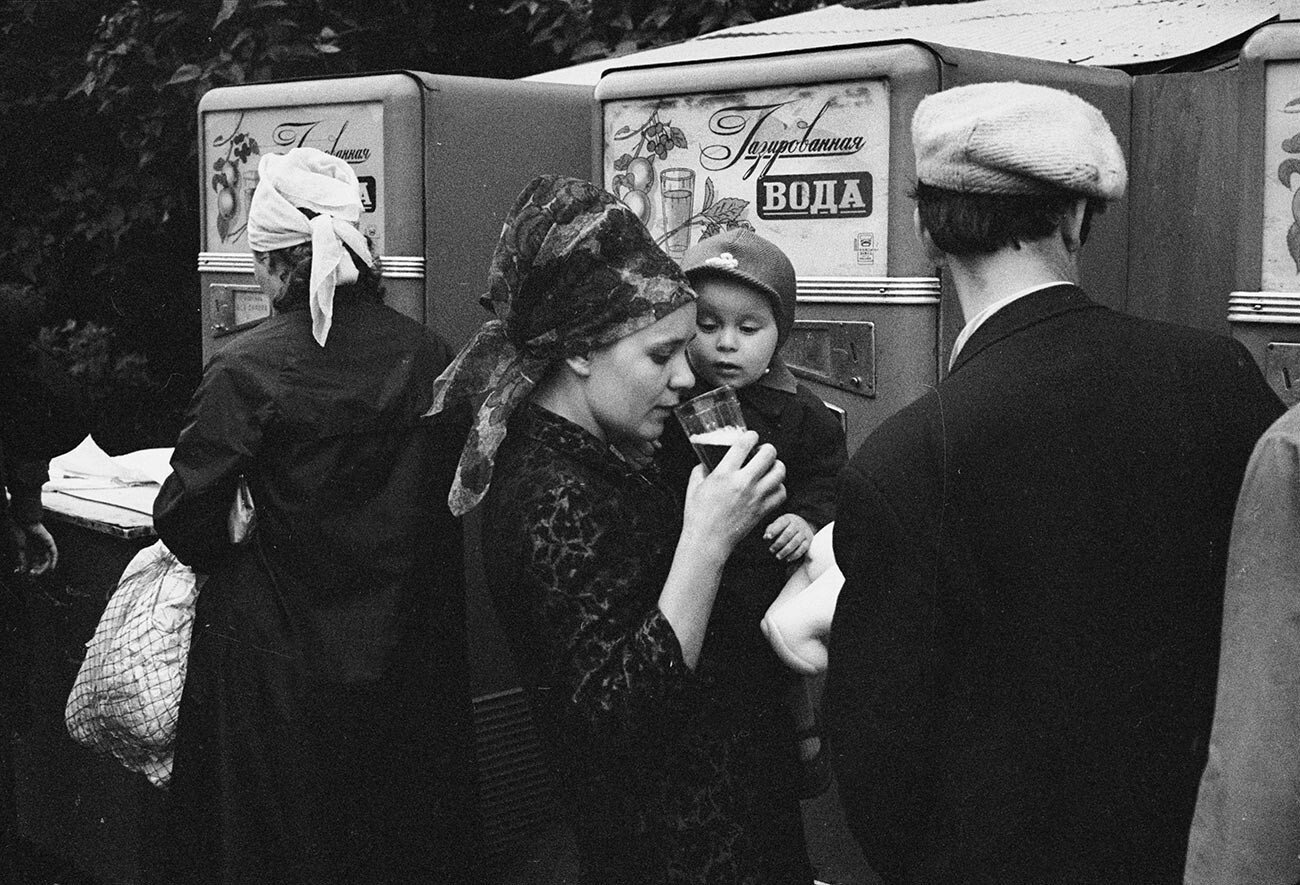 With time, the Soviet glass tumbler became one of the symbols of the bygone era. However, people apparently enjoyed this shape long before the Soviets made it mainstream.

A legend about Peter the Great

Soviet sculptor Vera Mukhina, who is widely credited with the authorship because she headed the ‘Leningrad Artistic Glass Workshop’ at the time, designed the glass tumbler in September 1943. 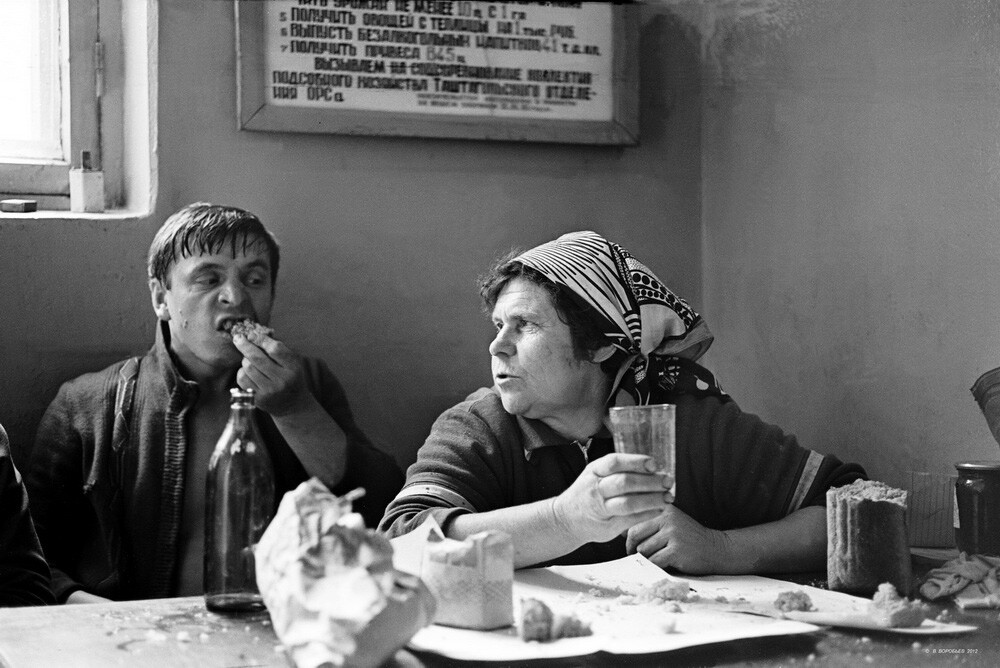 Lunch at a pig farm.

Yet, drinking from the glass tumbler is said to be a much more ancient tradition for Russians. Naturally, tumblers produced before 1943 differed from the Soviet version, albeit having some striking similarities.

One such glass is depicted in artist Kuzma Petrov-Vodkin’s painting ‘Morning Still Life’ created in 1918. The glass on the canvas does not extend towards the top, has comparatively wide facets and lacks a flattened rounded rim at the edge. Similar glasses were widespread in Russia before the Revolution. 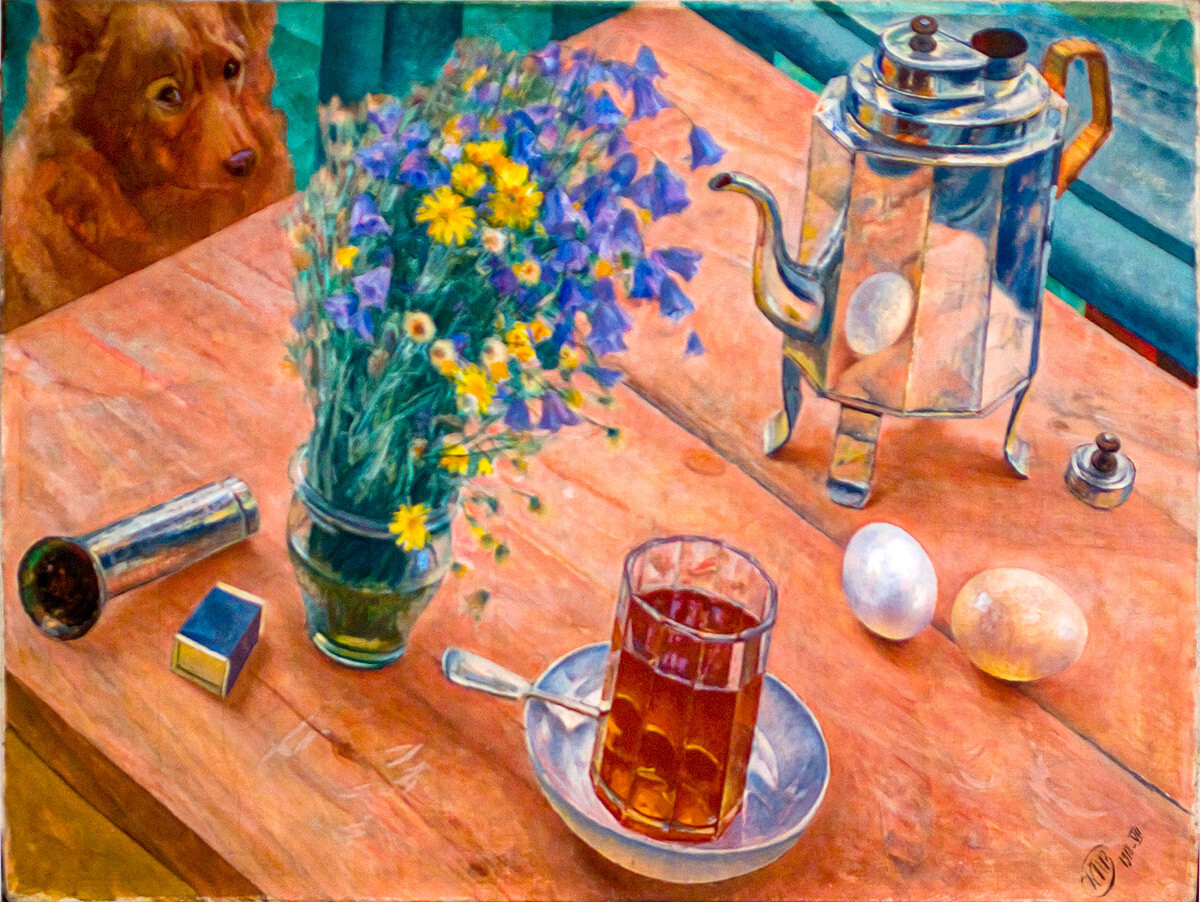 Russian glassmaker Yefim Smolin, who lived in the late 17th- and early 18th centuries, is credited with inventing the pre-revolutionary version of the faceted glass.

A legend has it that the inventor presented his very first faceted glass to Tsar Peter the Great saying that it couldn’t be broken. The tsar liked the glass and having tried it in action he allegedly exclaimed: “Let the glass be!” (Russian: Stakanu byt’!). He threw the glass on the floor to test its rigidity, but the glass shattered. However, the tsar did not punish the glassmaker, but, instead, enabled the mass production of faceted glasses.

According to the legend, people present during this episode misinterpreted the tsar’s words. They believed that the tsar had exclaimed: “Break glasses!” (Russian: Stakani bit’!). Allegedly, this misinterpretation launched a tradition of smashing glasses by hitting them against the floor after especially important toasts.

The Soviets took the popularity of the faceted glass to a whole new level, however. 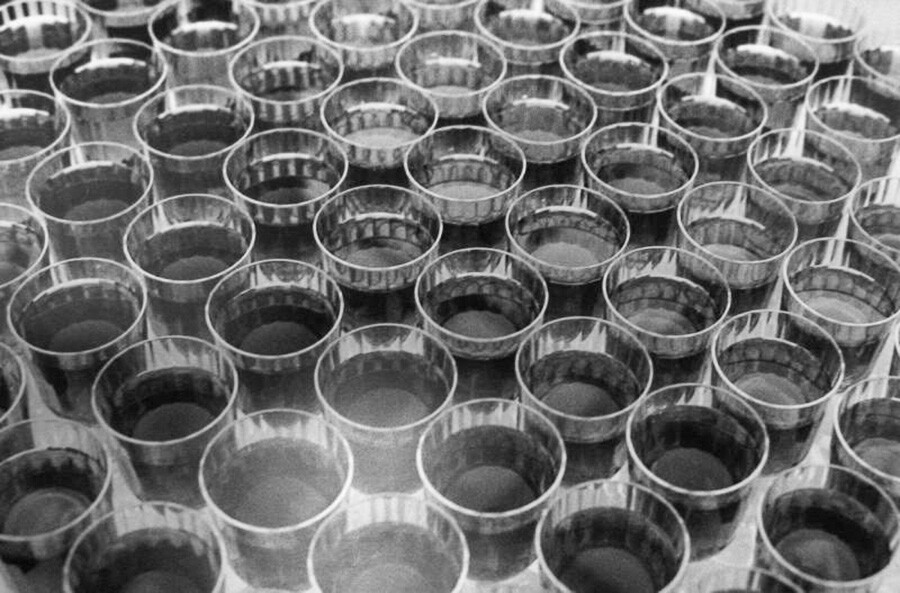 A group of glassmaking experts, designers and sculptors was summoned by an order of the Soviet government. Their mission was unlike anything else:

“They were tasked with developing sketches of Soviet-era tableware that could be used in catering establishments. At that time, dishwashers were already appearing and glasses tended to break, plus they needed a lot of them. Specialists were given the task to develop such a glass that would be durable, beautiful, easy to use and easy to wash. In his memoirs, Uspensky [an artist and member of the working group] writes that a lot of samples of different tableware were developed, including a faceted glass, which later began to be produced at the Gusevskoy crystal factory,” said Alla Chukunova, curator of the glass collection at the Maltsev Museum of Crystal. 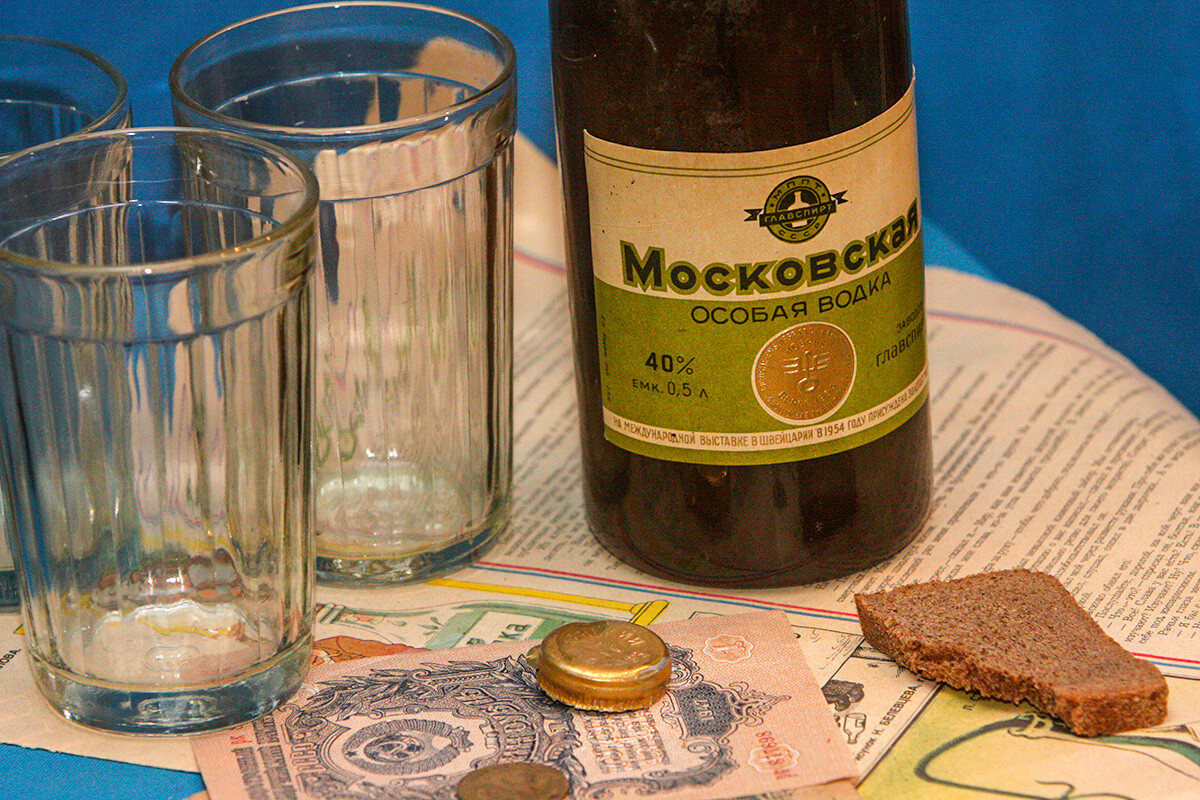 The results of the working group exceeded expectations of the Soviet government. Faceted glasses proved very durable and easy to wash in washing machines and by hand, thanks to its distinctive shape. 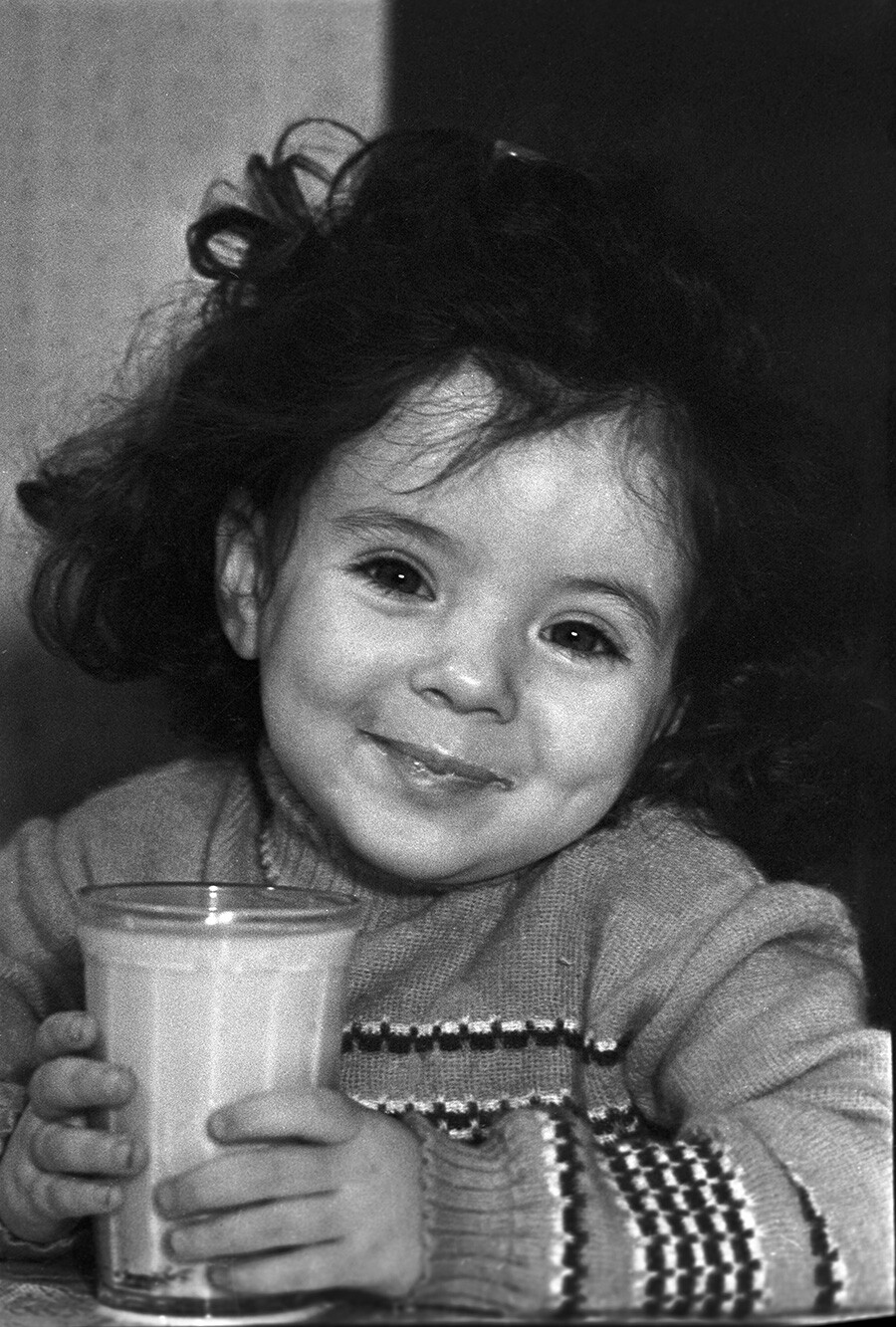 Gradually, this kind of glass spread throughout the Soviet Union, appearing practically in every single establishment: from canteens to hospitals, from resorts to vending machines. 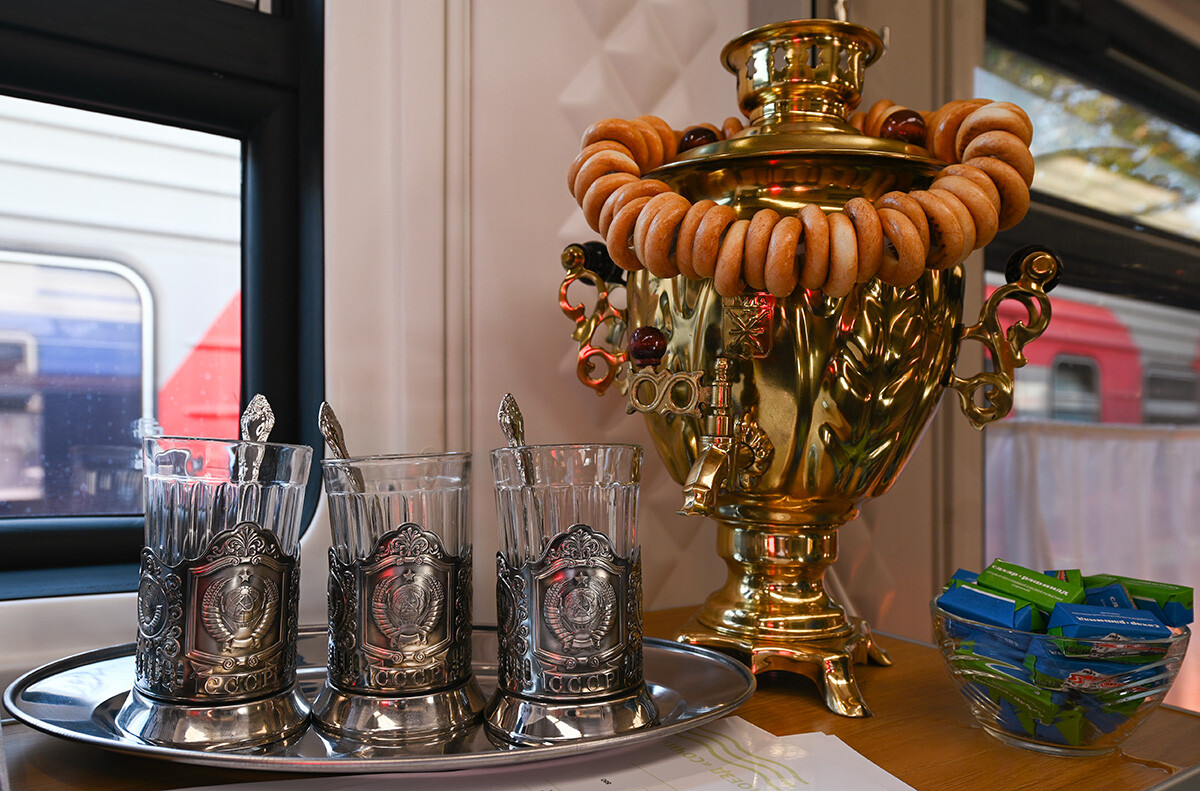 A samovar in a restaurant car of the new tourist train "Sochi" on the line Tuapse - Sochi - Gagra.

For use on trains, faceted glasses were complimented by another peculiar invention - metallic cup holders that became an essential, romantic feature of Russian rail travel.

Click here to learn 5 facts about the legendary Soviet faceted glass that will surprise you.