Big bucks in Russia: How and why American and European celebrities do commercial endorsements? 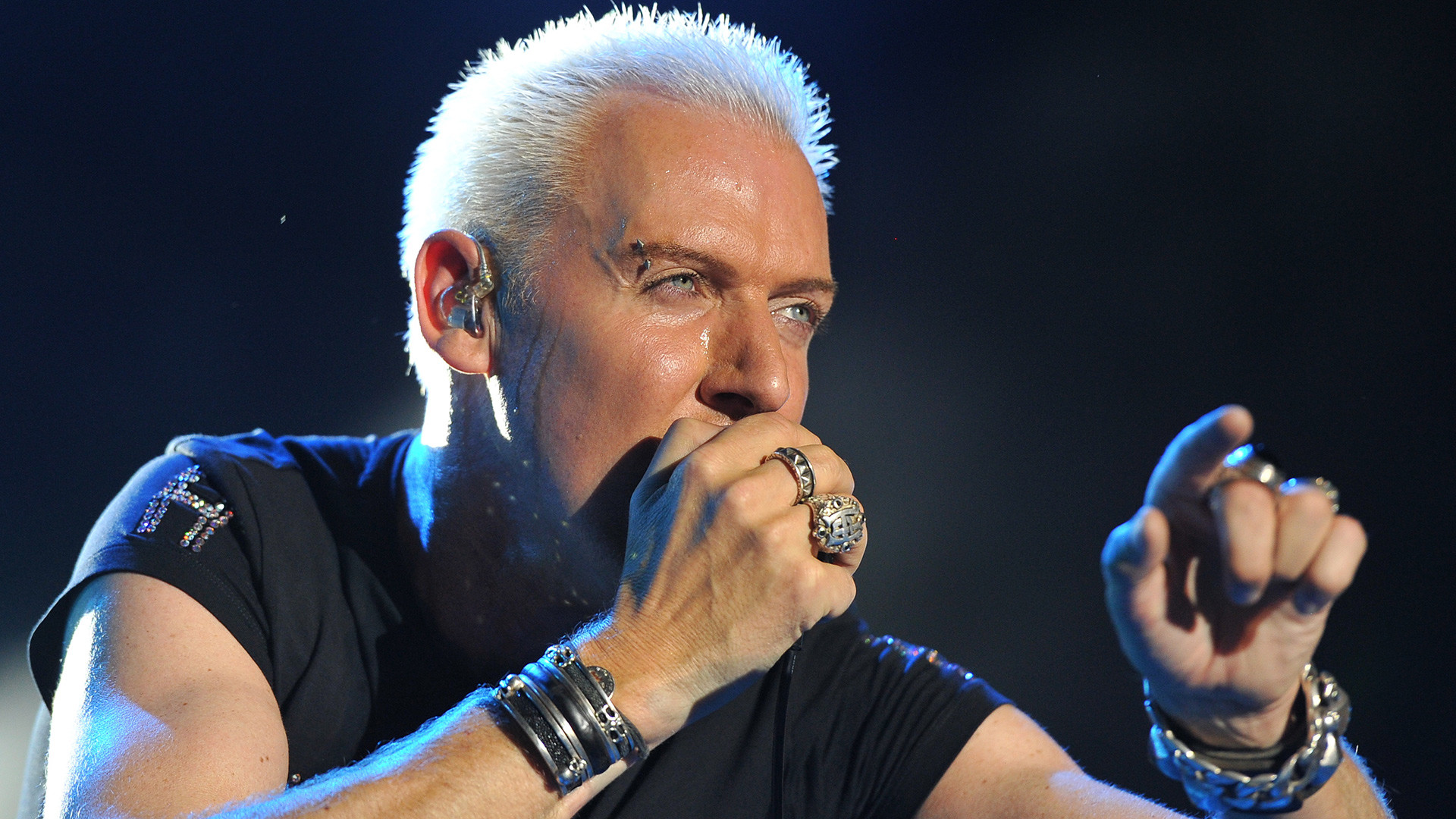 Have you heard about Scooter, the successful German techno group from Hamburg? Its lead singer, H.P. Baxxter, has sold millions of records worldwide, as well as vacuum cleaners and microwave stoves for a Russian tech firm.

Alexander Ryumin/TASS
Brutal macho men scare off Russian hooligans, an FBI Special Agent dreams about his parallel Russian life, and an MMA fighter cheers up Russian men. What other things do foreign celebrities do to sell goods made in Russia?

Many Hollywood stars proudly flaunt their Russian background, no matter how distant it might be. When it comes to making money in Russia, even a distant ancestor gives one the desired Russian aura.

Sometimes, a Russian pedigree inspires very artistic ads that look more like short films in their own right. Take a look at this beer ad that turns the famous Special Agent Fox Mulder (David Duchovny) into a Russian cosmonaut, choreographer and hockey player in his parallel life in a Russian universe.

Martial arts guru Steven Seagal, whose film characters saved the world countless times in the 1990s, is known for his recent urge to assimilate in Russia. After receiving citizenship, the Hollywood superstar had to face the harsh reality of Russia’s streets. In this mobile phone ad, Seagal discourages hooligans from reckless actions in a poetic fashion, thanks to Megafon’s reliable Internet connection.

Have you heard about Scooter, the successful German techno group from Hamburg? Its lead singer, H.P. Baxxter, has sold millions of records worldwide, as well as vacuum cleaners and microwave stoves for a Russian tech firm.

Russia’s over-enthusiastic welcome of the French actor stirred much controversy and jokes, but it does not seem to unsettle Depardieu who received citizenship in 2013. In this ad, he sells kitchen furniture to Russian housewives, and seems to enjoy the process.

Imagine you’re in a pub where a brutal MMA fighter known as “The Snowman” is hogging the only functioning TV. In this beer ad, average Russian guys dare approach the ruthless Monson who, recognizing their shared passion for beer, becomes a rather friendly lad.

This idol of millions worldwide, and one of Hollywood’s most successful filmmakers, appeals to his Russian roots in this vodka ad. In a classic standoff with three bad guys, Stallone switches to the language of his great-grandmother and promises the crooks in perfect Russian that, “It will hurt.”

This bank ad, featuring Stallone’s no less famous colleague, Bruce Willis, begins with chaos and wreckage typical for his films. The action subsides, however, and the blockbuster superstar walks out of a Russian bank holding money that he borrowed in just 10 minutes.

Yet another Hollywood macho man did what he does best - this time sellng motor oil by Gazprom Neft. He feverishly drove a car and then threw a few brutal stares at the camera. This is one of the shortest Russian ads featuring a foreign star.

This is probably the strangest video ad shot in Russia with a foreign actor. Jackie Chan, whose films are uber popular in Russia, fights computer viruses with his signature punches, and chats with Eugene Kaspersky, CEO of Kaspersky Lab. The whole thing looks rather odd, to say the least.

Sometimes small businesses in Russia get creative. This is when, much to their own surprise, politicians and film stars learn they’ve been advertising random stuff in the country.

Barak Obama appeared in a banner ad for a solarium in Penza, and a university in Omsk 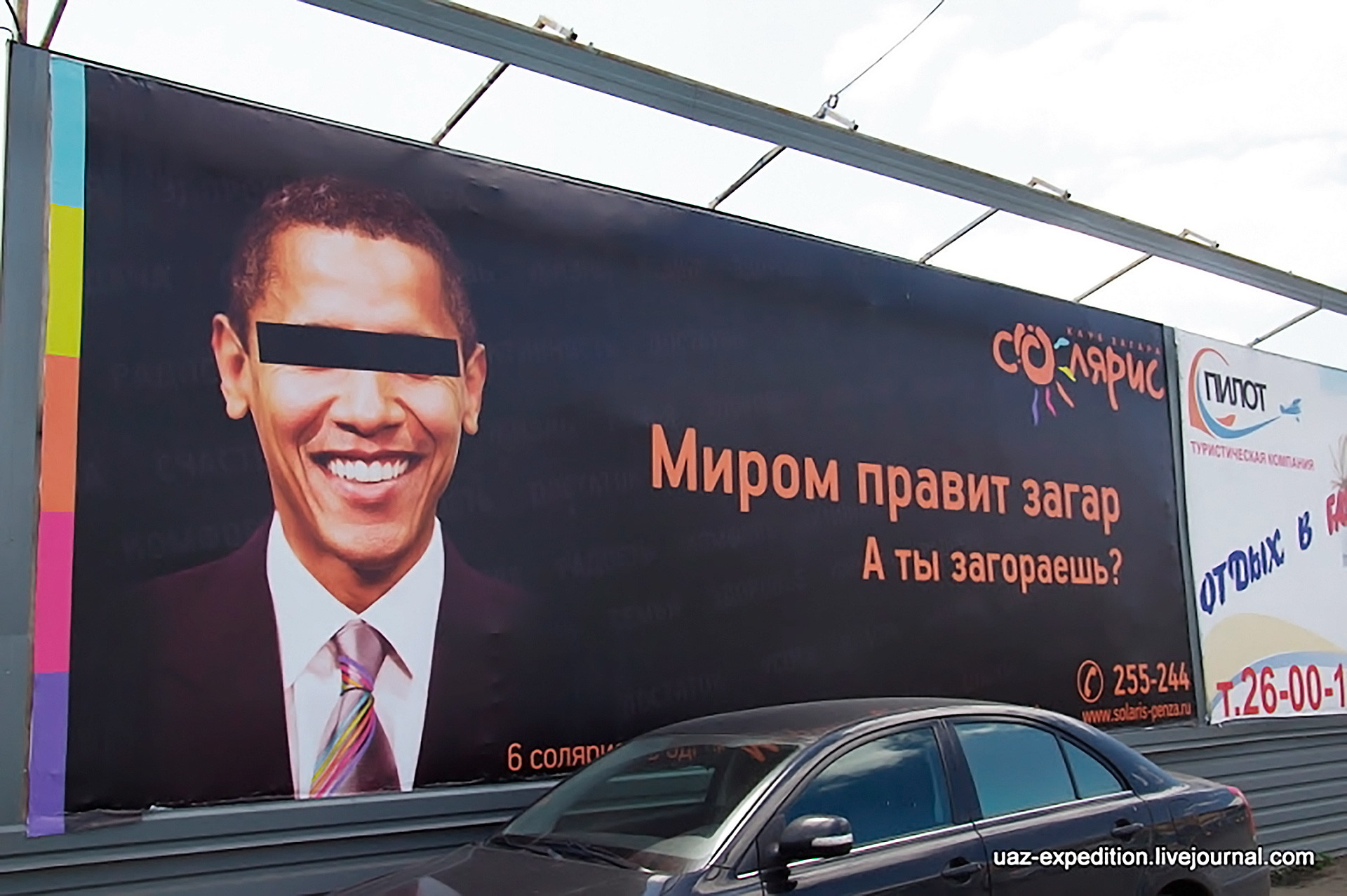 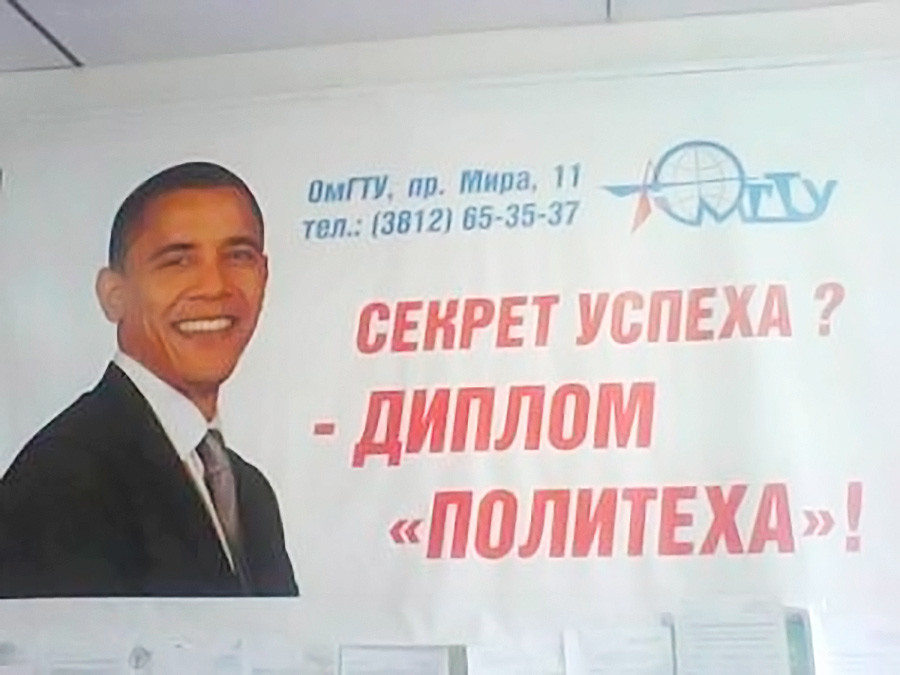 I am the face of Russian boner problems. #blessedhttps://t.co/nbMZKto2cd

get yourself a man that can do both pic.twitter.com/Nri3jE17sz

Yet another poster featuring Braff advertised computer services. What a disappointment that Zach did not show up for customer calls.

Apparently in Russia I do computer repair. pic.twitter.com/aA70rKRl8Q

Pierce Brosnan, whose James Bond character charmed Russian audiences, challenges gentlemen in the Altai Republic to play a round of pool in this improvised ad. 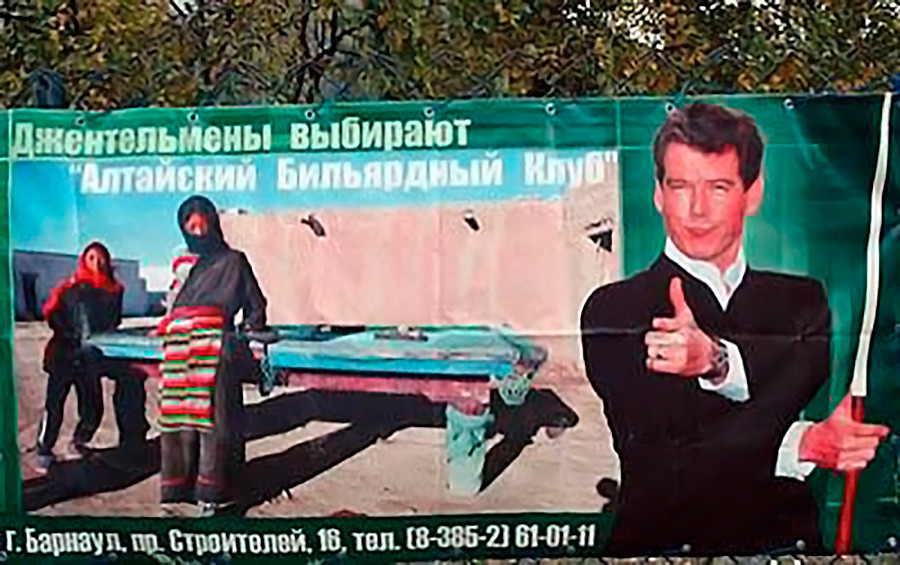