Iron ladies: Who are Russia’s ubiquitous concierges, and why do they ask so many questions? 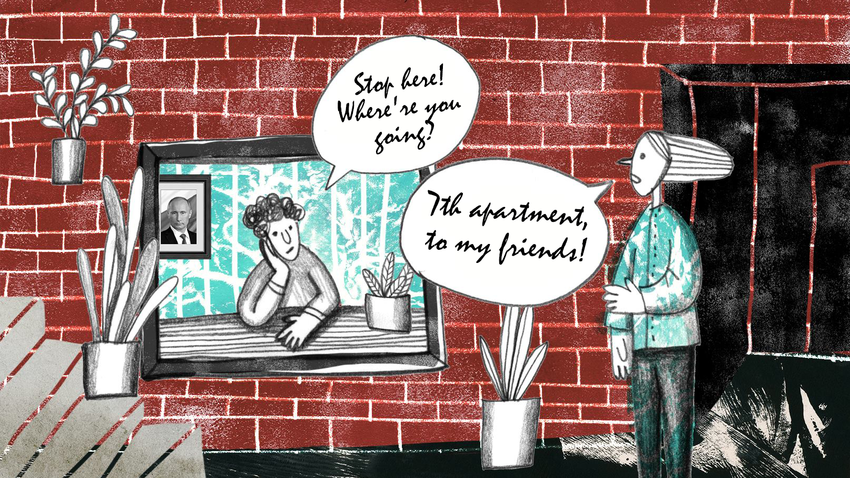 Varvara Grankova
Mostly female and elderly, Russia’s all-seeing concierges help keep building entrances safe, clean and orderly. Some residents love and respect them, but others fear and detest. Whatever you might think, it’s important to realize that Russian concierges form a unique caste.

You’re trying to visit a friend who lives in an apartment building, and the door is wide open. Beware: it’s a trap! Before you reach the elevator, a loud voice overtakes you. “Hey you, stop! Where are you going? Which apartment?”And be certain: until you name the apartment’s number you’re not going any further.

You find yourself face-to-face with the classic Russian babushka: a lady in her 60s or 70s with strong nerves and an opinion on everything. This is the Russian version of the concierge – women who are not so refined as their European counterparts, and tough as nails.

In we even have a feminine form for the word “concierge” – . So, who are these special babushkas, and why do they ask so many questions to those who end up in their sights, such as “Where are you going?”

This extra income is in the form of small monthly contributions made by each apartment (sometimes there are additional payments from the city government, but not always). Thus, it’s crucial for the entire building to pay in an organized way and on a regular basis. However, it can be difficult to get all residents to agree and fulfill their obligations.

Quite often, there are a few residents who feel there’s no need for a concierge. This can lead to serious arguments, as well as unpaid wage for the babushkas, who occasionally have to quit and search for a more welcoming and appreciative building.

What are they for?

Those opposing the idea of a concierge usually ask this question. They doubt that such “guards” make the area safer, and doubt that old ladies in their little rooms near the entrance can prevent thieves from robbing apartments on upper floors.

They also can’t always foil vandals who might damage elevators. Moreover, people sometimes complain that the concierge makes it harder for legitimate guests to enter the building, creating additional obstacles with their questions and suspicion.

Another downside of a concierge is that some are nosy and interfere with people’s privacy, spread rumors and criticize everyone they happen not to like. This can be annoying.

Others are keen to have a concierge and to support them, feeling that they play a meaningful and useful role. “If something happens they can always call . They also wash floors every day and decorate the entrance with flowers,” is a typical comment that you can read on a forum where concierge-lovers and concierge-haters clash.

As for the babushkas, many are truly proud of the job they’re doing. “What does it mean to have a concierge in your building? It means to enjoy cleanliness, and safety,” a 69-year-old concierge, Svetlana, toldThe Village. “When there’s unfettered access to an entrance then anyone can walk in. They’ll drink here, they’ll pee here.”

They do more than protecting buildings from intruders. A 76-year-old concierge, Nina, says they also make sure that the building’s utilities, such as electricity, are functioning properly, and they help residents call repairmen when needed.

Also, some can be very polite and become dear friends with residents. After all, the questions they ask strangers are not difficult to answer – just be honest and polite.

This article is part of the "Why Russia...?" series in which RBTH answers popular questions about Russia.