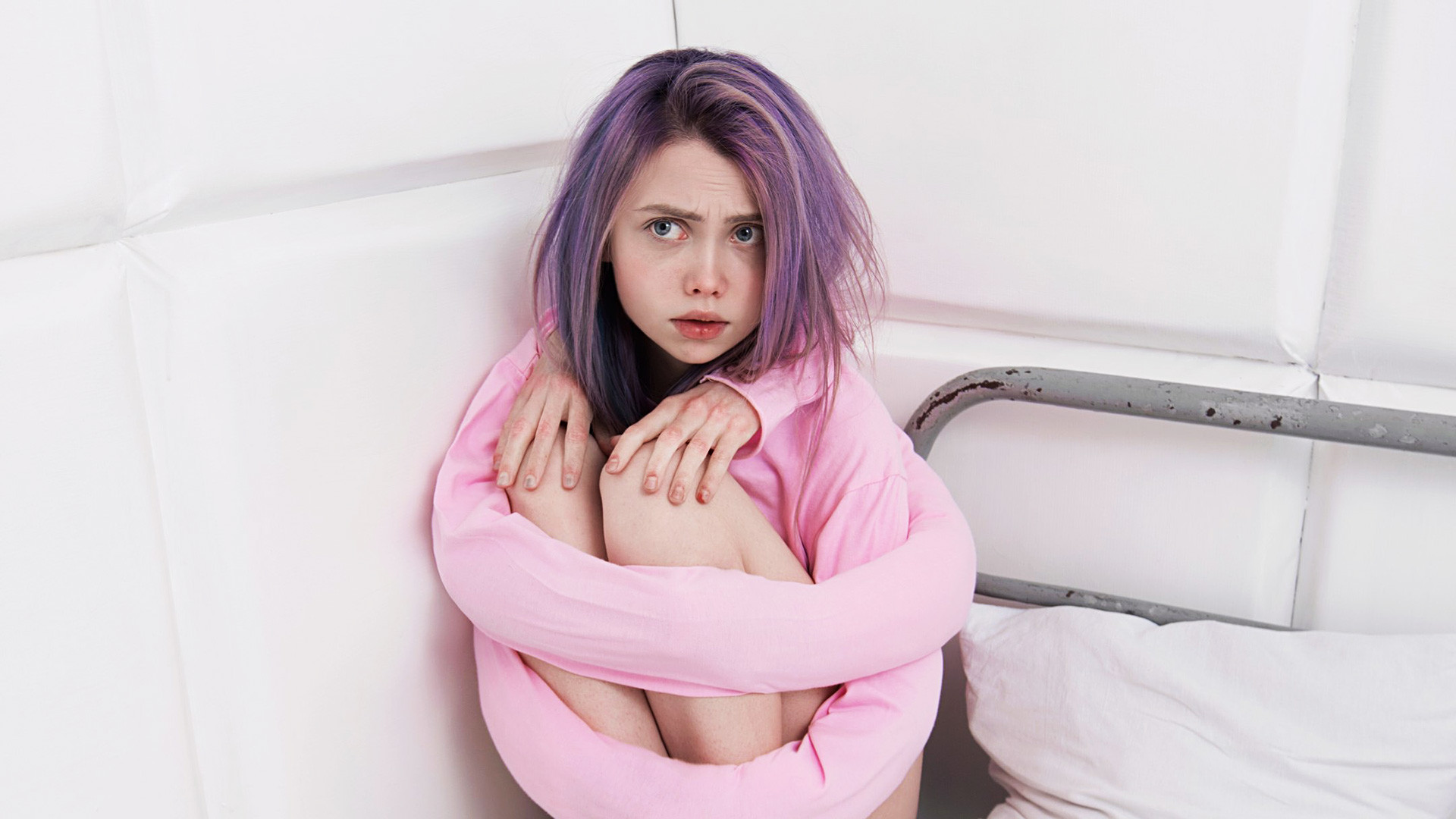 Elena Sheidlin
These Instagram bloggers create their own worlds or provide narratives about what’s going on around us. At times it’s like being inside a Hollywood sci-fi movie. Our selection of accounts is inspiring and terrifying in equal measure!

Yana Samsonova, a microbiologist from the Urals city of Ufa (1350 km east of Moscow), decided to shed light on the rich inner world of humankind. She uses her Instagram account to publish images of microorganisms taken with light and electron microscopes, accompanied with a mini-lecture on microbiology or a mystery for followers to solve.

For example, try to guess what this is 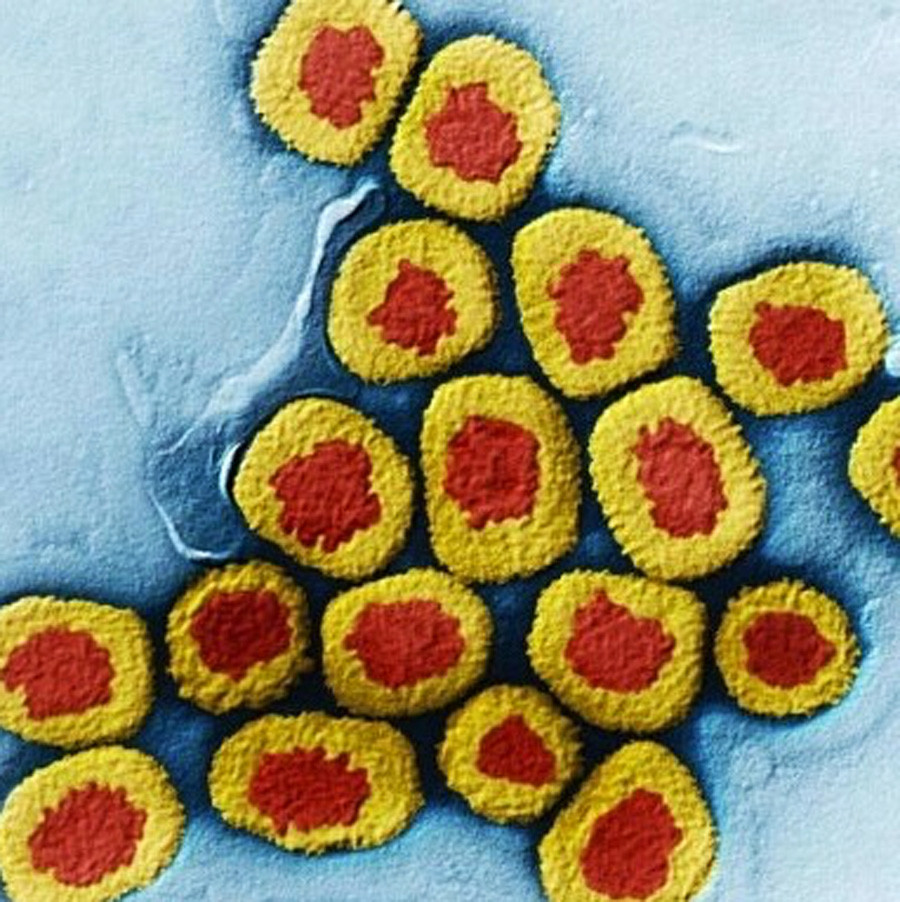 most popular answer (and obviously wrong): “It’s sushi.” Here’s Samsonova’s correct answer: “Guys, it’s not rolls or sushi, and not even mold. It’s actually the smallpox virus. This terrible disease destroyed many lives in the past.”

And here's the cause of sleeping sickness — trypanosome. It’s carried by the tsetse fly, which is native to Africa. Without proper treatment, a person infected with trypanosome first suffers from a fever, then drowsiness and apathy a month later, before finally dying. 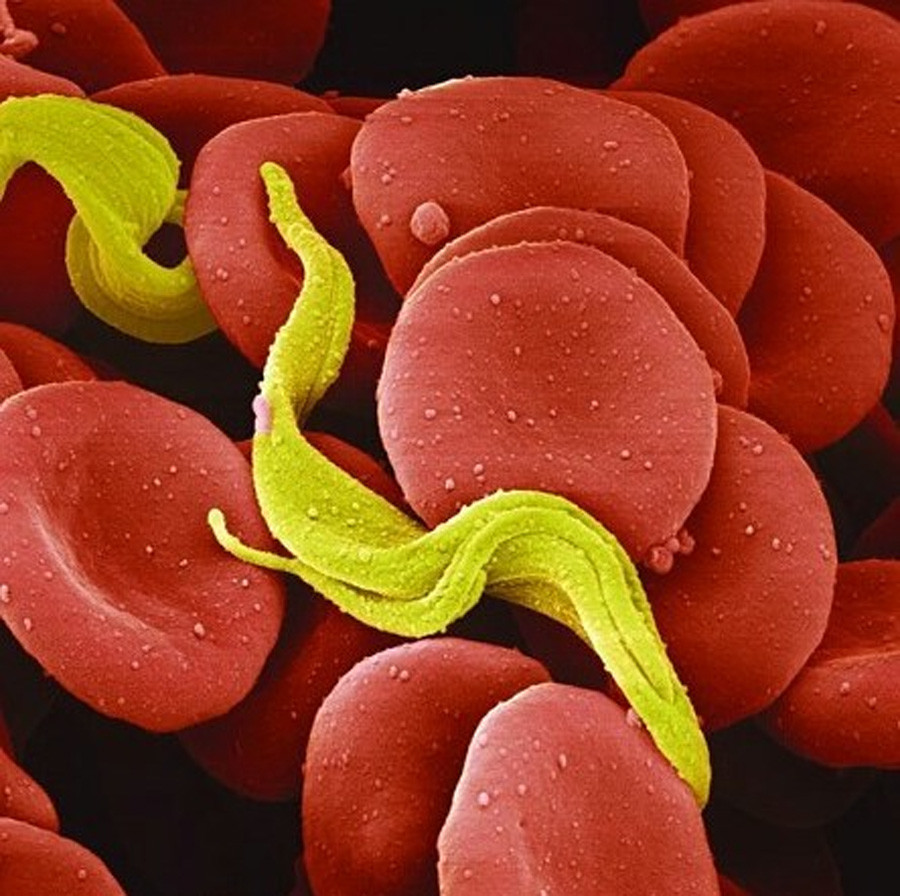 This is bacteria on the human tongue. 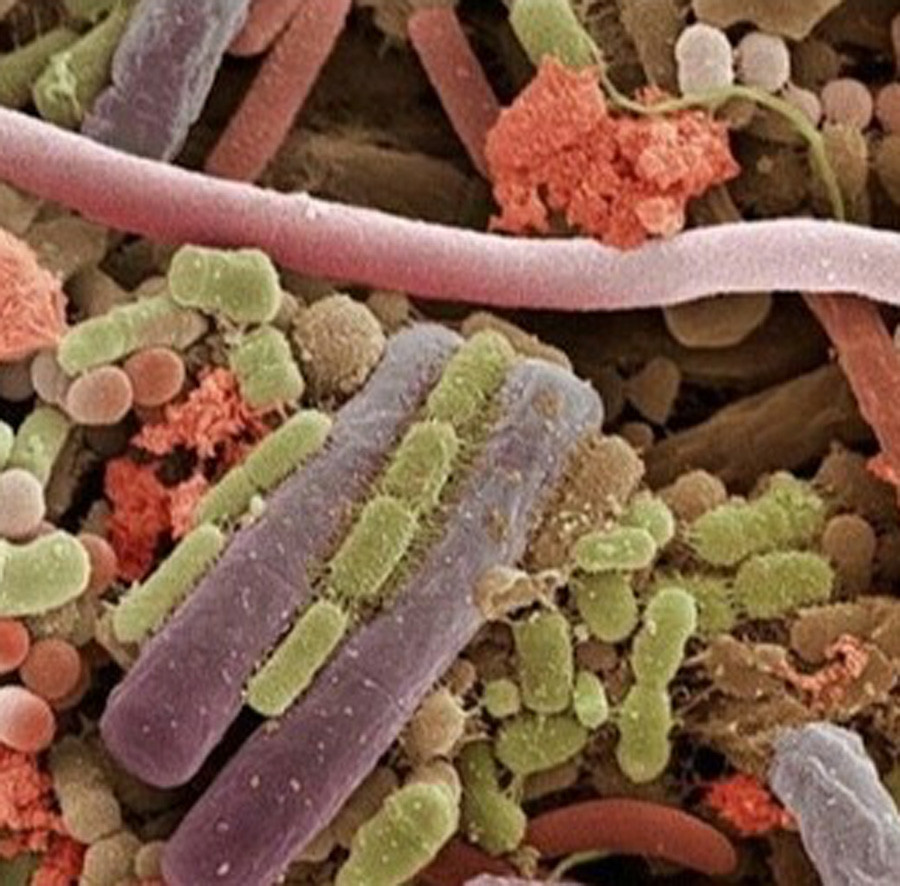 This is literally what phagocytes (pink) look like. These immune system cells “chase” bacteria (blue) to prevent infection of the body. 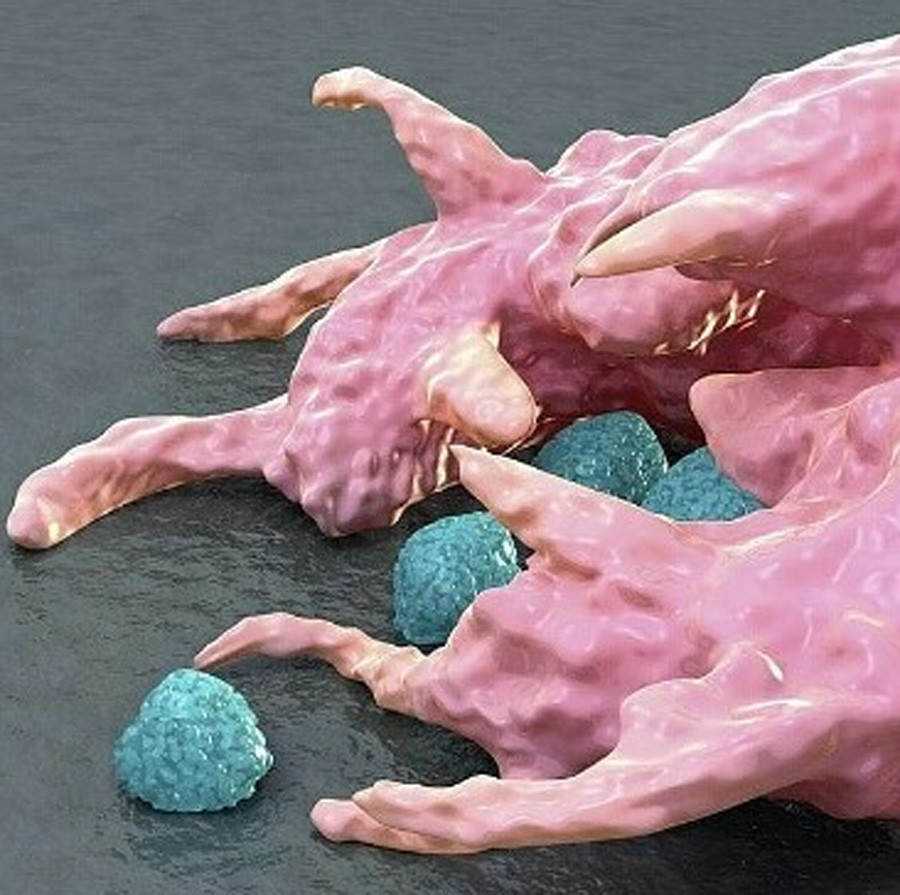 If you have an old carpet, curtains, or furniture at home, then, like it or not, you'll be acquainted with the inhabitants — dust mites. They are found in home textiles and cause a range of allergic diseases of varying severity. 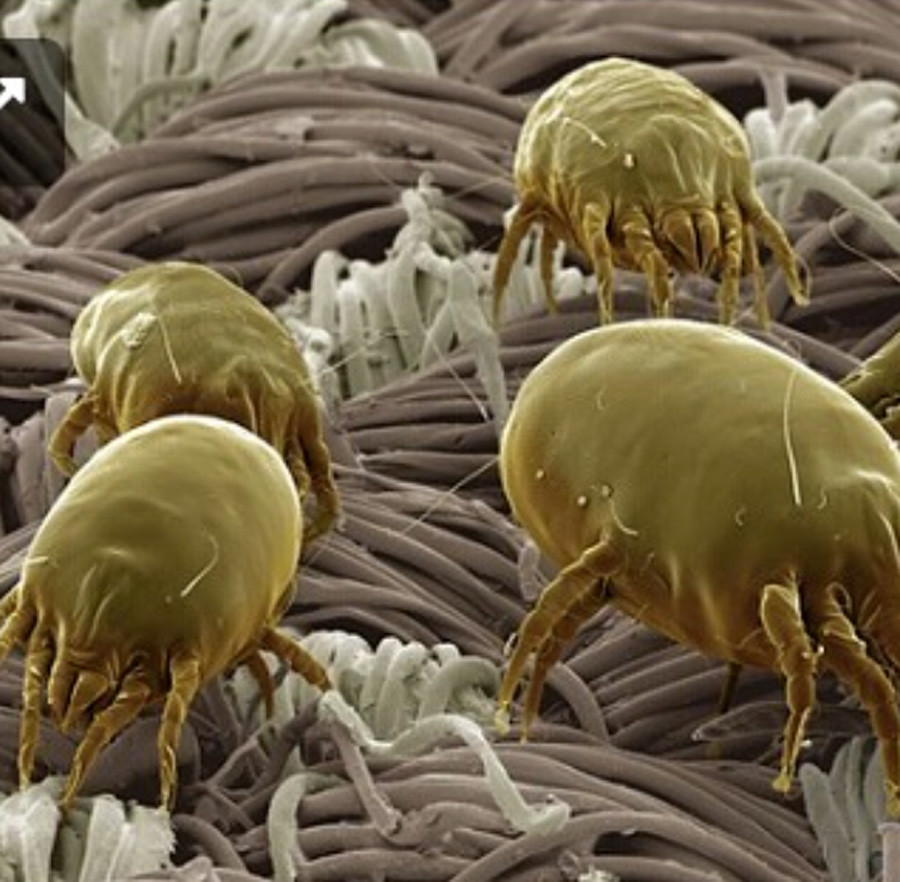 23-year-old St. Petersburg resident Elena Sheidlin is renowned for her stylish, in-your-face experiments with images — from cyberpunk to an extraterrestrial humanoid and a girl from a Tim Burton fantasy movie. 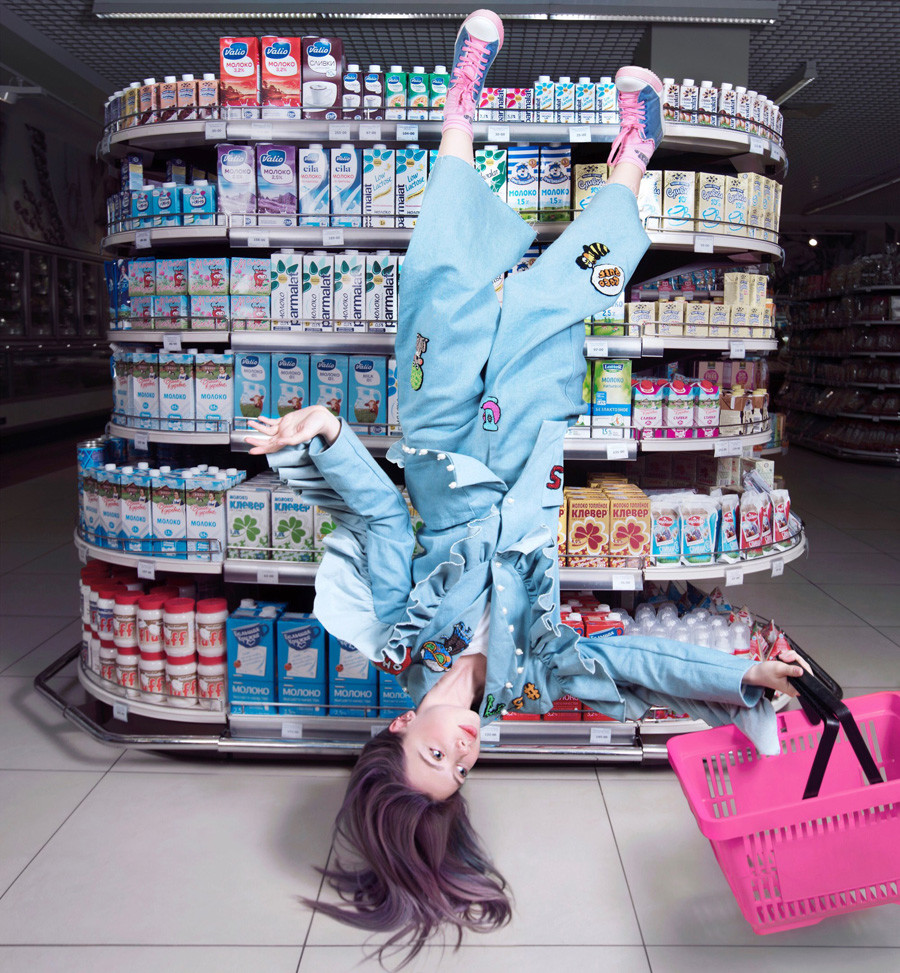 It takes her about a week to put everything together for one shot. “The main rule of art photography is not to use Photoshop. Making collages, cutting and adding bits, is a definite no-no,” she says. The only photo editing is for color correction and erasing any lines or wires that may have been used. 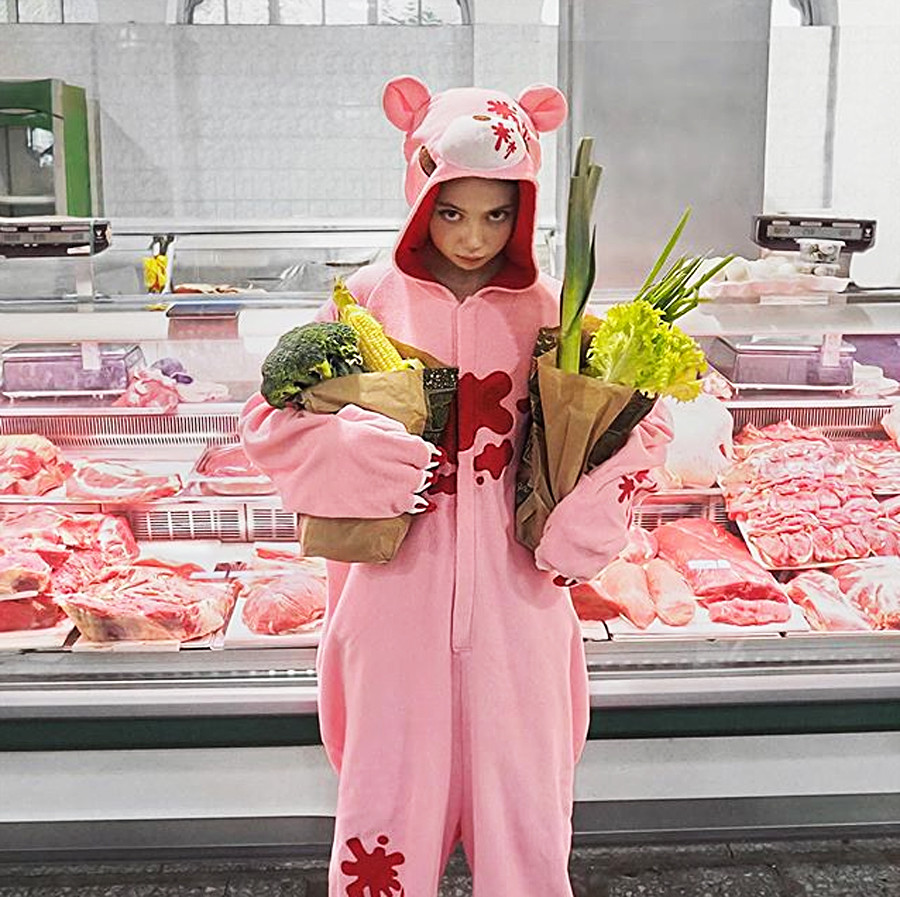 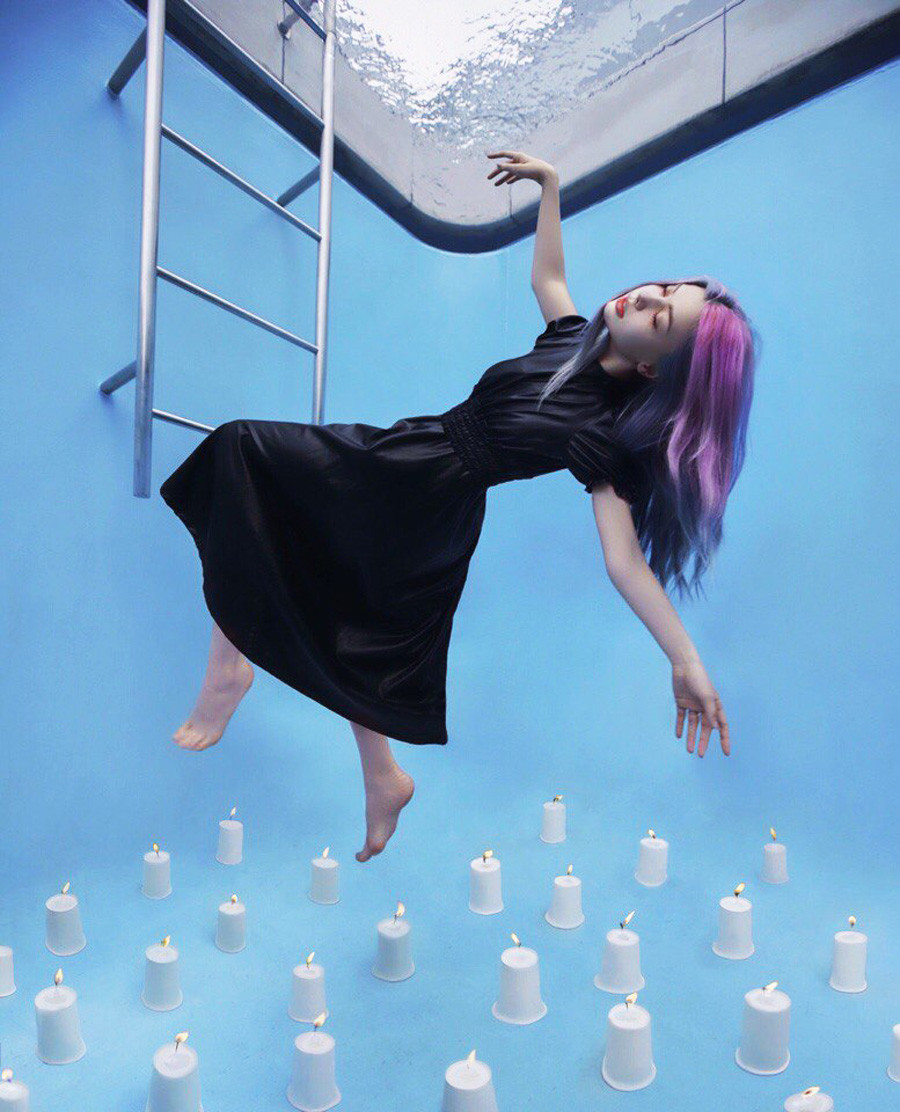 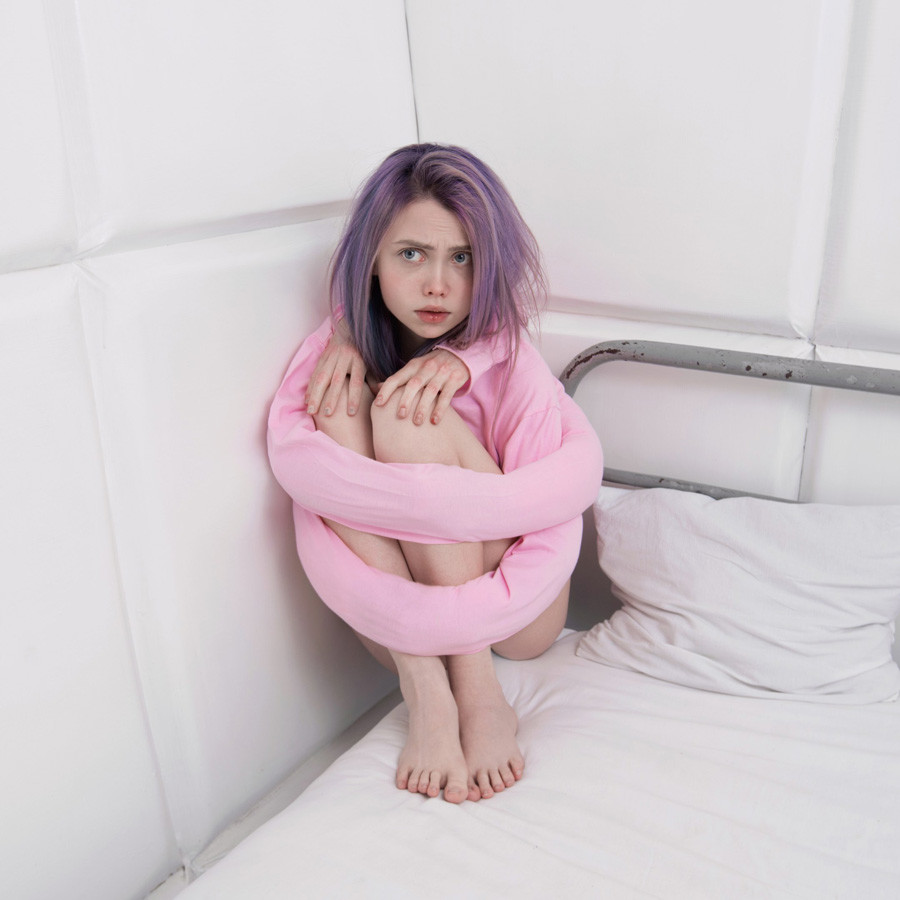 Sheidlin has been doing photography since the age of 13. After being rejected by countless brands, she has just done an ad for Nike and signed a contract with the French brand Undiz.

Btw, non-believers in the “no-Photoshop” principle should take a look at Sheidlin’s dedicated YouTube channel. There, she shows how she once collected 40 broken TV sets from around the city and made an “invisible” horse from a saddle, sticks, and wire — all for the sake of her art. 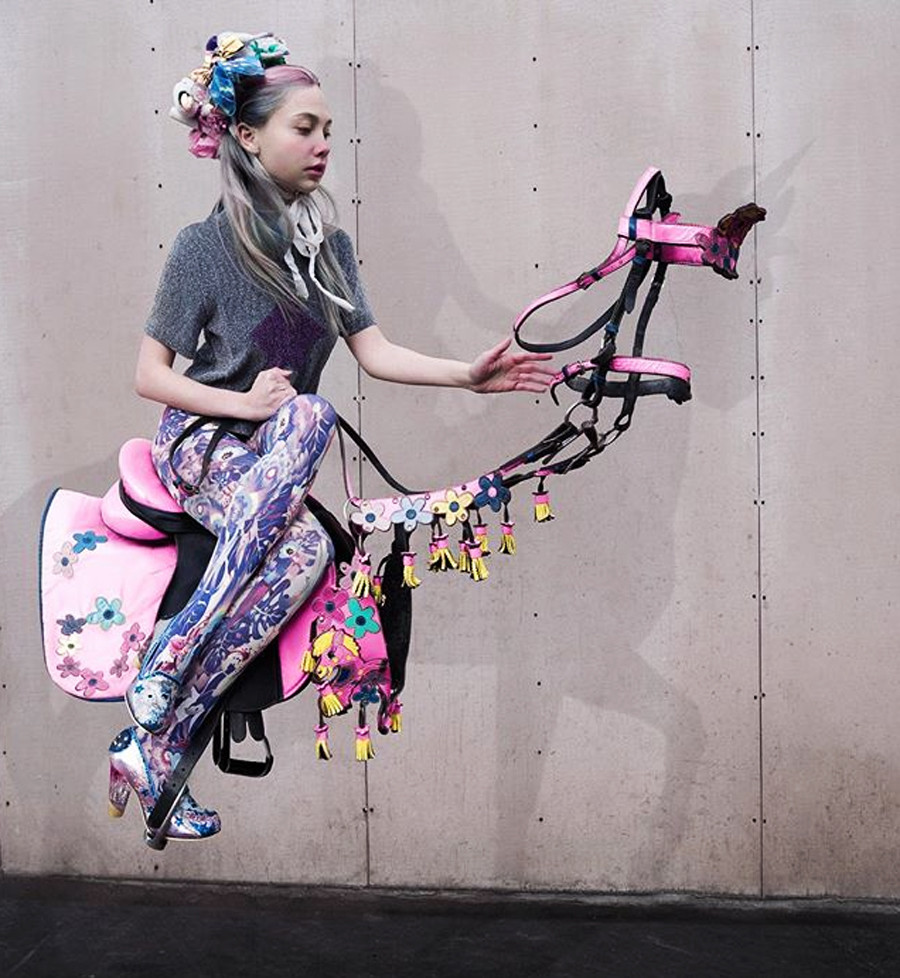 Vogue fashion photographer and set designer Alina Valitova felt that photography was cramping her narrative style. She decided to shake things up with the mobile app Boomerang. In her own words, it’s nothing short of a “fashion-format evolution.” But the main motivator was in fact... laziness. “I was too lazy to carry a camera with me, too lazy to spend hours photoshopping pictures. Why bother if you’ve got an iPhone?” Valitova told The Village.

Hard at work on another “boomerang” is a team of 1-7 people, depending on the concept. “I see something in the street and want to replicate it. And I like looking at old Vogue magazine covers, especially Japanese ones. They’re highly original and specific, because the Japanese aren’t afraid of anything.”

Valitova’s works were displayed at London's Tate Modern as part of the #discoveryourstory exhibition in 2016. You can follow her creative journey on Instagram.

Sailor Roman Fedortsov found fame when he began uploading photos of fish and other marine animals plucked from the depths of the Barents Sea.

There's something very peculiar about his catch — some specimens are more like sci-fi creatures. 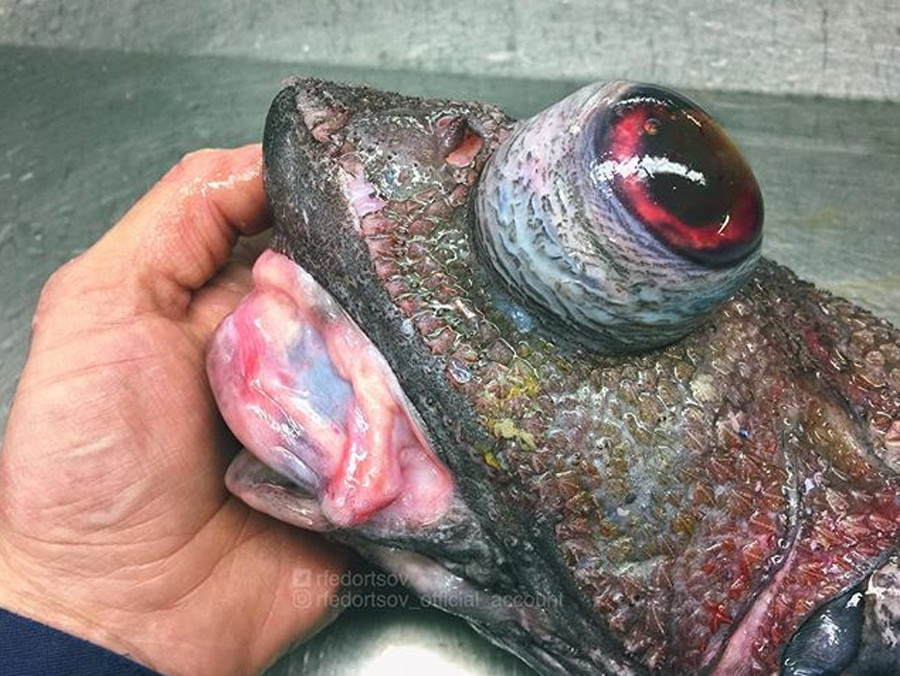 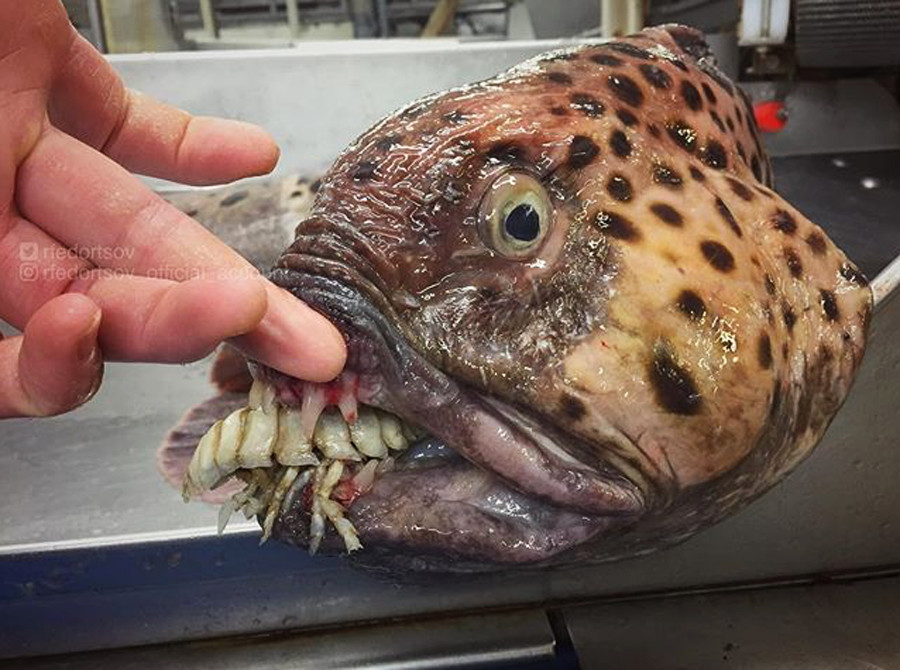 Some of these otherworldly fish land in the nets by accident and are thrown back “because their flesh is bitter and unpleasant.”

It’s not the result of mutations, but simply the fact that deepwater fish don’t always resemble what we're used to. 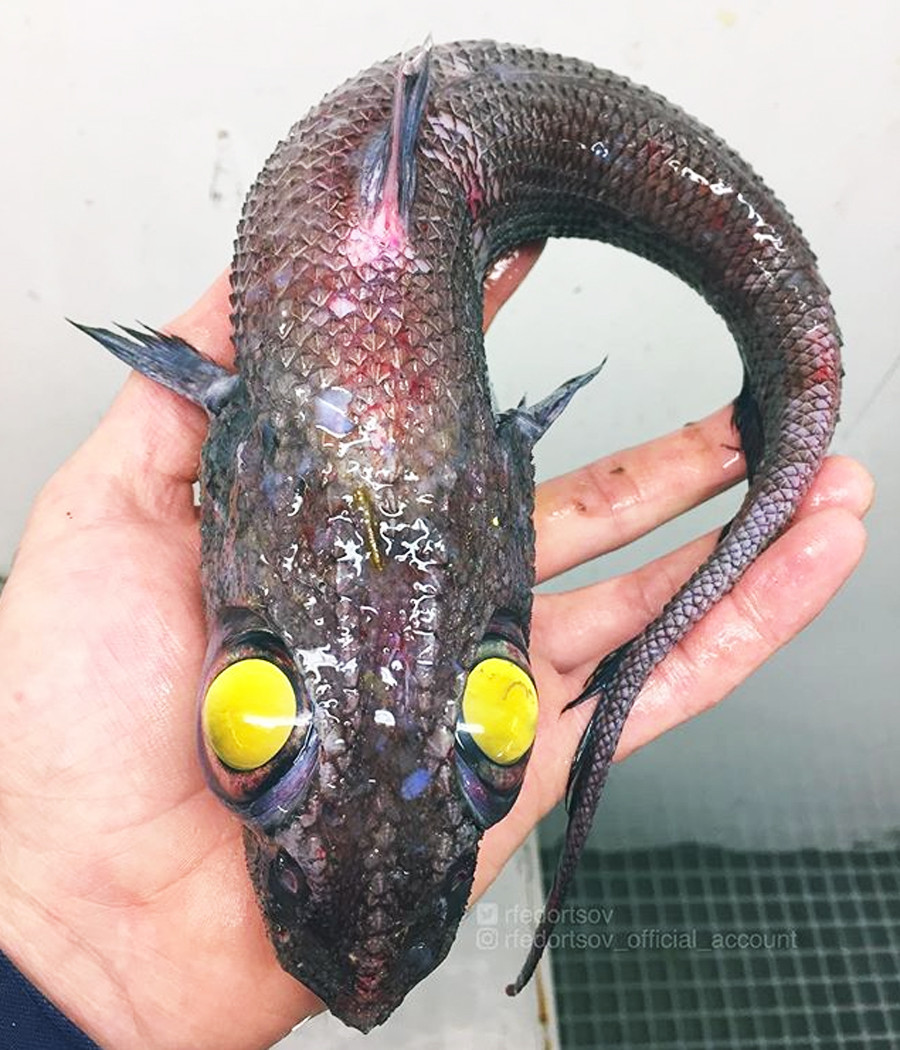 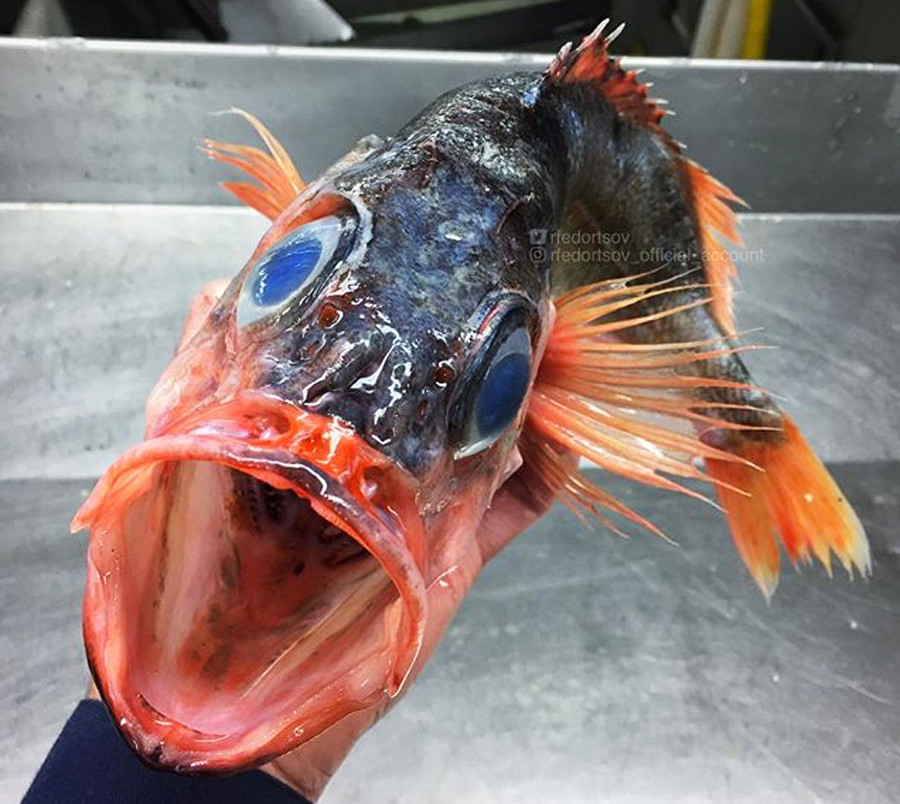 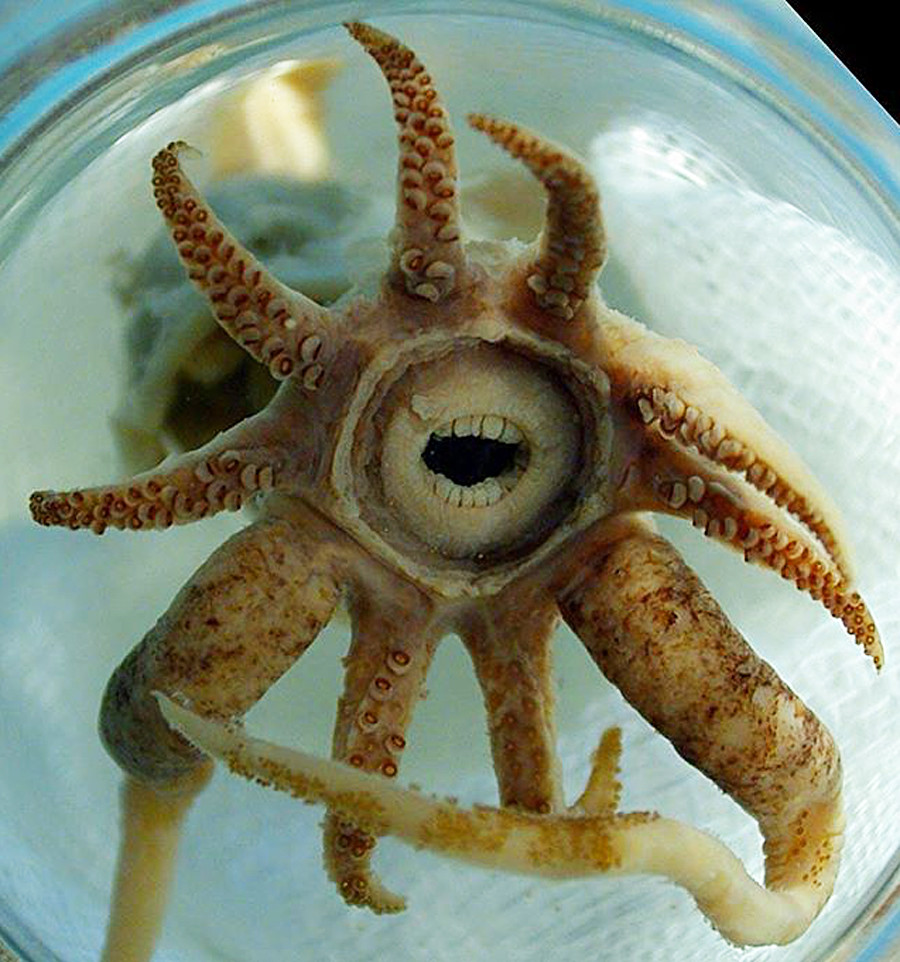