7 ways Russian schools differ from those in other countries 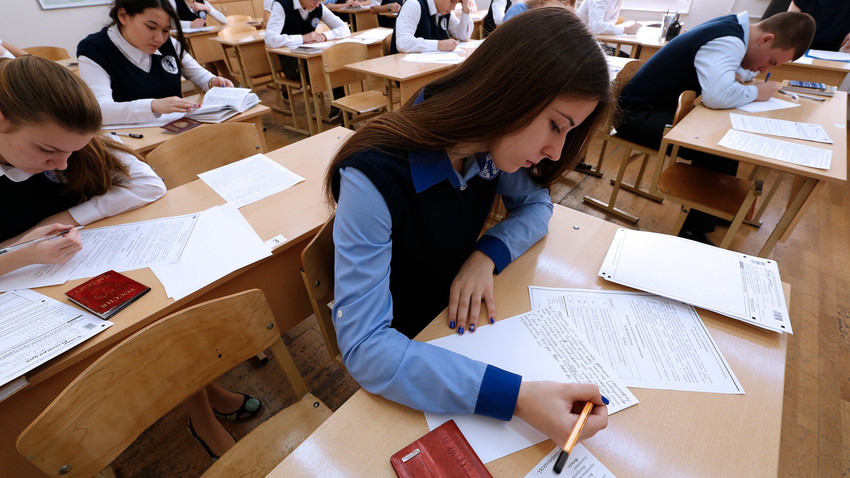 1. Knowledge Day, and the First Bell

It’s solemn, it’s massive, it’s nationwide. Every year on Sept. 1, Russians celebrate Knowledge Day as hordes of first graders and other students march into their schools in every town and city. A solemn festivity, widely referred to as the First Bell, takes place as students sing and dance and teachers give inspiring speeches. This happens in the presence of parents, with an abundance of flowers that students are expected to present to their teachers. This Soviet tradition infuses students with enthusiasm for the year to come and is widely covered on TV. 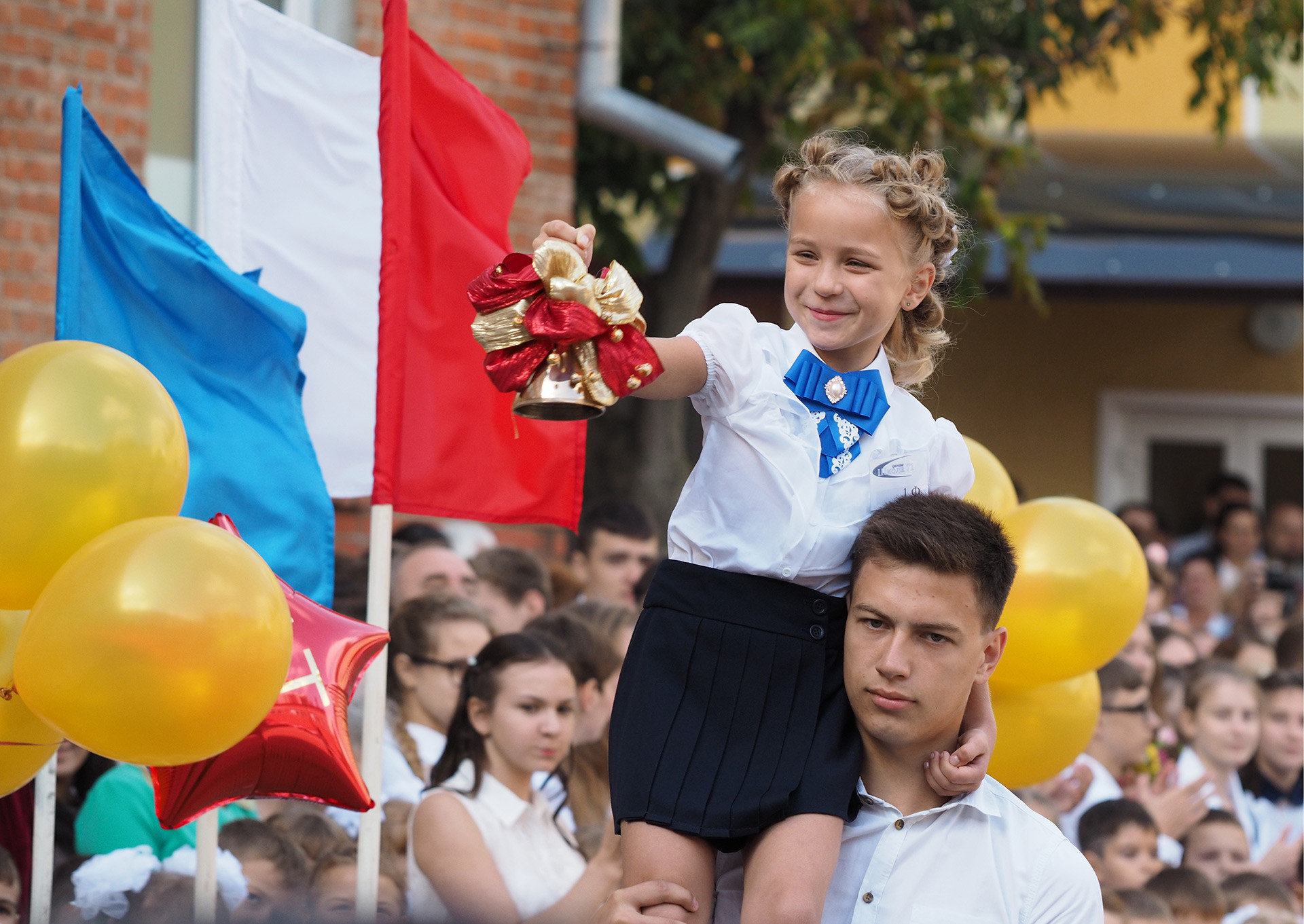 Although modern Russia officially abandoned the school uniform in 1994, the longstanding tradition persists. Most schools still regulate how their students dress in classrooms. White shirt and dark pants or skirt is an unspoken guiding principle. Soviet-style dresses and aprons are often seen during the Last Bell ceremony and at graduations. Modern graduates follow a tradition set by their parents.

Once you enroll, it’s all set. Russian students do not jump from elementary to middle and up to high school throughout their study years. Naturally, newcomers might join and someone may leave, but the core of any class remains intact through the years. This might lead to less time for socialization, but it simulates deeper bonds among classmates and guarantees an epic post-grad reunion party. 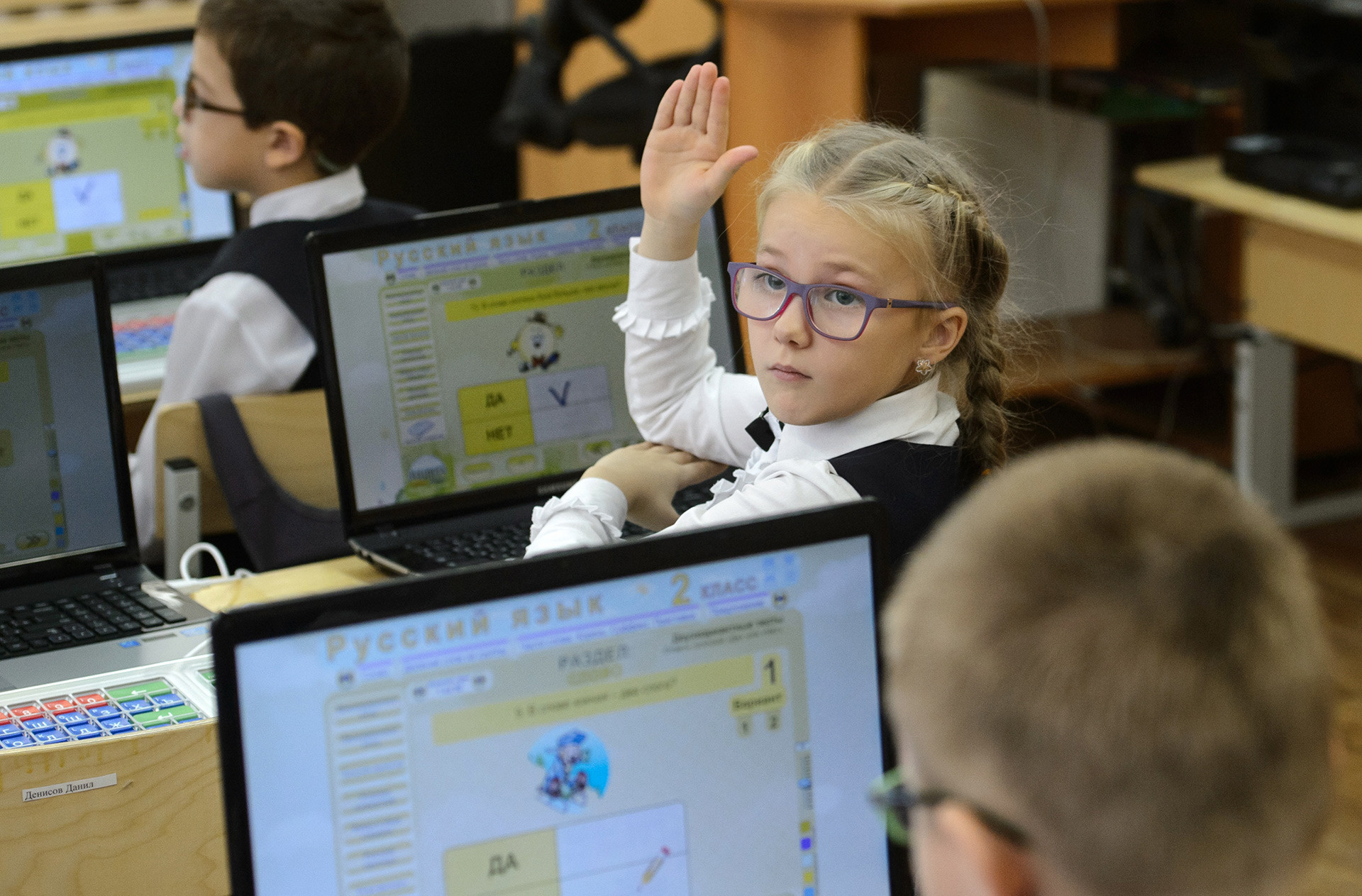 The lack of privacy was a basic feature of the Soviet educational system, and while it’s gradually relinquishing its grip as Russian schools switch to online grading, overall, the system has a long way to go. If an American high school student would be horrified if a teacher publicly announced his/her grades in front of the class, Russians are quite used to this. Ask any student which classmates suck at math and he’ll easily give you the names.

A very different philosophy underpins the Russian school system as teachers try their best to pass on as much core knowledge as students can digest. Electives such as journalism, filmmaking or music are unheard of. The Ministry of Education gives schools fixed programs that must be dutifully followed. 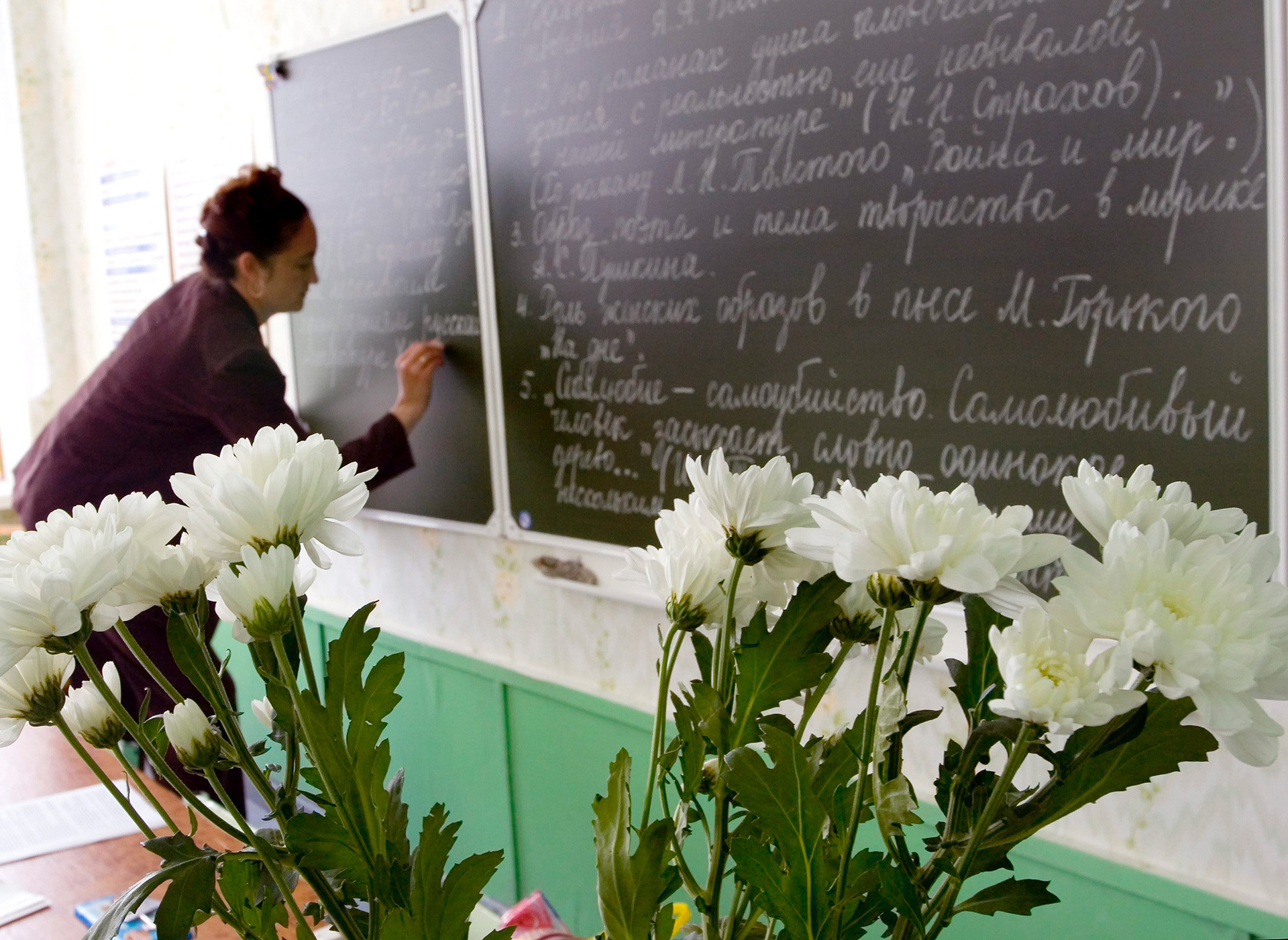 Cursive proficiency is obligatory in every school, and those who graduate from Russian schools are shocked that generations of American youth did not learn how to write in cursive. This is an unquestioned must in the Motherland.

Russians are perplexed when they hear the unfamiliar abbreviation, GPA, because they never get to calculate it by mixing all their grades. Instead, they fall into just four categories: dvoechniky (failing students), troechniky (students with satisfactory grades), horoshysty (good students), and otlichniki (honors). In a practice regarded by many as unfair, the bar is set by the lowest grade a student earns each semester. If one excels in every subject but say, foreign language, for which he/she earns 3 points, then the student ends up in the troechniky category. Teachers grade students using only four numbers: 2 for fail, 3 for satisfying, 4 for good, and 5 for excellent.

Check our tips on how to start teaching your language in Russia.