‘Teachers are people too’: Why are Russian teachers posting photos in swimsuits? 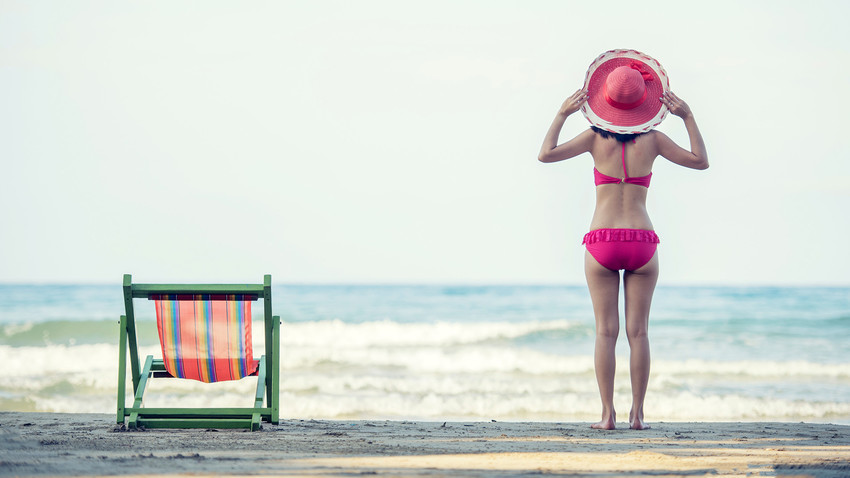 The school administration in Omsk considered teacher's photo in a swimsuit "vulgar" and harmful for children - but teachers themselves seem to disagree.

A new flash mob is happening on Instagram in Russia: Women (and even some men) who work in schools are posting photos in swimsuits with a hashtag #учителятожелюди (#teachersarepeopletoo). Their goal is to support a colleague who had been forced to resign.

Viktoria Popova, a 26-year-old history teacher from Omsk (2700 km east of Moscow), worked in a school and, in her free time, studied at model school. After her pin-up-style photo in a swimsuit appeared on Instagram, the headmaster offered her a bitter choice – either to resign or to be fired, labeling the photo “vulgar”. The fact that it was the model school’s administration who uploaded it, rather than Popova herself, did nothing to help her case.

(The photo which caused Popova's resignation).

At first, Omsk’s city administration supported the decision to fire the model-teacher, stating that her appearance in a swimsuit “harms the school’s public image”. Popova had to resign, saying that the atmosphere at her workplace would have made it impossible to work there anyway.

Vsevolod Lukhovitsky, the head of teachers’ trade union, considered the pressure on Popova unlawful. “It is the teachers’ own business – what are they doing in their own free time… she didn’t do anything forbidden.”

It was not only the trade union representatives who supported Popova – across the Internet, other teachers started posting photos of themselves in swimsuits (or lingerie) with the hashtag #teachersarepeopletoo. Most of them showed indignation at the decision the Omsk school administration had made.

olesya_road: “I think that any person has his or her right to a private life outside the school’s walls, and it’s no one else’s business”

a_sasykbaeva: “Wow, what a surprise… teachers are people too! Like everyone else, they relax, sunbathe, go to nightclubs, drink, eat chips, fall in love, have kids… I agree that teachers should be role models but role models of what? Of shy and miserable people who can’t even look the world in the eyes?”

ufaeva_ufa: “I want to support my colleague from Omsk by taking part in this flash mob. Please tell me, when all the insanity stops in this country?”

eto_absurd: “Most people around me somehow believe that a teacher is somehow a moral authority who has to hide anything vital, anything connected with the body. You can’t imagine how many times I’ve heard that I’m not to wear this or that – and usually from people having nothing to do with school and especially not from my students. Because students like to see a human being in front of them, not a sinless icon”

After scrutinizing the situation, Omsk administration reversed their decision and apologized to Viktoria Popova. The region’s education minister met Popova and invited her to go back to work in the school she’d worked – or in any other. It remains unclear, however, if Popova will accept such an invitation.

Russians often tend to argue over what's appropriate and what's not - breastfeeding, for instance.