Why are Russians so generous with their cigarettes?

Lifestyle
Tommy O'Callaghan
You don’t just buy yourself a pack of cigarettes in Russia – expect to share it with every Vanya, Vlad and Valery you pass on the street.

Most foreigners who have visited Russia know the score: Within a couple of days after arrival, someone on the street asks you for a cigarette, and your instinctive thought process produces something along the lines of, “What? I don’t even know you,” or “Get your own, you leech.”

Then you see the same thing happen to others, and to your surprise those cigarette-endowed individuals willingly oblige their less fortunate compatriots.

At this point, you probably start to feel a bit stingy. You struggle with yourself: “Just because he’s generous doesn’t mean I have to be. I worked hard for these cigarettes.”

It’s only natural. After all, cigarette-bummers are often ostracized in the non-Russian world. Their free cigarettes are met with a snort and a headshake on nights out; and they’re condemned as “terrible, fraudulent mooches” online. 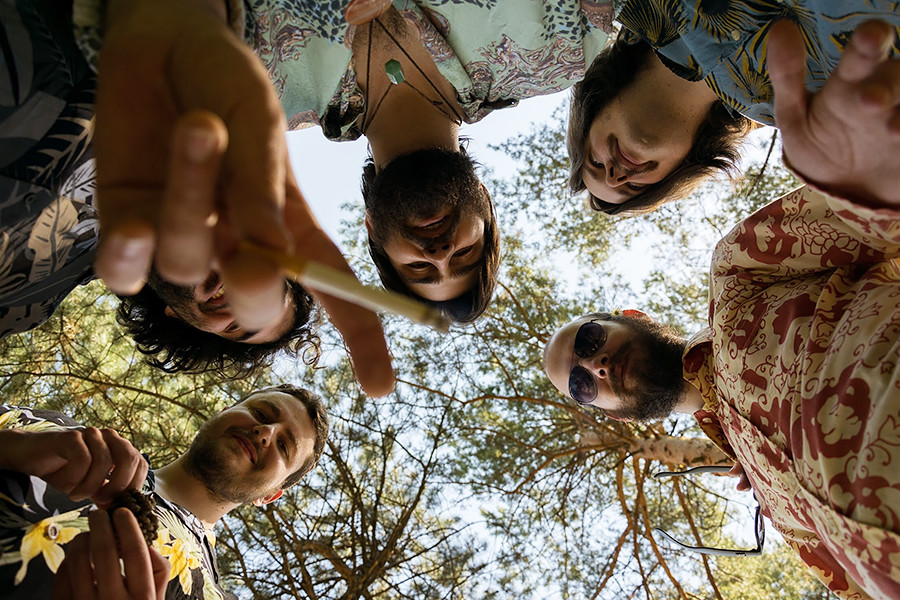 These mooches, however, are not viewed with the same level of suspicion on Russian streets. They even have their own slang word to make the practice sound cooler: “стрелять сигарет” (“to shoot a cigarette”).

The next step is acceptance – here’s the logic behind Russia’s nicotine altruism. Next time you’re over here and left patting your pockets, you might even find yourself to be a beneficiary.

In August of last year, sociologist Victor Vakhstein took to the Russian forum, TheQuestion.ru, to explain the implications behind why it’s socially acceptable to cadge cigarettes in Russia, but not chewing gum. The crux behind his answer? It’s a force of habit, and people get offended if you don’t comply.

“For someone who buys a pack, one cigarette is an acceptable price to get out of a potentially unpleasant situation, so the loss of a cigarette is not considered ‘damage’,” he wrote. 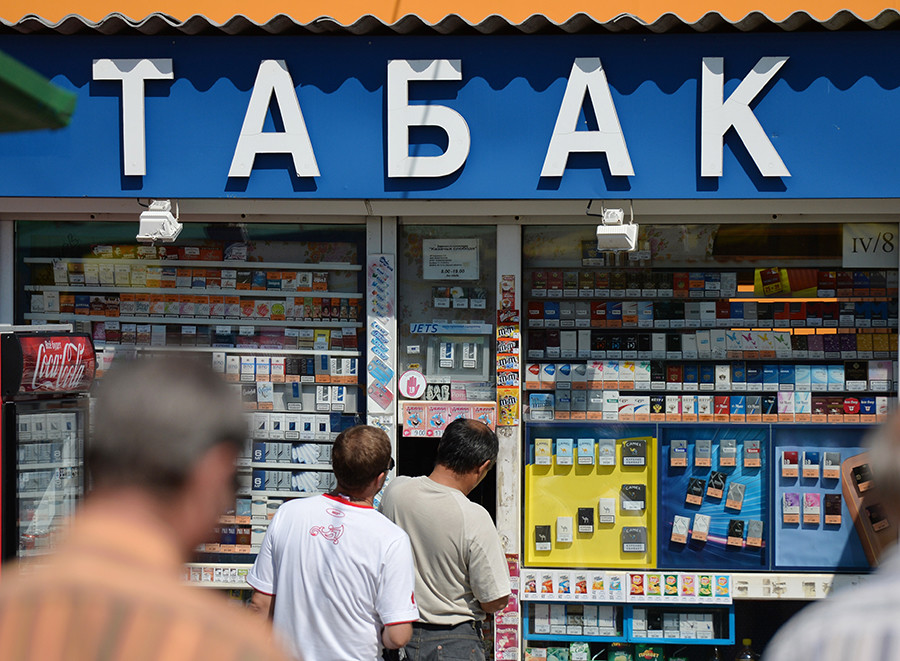 David Woodburn, an English teacher from New Zealand living in Moscow, says that Russians are so used to not being refused cigarettes that they’re shocked when they get turned down.

“I think it’s a common courtesy here,” he tells us. “I used to just respond with a ‘nyet’ (‘no’) when someone asked for a smoke, but people would often get offended or start pressing for an explanation. You need a genuine excuse, like ‘No, I don’t smoke.’ The most solid answer you can give is, ‘Sorry, I’m on my last one,’ and if this is the case, no one will deprive you of it.”

Of course, the most obvious reason for Russians’ readiness to surrender their crop is the price. Although prices have been on a steady increase since the 2013 “anti-tobacco law,” the average price of a pack still fluctuates at around 90 rubles ($1.40), so it’s seen as highly stingy not to dish out drags at just a few rubles a pop. Compare that to $8 in France, $11.85 in the UK, or even $13 in New York – if cigarette prices were anywhere in that league over here, it’d be hard not to see Russians tightening their belts a little more.

For Daniel Chalyan, having to think about the price of cigarettes when traveling abroad came as a bit of a culture shock.

“When I first went to England, a girl asked me if she could buy a cigarette off me,” he says. “I asked her why she was offering me money, and in a very British way she replied, ‘It’s just good manners here.’”

It’s also worth noting that the popularity and influence of the smoking culture goes some way in explaining Russians’ carefree attitude towards guarding their stashes. For example, Russia was listed in 2016 as the ninth-highest per capita consuming nation of tobacco: The greater the chance that the first person you see on the street has a pack, the more likely they’ll ‘shoot’ you a cigarette. 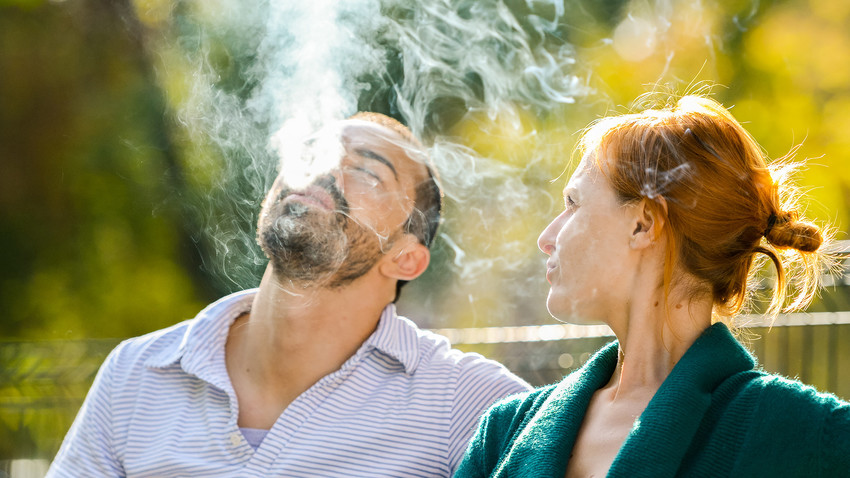 Also, while the 2013 anti-smoking law rendered all indoor public places in Russia smoke-free, smoking on the street is still common, meaning you’re more likely to run into a potential cigarette donor when you’re on the hunt.

Meanwhile, in the U.S. it’s the complete opposite, much to the surprise of one Russian blogger residing in Los Angeles: “People do smoke on the street [in L.A.], but it’s a rare sight. Sometimes you come across someone with a cigarette on a deserted sidewalk, hidden under a tree…”

Take nothing for granted

While most Russian smokers will happily share, don’t overdo it – with rising tobacco prices in Russia, it appears not everyone is aware when they’re pushing a stranger’s generosity.

On one Russian forum, a bemused smoker could be seen deploring a greedy colleague: “I’m not stingy, but every day he comes to work without smokes and goes through a third of my pack.”

“Simple: Don’t give him any,” reads one response. “If you smoked a third of my packet, I’d be sick of you. Get your own…”

So, there you have it – know your limits.