Welcome to the dark, dank world of Russian memes – now in English 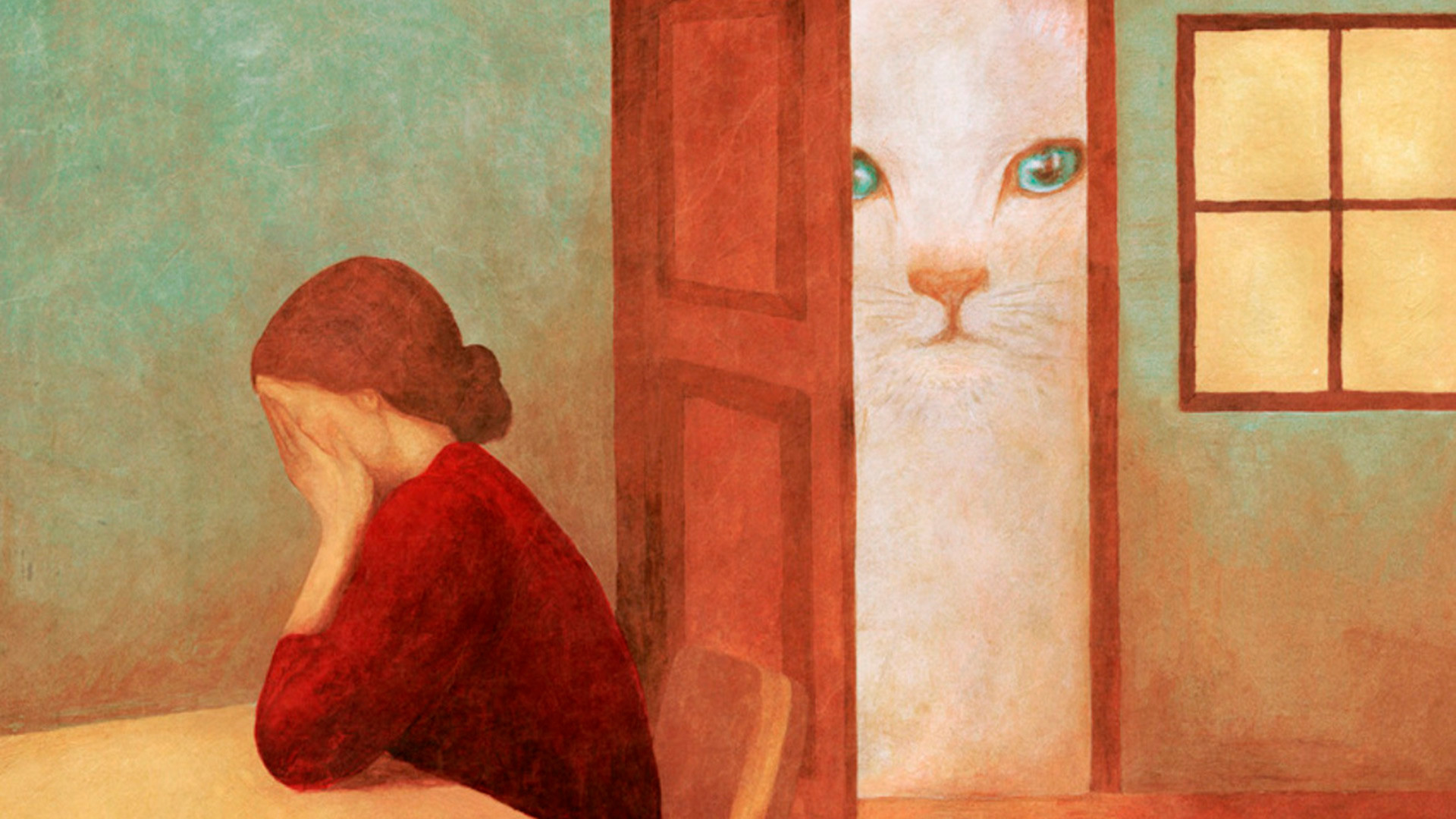 Mingm Sun
Cats, communism, depression – Russian memes are unsurprisingly pretty weird. Now they’re crossing over to the English-language Internet, and no one quite knows how to handle them…

Russian memes are now the talk of the English-language Internet. Who could’ve called that one?

It all blew up about a month ago, when one Twitter user shared a picture of a massive cat haunting a depressed-looking lady in from her bedroom door, under the caption “im looking at russian memes and freaking out this is genuinely so good.”

This hair-raising masterpiece inspired many (the image was retweeted almost 19,000 times); in particular, one prankster in Leeds, who took it upon himself to spread the glory of Russian dankness with the rest of the world.

According to the creator (who prefers to remain anonymous) of the English-language translation page Russian Memes United, the enterprise basically started out as a kind of dank language-learning method.

“My mother is Russian. I have relatives and friends living in Russia, so my knowledge about its culture is slightly above average. However, I didn’t have much enthusiasm for learning the language, so this is a good reason to improve,” he/she tells us. It’s an unorthodox and modern method, to say the least.

When you came to the PE class right after visiting canteen pic.twitter.com/dgChCctV1F

Of the page’s 10,000 or so followers, roughly half are Russian. We’re told that Russian Memes United also has a knack for attracting Anglophones whose meme supply is lacking a certain spiciness.

“I discovered that Russian Internet culture is more vibrant when it comes to memes, and I was surprised by the number of suicidal-depressive memes. They won me over because of the irony. I find them very funny, maybe because I’m half Russian.”

You be the judge:

The doorbell doesn't work
Neither does knock-knock
Leave pic.twitter.com/UAFJPH1fmR

Let's go for a walk, it's summer

No, guys, I prefer to suffer alone pic.twitter.com/zvseRQALcL

you will die in 7 days

You're in a great shape, are you doing sports?

I just don't have money for food pic.twitter.com/tbS2TT0XbI

great! that's what i wanted pic.twitter.com/n1jrJJyQQM

However, the page’s owner insists that it’s the re-styled medieval paintings that have gathered the most attention:

- Take a bublik
- But I'd like the one with poppy seeds
- That one is on my head
- Sad pic.twitter.com/A4NUBLGZK5

I hear you breathing, more changes to the layout are needed yet. pic.twitter.com/Iv2WqB0E53

Tell me, Ksyusha, whether I'm a bad mother?

And of course, there’s nothing more sacrilegiously giggle-worthy than a cute pet that’s been memefied:

you are on the private property
go away or I shoot pic.twitter.com/sJ9Kb3yrRc

Pelmeni are just like sex: you should eat them to the point you lie hardly breathing pic.twitter.com/meBto7hShi

I can't save everyone pic.twitter.com/lqjg91cT0Q

When you want to tell your master that the squirrels in the yard are going to kill him but he tells you to stop barking pic.twitter.com/uv4Vn7ZNxB

The armor of a warrior is always heavier than the collar of a slave pic.twitter.com/PyICGXPchd

When someone enters without knocking pic.twitter.com/5xwiUeduc4

Whoever it may be running the show over at Russian Memes United, we salute you and your quality memes – please never stop.