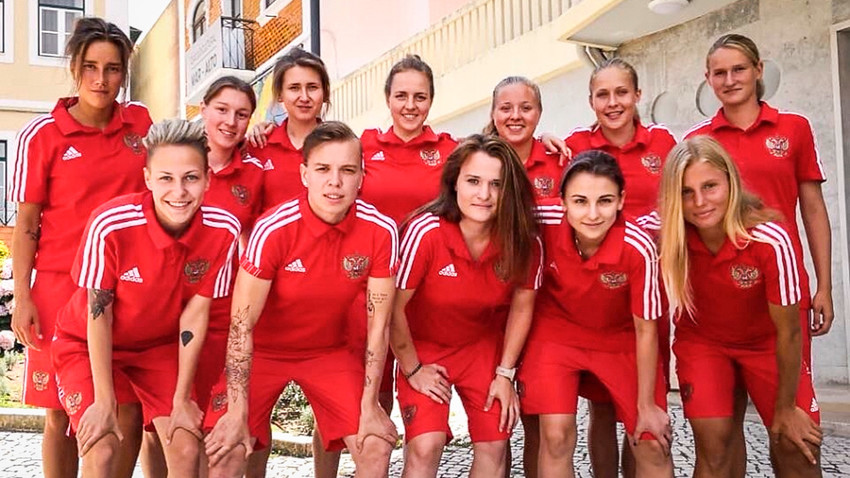 BeachSoccerRus
A day after Croatia sent Russia crashing out of its own World Cup, a team of Russian women restored the country’s sporting pride by claiming first prize at the European Beach Soccer Cup!

While all eyes were on Russia’s men, Lady Luck was smiling on her fellow women. Team Russia’s victories at the World Cup proved that Russia is a soccer country, but the women showed that it’s also a beach soccer superpower, which might come as an ever greater surprise.

On the very next day after tiny Croatia halted the Russian juggernaut on its path to World Cup glory, the Russian female beach soccer team claimed the Women’s Euro Beach Soccer Cup title in Portugal’s Nazaré.

After beating Spain 2-0, the girls became the third winning team of this now annual tournament after Spain (2016) and England (2017) — and that despite only getting together on June 25, just two weeks before becoming champions!

“We knew we had a good chance of winning, but expected a tough ride, especially with the Spanish in the final,” says team member Anastasia Osinovskaya. “I was feeling calm and confident from the start. I somehow knew we’d pull through. Even though it was our first time together as a team, we’d still known each other for a while. We acted as one organism, however banal it might sound, but it’s true.”

In between training sessions, the girls are even more gorgeous. Who wouldn’t want to “lose” to them?