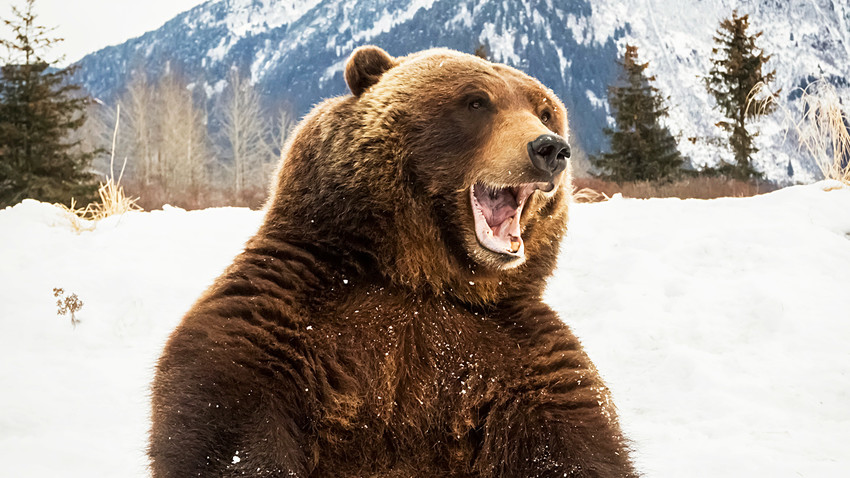 Getty Images
Everyday Russian views on foreigners and everything alien may at times be a complicated mixture of admiration and envy. But any ill-conceived attempt to laugh at others will also inevitably involve some Russian self-irony. Without further ado, here are 10 Russian jokes about our place in the wider world.

1. This one time, the Russians and Germans decided to swap cars as an experiment in quality. We got Opels, the Germans got KAMAZ trucks.

2. Some tourists, upon returning from Russia, were asked by their friends: “so, how was it? Did you see a lot of drunken people?”

- “Haven’t seen so much as a single one. We were treated to friendly drinks by our hosts at the start of each day, and walked around blind for the rest of it.”

4. –“Why must the Russians always take Americans with them on space trips?

- “So that at least one of the crew is sober by the time they touch down.”

5. Americans like to say “Do or die!” The Russians normally opt for “Die, but get it done!”

Because even death isn’t an excuse to a Russian superior.

6. Taken from the Customer Complaints log at a small provincial Spanish hotel:

Americans: “What a dreadful hotel. The elevators are full of the stench of cigarette smoke!”

Russians: “What a strange hotel. They won’t let us wear smoking jackets in elevators – just look at that ridiculous sign in English… Hey, at least we’re allowed to smoke.”

8. The Trump administration has issued a statement, confirming it does not view Russia as a threat to its interests. Nobody remembers when they last saw such a display of hurt feelings from the Russians.

9. Amid plummeting public trust the Trump administration is witnessing, Russian hackers have been told to get ready for a premature election season.

10) - A bus full of tourists pulls up to a European village, with the guide proclaiming: "for the modest entry fee of 100 euro you will experience the only source of fresh water in Europe that contains flying fish!" This, of course, pleased the visitors no end, and the entire bus agreed. What they saw were indeed flying fishes hopping out of the water the way you might see on nature shows. The moment the bus started to pull away, however, the driver was spotted yelling something in the direction of the bushes. Someone said it sounded a bit like Russian, and roughly translated as – "Mikhalych, turn off the boiler, we're done here!"