5 Russian buildings upgraded with planes… What?

Lifestyle
Anna Sorokina
Forget everything you know about architecture! In Russia, attaching an aircraft onto a building is actually a thing.

1. Training classes inside a Tu-124 in Kazan 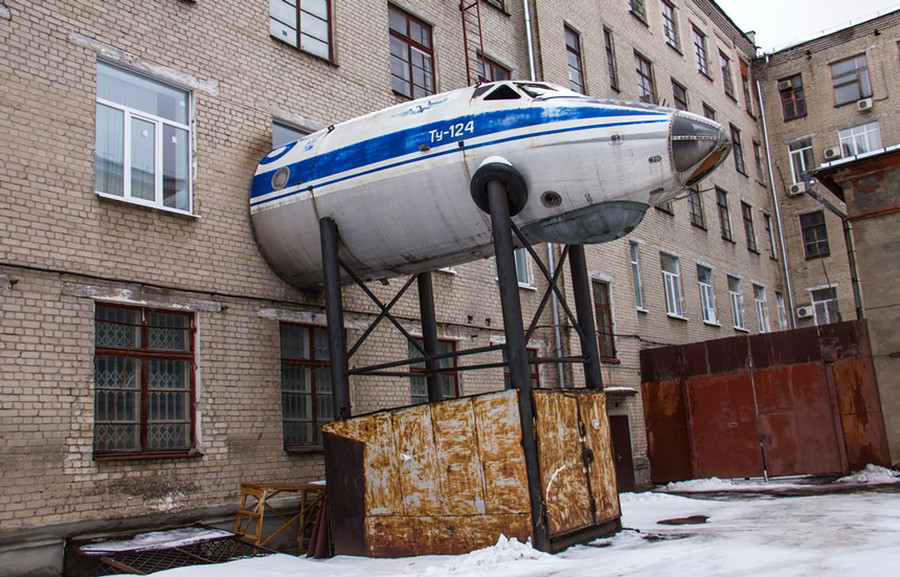 Future pilots and aviation engineers train in real planes, this is a given. But the Tupolev Kazan National Research Technical University (500 miles east of Moscow) has really taken the biscuit: The nose of a Tupolev Tu-124 aircraft is welded directly to the front of one university building.

The job was done back in when the Tu-124 was decommissioned after 20 years of service in Aeroflot’s fleet. The plane was presented to the students and as you might imagine, installing it onto the side of the building was no easy task. They had to saw off the fuselage, weld the bearing frame, and check the construction for safety. The electronics and pneumatics inside continued to work normally.

The cockpit became a training workshop for both students and schoolchildren, some of whom later enrolled at the university. Soon it became clear that digital electronics would completely replace mechanical devices, and classes inside the plane stopped in the mid-1990s. 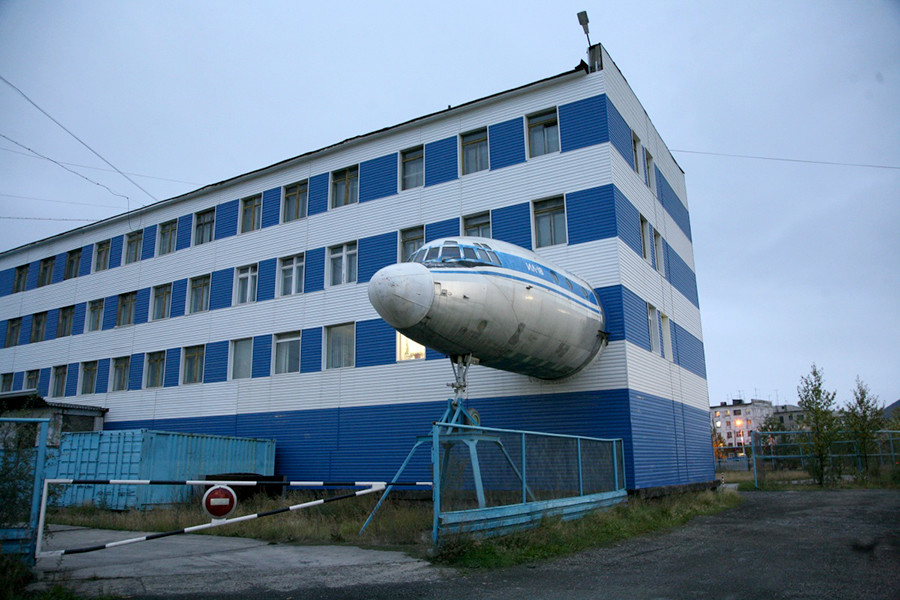 This building on Sovetskaya Street is the main attraction in the small town of Susuman in the Magadan region (6,000 miles east of Moscow). The workshop for young technicians has been located here since Soviet times.

The idea of attaching an Ilyushin Il-18’s nose to the building belongs to the workshop’s head Alexander Smirnov. At the authorities did not agree to this architectural experiment, but in 1986 they finally signed the necessary documents, and the fuselage of the decommissioned plane was delivered from the Maganad-13 airport to Susuman. The question remains though: How did they carry the monstrous part 320 miles along the Kolyma highway - it’s a challenging ride even for a normal car?

A class is still taught inside, where teen aircraft modelers make their flying masterpieces. 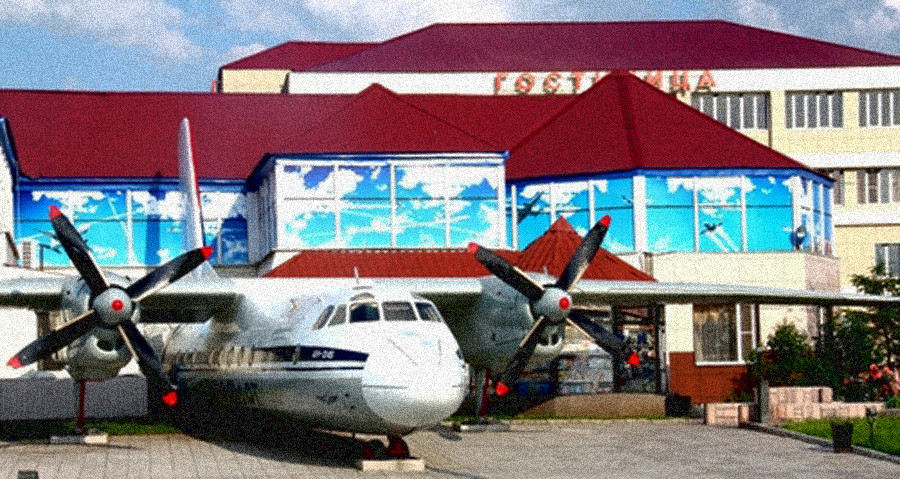 you find yourself driving down the M4 highway you can’t miss this hotel, built around an Antonov An-24B airplane. The back part of is embedded directly into the building. This plane was produced in 1967 and used by Voronezh Airlines and Aeroflot until it was dismissed in 1997. Then a local entrepreneur who was a big lover of aviation bought it. 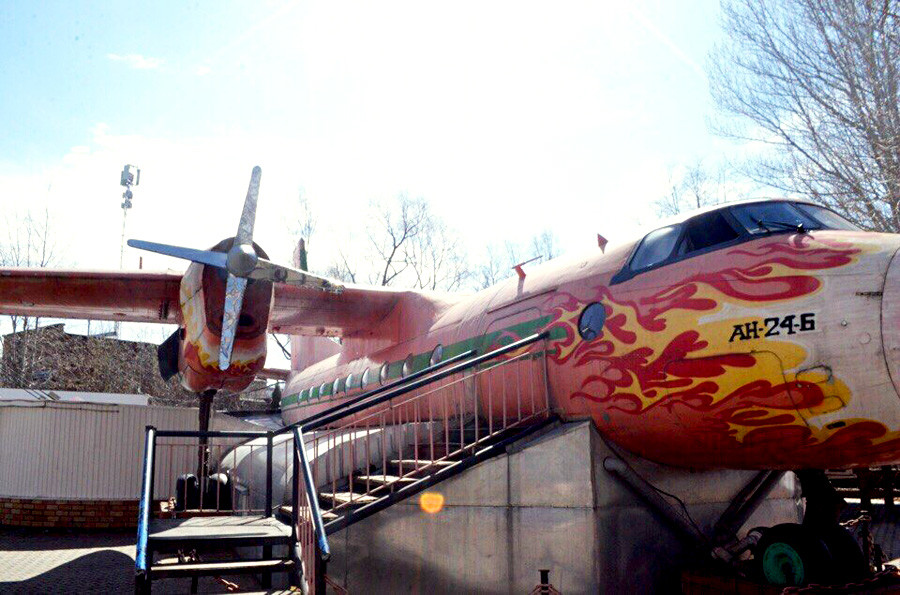 Another An-24 can be found in Perm’s Mindovsky Park (870 miles east of Moscow). Here the locals have put it on top of a cafe selling Caucasian cuisine. On the first floor, there’s a normal hall and a kitchen, and on you’ll the plane’s salon transformed into a VIP hall with several separate cabins 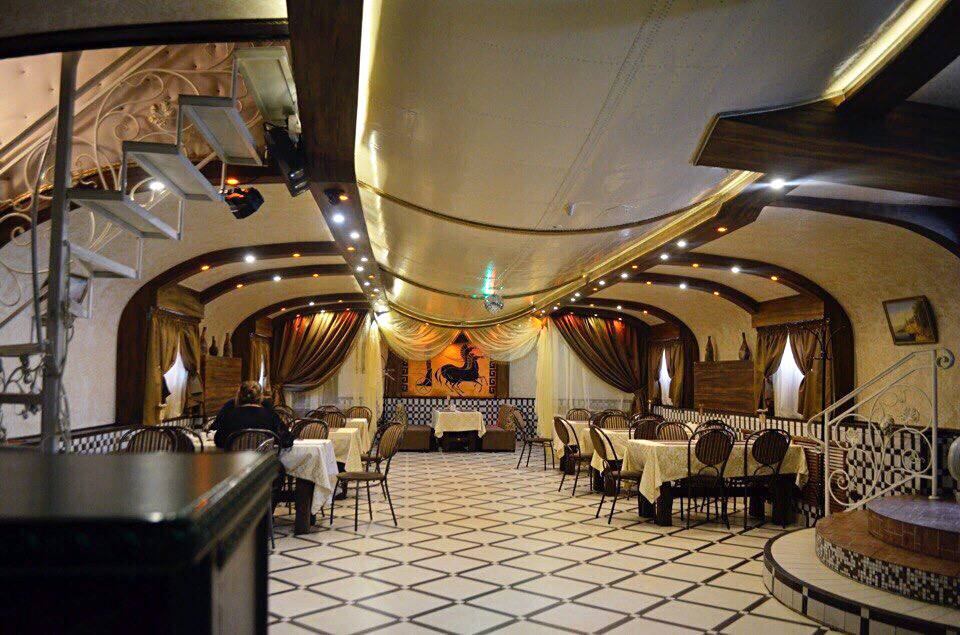 plane was flown from 1967 with Aeroflot and Perm Airlines, but in 1999 it was earmarked for the scrap yard. It was kept for two years in the local airport before being saved and transformed into a cafe.

5. An Mi-24 helicopter inside a restaurant in Perm 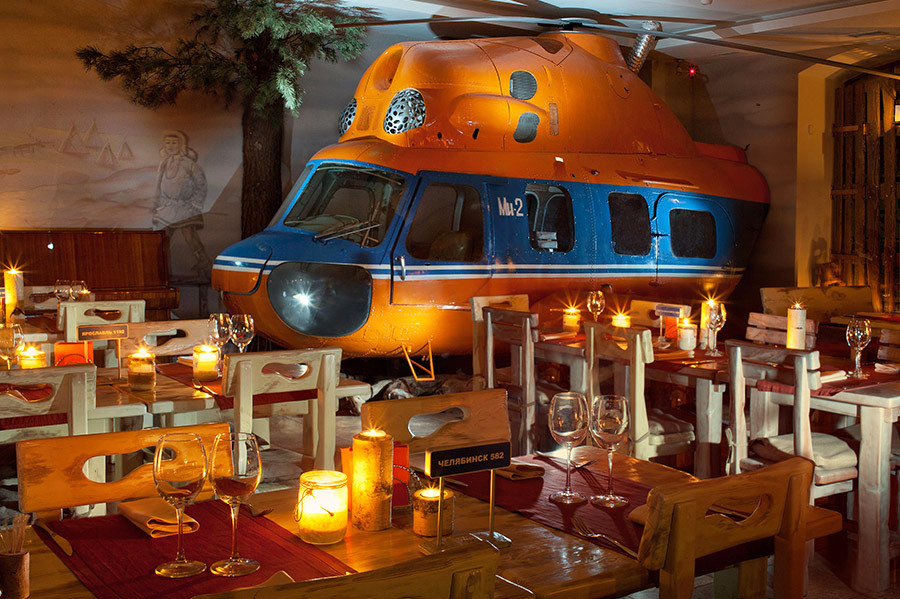 An authentic polar helicopter decorates another restaurant - - in Perm. The Mi-24 is installed right inside the dining area, and the cockpit and passenger seats have been preserved. Children love it and it’s possible to get into the cabin and feel like a real polar explorer.

Read more: 10 Russian buildings that are so ugly they'll make you cry