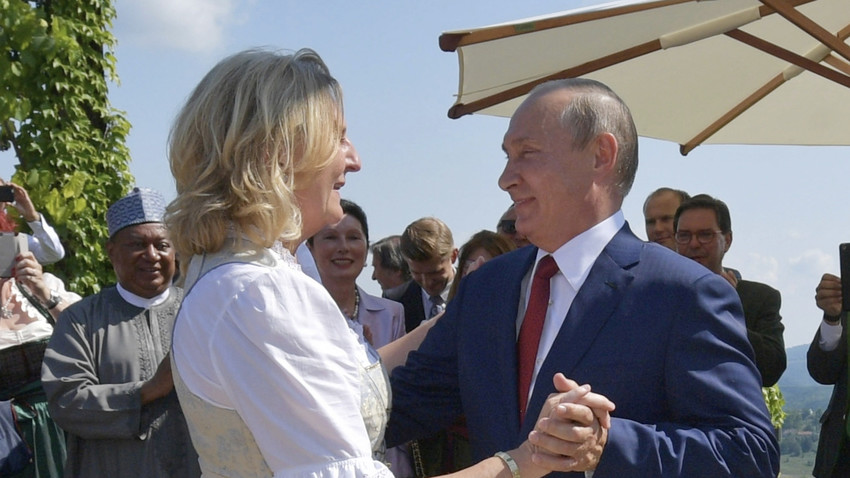 Who wouldn’t want to have a Russian president  at their wedding? Austrian Foreign Minister Karin Kneissl, 53, sure did. On Saturday, Aug. 18 Russian leader Vladimir Putin rocked up at her wedding - she was getting hitched to Austrian businessman Wolfgang Meilinger, 54, who apparently shares Putin’s passion for judo.

The leader arrived at the ceremony in the town of Gamlitz a bit late, but he was bearing gifts: A bunch of flowers for the bride and a group of Cossack singers. As the video shows the two politicians even shared a dance.

According to Putin’s spokesman Dmitry Peskov, he spent about an hour at the wedding. He presented the couple with an antique oil press, a traditional Russian samovar, and a landscape painting of village life.

Putin also gave a long toast in German thanking the newlyweds for the invitation and “a chance to visit  hospitable Austria.”