Everything you wanted to know about Vladimir Putin 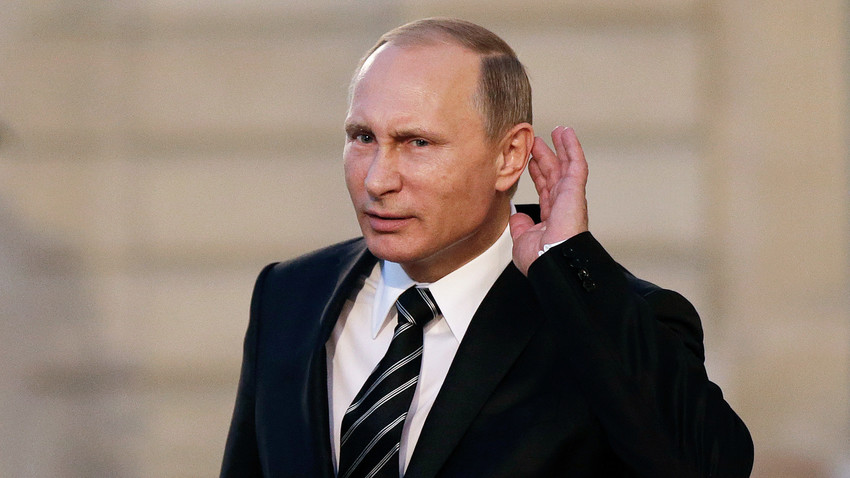 Reuters
One of the most influential figures in modern history, his career has skyrocketed from foreign intelligence officer in the KGB to Russian president.

Vladimir Putin was born in 1952 in Leningrad (now St. Petersburg). As a young man he worked many years in Soviet foreign intelligence, and in the early he served as St. Petersburg’s deputy mayor in charge of external affairs. Then, in the late he was head of Russia’s security services, finally becoming the country’s prime minister in 1999 and president in early 2000.

Look at the many different faces of Vladimir Putin since becoming Prime Minister in 1998 (spoiler: they are not different that much):

Vladimir Putin was the second, and is currently the fourth, president of Russia. His first presidency began in March 2000 and lasted eight years, (the Russian Constitution limits a president to two consecutive terms). In 2011, the presidential term was extended from four to six years, and Putin’s second presidency started in 2012 and continues until now. He has the right to serve one more term.

For sure, another name that comes to mind is Alexei Navalny – leader of a small but vocal opposition movement. Despite what western journalists write, Navalny has very little chance of winning, and here’s a few reasons why.

Vladimir Putin joined the KGB [Committee for State Security] in 1975, and was trained in Leningrad as a counterintelligence agent. 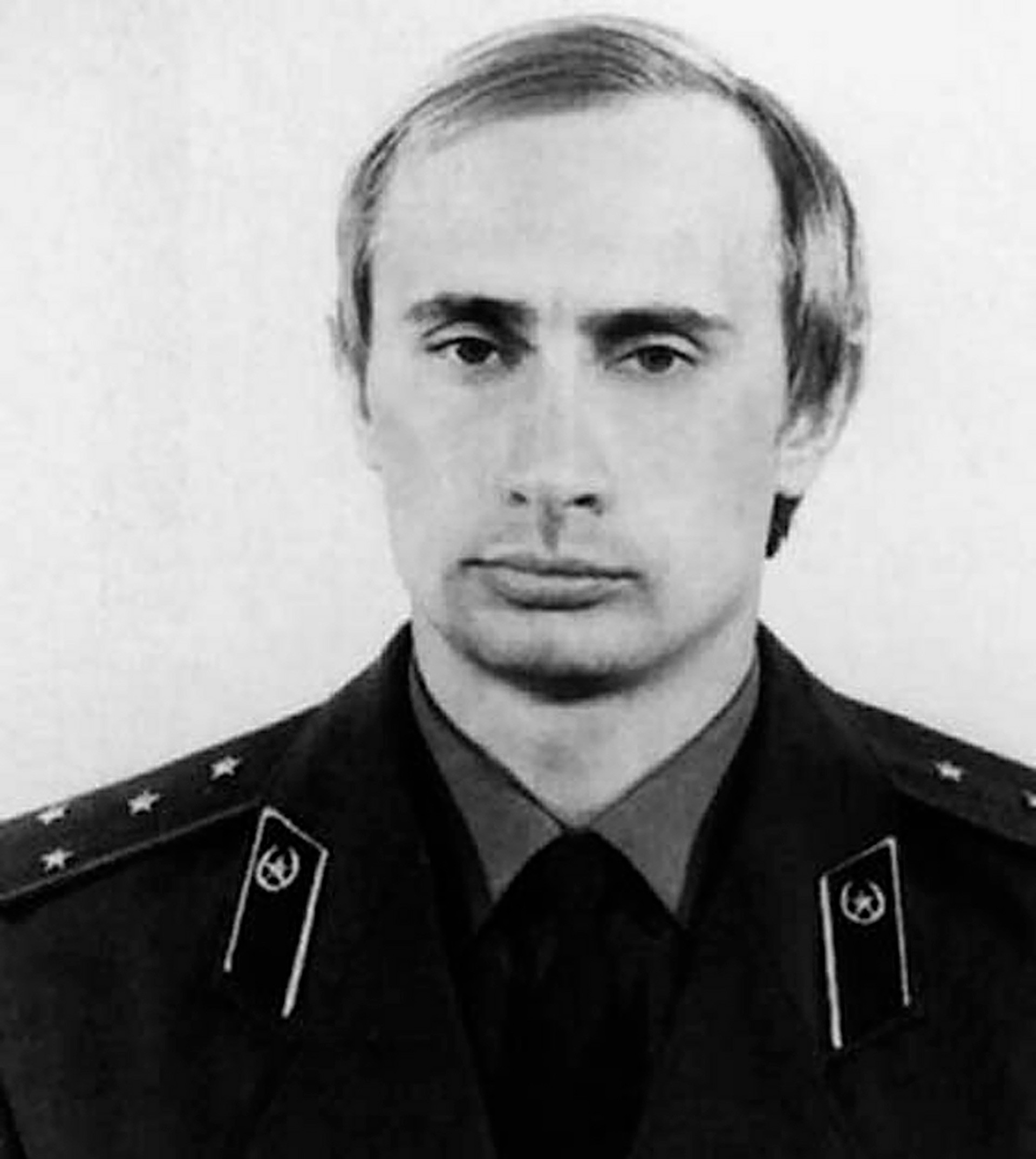 Starting in 1985, he worked in Dresden as a KGB agent, and was there at the time of the fall of the Berlin Wall in 1989. When the East German regime collapsed and announced its reunification with West Germany in 1990, the KGB’s time in Germany came to an end.

Vladimir Putin has two daughters – Katya and Maria. He married their mother, Lyudmila Ocheretnaya, in 1983. In June 2013, their divorce was announced, which was the first time since Peter the Great that a Russian leader publicly admited that he and his wife were ending their marriage.

Hey, wait a minute, we have a cuteness overload for you:

Why is Putin so popular?

Russians consider Putin an influential historical figure, and his popularity doesn’t depend on only the country’s economic prosperity. Read here about Putin’s popularity rating through the lens of three historical antitypes: boyars, commonfolk, and tsars.

Putin’s popularity means he receives ample admiration and respect, and this is often apparent in the gifts he receives from people, not only inside Russia. On Putin’s 62nd birthday most major Western media marked the occasion with its own take on the man.

Have you ever seen Putin as Buddha or the Incredible Hulk? In October 2015, an international exhibition titled “Putin Universe” was held in Moscow and London to mark the presidential birthday.

Putin’s most famous gift is his dog, “Koni,” a black Labrador given by Sergei Shoigu the Emergency Situations Minister. In 2012 he also received an Akita-inu dog as a gift from Japan. 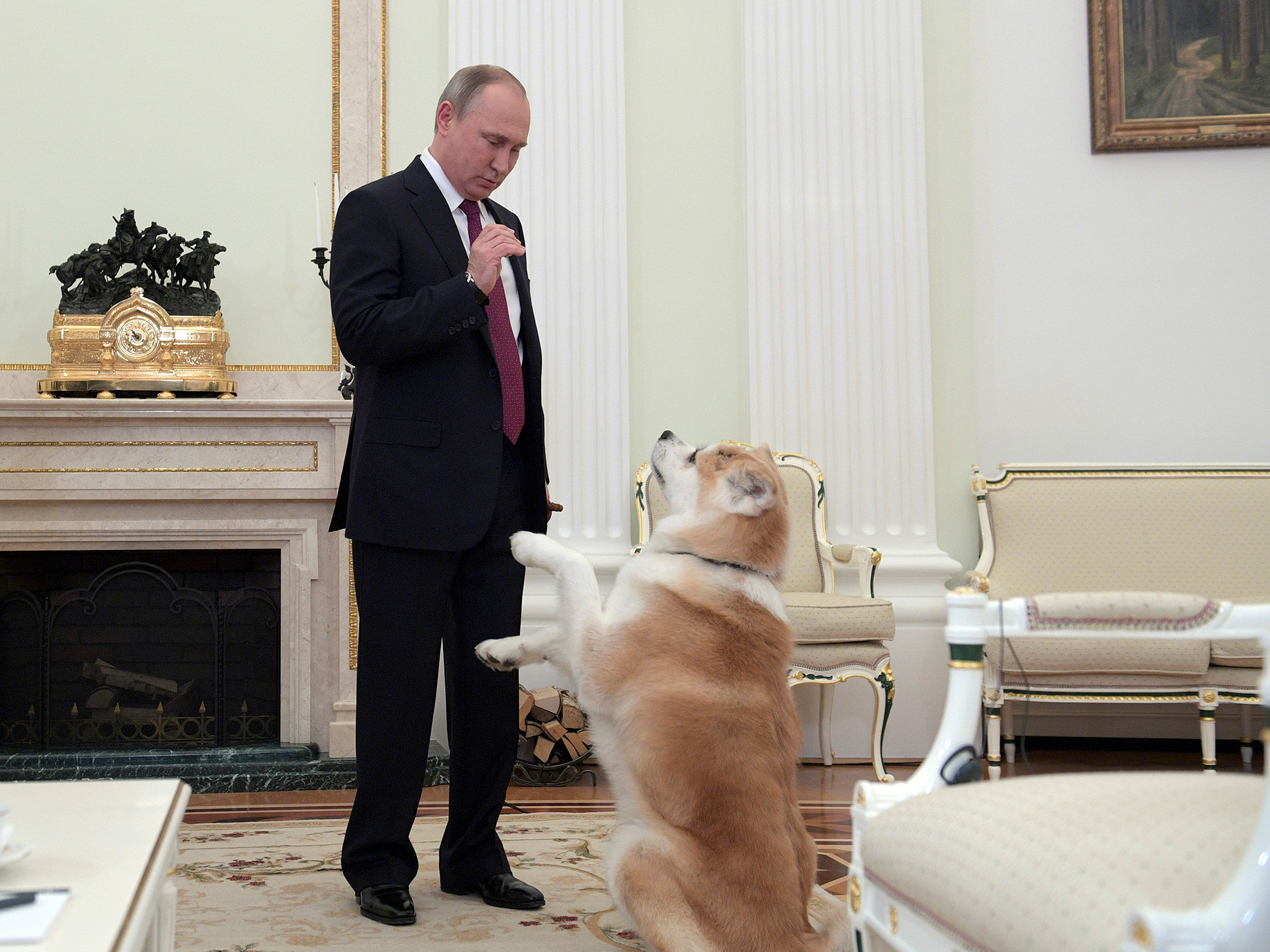 Gifts by citizens are submitted and then checked by security officials; and are kept in the Kremlin Library, as well as in a special storage facility in the Kremlin.

By law, the president may only keep gifts whose value does not exceed five times the minimum wage (less than $1,000 dollars).

Read about other gifts that Vladimir Putin has received.

Don’t forget: there is also an Instagram account with words of wisdom illustrated with Putin’s face! And it looks motivational.

How much does Putin earn?

Every year, Kremlin and Russian government websites publish the annual income of the president and other politicians, and how much property they own.

Where does Putin work and live?

President Putin is obviously the key newsmaker in Russia. While his official residence is the Kremlin Senate, he often prefers holding official meetings at his suburban house in Novo Ogarevo, 30 km west of Moscow.

Although he likes cars made in Russia like the Volga (middle class car from the USSR) or Zaporozhets, his main working car is an armored limo Mercedes-Benz S600 Guard Pullman.

A constant feature of President Putin’s tenure as Russia’s leader is his nationally televised, “Direct Line,” phone-in, which shows how accessible he can be. But the president’s annual Q&A session is merely a modern-day incarnation of an ancient tradition.

Why does Putin have a rugged reputation?

As experts point out, our childhood makes us the person we are.

Putin himself admits that his childhood had a big impact on his personality, and he often had to fight and be tough. "Fifty years ago the Leningrad streets taught me that if a fight is inevitable, you need to hit first," the leader said in 2015.

Of course, who could be expected to be soft after 16 years serving in the KGB?

Or is it just a mask?

Does Vladimir Putin have a gun?

And if yes, can he actually use one? Find the answer in the video below:

Films, cartoons, and books about Putin

In 2017, Oliver Stone presented his four-part documentary series, “The Putin Interviews.” Here is a brief summary:

1. In part one, the Russian president tells the American film director about growing up in the postwar USSR, what he was thinking when he became President Boris Yeltsin's successor, and why Russia has difficult relations with the U.S.

2. In the second segment, the two men discuss the possibility of war between Russia and NATO, as well as the fate of Edward Snowden, the former NSA agent who was given asylum by Russia.

3. In the penultimate episode, the director and the Russian president discuss the conflicts that the country has been involved in, directly or indirectly, in the past several years: Crimea’s reunification with Russia, the armed uprising in eastern Ukraine, and the civil war in Syria.

4. In the final part, Stone and Putin discussed the alleged role of Russian hackers in the U.S. presidential elections, Donald Trump, Joseph Stalin and Putin’s own future.

In 2015, the People's Front for Russia (a coalition of several pro-government organizations) began publishing short cartoons showing President Putin dealing with a series of corrupt officials who he had summoned to the Kremlin. It’s really amusing; just take a look.

In addition to allusions to Russian surrealism, Gorbachev having herpes and Yeltsin's alcoholism, the creators of the Simpsons twice referenced Putin's famous topless photo on horseback (remember that?), as did the creators of Family Guy, along with... 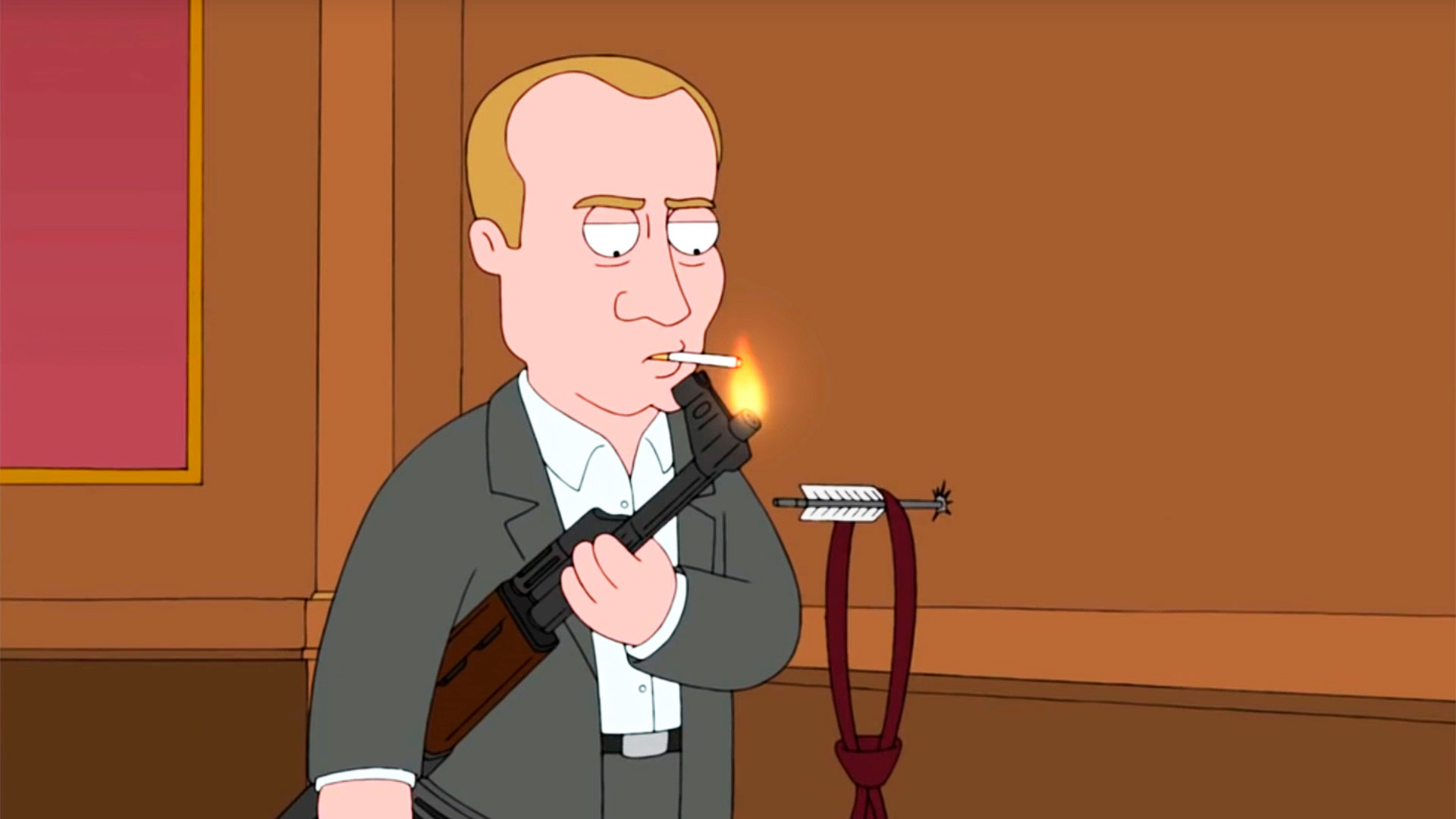 Apart from films and TV series, there are plenty of books about the Russian president, and some are in English; for example, Mr. Putin: Operative in the Kremlin, a book by Fiona Hill and Clifford G. Gaddy. In 2013, we interviewed Fiona Hill and it’s worth reading to have a better understanding not only of the book itself but also of the enigmatic Russian leader.

We have learned a lot about the Russian president. Now we have a quiz: try to guess if the comment was made by Putin or Obama!

Does President Putin want to restore the Soviet Union?

Putin mentioned several times that the collapse of the Soviet Union was a major geopolitical tragedy, but don’t mistake his realism for ambition. Here’s a few reasons for a definite “no.”

All you ever wanted to know about Vladimir Putin`s hobbies in one video:

President Putin has visited more countries than most other Russian politicians, and we have an interactive map of places where he lived, studied, worked, spent time with tigers and posed shirtless. Enjoy!

And here’s more about the president’s ruggedness. He prefers to spend short holidays in a very active way; for example, in the wilds of the Siberian taiga where he fished in a mountain lake, went spearfishing, sunbathed, journeyed down mountain rivers and rapids on powerboats and rafts, took mountain hikes, and also rode a quad.

To be honest, such extreme pastimes are a great headache for his security services.

Oh, don’t to forget that Vladimir Putin is a master in judo and sambo; he was Leningrad’s champion a number of times. He is also a black belt in karate, judo and taekwondo!

And plays the piano!

“All you want to know…” is an extended guide to the most popular topics about Russia. We constantly work on new material, and this page will be updated with new entries and information as it’s received.