'One day in Russia is a lifetime in Europe', says ex-rescue worker 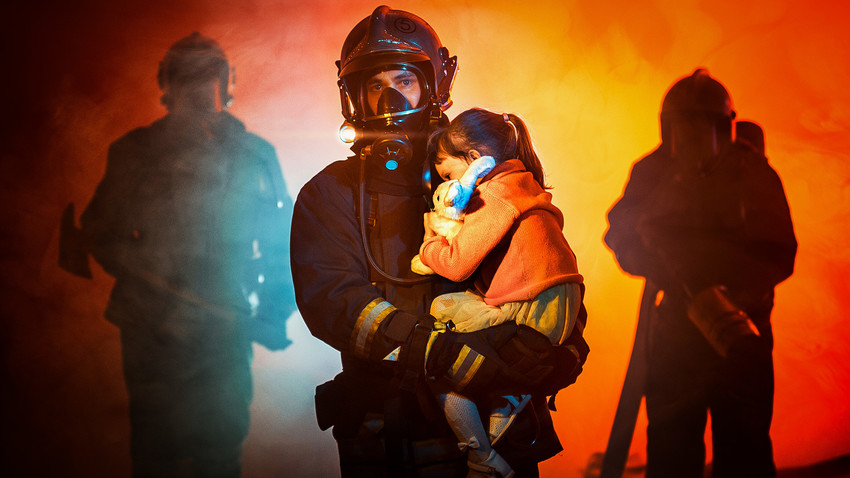 Getty Images
They put out fires, save old people and abandoned children, and pull drunks out of rivers. That’s what everyone knows about rescue workers. But it doesn't tell the whole story.

For half an hour, fire fighters have been battling a blazing five-story apartment block in Moscow. There are no people inside: the ramshackle building was condemned to demolition even before it caught fire. So it’s more relaxed than most jobs. The rescuers even have time for the odd cigarette (presumably to refresh the lungs). It's then that someone decides it’s a good time to train a volunteer.

Together, the two of them enter the burning building—the heat and smoke are intense and visibility is zero. They grope their way to the top floor where, to their surprise and horror, they discover a family of migrants: a man and woman, and a one-year-old child. They are conscious, but not for much longer.

It’s fairly common practice on the part of housing maintenance companies. They slate an apartment block for demolition and evict the residents, but until the wrecking balls start swinging the rooms are rented out to migrants. And if there’s a fire, as in this case, no one knows they are there. The rescuers drag the threesome out through the blinding smoke, stumbling down the stairs and very nearly dropping the child. But they are saved. And an important state award is conferred as a result. True, not on the rescuer and volunteer, but on the son of some fire service official who was nowhere near the fire. 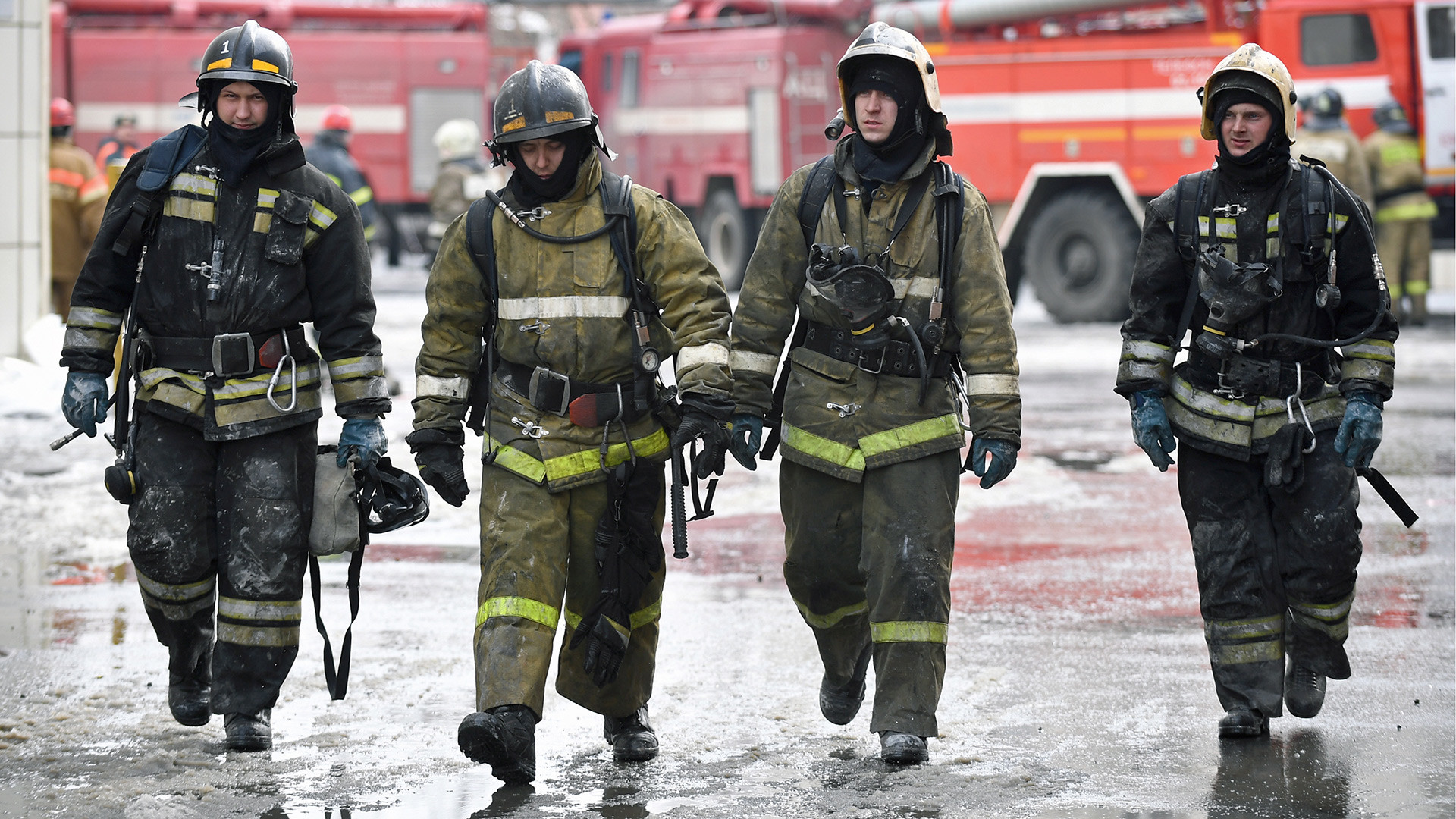 80% of calls are from people who have accidentally locked themselves out. 20% of cases are more serious.

29-year-old Alexander talks about this impromptu migrant-rescue operation with a wry smile. They didn't get an award, but so be it. Life’s not fair, and rescuers know this more than most. It was “like a movie,” he adds.

In August, Alexander decided that he wanted to tell about the lesser-known aspects of his job. “I’m tortured by flashbacks,” he admits. In the meantime, his Twitter thread about working as a rescuer in Moscow has picked up thousands of likes.

Terror attacks in the 90s and Nord-Ost

Alexander entered the profession thanks to his father, who also worked as a rescuer: “In the 90s, people often did this job as an excuse to get sloshed. You ‘worked’ a couple of days and the rest of time was spent on the bottle.” Back then, the “profession” was full of boozing amateurs, who continued the debauchery until Russia was hit by a wave of terror attacks in the late 90s.

“Sometimes my father called me to ask for a flask of coffee while they waited for the bomb disposal team to show up at some apartment block. By the entrance there might be 10 bags of hexogen [a highly explosive material] piled up,” Alexander recalls his childhood. 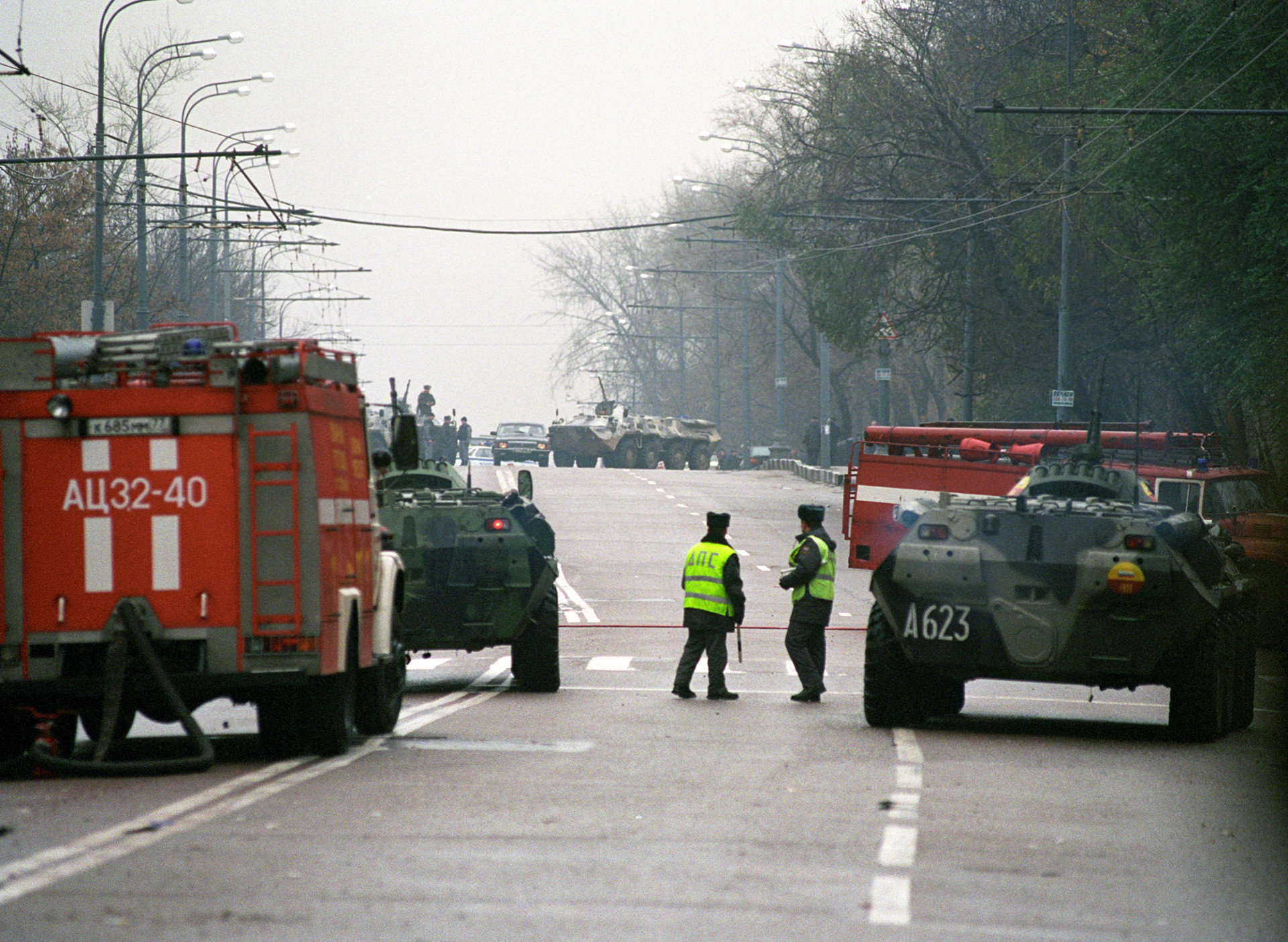 In 2002, Chechen terrorists took 916 people hostage during a performance of the musical Nord-Ost in Moscow.

In 2002, Chechen terrorists took 916 people hostage during a performance of the musical Nord-Ost in Moscow. A few people managed to hide in a back room at the House of Culture, but there were bars across the windows: “My father and three others found a way to the backyard through a pipeline, and climbed out through a manhole. How they didn't get shot at from the windows, I'll never know. They cut the metal rods on the windows and pulled the people out.”

It soon became clear that rescuers should be people with special skills and a bit of medical knowhow. The “alcoholics” were duly replaced by mountaineers, speleologists, and other extremists.

At age 14, Alexander himself became a volunteer rescuer. “What’s it like being a rescue worker so young? It’s all about wearing crappy jackets with ‘MES Russia’ [Ministry of Emergency Situations] emblazoned across the back, carrot-colored berets, and coveralls, and thinking it looks cool,” he laughs.

What do rescuers do?

Being a rescue worker opens doors, quite literally: 80% of calls are from people who have accidentally locked themselves out and have young children inside, for example. The remaining 20% of cases are more serious: the smell of a decaying corpse from under the door, suicides, mental disorders, fires, etc. “Talking to a suicidal person is one of the toughest, it’s easier to deal with a night-long fire,” says Alexander. “The tension and brain work are so immense you physically shed pounds.” 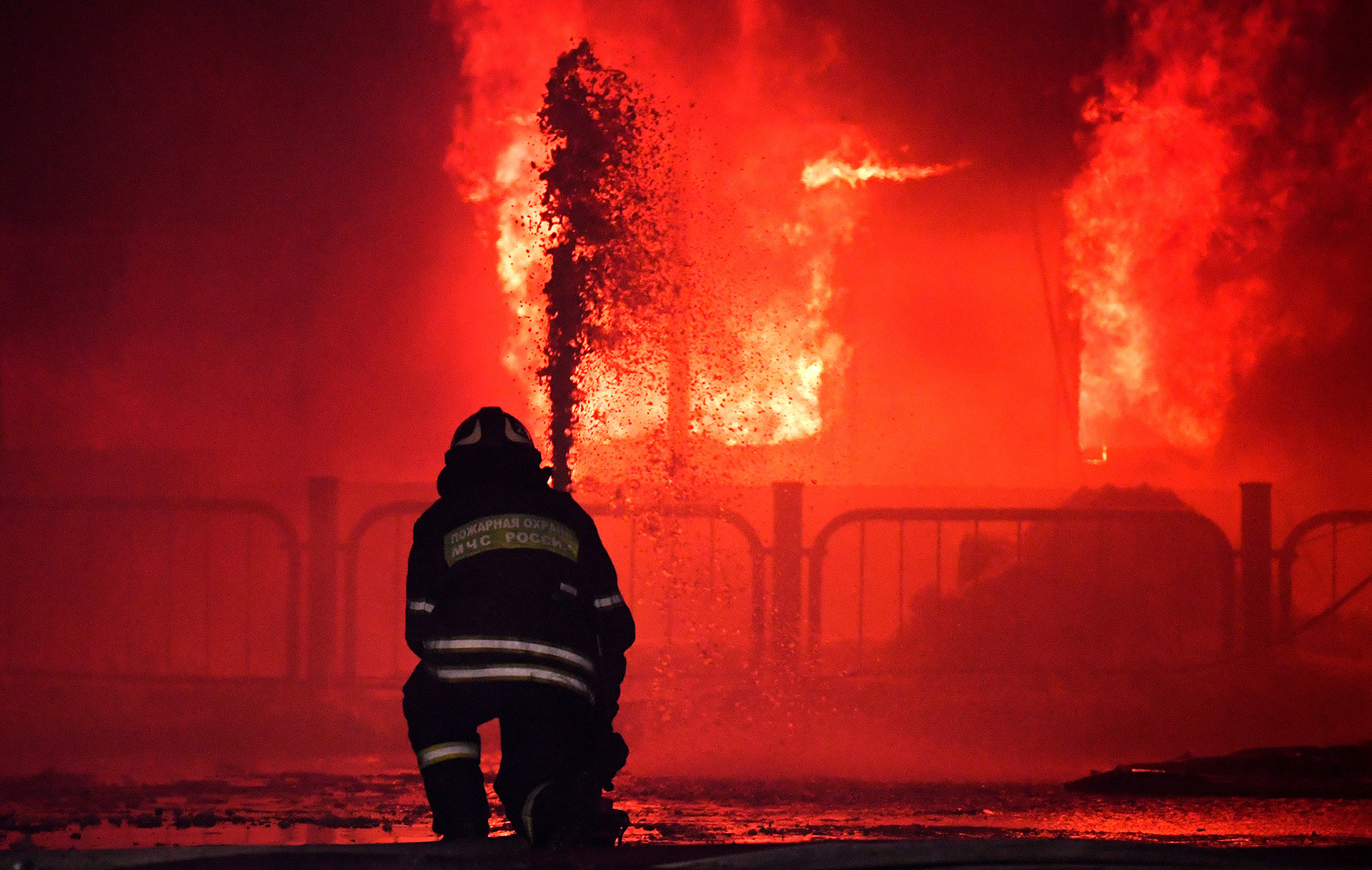 “Talking to a suicidal person is one of the toughest, it’s easier to deal with a night-long fire”

To imagine what it’s like being a fire fighter without burning your fingers, Alexander recommends (but we don’t): putting on a fur coat when already overdressed, donning a heavy backpack and snorkel mask, hanging a shopping bag around your neck, and holding a toolbox in each hand, all while riding an exercise bike in a sauna. But does this mean rescuers are all tough, hard-boiled hombres? Not true, says Alexander. Many have other lives as punk rockers, rappers, bar owners, or DJs at psychedelic festivals.

“We had one guy who was gay, very mannered, the kind whose Instagram is full of underwear selfies in the mirror. He was also a nutcase with balls of steel, and a pleasure to work with. He was Russian but worked at a fire station in Germany, and volunteered with us during his time off,” says Alexander.

Working as a rescuer in Russia isn’t like in Europe or America. The equipment can be second-hand, bought on eBay, and the fire station might be located on the second floor above a sauna (read brothel). On the "plus" side, a day’s experience in Russia is like a lifetime in Germany, says Alexander. “Because over there everything’s taken care of in advance, and no one dies,” he states in all seriousness. 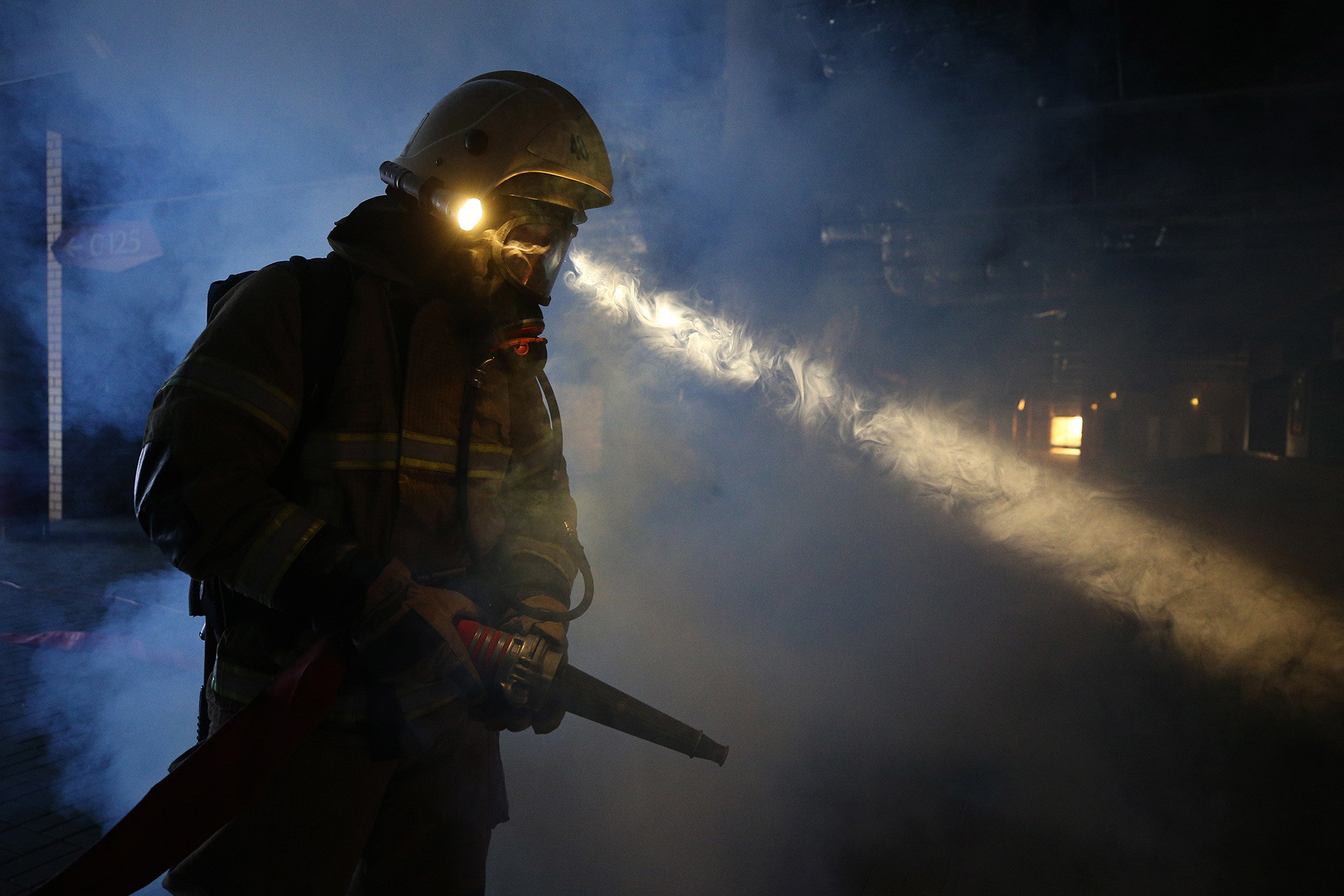 "How they didn't get shot at from the windows, I'll never know".

There’s no shortage of comedy, either. Once, in response to a call about a “husband inside not answering the door,” he abseils down to the balcony. A strapping fellow approaches the window, lights a cigarette, and gazes at the stars in the distance. Alexander is hanging from a rope ten floors up, terrified.

The rescue team lowers another rope and takes the woman down to the floor below. The wife is then informed that her devoted husband has had one too many after a hard day’s work and fallen asleep. 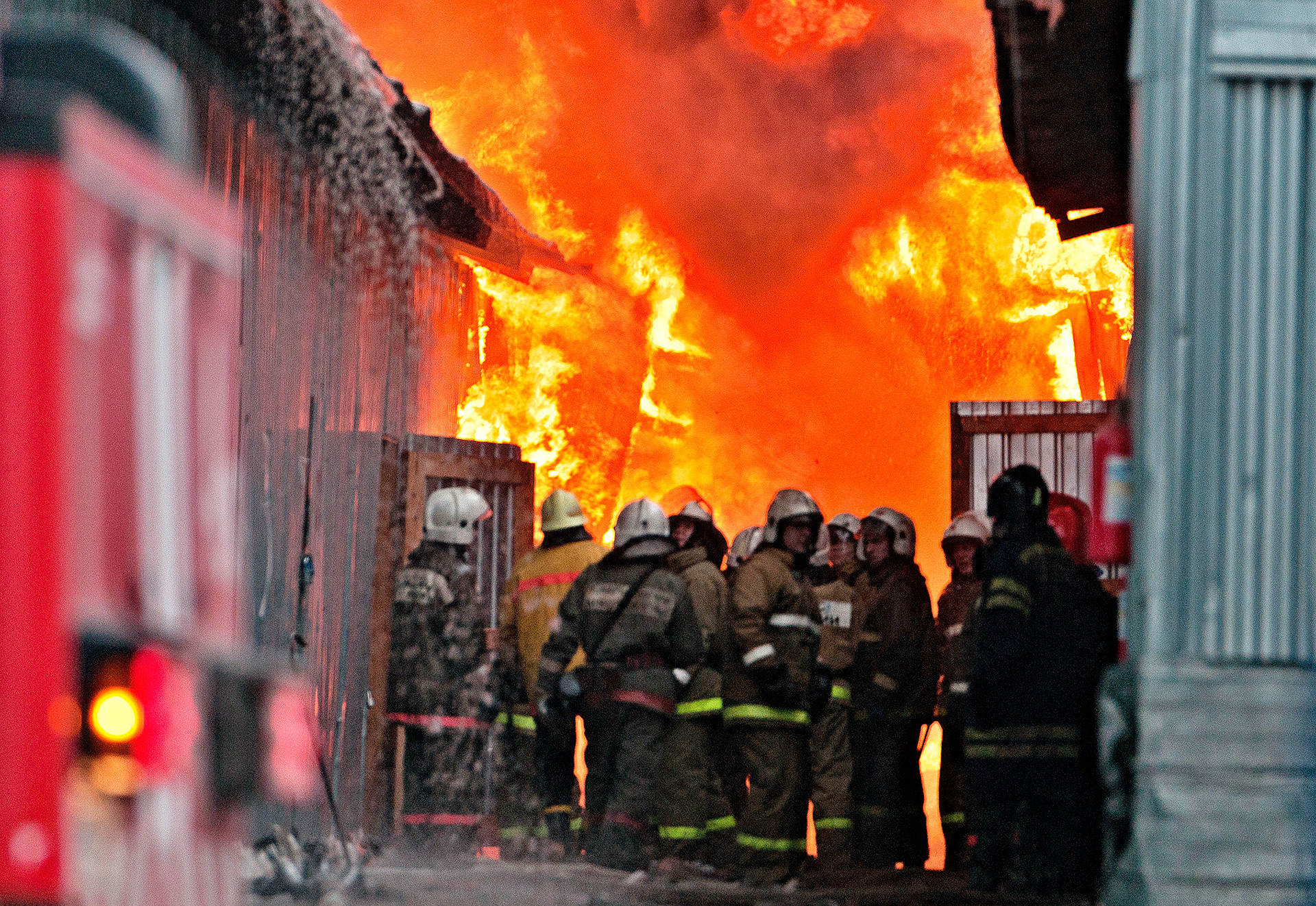 “You develop a really simple view of human life, all status-seeking and regalia become ridiculous".

When love turns to hate

After a decade of service, Alexander moved to Georgia to work in tourism. The reason he cites as being the “destruction of the profession” by the state, not to mention occupational burnout.

He is all too aware that the moments of action-man heroism are hopelessly outnumbered by the incidents of human fatheadedness. Time has furnished him with a visceral hatred for certain types of people and an excessive sentimentality for others. “You develop a really simple view of human life, all status-seeking and regalia become ridiculous. Death too becomes routine. But it’s impossible to get used to [dead] children.” 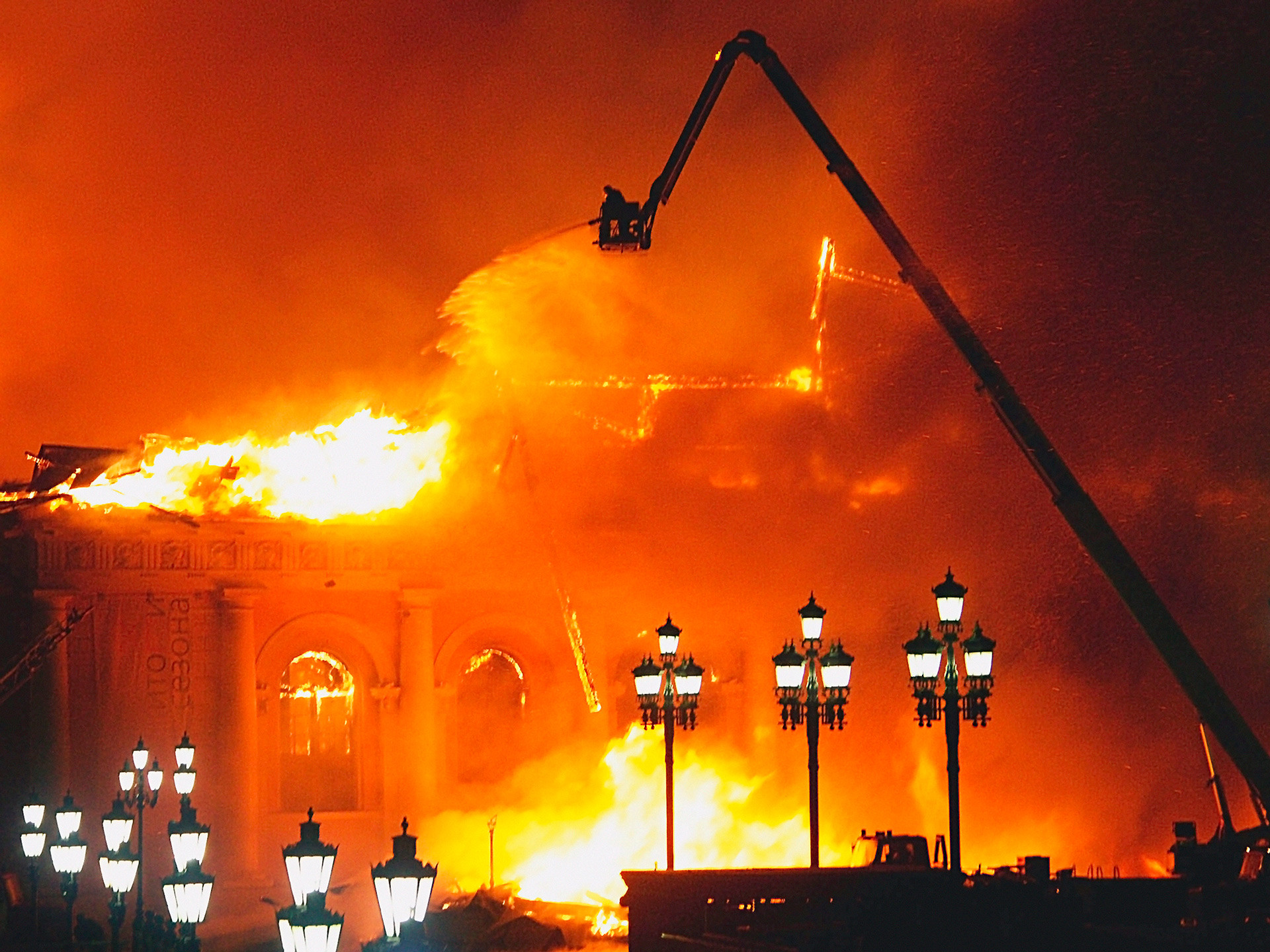 When asked what superhuman ability he would most like to have, interestingly he opts for a Men in Black-style neuralyzer.

The only way out is to walk away. Even if it draws you back, as it does Alexander constantly. When asked what superhuman ability he would most like to have, interestingly he opts for a Men in Black-style neuralyzer. Point and click. A flash. The person’s memory is wiped clean, as if nothing had happened.