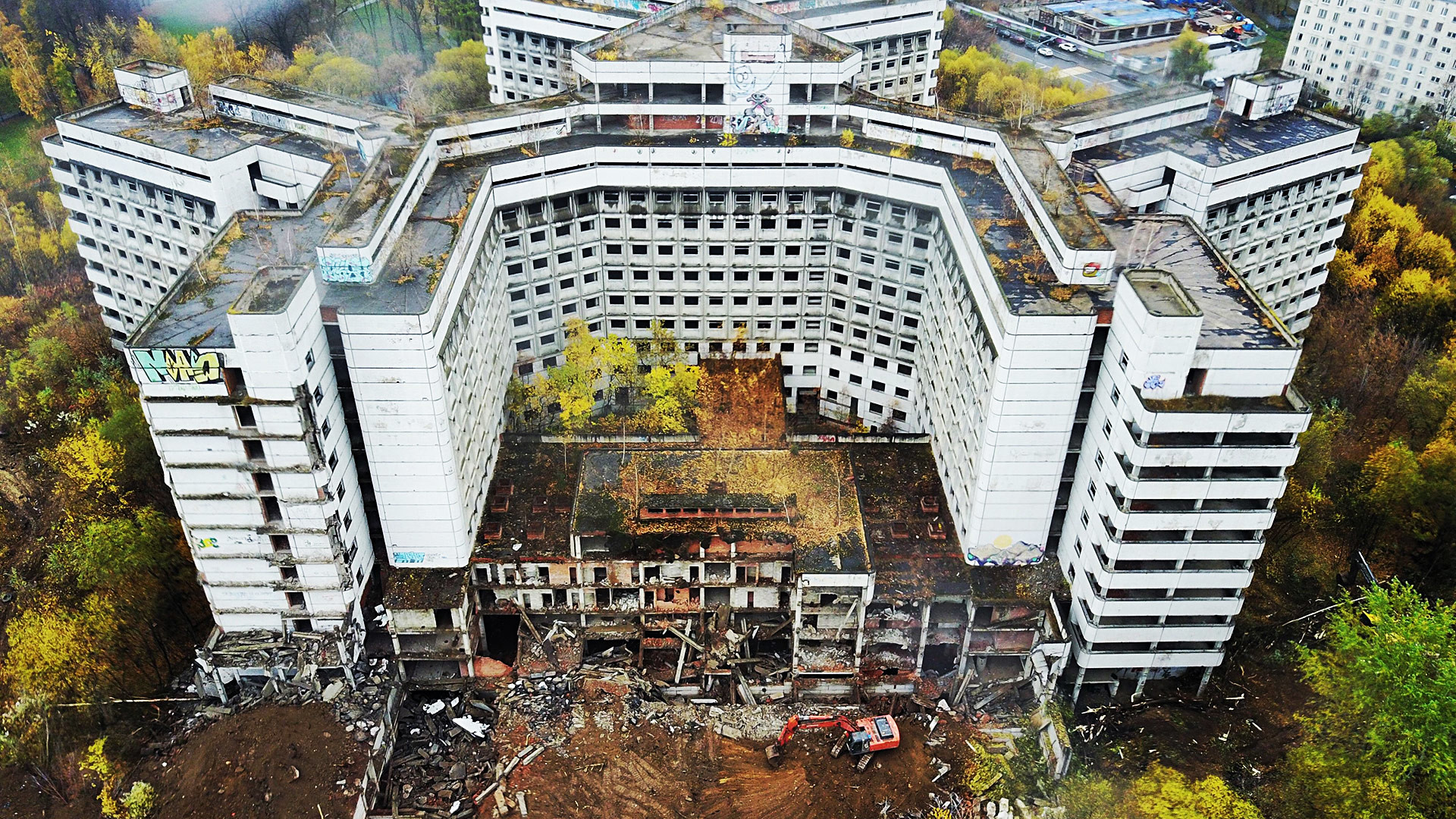 1. In the early the Soviet authorities decided to build one of the country’s biggest hospital with 1,300 beds.

2. They chose Moscow’s Khovrino district where there were no other hospital at the time.

3. Some say the design is similar to the Umbrella Corporation star from the video game Resident Evil.

4. Due to either financial problems or faulty basement construction (still not clear) in 1985 construction was frozen and then shut down completely.

5. From this point adrenalin seekers started to explore the dangerous corridors.

6. The empty, abandoned shell of the hospital is incredibly creepy, and many thrilling legends were born here.

7. In the 1990s there were rumors that a Satanist sect chose this place for sacrificial rituals, killing stray animals and even people in the cellar of the hospital.

9. This creepy grey concrete monster has also witnessed many suicides. There was even a monument to a teenager who killed himself here because of unrequited love.

10. Adventure seekers and later Instagrammers flocked to tickle their nerves – and to get that perfect scary photo.

11. Despite security guards, people still managed to break in, but due to the darkness and dangerous stairs, empty elevator shafts, etc, many people have injured themselves.

12. Conspiracy theorists have even claimed the hospital has several underground levels where there’s a secret lab.

Read more: 15 industrial wastelands in Russia that are truly apocalyptic>>>