10 of the most successful and famous people in Russian civilization 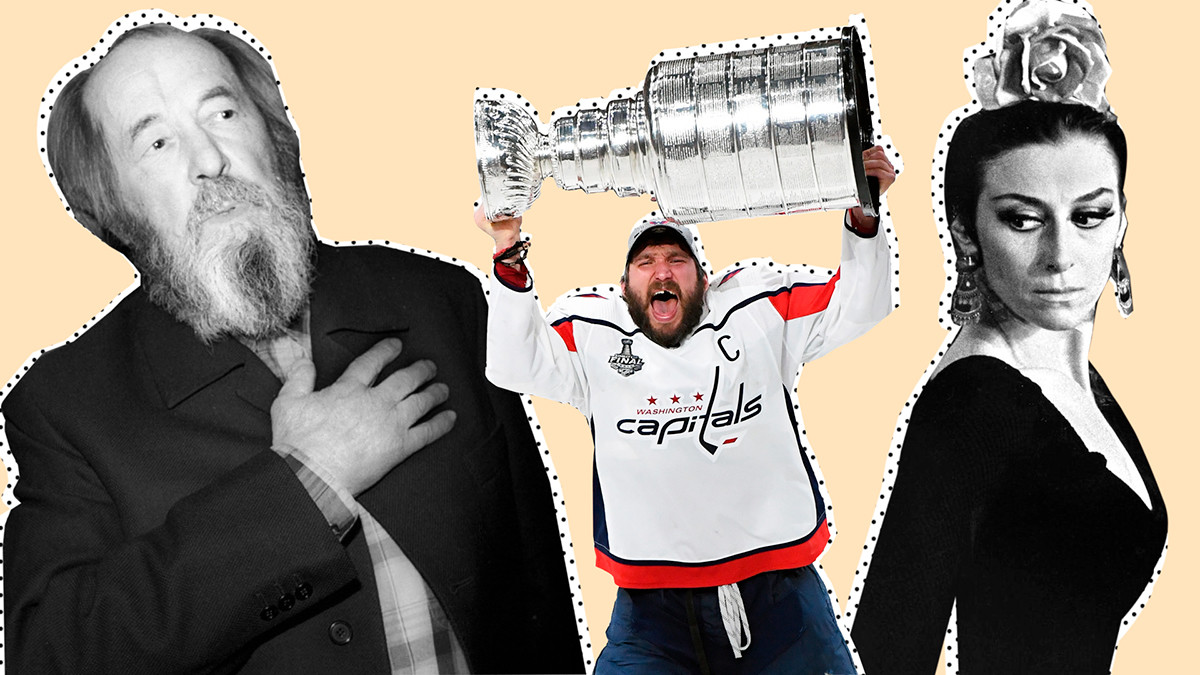 Getty Images, Oleg Buldakov/TASS, Archive
Even if you weren’t born and raised in Russia, chances are you know most of these outstanding individuals. 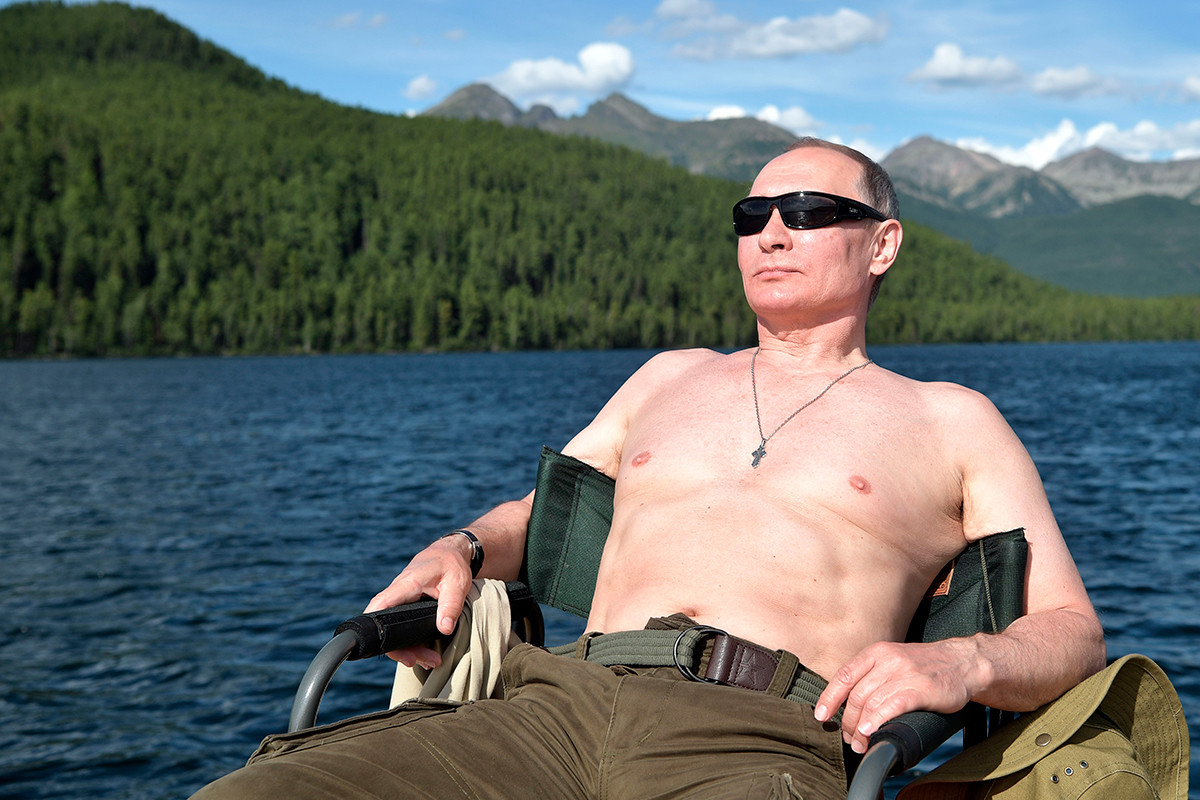 He is arguably the most famous Russian, and his name today is almost a brand. A nature lover and pet enthusiast; a judo master and a hockey player; a former intelligence officer and a performer; Putin is Russia’s most popular and famous leader, whose daring actions, self-assured manner, limitless power, and strong charisma have made him a rock star of international politics.

He’s landed on Time’s cover nearly a dozen times, and for years he has dominated the headlines of the most influential publications. His colossal personality has served as an inspiration to songwriters, movie makers, fashion designers, alcoholic beverage producers, and etc. 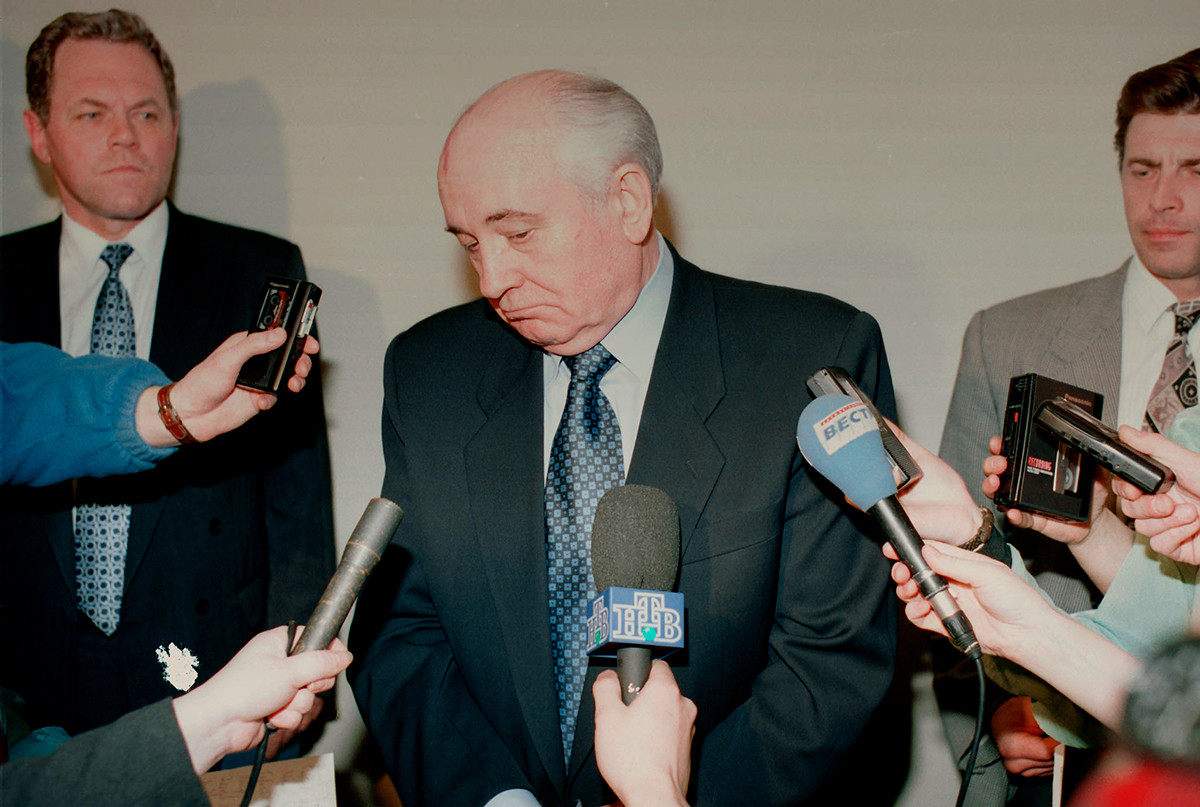 This man ended the Soviet Union, as well as the Cold War. Although No. 1 on this list called the dissolution of the USSR “the greatest geopolitical catastrophe of the century,” Gorbachev is still hailed as a hero in every corner of the planet.

He withdrew Soviet troops from Afghanistan, proposed a plan to clear Europe of nuclear weapons, relinquished control over the Eastern Bloc, and agreed to the reunification of Germany.

It should surprise no one that Gorbachev was awarded the Nobel Peace Prize in 1990 for his role in ending the Cold War, a conflict that shaped international politics for almost half a century. 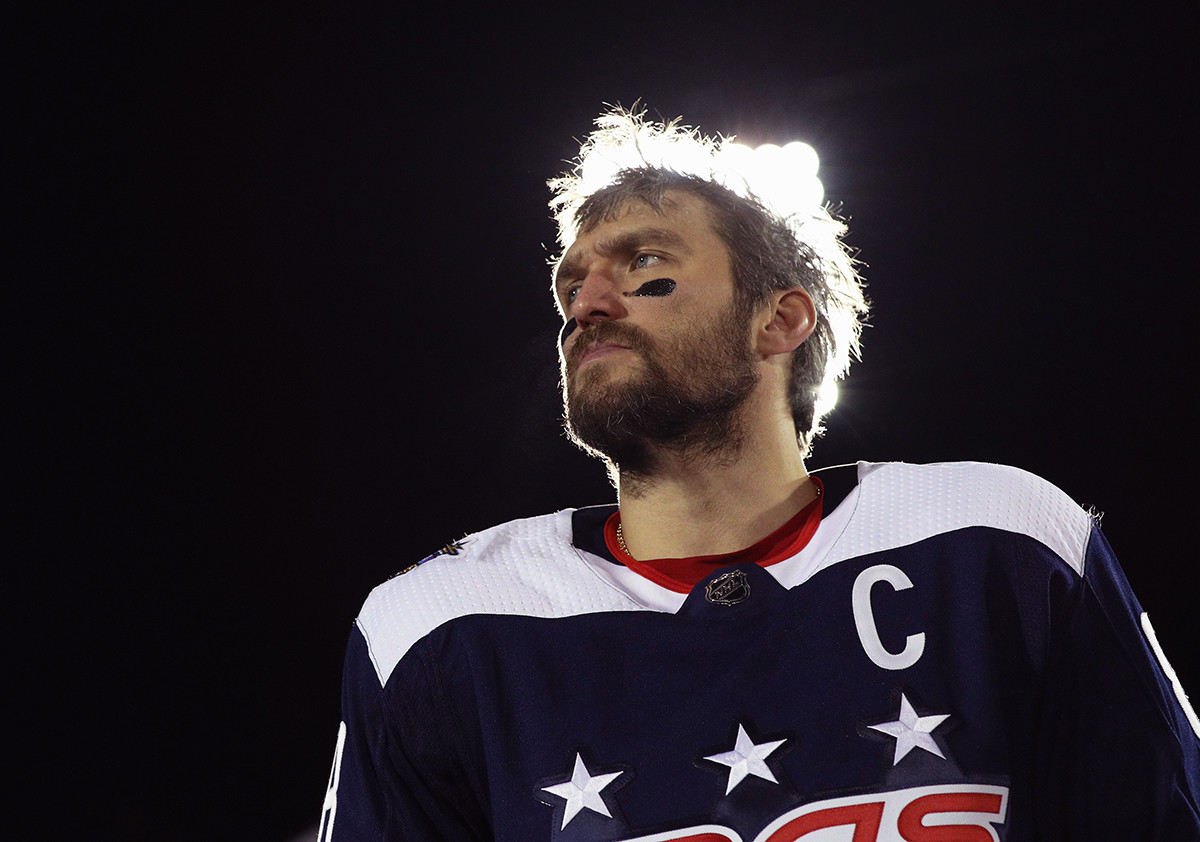 They call him the "Great Eight," and he is arguably the most famous hockey player in the world. Leading the Washington Capitals as the team’s captain, Ovechkin has been honored as the most valuable player of the NHL three times: in 2008, 2009 and 2013. 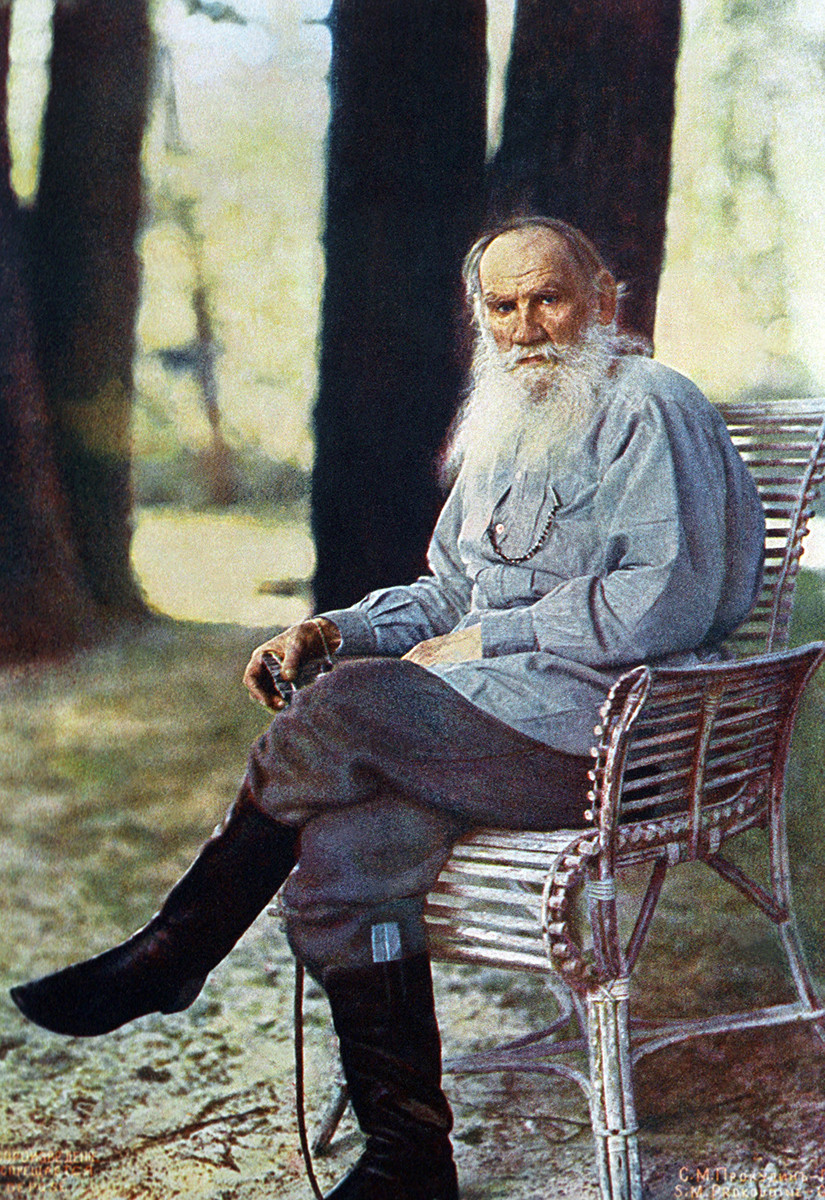 He wrote about human feelings and purpose in such elaborate detail like no other writer before him. Larger than life, Tolstoy is arguably the most prominent writer in the history of Russian literature. His epic novel, War and Peace, is considered to be among the greatest books ever written and among the most widely recognized works of literature.

Although this masterpiece continues to inspire people to new interpretations, with the BBC’s series the latest major attempt to reinvent the novel, Tolstoy valued his other works even more. His books are the ultimate guide to living a good life. This and other achievements have made Tolstoy one of the most widely known Russians on the planet. 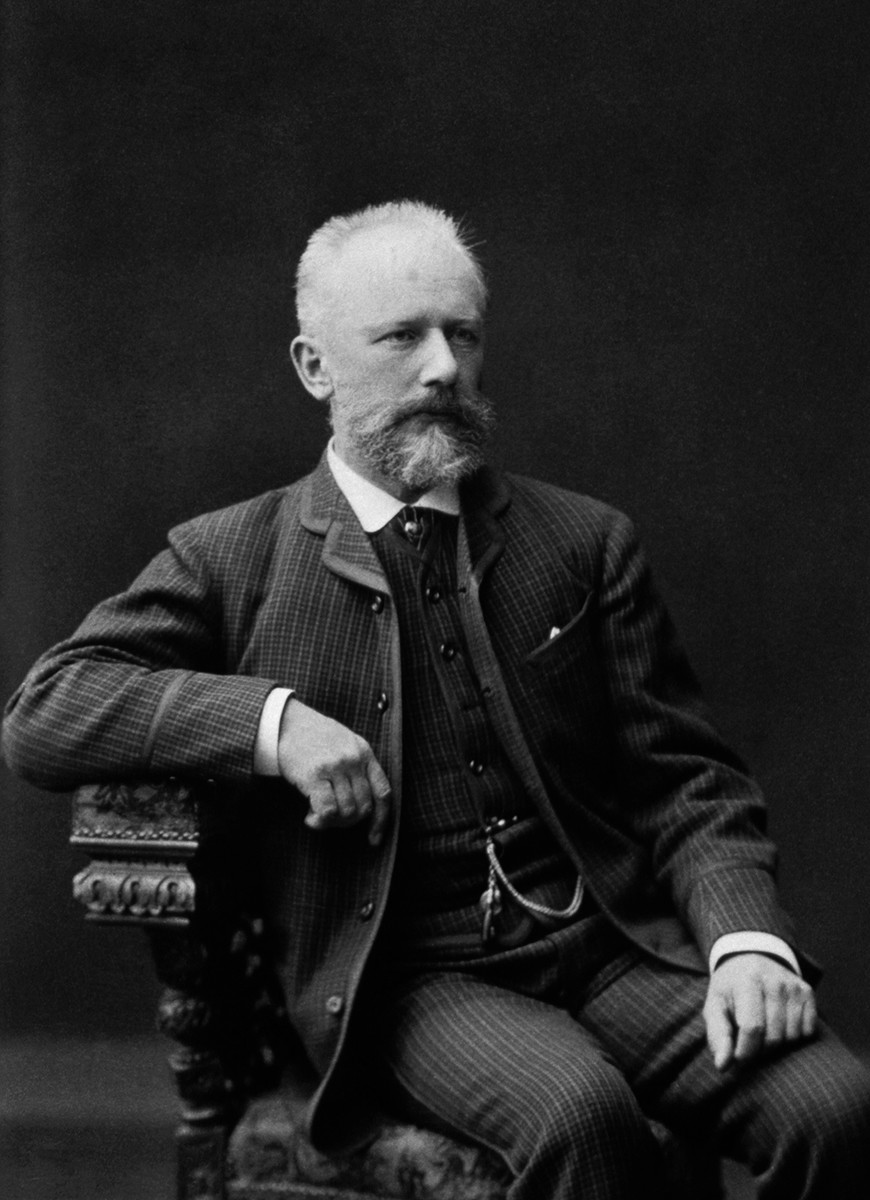 As the most famous Russian classical music composer, Tchaikovsky's style deviated from the accepted rules of Western classical music. His fame eventually transcended the borders of the Russian Empire, reaching Europe, as well as the U.S.

Even people unfamiliar with classical music will recognize his most celebrated works – Swan Lake, and The Nutcracker. The latter is an extremely popular ballet, not to mention an essential symbol of Christmas along with Santa Claus. Written more than a century ago, Tchaikovsky’s works continue to dominate modern ballet productions. 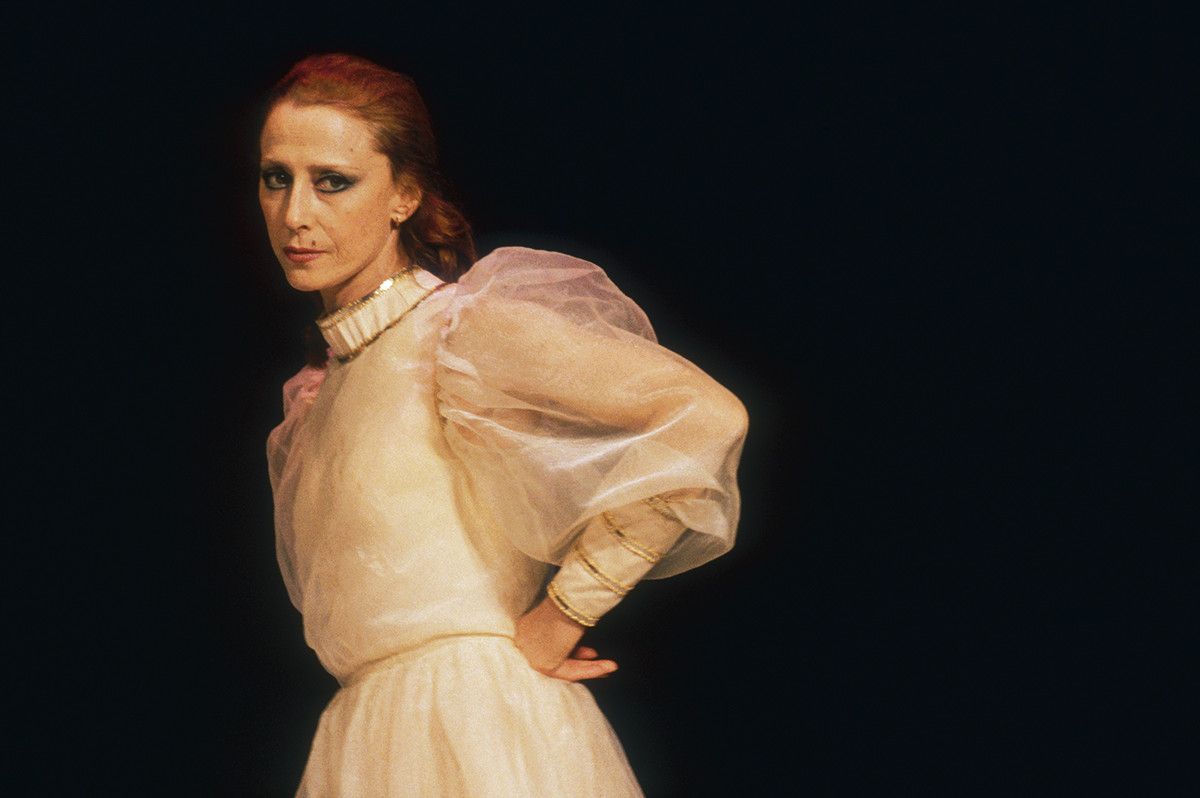 Plisetskaya was an international ballet sensation that might never have happened. Even though a Jewish dancer during a time of strong anti-Semitic sentiment, she quickly won over the Bolshoi audiences, but was banned from its first major international tour because the Soviet government suspected she was prone to defecting. It took the personal intervention of Soviet leader Nikita Khrushchev who vouched for Plisetskaya and issued a decree that allowed her to join the international tour.

Plisetskaya quickly conquered international stages through her extremely successful performances in New York and other major capitals. Upon her return, the Soviet leader reportedly said to her: “Good girl, coming back. Not making me look like a fool. You didn’t let me down.”

Politics aside, Plisetskaya remains a central figure in the history of classical dance and a true Russian star. 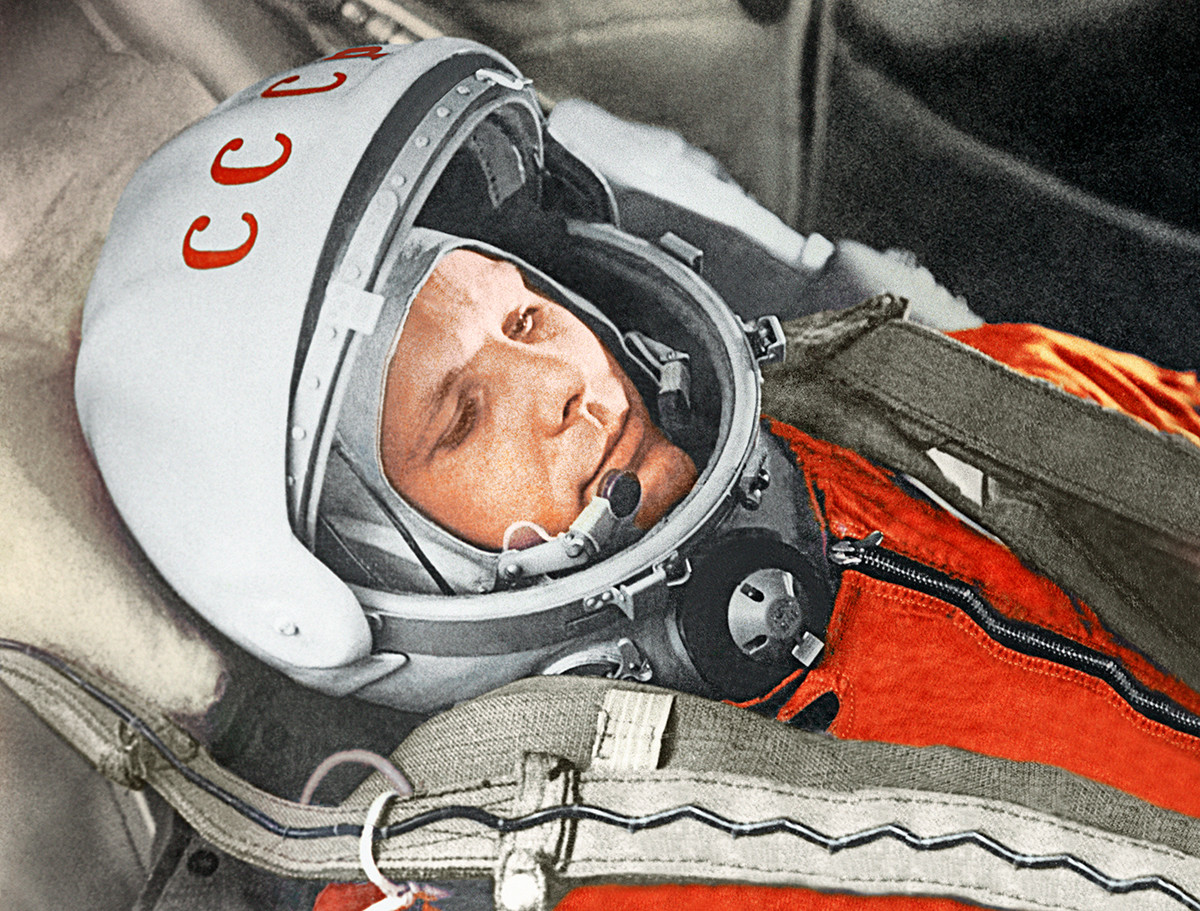 The world-famous picture of a handsome young man in a spacesuit is an everlasting symbol of pioneering space exploration – a monument to human inventiveness and fearlessness.
As the first man to travel to outer space, Gagarin’s fame spread like wildfire, turning him into an international celebrity. Upon his return to Earth, Gagarin went on an international tour as a symbol of Soviet achievements in space exploration. The man was welcomed as a hero in Great Britain, Canada, Germany Brazil, Japan, Egypt and other countries. 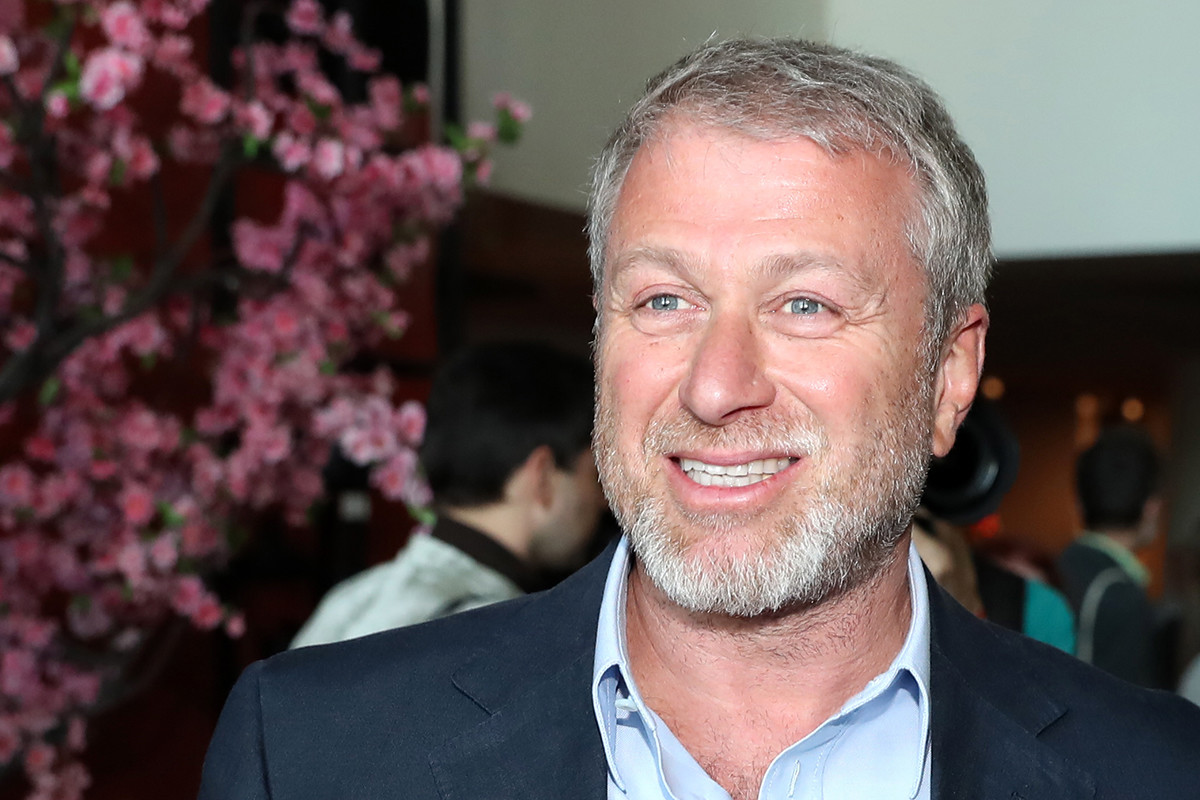 Abramovich is one of the most publicized business tycoons in the world. He boosts his international fame with ever single move, be it buying the Chelsea Football Club, turning three Manhattan townhouses into one single mansion, or docking his massive yacht – equipped with swimming pools and a missile defense system – at various European ports. 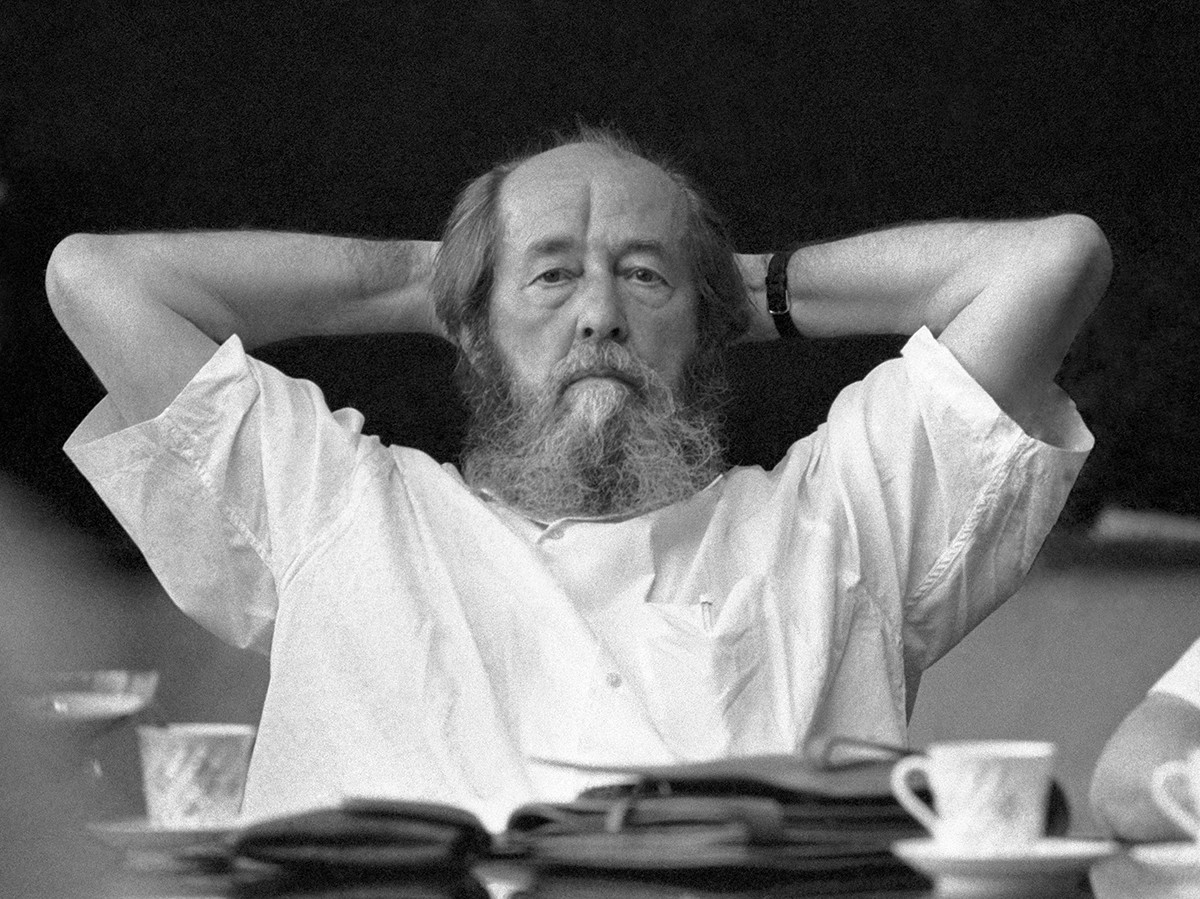 The Gulag Archipelago and One Day in the Life of Ivan Denisovich became modern-day classics that brought their author international acclaim, together with an honorary literary degree from Harvard University.

Solzhenitsyn’s whole life was paved with extraordinary hardships, yet he became a symbol of his epoch. One of the most important Russian novelists, Solzhenitsyn received the Nobel Prize in Literature in 1970. A strong critic of the Soviet system, he could not attend the ceremony because he was afraid that the Soviet government would not let him return to the country. His worst fears materialized in 1974 when he was stripped of his Soviet citizenship and forcefully deported to West Germany. Only then he accepted the prize that had been waiting for him for four years. 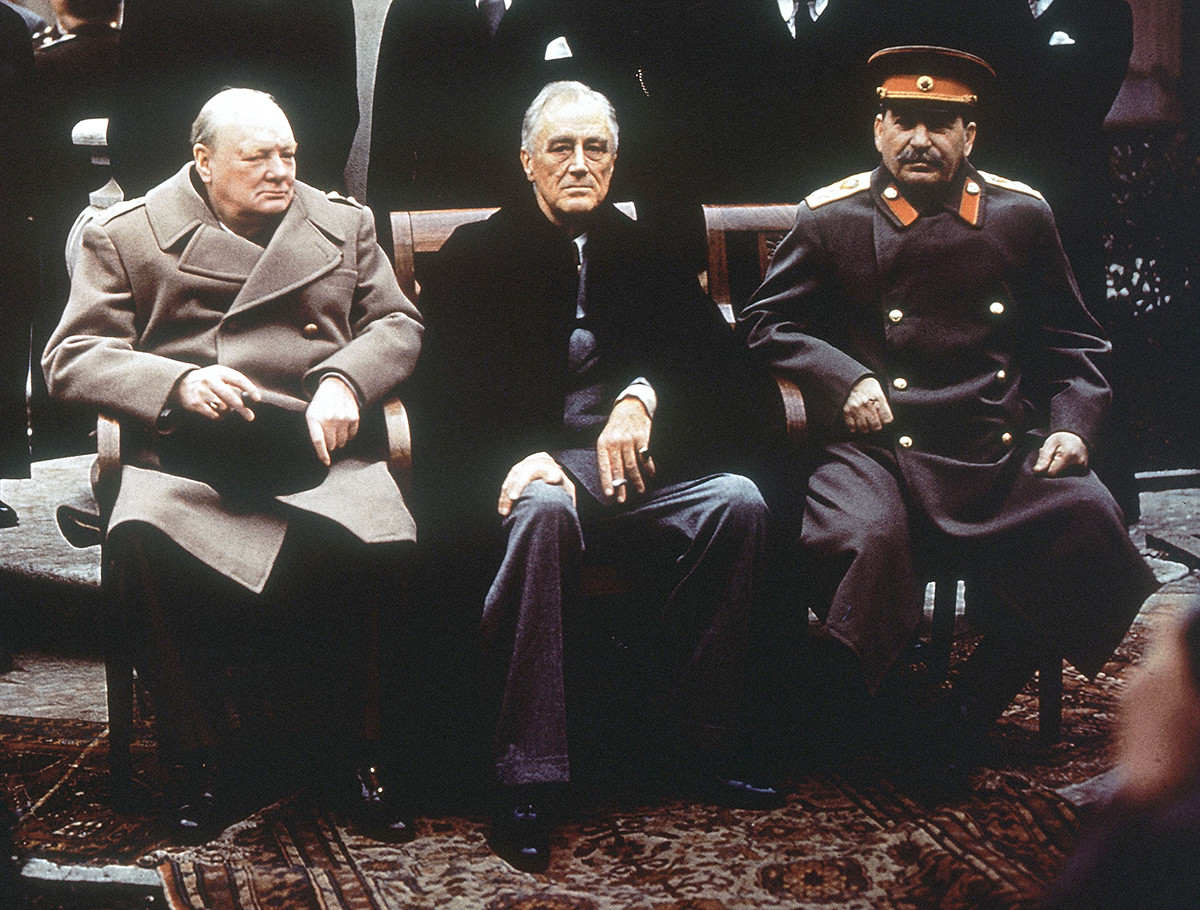 The almighty and bloodthirsty Soviet tyrant ruled the country that liberated Europe from fascism and completely reshaped the international order, altering life for almost every country on the planet. The iconic image of Stalin, Churchill and Roosevelt taken at the Yalta Conference symbolized the role Stalin played in world affairs during and immediately after World War II – a leader unchallenged at home or abroad. However devastating his policies were for millions of people, he still remains one of the most controversial figures in modern Russia. Some vilify him for his crimes while others praise him for his harsh leadership and victory in the war. One thing is for sure, most people in Russia and abroad have a strong opinion about Stalin’s impact on the course of history.

Click here to learn about 10 things that only Russians understand.