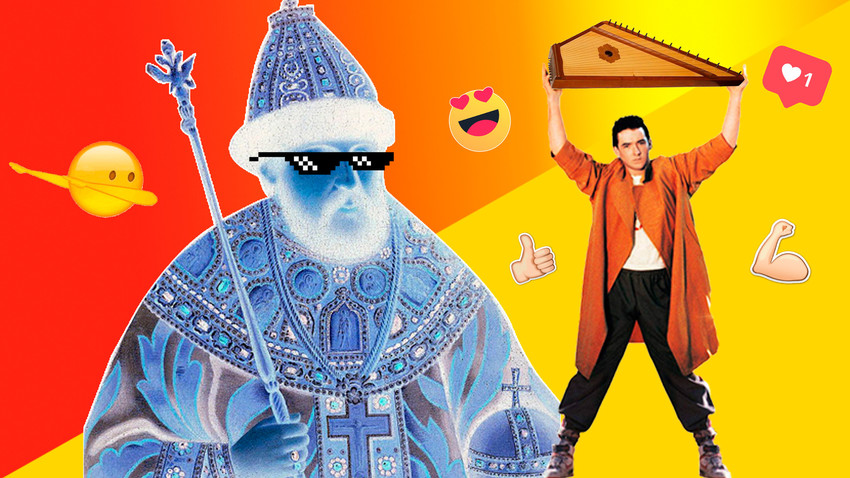 Public Domain, Cameron Crowe/20th Century Fox, 1989
Here are a few things from Russia’s past – musical instruments, clothes, food, everyday items – that could be useful, fashionable, or amusing to use today. Perhaps it’s time to resurrect some Russian history in your life? 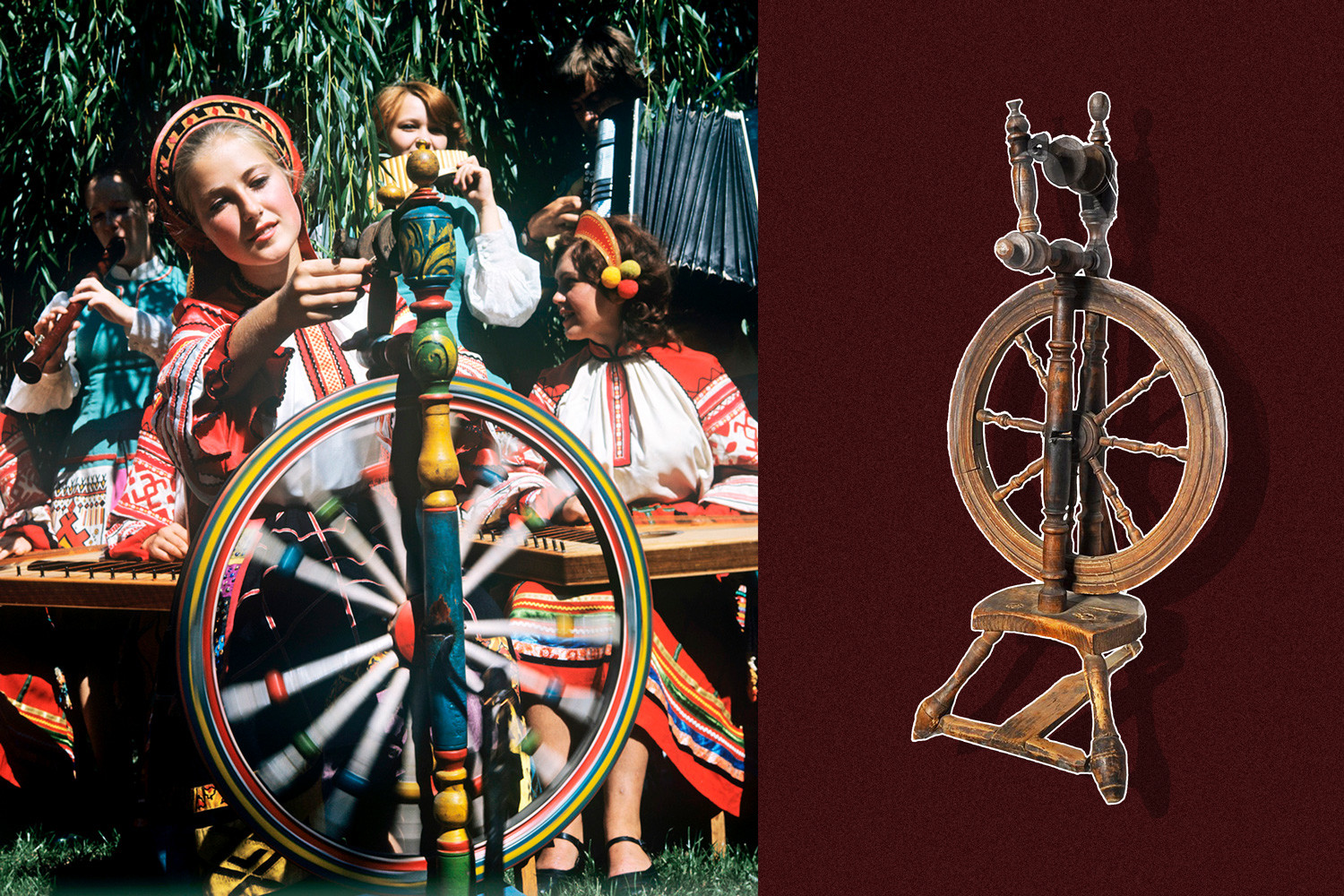 Why use it now: to make something valuable instead of wasting your time on social networks

In Russia, married women were expected to own a spinning wheel, which was a wedding gift from grooms. Spinning linen was one of the central occupations for women, especially during the winter. A spinning wheel also symbolized the connection women had to the ethereal world and their command of the new life (considering that childbirth was the primary function of any woman in traditional society).

Today a spinning wheel would be a fresh alternative to endless Instagram browsing. It’s a good time killer for long winter nights, and it provides the family with eco-friendly and handmade linen. 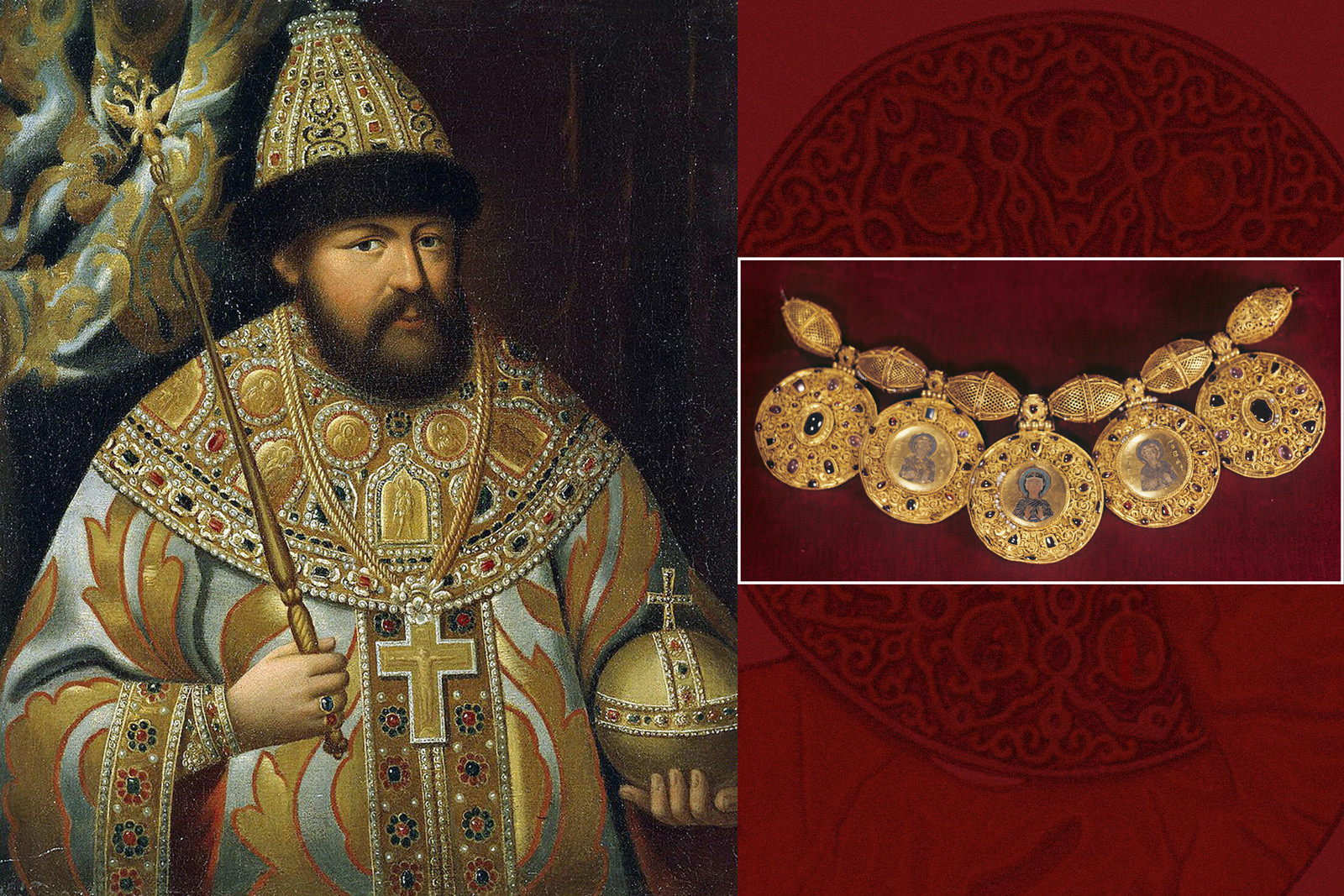 Why use it now: showing off has never been easier

A barma was a type of complicated necklace made of cloth and decorated with gold plates, embroidery, and precious stones. The barma is a version of a , a ceremonial scarf used in formal Byzantine costumes.

Russian barmas date back as far as the 12th century. They were part of the “Great Outfit,” a formal set of super posh clothes worn by Russian tsars during coronations and high-profile official events like meetings with foreign envoys. Barmas were also a part of parade costumes of Russian princes and the higher nobility. They went out of fashion at the beginning of the 18th century along with all old Russian clothes banned by Peter the Great.

A barma was always the easiest way to define the wealth of a person – way better than any crappy idea of social rating. The quality of the cloth, size of stones, and which saints were depicted in the embroidery – all of this helped define the status of the barma-wearer. Also, it provided heat in winter and was a good way of keeping your money safe.

Today, it would be an excellent accessory for rich people. Instead of investing in expensive watches, shoes, and jewelry, you can just squeeze it all into one good barma. 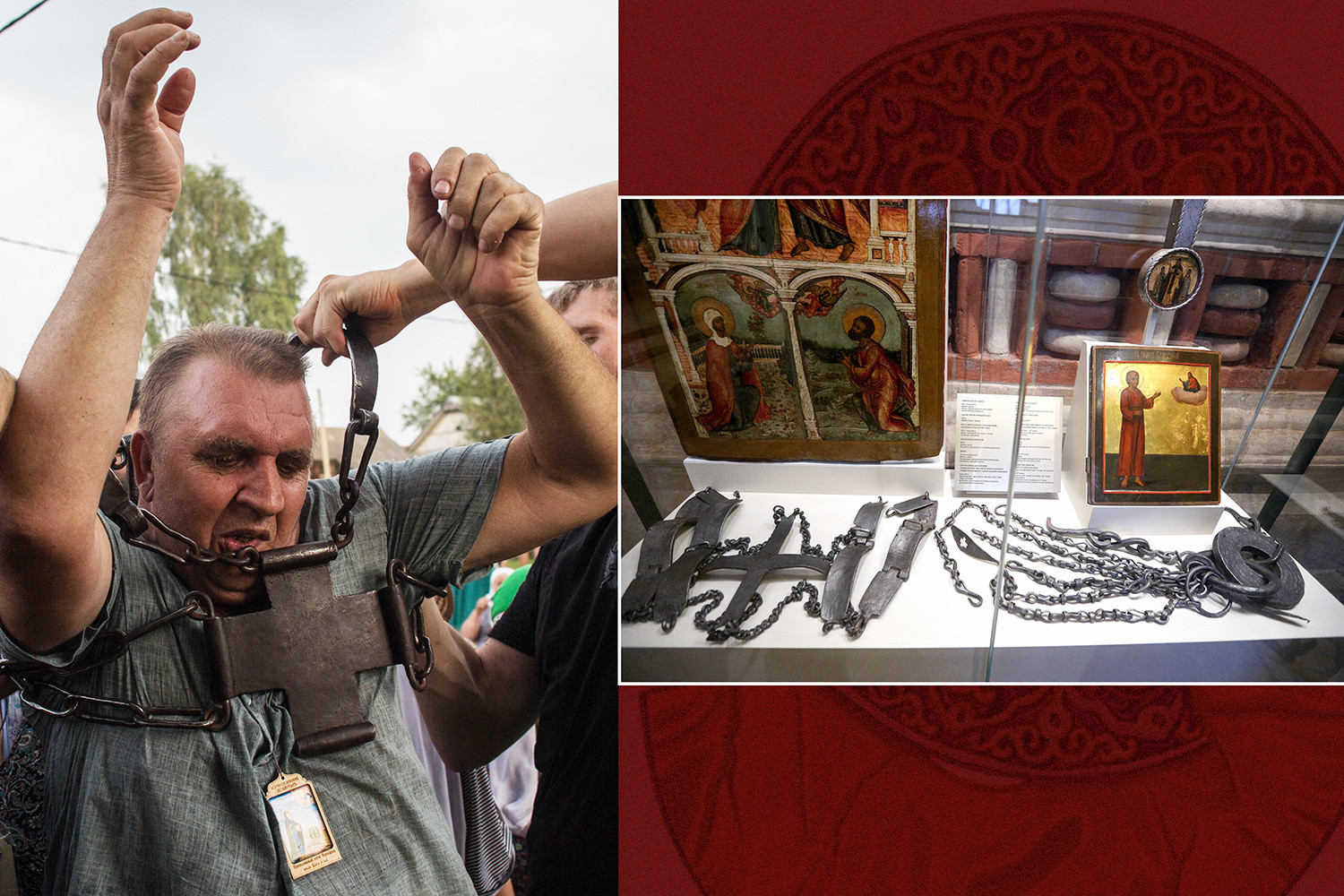 Why use it now: perfect for fitness nerds

Verigi (meaning “chains” in Old Russian) , but different heavy objects that were meant to burden whoever was wearing them to exercise humility.

A set of verigi could include an iron hat, iron shoe soles, icons made of copper or iron – Orthodox ascetics wore them on their bare bodies. A basic set of verigi comprised a heavy metal pendant worn on chains. Its purpose was to calm the sexual desire, drain physical power, and define the status of the person wearing them – only specially ordained monks could wear verigi with permission from the church administration.

Getting fit/staying in shape is very popular today, but few of us have time to regularly visit the gym. But by wearing verigi, you’ll be exercising and using different groups of muscles, depending on whether you walk, sit, or do simple house chores!

You can slowly increase the weight of the verigi – start with simple chains, then add iron soles, an iron hat, and, finally, an icon – but it also can be the portrait of your favorite pop icon! A cast iron image of Weeknd or Bruno Mars would be the highlight of any party.

For people with anxiety, sex addiction, or drug addiction verigi could be a convenient solution – by the end of the day, you’ll be completely exhausted. Also, with verigi, you won’t need to make gym selfies to prove you’re exercising – verigi are visible even under your clothes. 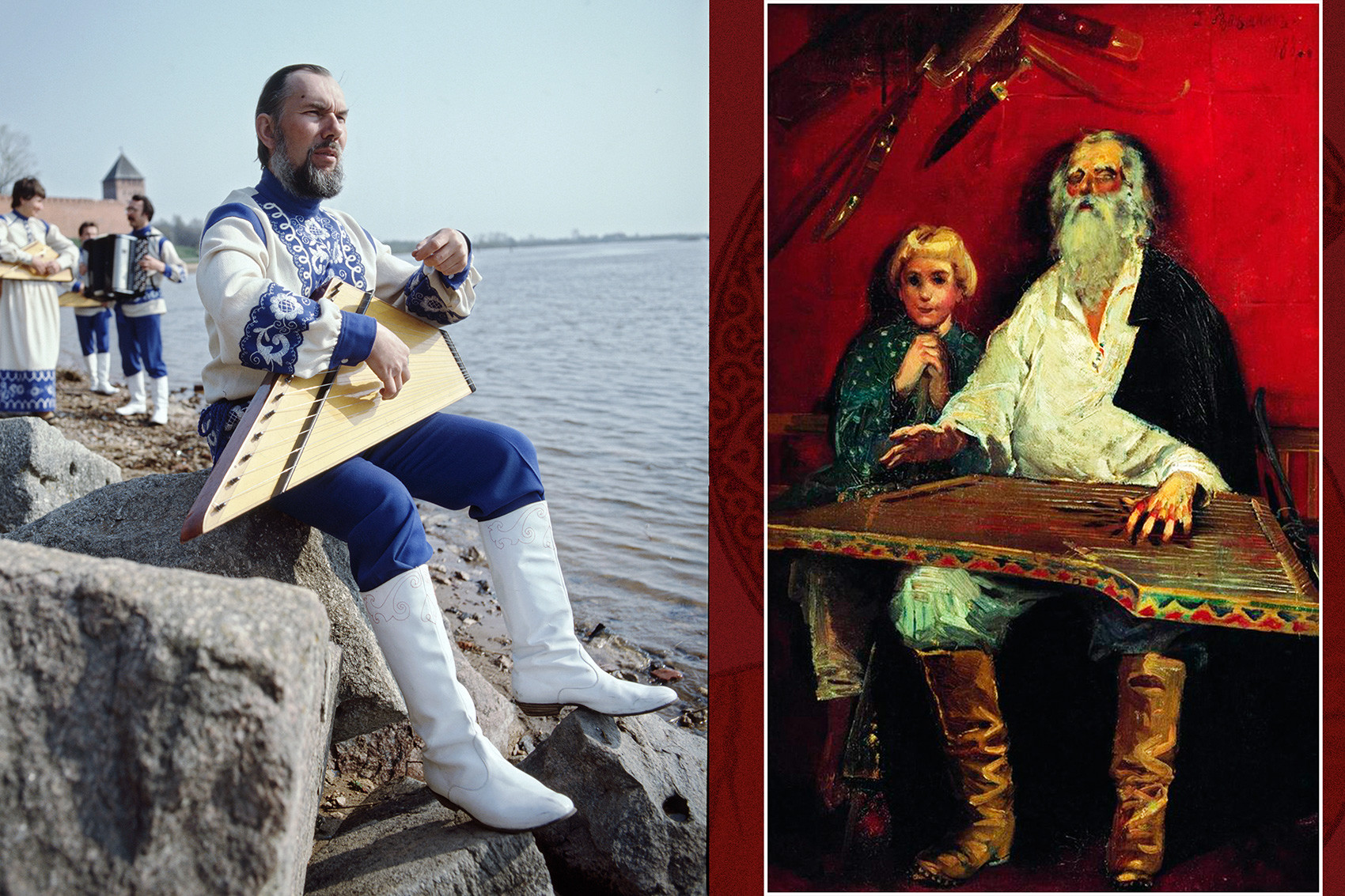 Why use it now: to stand out with a unique looking/sounding instrument amid the throng of boring indie bands

Among the balalaika, accordion, and the like, the gusli is the only indigenous Russian musical instrument, now almost forgotten. It’s a multi-stringed plucked instrument, in fact, a Slavic version of the zither. One contemporary instrument similar to a gusli is the autoharp.

The gusli was banned in Russia during the first centuries of Christianity. It was associated with the culture of skomorokhs, traveling jesters and clowns, who sang “shameful” pagan songs, detested by the church, as they were too jolly and frivolous

desperately need a gusli as a convenient and loud musical instrument. It’s less bulky than the guitar and much easier to play – it has a diatonic scale, so you pluck all the strings you want to. You can easily transpose most contemporary songs to the gusli. Also, the instrument produces a distinctly ethnic, loud, and captivating timbre. Coldplay and Taylor Swift, move over. 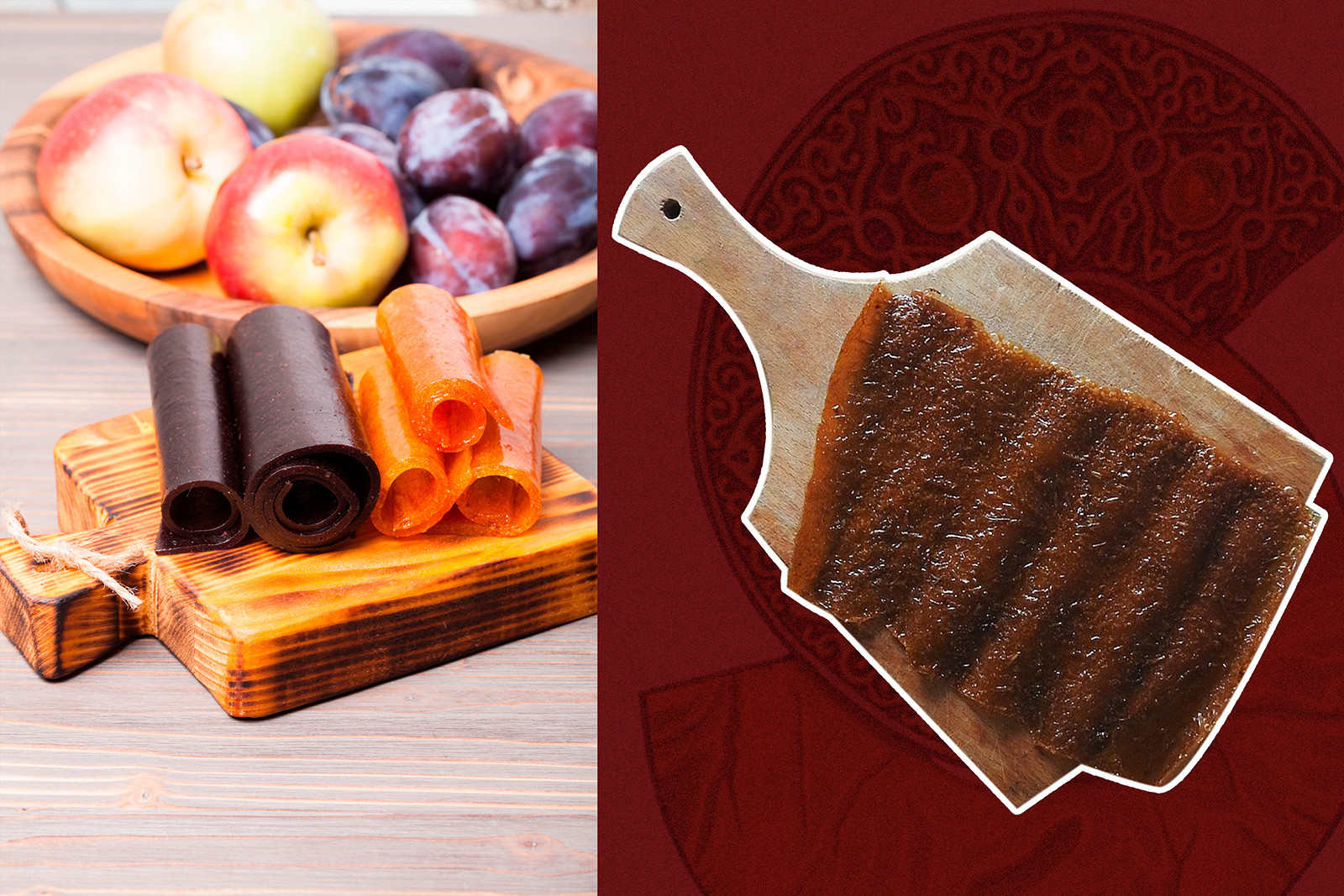 Why it now: your next favorite superfood (now, for real!)

Traditional Russian fruit confectionary, pastila, is made of sour apples, honey, and molasses. This ancient delicacy has been known in Russian lands as early as in the 14th century. It’s an all-Russian sweet. To make it, apples should be stewed in an oven, softened, and then laid on planks to dry under the sun. They should then be rolled into thin strips.

Every year, Russian country and suburban gardens are bursting with apples, and given that cider has never been too in the country, people make pastila instead. It has numerous benefits: pastila is easy to store, it doesn’t go rotten, and it’s light. It’s eco-friendly and low-calorie, so it has all the requirements for a healthy superfood.

Pastila can be prepared using egg whites, but for vegetarians, non-egg pastila is also available. During Soviet times, pastila was only made in its white form, was overly sweet, and consisted mainly of processed sugar. Luckily, today the old Russian tradition of pastila-making has been renewed and the sweet regained its fame on the Russian market. Pastila is now a trademark in Kolomna, a town 100 km from Moscow.