Soviet retro: 6 things Made in the USSR that Russians still frequently use

Lifestyle
Anna Rzhevkina
When the Soviet Union collapsed many communist era consumer goods went the way of the dodo. Kitchen gadgets, children’s toys and prized beauty products became a mere nostalgic memory. Other goods, however, were so popular that they continued to be produced, and Russians still use them today. 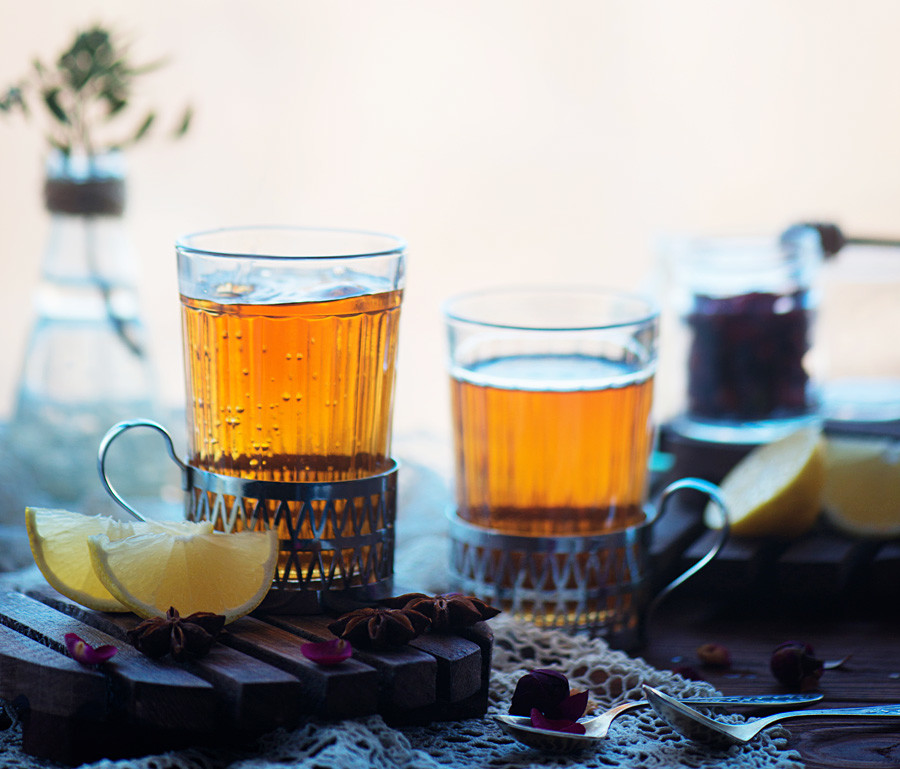 This way of serving tea in long-distance trains usually fascinates foreign tourists. The train attendant brings you tea in a glass supported by a metallic cup holder that’s called  in Russian.

Podstakannik protects the glass from breaking, as well as the drinker from burning his hands. The first such cup holders appeared before 1917, but they became especially popular in Soviet times and were used by the government for propaganda purposes.

Skilled craftsmen engraved a variety of subjects on a , and there were special editions dedicated to Vladimir Lenin’s birthday, Soviet cities and Communist Party congresses.

Today, a  might bear the name of a train, for example, the famous Red Arrow that connects Moscow and St. Petersburg, as well as the logo of Russian Railways, city symbols, images of famous sites, and even corporate logos in order to be used as business gifts. 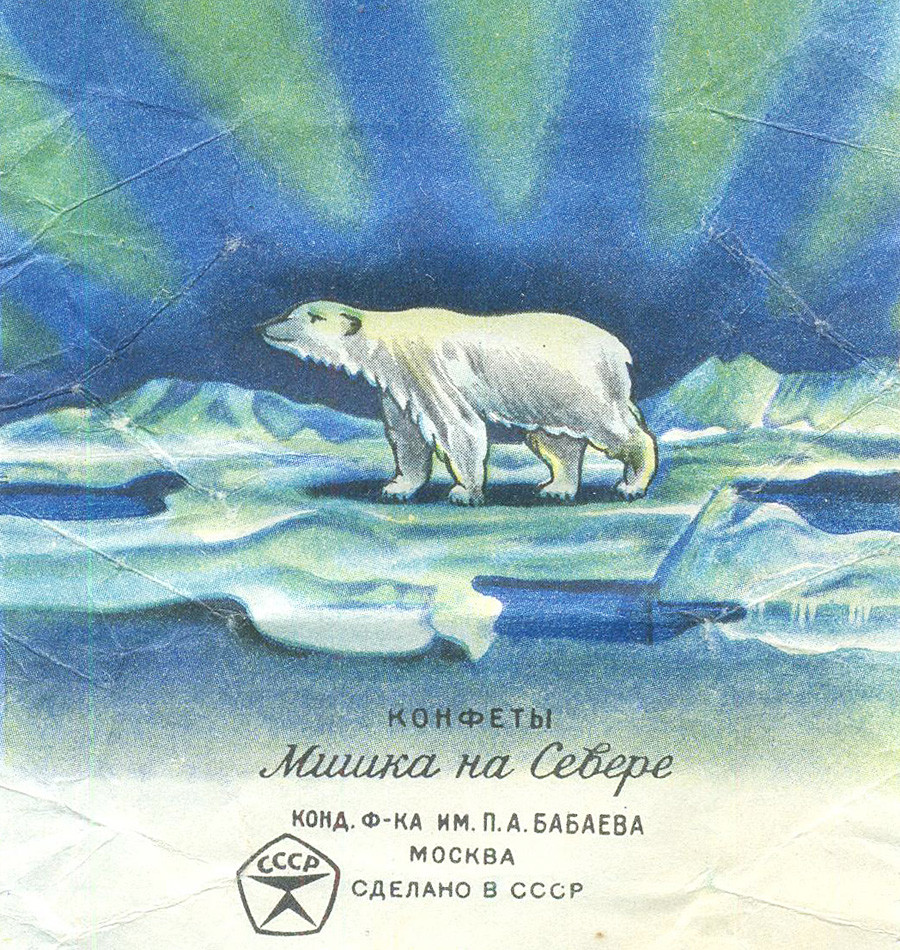 1939, the Krupskaya Confectionery Factory in Leningrad (today St. Petersburg) began producing the nut-filled chocolate candies, “Mishka severe” (Bear in the North). During the Siege of the factory substituted some ingredients but didn’t stop production.

The famous image of the white bear on the wrapper was designed by artist Tatyana Lukyanova and was used until 2010. Then, a new image of the bear was unveiled, but many Russians didn’t like it. Thus, today the candies are available in both old and new wrappers so that consumers can choose. 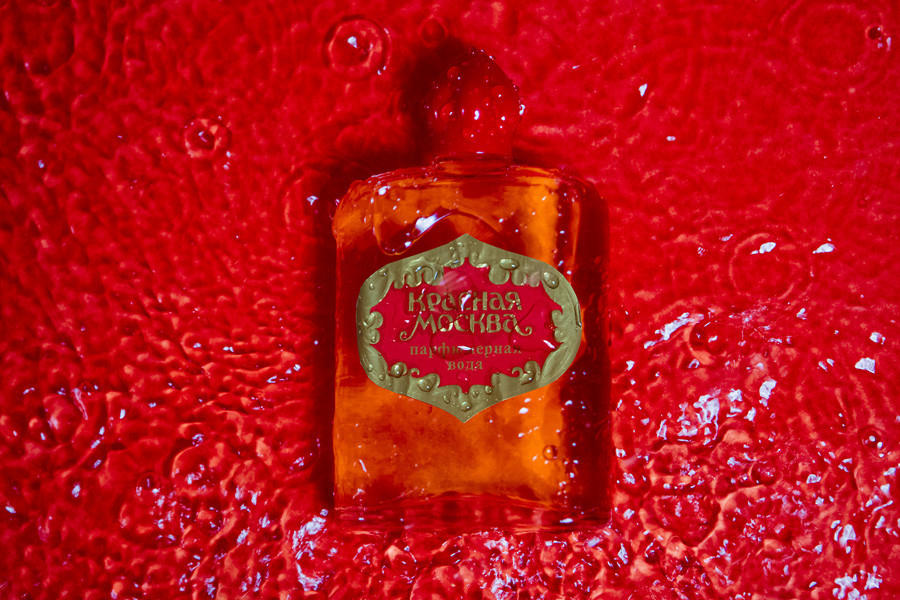 to legend, this perfume was first created for Empress Maria Fedorovna, mother of Nicholas II. In Soviet times, Krasnaya Moskva (Red Moscow) became a highly sought-after perfume that was used on special occasions.

“Elegance” is the word women once used to describe this strong floral fragrance. Some still say the fragrance is rich and splendid, even though now it’s affordable for every woman. On average, Krasnaya Moskva today costs around 500 rubles (about 7 euros).

Many young ladies today consider the smell too old-fashioned and sharp, but some buy it out of curiosity or nostalgia rather than for regular use. 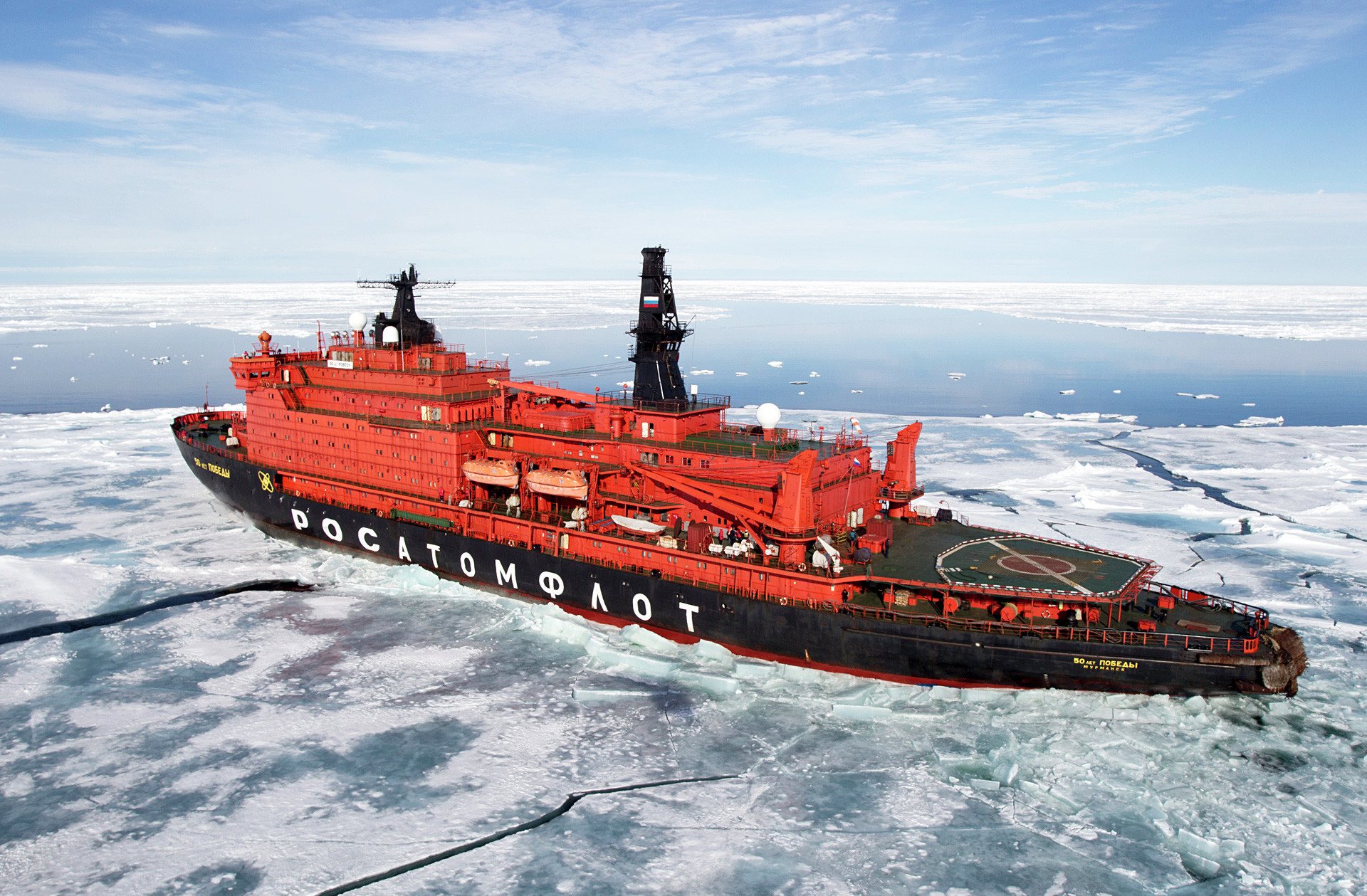 The USSR was the only country in the world that built a fleet of nuclear-powered icebreakers. The first such ship,Lenin, was launched at the end of the 1950s, and it was the first-ever civilian ship fueled by nuclear power. Lenin was designed for Arctic expeditions and sailed more than 82,000 nautical miles during its 30-year lifetime.

Other famous icebreakers include The USSR, Russia, Sibir, Yamal, and 50 Years of Victory. The latter has long been the largest icebreaker in the world, and it still sails the Arctic. Guiding commercial convoys is the key task of 50 Years of Victory, but several times a year it guides cruise trips. Guests on these boats have access to a restaurant, swimming pool, sauna and even a library. The adventure is pricey, however, costing about $24,000 per person.

Most Soviet-era icebreakers have come to the end of their term, but some years ago the Russian government invested in new ones. The icebreaker, Arktika, currently the biggest, was launched in 2016, but final delivery is expected only in 2019. 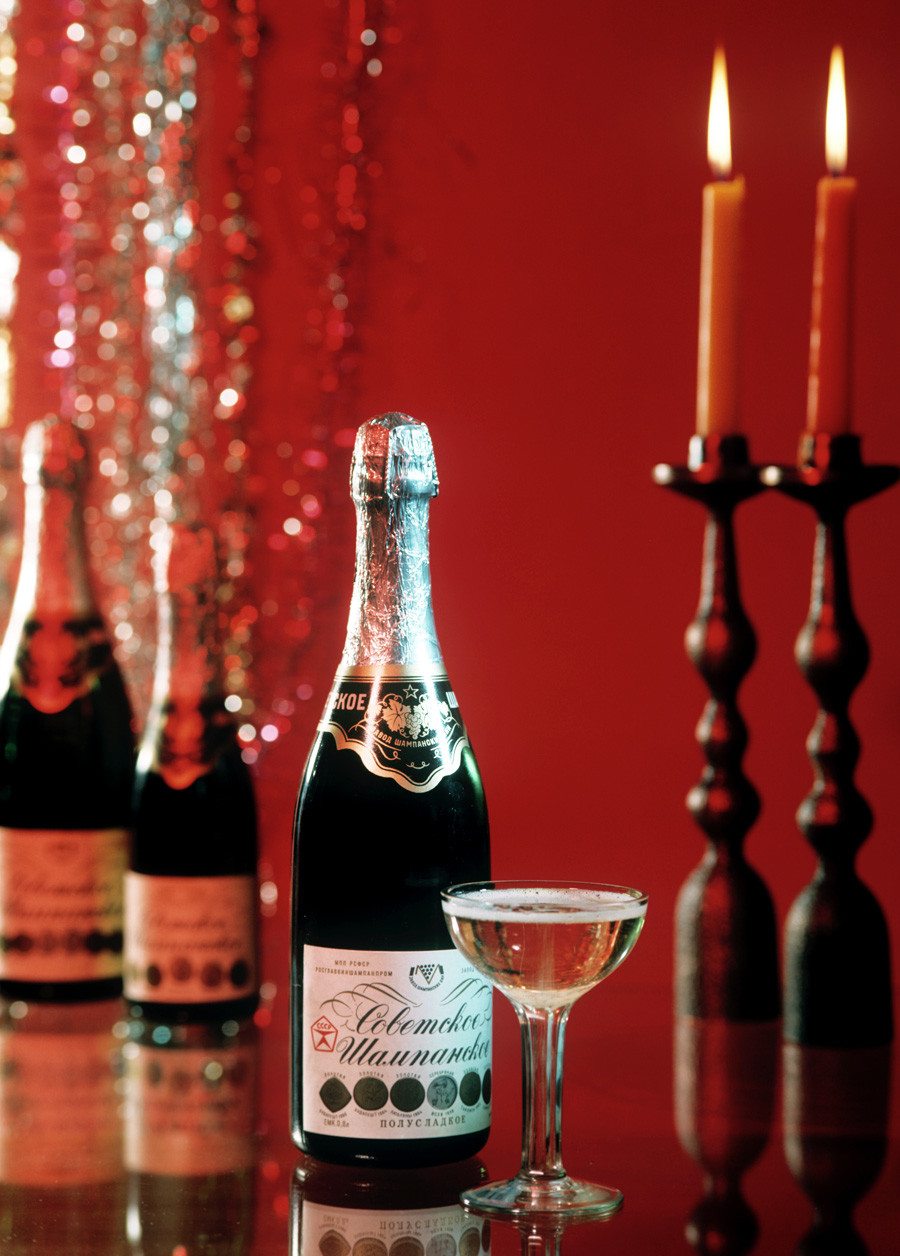 behind the creation of Soviet Sparkling Wine was to make quality alcohol available to average Soviet citizens. The traditional way of producing sparkling wine through long fermentation in a bottle was too expensive. Therefore, the USSR created its own method and switched to fermentation in special tanks. This made the production process much shorter and lowered costs. Soviet Sparkling Wine quickly became popular, not to mention an essential feature during New Year celebrations, weddings other special occasions.

Despite the collapse of the USSR, has kept its strong appeal in Russia and is now exported. The drink’s official name is Sovetskoye Shampanskoye, (Soviet Champagne), while the export version is called Soviet Sparkling Wine. Russia has argued with France for years over the right to leave the word “champagne” written in Cyrillic on the bottles, but a conclusive agreement has not been reached. 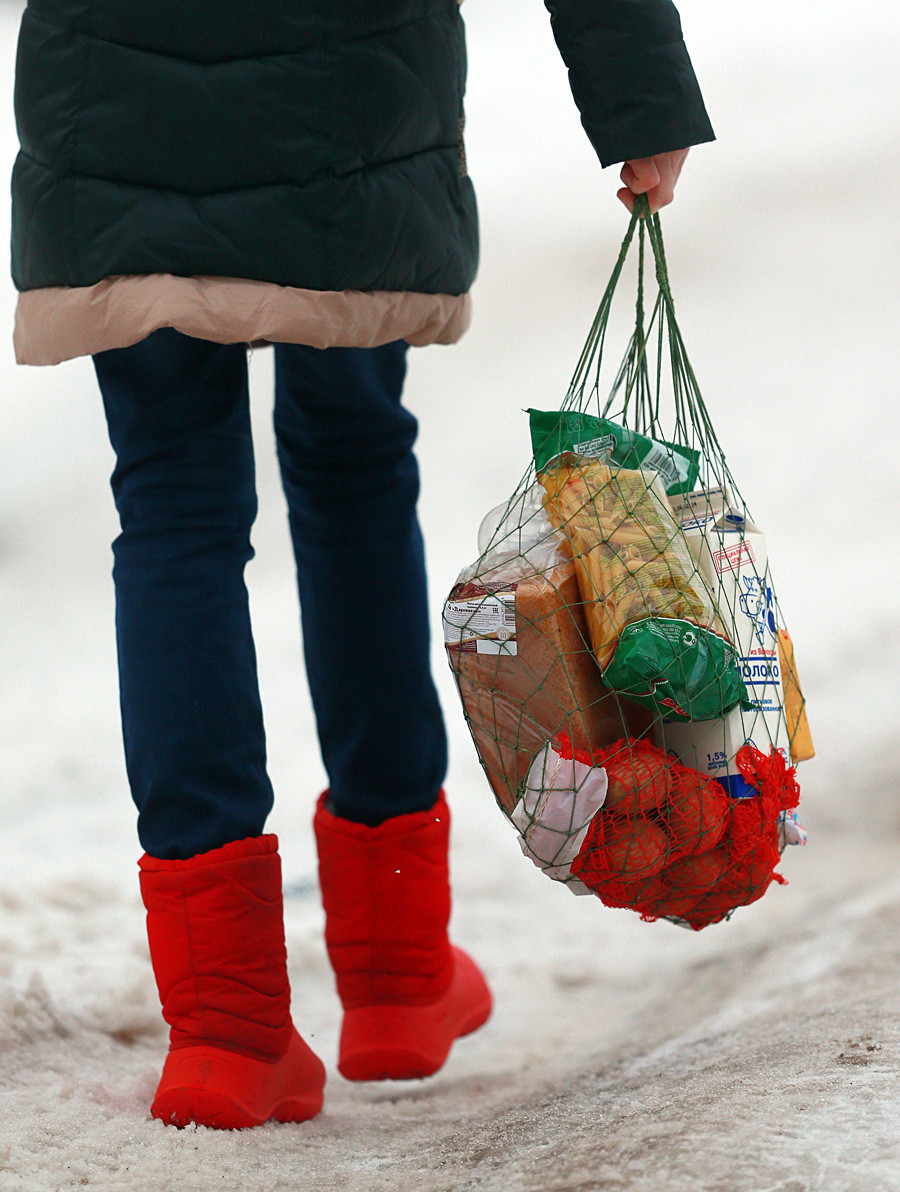 The Russian word for string bag, , could be literally translated as “perhaps-bag.” The word avos  a slender hope for luck, and in the USSR, where there was a shortage of most goods, the name made perfect sense. The bag looks like a net, and whatever is inside is visible to all others. This didn’t bother Soviet people, however, because they were used to a lack of privacy.

When plastic bags became available in the 1990s  lost its popularity, but it still can be seen on the streets from time to time. At least it’s more environmentally friendly, and in that it was far ahead of its time.