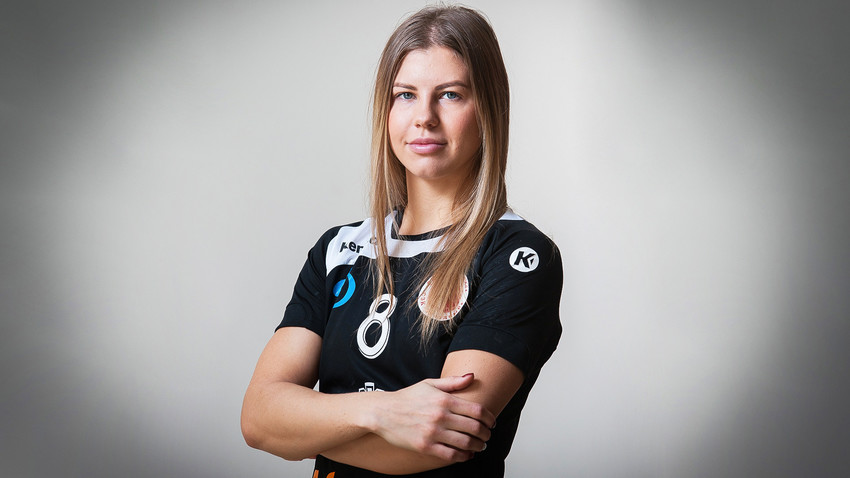 1. Meet Darya Samokhina, 26, one of the best handball players in Russia. She plays for HC Astrakhanochka and the Russian national team.

2. Samokhina has played handball since she was 10. Now she’s a “master of sports of international class.”

3. Darya is one of the best players in Russia. In 2017 she was the top scorer of the Russian national team.

5. Now Samokhina plays for HC Astrakhanochka and lives between her homeland and Astrakhan (1,300 km south of Moscow).

6. As the athlete says on her Instagram, the frosty weather in Tolyatti is a little different to the heat of Astrakhan.

7. Darya is married and has a four-year-old son.

8. She is also the happy owner of the two Spitz dogs: Maffin and Shmel, who sometimes accompany her on her travels.

9. On her Instagram, Darya publishes photo reports of the team’s training and tournaments.

10o you need another other reason to start following women’s handball?