How Russians changed my life: Gerry from Germany 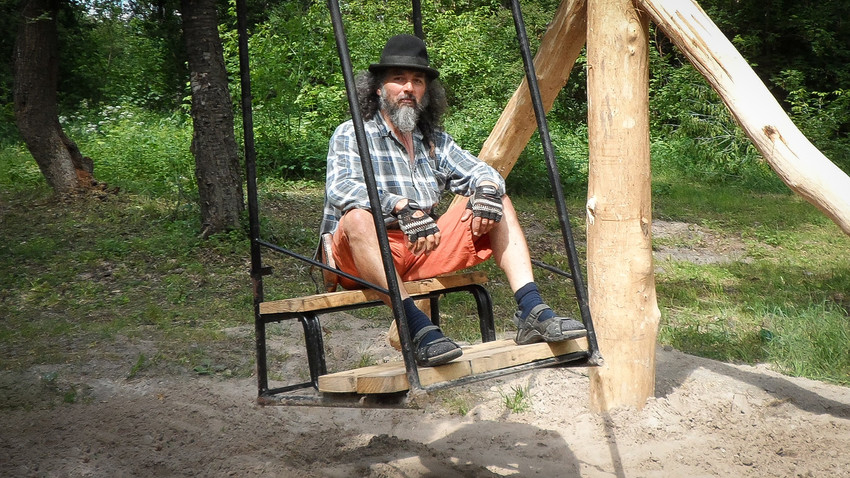 Personal archive
At the age of 50, Gerry cycled (that's right) from Germany to Vladivostok. Inspired by Dostoevsky, he yearned to study the Russian soul and see the vast Russian expanses in the flesh. It was his first trip to Russia. Three years later, he moved to Siberia and is now unable to imagine life in another country.

My journey started in Germany in 2013, and ended in Japan. I remember wondering what mode of transport would be best to view Russia through the eyes of a local - car or bike. I opted for the latter, because spare parts are cheaper and my intention was to travel light. 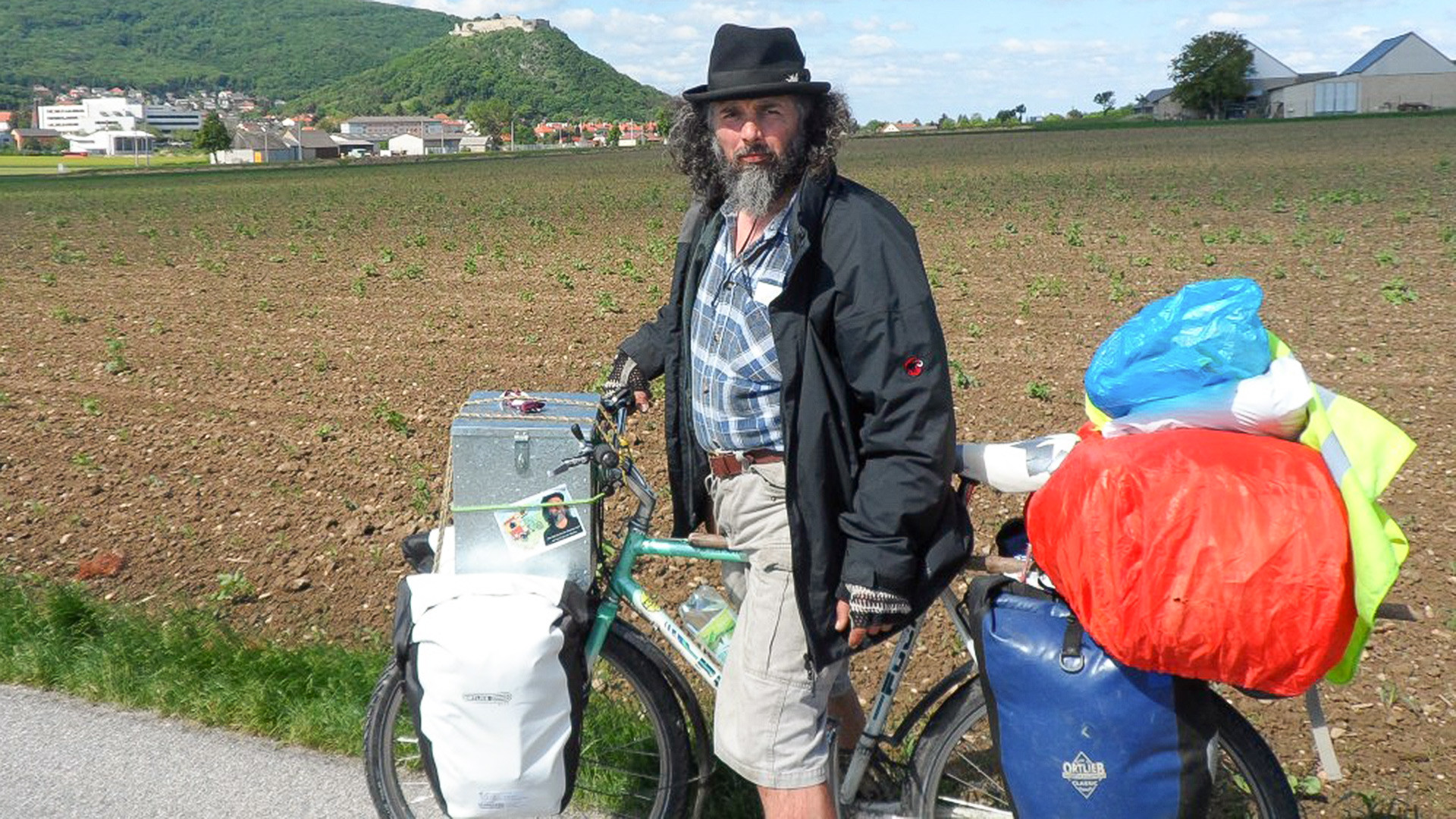 Many people ask: Why Russia? After reading Dostoevsky in my youth, I’d always felt this need to visit his homeland, study the phenomenon of the Russian soul, and gaze upon the wide open landscapes. Even then I was probably unconsciously looking for a place to “settle down” far from noisy cities.

So that friends didn’t worry about me, I created a blog where I posted my thoughts and photos of people I’d met along the way. I even became something of a local celebrity: several media outlets wrote about my trip and called me a “romantic from Germany.” I was even interviewed by a local TV team in Kemerovo. It’s funny that even after crossing vast distances, people recognize me. A hotel manager in Minusink even said: “Ah, I saw you on TV!” 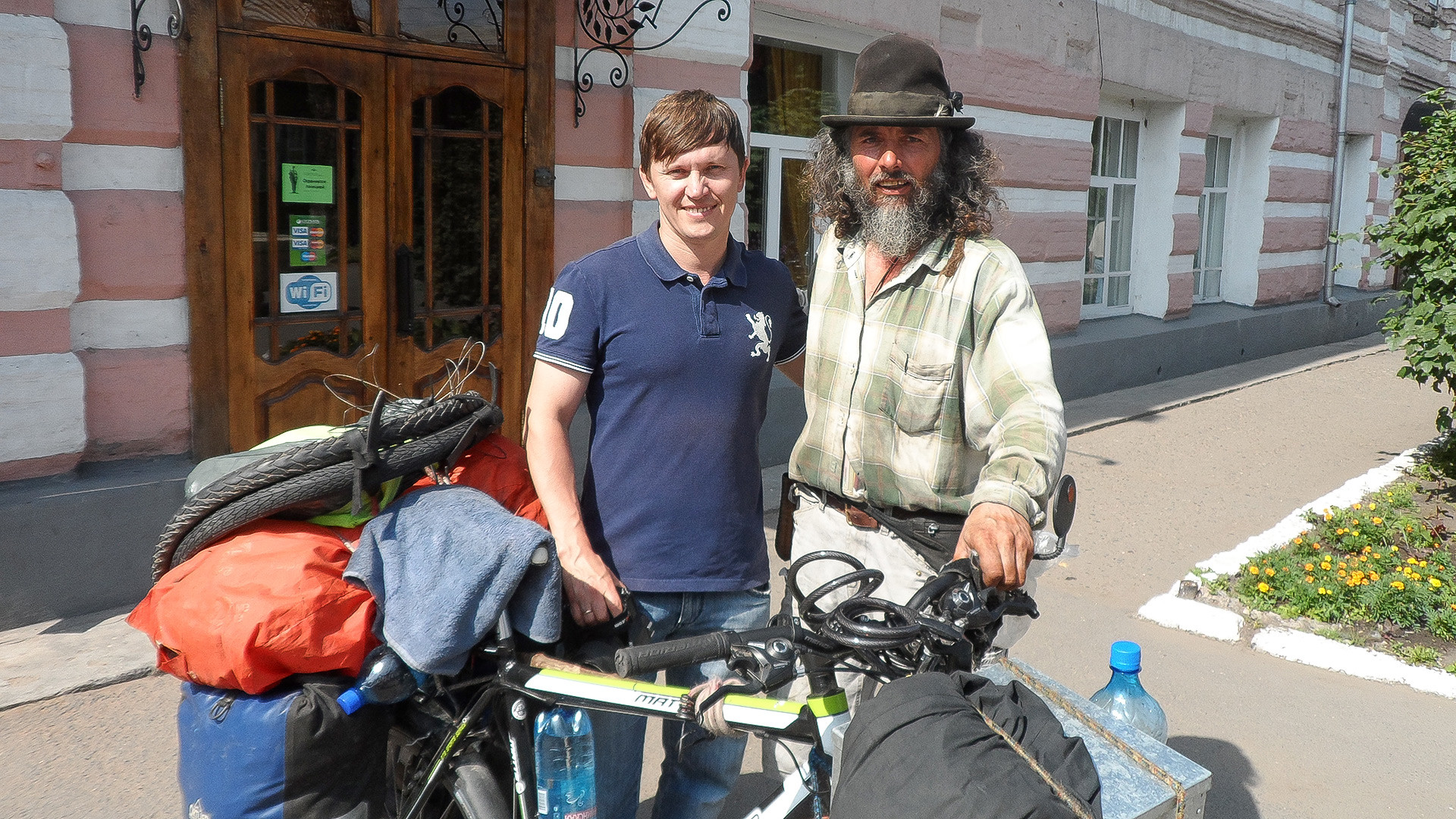 On the way I met so many people all eager to help out with repairing my bike and putting me up for the night. Once I couldn’t find a spare part in a local store, and the seller went with me round four (!) repair centers to help get the right one.

From the border with Ukraine, it took me less than 50 days to get to Vladivostok, and then on to Japan. But later I decided to return to the Siberian village of Petropavlovka in Krasnoyarsk Territory. I’d visited many European countries, but came to realize that I really love winter and cold weather. I’m a carpenter by trade, and put that to good use. I joined the local community led by Vissarion and helped them build houses. I don’t consider myself religious, but I like the atmosphere of mutual assistance.

I’m Austrian by birth, and Russians are similar to us. We’re laid back and laconic, and avoid fuss if we can. When I step outside my house in Petropavlovka, I see pure white snow and feel the fresh, frosty air. Just like in Austria!

Do you know why I chose this place? It’s an island of calm: 50 km all around there’s nothing but taiga forest. When I look out the window, there are no pipes or buildings to distract me. There are migrants who say they don’t love their country and will never go back. There’s nothing Austrian or German I miss here. But I’m convinced that a person can live a happy life anywhere. 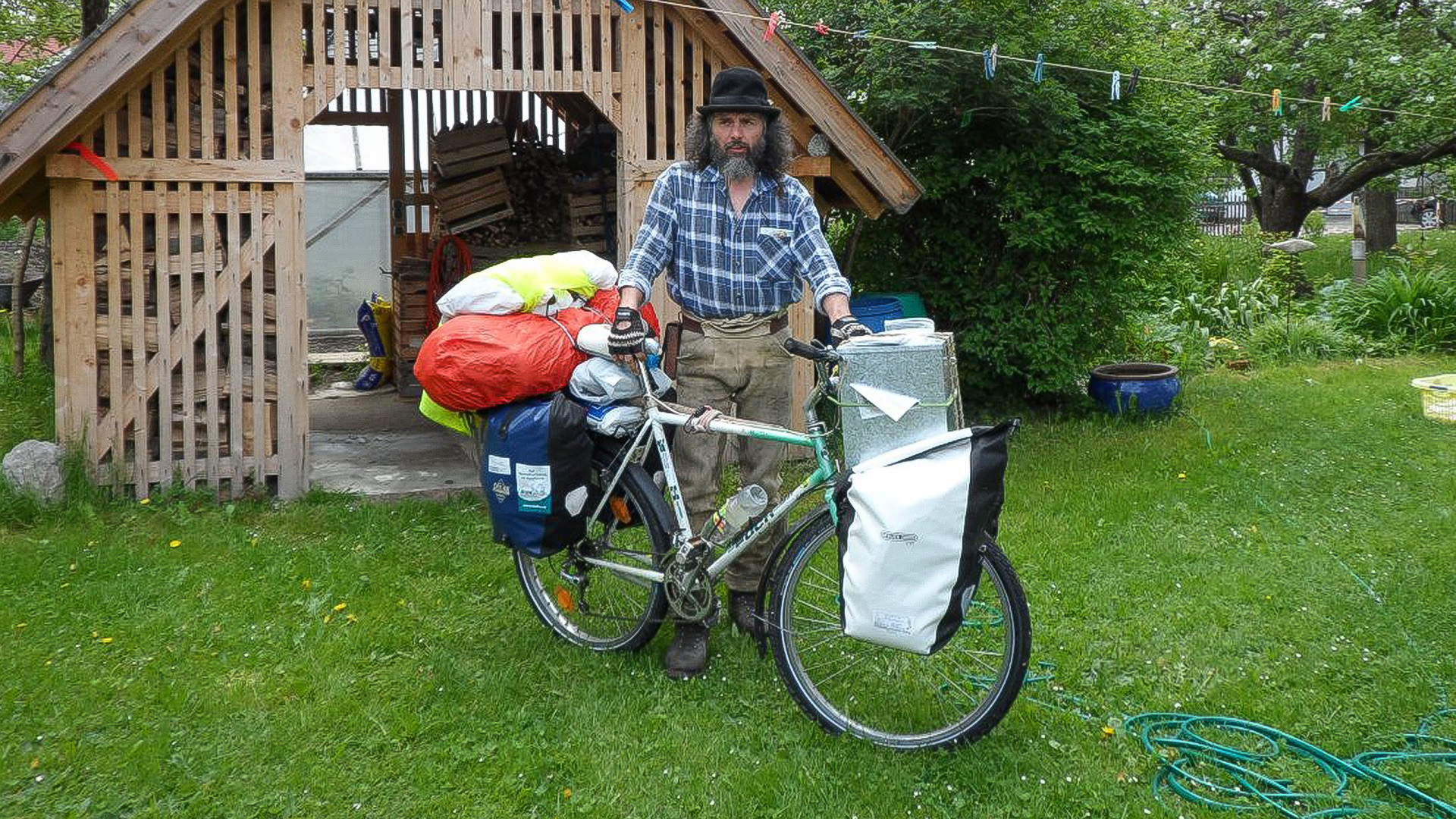 When I was six, I saw a gypsy for the first time. That might have been the point of no return when I decided I had to travel the world. As a constant wanderer, you start to appreciate what you didn’t notice before. But then one day a place gets under your skin, and you feel like you have to stay a bit longer.

Germany is known for its structured, even regimented way of life. They say it cuts down on stress. But for me, having a strict schedule causes stress! You’re always rushing to get things done. In the village, I can work whenever I want. I don’t need to be in the office at 9am, pushing my way through subway crowds or traffic jams. Instead, I can light the stove and read a book to suit my mood.

Russians and Germans build houses in totally different ways. Sometimes it seems like the process is more important than the result. Russians don’t start off with a clear plan and are never fully in control: the construction takes on a life of its own. The time to think about stage two is when stage one is finished, not before. 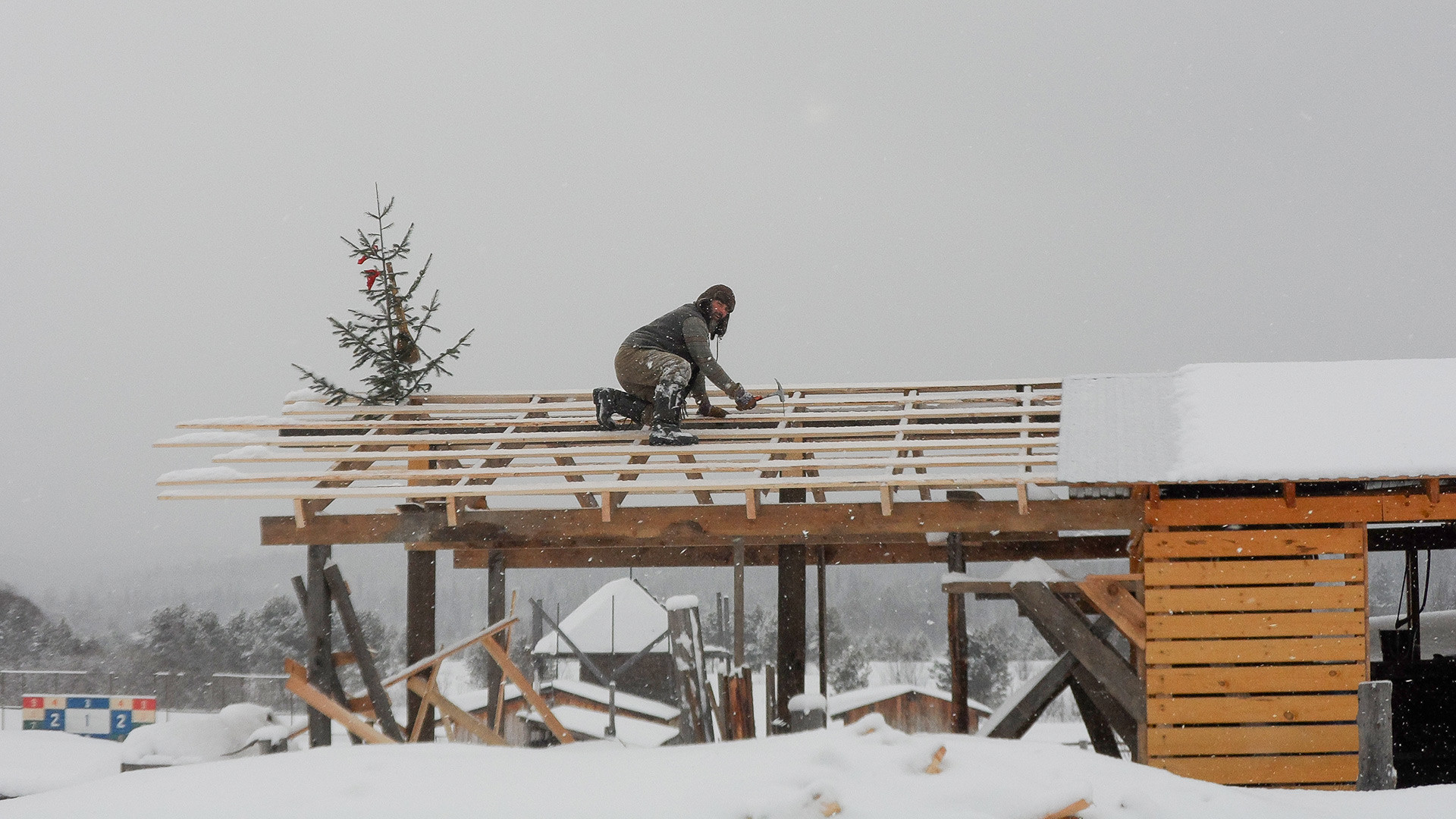 For example, when a school was being built in one of the neighboring villages, the workers didn’t stop even for winter and continued tiling the roof even in the freezing cold. In Germany, that would be unthinkable! And what do you think happened after? The roof leaked! But now, having lived in Russia for three years, I’m more relaxed when it comes to difficulties, deadlines, and work itself. You should enjoy what you do, that’s more the Russian style.

Russia has a different concept of time and space—probably due to its size. In Russia, people whose job it is to help often don't. Once I ordered building materials in a store (they weren’t in stock). I agreed with the saleswoman that I’d pick them up in two weeks. And what happened? I came and she’d clean forgotten about it, as if the order didn’t exist!

But at the same time, complete strangers are always helping me out. During my first trip, I met Ivan—it was him who helped me get settled in Petropavlovka. He teaches English at a local school here and enjoys carpentry too. He also speaks German, a real polyglot.

How to talk to Russians

I’ve been in Russia for three years now, and have finally adopted a systematic approach to learning the language. I live in an international community, but often work on construction projects with Russians and realize I need to speak their language better to be understood. 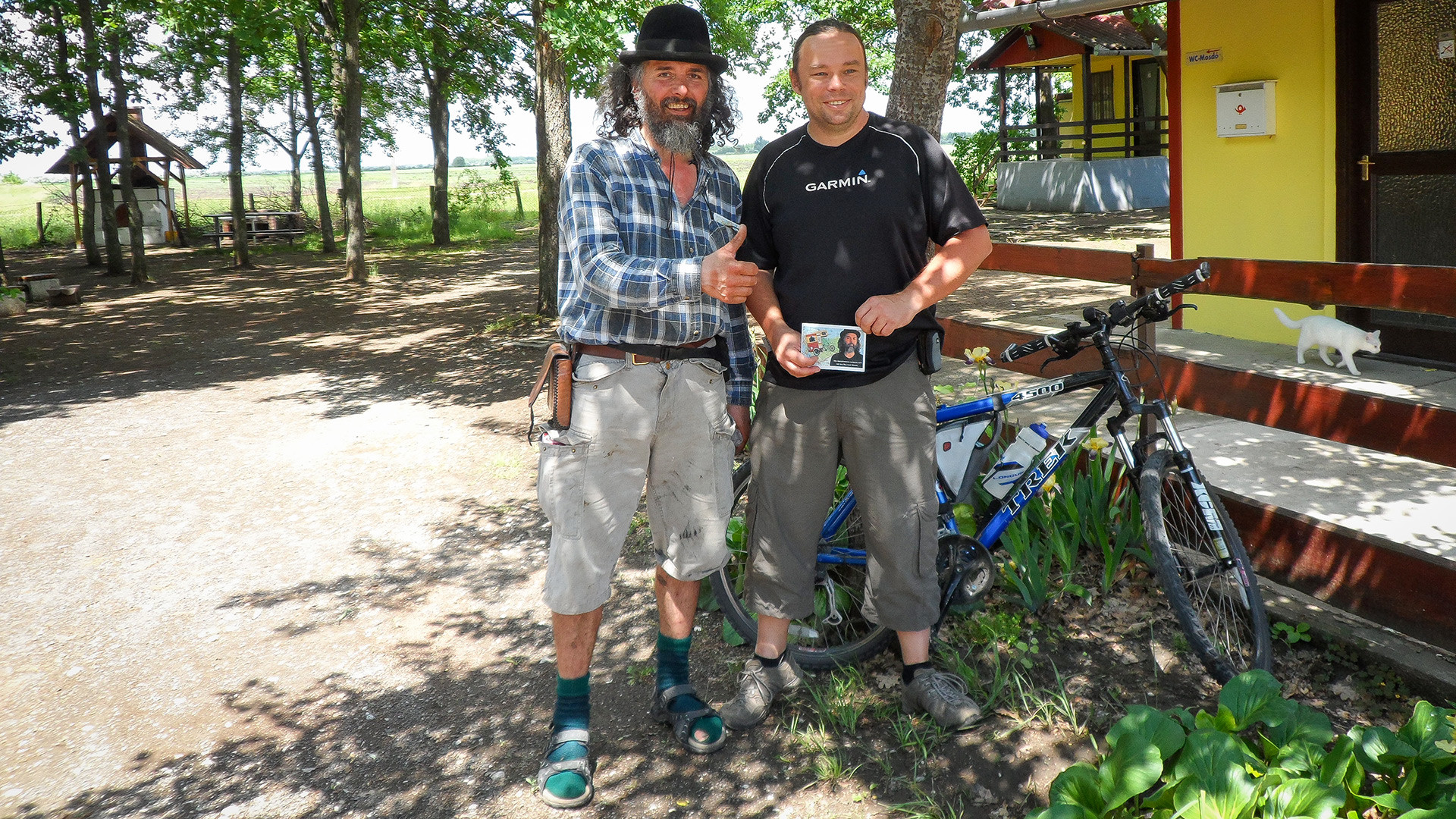 Here I’ve learned to be less critical of errors. You have to treat Russians differently. My Russian teacher and Russian friends drilled that into me. I’m very emotional when it comes to work. If my colleagues failed in my absent, I used to get really angry. But you can’t do that with Russians. It only makes things worse and offends the guy who’s helping you. It’s better to say: “It’s my fault, I should have explained it better. We all make mistakes.” And then show how to do it.

As told to Daria Aminova

READ MORE: Seafaring Muscovite family of 4 have no desire to set foot on land