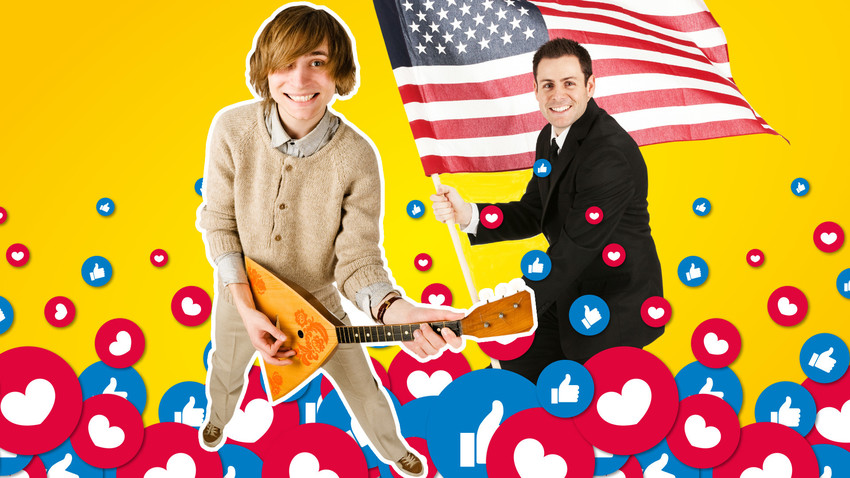 Legion Media, Getty Images, Freepik
We’ve recently had a text exploring historical reasons behind the difficulties in Russian-American friendship, leading to a flurry of heated comments from our US readers sharing their own views on this difficult topic. And not all are what you’d expect.

Judging by the hundreds of Facebook comments received on the article, it's our governments and media that are causing problems between the two otherwise similar nations, while ordinary people get along absolutely . And who are we to argue?

"I love Russia, its people, its culture, its architecture, its food and so much more. one can see into my mind and heart except me,” wrote Eric M. Walker. “Most others that would argue with this 100% have never really looked deep into themselves or Russia. Their minds are filled with propaganda and opinion forced upon them by the ignorant or closed-minded, and are not willing to see beyond the same old rhetoric."

Friendly, trustworthy and hardworking: such are also the adjectives our friends from across the Atlantic have used to describe Russians.

“We may never completely understand one another, but I will continue to visit Russia as often as I and to welcome my Russian friends here whenever they can come,” writes Linda Speck from Ann Arbor, Michigan.

After five years in Russia, professor Less Decay often notices how, notwithstanding cultural differences, there are plenty of sociological similarities between our two peoples.

Having studied Russian history in high school and Russian and Ukrainian languages in college, visited USSR in the 1980s and then several times Russia in the 1990s, as well as Kiev, in neighboring Ukraine, for an entire year.

“Kiev is not part of Russia, but the people and cultures are very much alike,” he writes. His whole experience was so , he confessed to finding it hard to return to his old life in the U.S.

Some expressed hope that Russia and the U.S. might work together on international security. “As an American I respect Russians,” writes Kevin Strade from New York. “I respect their patriotism and frankly wish we could work together with Putin and Russia to fight ISIS.”

Americans on their friendships with the Russians

We’ve asked our readers to share some personal and received more comments proving the true friendship has no political or geographical border.

Julia Hunton admits that her close Russian friends have enriched her life and knowledge of the world. However there are a few humorous things that she struggles with around Russians: “Not being allowed to sit on the floor, being lectured about wearing boots with summer dresses, having every detail of any out-of-the-ordinary wardrobe choice assessed and discussed ad infinitum by my friends' mom and family, and never quite feeling dressed up enough when I go grocery shopping with my Russian girlfriends.”

Oh, and Russians would practically drown you in tea if you let them, remembers Julia 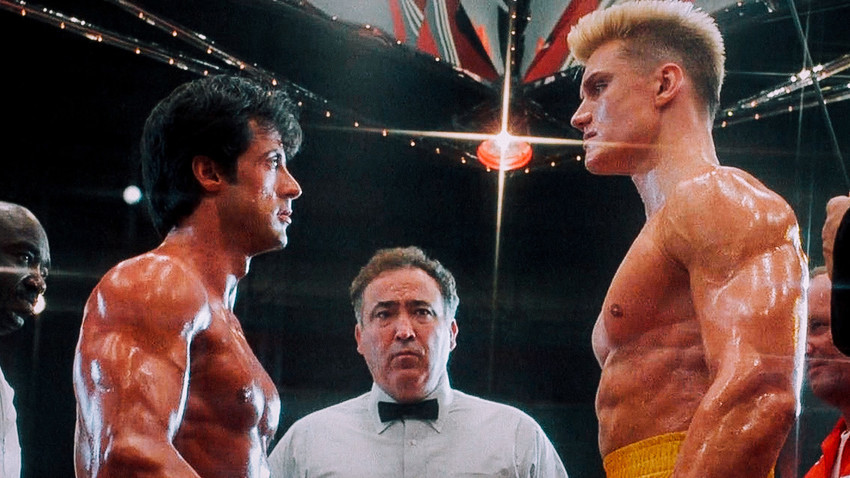 of the more views was from Artur Fay of Arizona, who, after visiting Russia in 2001, says he was amazed that it was basically like America - just with a different language. He remembers hosting a lot of exchange students from Russia, further cementing his view.

Russians about their American friends

Russians who have American friends have also shared a couple of thoughts illustrating our diversity.

Tatiana Mar writes that American friends consider her to be a bit too straightforward - a typical Russian feature - “to which I always reply that in Russia we don't like to beat around the bush.”

She also remembers being off-guard when an American friend thought by mistake that Tatiana was complimenting her new jacket (in reality she was commenting on the beautiful scenery in front of them). The American friend happily accepted, having been starved of casual compliments in Russia.

“I realized that in Russia we indeed don't give compliments to people very often (or praise people, for that matter),” Tatiana told us. “But I never expected that my friend was taking it so seriously that I had never complimented her on anything…”

Conflict resolution was one area of difference, according to Anna Gul, who writes that Russians tend “to solve a professional conflict ‘po-’ (in an informal, friendly manner),” whereas, in the states, “according to my experience, people seek an institutional decision,” she writes, noting that one isn’t necessarily better than the other.

Ekaterina Belskaya writes that the majority of her friends are American, and that “Americans are wonderful as a nation”, and that both nations are more similar than may appear. “Both are strong, opinionated and bold… I honestly believe we understand each other better than any other nations who are supposed to be so ‘opposite.’”

Take our QUIZ: How much do you know about Russians?