Remind an American that their Alaskan 'icebox' used to be Russian and you'll probably be met with a shrug and easy acceptance. But tell them that their tropical Pacific jewel, Hawaii, almost forged an alliance with the Tsars, and the reaction is often one of shock, disbelief and even horror. Now, some Americans wouldn't mind scrubbing that fact from the historical record.

While 2017 saw celebrations of two centuries of peaceful relations between Russia and Hawaii, the local Russian community was blindsided one year later, at the end of 2018, when its historical legacy suddenly became subjected to revisionist scrutiny 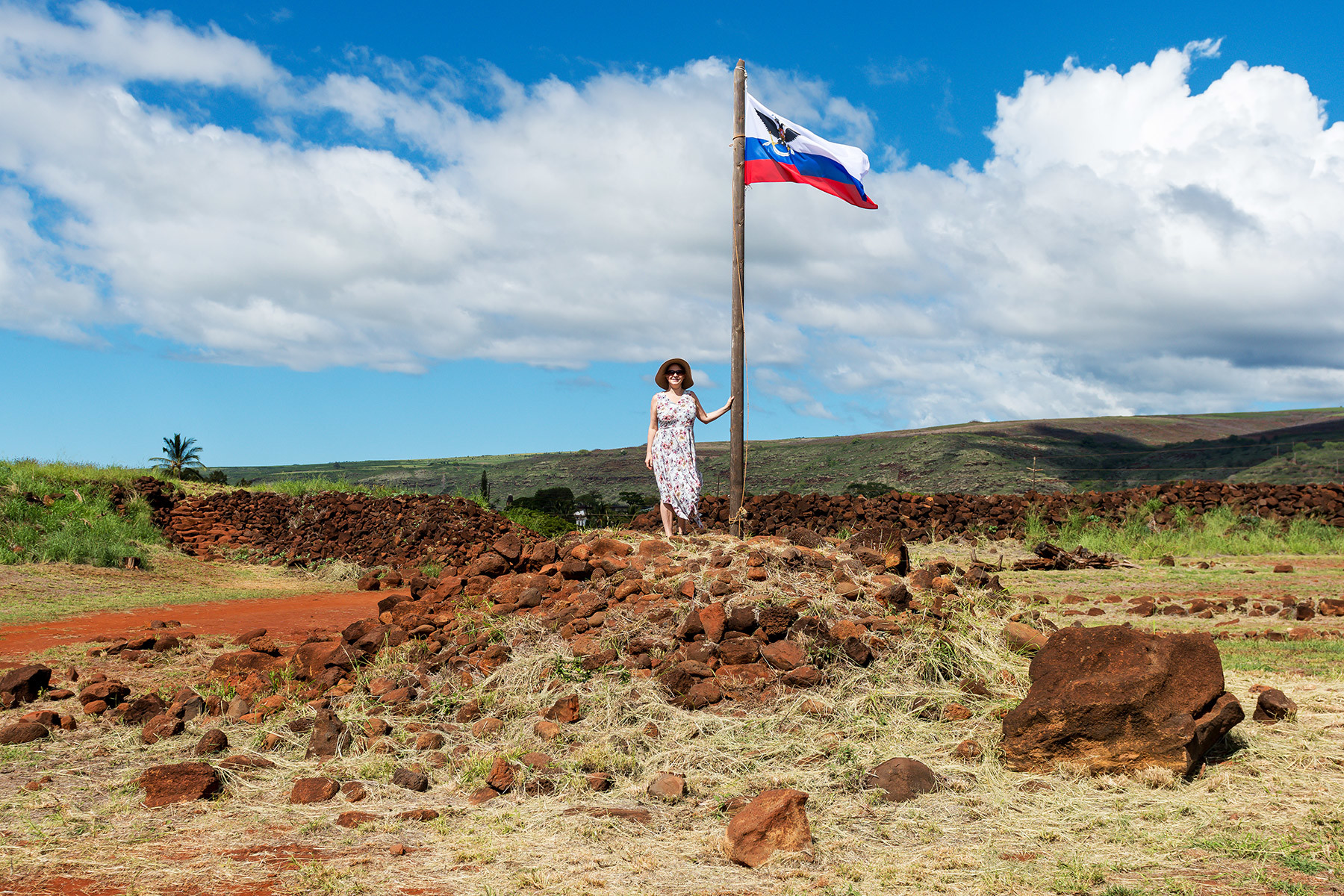 trouble started in November 2018 when the Association of Hawaiian Civic Clubs, at its 59th annual convention, made an official appeal to the State of Hawaii’s Board of Land and Natural Resources asking to rename Russian Fort Elizabeth State Historical Park to ‘Pāʻulaʻula,’ which is the traditional native name for that area.

“Place names should reflect our cultural heritage and its historical and geographical integrity,” said the Association in its appeal. 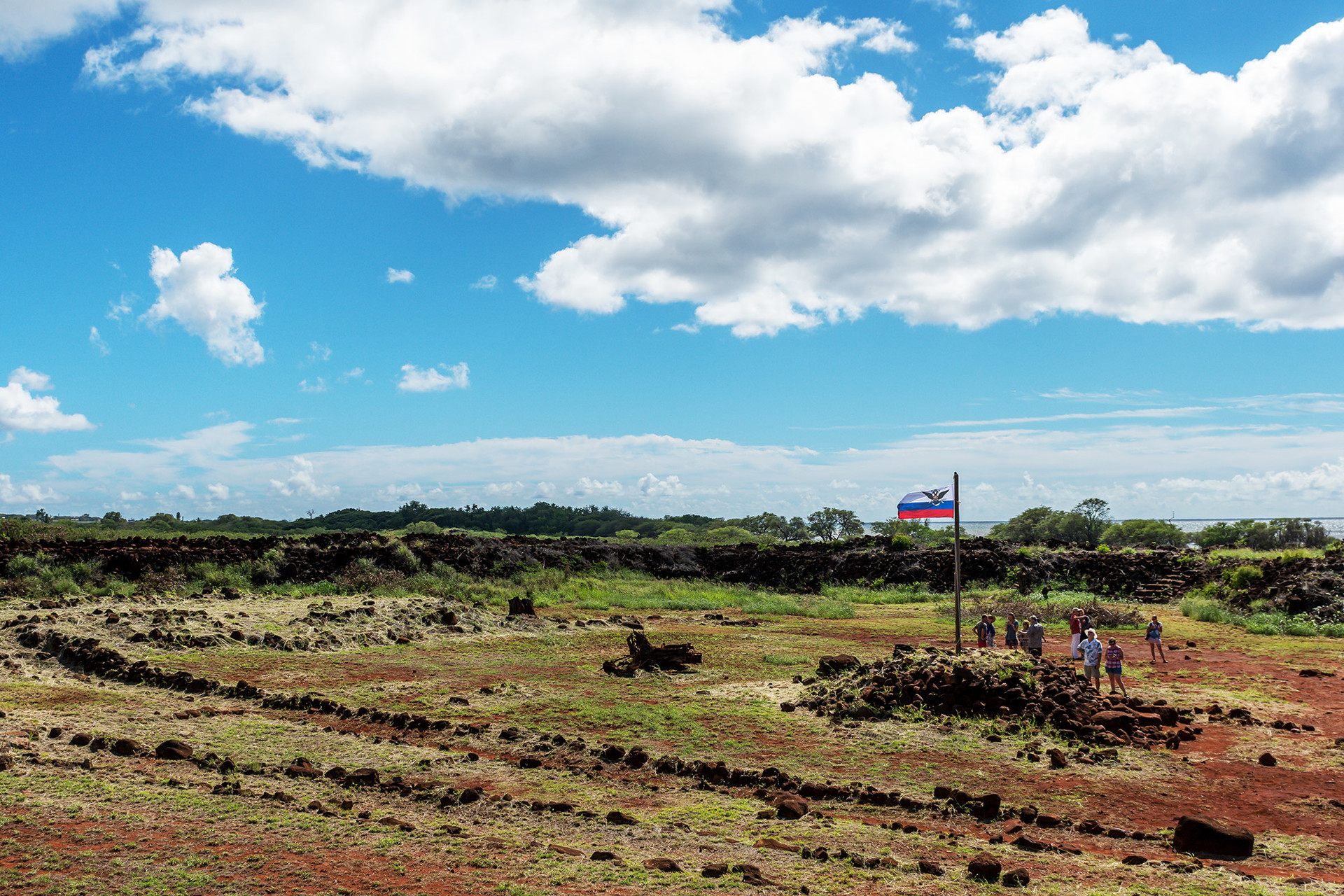 “Over the years, places have been renamed and our ancient names have been lost in use…,” said Nalani K. Brun, a tourism specialist for the County of Kauai’s Office of Economic Development, in a statement.

The Russian Community Council of the USA (RCC), a non-profit social organization that unites Russian emigres, disagrees with the Hawaiian and claims that “renaming the fort will erase the unique and vastly undiscovered history” connecting the Hawaiian and Russian people. “The most logical and conflict-free solution is to add the native name to the already existing historic one without dropping any parts of the original title," said Elena Branson, head of the RCC 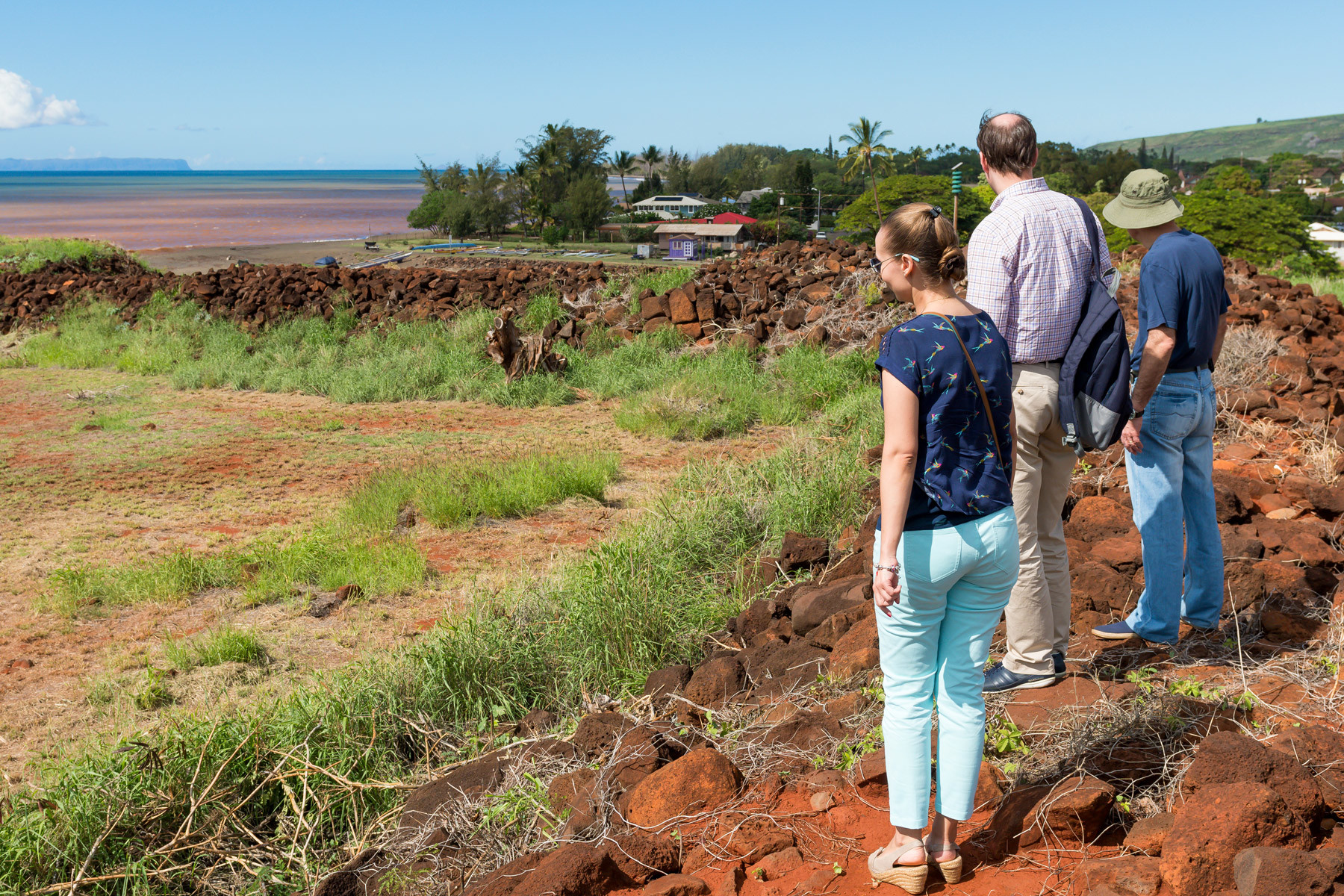 Russian community's compromise is to call the site by a dual name: "Russian Fort Elizabeth / Pāʻulaʻula.”

“We are opposed to removing the word ‘Russian' from the because it will not be clear about which Elizabeth is in question. Most likely people will have associations with the Queen of and not the Russian Empress,” added Elena Branson. "We hope the Hawaiian community can make a friendly gesture and leave the name of ‘Russian Fort Elizabeth.’ This would be in the spirit of diversity, multiculturalism friendship.”

With its crumbling ramparts that today rise more than ten feet high, (originally they were 20 feet high), the fort is the last visible reminder of the historic Russian presence on the archipelago. Still, Hawaiian nationalists are not interested in compromise. 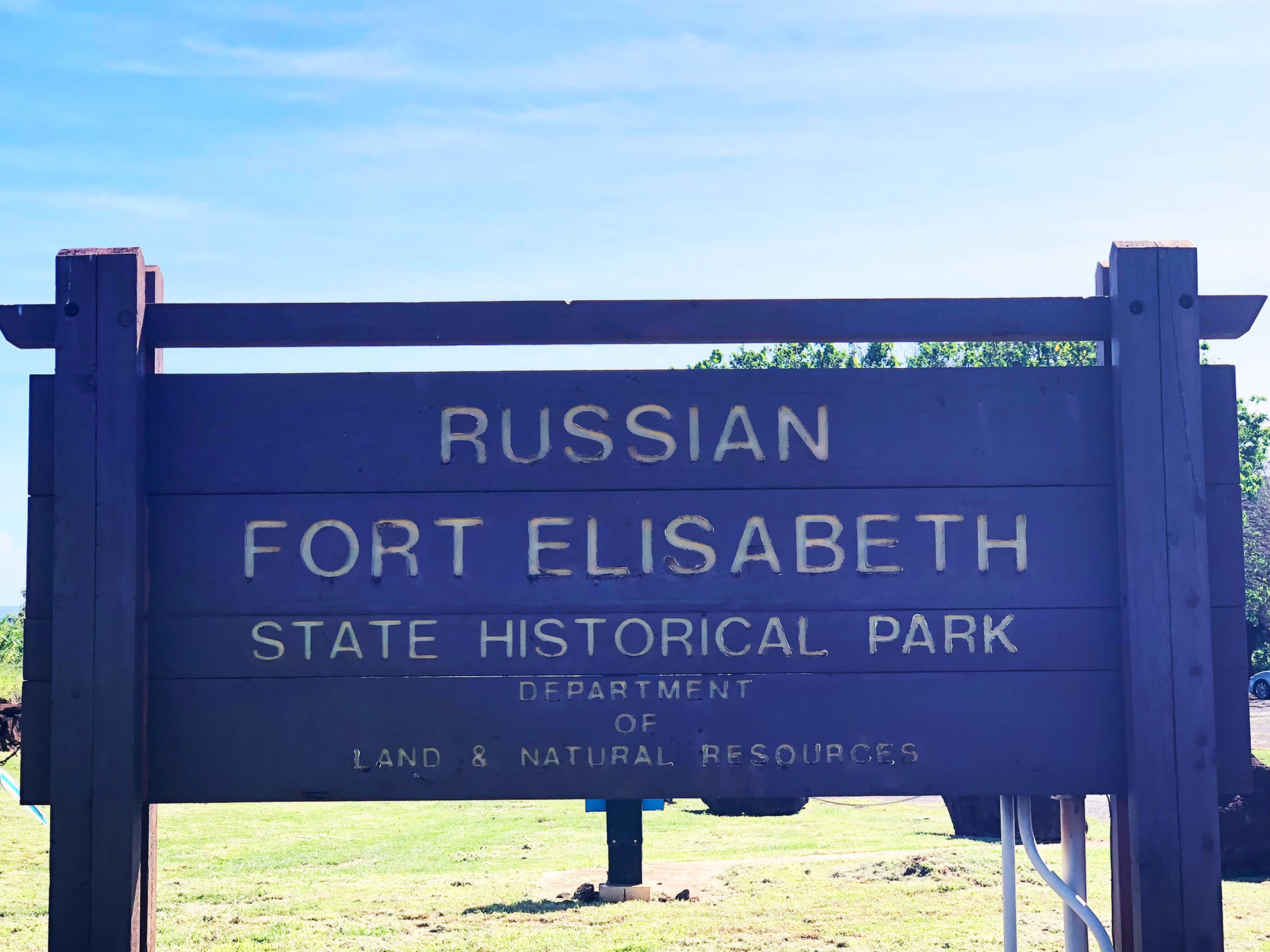 “The decision to name, and or rename this area, is the people of Kauai’s to make, as is the decision as to which name shall be primary and more prominent,” said Mauna Kea Trask, the former County Attorney, in an email sent to the Congress of Russian Americans, another Russian emigre non-profit organization.

Russian Fort Elizabeth was founded on the island of Kauai in 1816 by explorers in the service of the Russian-American Company (RAC) from St. Petersburg, but it was abandoned several years later when the Russians were chased from the island by American traders who concocted an anti-spy hysteria in order to secure commercial monopolies with local chieftains 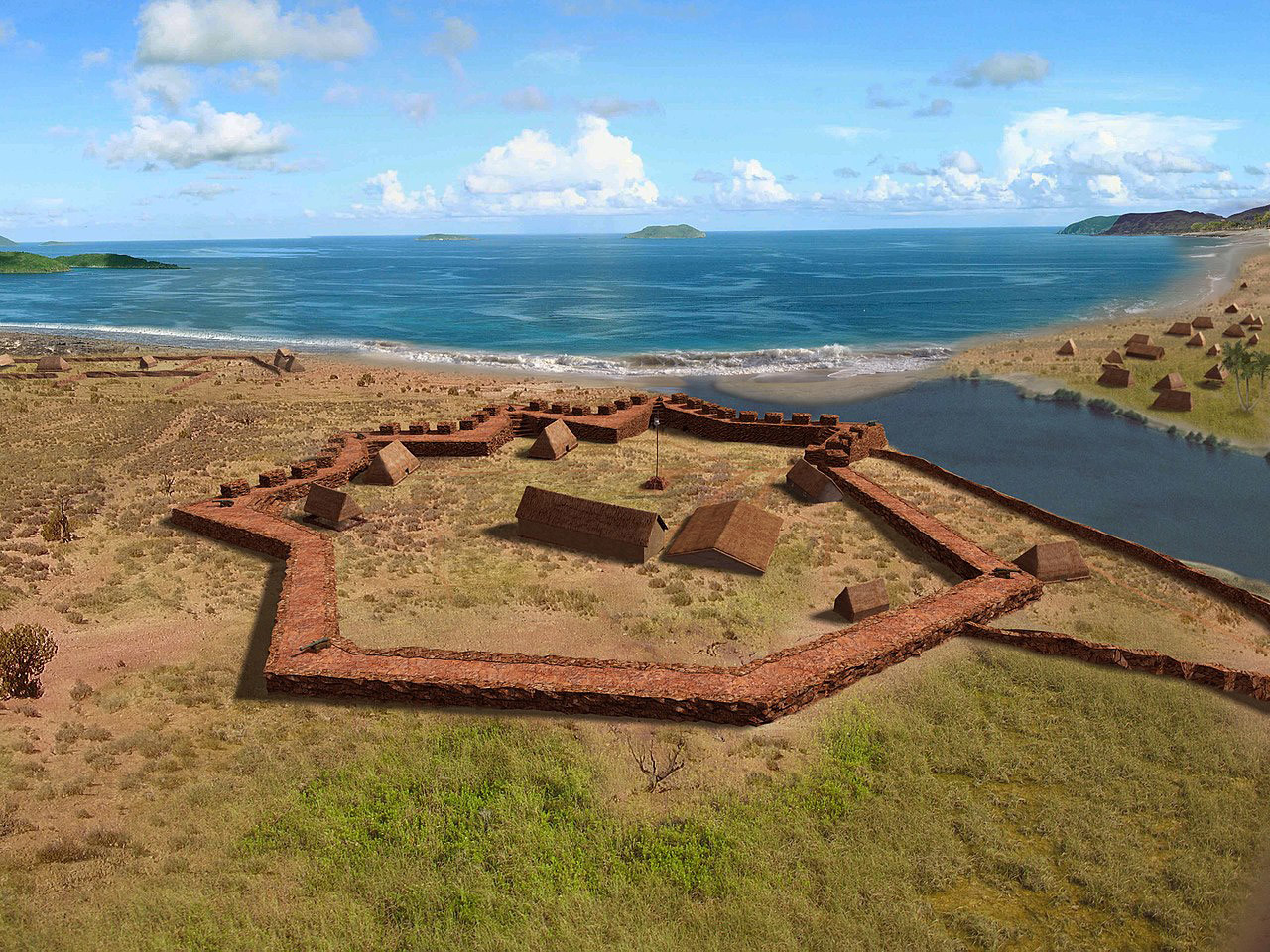 addition to Fort Elizabeth, the Russians built two other forts -- Fort Alexander, and Fort Barclay-de-Tolly -- but almost nothing remains of those, except foundation stones. All three were built as part of an unofficial alliance with High Chief Kaumuali’i, the island’s last independent ruler. According to recent historical research, said Branson, the High Chief needed the Russian-made forts to defend his kingdom against a rival Hawaiian king on the other islands. The Russians, however, never became directly involved in the internal Hawaiian dispute.

The Hawaiian kingdom was destroyed and conquered in the 1890s by American corporations with the support of mercenaries and the U.S. military. By 1920 only about 20,000 native Hawaiians remained, compared to about 500,000 in the 1780s. Today’s greater awareness of this tragedy fuels the local nationalist revival, as well as the widespread calls for historical and social justice. 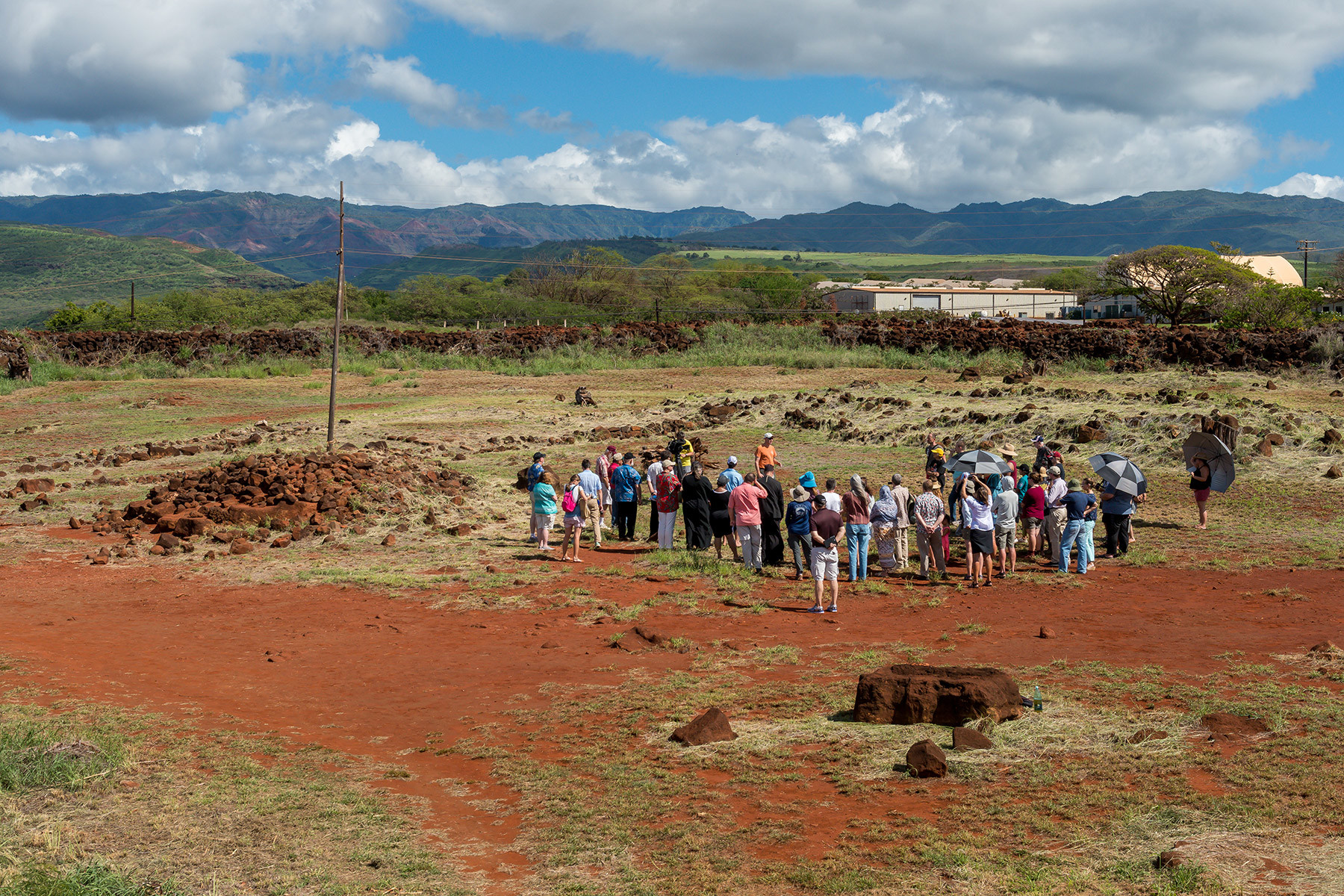 "We understand the Hawaiian wish to preserve and celebrate their culture and history, and returning native and historic names is an important part of this process,” said Branson. “The Russians were never involved in military operations or any of the painful events of the past; rather, Russia was an ally and helper of the Hawaiians, for instance by building three forts.”

State officials say there is no desire to erase Russian history or ignore the important role that Russians played in the planning, design and initial construction of the fort. An American map dating to 1885 clearly mentions the “Old Russian Fort,” and the site was designated a National Historic Landmark by the U.S. Government in 1962. 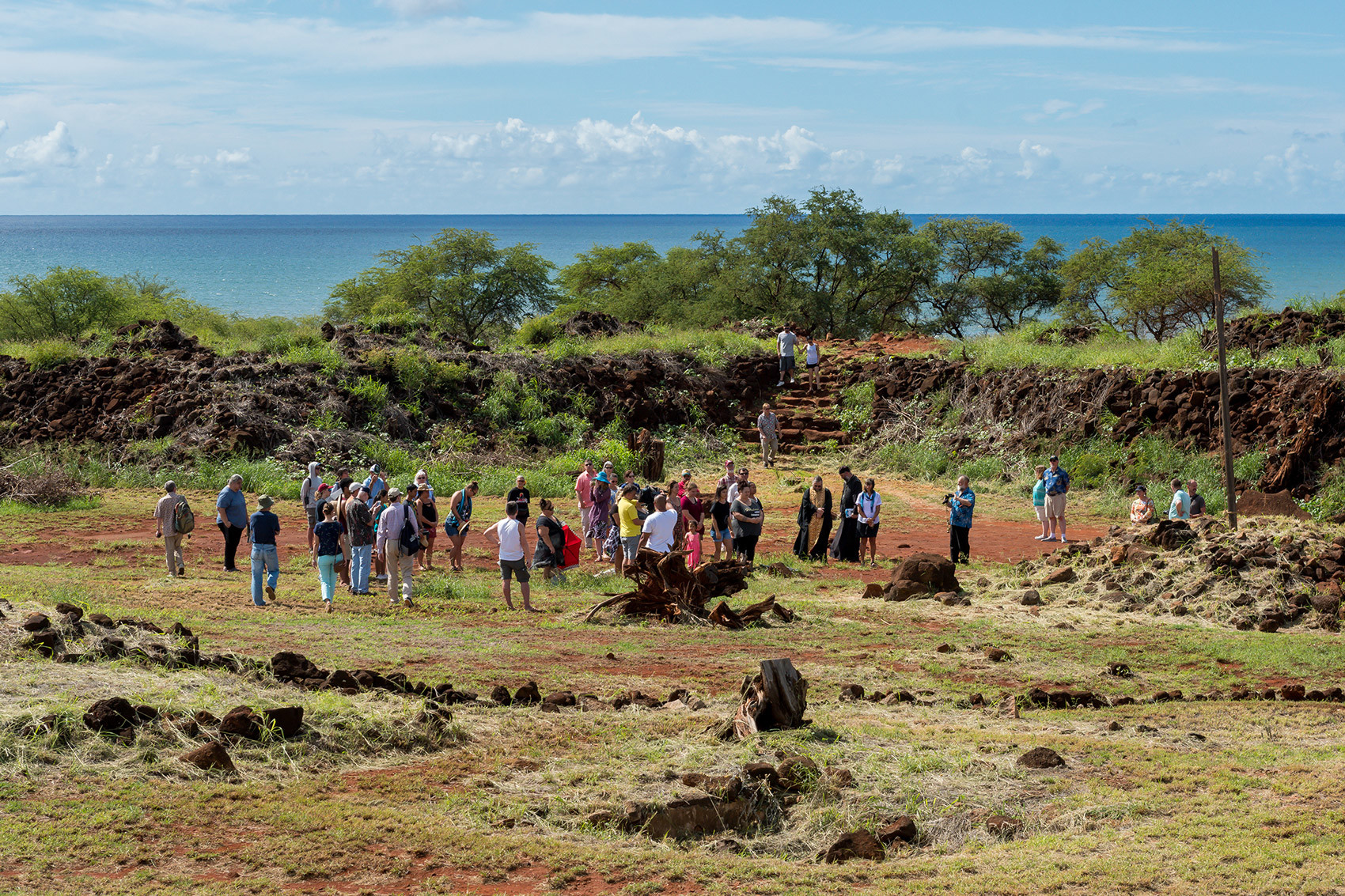 “It’s the State Parks’ desire to engage in a process that accurately reflects the history of the site, respects the native Hawaiian culture, and acknowledges the role of the Russian-American Company,” said Curt Cottrell, Hawaii’s State Parks Administrator, in a statement on Dec. 28, 2018. “This [issue] is still very much a work in progress.”

The controversy could not come at a worse time. In 2017, the local Russian community on Hawaii held a large commemorative celebration at Russian Fort Elizabeth to mark 200 years of relations between the Motherland and the archipelago 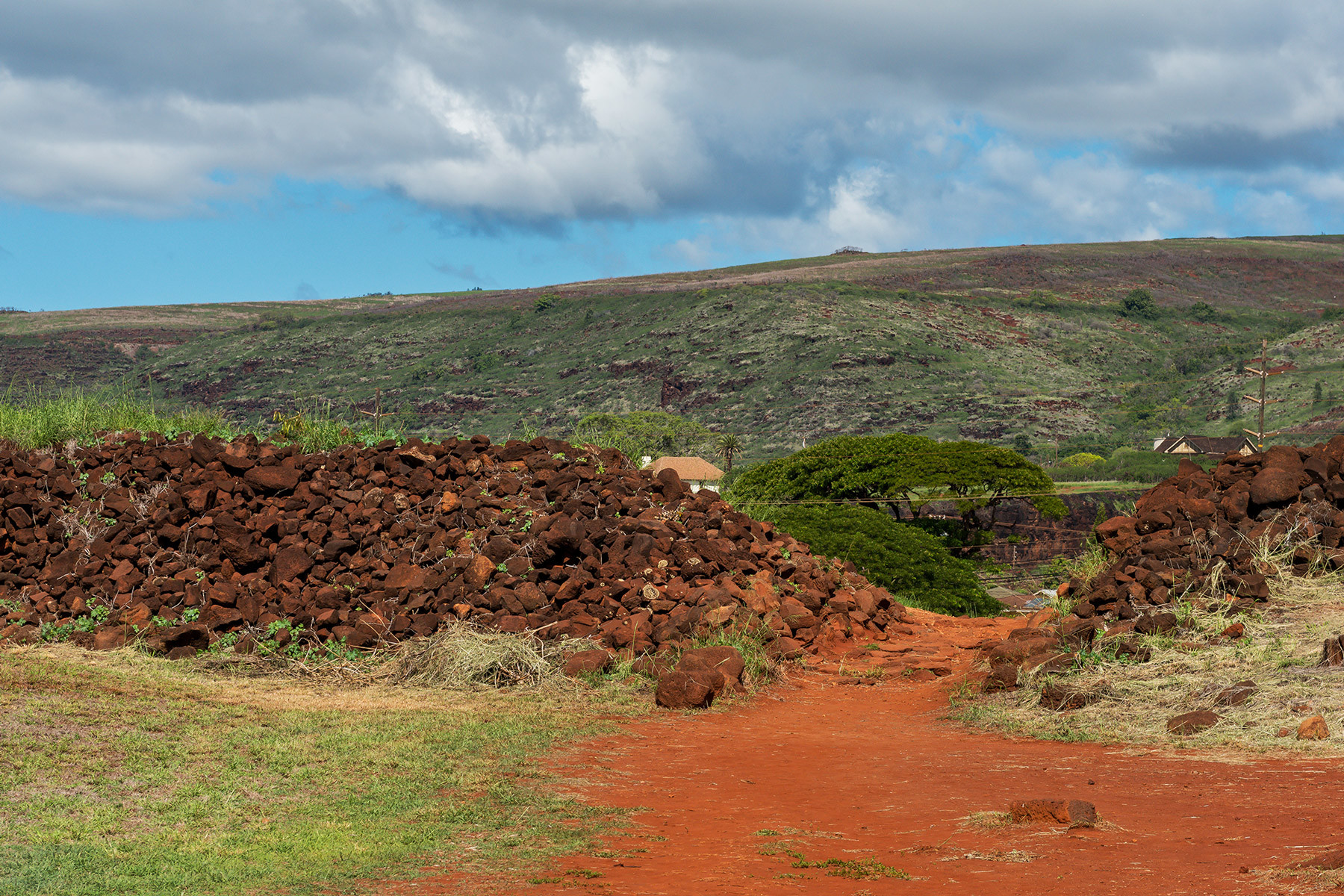 have been drawn up to transform the ruins of Fort Elizabeth into a cultural and research center for the study and preservation of Russian-Hawaiian cultural heritage and history. A website was created to popularize the cause.

To strengthen its case, the Russian community points to other sites in the U.S., such as San Francisco’s “Russian Hill,” which was named in the 1850s when settlers discovered a small Russian cemetery at the top of the hill. While the cemetery was removed, the name remains to this day, and no one suggests to remove the word “Russian” and replace it with a Native American name 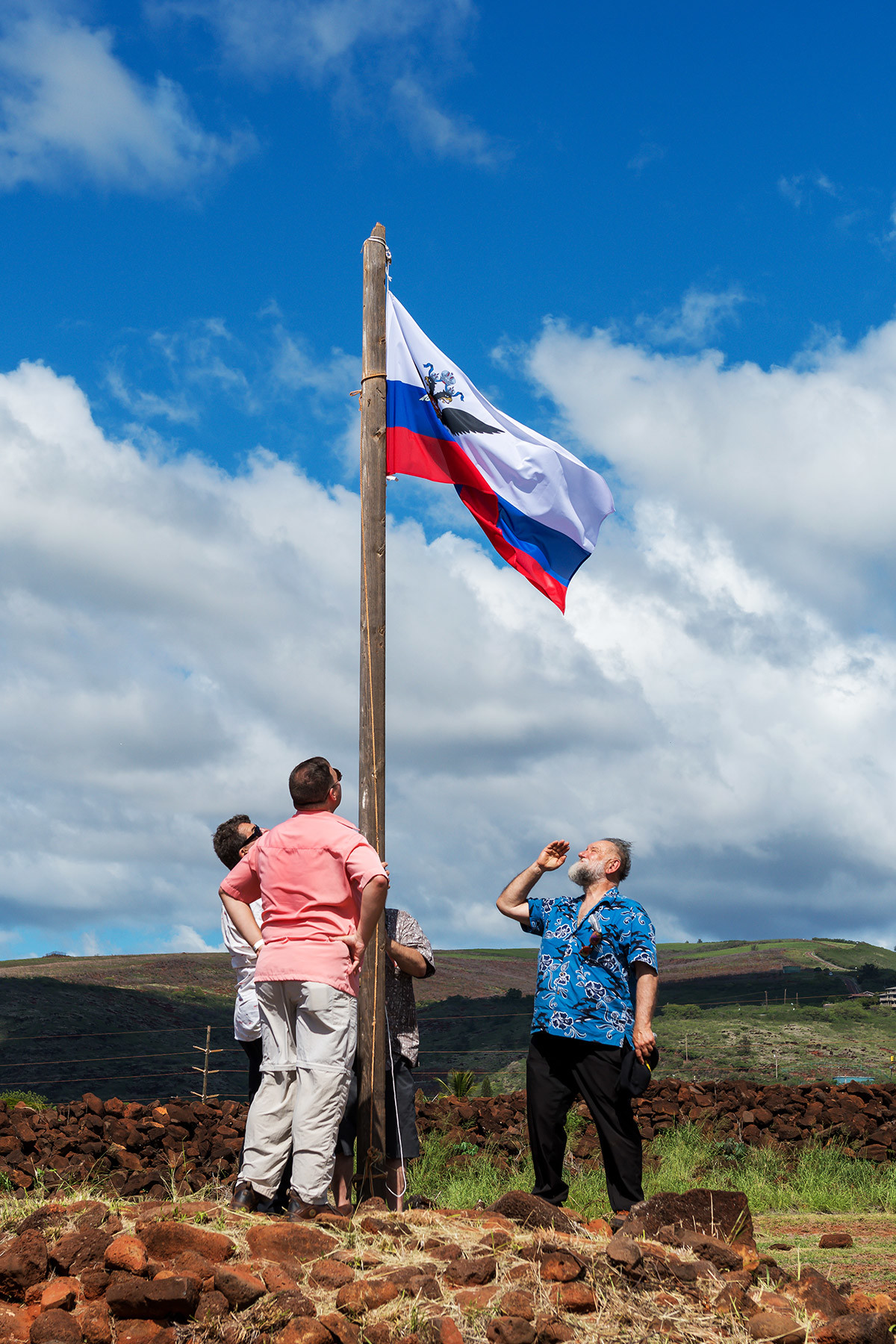 Sabelnik, head of the Congress of Russian Americans, points to Russian Fort Elizabeth as a “symbol of friendly relations…between Russia and the United States. Do not rename Fort Elizabeth. Let's continue working together to restore, revitalize, and put the fort back on the so that we can all work together on this project. There can only be a win-win when we work together.”

As far as the future, Mr. Cottrell emphasized that any final decision can only be made by Hawaii’s Board of Land and Natural Resources, but a final decision is not expected for several months. In the meantime, his office will study the and hopes to find a solution that restores friendly relations between the Russian and Hawaiian communities. 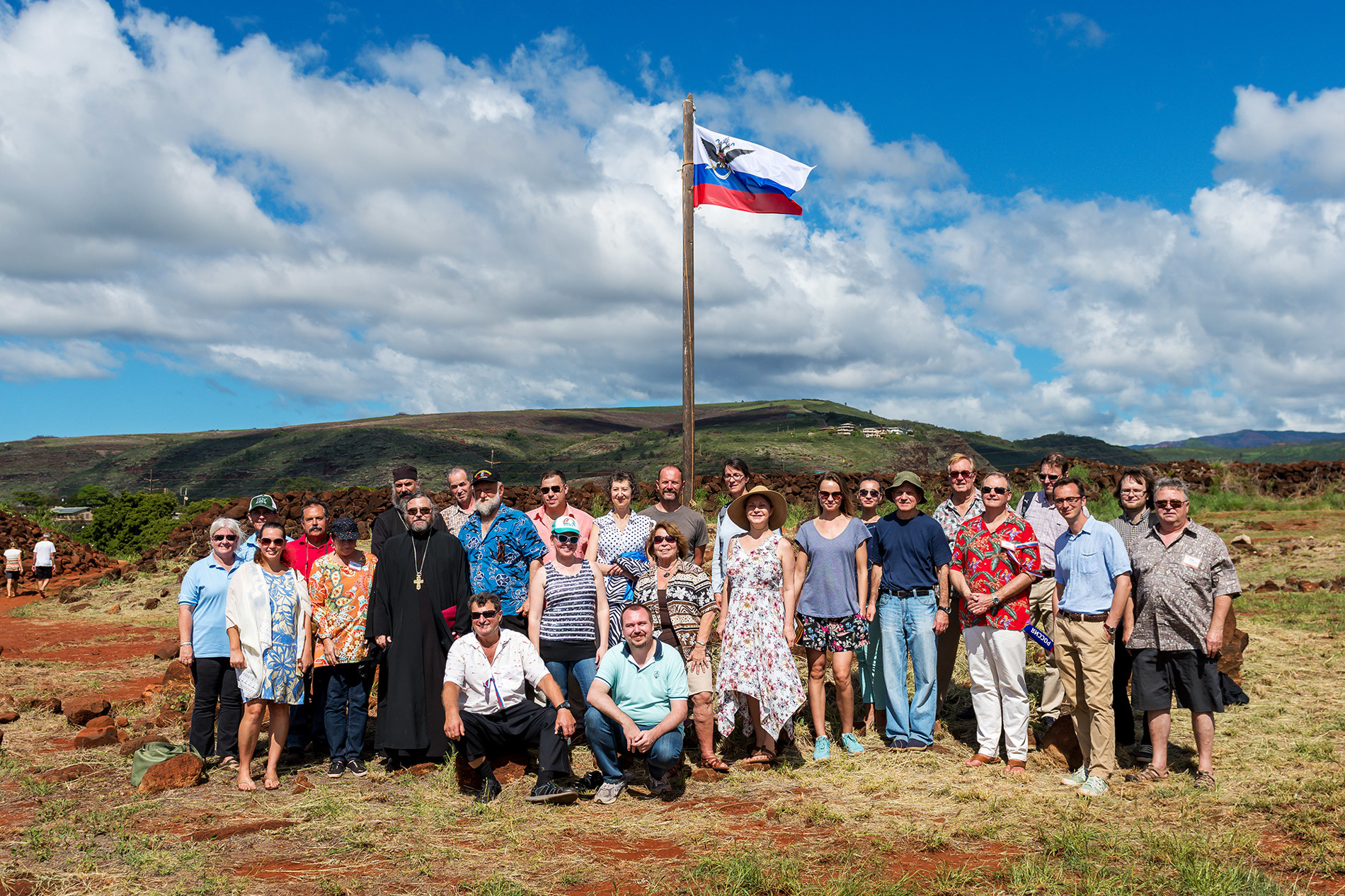