What jobs might the rulers of Russia and the USSR done in another life?

Irina Baranova
Lenin, Stalin, Gorbachev, Putin… The lives of these ambitious people could have turned out differently if they hadn’t pursued careers in politics.

Ever since the monarchy was abolished in Russia in 1917, everyone who has led the country (the USSR, then post-Soviet Russia) was by no means born with the silver spoon in their mouth - for many of them, ending up in the hot seat of the world’s biggest country was the culmination of hard work, luck, perhaps some corruption, and sheer determination. But what did they do before seizing power? 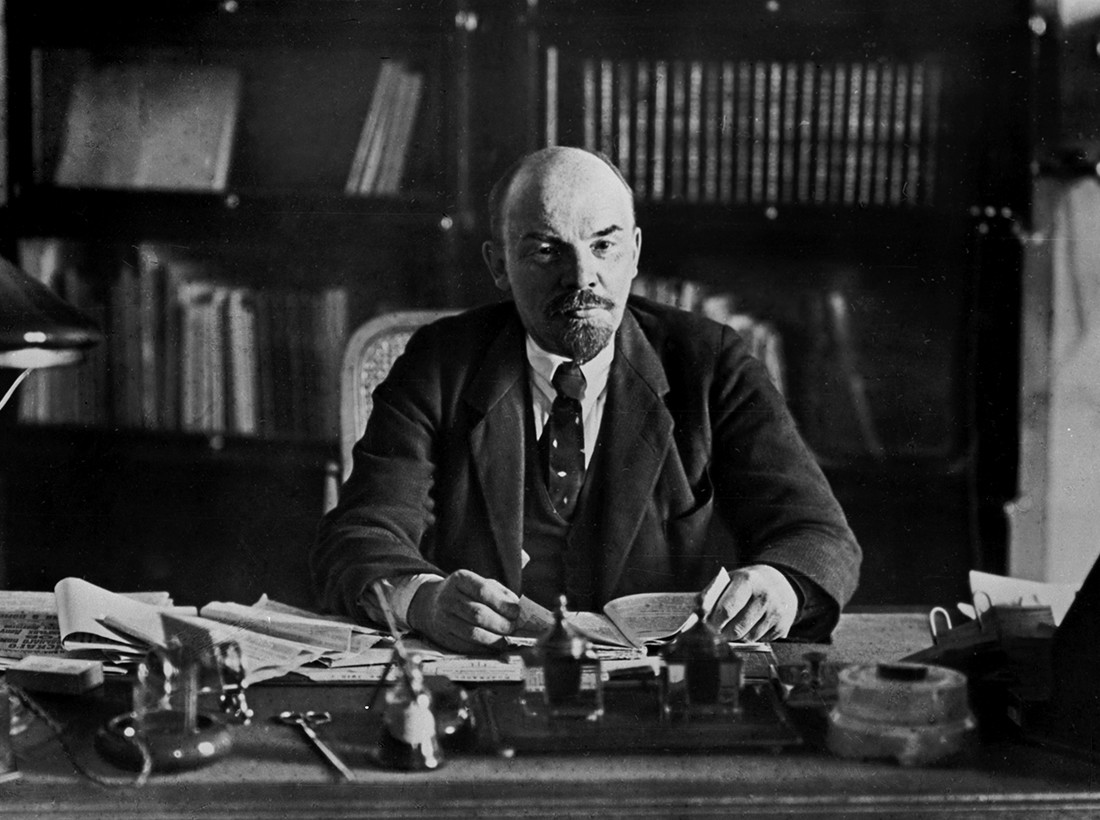 the early 1890s, young Lenin worked as an assistant attorney in the city of Samara (1000 km east of Moscow). Already an enthusiastic Marxist, he worked on 18 cases over two years. The future revolutionary was appointed by the state to protect minor criminals.

“One of his clients stole a wheel, another nicked some laundry clothes, another, being drunk, cursed the Virgin Mary and then the Emperor…” Lev Danilkin, Lenin’s biographer lists Lenin’s “outstanding” cases. As an attorney, he never won a case but sometimes succeeded in lowering the punishment for his careless clients. Nevertheless, he decided to concentrate on Marxism and forging a revolution. 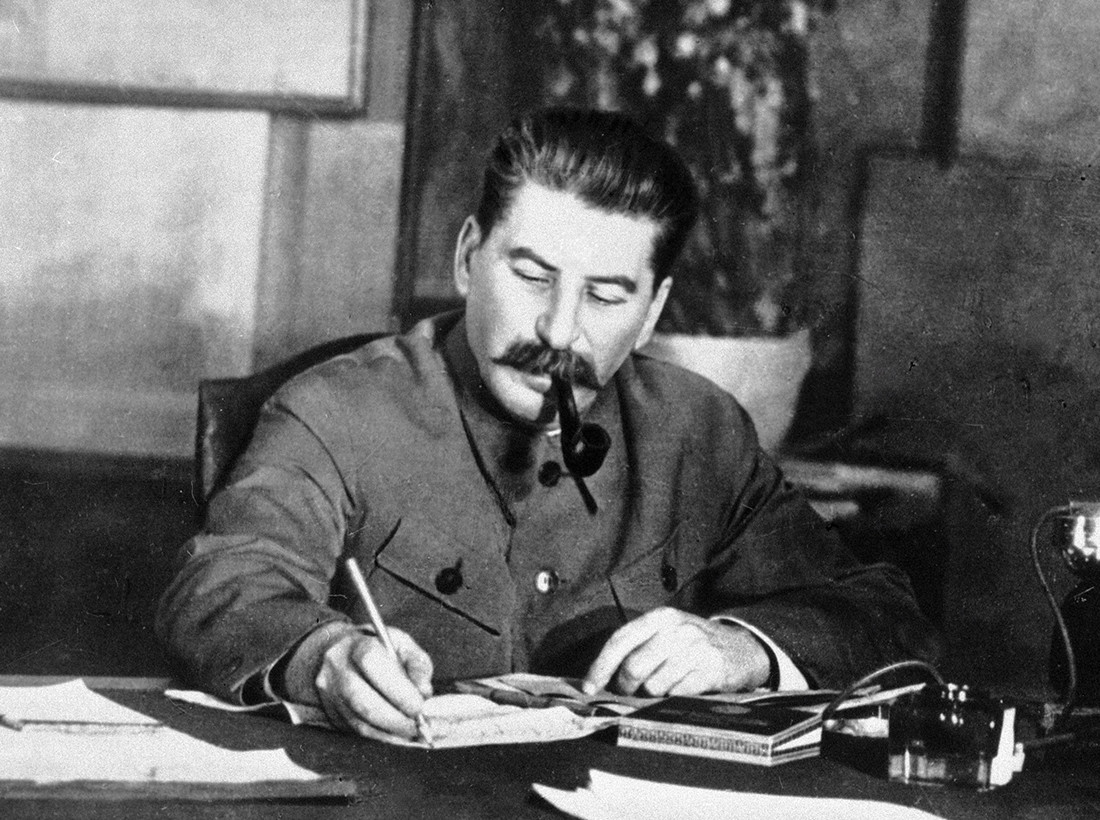 Stalin chose to follow the path of a professional revolutionary after being expelled from the Spiritual Seminary in Tiflis (now Tbilisi, Georgia) in 1899 – he was thrown out for not showing up for an exam. But before that, he was achieved outstanding results.

“Son of a shoemaker and a laundress, he was a brilliant student. We know now that he had high grades in mathematics, theology, Greek, Russian…” says Simon Montefiore, Stalin’s British biographer. Joseph’s mother dreamed of her son becoming a priest but he chose the revolutionary way, averted by the seminary’s strict rules.

Moreover, young Stalin had a lyrical side, writing melancholic poetry on the themes of nature and his Georgian motherland. His poems are by no means works of genius but they show some promise. However, he grew up to be a ruthless leader instead. 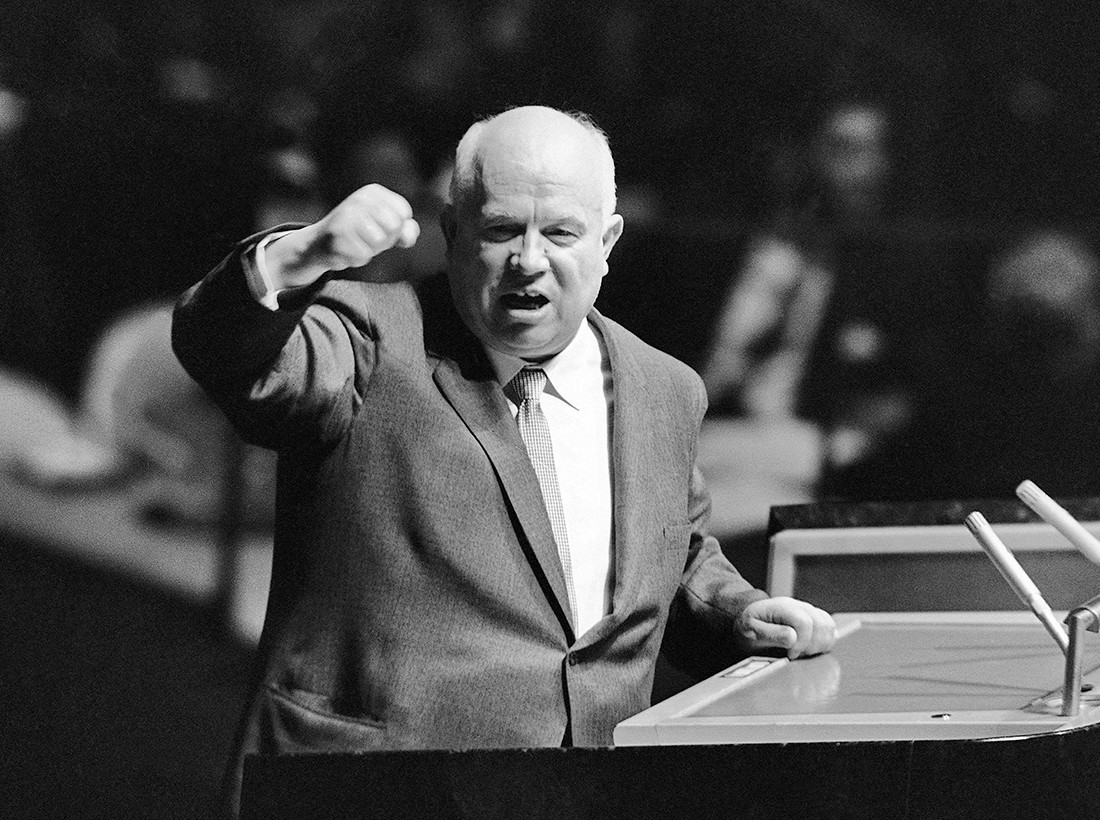 man who replaced Stalin and officially denounced his repressions, Khrushchev started off as a in pre-revolutionary Yuzovka (now Donetsk, Ukraine). That city of miners was kind of Russia’s Wild West back then: thousands of poor people journeyed there hoping to win big.

“Foreigners described Yuzovka as a citadel of fear: fights, dirt, crime,” writes historian Yevgeny . “Against this background, young Khrushchev looked like an alien: he didn’t drink or smoke, even led the local sobriety club. He was making good money, loved expensive things.”

When the revolution and the civil war came, Khrushchev joined the Bolsheviks and soon after they prevailed went into politics, showing himself as a cunning and cautious man who came out on top after Stalin’s death. 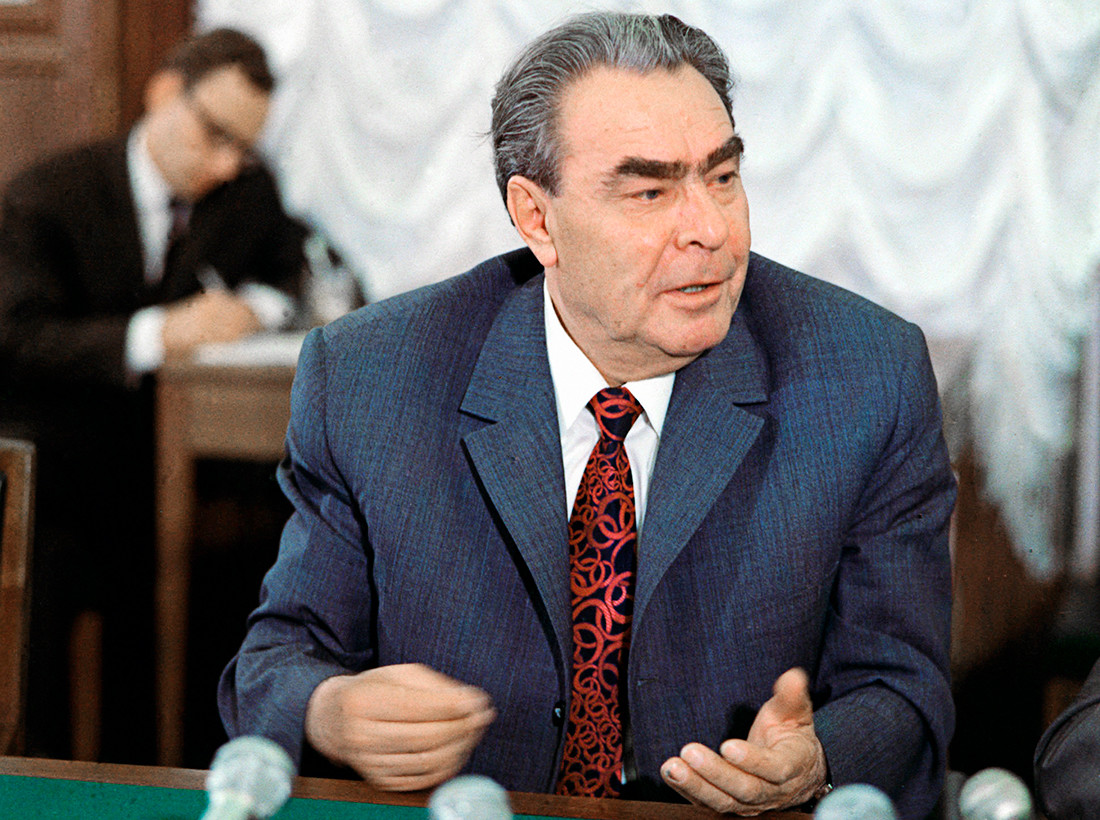 Before his political career rocketed up, Brezhnev, a Ukrainian from the city of Kamenskoye, changed several occupations, all very working-class. First, he worked as a in the Western USSR, then moved to the Urals, taking part in the organization of kolkhozy (collective farms). After that, he came back to Ukraine where spent several years studying engineering.

Then, he found himself at a plant, where he led a shift for a while after that transferred to an administrative job, leading a local technical college. “It was a modest position but Brezhnev himself was a modest man back then,” writes biographer Roy Medvedev. “He was friendly, easy-going, had a lot of friends among workers, engineers people from the party as well.”

Perhaps Brezhnev could stay an ordinary nice engineer forever but during the 1930s, when Stalin’s purges wiped out numerous party bosses around the USSR, young activists like Brezhnev were quick to make a career. “A wave of new appointments rose Brezhnev to power,” reminds Medvedev. 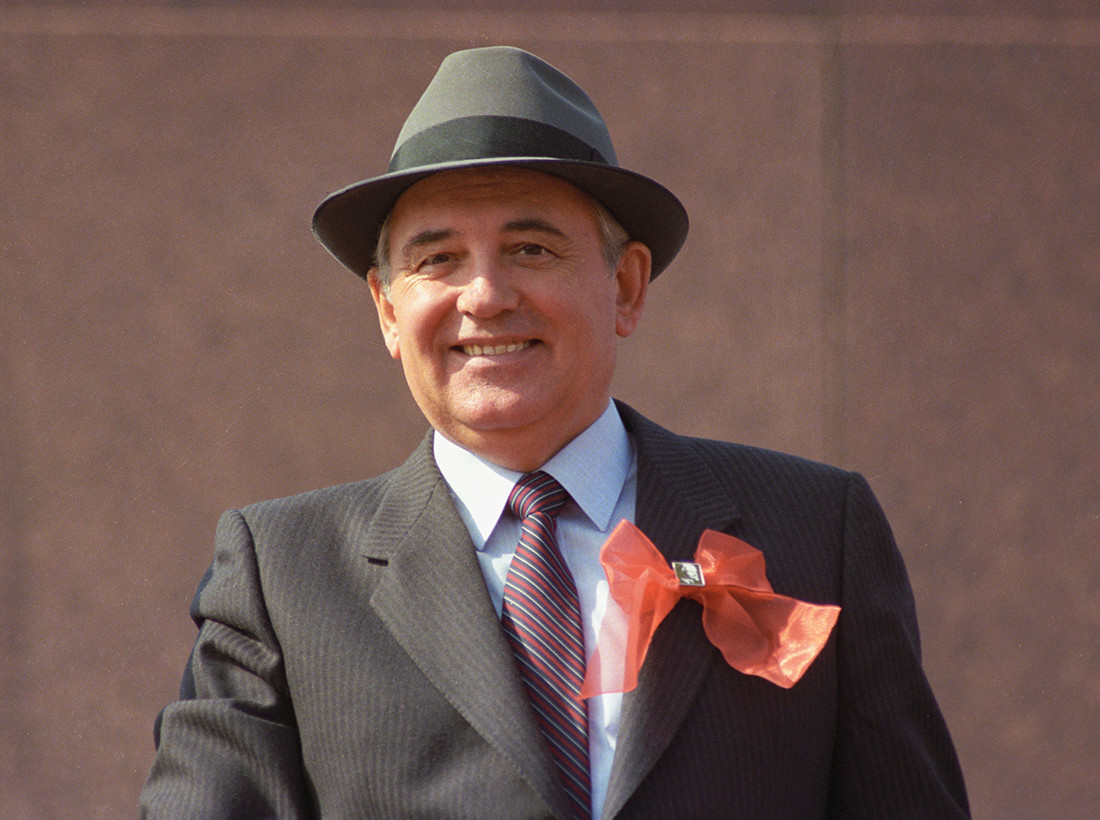 The Soviet leader went into politics really soon: he was a Komsomol activist throughout his student years. Nevertheless, before he had been working on a combine-harvester for several years in his home city of Stavropol (1400 km south of Moscow).

He even recalls in memoirs that this job helped him to make some money for proposing his future wife Raisa when he was a broke student: “I wrote my boss a letter asking to let me have my old job for a while, explaining that I need money.” So, if it wasn’t for a combine harvester, possibly the USSR never had a charming first lady Raisa was. 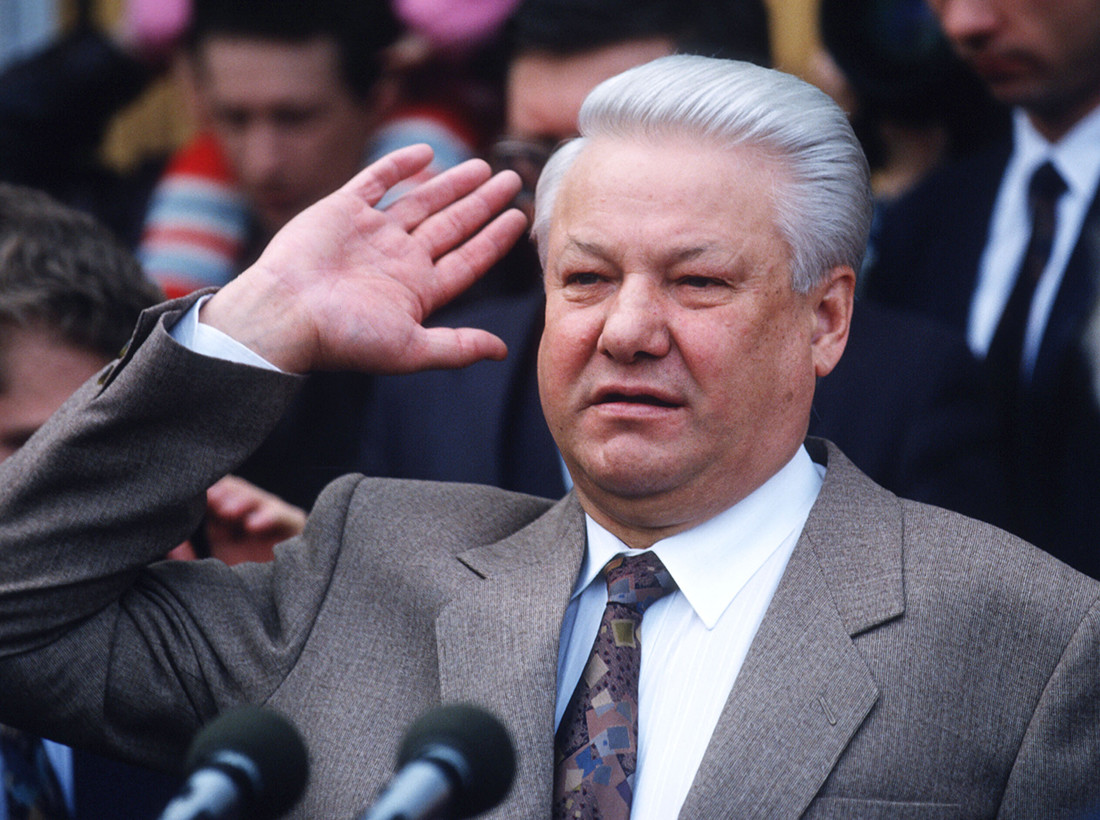 Yeltsin’s biography mentions that after graduating from a faculty of civil engineering in Sverdlovsk (now Yekaterinburg), he undertook a number of jobs, eager to get as much experience as he could. “He was a bricklayer, a concrete worker, a carpenter, a painter, a plasterer…”.

In five years, starting out as a foreman, he was promoted to lead the building trust he was working for. Soon after that, he attracted the attention of local communist politicians and gradually switched to politics himself. 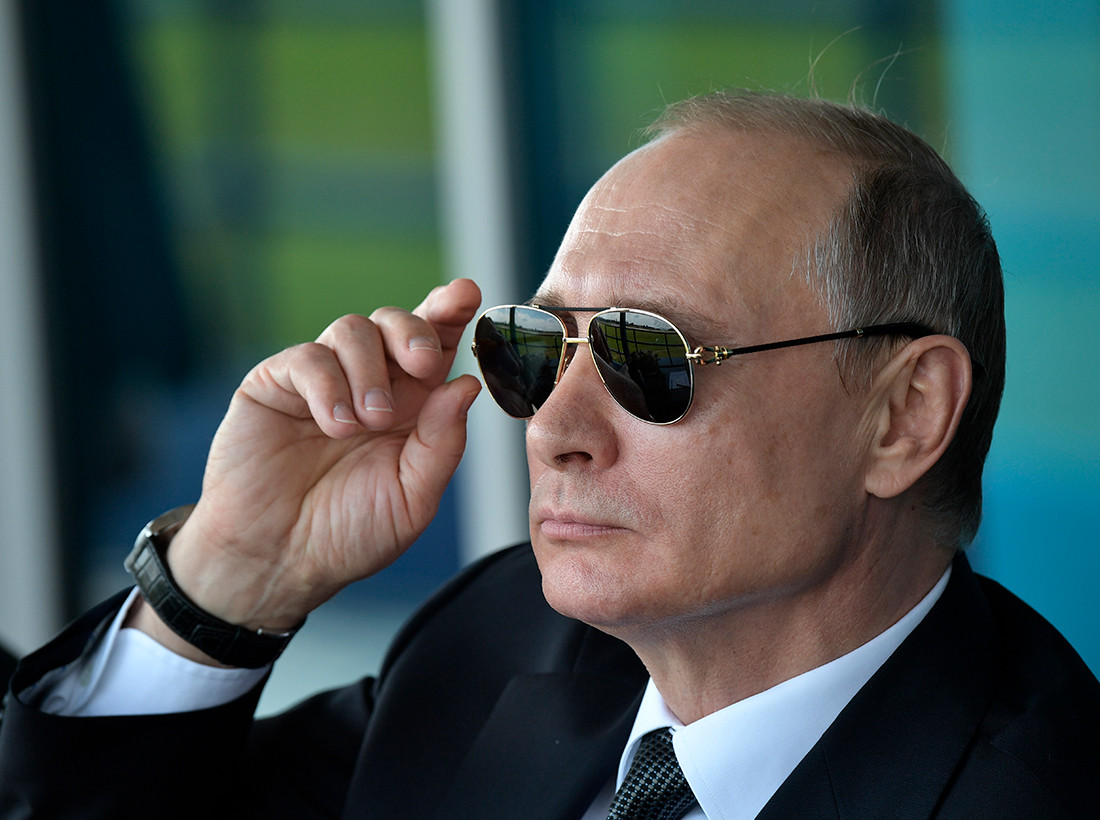 This is a well-known fact: the president spent the 1980s working for the KGB, Soviet intelligence and counterintelligence service. After graduating from the law faculty of LGU (Leningrad State University) in 1975, Putin joined the KGB.

From 1985-1989, Putin, along with his family, moved to Dresden, East Germany, where he served doing, as he described it, “pretty routine work”: recruiting informants and gathering information.

Nevertheless, his work was halted after the Berlin Wall fell and East Germany ceased to exist. Putin moved back to Russia where he quit the KGB to forge a career in politics through working in Anatoly Sobchak’s (former St. Petersburg mayor) administration.

To know more details about Putin’s life and missions in East Germany, read our article. 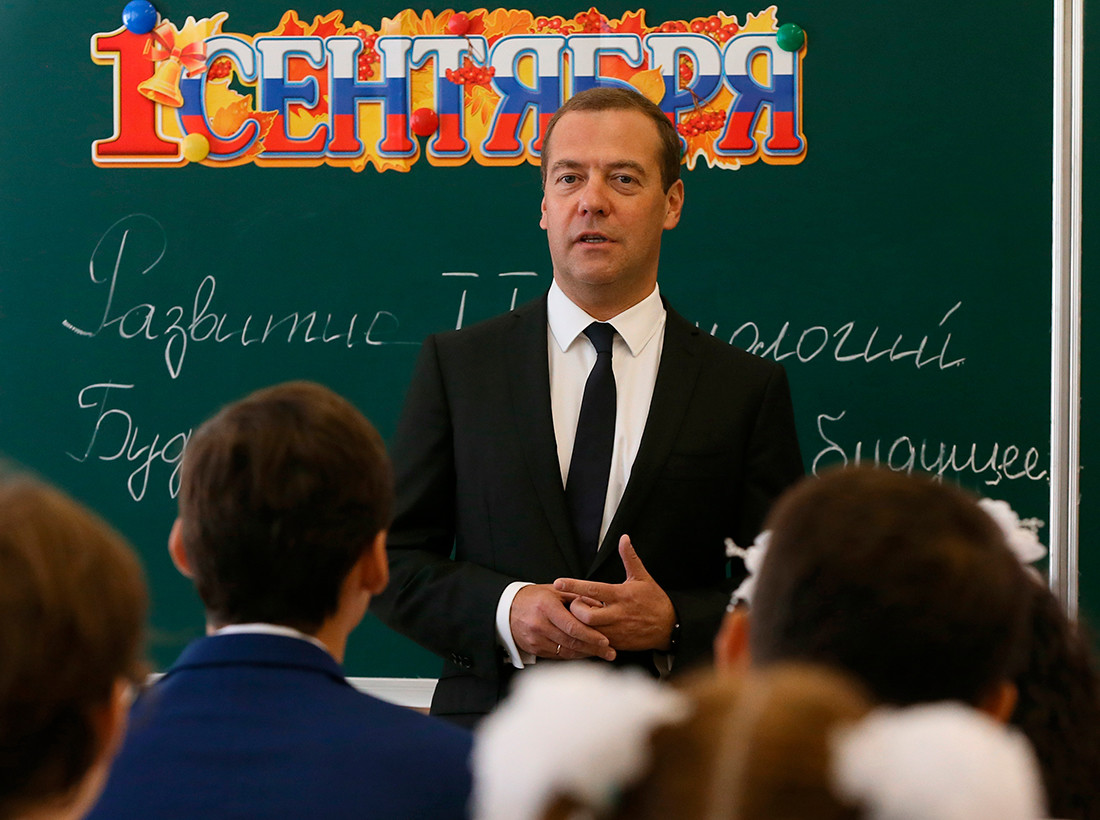 Much like Vladimir Putin, Medvedev graduated from the law faculty at LGU. Unlike him, Medvedev stayed there as a teacher for a while. From 1988-1990 he was teaching civil and Roman law in the same faculty.

At the same in the 1990s, Medvedev was working in St. Petersburg City Hall under Anatoly Sobchak, communicating closely with Putin. Soon after Putin led the government in 1999, Medvedev followed him to Moscow, working in his administration. Nevertheless, in a 2009 interview, he (as the president of Russia) said that sooner or later he was going back to teaching as it was good for “keeping one in good intellectual shape.”