How to behave in Russia in order not to offend anyone

Lifestyle
Yekaterina Sinelschikova
Legion Media
Dealing with Russian etiquette can be like navigating a minefield – one wrong step may end in disaster.

Maybe it’s all just a cunning Russian game? Richard Garrett from a Chicago suburb, whose Russian wife took him on a “Russia familiarization” trip, used to get odd looks when he would try to hand the money to the cashier when paying for something in a store. After a while he realized he wasn’t doing it the “Russian way.”

It’s not that every cashier in Russia will give you a disdainful look if you try to hand them something, but generally speaking it’s true that Russian shop assistants don’t like touching customers’ hands – "Put it in the dish, don't invade my personal space!" Unluckily for you, Russians have many mysterious etiquette "buffer zones,” which you’ll probably learn about the hard way as no one on will tell you about them...apart from us, that is. Here are a few of them. 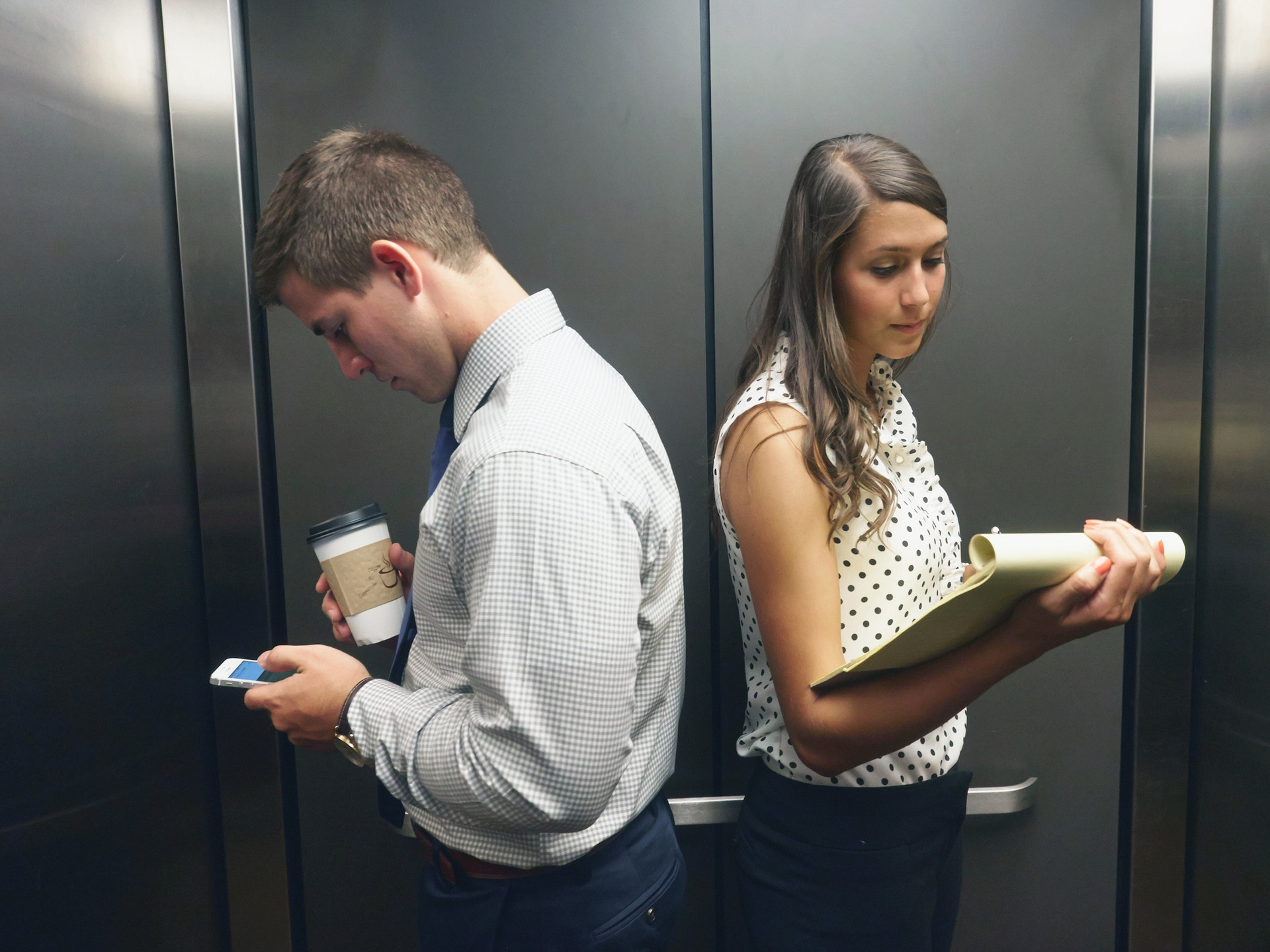 You’re in an elevator, someone else steps in (maybe even your neighbor), and you continue your journey up or down in complete silence. Or even worse: you say "Good morning / afternoon / evening" and hear nothing in return. Unpleasant? Rude? "On the contrary, we don’t look at a person standing next to us in an elevator or at a bus stop late at night. We are therefore telling them: I do not see you and therefore do not represent any danger to you. Likewise, don't look at me and don't say hello," linguist Michael Krongauz explains.

When surrounded by strangers, Russians tend to seek anonymity. Keeping your distance and not making eye contact is the perfect way to stay invisible. If given an opportunity, we would take another elevator in solitude. So don’t hold a grudge against us, Russians believe that these are good manners – try not to invade their personal space in return. 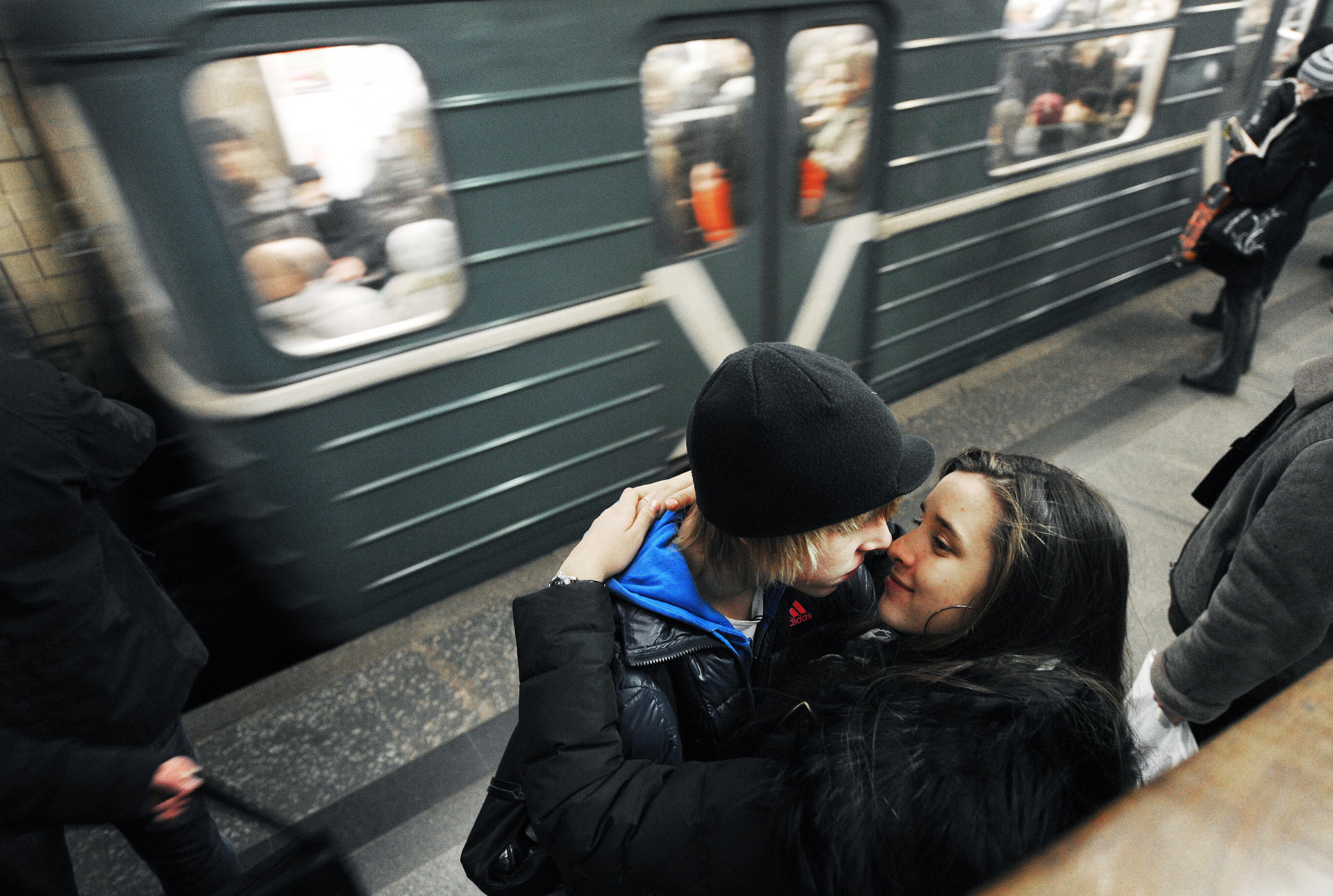 When on public transport, follow the same principle – remain invisible. Hone this skill. For example, don’t smooch in public: singletons, grumpy middle-aged women, and babushkas who have forgotten what intimate contact is like don’t want to see you playing tonsil tennis. Also, don’t eat while on the subway or bus, peek into your neighbor’s phone or book, or file your nails. As far as nails are concerned, this might be obvious, but unfortunately not everyone realizes. Your fellow passengers are unlikely to say anything to you (they’re pretending to be invisible, remember?) if you’re spilling nail dust everywhere, but you’re sure to get some disgusted looks. 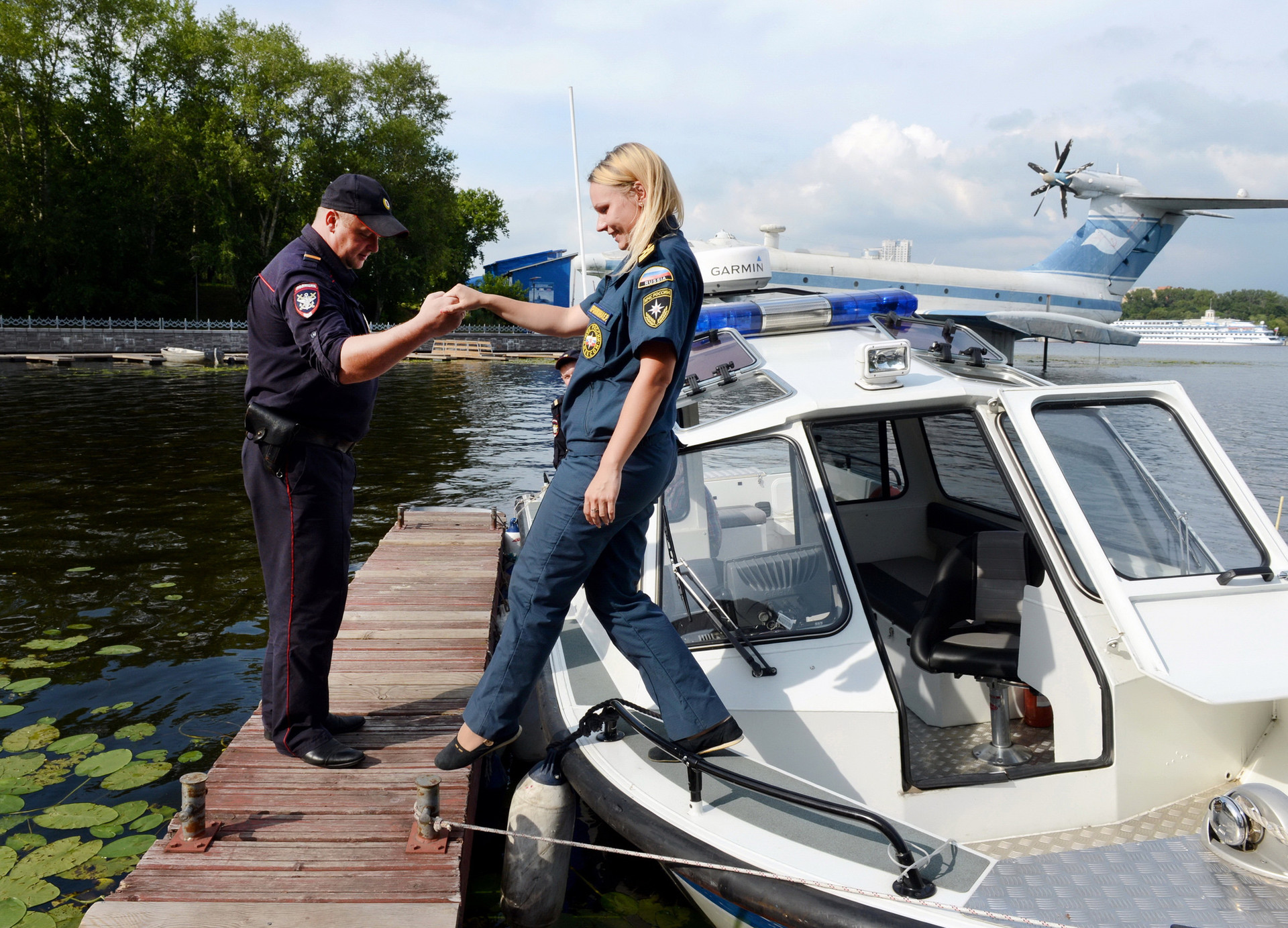 Indeed, in Russia gender stereotypes still hold sway: men are expected to use every opportunity to display their masculinity and financial clout, while women are expected to appear fragile and reserved. Russia is not a country where feminism rules supreme. Moreover, it often turns into another ingenious game, where “yes” means “no” and “no” means “yes.”

If a woman is carrying a heavy bag, a man should offer to help her. She may refuse at first (out of politeness, not because her feminist sensibility has been offended), but here (pay attention) a polite man does not back down, but insists. The rule of not offering one's help until you’re asked for it does not work here. Men hold heavy doors for women, give up their seats on public transport, pay for women in restaurants, and refrain from foul language in women's company – most of the time, anyway. 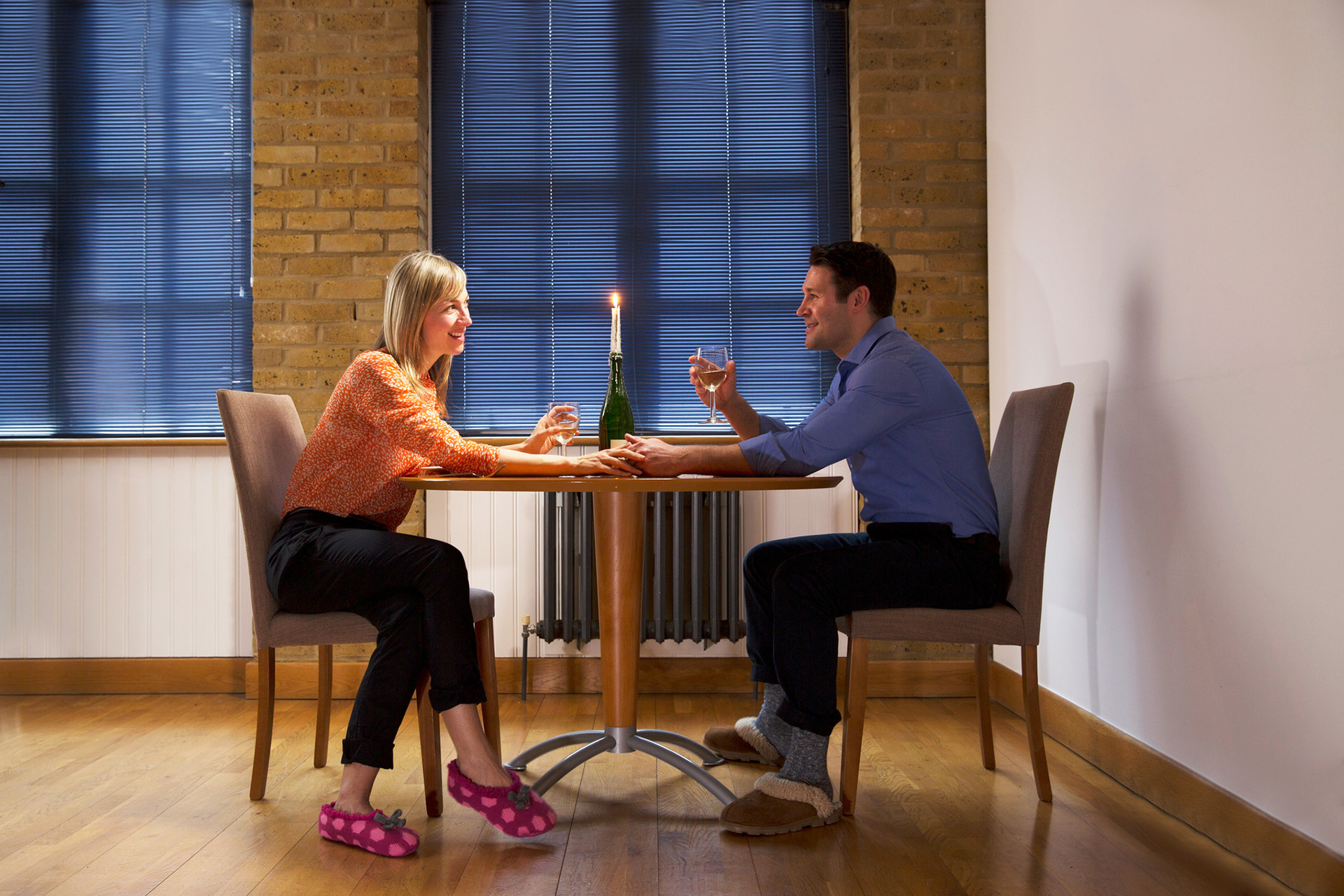 You’ve probably heard that Russians change their shoes when they get home. They have special footwear for home (slippers), while some – of particularly rebellious spirit – walk barefoot at home. Well, this rule is easy enough to follow, however, sometimes the boundaries between public and personal space are so blurred that a foreigner gets easily confused.

For example, on a sleeper train, when you leave your compartment to get hot water for your tea, put your shoes on. "Or at least don’t do it in your socks," says Garrett.

"I once figured that, since my shoes are off inside my compartment, they ought to be off when I walk to the end of the car to get some hot water from the samovar (after all, was I not still 'inside’?). Oh, hell, this lady chased me all the way back to my compartment yelling in Russian and pointing at my feet. I thought she’d never stop." 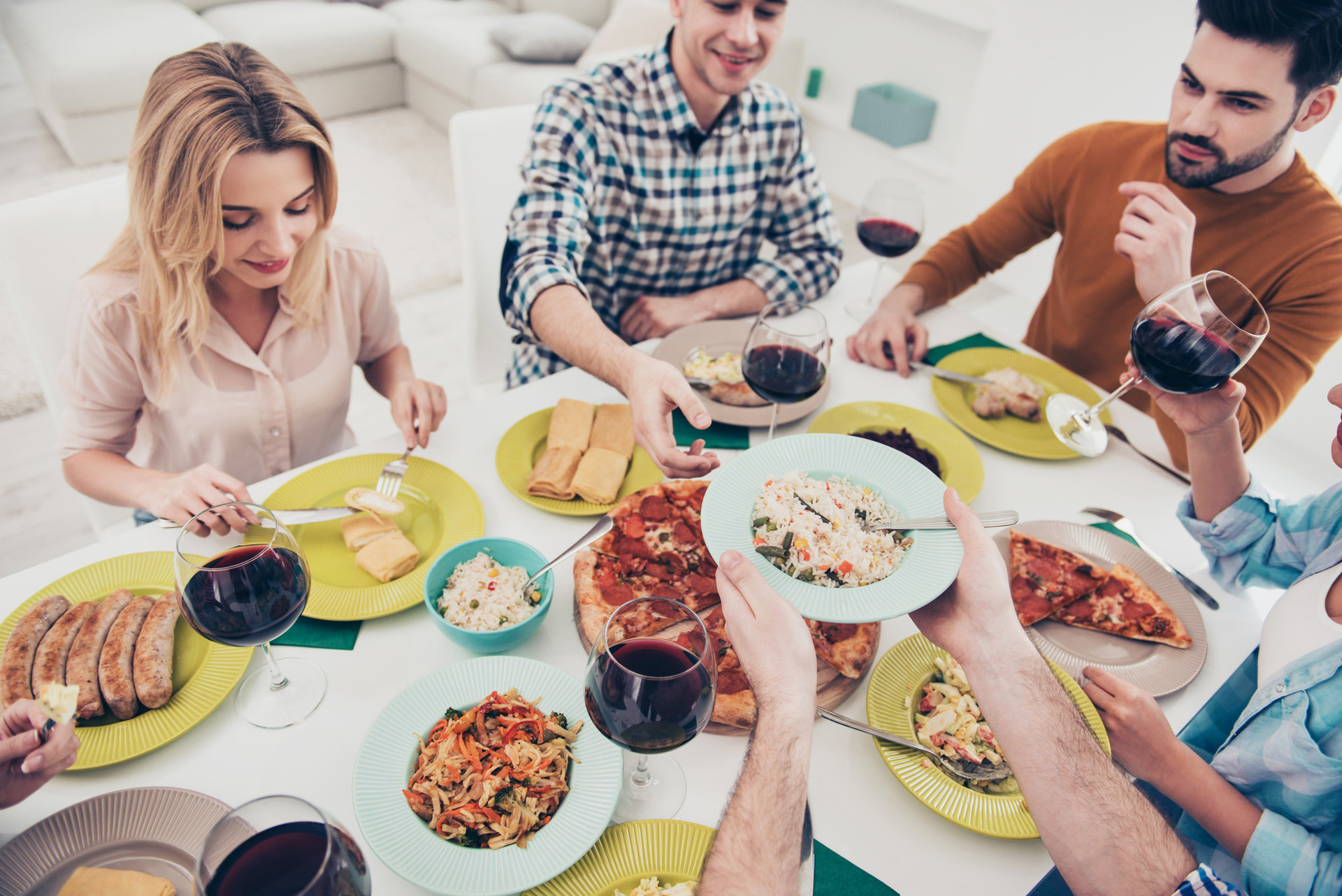 This is the cornerstone in understanding good Russian manners. It’s an uncompromising, unequivocal, win-win policy. To avoid offending a Russian all it takes (at least for the first time) is to bow down to their demands, especially when it comes to hygiene...

If you’re asked over to a Russian's place you’ll probably be shown where you can wash your hands – and invited to wash them. Russians are usually pretty obsessive about washing their hands, especially after being outside or on the metro. If you insist on not washing your hands you will not be looked upon favorably (as one of our authors learnt first-hand). So trust us and wash your hands!

Here’s another example: you are invited to dinner, you were expecting something like pasta or a pie, and you walk in to find a table laid with enough food to feed 30 hungry lumberjacks. Good manners require you to sample every dish and show your admiration (or at least show that you’re flattered, after all, all this has been prepared for you). If you’re offered a drink, drink at least the first shot.

lifestyle How to survival guide