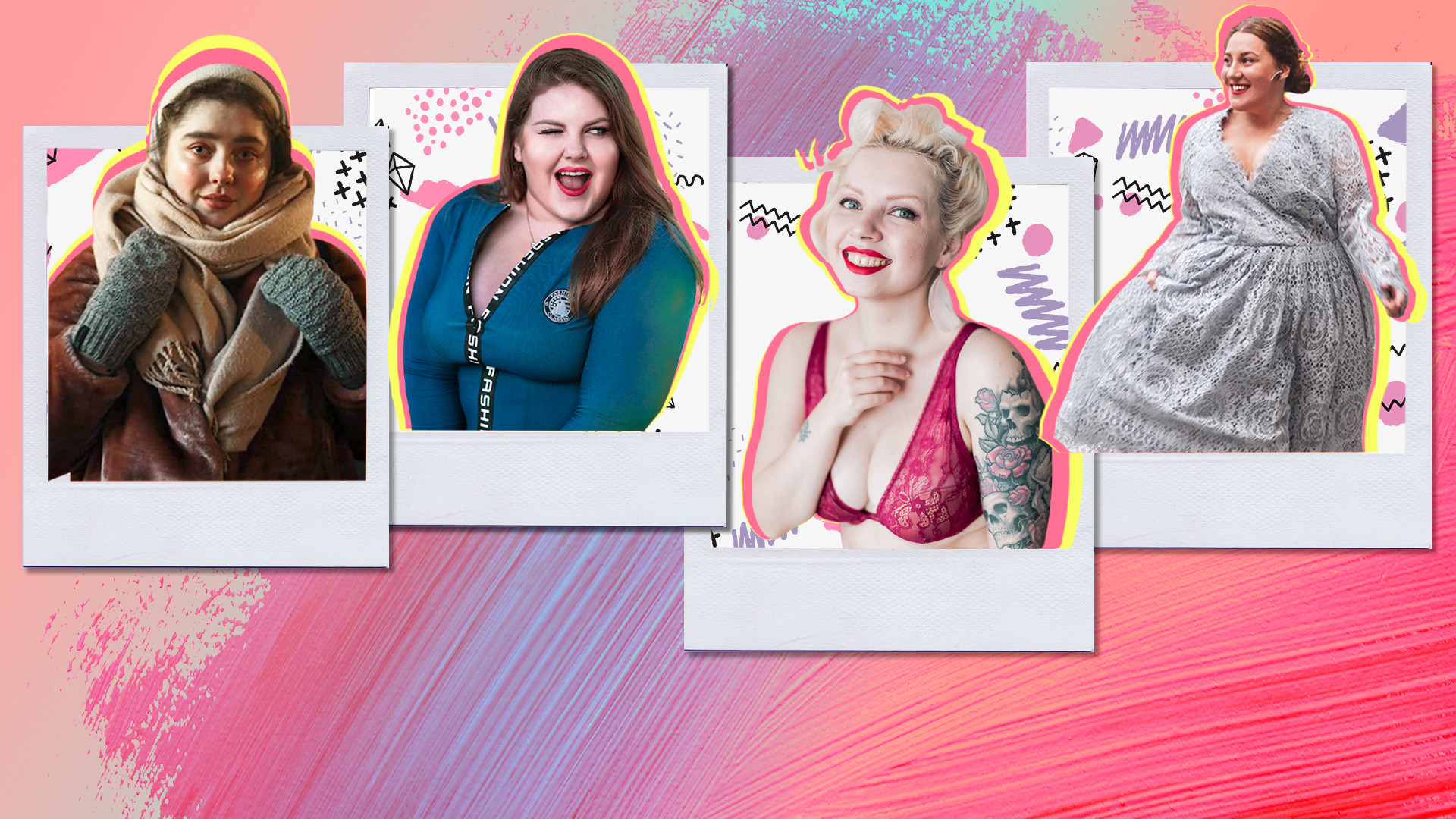 Asya Lunegova, Angelina Rusanova, Pushba, Tatyana Komina, Pixabay
How to feel comfortable in your own skin? Meet the women who consider the generally accepted norms of beauty to be old hat.

The body positivity movement in Russia is thought to have begun when Glamor magazine editor-in-chief Maria Fedorova started promoting her own plus-size image in social media. But it only lasted a few years until she was offered the top job at Vogue Russia, whereupon the body positivity posts vanished along with several kilos around her waist 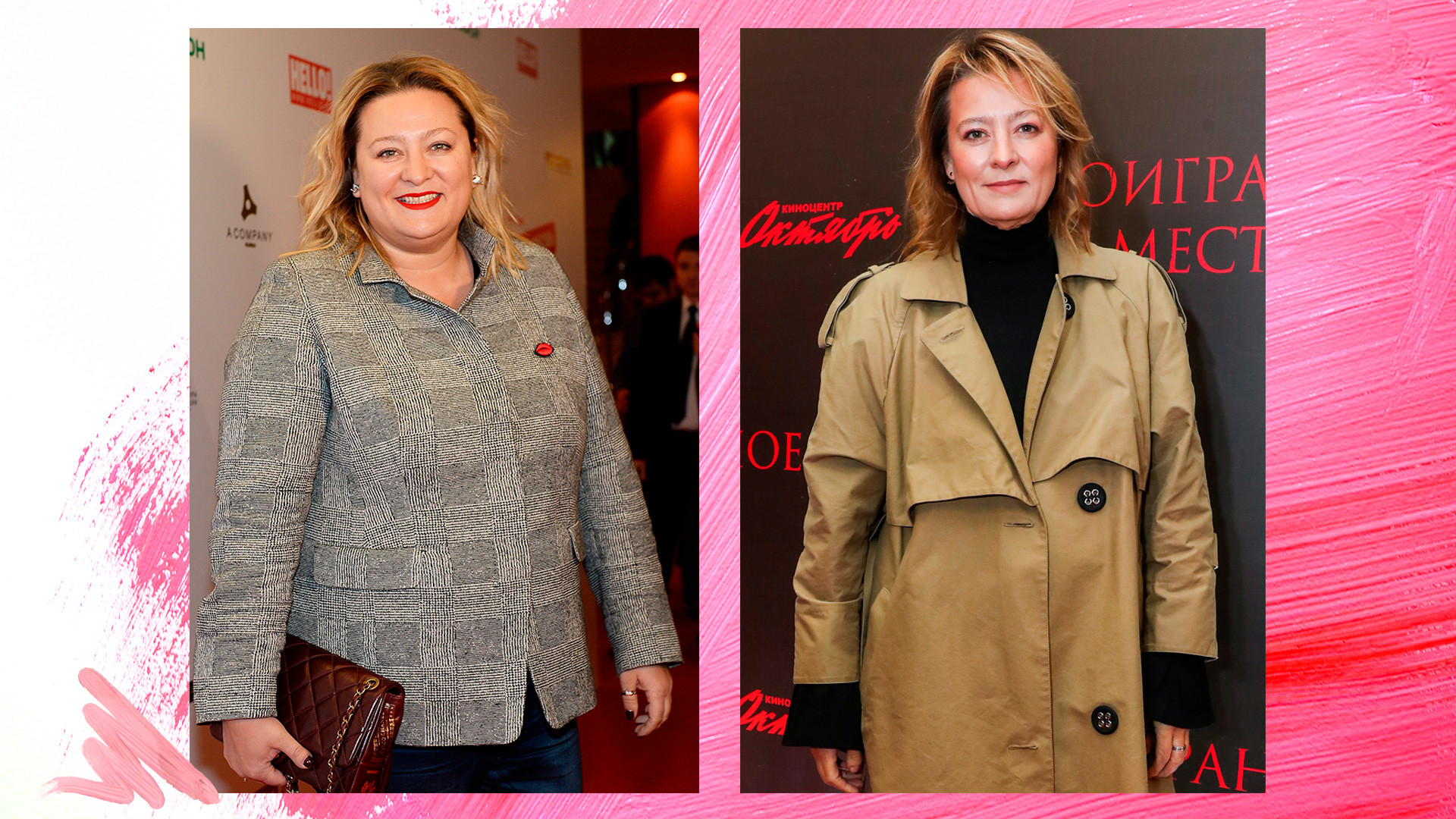 heroines of this piece, however, are standing firm, and assert that being a slave to society’s demands crushes all individuality. Does it?

'Nobody owes anything to anyone other than 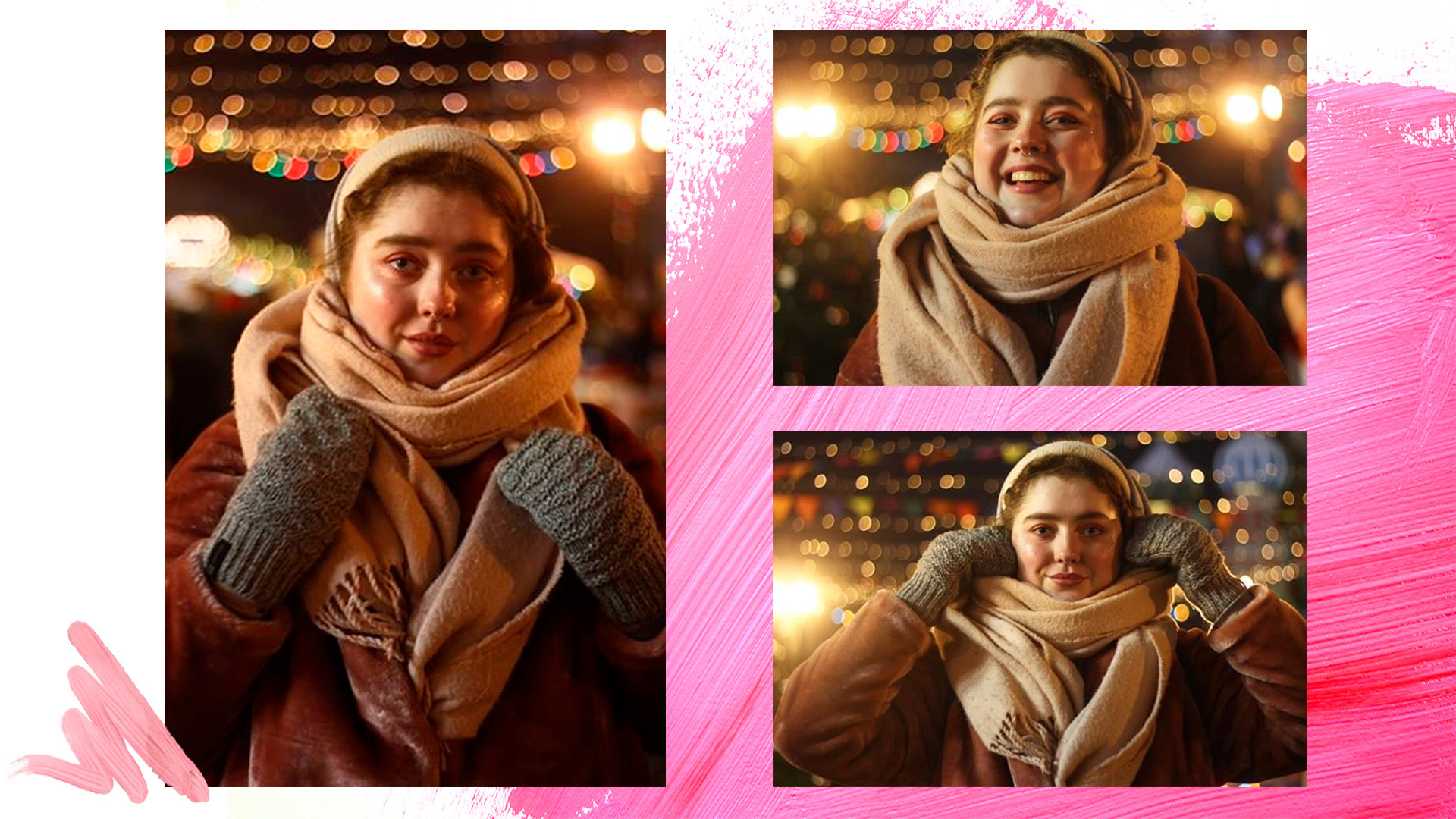 her tender age, Asya Lunegova raises some very serious issues in her blog, such as how to treat everyone, and oneself in particular, with respect, even when those around are trying to thwart this noble intention. She belongs to the new wave of intersectional feminists who advocate equal rights, regardless of gender or orientation, and strives to combat "fat shaming."

“In grade 5-7, I shot up and felt about two heads taller than my classmates. I was bullied as a result, especially by boys. Then early puberty caused me to gain weight, which combined with my height made the bullying even worse. If tolerance is not taught in early childhood, people can fall under the influence of those who consider bullying as the norm. They basically have two choices: either resist and become an object of harassment themselves, or go along with bullying others.”

She does not hide her measurements or preferences, openly declaring that she is a feminist who stands 180 cm tall, weighs 100 kg, and adores everything pink and fluffy. “I could be any kind of feminist or not at all. I’m for equality, respect, tolerance education across the board.” 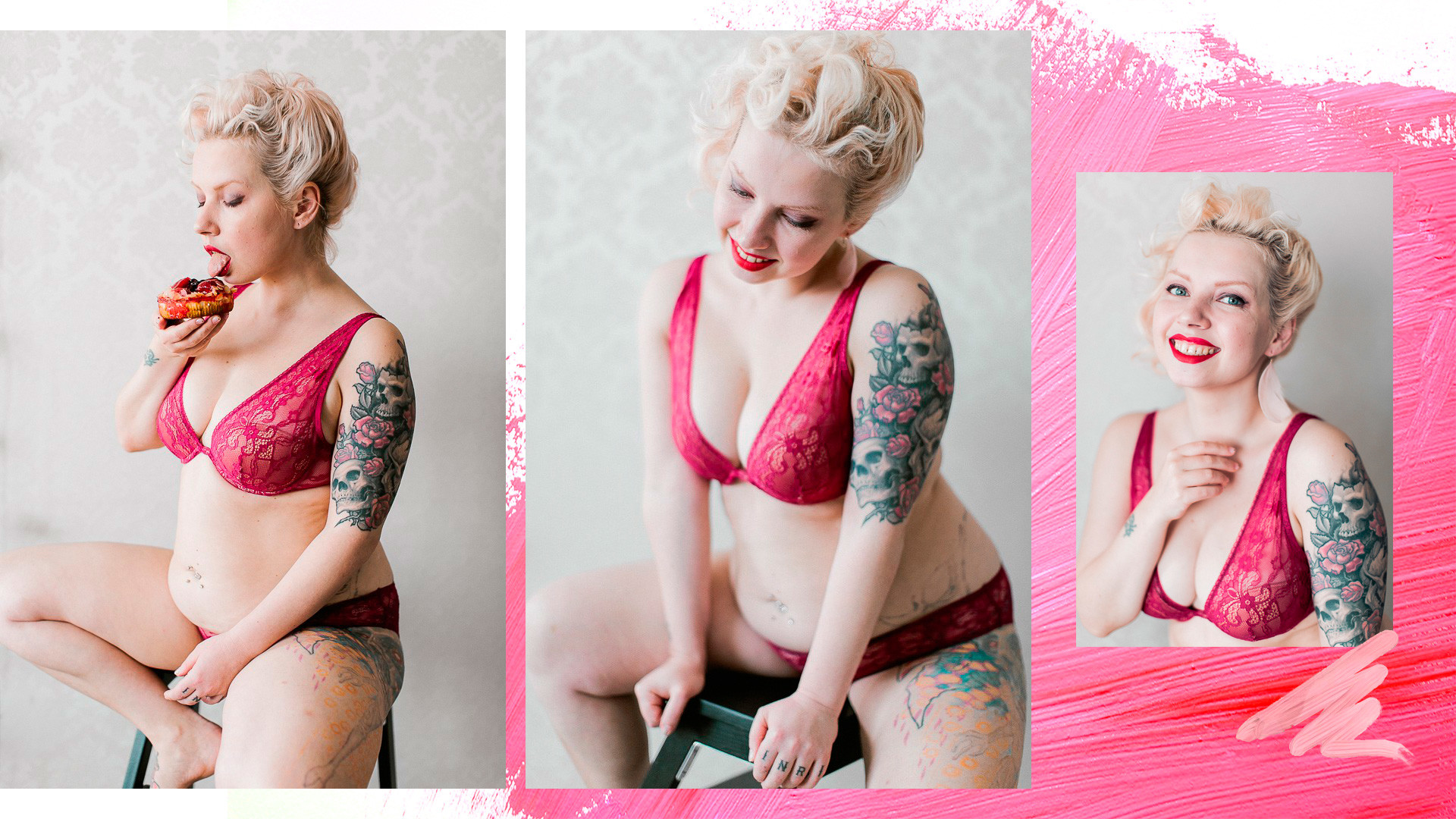 The fair-haired Pushba (her online handle) is one of the most popular bloggers on the Runet. As a photographer, she understands the importance of meeting certain criteria in the advertising industry. But if you’re not a model, these standards don’t apply, she says, and publishes her body positive photos with no airbrushing or hesitation at all.

“After a C-section, I saw my stomach and realized I had two options: hate or accept myself. The latter was preferable. There is no law saying that a person should look a certain way. But every time I upload my photos, I run into stereotypical and impassioned comments about having a ‘non-aesthetic’ stomach and not being like everyone else.”

For Pushba, beauty standards can be applied when searching for a catwalk model, for example. But why burden ordinary people with them? “The only thing they need to do is get used to themselves and make society get used to them.” If you think you’re ugly, you need to look at yourself from all sides, she says, and recommends taking more photos and publishing them without selecting the so-called best angles. “If you’re photoed face forward, you’ll look slimmer, and if from the side, your belly will be visible. But there’s nothing wrong with this angle, it’s just your body.”

But isn’t body positivity just an instrument of self-expression? “When I shaved all my hair off or got married in a black dress, people said I was just trying to be shocking. But for me, it’s a way of life, that’s the difference. I’m against doing things purely for show.” 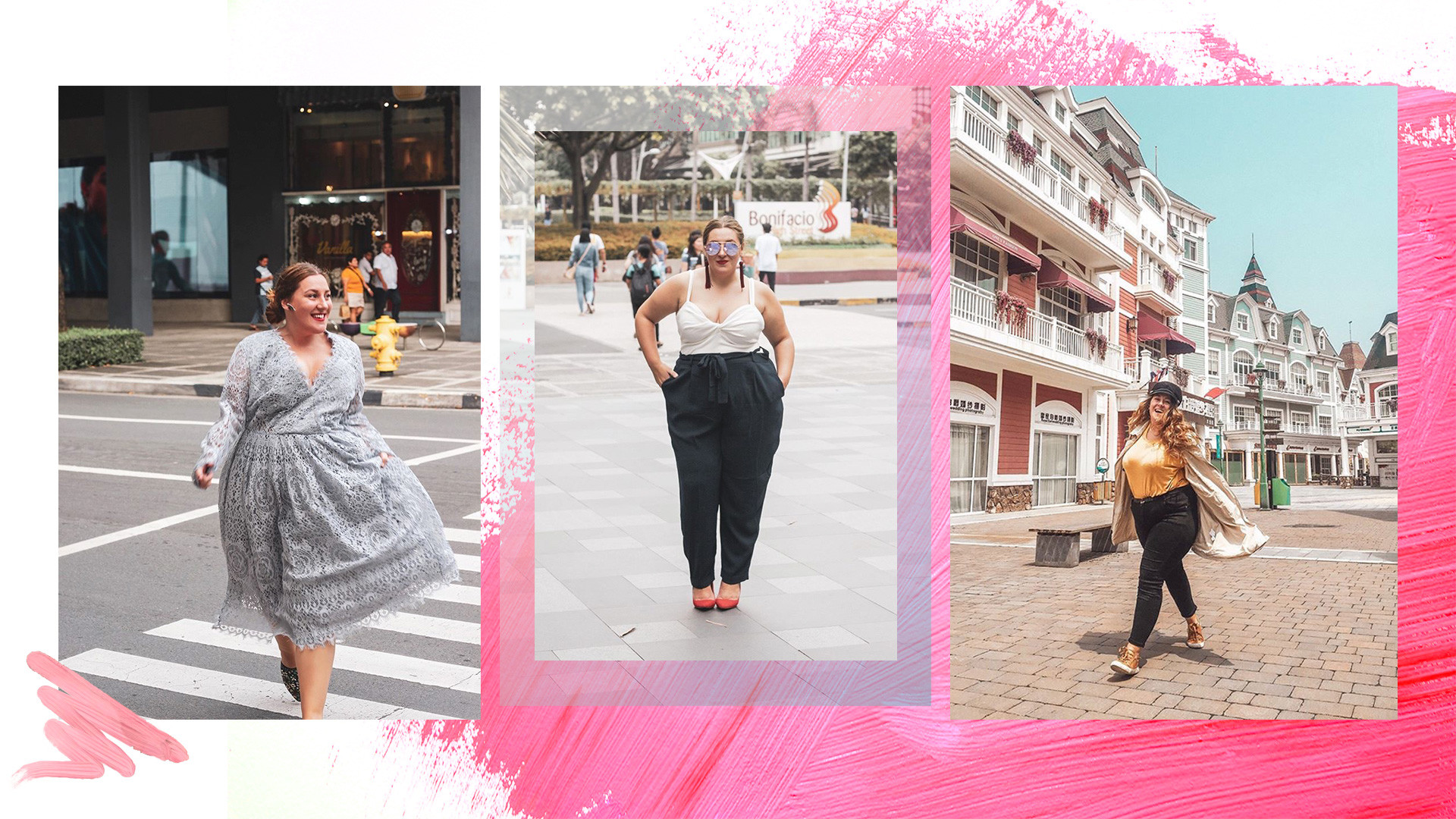 In the fall of 2018, Tatiana held the first plus-size marathon on Instagram, in which 1,600 people took part. Among the invitees were a psychologist, a stylist a modeling school director, who all gave up their time for free to help other women discover themselves.

“In Russia, much more attention is paid to people’s clothes, figure and appearance than abroad. And if you don’t fit in with the accepted norms, you will be told about it.”

Tatiana says that now she feels beautiful. But it wasn’t always the case. “As a student, I took dance classes for a year and a half. The hardest part was looking in the mirror. One time, the trainer put me in front of it and told me to look myself in the eyes. I almost cried, but every time I looked away, she added more time. I stood there for two hours. Then I met a woman who weighed 150 kilos and paraded around in shorts, her eyes burning with self-love. I wondered how she could do that, while I was suffering so much.”

Four years ago, Tatiana discovered the body positive bloggers, and she liked how uninhibited they looked. “The last step was a conversation with my because she was the one who had always said (well-meaningly, of course) that I needed to lose weight. So I wanted to hear her say that I’m beautiful.”

'Not fitting in is really great!' 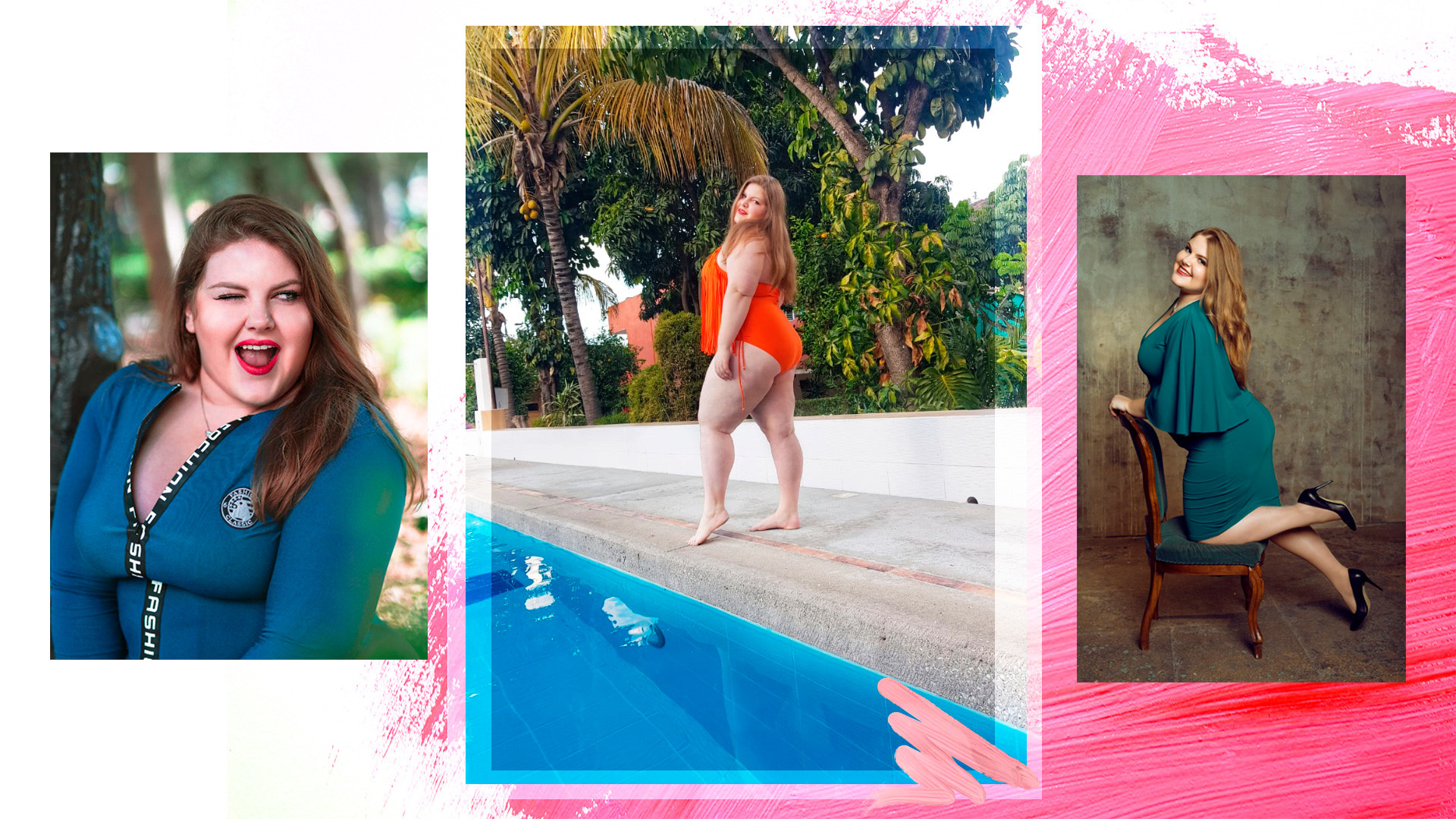 Fashion model Angelina uses her blog to share tips on how women of non-standard size can change their attitude toward themselves.

She explains that beauty standards are the invention of a gigantic industry set up to sell products that promise the perfect, mythical image as conceived by photographers, stylists, makeup artists and the like. “In real life, stars look like ordinary people with spots, wrinkles, gray hair, stretch marks and saggy breasts. But we are continuously told that to pass the ‘body test’ we have to work out, take vitamins and buy expensive cosmetics.”

“I don’t fall into any beauty category and lead a full life with a full body, which really irritates the self-proclaimed experts. I value life, that’s all, and refuse to waste it on worrying about what other people think of me,” says Angelina. “Not fitting in is really great!”