Are there any ‘freegans’ in Russia?

Lifestyle
Ksenia Zubacheva
Pixabay
Most people would turn their nose up at foraging for discarded but perfectly edible food in a dumpster, but not freegans. "Dumpster diving” helps people save money on groceries and promotes a more sustainable way of living.

Two dozen eggs, six packs of mozzarella cheese, a few bottles of milk, some yogurt, cucumbers, oranges, bananas, and apples – these are just some of the items found by 23-year-old auto mechanic Dmitry on his latest freegan run in Moscow. “I surf shop dumpsters for food every if I can. There are quite a number of spots in my area and I only go to the shops to buy salt, pepper, and other spices,” he says.

Dmitry is a freegan – someone who chooses to scavenge for food instead of buying it as an act of protest against the consumerist food system.

According to the UN’s Food and Agriculture Organization, roughly one-third of the food produced in the world for human consumption every year — approximately 1.3 billion tonnes — is lost or wasted. While in Europe and North America, the amount of yearly wasted food per person is 95 kg and 115 kg respectively, in Russia this indicator is a bit lower – 56 kg. Russians tend to dispose of 20-25 percent of purchased goods, according to the Federal State Statistics Service 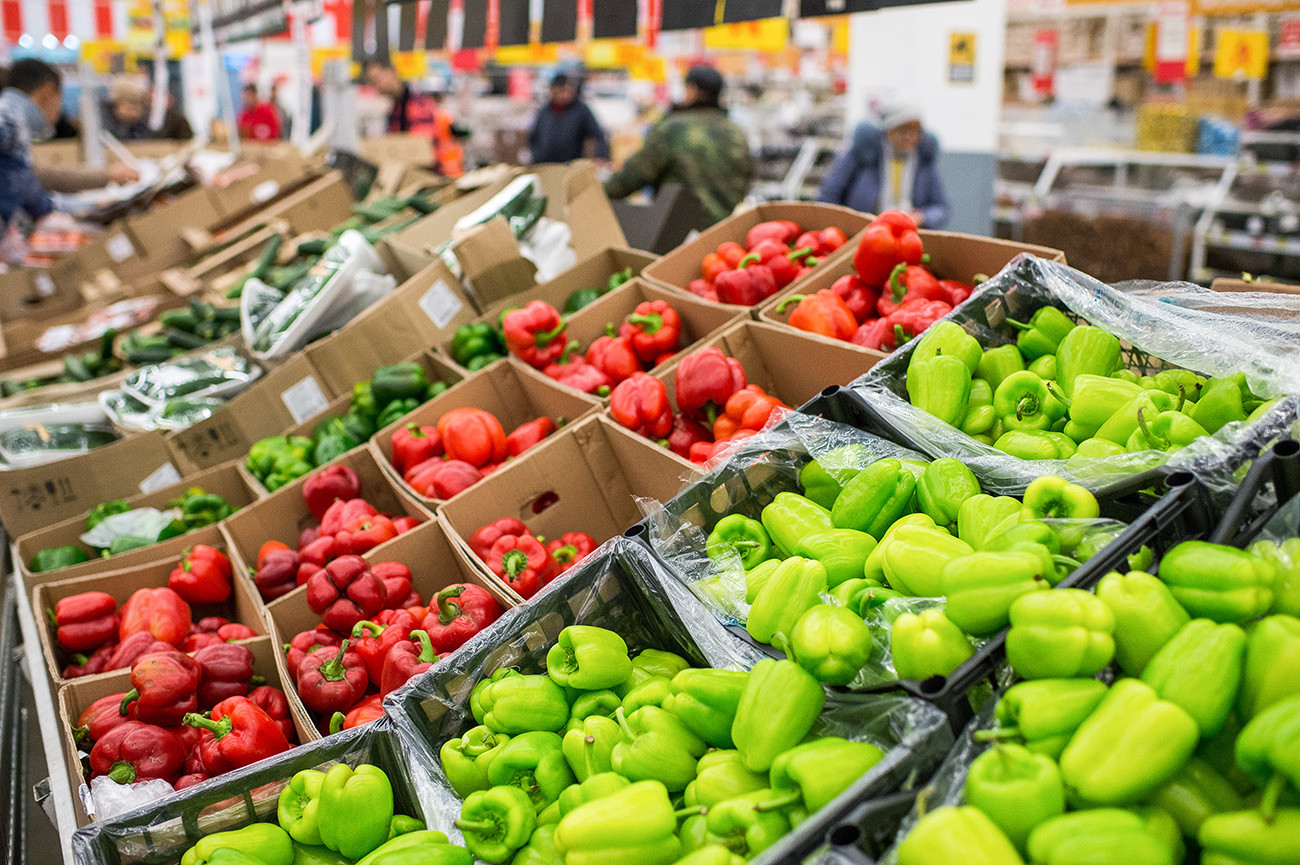 freegan movement originated in the U.S. in the 1990s to counter unsustainable consumerism, but it’s relatively new in Russia. It’s difficult to trace the exact number of Russians who follow a freegan lifestyle but communities on social media have hundreds of followers, mainly from large cities like Moscow, St. Petersburg, and Yekaterinburg. Many freegans like Dmitry share pictures of their finds online, exchange tips on finding and cooking discarded but edible food, and even come up with maps with “go-to” locations.

“It all started in 2015,” he recalls. “At that time I hitchhiked for the first time to get to Sochi and fellow hitchhikers told me about freeganism. I didn’t have a lot of money and lived in a tent on the beach so I decided to try this for myself.”

A way to protest or survive

e some people are disgusted by the thought of scavenging for discarded food, Dmitry’s friends don’t judge him and he’s never had any run-ins with shop owners. “My family and friends support me and sometimes I even share what I find with them. I know many fellow freegans. It’s understandable that a lot of people are interested in getting food for free.”

Indeed, if for some people freeganism is a way to counter food waste, for many in Russia it’s often financial problems that push people towards such a lifestyle. Many elderly people like Sergey, a retiree from St. Petersburg, are also known to look in dumpsters behind shops. “Sometimes I find bread or veggies. Last time I saw a box of tangerines. Someone had thrown it away, but I couldn’t take it physically – my home was far away,” he says 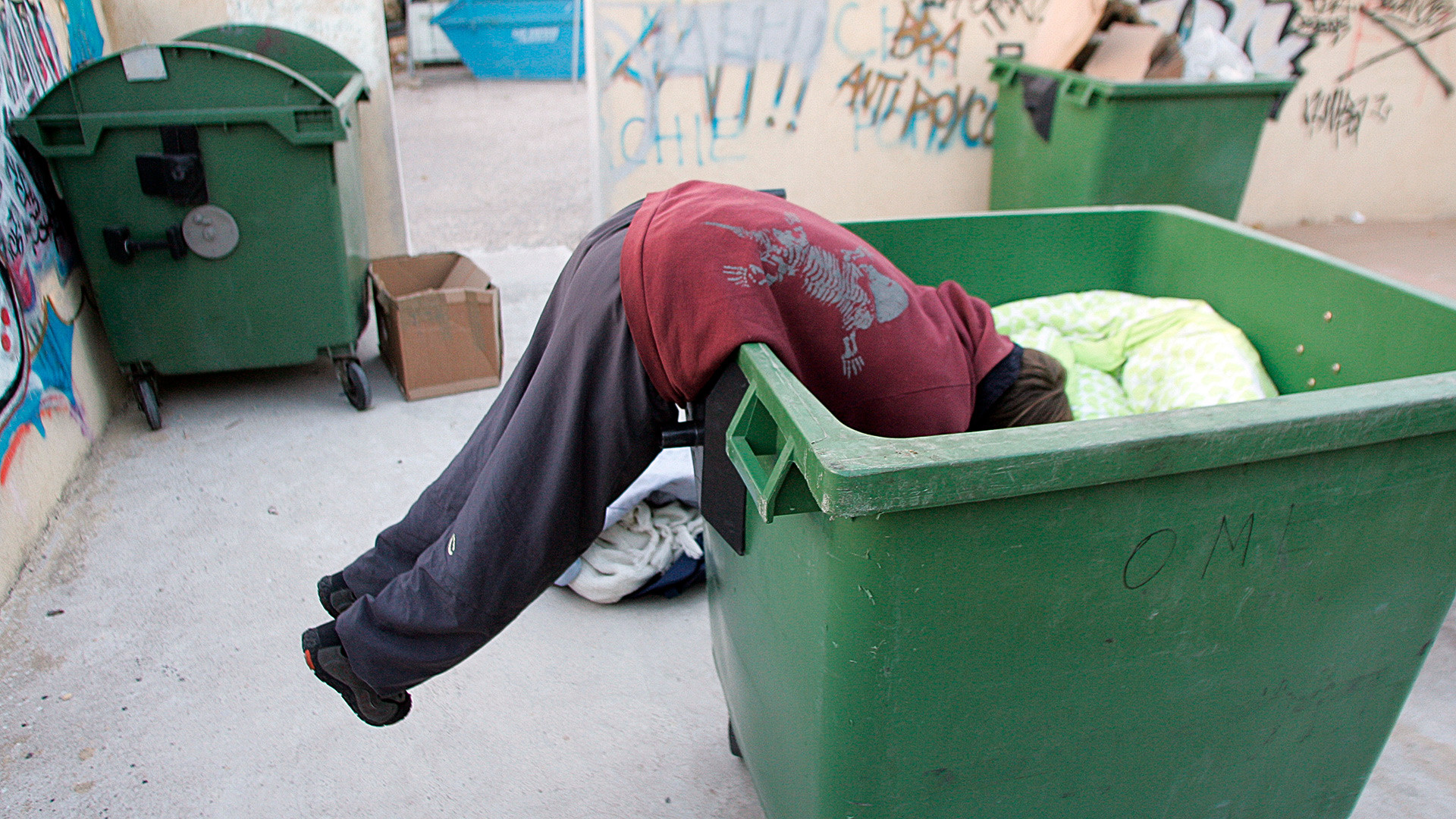 , a 29-year-old freelancer from Moscow who practiced freeganism three years ago, also admits that she resorted to such because of her financial situation. “There was a period when I spent a lot on renovating my apartment and had no orders at work. I had too many bills so I started to save money on food. I saw a movie about freeganism and decided to look for people who practice it – I met one young woman who had a difficult financial situation as well and we would go to grocery shops once a week browsing through dumpsters or looking through clean boxes with beaten veggies that shops would leave outside,” she says. “We used to get a lot of good products. I would only take things that were packaged or that I could boil. I never ate anything raw.”

After the financial crisis ended, so did Maria’s freegan ways. “If I had time I would continue leading this life but in it’s quite unpleasant. If something is dropped in the dumpster I won’t use it. Even in the you can often see products that already look bad.” 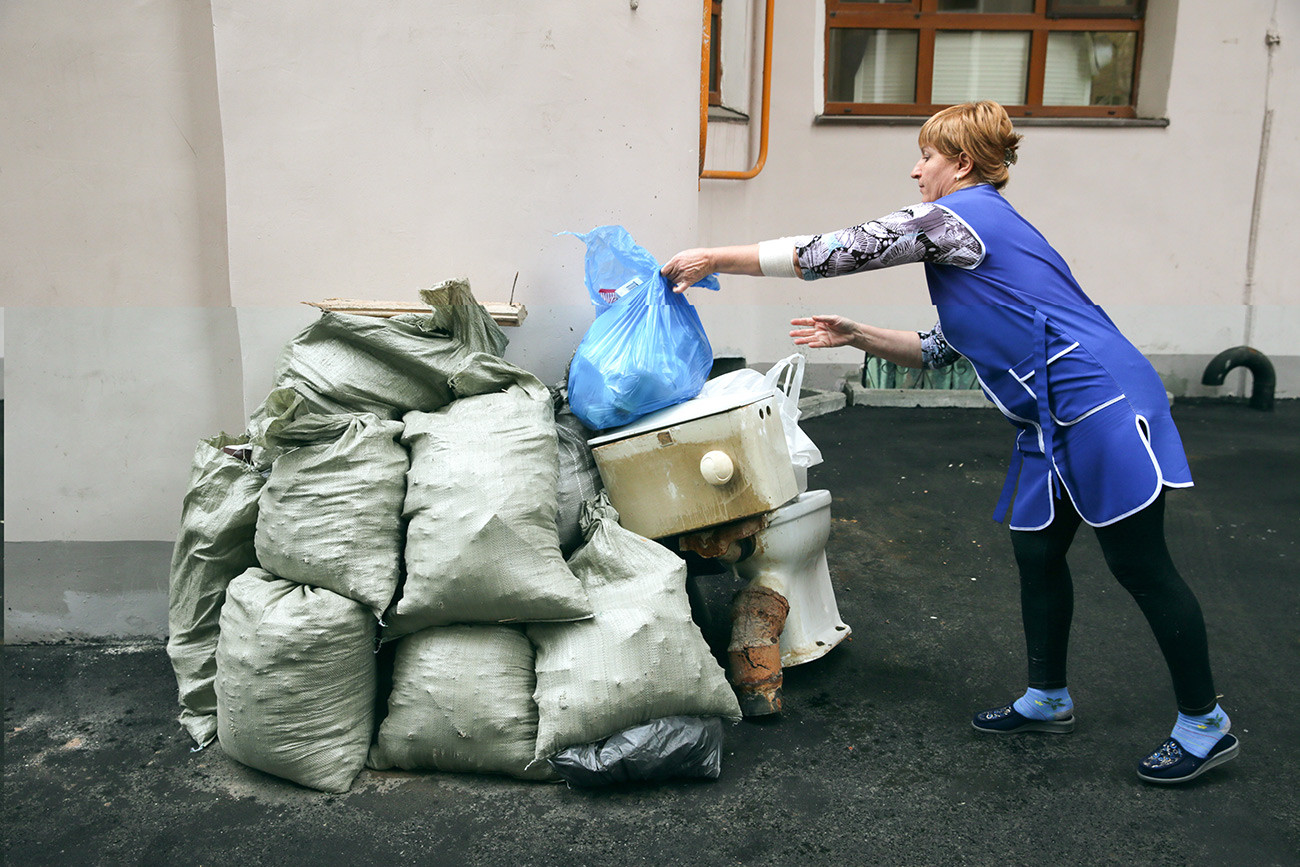 While freegans and like-minded charity activists promote a more sustainable approach to expired food products through food sharing, using discarded ingredients, and cooking free meals for those in need, Russian grocery retailers seem to be “tied up” by legal requirements.

There have been times where employees were forced to deliberately spoil expired but still edible products with dirty water, coal, or soda instead of giving the food to people, all because Russian law forbids businesses to transfer such expired goods elsewhere. Failure to dispose of them can lead to fines, from 50,000 rubles ($760) to 150,000 rubles ($2,281) for every violation. For the only thing that shops can legally do is to sell products approaching date at a discount.

One small grocery store in Russia’s Yakutsk even tried to introduce a shelf with free products for customers with financial problems, but the experiment failed. As Olga, the owner of the explained, well-dressed people take the food for themselves. “People simply didn’t understand that these products were intended for the poor.” And a similar situation happened in Krasnoyarsk where those in need were too shy to come for the free products while more active customers who sought free food would come flocking in no time.