6 questions about being a vegetarian in Russia 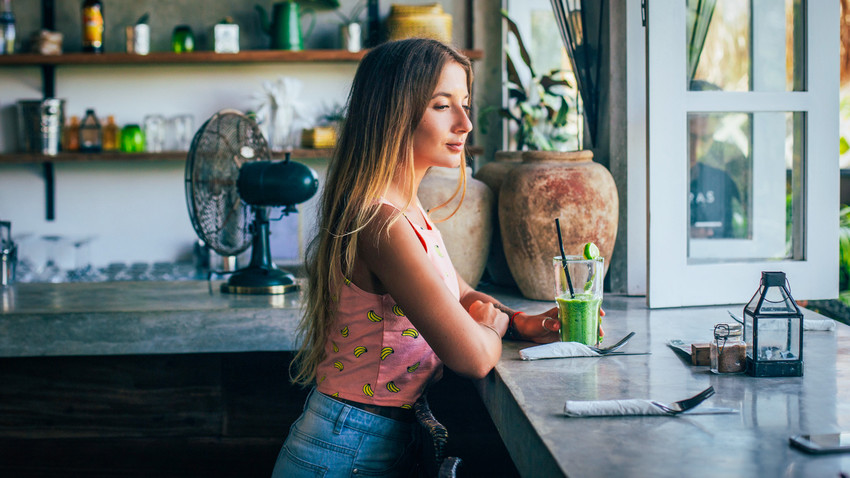 1. How many Russians are vegetarians?

There is no exact figure on the number of vegetarians living in the country, but it’s thought they amount to about three to five percent of the population, with the majority living in big cities, mainly Moscow and St. Petersburg. Vegans are also included in this estimation.

The reasons for choosing such a lifestyle vary: some people just don’t like the taste of meat, some think abstaining from eating animals is better for their health, while others do it out of ethical reasons.

“I didn’t like how meat tasted from childhood, but I continued to eat it simply because I was served meat dishes everywhere - at home, at school, at university, in cafes and restaurants,” says Olga from the Russian city of Serov - she is now a vegan. Then she met a vegetarian and decided to follow his example for a while. She eventually started eating meat but discovered that it had a negative impact on her health so chose to gradually exclude it from her diet.

“The ethical side of the question came to me a bit later and quite suddenly,” she remembers. When she was living in India she began to recognize the value of of even the smallest animals, like ants, which led her to abstain from eating meat because it meant supporting the industries that harm animals. She stopped eating meat and in recent years went further to exclude all animal products from her diet based on both health and ethical reasons.

While the number of vegans and vegetarians remains pretty small in Russia, some celebrities raise awareness. Russian vegetarians include the founder of the country’s leading social media platform VK, Pavel Durov, and the country’s most popular naturalist Nikolai Drozdov, 81, who hasn’t eaten meat for over 45 years! (By the way, did you know that Leo Tolstoy was also a vegetarian?)

2. Are there any vegetarian cafes, restaurants, and shops 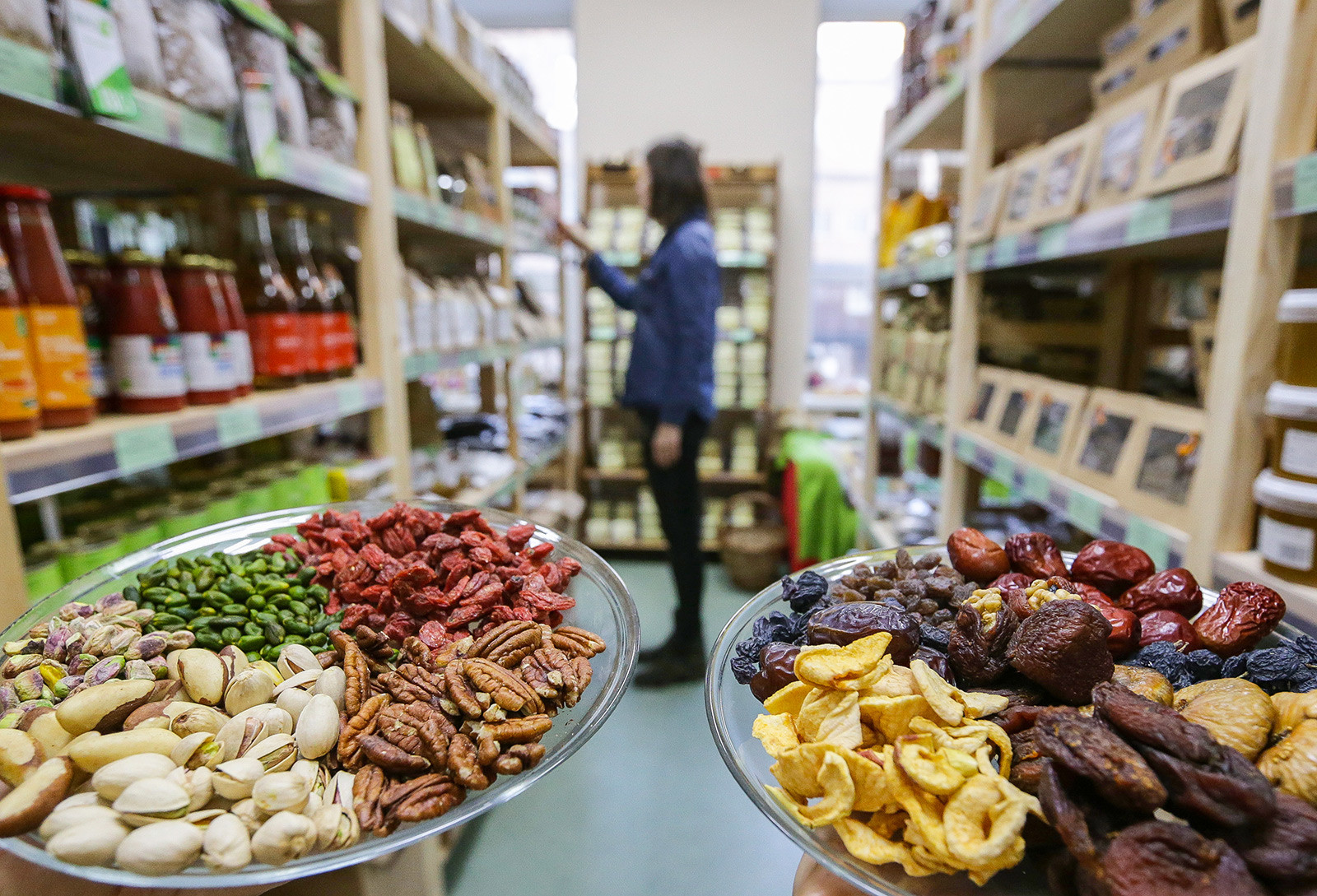 vegetarianism is far from being mainstream in Russia, the number of people avoiding meat is growing, so too the number of businesses catering to their needs. There are several vegetarian/vegan eateries in Moscow and St. Petersburg, and grocery stores where you can buy loads of meat substitutes and health foods. Many of these places also offer delivery and meat-free meal sets. There are even eco-friendly brands like shoe manufacturer Az-Art and makeup store Biozka that don’t sell anything made with animal products

“I became a vegetarian five years ago and a few months later I moved to Nizhny Novgorod for a year. There it was impossible to find anything for such a lifestyle, excluding tofu which I found in a French supermarket,” Erwann from France recalls. “Yet, now I hear that the situation there has changed for the better and some new stores have opened. In Moscow everything is much easier: here one can find many vegetarian shops (Jagannath is like heaven) and restaurants.”

3. Are there any Russian products and dishes that are suitable for vegetarians?

Russian cuisine may be dominated by meat but there are still many delicious dishes suitable for vegetarians. Members of the Orthodox church undertake fasting and abstain from meat, eggs, fish, seafood, and all dairy products during periods of the year: vareniki (traditional dumplings stuffed with potatoes, cabbage, cottage cheese, or berries), meatless variants of and borscht, salad, and mushroom pies are just a few meat-free dishes. Check out the firsthand account of Ajay Kamalakaran from India, who shared his experience of trying some traditional vegetarian Russian dishes.

4. What is the prevailing Russian attitude towards vegetarians?

The public in Russia, especially outside of big cities, still harbors a pretty conservative view on not eating meat. According to a 2018 poll, every fifth respondent (20 percent) believes such a diet is good for the health, while 39 percent think the opposite. The widespread belief among the latter is that a vegetarian diet might cause health problems due to a lack of nutrients and protein found in meat.

Vegetarians often face questions from relatives, friends, colleagues or even random people interested in learning why they don’t eat meat. It’s also not uncommon for people to try and convert vegetarians to meat eaters, claiming animal flesh is an essential part of the human diet.

“If there’s a vegetarian at some gathering, the first 30 min of the discussion will be focused on him or her! It’s like telling someone that you don’t drink alcohol: everyone thinks that you’re either on antibiotics, a recovering alcoholic, or pregnant - no other explanation will work!” says Alexandra, a journalist from Moscow. “If you say you’re a vegetarian, you’d be considered a psycho or someone who is simply chasing a trend.”

The older generations can be guilty of not taking vegetarianism seriously and may go ahead and serve their grandchildren meat, regardless of whether they want it or not.

“My neighbors often invite me for a dinner, but even though they know quite well that I’m a vegetarian they still regularly offer me meat dishes,” says Erwann. “Recently they made (a traditional Russian jellied meat dish) and I had no other option but to refuse.” 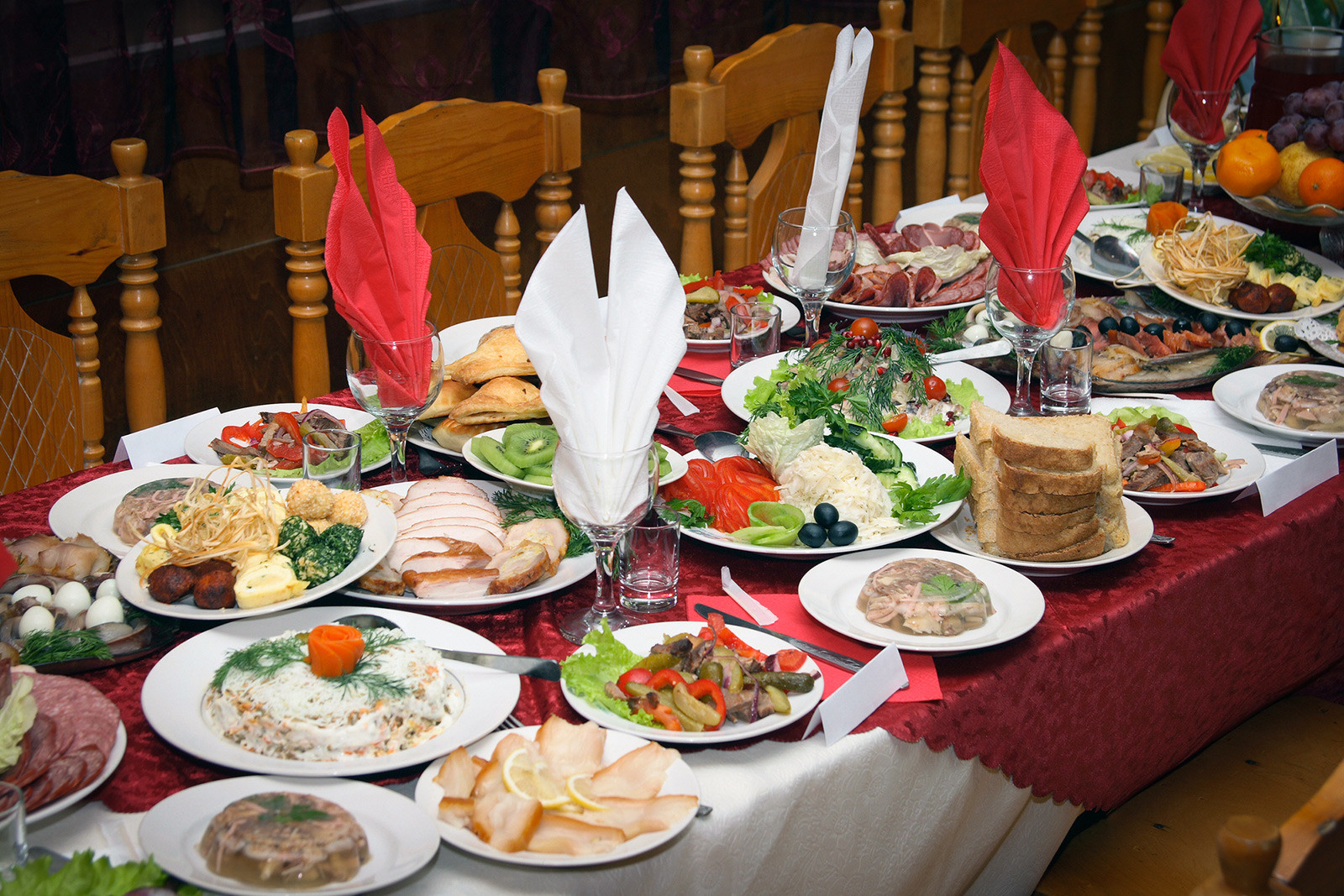 5. Is it possible to survive Russia’s winter without eating meat?

“One has to eat meat to survive the winter” is one of the most popular arguments that vegetarians hear in Russia on a day-to-day basis, especially from the older generation. According to Maria Dobrovolskaya from the Russian Academy of Sciences (link in Russian), agriculture in the north of the country developed slowly during the 12th and 13th centuries when the Little Ice Age was beginning, so people had no choice but to eat what was available: meat and fish.

Yet modern personal accounts show that surviving without meat is by no means impossible. Tamara, 32, a university professor from Moscow, says it hasn’t been a problem for her. As a former meat-lover, she switched to a vegetarian diet two years ago due to ethical beliefs and hasn’t had any difficulty living without meat during the winter.

“There are all kinds of products available in Moscow’s stores, but the question of clothing poses some problems,” she says. “Recently I learned that even goose down jackets are made non-ethically with birds being plucked of their feathers while alive, so now I have a problem with finding something for the winter. ”

6. What are the key problems vegetarians/vegans face in Russia 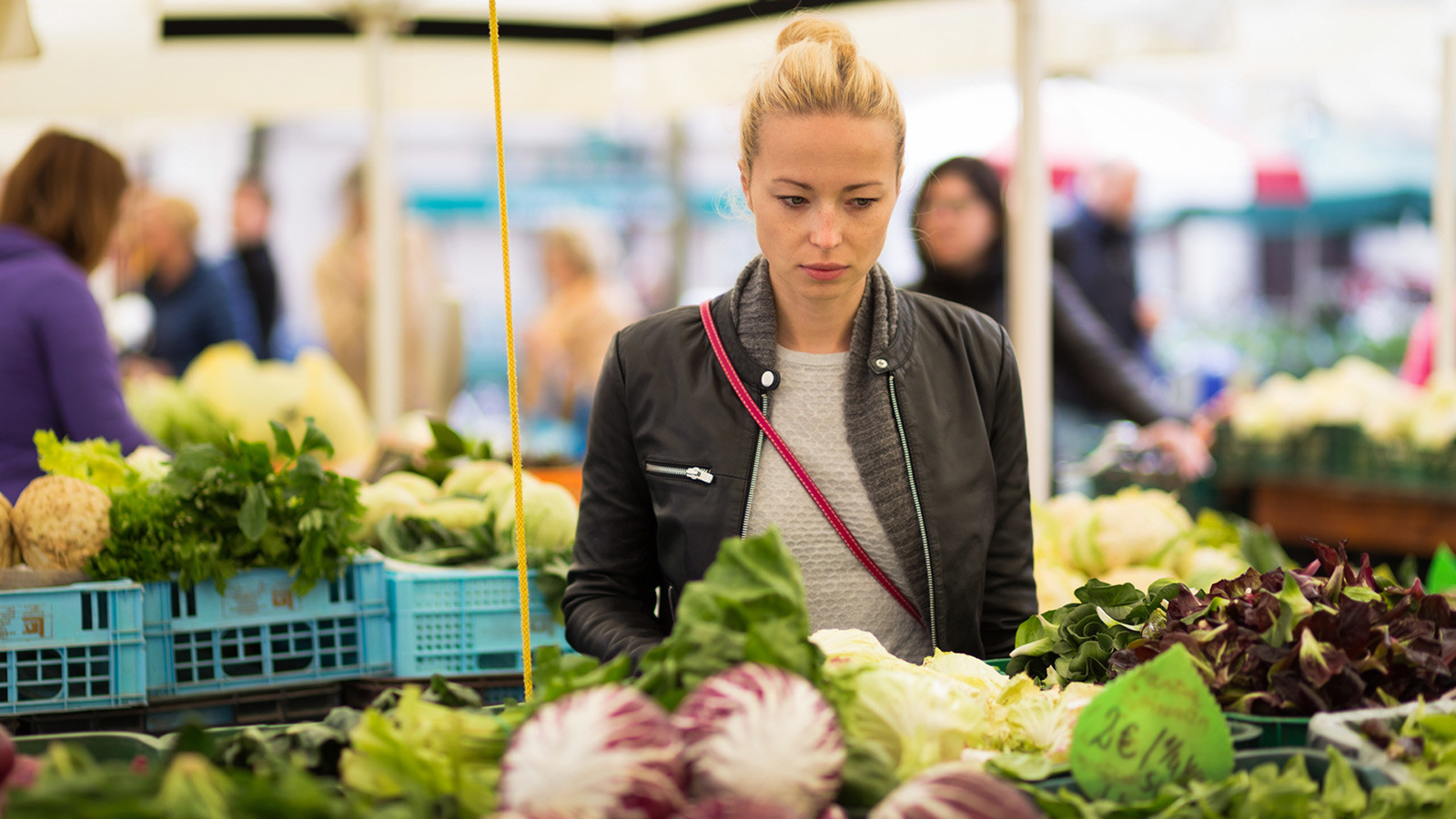 from the lack of clothing options and slightly tedious public attitude, vegetarians also say that it can take a lot of effort to maintain their lifestyle. Anna from Moscow, who was a vegetarian for seven years before stopping in 2015, recalls that it was an interesting period of her life, but she doesn’t want to return to it because it simply took too much of her time to plan and cook food, as well as being more expensive. “This wasn’t something a mid-income person could afford,” she argues.

Others note that being a vegetarian in Russia means constantly telling everyone about your eating habits. “I have a vegetarian friend who complains about the necessity to remind people about her not eating meat every time she’s in public,” says Oleg from Moscow. “Recently at a someone ordered a pizza, but forgot about her being a vegetarian (she was in another room and couldn’t remind them about it), so she ended up picking out the sausage before eating it.”

Another problem, raised by Olga who has a seven-year-old son (a healthy vegetarian boy), is coping with maintaining her child’s diet while he’s at school or with relatives: “It might be hard sometimes to avoid freaking out and not ruin personal relationships!”

Despite all that, everyone acknowledges that the situation is changing for the better. “In big there are more and more cafes, restaurants, shops, and books catering for vegans and vegetarians,” says Olga. “The circle of such people in Russia is growing and they inspire each other, sharing their experiences and stories online. All in all, vegans in Russia are enjoying a better (and more fun) life.”