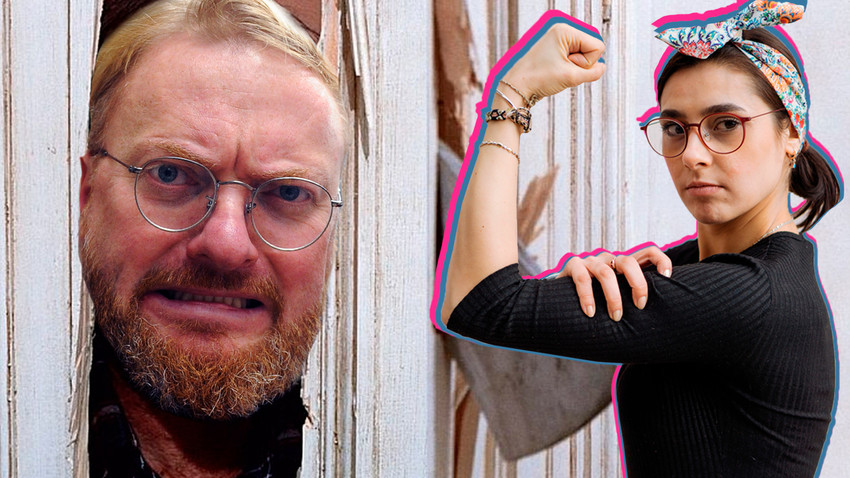 Stanley Kubrick/Warner Bros., 1980, Getty Images/Global Look Press
What is REALLY going on inside Russia’s only “man-free” coworking space? And why do men want to be a fly on the wall? We went to find out.

The only all-female coworking space in Russia looks nothing like Fort Knox or a thieves’ den. Yet it is not easy to find, all the same. In a typical St. Petersburg yard, behind a typical black signless door, a very non-typical room filled with different-colored and tables lies hidden 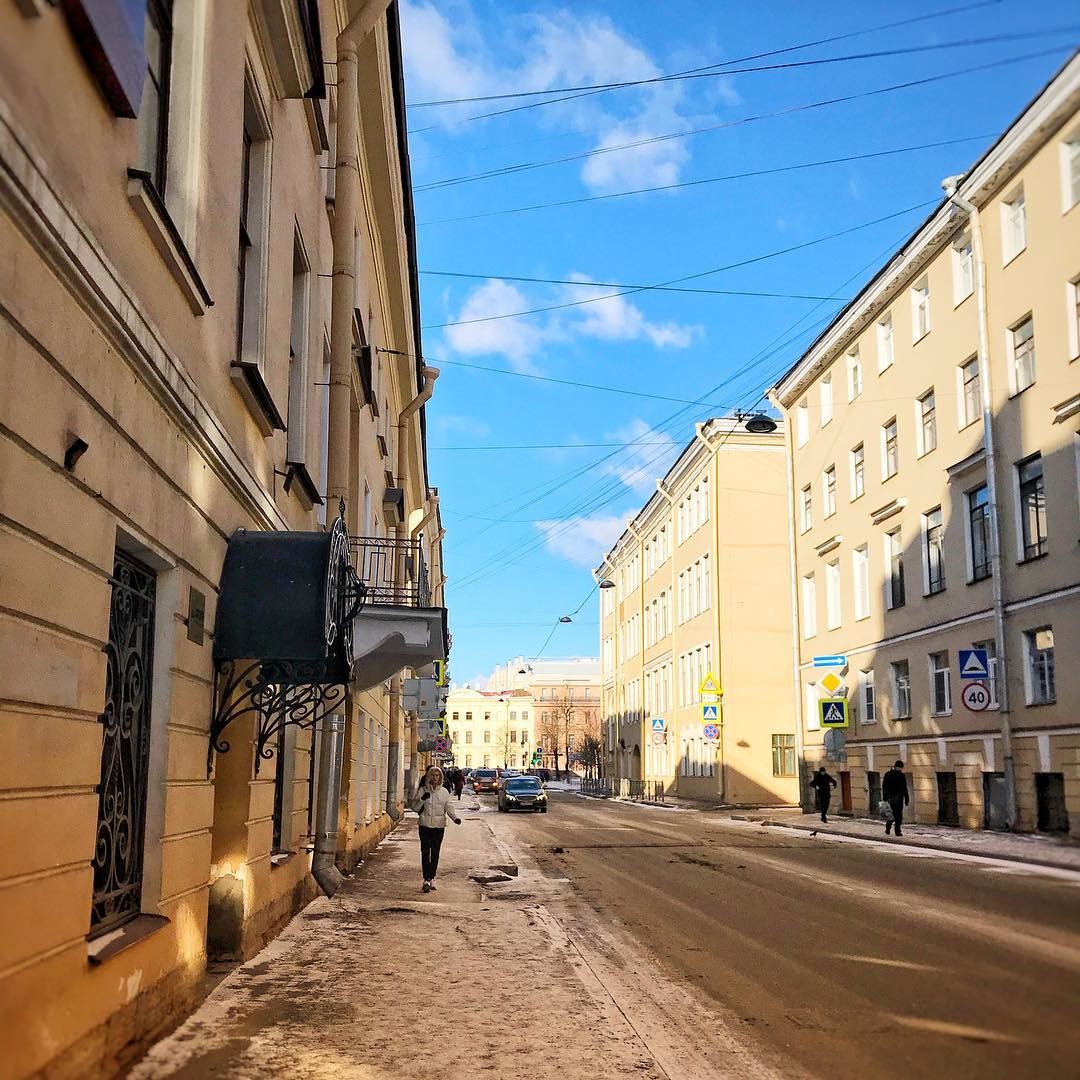 evening, this mysterious place is Ribs center for women, hosting lectures, exhibitions, and other thematic events (which, incidentally, Adam and his are allowed to attend). But in the afternoon, the room is transformed into the Simone coworking center for women (in honor of Simone de Beauvoir, whose book The Second Sex is considered a milestone in the history of feminism). This time, men are barred from entry, however much they bang on the door.

First, Twitter user Mixammo wrote to the local prosecutor's office to complain that this policy was against Russian law.

That was followed by an unsuccessful attempt by State Duma Deputy Vitaly Milonov to get inside with a film crew from the TV station 360.

But the most inventive try was surely by a Fontanka journalist who pretended to be transgender so as to slip through the enemy lines. 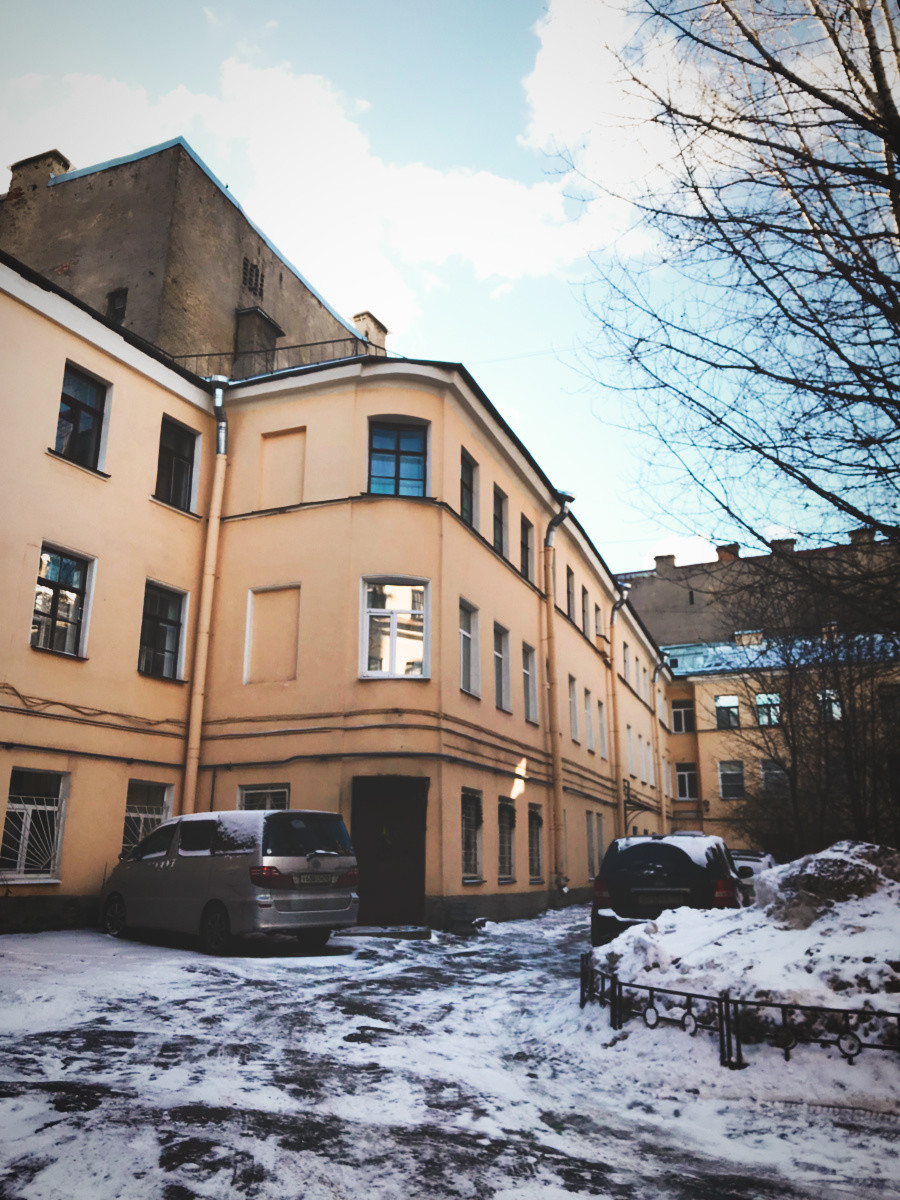 In Russia, like in many other countries, there are numerous places that enforce gender separation: women's and men's bath-houses, men's barbershops and private cigar clubs, or women's gyms and even separate train compartments. But for whatever reason, coworking is different, and thus more controversial. Having had its appetite whetted, the curious-minded Petersburg public is dying to know what women actually do at Simone during the female-only hours of till .

Above all, they come here to escape from “male oppression,” Svetlana Narkhatova, a corpulent blonde, explains to me. Her unofficial job title at Simone is  (“”), in line with Russian feminists’ habit of feminizing words. Even the coffees here have feminine-sounding endings: a cappuccino is called a “,” while a latte is a “,” just to mention a couple. “At first, we thought about naming the drinks after famous feminists, but then we decided that ‘femininitives’ [female gender-specific words] are an important issue that needs to be raised,” Svetlana explains. 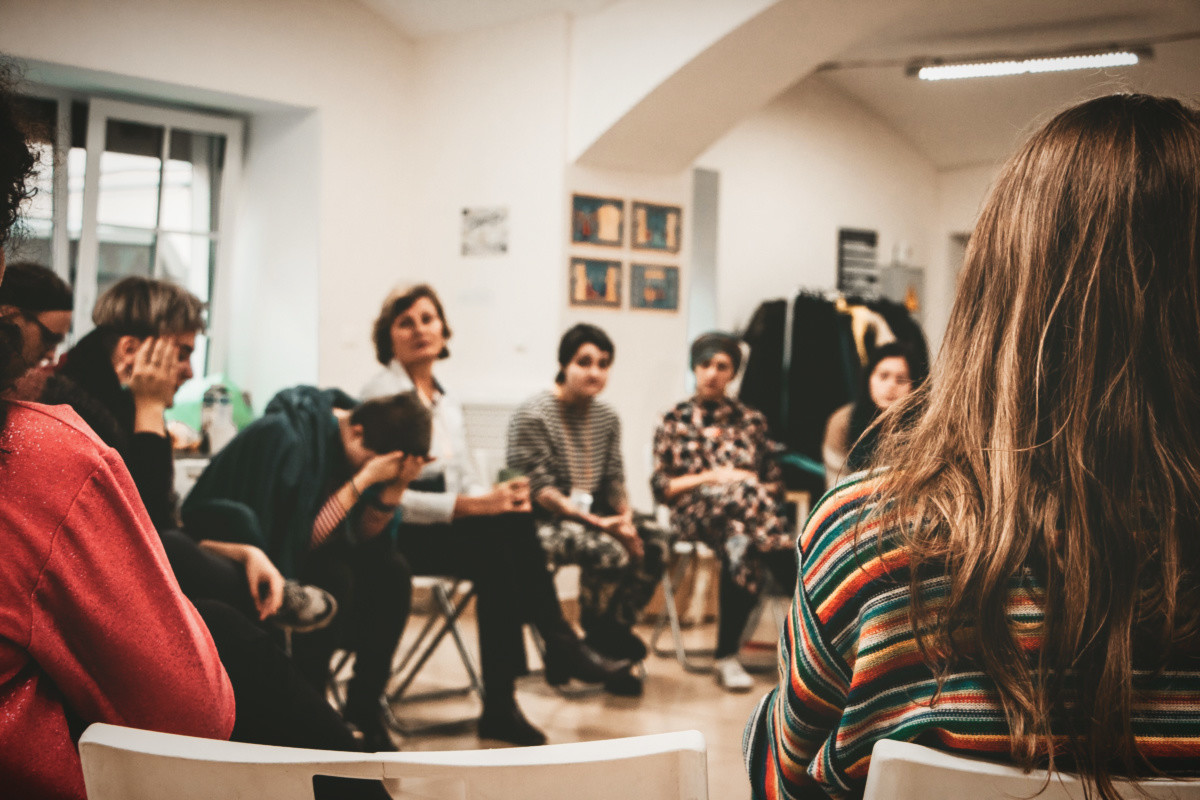 Curious to know how this “respite from oppression” works in practice, I take a look around. At this hour, there are few visitors: one woman is stretched out on an ottoman in the center of the room; another is printing something on a computer by the window.

My gaze rests on a kind of stand with feminist souvenirs — bracelets inscribed with the words “Loving Yourself is the Greatest Revolution,” “All Women are Sisters” makeup bags, and “Stamp Out Sexism” socks. Simone, like Eve's Ribs, is essentially a charity project that exists on donations (the recommended price per day is just 150 rubles ($2), the same as a drink from the menu), and selling souvenirs is part of the business model. All the items were made by activists from across the country in support of the project, including some men, apparently. “I remember a guy gave us a wet-vac and a table, and when we asked him he said there should be more female coworking spaces,” Svetlana recalls. 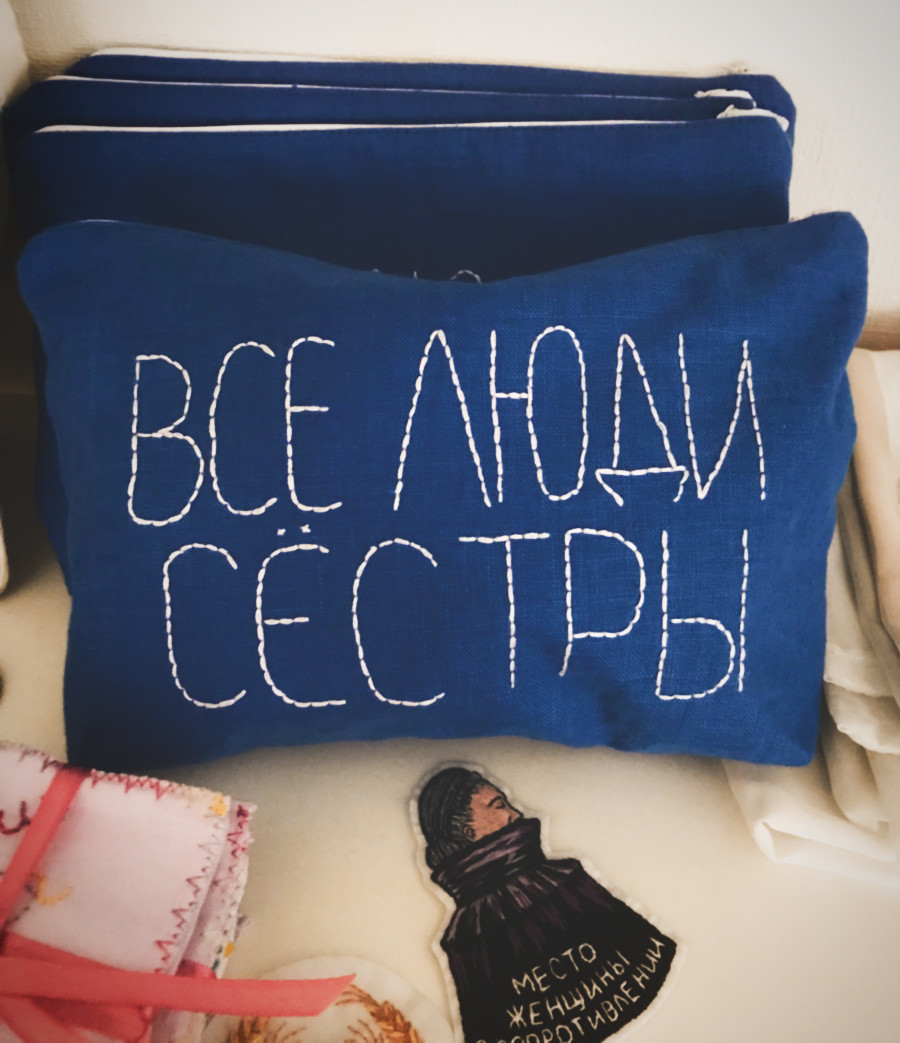 The makeup bag with the embroidery "All Women are Sisters"

“Sure, we get told that our project is gender discrimination,” says Svetlana. “But it’s just a safe place for women where they can take a break, at least for a while, from the constant oppression and need to prove that they too exist in this world and are not merely an attribute or attendant of some man.”

She herself admits that she felt discriminated against at her previous job on learning that her male colleagues earned more. And then there was her ex-husband: “I was married for six years and didn’t work at first. Then I found a job and asked if we could share the household chores, but my husband refused because he thought that my work didn’t count. It was very disheartening.” 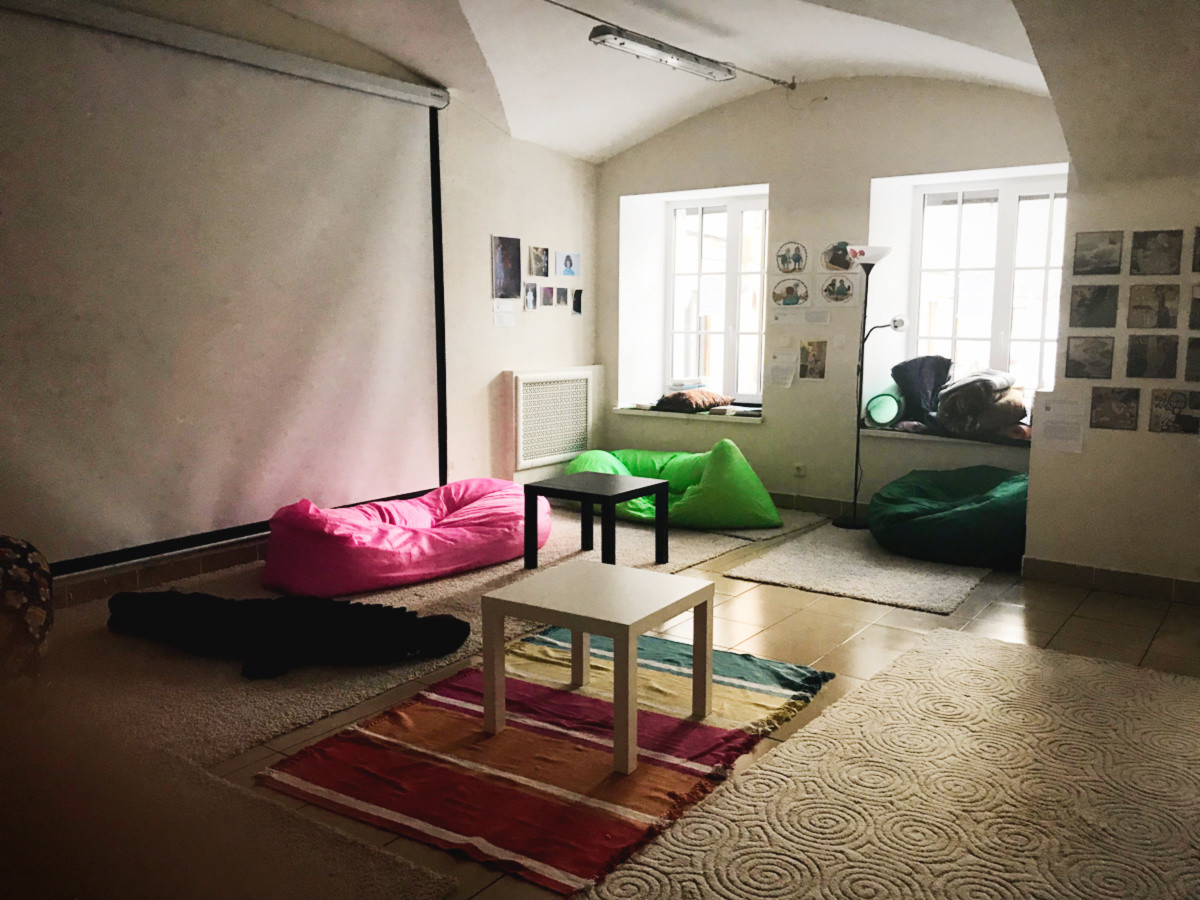 The coworking space is no crowded in the daytime.

The women talk openly about the horrible comments they get on social but hope that such attitudes will eventually go away. The irony is that Simone is like a bunker, where women just sit online and drink coffee. In essence, nothing happens. Meanwhile, on the street outside, men occasionally peer through the window to see what’s going on. “That kind of reaction just confirms that women need safe spaces,” concludes Svetlana.

Women of all ages visit Simone. The only requirement is to know how to use the Internet, because other than word of mouth, that is the only way to find out about this secret place. 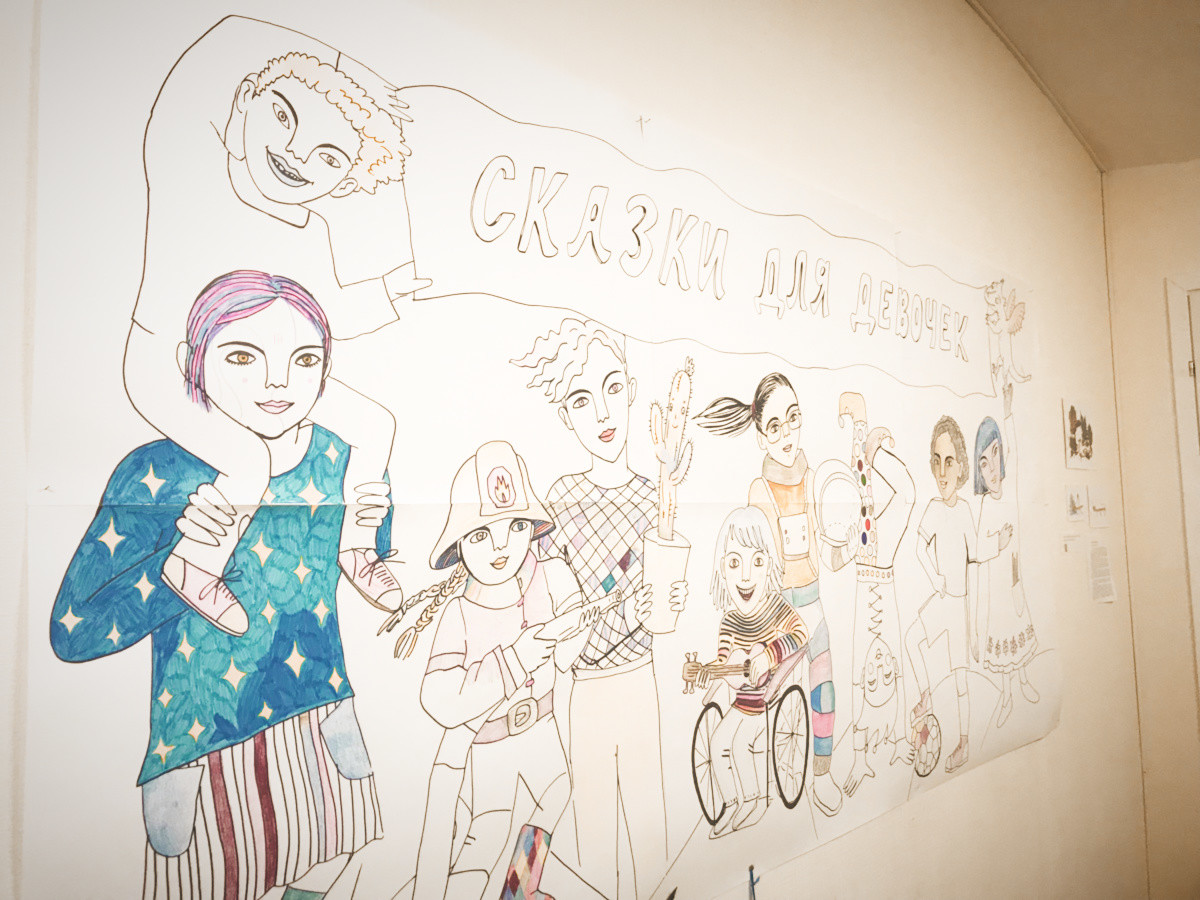 The illustration for the Fairytales for Girls book on the wall.

A serious-looking lady at a computer screen turns out to be a museum researcher who needed a place where she could work in peace. Natalya, as she introduces herself, came here to be temporarily free of her husband, who distracts her from work when at home. “I’m here for the first and think this coworking space is a great idea. There should be more like it.” When asked if she feels pressure from men, Natalya says that having read about the issue, she now realizes that she has experienced it.

While I am talking with Natalya, the woman in jeans lying on the ottoman wakes up. Lilia is studying to be a doctor, specializing in HIV treatment, and says that she feels safe since she can come here with her girlfriend without having to hide her orientation. “My ex-boyfriend was a long way from feminism. To begin with, only people interested in feminism knew about this place, but now even my coursemates are talking about it.” Lilia complains that in public places guys often behave inappropriately in her view, and she feels stress when surrounded by unfamiliar men. “I think any woman should consider herself a feminist, but the term is stamped with a wholly unjustified bad reputation.” 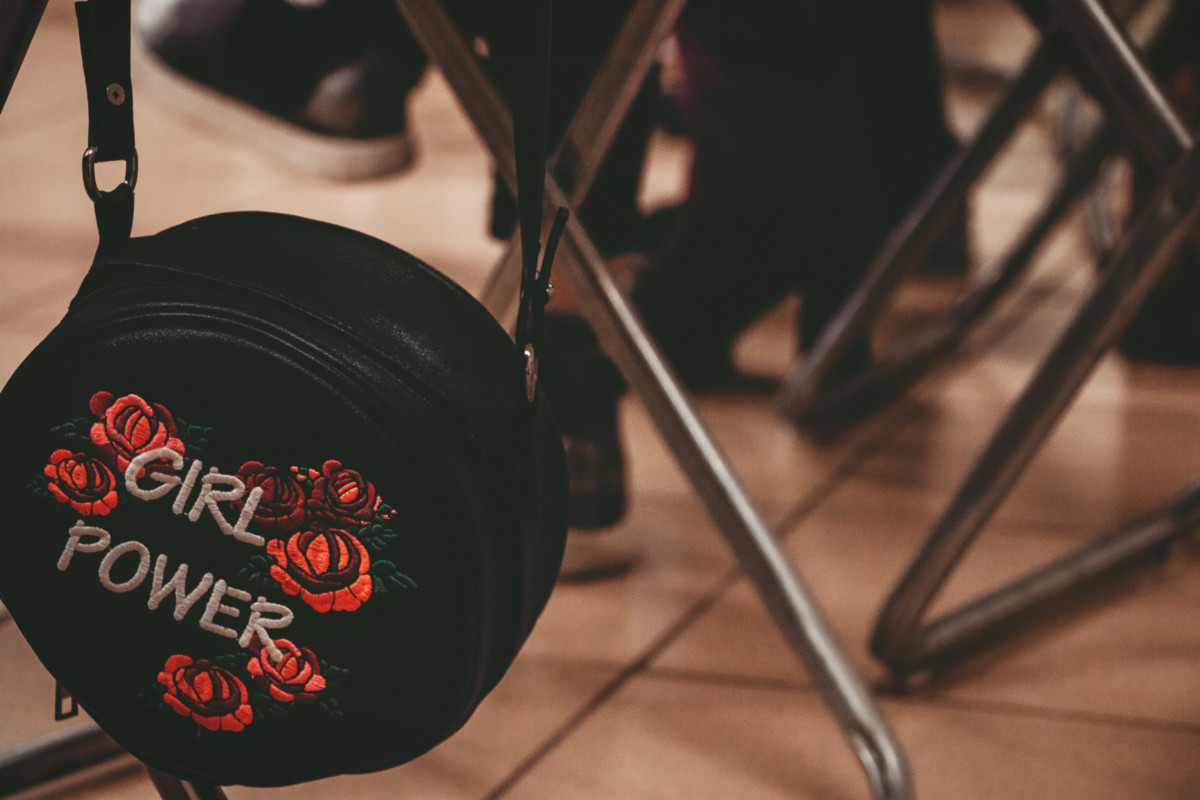 Yulia, a playful young woman in a white sweater, pops in for a “.” She works as a chemist at St Petersburg State and volunteers her free time to help the project at various events. “I come from a ‘Europeanized’ and didn’t have a gender-oriented upbringing. No one said to me, ‘You’re a girl, you should do such-and-such,’” she says. Yulia admits that Russian society can be tough going at because many people have outdated views, even her fellow scientists. “Many think that feminists are either lesbians or just unattractive women who can’t find a man, but that’s not the case at all.”

Another who has dropped by for a minute, Daria, turns out to be a teacher of Russian for refugees and the editor of the book Fairytales for Girls (which will be “free of objectification and stereotypes”). “I used to think that feminists were just crazy women harping on about rights, while I had no such need. But in fact, when a woman becomes a feminist, she simply decides to look at her life critically and put up with less of the humiliation that comes her way. So statistically, they do tend to be women in open relationships, or surrounded at home by cats, as some might imagine. But it says nothing about her as an individual. To what extent is it possible to judge a woman based on whether she has a partner?” As it transpires, Daria’s partner is a philosopher who became a (male) feminist even earlier than she did.