Uber for gamers: People are paying others to finish video games. Seriously! 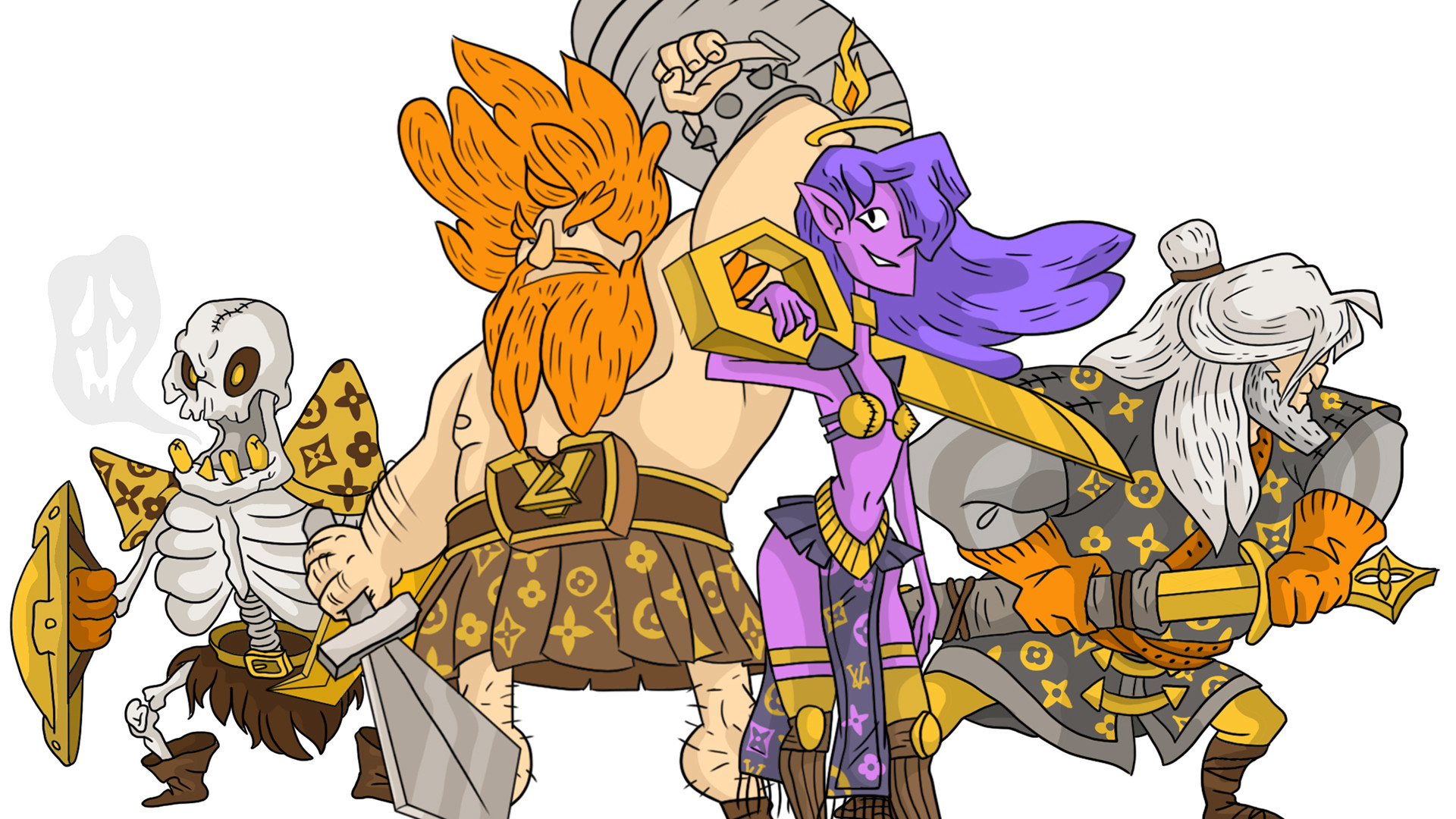 Irina Baranova
Like any serious hobby, video games have spawned a number of services that save time and improve skills. And there are Russian startups already exploring this new niche.

If you think that in conservative Russia, games are treated as something 'childish', think again! The figures speak for themselves. Video games are enjoyed by some 65.2 million Russians, which is almost half of the country's population, Russian Internet giant Mail.ru Group’s press service told Russia Beyond. At the same time, according to a 2017 study by the same company, 95 percent of gamers and those who watch e-sports tournaments are men. About 40 percent of polled players were under 18, and another 36 percent aged between 18 and 24. The most popular genres in Russia are shooters (70 percent) and online multiplayer games (42 percent).

In 2017, the Russian games market amounted to 92.8 billion rubles ($1.44 bln). So it’s not surprising that projects like CyberArena Pro have popped up.

In 2016, Roman Telezhkin, a gamer from Irkutsk, opened a small computer club to hold competitions. Some 18 months later, it transformed into the office of one of the largest services for training gaming skills in Russia. 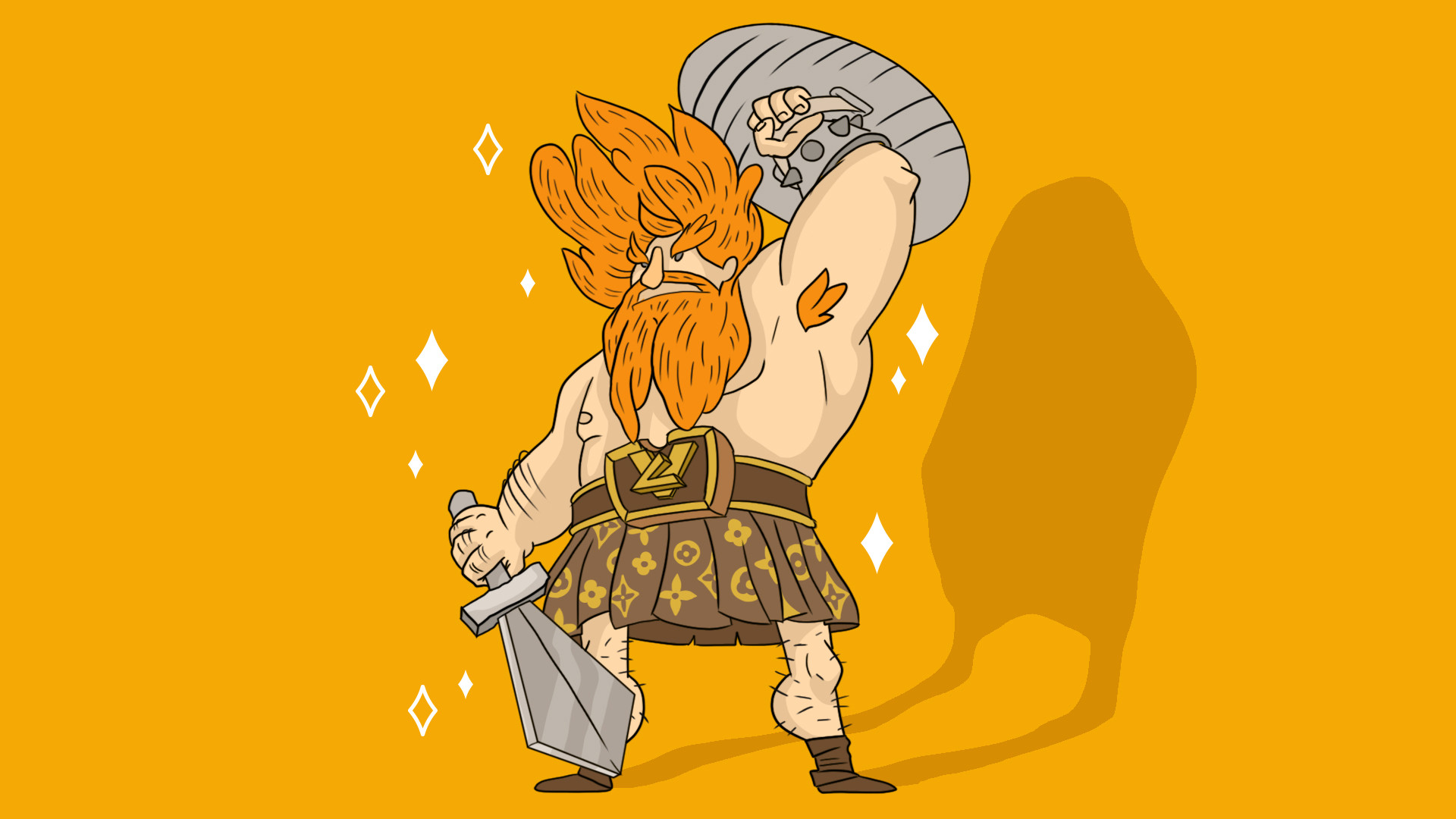 Competitions began to attract players from other regions, Telezhkin recalls. Soon, the club began to broadcast competitions and even launched its own channel on YouTube. The first video - a compilation from the Counter-Strike: Global Offensive shooter – got over 800,000 views.

Thus, the club turned into a full-fledged platform for cyber-tournaments and later became CyberArena Pro, a platform for improving gaming skills.

Telezhkin is convinced that in order for players to learn to play better and more professionally, they need additional motivation. The service's main feature is its own system of rewards for victories in games.

For a good performance in DotA 2, Counter Strike, League of Legends and PlayerUnknown's Battlegrounds, registered users receive virtual currency, which they can use to buy or get a discount for a phone, a laptop and video cards in the company's online shop. Or they can transfer the money to Steam or Qiwi e-wallet.

“A user buys a monthly subscription from us for 400 rubles ($6.2). We then analyze his progress and reward him if he plays better than the average for the platform. If he plays worse [than the average], we are simply glad he is trying to improve his gaming skills,” Telezhkin explains.

The service's main audience is from Russia, reaching 10,000 users a day. One of them, a 21-year-old thin, tall student with shoulder-length blond hair named Dmitry from Irkutsk, has been paying for a CyberArena Pro subscription since the service was launched. Prior to that, while playing DotA 2 for 10-15 hours a day, he managed to “earn money” for a new video card, a computer mouse, and headphones. At one point, he spent at least 16 hours playing, but his studies forced him to return to real life.

In his opinion, services like this are ideal for low and mid-level gamers to improve their skills and to get “at least something” when they win. 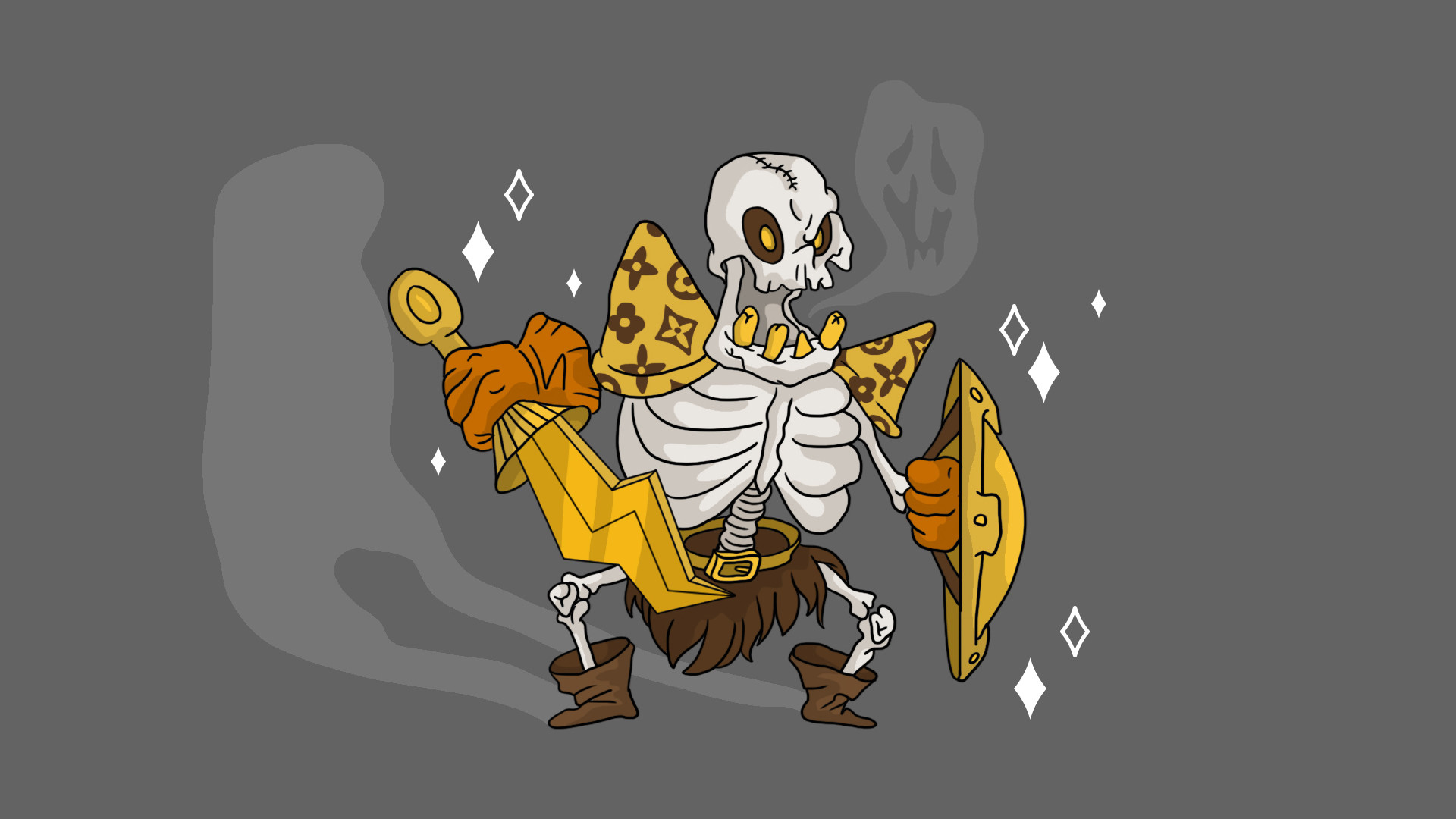 He himself does “account boosting”, i.e. building up another players' ranking for money. All his close friends are similarly engaged.

“Gaming brings a substantial income for residents of small cities, so these days games are everything,” says Dmitry.

In the future, Roman Telezhkin plans to offer his service to European users too. “In the second half of 2019, we expect to have 500,000 active users [registered on the platform for six months], and 50,000 of them will definitely be from Europe,” he says. But there is growing competition in this market.

“Imagine that you need to kill a dragon in a game. To do that, you need to assemble a team of 25 people. Here we, professional players, come to your aid and we help you kill this dragon,” says Kirill Chuvakov, product director at the startup Legionfarm. 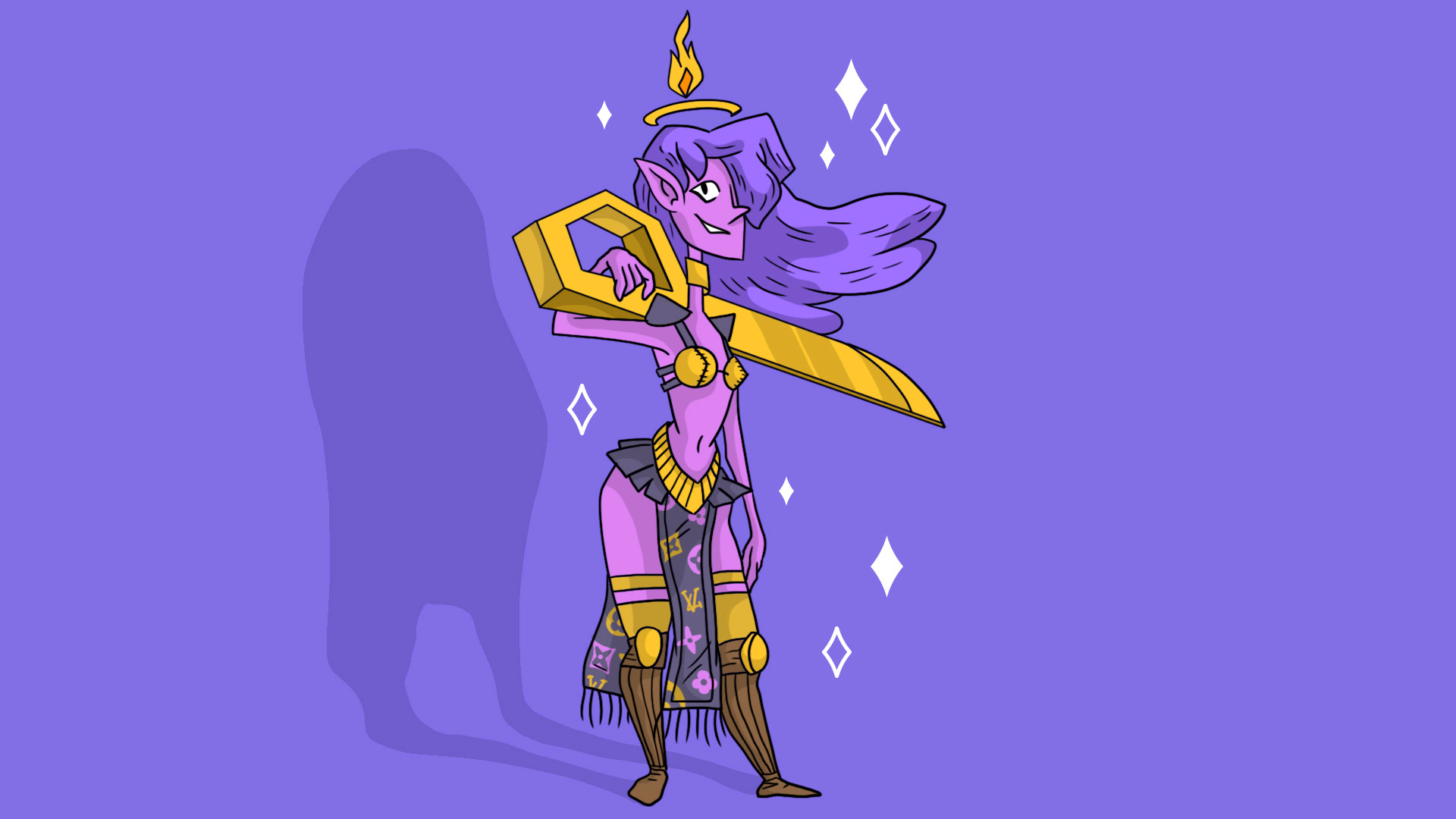 Unlike CyberArena Pro, Legionfarm is designed for foreign users. It was created in 2016 by Alexei Belyakin, a Novosibirsk University graduate. Eight years ago, Alexey had been playing video games and trying to make money from it – selling game accounts, teaching other gamers to play via streams and Skype. Several years later, he moved to Moscow and set up a gaming marketplace where ordinary people could choose professional players to complete a complex mission together or to build up a character.

In other words, it was like Uber, with ‘e-athletes’ instead of professional drivers. You visit the website, register and choose a service — pass through a level with a team, kill a boss or boost a character — and professional players are immediately on it.

The most popular games with customers are Warcraft, Destiny 2 and Tom Clancy's The Division, Chuvakov says. The average bill is $200. The majority of customers are from the USA and Western Europe, a little less from Australia and the Emirates. Overall, the company has some 20,000 customers, with up to 2,000 of them using the service every day.

A service can take from one day to a whole month to complete (for example, power leveling) and is performed by one of the company's 500 e-athletes (many of whom are from the CIS). The price tag on some particularly complex and time-consuming orders can reach tens of thousands of dollars.

“But if you need to get two wins in Fortnite, then it is unlikely to cost more than $10. We don’t have a top bracket — I remember once we delivered a complete boosting package for a character for $30,000 — we dressed him in unique, beautiful clothes, added skills and put him on a 'cool horse'!” Chuvakov recalls.

He says that for an enthusiastic player dressing one's character in a beautiful costume is just as important as for a fashion-conscious woman who buys an expensive handbag from a famous brand, like Louis Vuitton. Avid players will always pay good money: for them, a virtual suit is more important than material things!

The company's main audience is not schoolchildren, who save on lunches to build up a character, but men from 27 to 35 years old. 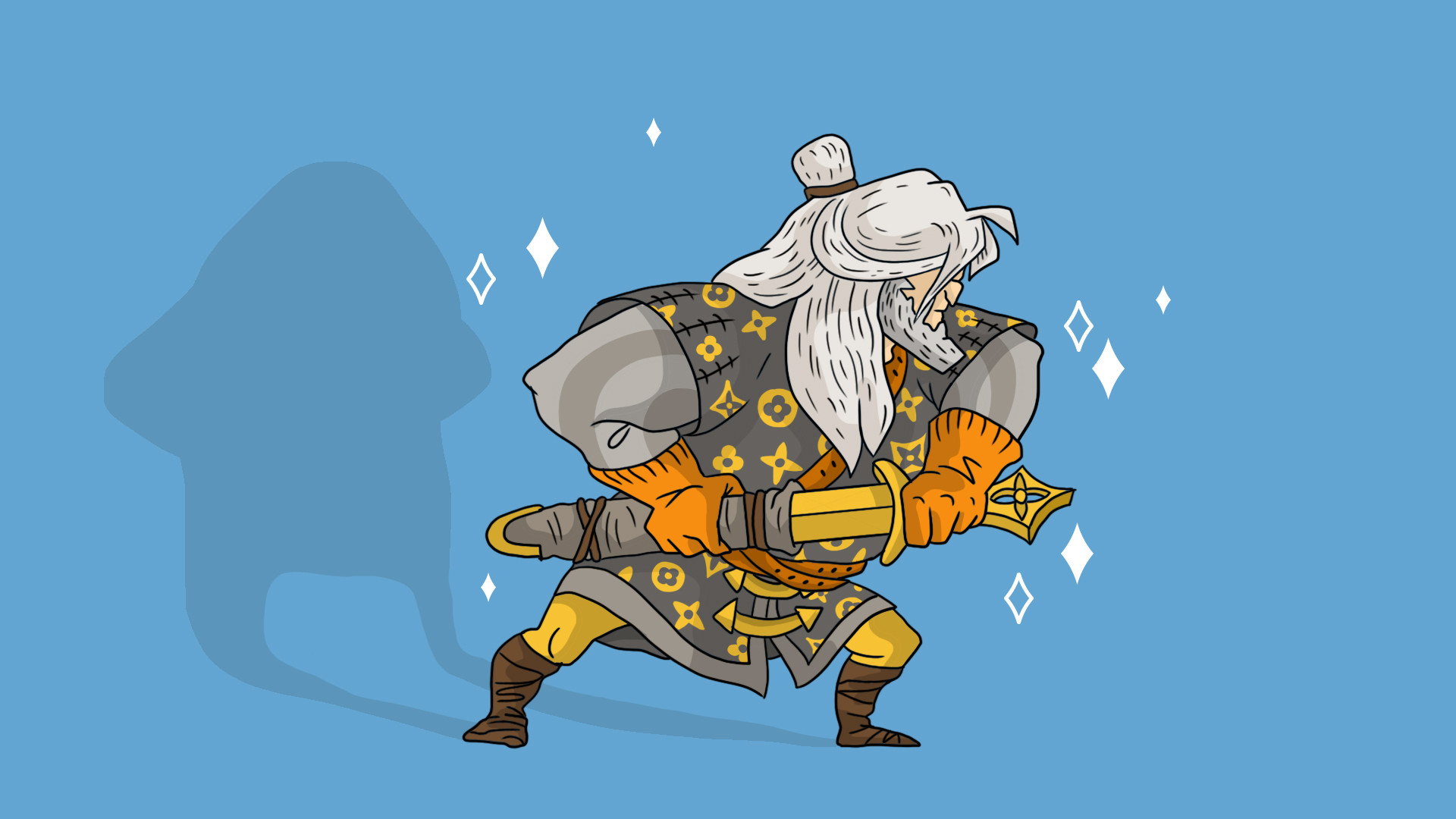 “Some games require monotonous actions that you cannot spend time on because of your family commitments or child care. That’s why adults who love games spend a lot of money on it,” explains Chuvakov.

Chuvakov’s company employs 32 people. Their main goal at this stage is to sign contracts with game developers that provide them with data on players' progress in real time. Then e-athletes themselves will be able to offer help to 'newbies' in the event they suffer several defeats.

Legionfarm sometimes gets customer requests to kill a boss or complete a mission for the customer. However, these requests are far and few between, Chuvakov notes.

"People are not idiots to miss out on the fun from the game," he concludes.