'It was burying and chewing on me!' – Shocking survivors' tales of bear attacks

Personal arhive
Coming across a bear in the wilderness may be fatal. Two women told us how they managed to survive such encounters. And their stories are scarier than any horror movie.

'It seemed to me the bear had bitten off his leg, and I felt such a rage!'

Marina Fokina, 38, from Sayanogorsk (in the Republic of Khakassia) is a gutsy young woman. Her idea of a nice break is to spend a couple of days in a forest with her friends. All the more so, since their town is located just 200 km from the Ergaki national park, one of the most popular in the region. Marina has been coming here for a quarter of a century, since her highschool years.

And on June 12, 2015, she went to that very forest with her five-year-old son, her sister, her nephew and a 72-year-old friend. At night, when everyone was asleep, a teenage bear climbed into their tent: it had smelled the food inside. Marina happened to be the first along its way. 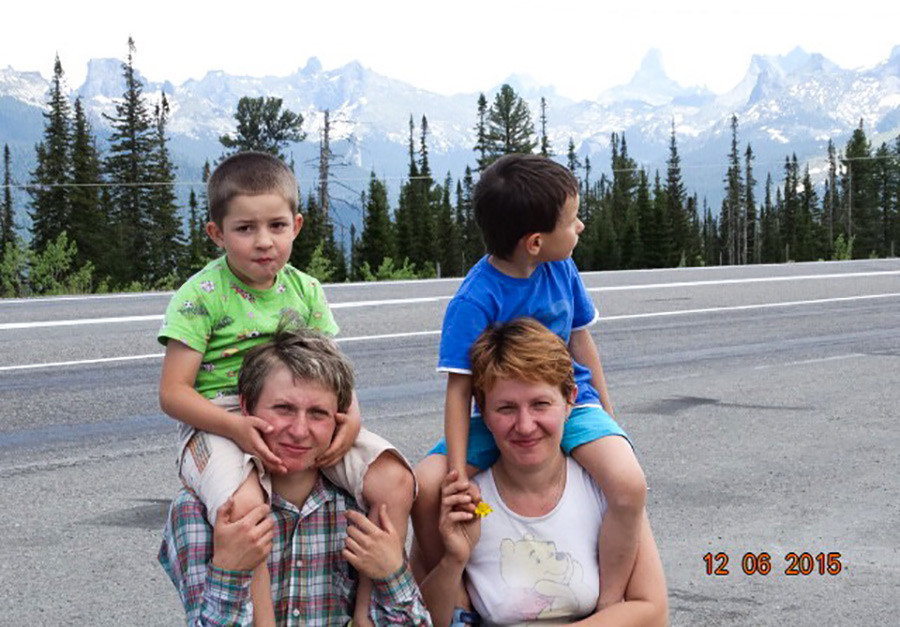 Marina (left) with her son, sister, and nephew. The photo was taken 12 hours before the tragedy.

“At first I thought it must be a tree falling,” she recalls. “Then it flashed through my mind that it may be a wolf. But it turned out to be a bear. And it started biting me!” The pain was horrible, but Marina was more frightened for the children: she saw the bear raising its paw at her son. “It seemed to me the bear had bitten off his leg, and I felt such a rage! I decided to kill it," she says. She remembered that she had left an ax outside the tent to chop wood for a fire. Somehow, she managed to crawl out of the tent and grabbed the ax with a broken hand: in a state of shock, adrenaline kicks in and one can feel a surge of strength coming from within. But the bear saw her and grabbed her leg. At that moment, her sister, the children and friend, all managed to run out of the tent, and the bear was no longer interested in any of the humans: they were just an obstacle on its way to the food in the tent.

So they managed to escape, get out of the forest alive and call the rescue services. Marina thinks that if she had attacked the bear with an ax, it would only have angered it more and then they may not have escaped.

Her face had to be put together piece by piece

“We had seen bears before on our hikes, but always from afar. I knew that they were out there, but I didn’t think I would ever have to deal with any of them, especially in the summer,” says Marina. “Later, a forest warden explained to me that summer is mating season and male bears become simply crazy. And there we were with our food, so close by. The bear was just tempted by our treats.” As everybody knows, bears have a keen sense of smell.

The general rule for hikers is not to keep food in their tent and have a fire burning throughout the night. That night it was raining and they decided to bring the food into the tent so that it did not get wet. That was a crucial mistake, Marina admits. 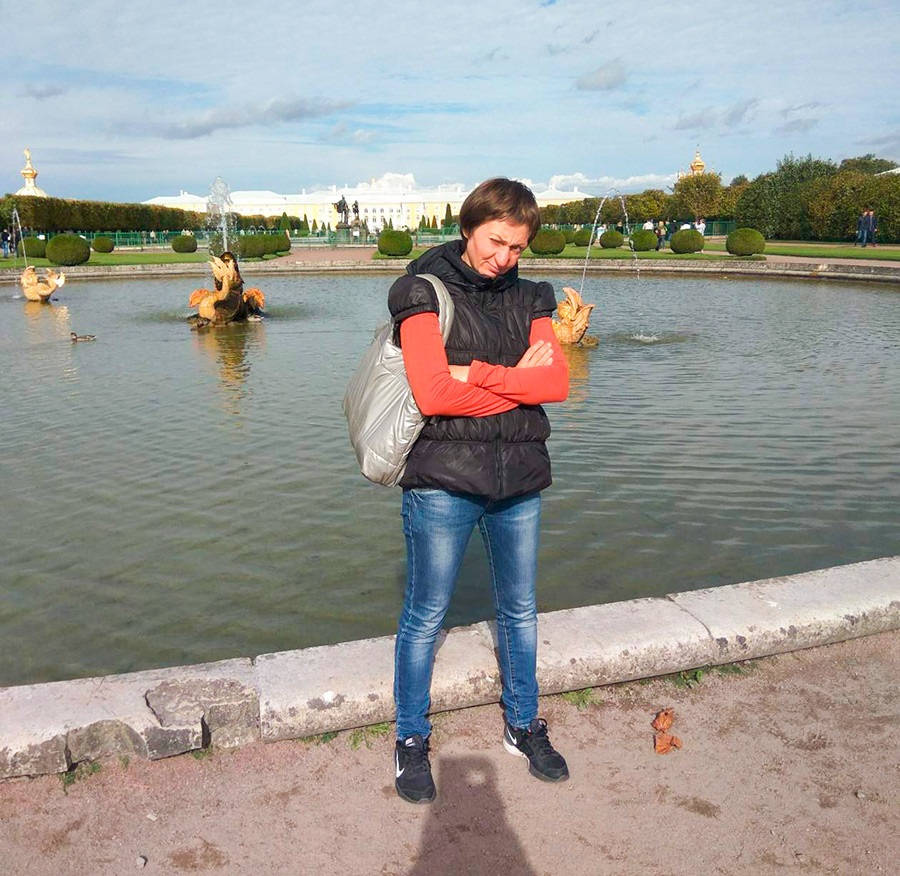 Marina after the surgeries.

The bear bit into her son’s leg and side, and it nearly scalped her elderly friend - she has still not recovered from the shock. Marina was even less fortunate. The doctors in Abakan, the capital of Khakassia, literally had to piece her face back together. Her jaw was hanging on by a thread. The bite was literally a millimeter from her brain and optic nerves.

“When I was brought to the hospital, the doctors did not think that I would live. But already on the second day, I started to get up and even do some exercises. I did not realize that the situation was so serious. The realization that things would no longer be the same came later."

Marina has already had several plastic surgeries: the nerve endings on the left side of her face were particularly damaged, her left eye blinks only every other time. Not a long time ago, Marina went back to the clearing in the forest where the attack took place and tied a ribbon there. “So that everyone knows that the Russian spirit cannot be broken by any bear!” she laughs.

If coming across a bear in a forest is something that can be expected, seeing one in the city is utterly unforeseeable. Previously, Natalia Pasternak from Tynda (in the Russian Far East) had only seen bears in zoos and the circus.

On May 11, 2015, the 54-year-old woman, together with her 82-year-old friend Valentina Gorodetskaya and Natalia's dog, went to the outskirts of the city to gather some birch sap.

Once they reached the spot, they separated: they were familiar with the place since they had been coming there for the past 15 years. The dog was the first to become aware of a bear. It was a four-year-old female bear, who must have been looking for food having just come out of hibernation. 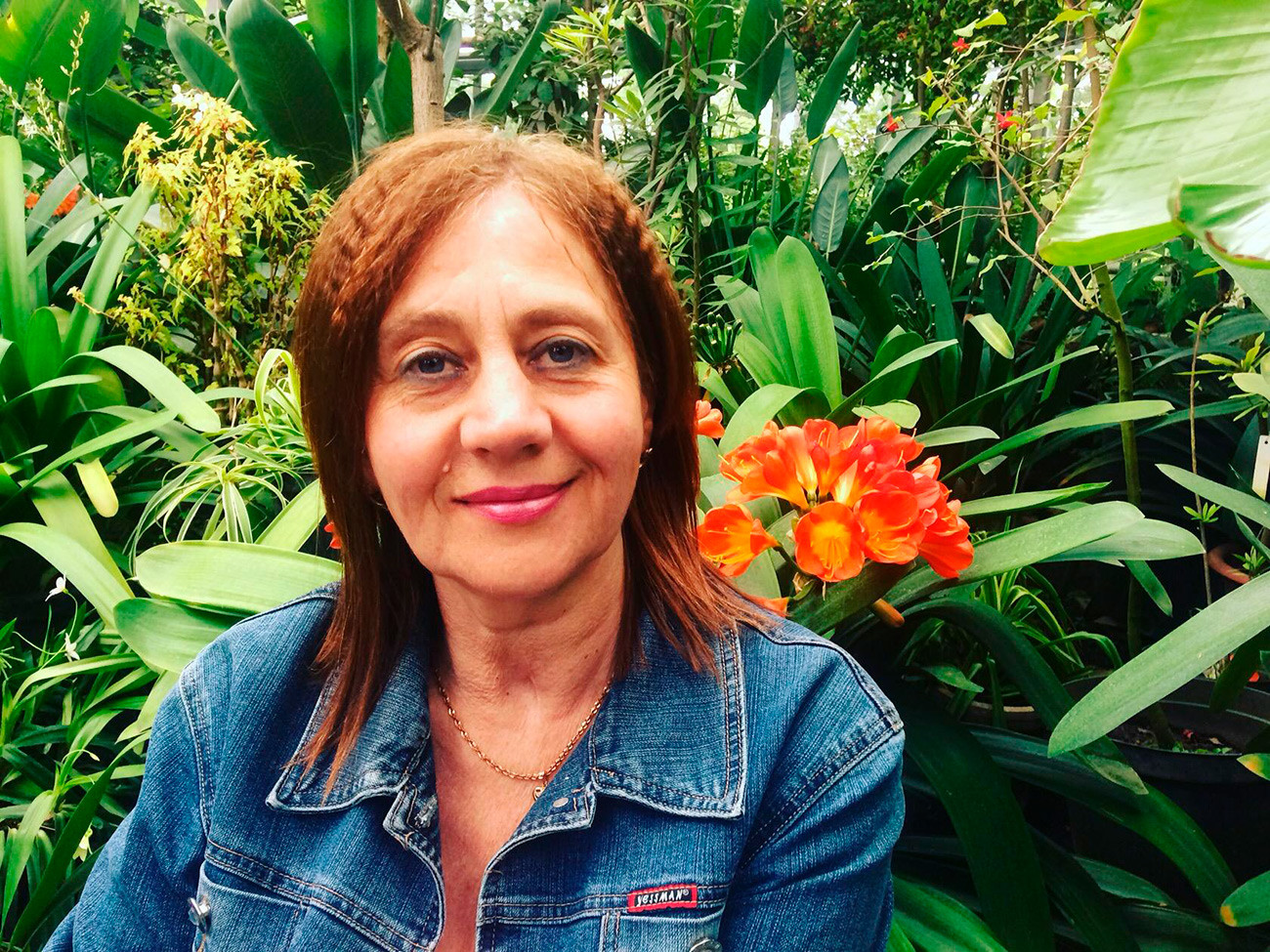 "I didn’t want to give up just like that."

“The dog started barking and I understood we were in danger,” Natalia recalls. “Then I saw a bear jumping out of the trees and rushing towards it.” She wanted to run away, but remembered her friend, stopped and started screaming for her to leave. “That was my mistake, I think: my scream must have scared the bear, and it jumped on me. And that was it."

Valentina heard her friend's bloodcurdling scream and came running. At first, she thought they had been attacked by stray dogs. But then she saw a bear standing over Natalia's bloodied body. She tried to run away but the bear noticed her and hit her on the back. The claw mark is still there. Fortunately, Valentina managed to escape and call the rescue services.

In the meantime, the bear returned to its prey: it had almost buried the body, but when Valentina startled it, the bear decided to move its prey to a more secluded place. Natalia put up as much resistance as she could: she tried to cling to the bushes, to the trees, fainting from the pain. “I knew that I would die, but I didn’t want to give up just like that,” she recalls. “It was burying me, and I could see and hear it chewing on me. While it was mauling me, I was saying a prayer.”

Hunters arrived 40 minutes later. The bear tried to attack them too, but they managed to shoot it first. The spot where Natalia had been buried was found thanks to the dog, who seeing people, immediately began to bark. What saved Natalia was that the bear had not yet buried her head and the woman could still breathe.

The bear had scalped her and her legs had been eaten almost to the bone. “I just had a bare skull, covered in blood and dirt” Natalia recalls. “The doctors later told me that when they saw me, they did not even know where to begin. I remember as they cut up my clothes, the nurse said: there isn't a single part of her body that is unharmed.” After the operation, Natalia was flown to Blagoveshchensk, where she had numerous skin grafts. She spent two months there and she is still recovering, not only physically, but also mentally. 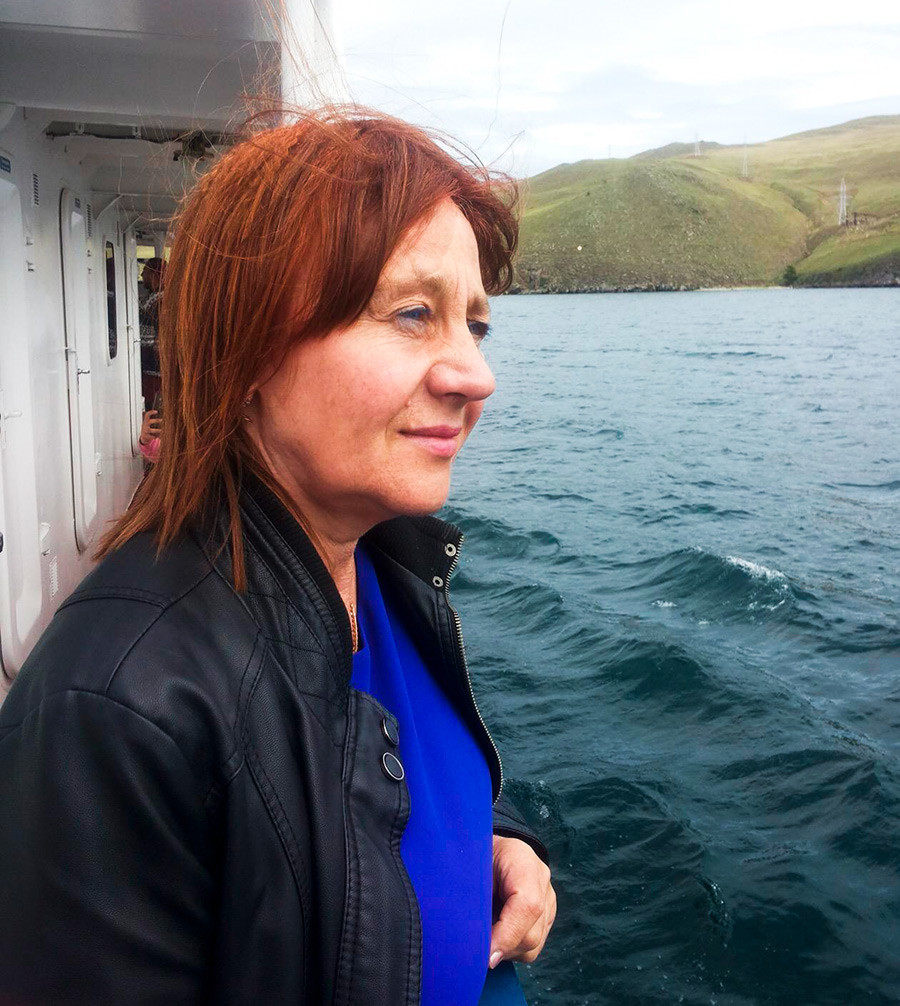 Natalia no longer walks in the outskirts of the city.

After that incident, Natalia learned that others, too, had spotted bears in the city in recent years. “People say they wander into kitchen gardens and courtyards, but no-one is doing anything about it,” Natalia says. Tynda has very beautiful scenery: it is surrounded by fells and forests. Natalia's parents had come here in Soviet times, to help build the Baikal-Amur Mainline. Afterwards they returned to Dnepropetrovsk, but she decided to stay.

“Things used to be different. We would go for walks to the most remote places, gathering mushrooms and berries in the forest, and we were never afraid of anybody,” she says. These days, Natalia no longer ventures to the outskirts of the city.