How hard is it to DIE-t in Russia?

Lifestyle
Benjamin Davis
Irina Baranova
Our American writer living in St. Petersburg went looking for diet foods and drinks in a bid to find out how Russians stay fit.

Trying to find “diet” food in Russia is like trying to find a needle in a haystack. Even in the more European-centric city of St. Petersburg, a quest for gluten free pasta will be, to put it lightly, a pain in the ass. After developing a fair few digestive issues, which I blame on the ubiquitous dill herb, I was informed by my Russian doctor that I needed to go on a diet:

No red meat, no wheat, no salt, no sweet, no dairy, no soy, etc. The list went on so long that I was waiting for the last line to say, “go back to America, pansy.”

In America, dieting is more than a health-conscious decision, more than a fad, it is a religion; each diet with their gods and their devils. Keto, Gluten Free, Low-Fat, Low-Carb, Paleo, Atkins, Raw, vegetarian, you name it.

Yet, there is only one “diet” I ever came across in Russia, and it was this: eat and shut up.

This surprised me. Because Russians tend to be relatively fit (not counting the post-30 beer bellies). Even diet-like words are curiously absent from supermarkets: no diet soda, no light beer, no low-carb cereal.

I wanted to know more, especially since my diet had just been restricted to celery - and my own fingernails (yuck!).

What is dieting like in Russia? Here’s what I found out...

Dieting is a luxury 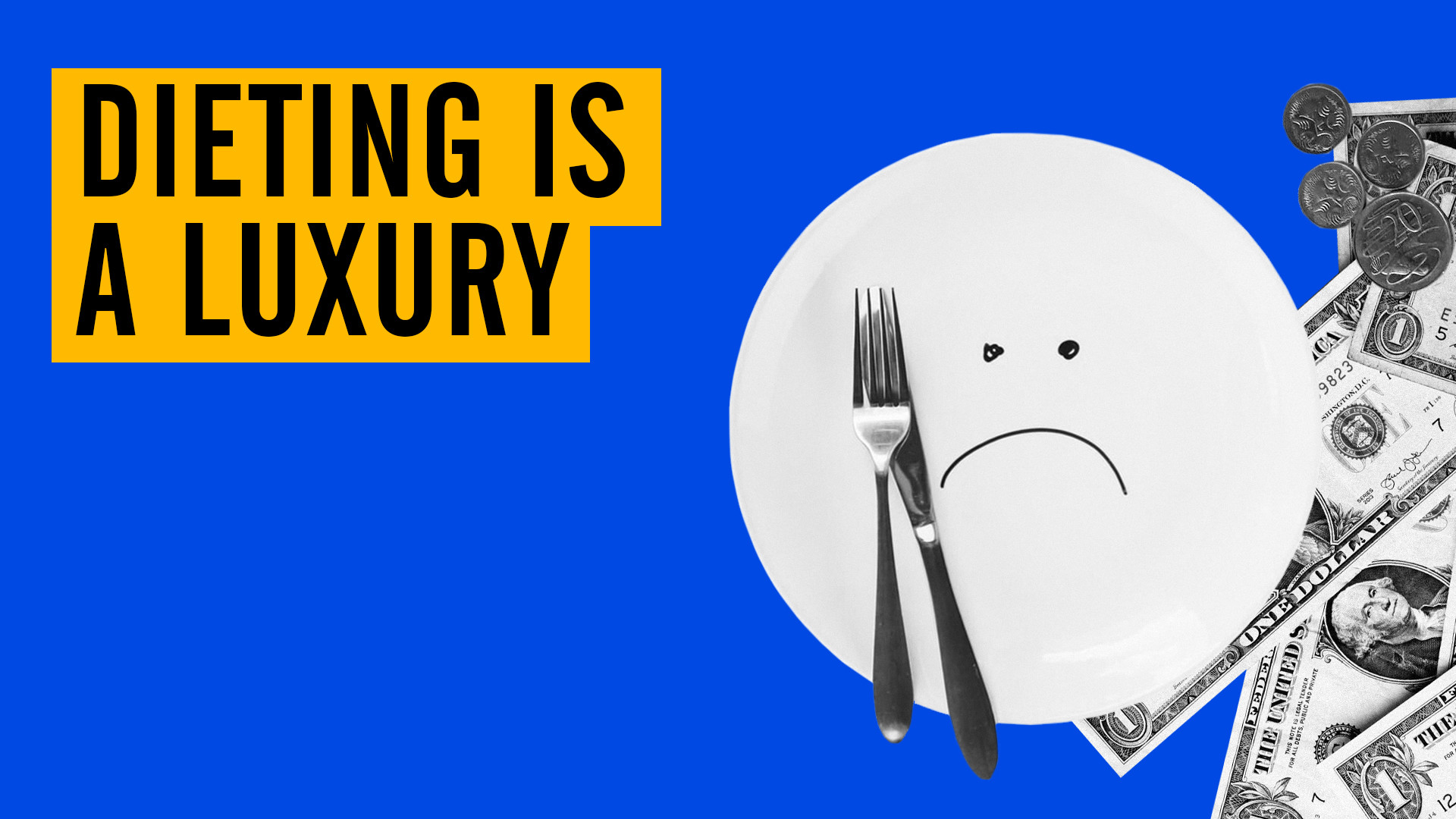 Dieting is, and always will be, tied to money. The ability to choose what you eat is a privilege, because it means you’ve got something to eat in the first place.

This sentiment of diet being a luxury was echoed by Julia, a Saint Petersburg resident who spent time in America: “Living in Russia definitely makes dieting less exciting. The absence of affordable healthy snacks and organic food forces you to always find ways around and take finding healthy and simple enough recipes to be able to cook for yourself more seriously. Most of the time, it limits your choices to vegetables, eggs, plain chicken, and buckwheat. And even though we do have enough organic food, in Russia it seems to be more of a privilege that I know most of my friends, especially students, can't afford. Therefore, you’d see a lot of girls in university cafeterias bringing a container with plain chicken breast, vegetables and rice from home. That's right. No lime calorie-free seltzer water, or Welch’s sugar-reduced fruit snacks to stock your bag with before going to work.”

And according to Katya, a Moscow resident, “There has never been a crazy wave of dieting in Russia. And there will never be, I guess. There are some young people who do Keto, gluten-free diets, but it’s mostly people in big cities and “with money”.

But she did also add that, “In Russia, we don’t have a huge problem with obesity like the U.S. does. Also, Russians don’t have crazy beauty standards, due to the lack of popular top models. There is even a phrase for girls, who are not skinny, which goes like this: “A man is not a dog, he will not eat bones.”

Portion control and ‘The Chocolate Diet’ 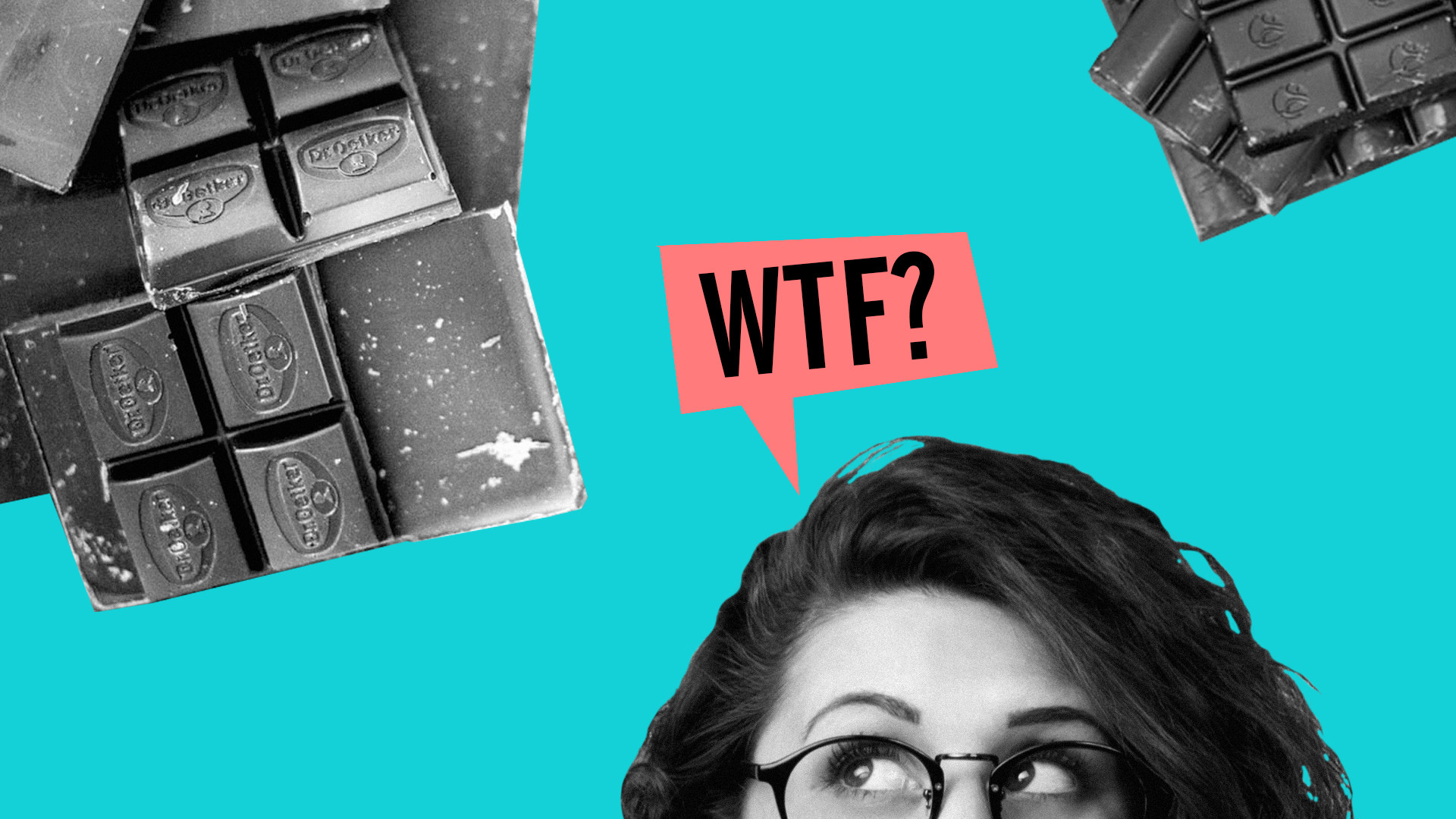 One of the main reasons dieting is not as essential in Russia is that the size of meals is significantly smaller than in America. When I was traveling to America with my girlfriend, we went on a mini-tour of the various staple restaurants in my hometown At least 50 percent had ‘All you can eat’ options.

“What do you mean, all you can eat?” she asked.

She looked down at her gigantic rack of ribs and frowned. “How the f*** could someone eat another plate of these!?”

But Russia does have some pretty extreme diets when it comes to staying fit for sport. Ulia, an ex-gymnast, shared some horror-diet stories from her time as an artistic gymnast:

“When you start discovering the Russian dieting world from scratch, you are at first trying to find the least harmful methods. Those would be things like ‘the chocolate diet’ (yeah, “WTF” was my first reaction, too!) in which you are only allowed to eat 1,5 bars of chocolate per day. Sounds fun, doesn’t it? Well, the best I got out of it - I was sick of even looking at chocolate for 6 months after 5 days of this dumb diet. The next pretty popular one is the liquid diet. The only rule is that you can only drink your food, no chewing. I realized how crazy I was when, on my 12th day, I tried to make a smoothie out of a peanut butter and jelly sandwich (P.S. don’t try it, it’s gross!). And after several other tries like Protein diet, raw fruit, veggie diet and the extremely Russian buckwheat & kefir diet, I decided to stick to my Mom’s way to trick your body into staying fit: every calorie you eat before 12pm doesn’t really count, but every calorie you eat after 6pm counts three times more!.”

While locals from St. Petersburg and those in less populated areas claim to have a lot of issues finding the latest and greatest in dieting, according to Anna, a Moscow resident, the more metropolitan capital has much more to offer in this arena:

“When I started my LCHF (low-carb high-fat) diet 1.5 years ago, I thought that it would be hard to find gluten-free and sugar-free items and other ”clean” food in Moscow. But can you imagine how wrong I was!? Almost every modern supermarket sells gluten-free pasta, macadamia oil, almond and coconut flour, and erythritol, a dietitian's most favorite sweetener. Moreover, in Moscow, there are now dozens of new cafes with healthy food - and the price for a coffee with coconut milk and a keto donut made from almond flour will cost the same as taking the regular options.”

And she claims that in St. Petersburg, it is nearly just as easy (another example of Moscovites and locals from St. Petersburg disagreeing). She said:

“My friend who lives in St. Petersburg and follows the Paleo diet has no problems with finding such food, too. Besides cafes and stores, there are lots of food bloggers who sell handmade yummies via Instagram. Why not?”

But she also doesn’t see what all the fuss is about with dieting. It’s not that complicated:

“But all these things are absolutely not necessary when you are on a diet. If you should not eat cereal - just DON'T eat it! Eat veggies instead of pasta and berries instead of cakes. For the duration of my diet, I finally understood how obsessed I was with unhealthy carbs like bread and pastry and I do not even need to find substitutions - it's better to just abstain. Now there's nothing better for me than just eggs for breakfast and meat with vegetables for lunch. And yes, I know where to find the right LCHF dessert if needed.” 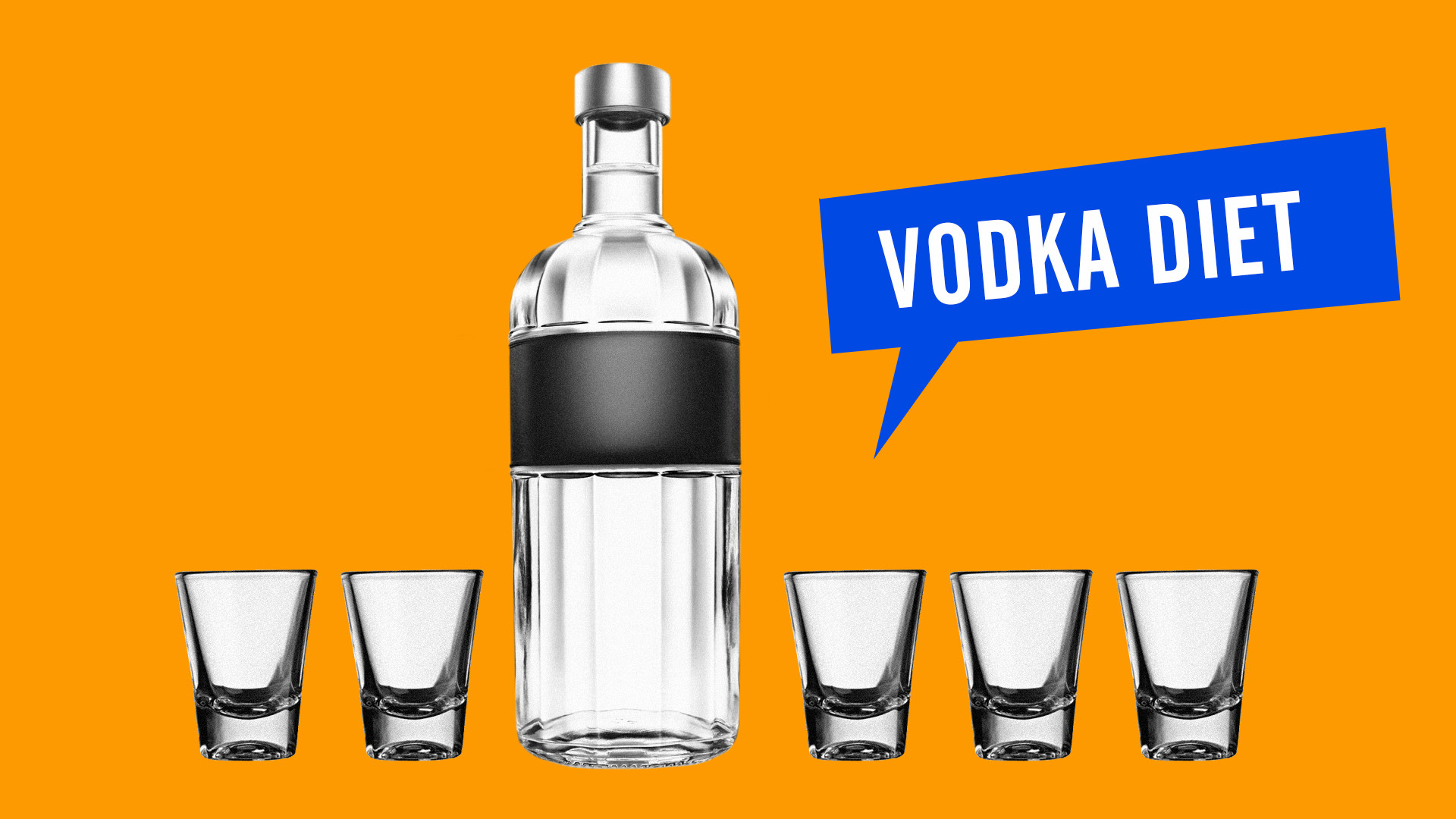 More than one person has told me stories of their grandmothers advising the ‘Vodka Diet’, which might be the most Russian thing I’ve ever heard. Aside from herbs, and porridge, some babushkas have recommended a shot of vodka each morning, to burn off some calories, to their granddaughters:

“Oh yeah my grandma said that if you drink a vodka shot every morning after you wake up, the vodka would burn extra calories during the day.” - Ulia

Whether this is true or some Russians trying to see: “Can we get the American to believe we have a vodka diet?” I will never know.

So, to sum it up, in Russia, dieting is, I guess, more of a trend for the wealthy, rather than the health epidemic fueled consumerism of America.

By far, my favorite story of a dieting product failing in Russia is about Bud Light sending a truck to Saint Petersburg to drive around giving out beer. But no one would drink it, even though it was free. I like to imagine that this Bud Light truck is still out there, with a ravenous gang of American frat guys, roaming the Siberian wastelands, peddling their flat, tasteless, wares.

Benjamin Davis, an American writer living in Russia, explores a wide range of topics, from the pointless to the profound, through conversations with Russians. Last time he explored who’s the daddy: Russian babushkas or American grannies. If you have something to say or want Benjamin to explore a particular topic, then write us in the comment section below or write us on Facebook!

Food in Russia Conversations with Russians