Education
Benjamin Davis
Irina Baranova
An American living in Russia for three years asked local students how they hang out, and tried to figure out who is the crazier party animal

The night air stinks of shame and violence. Six young men stumble along, carrying each other. One is bleeding, testosterone is high, and someone has been crying. Is this an apocalyptic dystopia? A warzone? The aftermath of a terrible accident? No. It’s an American college campus on a Tuesday night.

American movies are known to glorify college life, and so many Russians have asked me whether our parties are really like that.

They ask something like, “are parties that big and crazy in America?”

“Yes,” I tell them. “Why? Aren’t college parties like that in Russia?”

They usually laugh, and say, “No, of course not. Here’s why:”

Russians don’t have fraternities or sororities

“What can I say. In Russia we don’t have this Greek association thing,” my Russian friend Nadya told me.

Another Russian respondent, Egor, believes that fraternities and sororities are American things; he has seen them in movies, but there are no such thing on European campuses.

This is a major reason why American parties are wild and Russian parties don’t quite reach that magnitude. A fraternity is a house of guys who are members of the same social organization. They usually haze each other to varying degrees, and throw massive parties. Such houses are often where younger students go to party. I asked some Russians where they went to party:

“In Russia we usually gathered in rented flats by one of our friends because drinking in dorms is problematic. Very often you’re not even allowed to bring non-residents with you, so you kind of sneak them in, and I remember how once after a date I jumped from the second floor of a dorm. So, in my second year I mostly switched to house parties and dive bars,” Egor says. Russian students often don’t have enough money for normal bars. 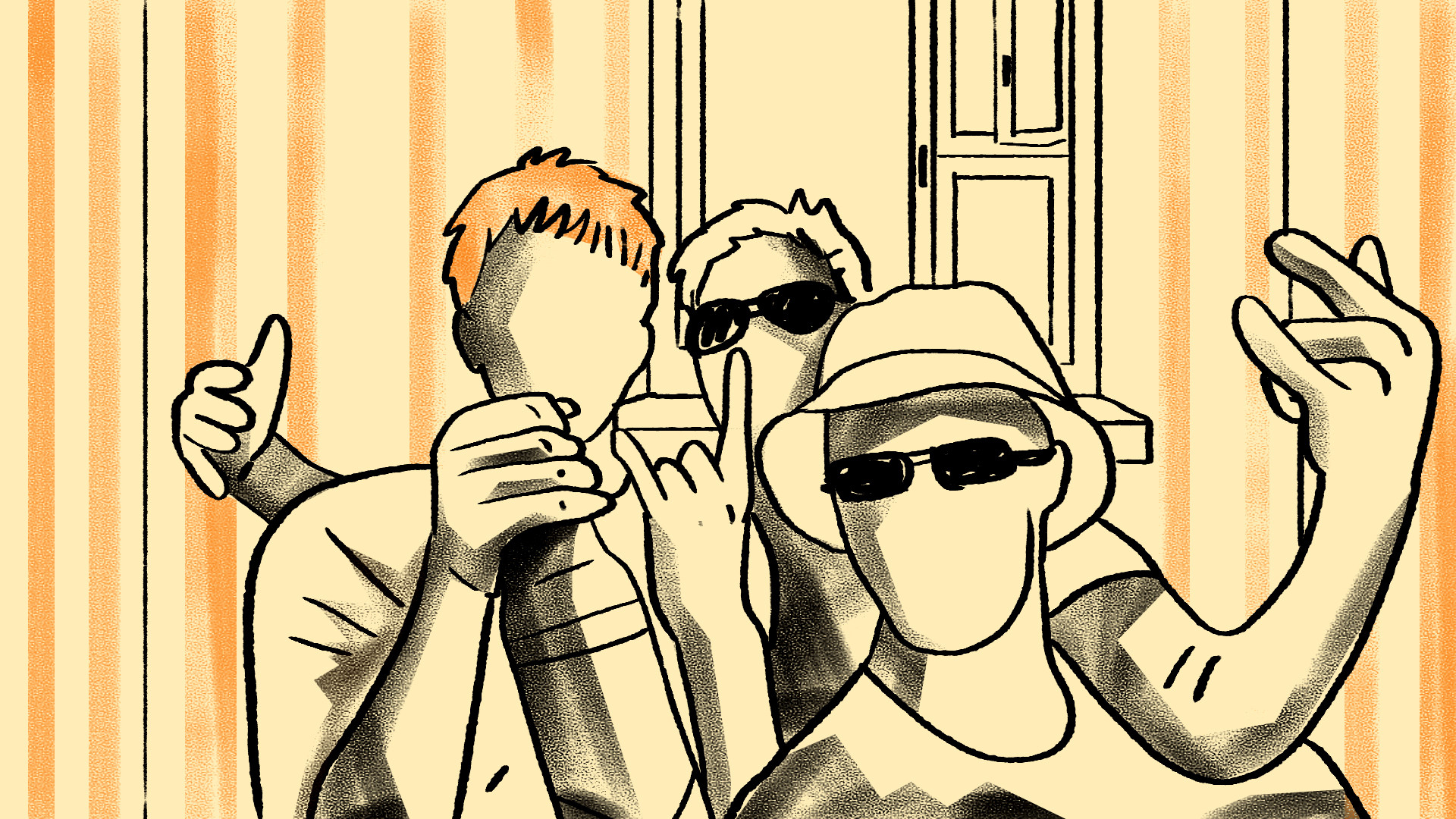 A respondent nicknamed ‘Fox’ even told me it's normal to rent a flat for a day to have a party because many live with roommates or in a dorm, (differences between dormitories in Russia and in the States is a whole another topic). “Parties in dormitories are considered the messiest in terms of awkwardness.”

In Russia, for parties you’re limited to dorms or house parties, which might be why the most common answer I received was: “I didn’t party in university.”

Not having a Greek system might seem like a drawback to partying in Russia, but the pros far outweigh the cons when the drinking age is 18. Fraternities are sometimes unsafe due to fighting, drugs, sexual assaults and a lack of oversight. Given that an 18-year-old looking to drink has the option to head to a bar, I’d say having no Greek life is a positive point for the Russian party scene no matter what you see in the movies.

There is no guarantee that having a drink or two before college will help you better understand your limits, but it doesn’t hurt either.

There are many who've been drinking at school to some degree and know their limits.

There is always an argument in America about the drinking age set at 21, however, in Russia I have never seen freshmen carted away one-by-one to have their stomach pumped (as I often saw in America). Even in bars or home parties it is rarely the 18-year-old that loses control; it is far more likely to be the 30-year-old man who just went through a breakup.

This is one more positive point about the Russian party scene, in my opinion.

Read more: When do Russians allow their children to start drinking?

The social environment is different

“I’d assume that Russian parties are much less crowded than American ones. People love drunk dancing obviously, but you would hardly find a flat party that is overcrowded - I guess we don’t associate the abundance of people with fun,” my friend Ulyana says.

“In Russia, people are most likely to have deep drunken conversations about their life choices, perhaps something personal, while smoking a cigarette. American parties on the other hand would most usually get louder and louder as the night goes on. Russians who just met two hours ago are much more likely to discuss their love life rather than university life or politics,” she adds. 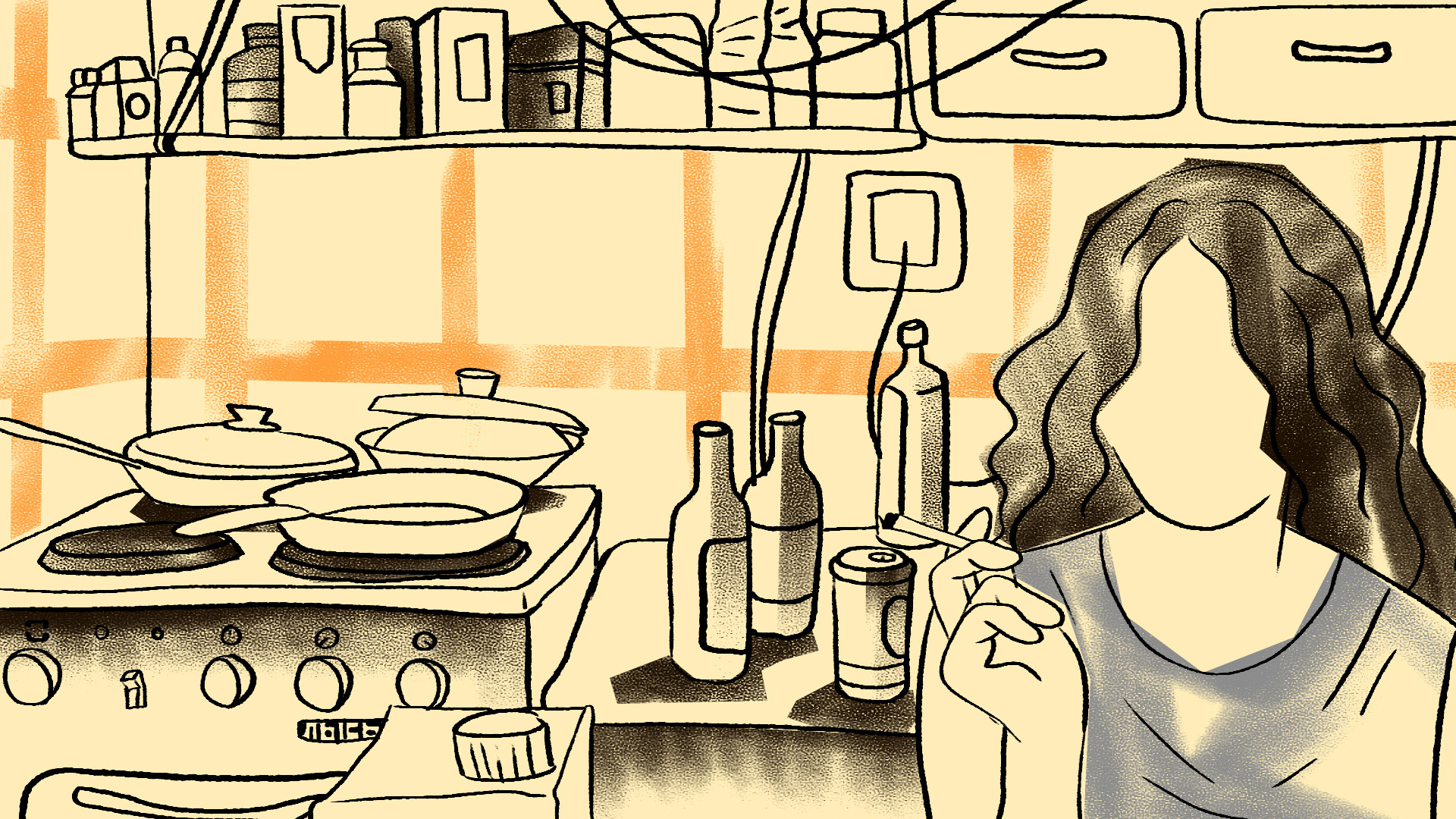 This is where it comes heavily down to preference. For example, many more Russians smoke than Americans. If you’re going to a university party (or any Russian party for that matter) you’ll have a lot of smokers, sometimes out in the hall but also often in the kitchen, which is also where much of the excitement happens. And by excitement, I mean conversation, music, and maybe a game of ’durak’. At an American party you’ll find drinking games a-plenty, such as beer-pong, flip cup, or “Hey-did-you-just-step-on-my-foot-let’s-take-this-outside-motherfucker.”

A Russian party will likely be more personal and less crowded than in the U.S. For example, I have never been to a Russian house party where there was a door-man asking for IDs and turning people away because they can’t possibly fit another body into the three-bedroom apartment where the party is (a common occurrence in American colleges).

As a 30-year-old,  pack-a-day smoker, and a terrible athlete, Russian parties appeal to me, but if I were 19 and someone told me the only parties I could go to were smoke filled kitchens in rented flats or sneaking around a dorm, I’d have to say ‘No’. So, I give this point to the U.S.

In the end, would an American prefer partying at a Russian university?

Yes. You can go to bars, where there’s interesting conversation to be had, and people are more experienced with their drinking. Also, no frat-bros is a plus.

On the other hand, would Russians prefer partying in an American college or university?

Maybe. You haven’t lived until you’ve seen a bunch of guys drop someone doing a keg-stand or slap their buddy on the back who just hit the last cup in beer pong.

But that’s just my opinion.

Here are some other responses from Russians on my question: “What are university parties like in Russia?”

“The music is quite different, although it depends on what kind of party it is. Usually in Russia people start with something like contemporary rap (both Russian and English), and then when everyone gets more and more drunk, we move on to pop, and really old and cheesy pop like Kirkorov or Miladze or Viagra. Don’t ever start playing that music when everyone is still sober to understand what they’re singing. I believe that Americans can listen to pop at any time of the party because American pop is not usually associated with that guilty pleasure kind of music compared to Russian pop,” said Ulyana. 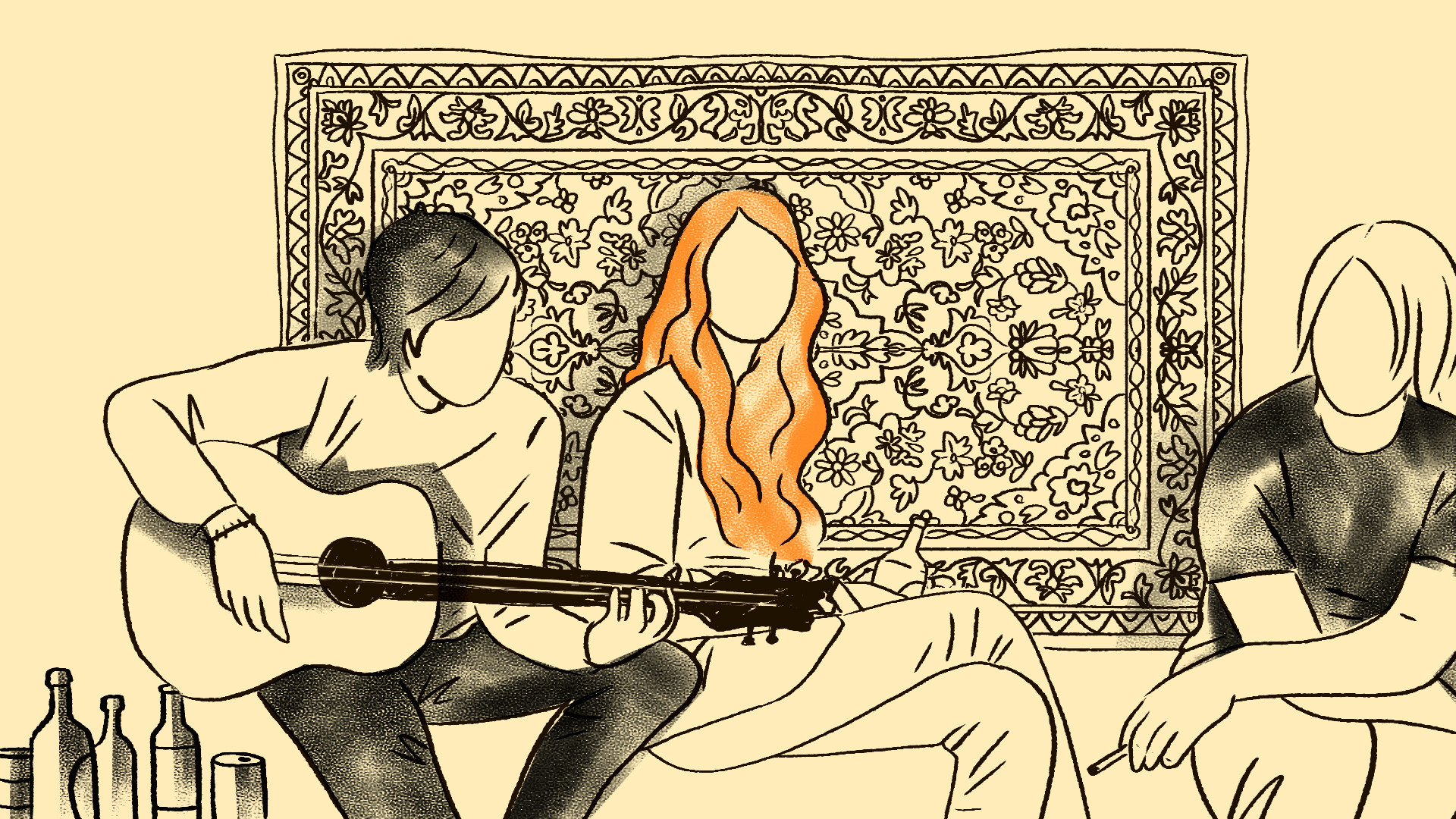 “I just remember it being extremely boring, and since Russians don't know how to socialize the college administration tried to organize something like: 'Day of Greetings of First-year Students,' and it was obligatory to participate, but was so lame. Later, people organized themselves in small groups and threw parties with singing to guitar music, card playing, smoking shisha and so on,” said Yulia.

“I don't really know anything about parties because I'm an introverted idiot who spent my university years studying and reading. I regret nothing.” – Daria

“1) We don't play with booze; we play board games and consume booze.

3) The type of booze REALLY depends on the company. Getting shit drunk with wine is a normal thing, tbh.

4) The best conversations happen either in the kitchen or in the smoking area (usually, it's on the balcony). The third option is a place with fresh air far from the main crowd.

- those who've been drinking at school to some extent and know their limits; (this is the largest group, in my opinion, and usually the vast majority of these smoke, vape or stopped smoking/vaping)

- those who didn't drink at school but really wanted, so they drink A LOT

- those who don't drink for various reasons

The last category is further divided into those who just started drinking (we’d joke that we got the poor girl/boy drunk) and those who won't (the smallest group).

Benjamin Davis, an American writer living in Russia, explores various topics, from the pointless to the profound, through conversations with Russians. Last time he explored what it takes to learn Russian. If you have something to say or want Benjamin to explore a particular topic, write us in the comment section below or write us on Facebook!