Space oddity: 8 paintings by the first man in outer space 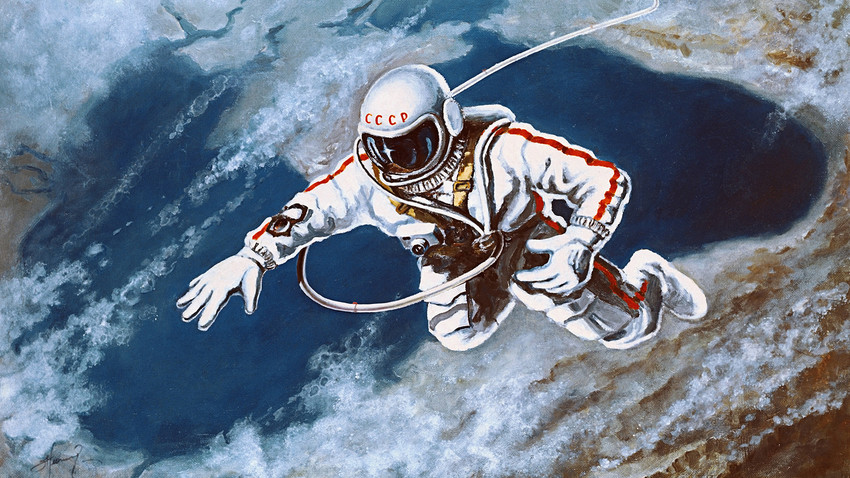 Sputnik
Alexei Leonov was most known for his pioneering 12-minute walk in outer space. Yet, he was also a remarkable artist.

1. When the first man to step out of the spaceship into the great void of outer space, he saw a breathtaking scene: “Stars were to my left and to my right, above me and beyond me,” recalled Alexei Leonov, who died on October 11, 2019 at the age of 85. 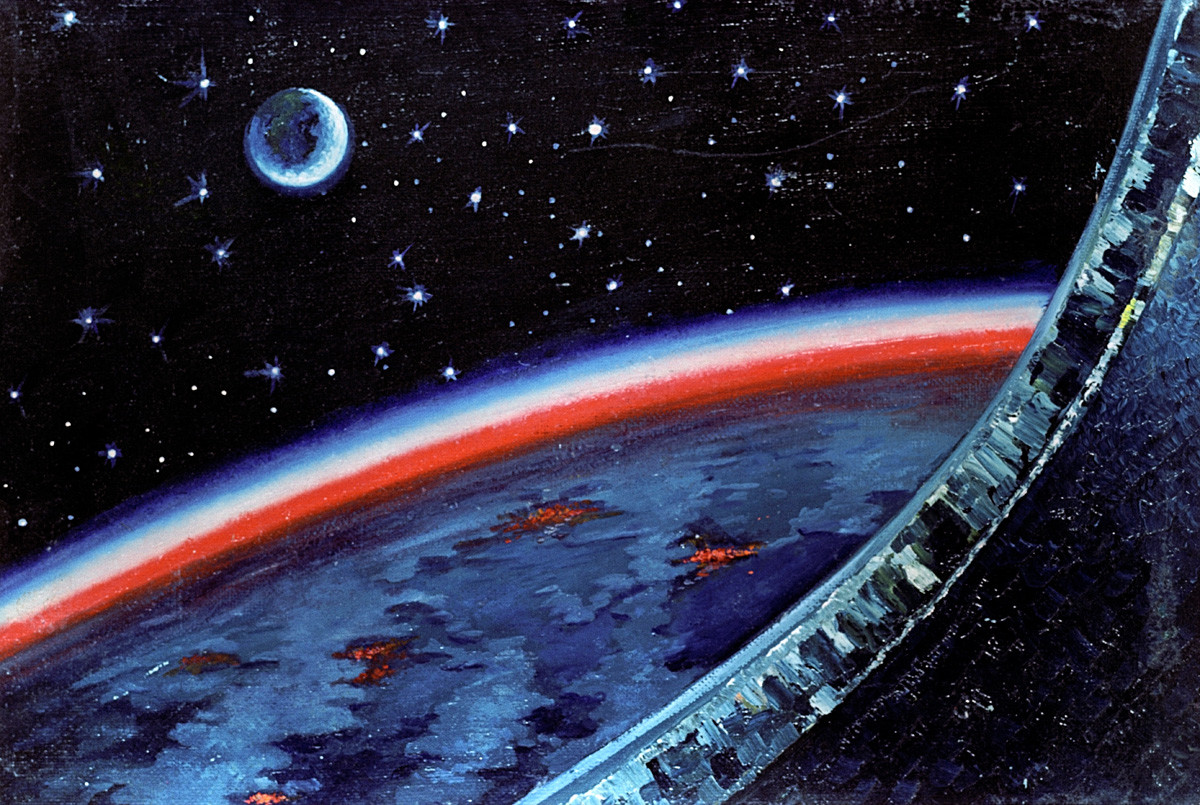 2. The daring 1965 mission bestowed Leonov with fame, but also with memories to inspire a series of artwork dedicated to space exploration. 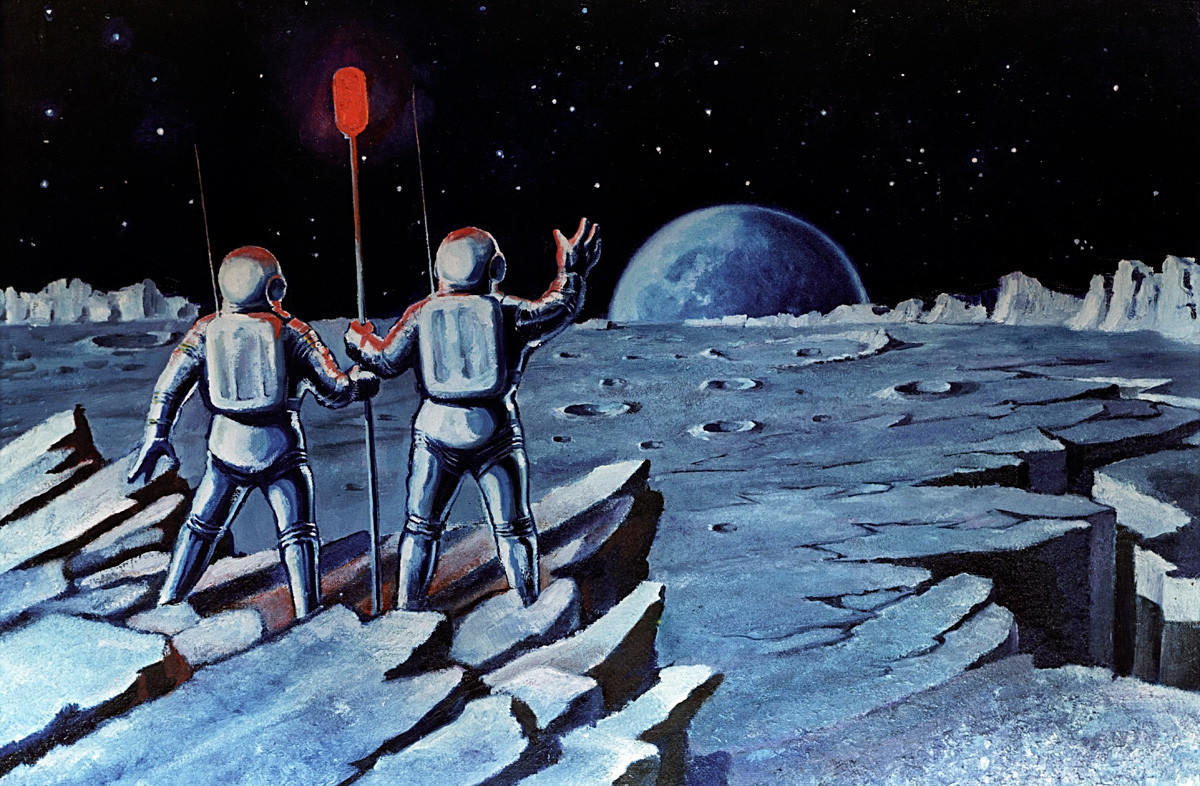 3. Young Leonov could have dedicated his life to art, but the aspiring artist from a poor rural household could not afford the studies. So, he joined the military instead. Eventually, he ended up in the first ever cosmonaut squad, together with Yuri Gagarin, who would later become world-famous as the first man in space. 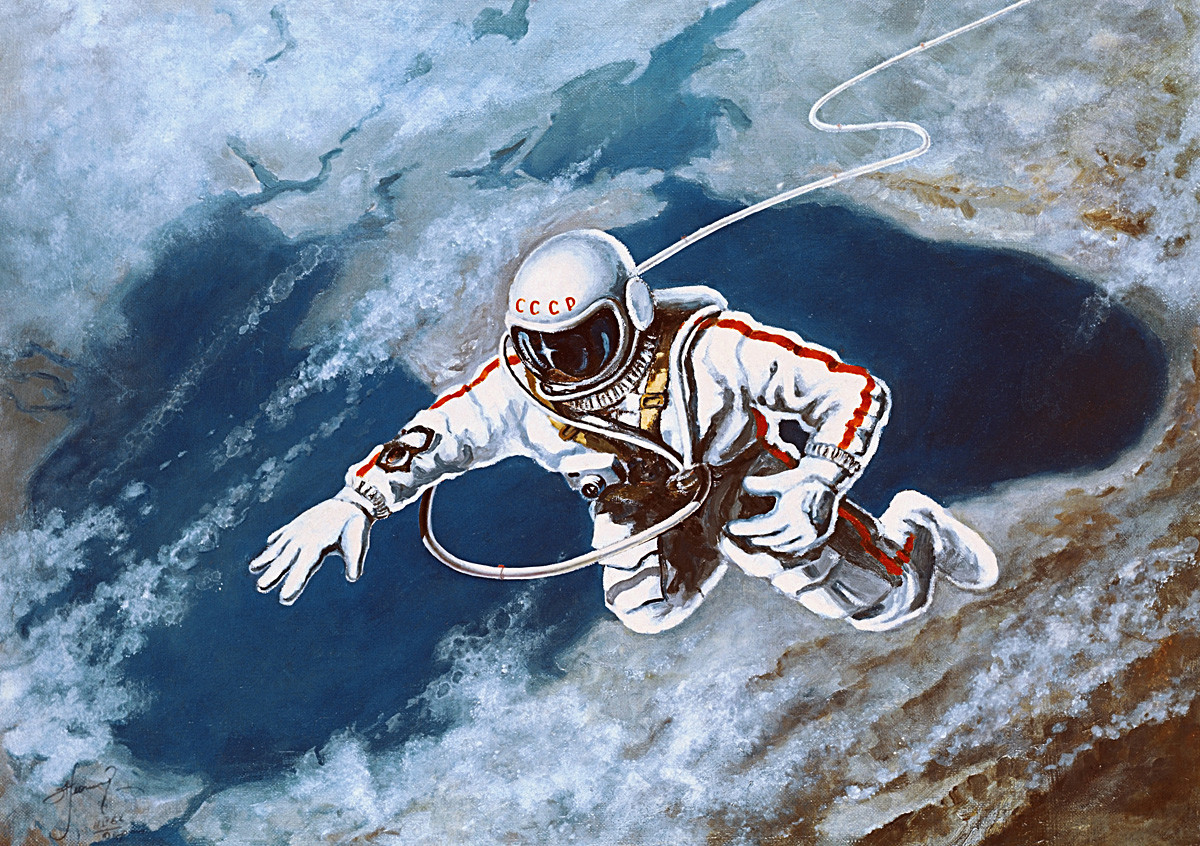 4. Fate had another test in store for Leonov. The young man would have to leave the safety of the spaceship and conduct the first spacewalk in the history of mankind – a mission so daring and dangerous it could have ended fatally many times. 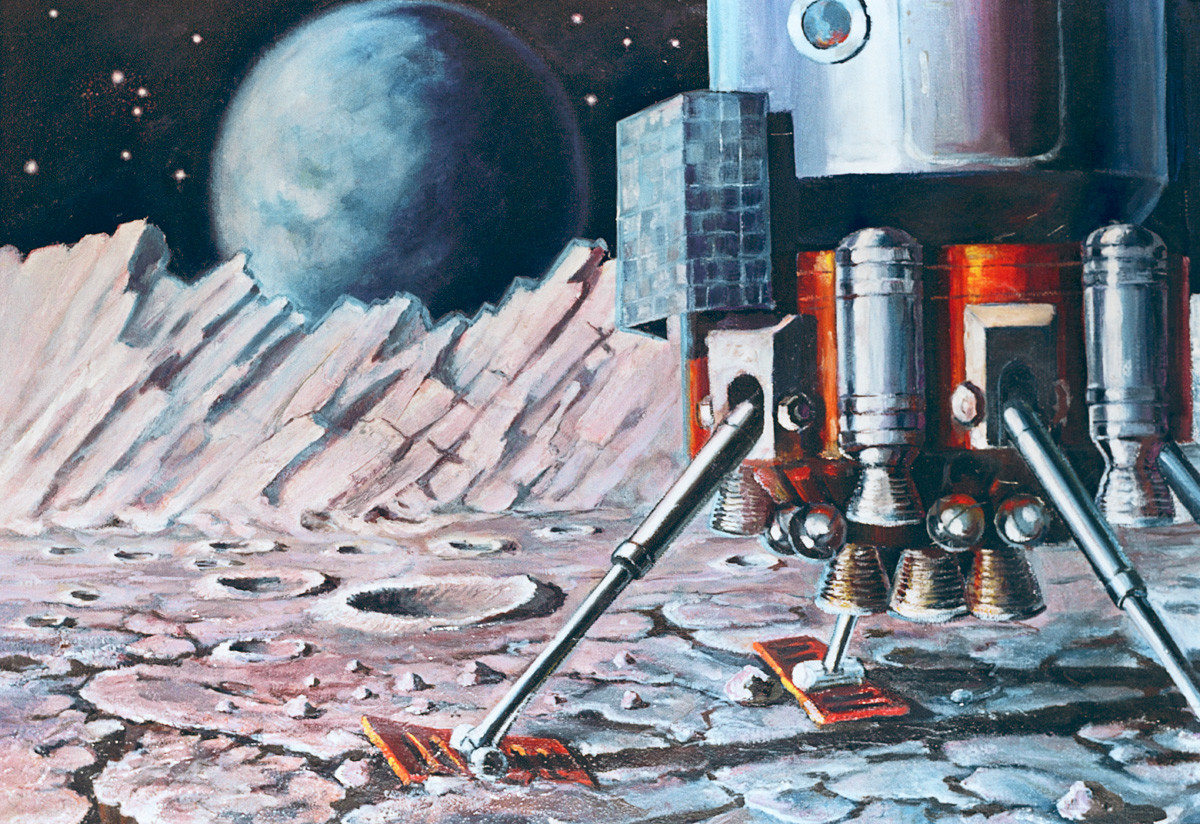 5. Despite numerous emergencies that occurred during the mission, Leonov was able to successfully return to the Voskhod-2 spaceship and prove that humans can survive in outer space. His once-in-a-lifetime spacewalk shaped his artistic interest. Leonov would later produce sci-fi-themed paintings depicting scenes of exploration of space and far away planets. 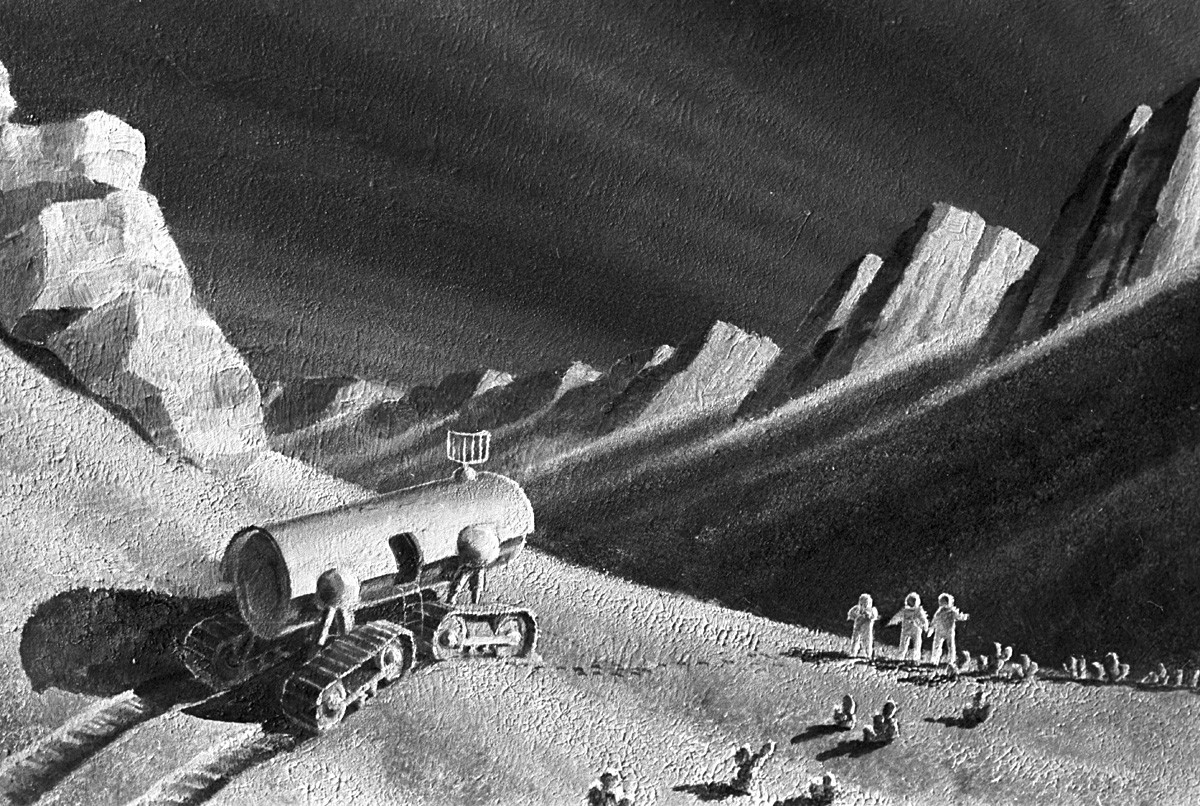 6. As an acting cosmonaut, Leonov always carried a pencil with him on his missions to make sketches the views he was able to witness through the spaceship’s viewing ports. Yet, he also fantasized a lot about the future of space exploration in his paintings. 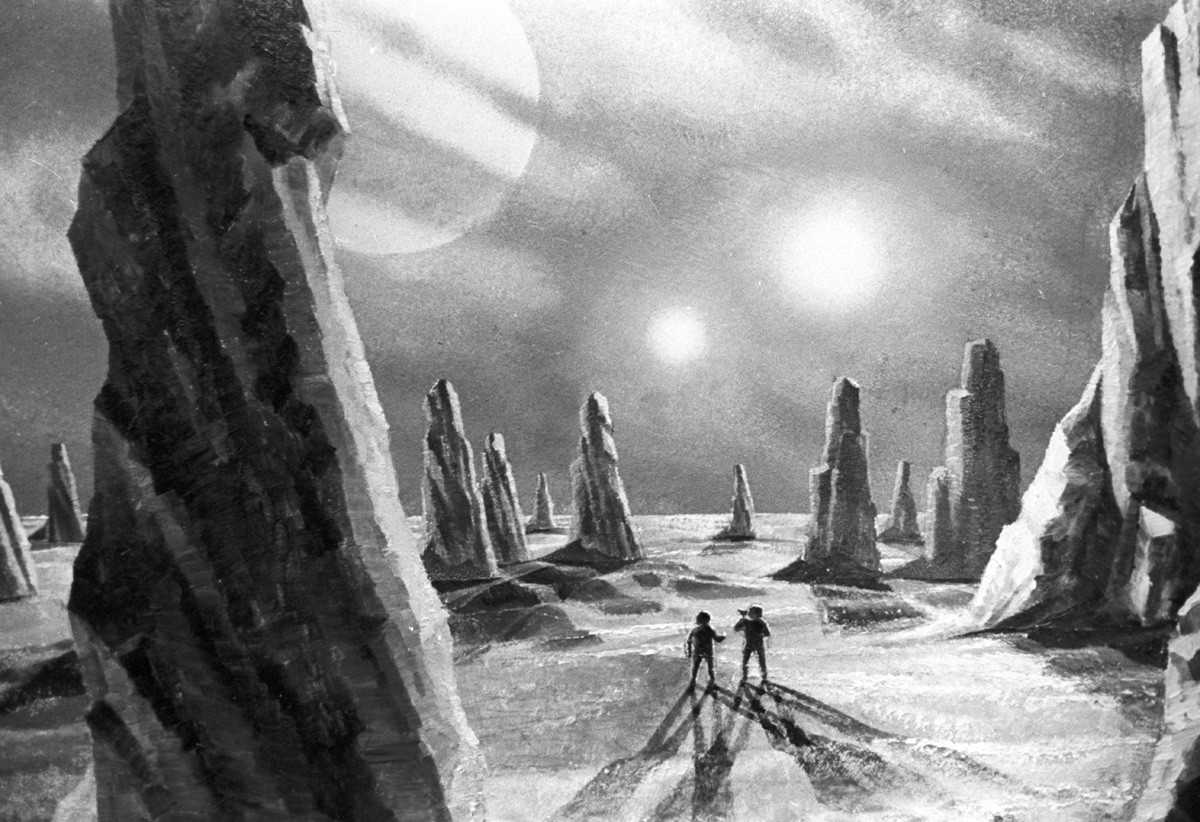 7. Some of Leonov’s 200 space-themed paintings are exhibited in the Tretyakov Gallery in Moscow, and also in galleries in Huston, the U.S., and Dresden, Germany, as well as in other cities. 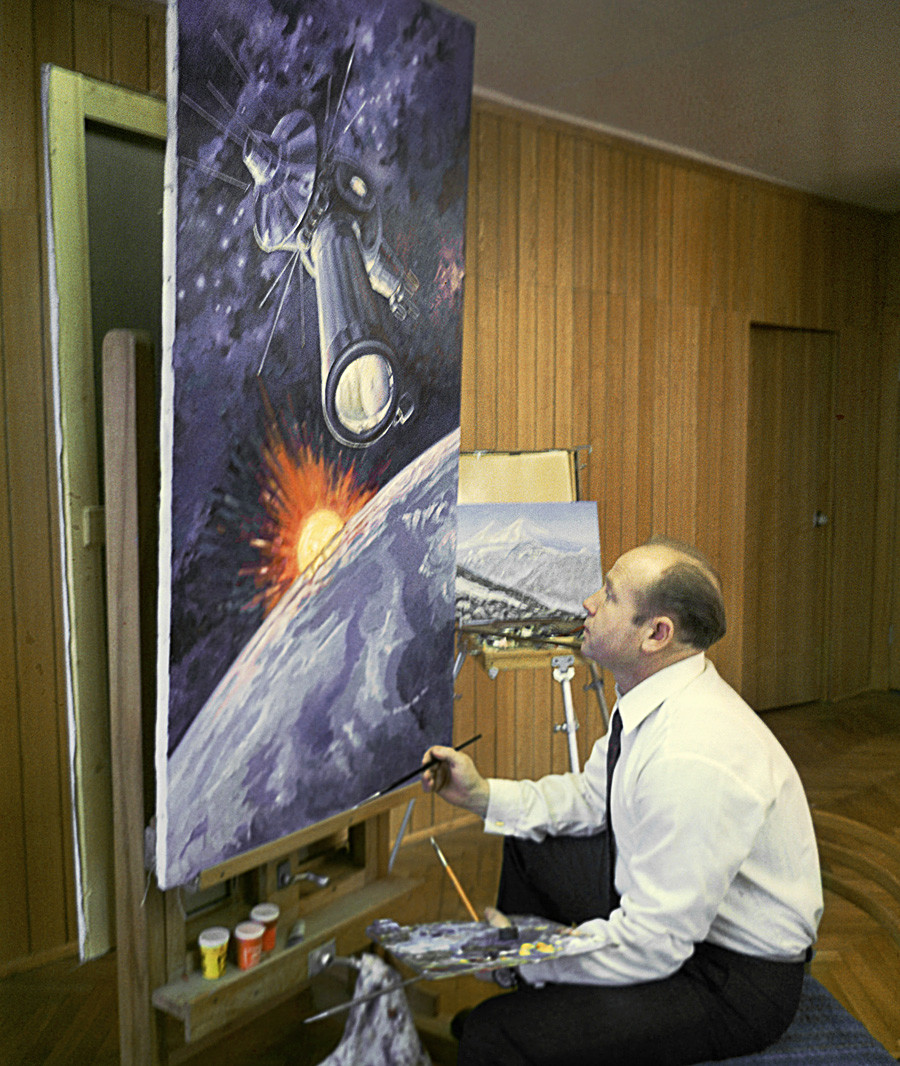 8. Alexei Leonov had personally met Pablo Picasso and inspired the author of “2001: A Space Odyssey”, Arthur C. Clarke, to name the spaceship in the sequel after him. Not bad for an anateur artist. 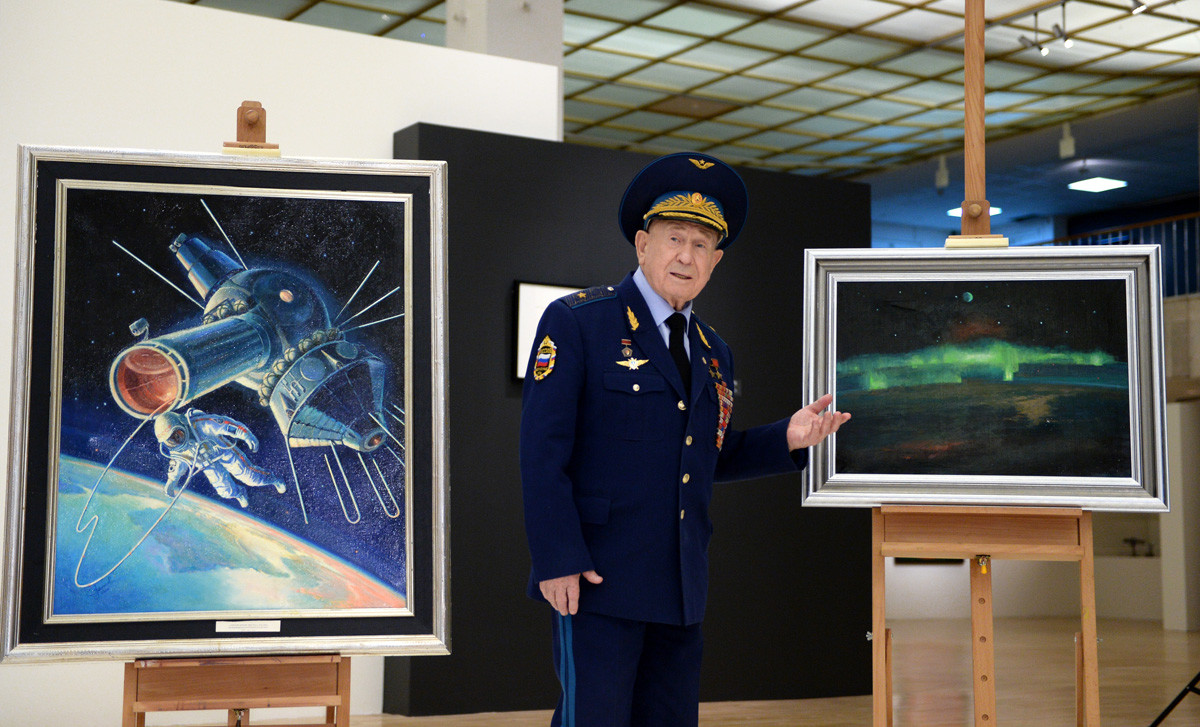 Click here to read about Alexei Leonov, the first man in outer space.