5 RICHEST & most FAMOUS athletes from Russia 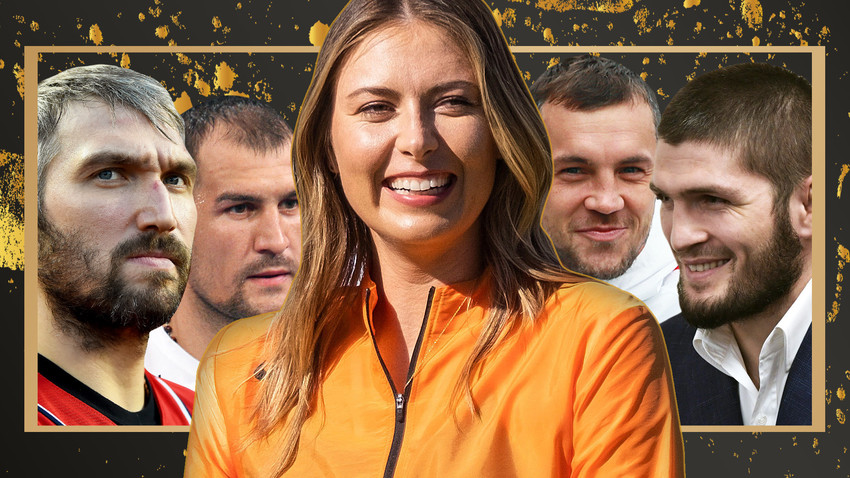 Getty Images, AP, Антон Денисов/Sputnik, Donat Sorokin/TASS
They earn millions of dollars by being the best at their sport. 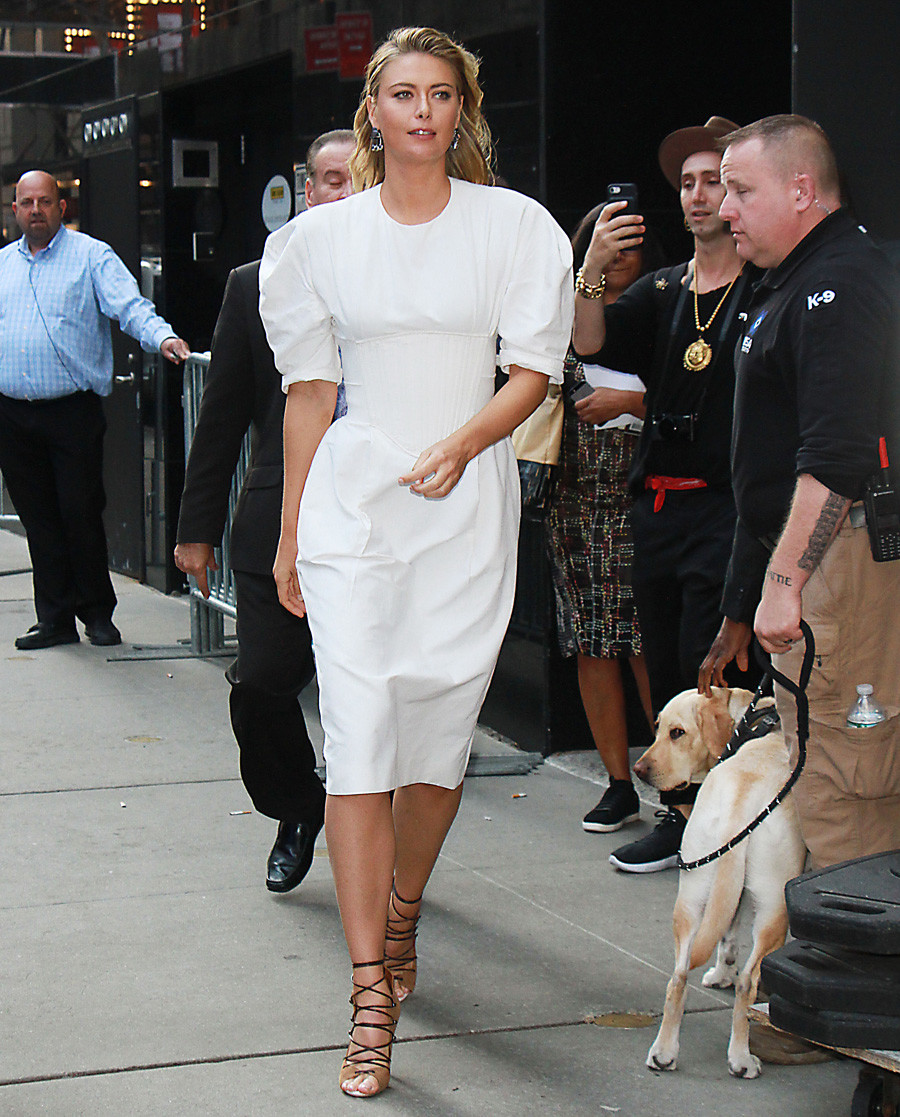 Maria’s first allowance started at $5 a week - the money she received from her parents, whose story is a modest one, by all means.

Born in a small town in Siberia, Maria demonstrated her talent early on and her father took an unprecedented step: to split the family and move to the U.S. with only $700 in his pocket and no English, so that his six-year-old daughter could compete for a place at the IMG Academy in Florida.

But this crazy gamble paid off: at the age of 18, Maria became the first Russian to top the WTA’s singles rankings. Since then, her career skyrocketed, as she began winning a title after a title. So far, Maria has earned $39 million in prize money and made countless millions more from advertisement endorsements that she’s been estimated to be worth $195 million in 2018.

“The first time I really got excited about money was when, after winning Wimbledon… we stayed at a much better hotel and I remember there was a little yellow rubber duck and I called my manager as soon as I slipped into the tub in the bathroom and I was, like, ‘Winning Wimbledon, is the best thing ever!’” gushed Maria in an interview.

Although Maria earned a fortune over the years and transformed her name into a brand, she says she remembers what it takes to work for nothing. “It's always your choice with what you do and your actions ultimately determine how far or low they take you.” 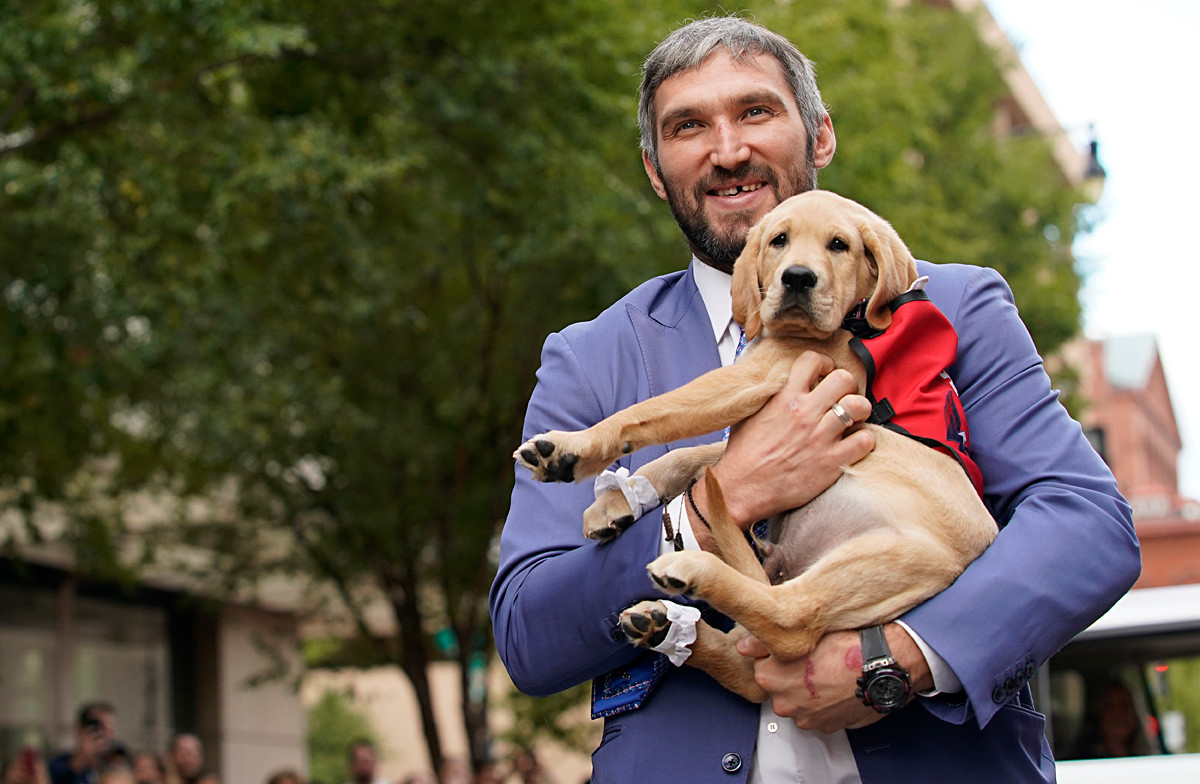 This Russian athlete might arguably be the most famous hockey player in the NHL right now. Ovechkin became the first Russian in history to lead an NHL club to the Stanley Cup as a captain. Playing for the Washington Capitals, Ovechkin has been honored as the most valuable player of the NHL three times: in 2008, 2009 and 2013, but always stopped short of the Stanley Cup.

It was the curse of one of the best players in the league up until the fateful season of 2018: on June 7, the Washington Capitals finally scored a victory in the Stanley Cup final over the Vegas Golden Nights and Ovechkin, as the team’s captain, was first to raise the cup over his head.

The Russian prodigy also closes the list of top five richest hockey players in the world with an estimated net worth of $60 million. To have an idea of how much money that is, click here. Despite this awe-inspiring earning pace, Ovi says he values other things in life: “I feel that I should play in the best league in the world. Money is not an issue and you cannot buy happiness.” More than that, he doesn’t seem to shy away from low-paid jobs. 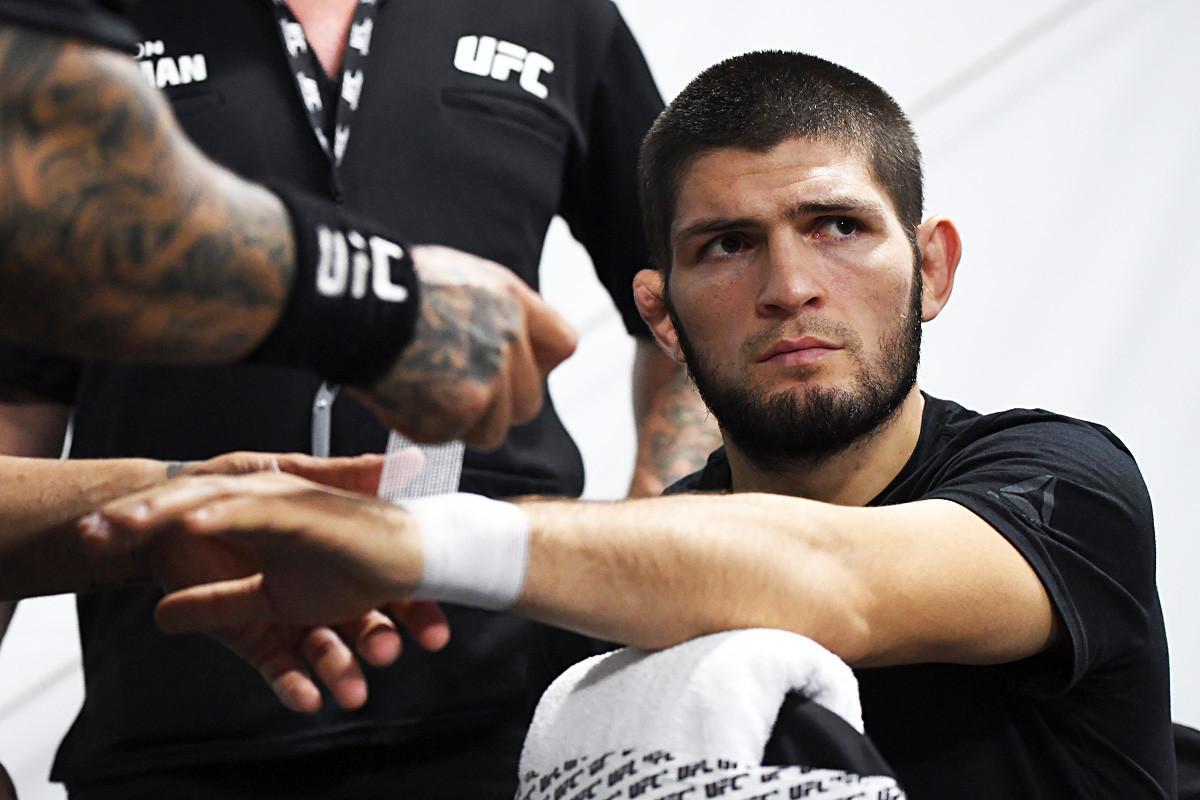 Khabib is who everyone is talking about right now, both in Russia and abroad. An unprecedented level of hostility, a violent bout, and a spectacular brawl that followed immediately after Khabib’s victory over infamous UFC star Connor McGregor, generated $20 million from ticket and PPV sales, even without advertisement contracts.

Khabib’s strong dedication to his religion and specific social values have earned him hordes of followers, as well as haters. Although his net worth, estimated to be $11.5 million, is only a tiny fraction of what other famous athletes make, the Dagestani fighter is on the rise and possesses enormous potential to multiply his fortune in the future. 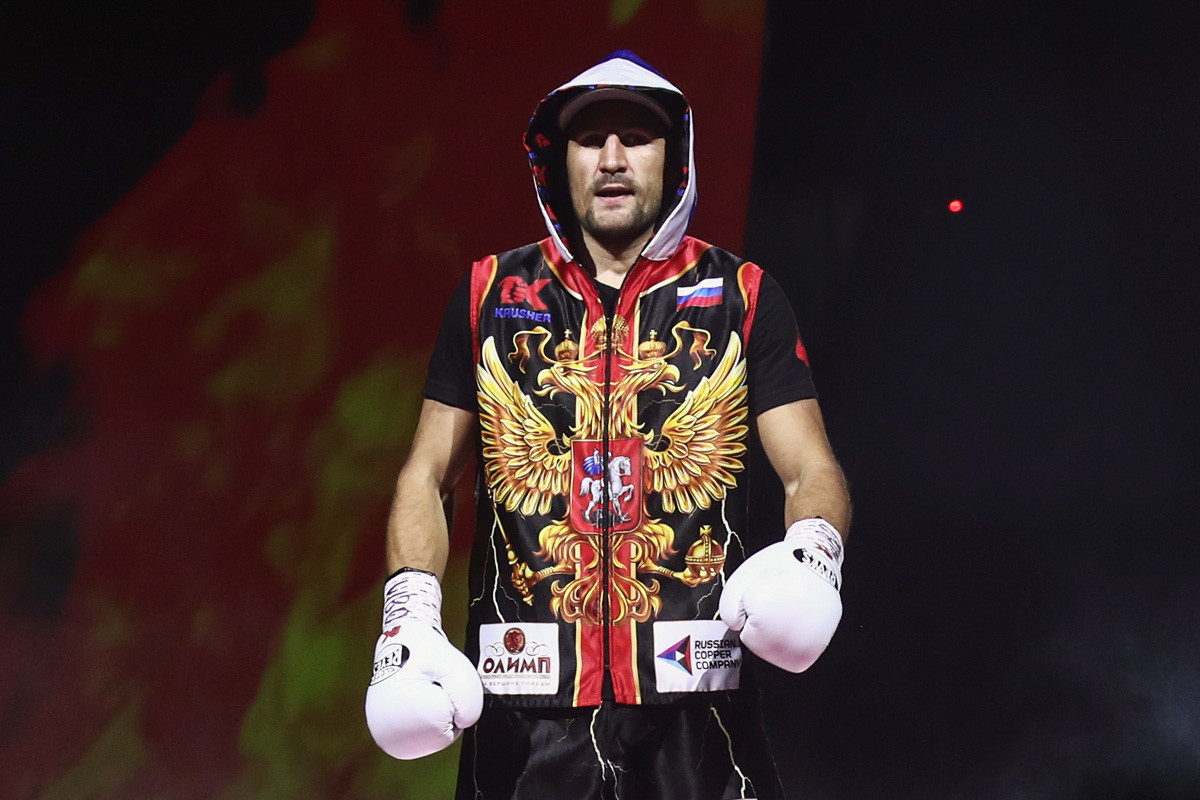 Kovalev, a light heavyweight from Chelyabinsk, has stepped into the international boxing spotlight many times in the past. Although he might be past his prime, his most publicized fight is coming on November 2, 2019, when he will face the superstar of boxing, Saul ‘Canelo’ Alvarez. Rumors have it that the Russian, who is currently a titleholder in the light heavyweight division, was offered a very generous paycheck to face the famous Mexican challenger.

Nicknamed Krusher [sic] for his reportedly heavy punches, this boxer from Chelyabinsk gave legendary Bernard Hopkins a rough time in a fight that ended in a unanimous decision for Kovalev, who became the unified light heavyweight WBO, WBA, and IBF champion of the world. He also faced Andre Ward (loss) and, most recently, Anthony Yarde (win). Kovalev has owned 11 title defenses in the light heavyweight division since 2013, reportedly amassing $7 million along the way.

Unlike the other athletes on this list, Kovalev does not talk about his money. In general, the boxer is not very talkative in public, something he attributes to growing up in Russia: 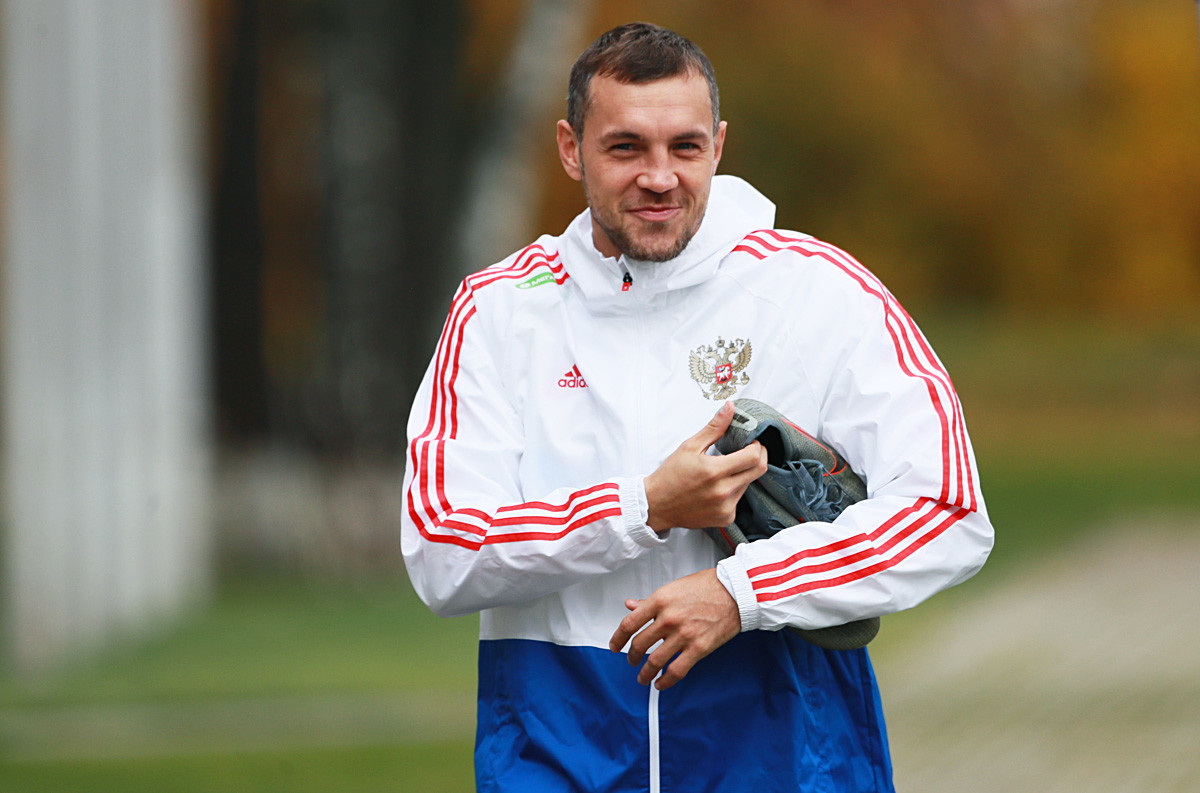 This athlete, together with his trainer and teammates, turned the Russian football world upside down after their impressive performance at the 2018 World Cup. Before that tournament, , Russians had viewed their national team with bitter skepticism.

The traditional attitude shattered and was replaced by nationwide admiration, when Artem Dzuba led his team to the quarter-finals of the 2018 World Cup in Russia. His signature celebration, a salute to the trainer - and fans - after every goal, became something of a meme and an obsession alike.

Dzuba is estimated to be worth $7 million and is on a salary of $3 million a year, playing for Zenit St. Petersburg football club. The man famously turned down a luxurious job offer from a Chinese football club: “I was offered an $8 million contract, plus bonuses. However, this is simply a way to make a lot of money, but not to build on my career. I’m not ready to go [to China] just for the money. My friend Leonid Slutsky once said: ‘What can big money buy you? As you ate at that restaurant, so you will continue to eat there.’”

Click here to read about the origins of Soviet baseball.