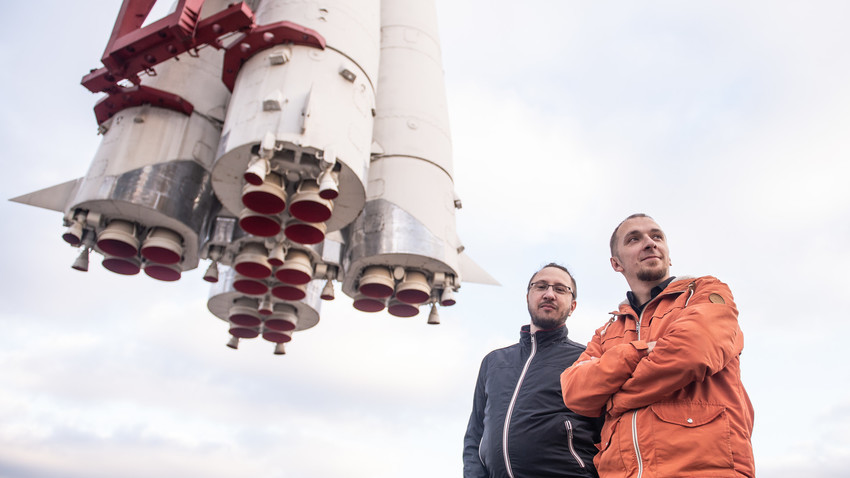 Konstantin Chalabov
One day, game designer Anton Mikhailov decided to give up on profitable free-to-play projects and instead create a game based on his own ideas of what’s beautiful. It turned out to be so good that Apple immediately acquired it for its new Arcade video game service.

At the end of September 2019, Apple launched its Arcade service. For 199 rubles (ca. $3.10) a month in Russia (or $5 in the U.S.) users get access to a constantly updated library of video games that can be played on iPhones, iPads, Mac computers and the Apple TV set-top box.

Initially, only one game on the new service was created by Russian designers, the Tortuga Team from Kaliningrad. However, the game designers’ road to success was far from easy - before the launch of Arcade the market demanded very different games from developers.

“They looked at me as if I were a holy fool”

Four years ago, game designer Anton Mikhailov realized he was fed up with creating free-to-play games.

“I wanted to make a conventional pay-to-play video game. When you announce such a plan, the community begins to look at you as if you were a holy fool - implying that everyone is already doing a proper job and you are still frittering your time on trifles,” says 35-year-old Mikhailov, one of the founders of Tortuga Team. 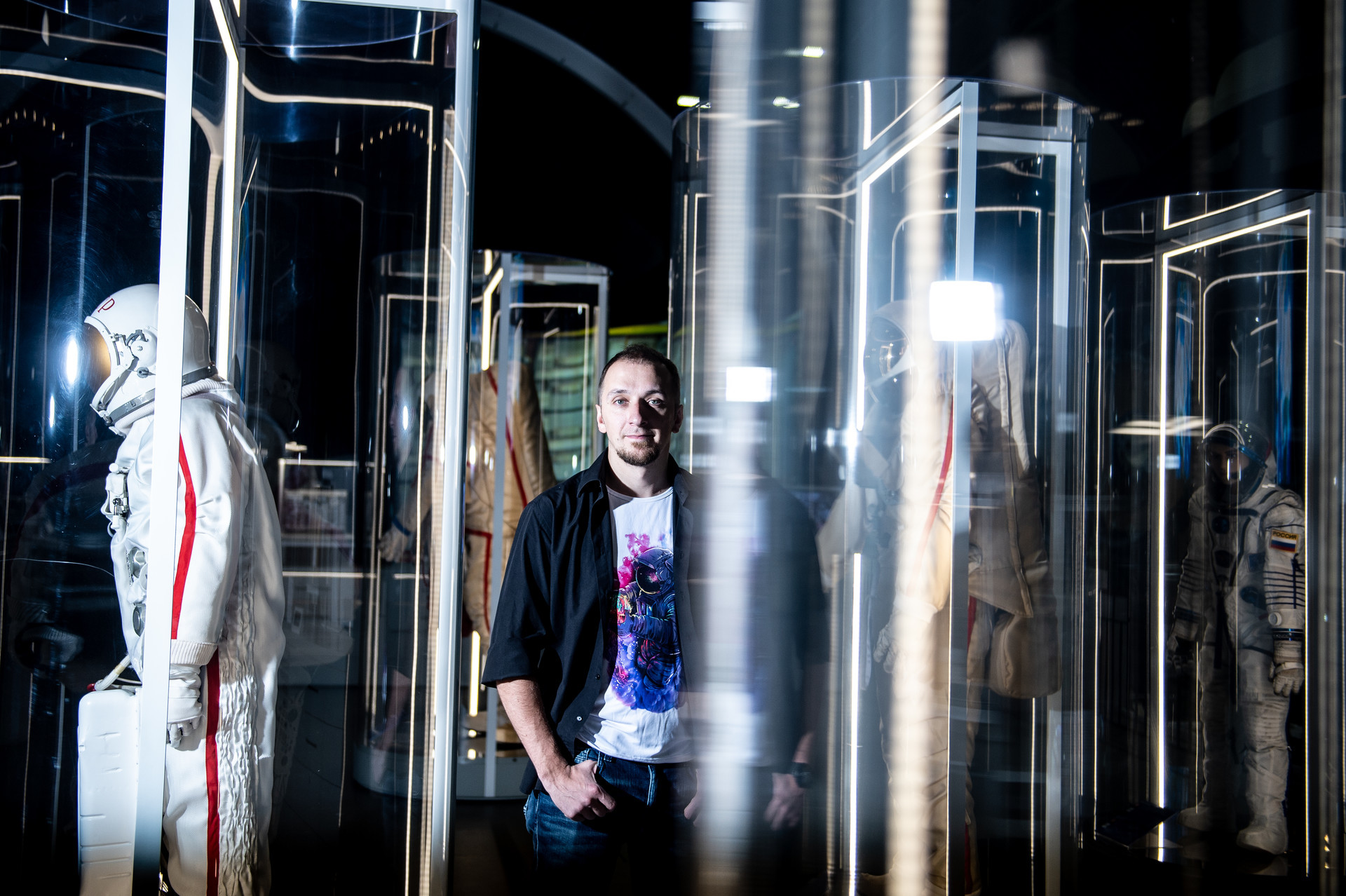 Free-to-play games are hypothetically free and one can enjoy them without spending anything. But to accelerate the progression of a character or to have more frequent victories, players are offered enhancements for real money. This business model has long captured the mobile games market, and not only mobile.

Anton says he always approached his job creatively, like a film director, but the mechanics of free-to-play required more analytical work with the data to convert players from “freeloaders” to paying clients.

The direct opposite of free-to-play are traditional pay-to-play games, for which a player pays once and receives the whole content straightaway.

After becoming aware of a personal crisis, Mikhailov involved Tortuga Team co-founder and director Dmitry Pyalov in his work. They resurrected their old designs and within five months had created a prototype of their pay-to-play game. Admittedly, by that time, the artists and the rest of the team were beginning to get bored. According to Anton, they were not getting anywhere.

“I respect those who make free-to-play games, because it also involves a huge amount of work, but it’s work of a different nature. Free-to-play is like opening a restaurant, something goes wrong all the time,” says Anton Mikhailov.

He compares the development of such games to the production of cars on an assembly line: It is a complicated operation that requires serious effort and investment. But the end result is still a standardized product.

Unlike the latter, creating pay-to-play games is like customizing an individual car in a garage: The result can be cool, but it is difficult to scale it up. Such are the pay-to-play games developed by small studios now, says Anton. They don’t have to pay so much attention to the preferences of the mass market and they have more room for self-expression. “You expressed an idea, someone paid for it, played the game and admired it,” Mikhailov explains. 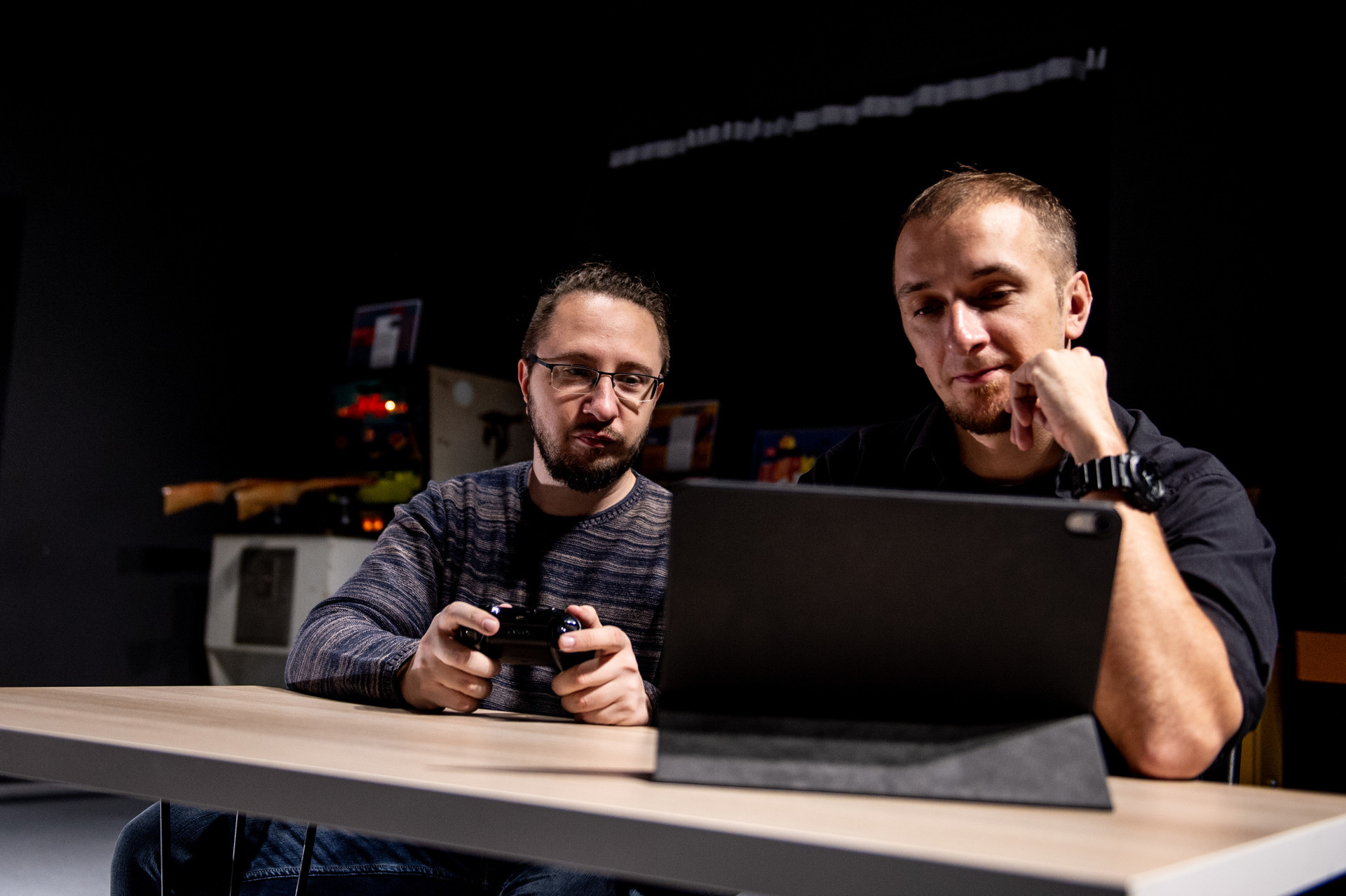 Spaceland has been in development for 4 years

“We are all walking in the fog”

To convince their colleagues to continue work on the new project, Anton and Dmitry had to put the finishing touches to the concept and flesh it out.

“All of us, game developers, are walking somewhere in the fog and artists and programmers follow us. It is not clear who will reach the goal. We don’t know what exactly will take off,” believes Anton.

In the end, they decided to describe the concept in simple terms - as a “simplified, more aggressive X-COM” (the first part of this turn-based role-playing game, which acquired a cult following, came out back in 1994). The prototype incorporating the new concept was ready, and it first convinced one artist to continue work, and then the others followed. At one stage, up to 10 people were working on the new game, most of them remotely. The project was named Spaceland.

The main characters of Spaceland are rugged space rangers who find themselves on a seemingly deserted space base on a distant planet. The base quickly turns out to be not-so-very deserted, and an exciting sci-fi action story begins.

According to the game’s developers, unlike X-COM, they tried to focus on the plot, which is revealed in the game both in cutscenes between battles and in dialogues on the battlefield. Also, the game was deliberately made more dynamic, motivating players towards an aggressive gameplay, so that they feel a sense of event saturation in a shorter period of time. 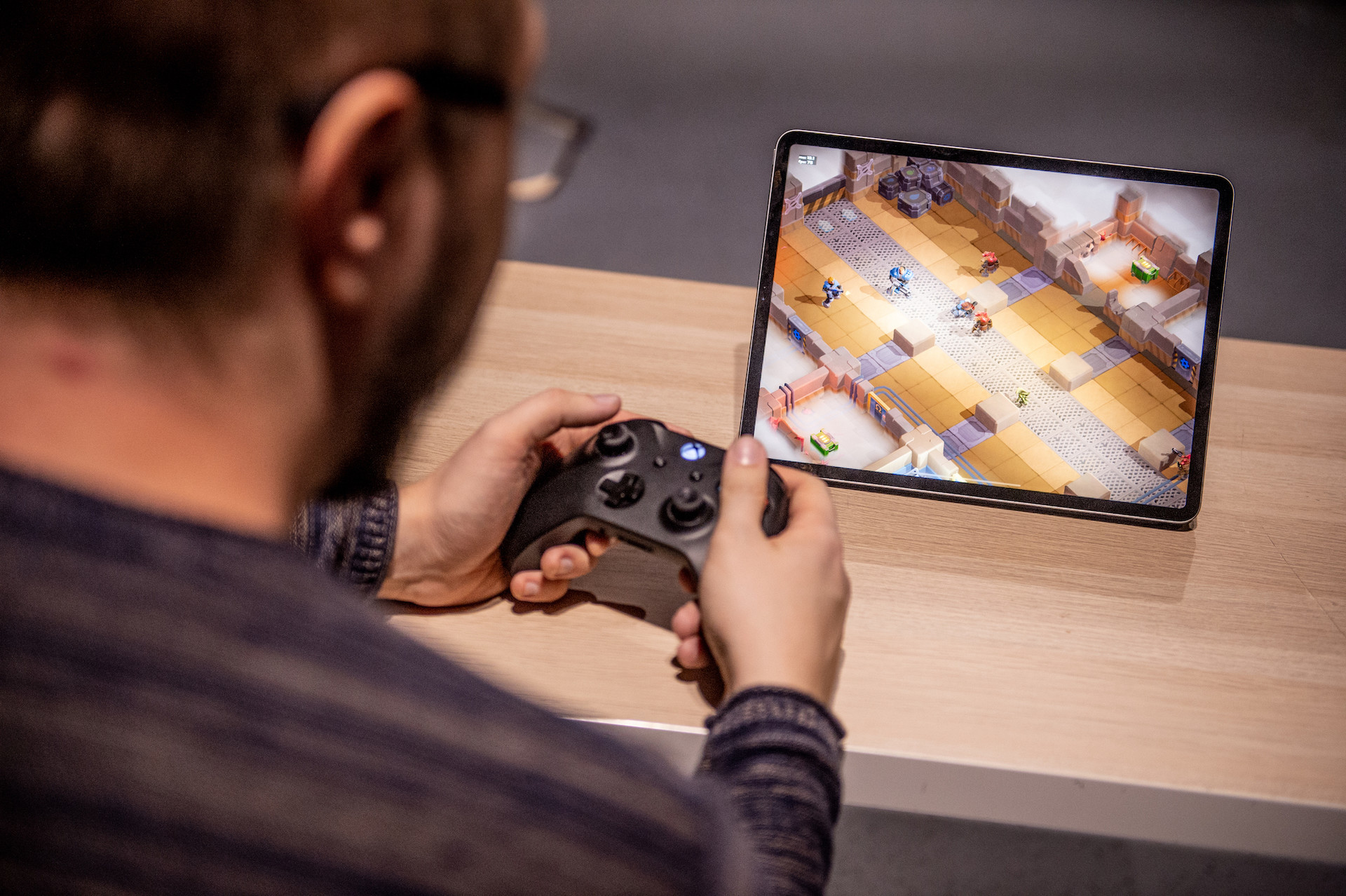 Spaceland characters have different relationships with each other. Someone is patronizing the others, another one is just a troll

The large area the space base is located on consists of dozens of places where missions successively take place. The number of characters under a player’s control gradually increases, and in some cases, a team can be individually picked for a particular task.

It was already being planned to launch the game on the Steam platform for personal computers, but then Apple announced the beginning of its Arcade service.

For game developers like Tortuga Team, the launch of Apple Arcade was a turning point. The world’s largest technology company decided to invest in supporting high-quality games not tied to manipulative mechanics aimed at getting players’ money. For an Arcade gamer, it is all straightforward: You pay a subscription and get access to a library of games selected by the editors of the service.

Each developer whose game is available on Arcade signs an individual contract with the company and undertakes not to release their games on other mobile platforms.

“Apple does a great job by going against the trend in a sense,” believes Anton Mikhailov. According to the developer, Arcade's philosophy is to invest in studios that are trying to bring something new to games: new mechanics, design and style, or new ways of presenting a story. In other words, they are creating art, not just making money.

The developers submitted an application for Apple Arcade in May 2019. The game was already ready then, but only for PCs. They urgently had to port it to Apple devices, which took three to four months. They themselves believe that their policy of being “not like everyone else” helped them to be selected. 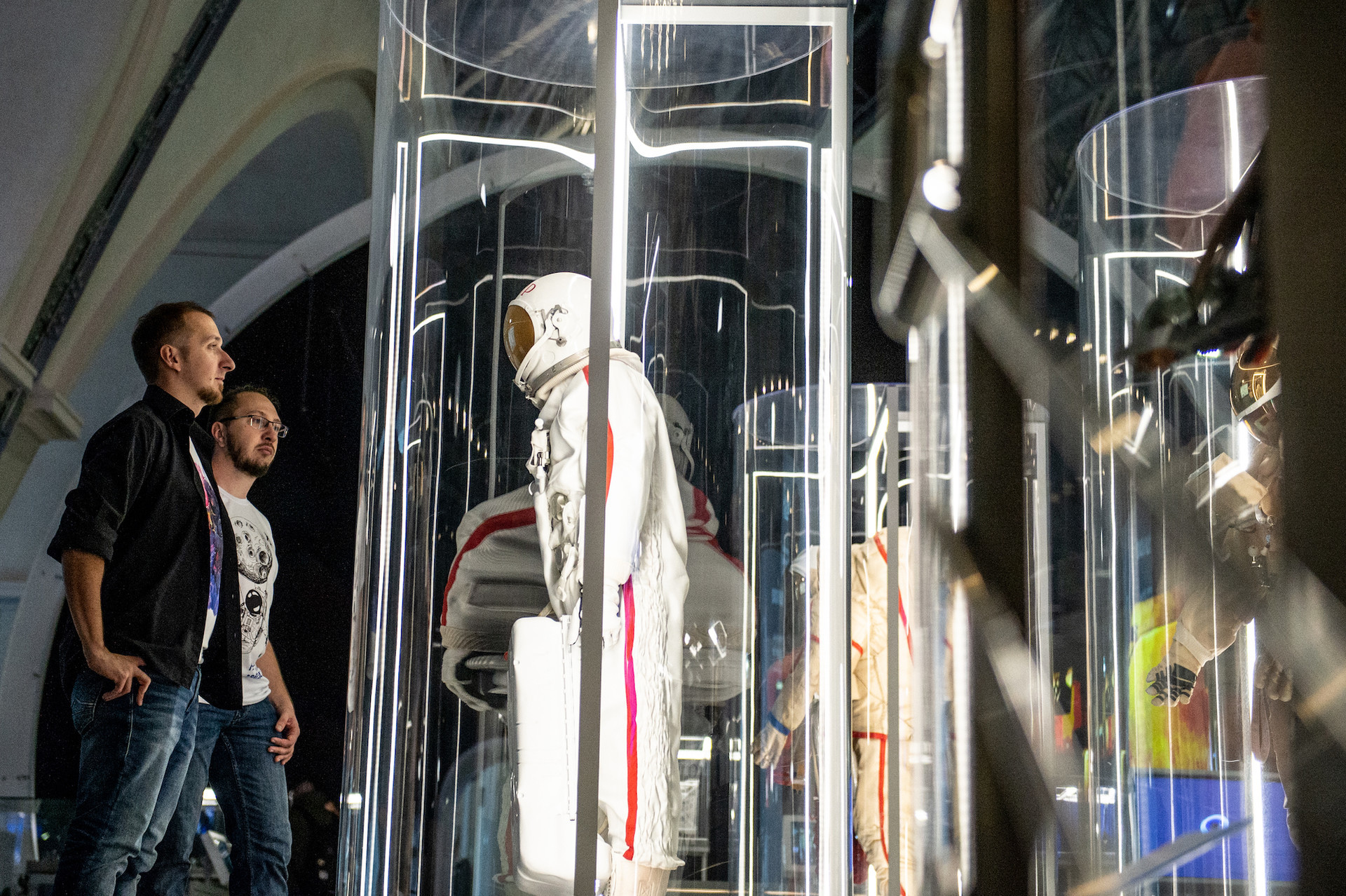 Free-to-play games proved to be the most profitable market for many developers. In turn, it made indie studios less frequently experiment with the new and creative ideas

“For Steam, tougher and more complicated games are needed, as a rule. I am not particularly interested in them. I feel more in tune with positive and life-affirming family games. And these are the games I make. It has turned out that they are in demand, including on Apple Arcade,” says Mikhailov.

According to him, the main rule a game designer should follow is not to restrict themselves and not to try to do everything according to the textbook, because in the production of games the creative component is much more important.

“Now that Spaceland has come out, I read in the comments that some like it and some don’t. But all of them point to features of the game that I planned. For me it’s a success because I’ve created what I wanted,” says Anton Mikhailov.