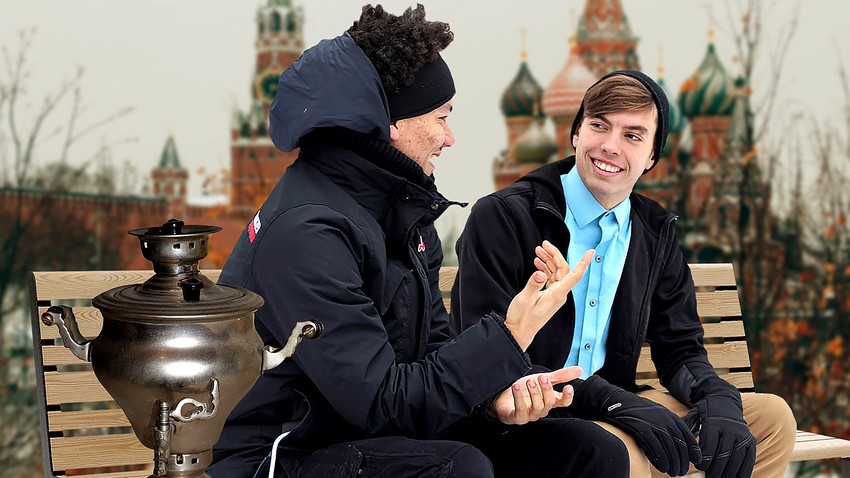 Irina Baranova
Here are some phrases and cultural codes to make these mysterious people with their mysterious Russian soul open their mouths in awe.

Of course, knowledge of the Russian language will give you +100 points for Gryffindor in the daunting task that is surprising a Russian. And Russians are really amazed by any foreigner brave enough to attempt speaking their language, even if it sounds messy or wrong. They understand how hard it is with all these Cyrylic letters, the changing word endings and the very special tone of voice that for many sounds as if some goons are discussing harming somebody.

But if you don't know the language and still want to impress your Russian wife, husband, friend or foe with something he/she absolutely doesn't expect from you - these tips will help you.

First things first - please don’t try to impress a Russian by using the phrase ‘nazdrovye’ while drinking. Because WE DON’T DO IT!

1. An interjection that only a Russian will understand

Let’s start off light. Russians always use these five letters - and if you communicate frequently with a Russian, you would probably notice it. 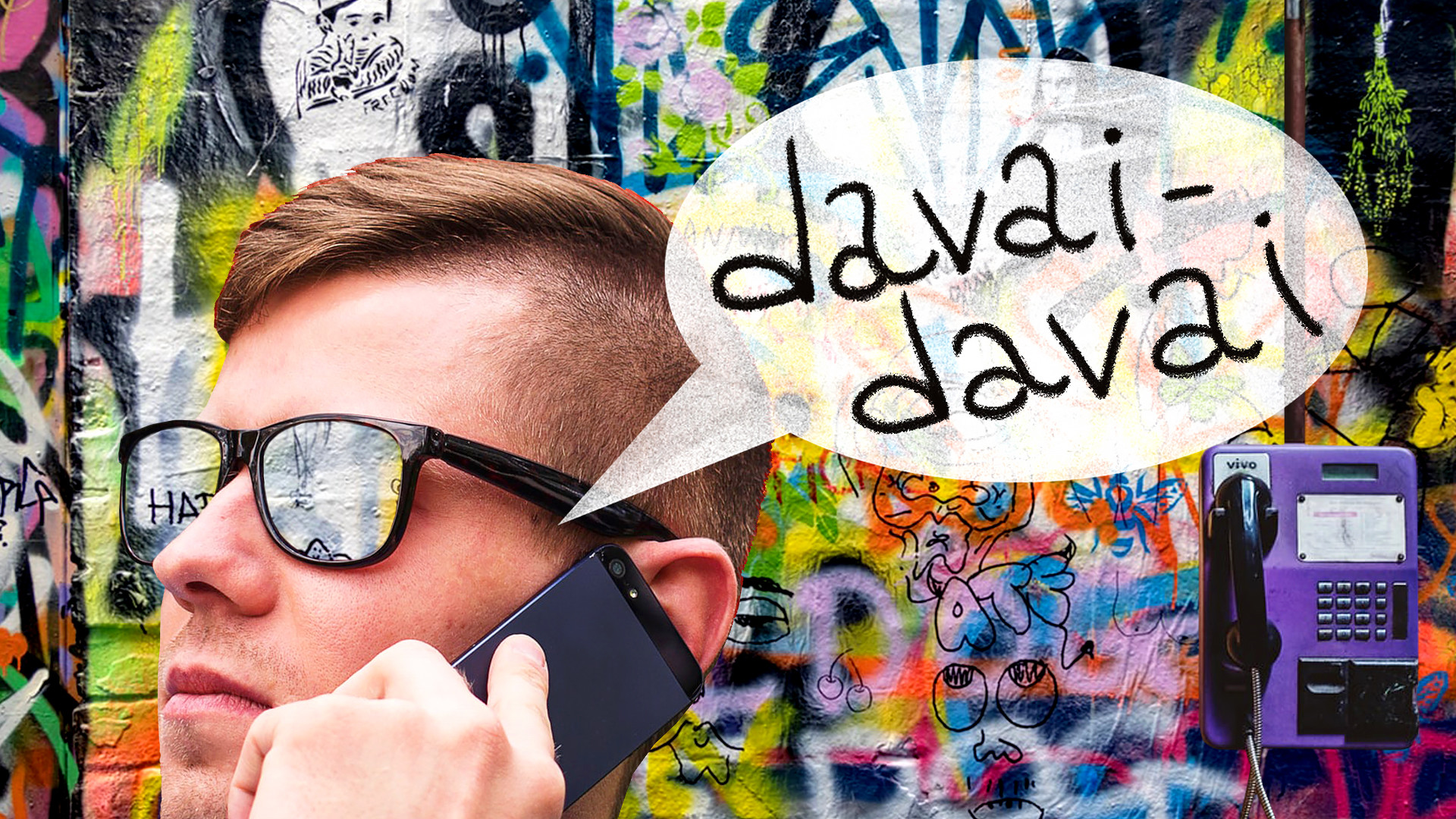 Don’t say goodbye or “до свидания» (dosvidanya) when ending a phone call. Instead, say ‘davai’, and you’ll be a brother in Russian eyes.

A nice way to impress a Russian is to say this instead of “dammit!” when you fail at something, or are faced with sudden and unpleasant circumstances.

When a Russian asks about something you’re not altogether sure about, but lean more towards a “no” e.g. your plans for the evening, or whether you’d like some tea etc., - reply with this, using a pensive face/tone.

The next level of surprising a Russian is casually using a typical Russian word in your speech. Please forget about balalaika, babushka and vodka. That’s not funny and can even offend a Russian (because Russians like to take offence when their culture is being stereotyped).

The closest version in English would be to exclaim “Unbelievable!” or a similar word signifying one’s outrage. However, the slang word can also be used in situations such as watching a game of sports, and one of the sides is being mercilessly slaughtered; or when watching news footage of protesters looting shops, for example.

When it’s falland dark outside, and there is nothing worth watching on your favorite streaming service. Just say “toskaah”. It means a deep and irreconcilable  boredom. 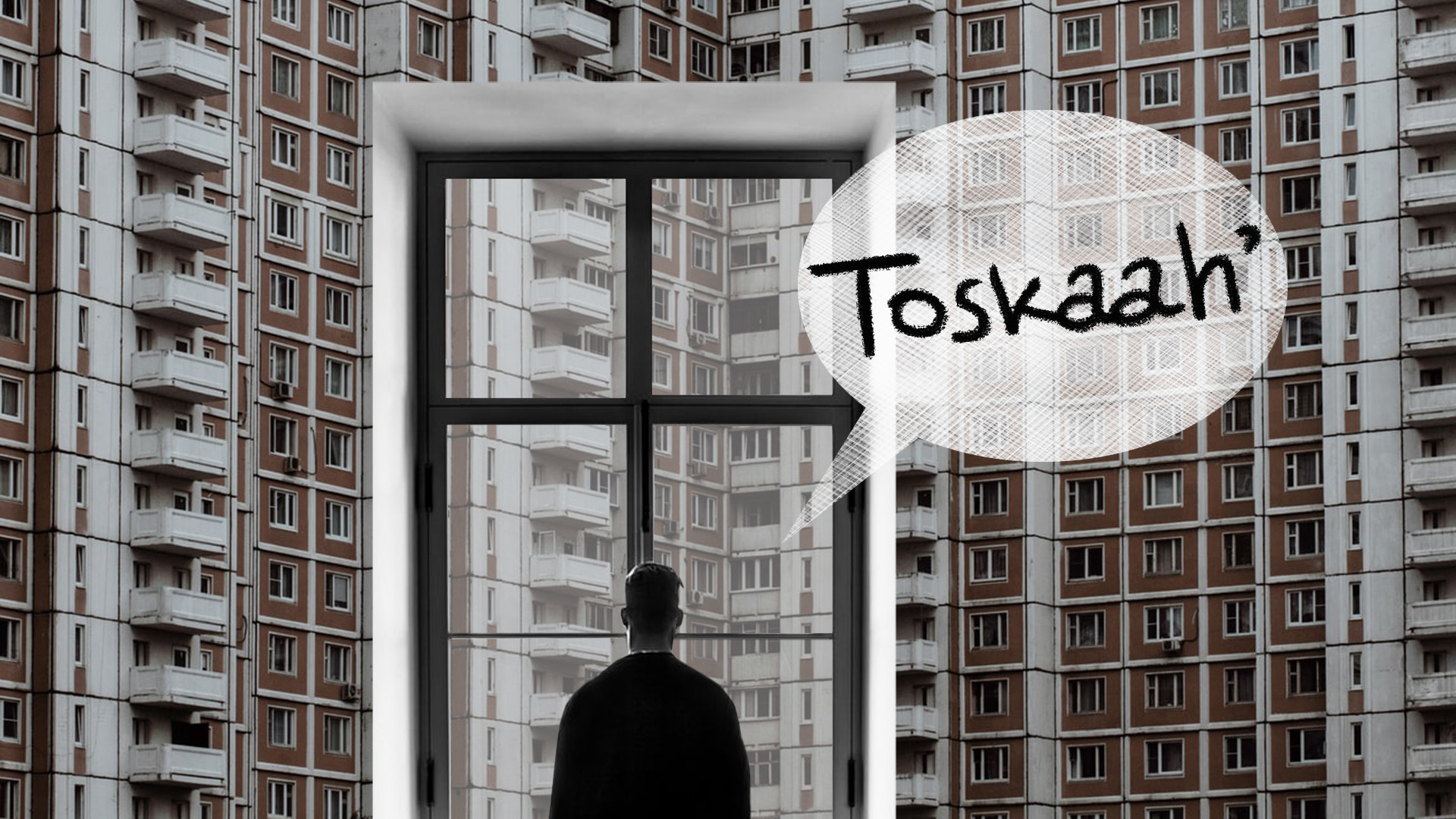 Frequently used this way: ‘фу, какая пошлость’ - foo, kakaya poshlost. “Yuck”, or “Ewww, that’s gross!” or “what vulgarity!”. When something - such as an artwork or film - pretends to be aesthetically deep, but in fact is tasteless kitsch. Likewise, you’ll want to use the phrase when someone is being crass or sexually obscene or explicit in an attempt to be humorous. It can be a bit like saying “You idiot!”, but doing so in jest, without real anger.

Here is your full guide to such words

There are some phrases that have no (direct) equivalent in other languages.

You can say it when you suspect a Russian is lies to you. Literally it means ‘don’t lead me by the nose’. A bit like “Are you pulling my leg?” or “You’re taking the piss” or “You’re winding me up!” in English.

Literally means “don’t be stupid” or “don’t be daft”, but more in cases when a friend is having trouble with something very simple - performing a task or understanding 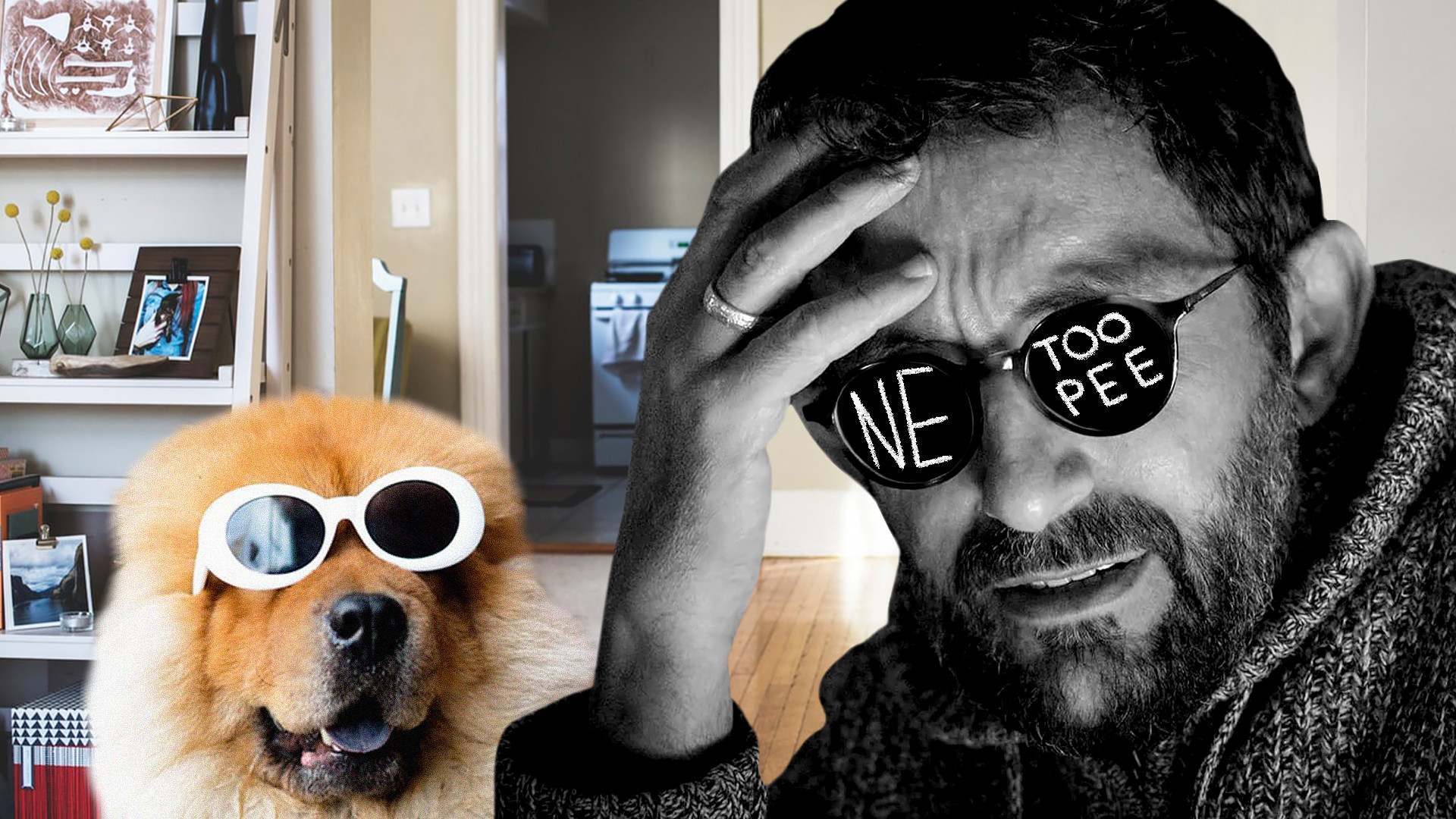 Here are some more interesting proverbs you can save for later.

4. A reference to a Soviet movie

“Haven’t you seen this movie?!!” is the most frequent reaction of a Russian when another Russian says that he hasn’t watched a certain Soviet movie. They are considered timeless classics, and even Russia’s main legacy by some.

Of course, you should also definitely go through our list of 100 best Russian and Soviet movies. There’s bound to be something here for everyone!

But we take pity on you and suggest some most interesting quotes from the movies:

To say ‘don’t get on my nerves’

(‘Mulya, don't get on my nerves!’ A phrase that legendary actress Faina Ranevskaya utters in the Soviet comedy ‘The Foundling’. Here are other witty aphorisms from Ranevskaya herself. 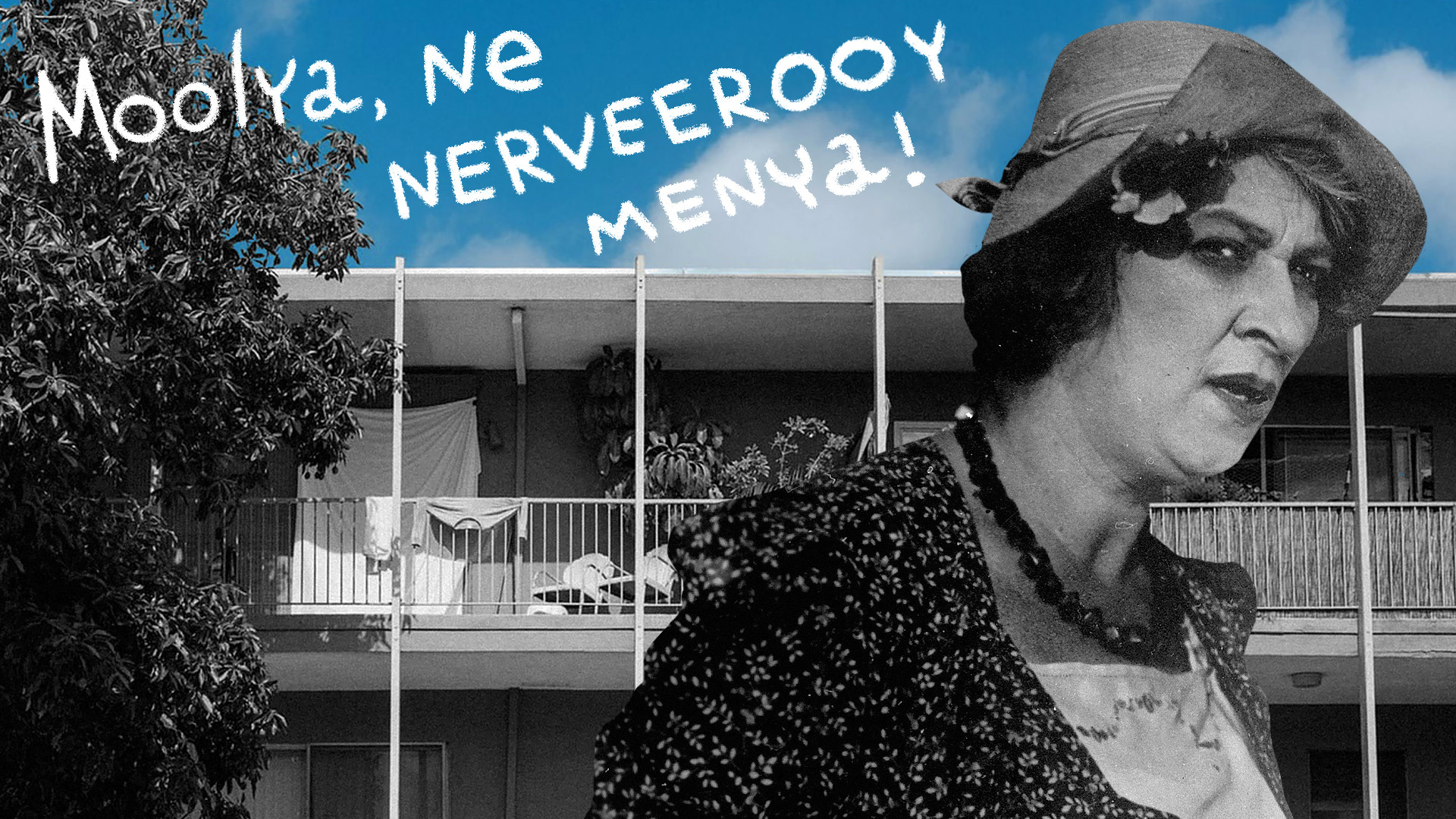 To make fun of one’s hangover or blackout

(‘One should drink less’ is a quote from the main New Year comedy ‘The Irony of Fate’, which tells a story of a man so intoxicated that he ended up in Leningrad instead of Moscow… a frequent occurrence for some Russians)

Repeat this phrase and jump around just like in this clip from the movie:

If you don’t want to let someone go

(‘Strierlitz, I would ask you to stay’ is an aphorism from the popular Soviet series ‘Seventeen Moments of Spring’, about a WWII-era deep-cover Soviet spy in Nazi Germany)

5. A reference to classic literature

Moving onto advanced stuff now. If you are going to impress a Russian this way, you probably want to marry him/her!

As you might have noticed, the Russian author of this article started it with a quote from a 19th century poet. And that says a lot about Russians. They like poetry and respect their literary legacy in general. Any one of us knows a dozen  Pushkin poems by heart.

So where to start? First, read a book or at least a poem by a Russian writer. This quiz will help you find the one that suits you best. Secondly, find a phrase that you like the most...

Here are some phrases from the most popular ones:

If you discuss Russia and politics:

If it's fall and golden leaves are everywhere:

(“A time of melancholy! So charming to the eye!” is a quote from Pushkin's poem ‘Fall’.) 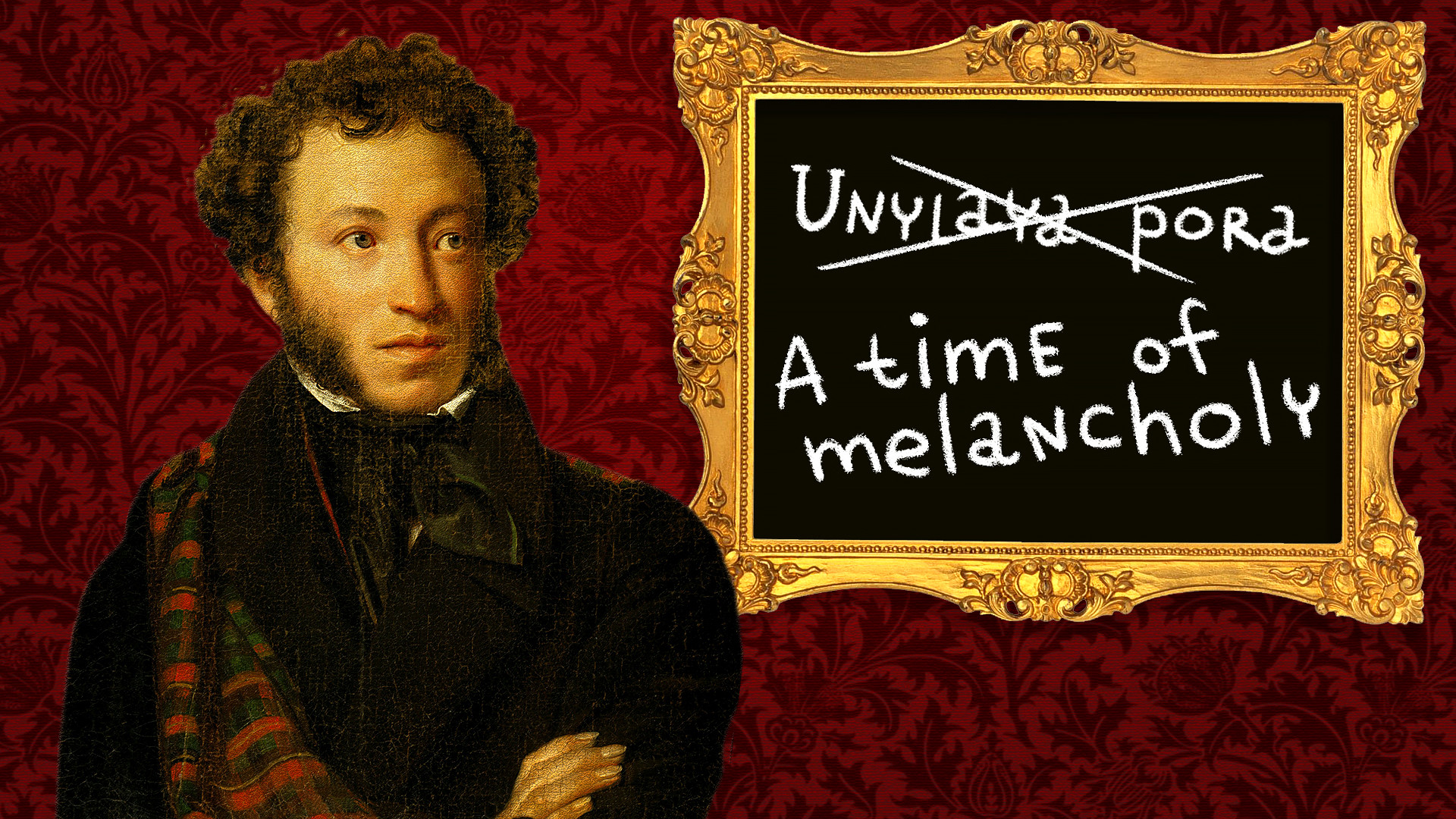 (“Hard frost and sunshine – a beautiful day!” is a verse from Pushkin's poem 'Winter Morning')

If you use any of our tips, rest assured - Russians will be amazed and pleased at least that you've taken the time and put in the effort. But even if you absolutely don't have an ear for languages - just be kind and always ready for a prolonged or soulful conversation, and be an attentive listener: a Russian will appreciate these qualities above all else.