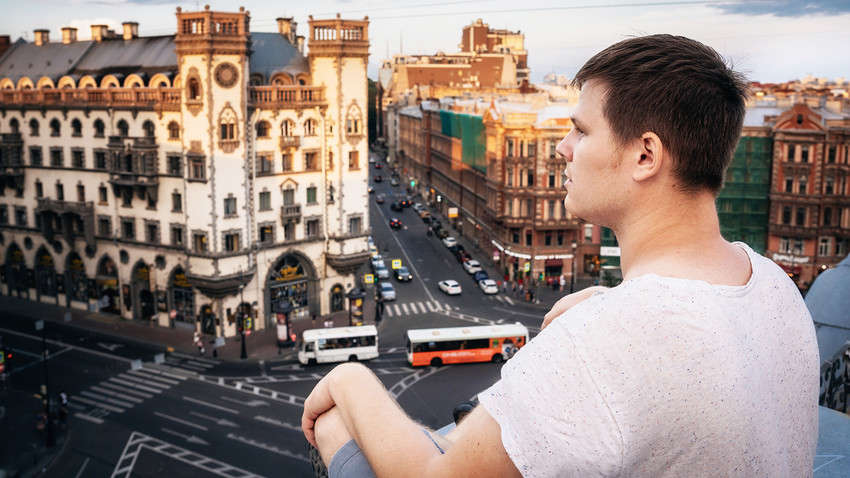 A young man is sitting on a roof and looking at the Leo Tolstoy square in Saint Petersburg, Russia

Getty Images
St. Petersburg has a few rules everybody should follow and respect. If you do, you will feel at home in this amazing city! 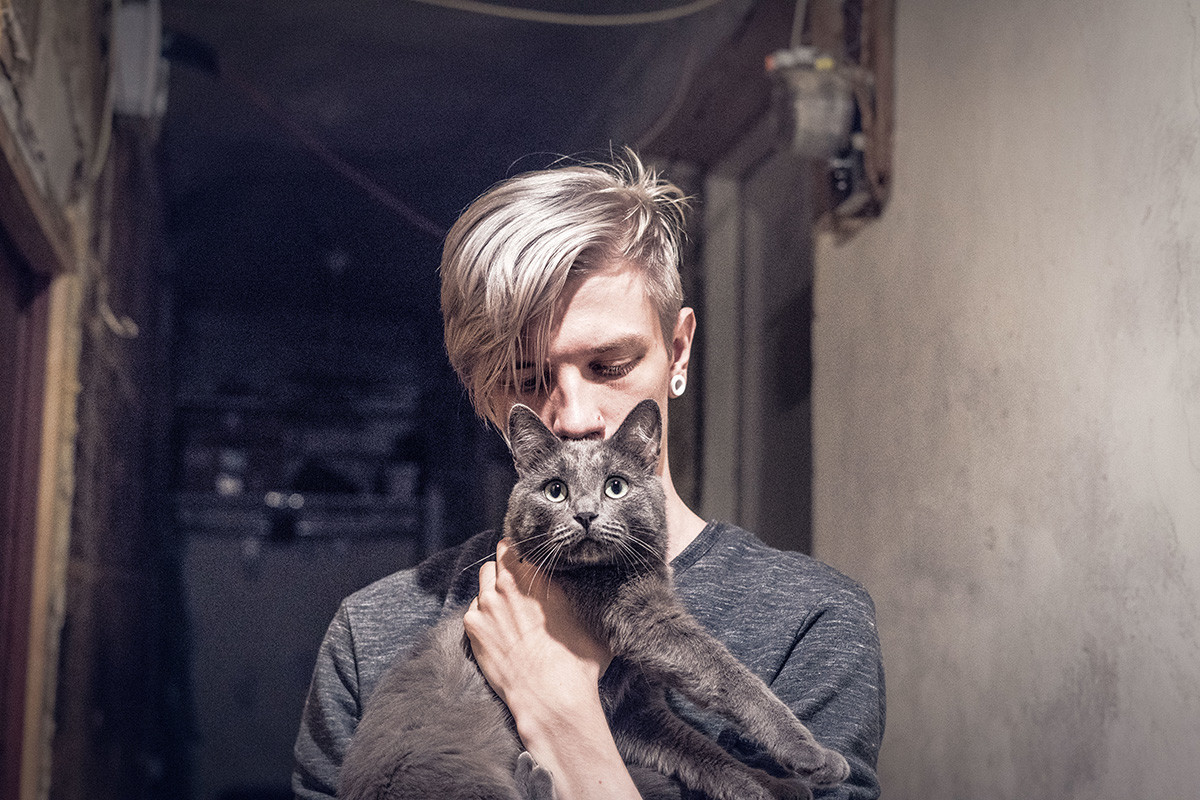 St. Petersburgers are famous for their style. Grey is the new black over here! ‘50 shades of grey’ – that could be the name of the style book of St. Petersburg (just like its weather). A huge scarf around your neck (nothing colorful of course) will be a perfect addition to the look. 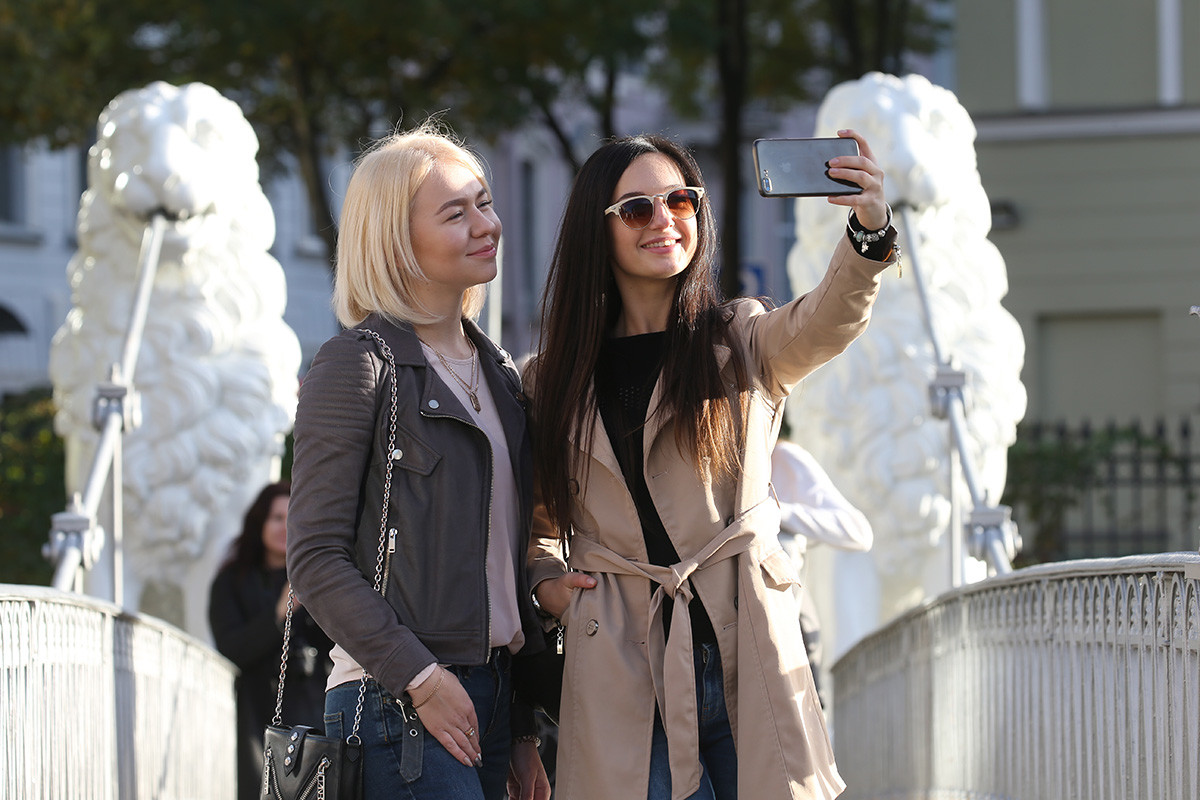 Young women take a selfie on the Lion Bridge (Bridge of Four Lions), a pedestrian bridge across the Griboyedov Canal in central St Petersburg

St. Petersburg always makes every “the best cities in the world” list - and not without reason. Locals are proud of their city and its beauties, and nobody is allowed to say anything negative about it (unless you want to be outed as a Moscow sympathizer!). 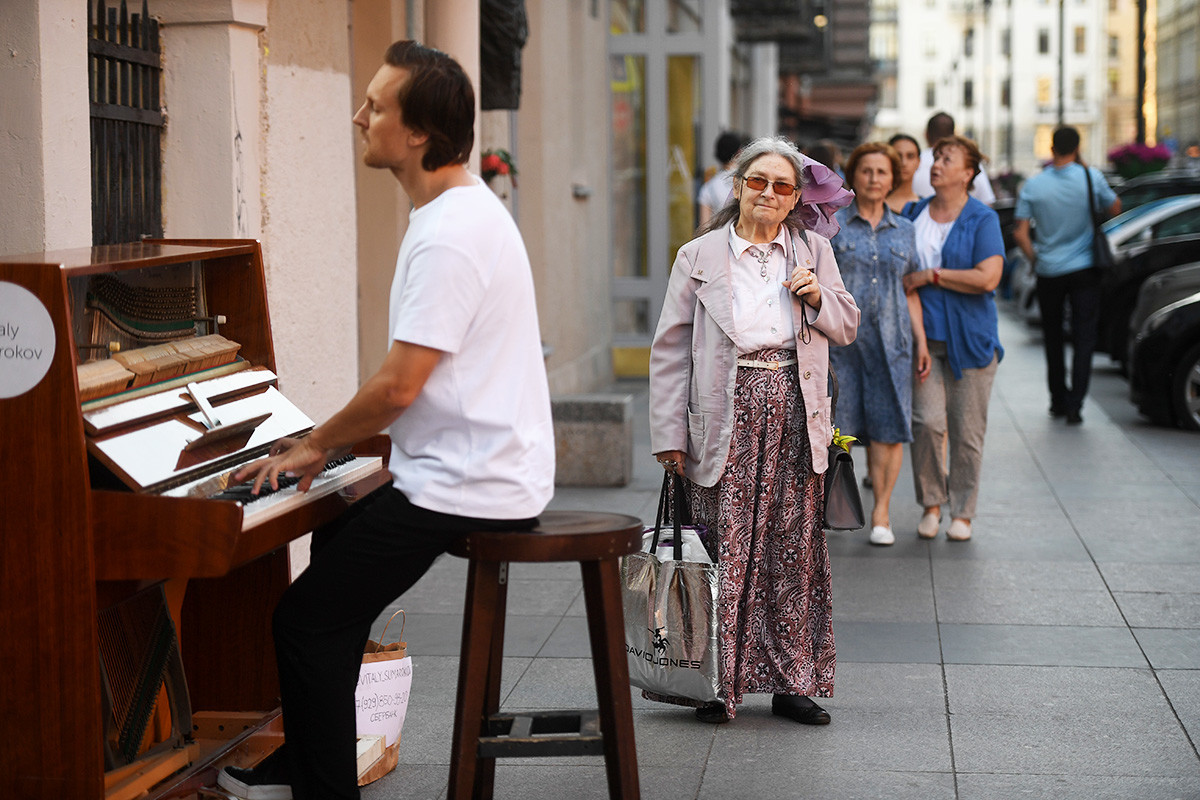 The city is called “the cultural capital” not only for its sightseeing, but first of all because of the manners sported by its inhabitants. And it doesn’t mean “smiling” (the Russians don’t smile, remember?). Giving your seat up to elders on the subway, holding the door, helping a babushka cross the street – this is what we are talking about. So if you see a tourist with a map trying to find the Hermitage, ask them if they need help. Help him even if he says he doesn’t.

4. Take an umbrella everywhere you go. You never know 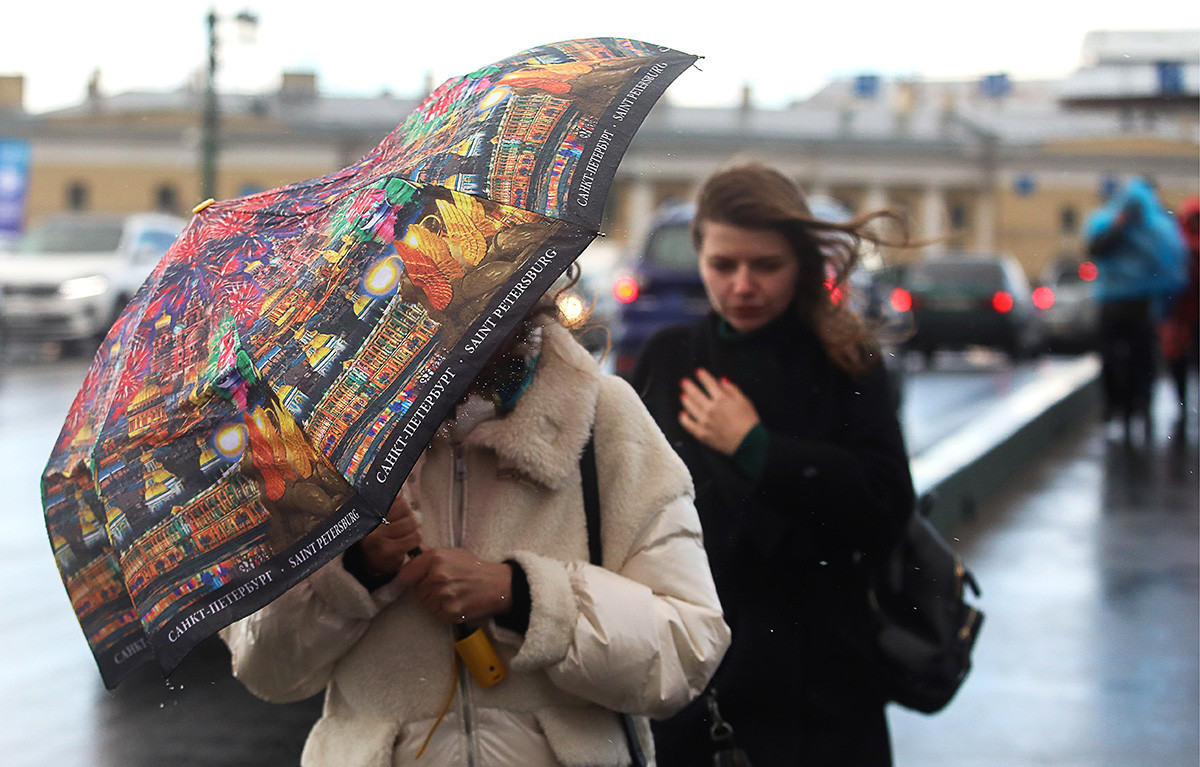 People walk in a high wind in central St Petersburg.

The average yearly amount of sunny days in St. Petersburg is 45! If you are lucky. For example, in December 2019 there were 2,5 hours of sun in the entire month! The rest of the time it is cloudy and can start raining anytime. Better be prepared. 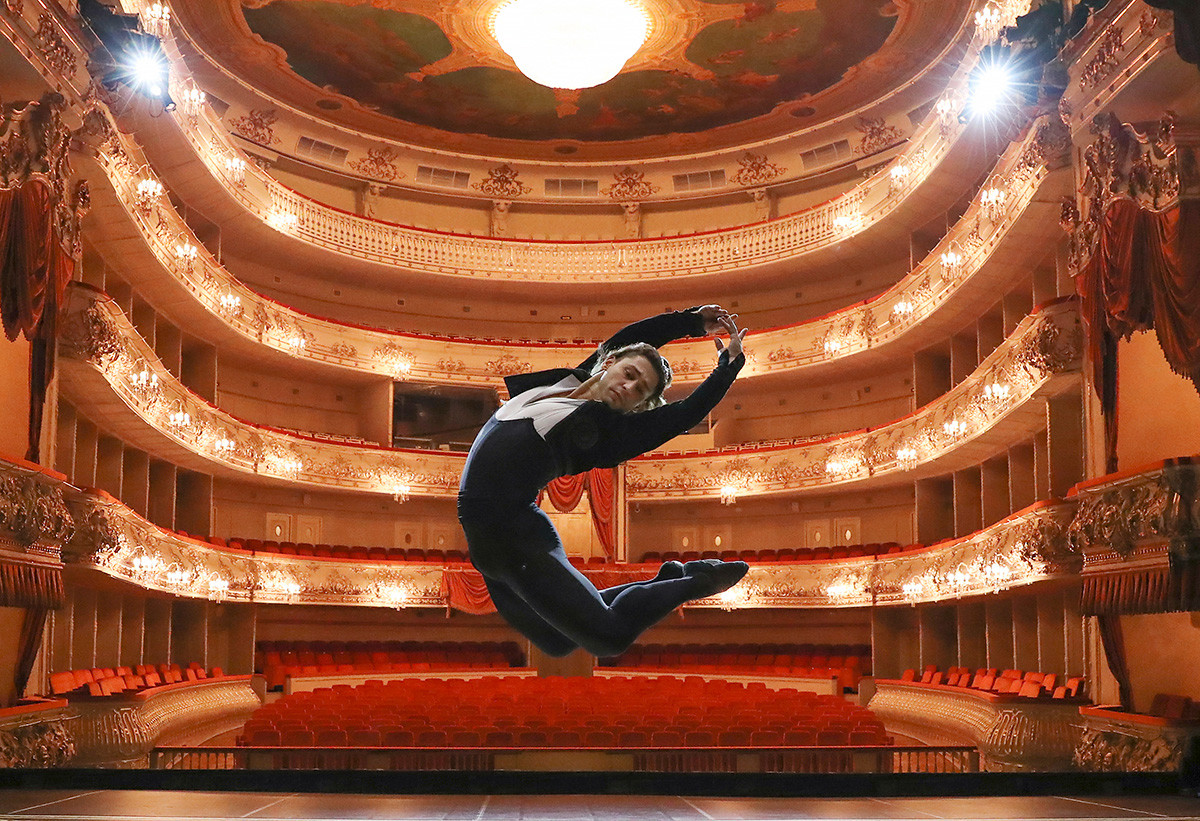 Mikhailovsky Ballet principal dancer Ivan Vasiliev during a rehearsal at the Mikhailovsky Theatre.

St. Petersburg is the theatre capital of Russia. There is always something to see, make sure to check the program and go at least once a month.

6. Know the schedule of rising bridges by heart. You'll need it for at least 5 months in a year! 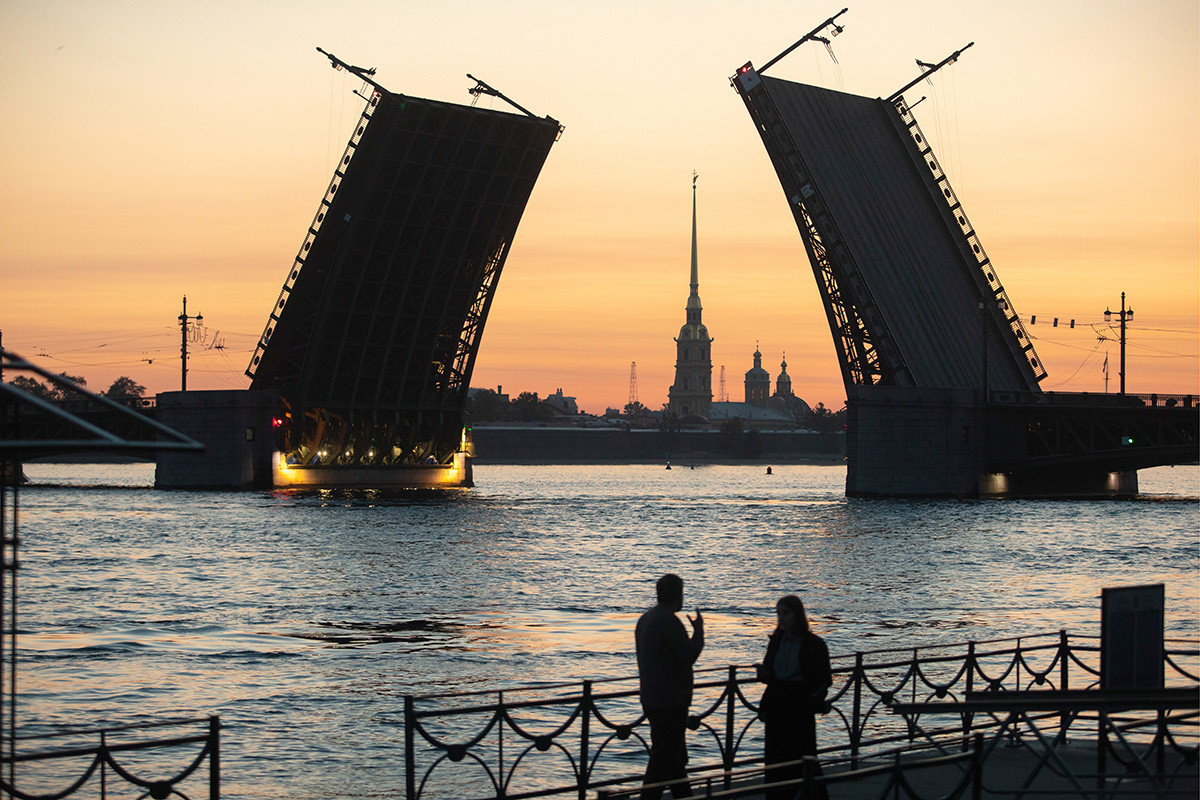 Dvortsovy (Palace) Bridge across the Neva River with the Fortress of St. Peter and St. Paul in the distance, at dawn.

Drawbridge season starts mid-April and ends in October (sometimes even November, depending on the weather). If you want to go from one part of the city to another (for example from the city center to the Vasilievsky island) in the night and the bridges are raised, you will have to wait hours for them to go down again. A useful thing is “promezhutochnaya svodka” when some of the bridges go down for 20 minutes giving you the opportunity to use this time to go to another side. 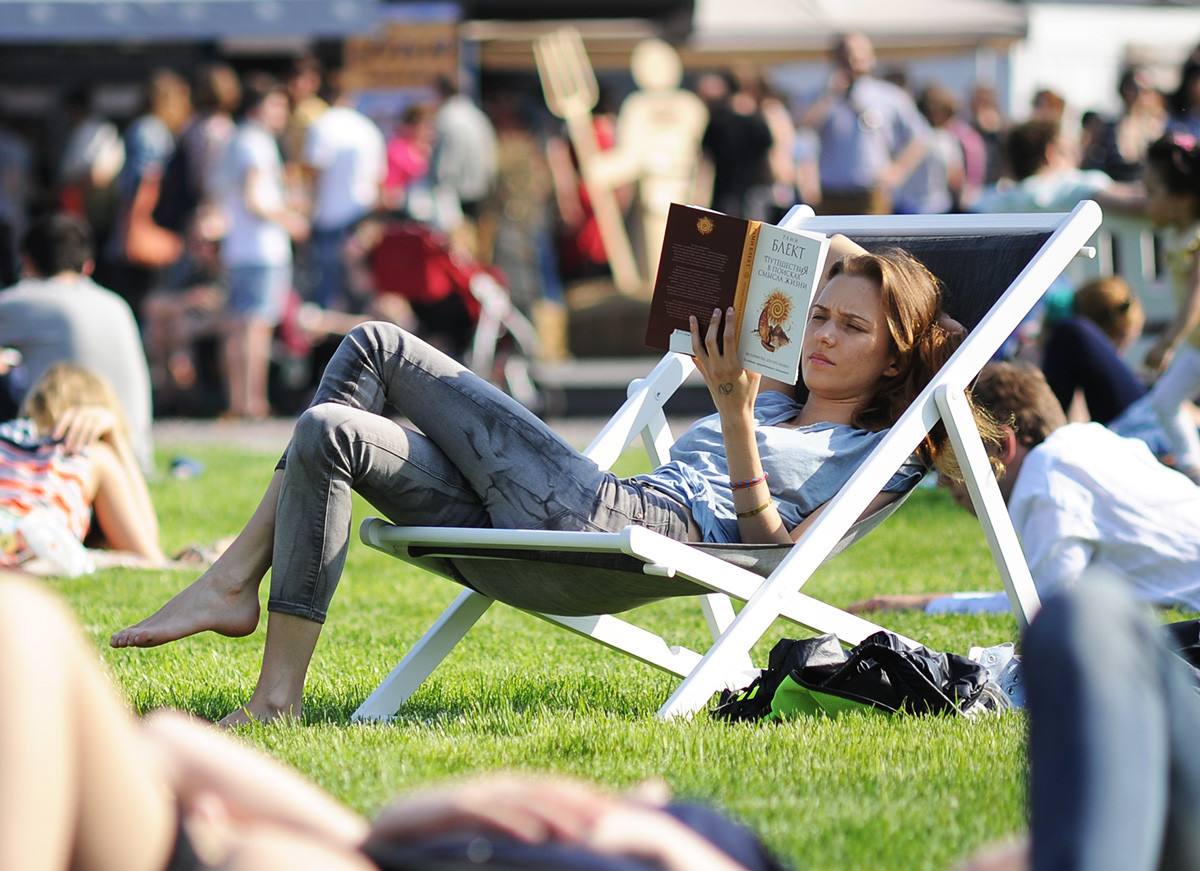 City dwellers having a rest on the New Holland Island (Novaya Gollandiya).

Russians love literature and read a lot. Talking about the last book you’ve read is the best way to make a good impression anywhere you go here.