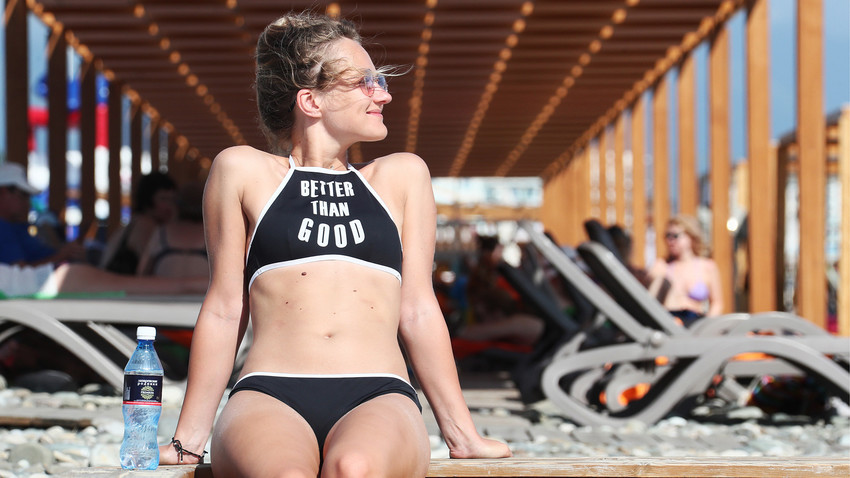 Dmitry Feoktistov/TASS
Many people believe that living by the sea or where the weather is always warm is a dream come true. While that’s mostly true, here are some rules of life that an average resident along the Black Sea in Russia knows too well about. 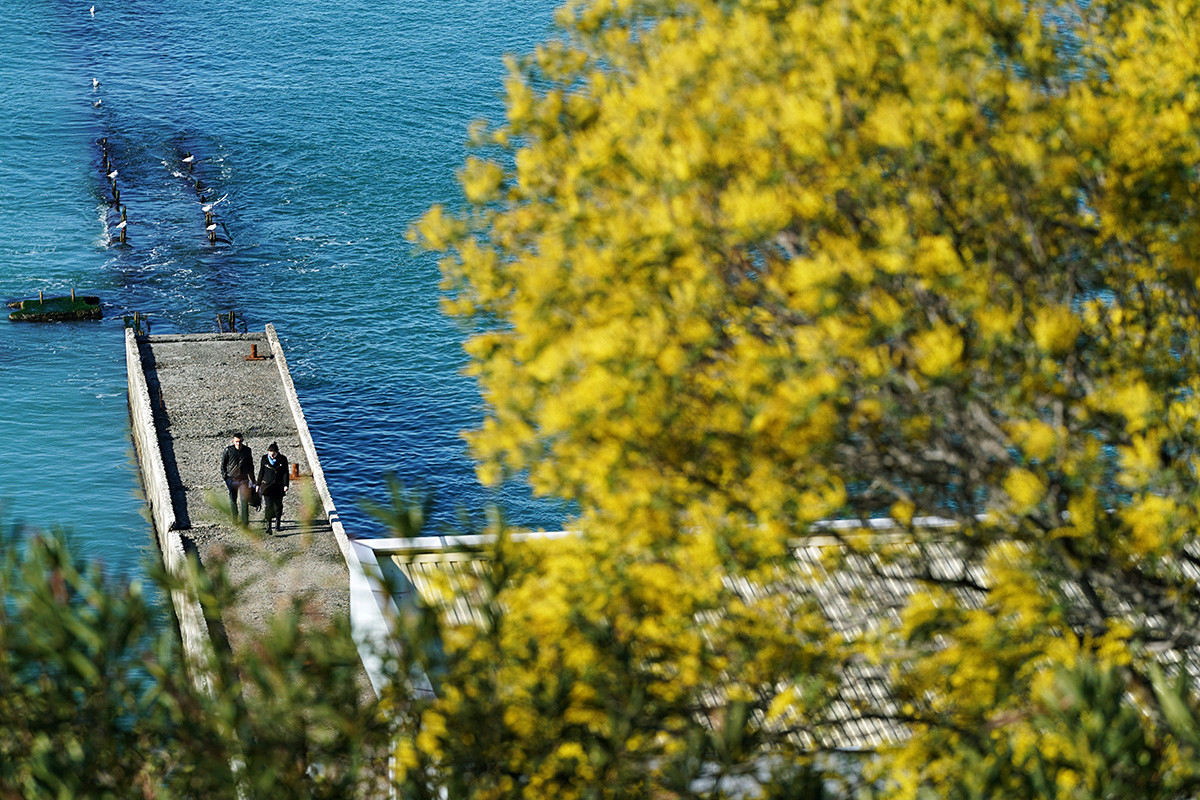 In the south, something is blooming all the time. From June to September, local residents’ suffering comes in the form of ragweed, sunflowers and their fellow pollen-shedding plants. Here, hay fever is just as widespread as tourists. The latter, by the way, descend on the locals around the same time as hay fever. Bonus! Not.

2. Never having to dig out one's car from under snow

Locals are unfamiliar with the notion of warming up the engine of one's car from the socket or digging out one's car from under a snowdrift in the morning. In winter, it is very damp and windy here, but there is no snow. But what if they want a bit of traditional Russian winter? Well, they can always pop over to the Krasnaya Polyana ski resort in the nearby Caucasus Mountains.

3. Working freelance or remotely (or dreaming about it) 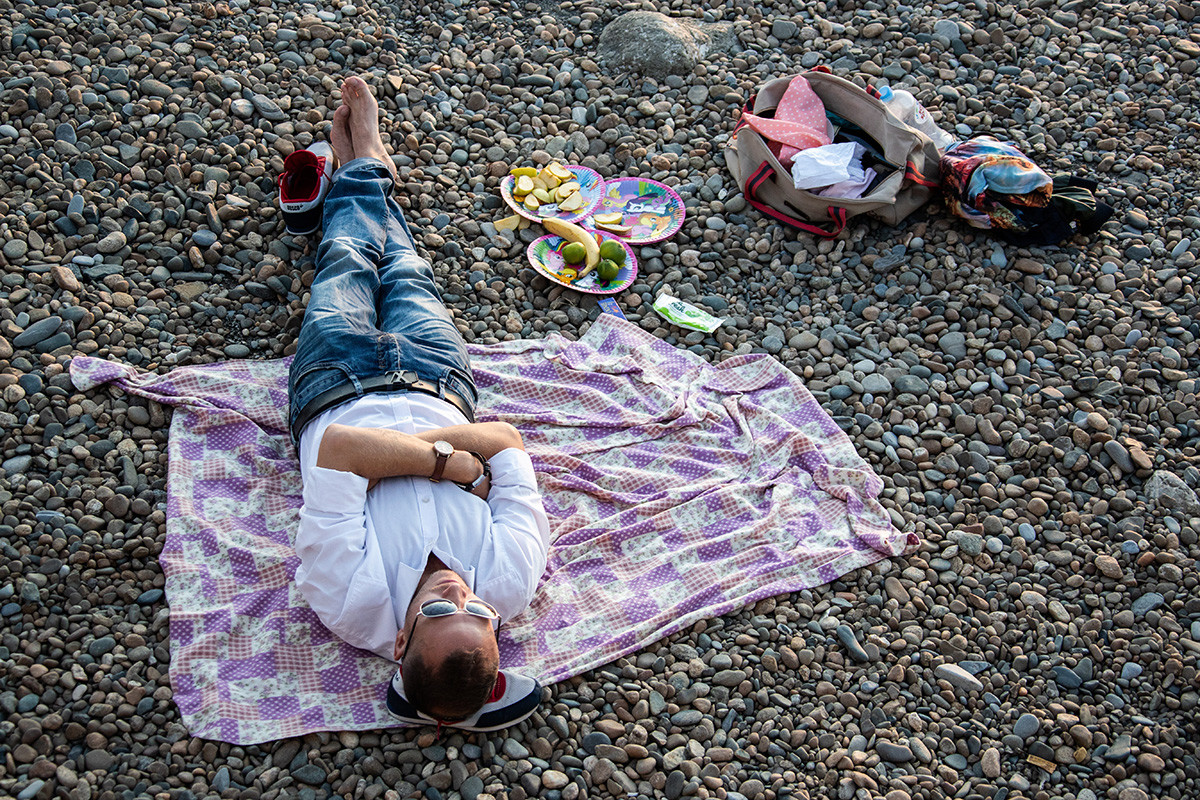 The dream of living on the coast does not come cheap. Prices in these resort towns are eye-wateringly high and they are the same for everyone, locals included. Whereas work outside the tourist seasons is hard to come by. An ideal option is to live here on a Moscow salary, which often means working as a freelancer.

The warning is addressed to all tourists who, on the second day of their vacation, begin to dream of moving to the south. Locals know the harsh truth about life here and, as wise old men, try to impart it to any newcomers. But no-one believes them.

5. Nipping off to Abkhazia in one's slippers 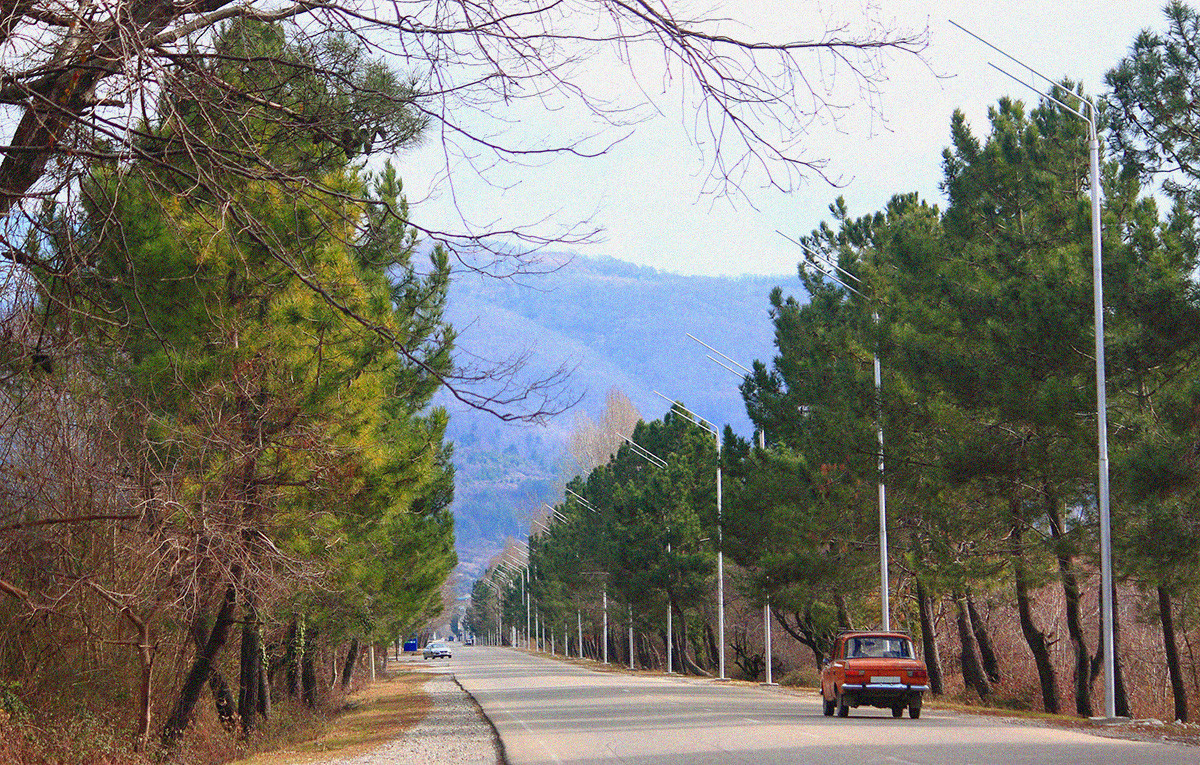 Road in Abkhazia near border with Russia.

Journey time from Adler to the border with Abkhazia is just 10-15 minutes by car. There are also minibuses, buses, trains and, of course, taxis travelling between the two locations. For some residents of Sochi, Abkhazia is closer than the center of their own city. Sadly, Abkhazia's tourist infrastructure isn’t anything to write home about, but its stunning scenery and very cheap fruit are still there. So residents of South Russia go to Abkhazia regularly.

6. Resigning to the fact that all seaview apartments are owned not by locals

They have long been bought up by Muscovites. And new developments springing up near the coast are too expensive for locals, so they have to settle on the outskirts and every day have to deal with traffic jams that are as bad as those in Moscow.

7. Trying to save money to buy a apartment here for retirement 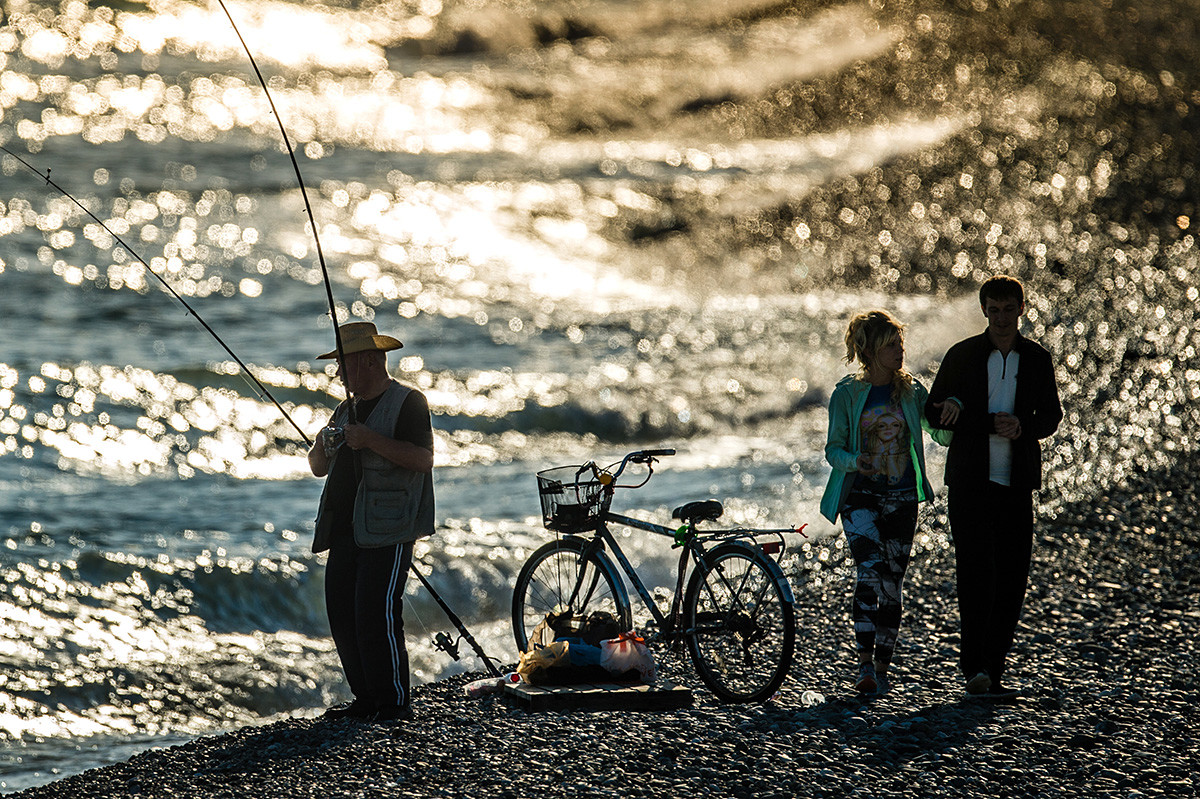 A fisherman on the Olympic Embankment in Adler.

Even if the apartment is on the outskirts or in a nearby village. Still, an apartment of one's own is a must for every resident of Russia’s south. Even those who hate living in the south still will try to buy property here, so as to have a place in the sun where to spend one's retirement. Locals believe that for retirees, the south is the best place on earth, and that all its imperfections just disappear somewhere.

8. Not bathing in the sea

Or doing it very rarely, just a couple of times a year. In the summer, locals are otherwise engaged: working hard to make the most of the tourist season and save some money for the winter. They swim in the sea only if they have visitors from other parts of Russia, to keep them company. Over time, residents of the south stop paying attention to this huge puddle altogether. Crazy!

9. Going to casinos “just to have a look” 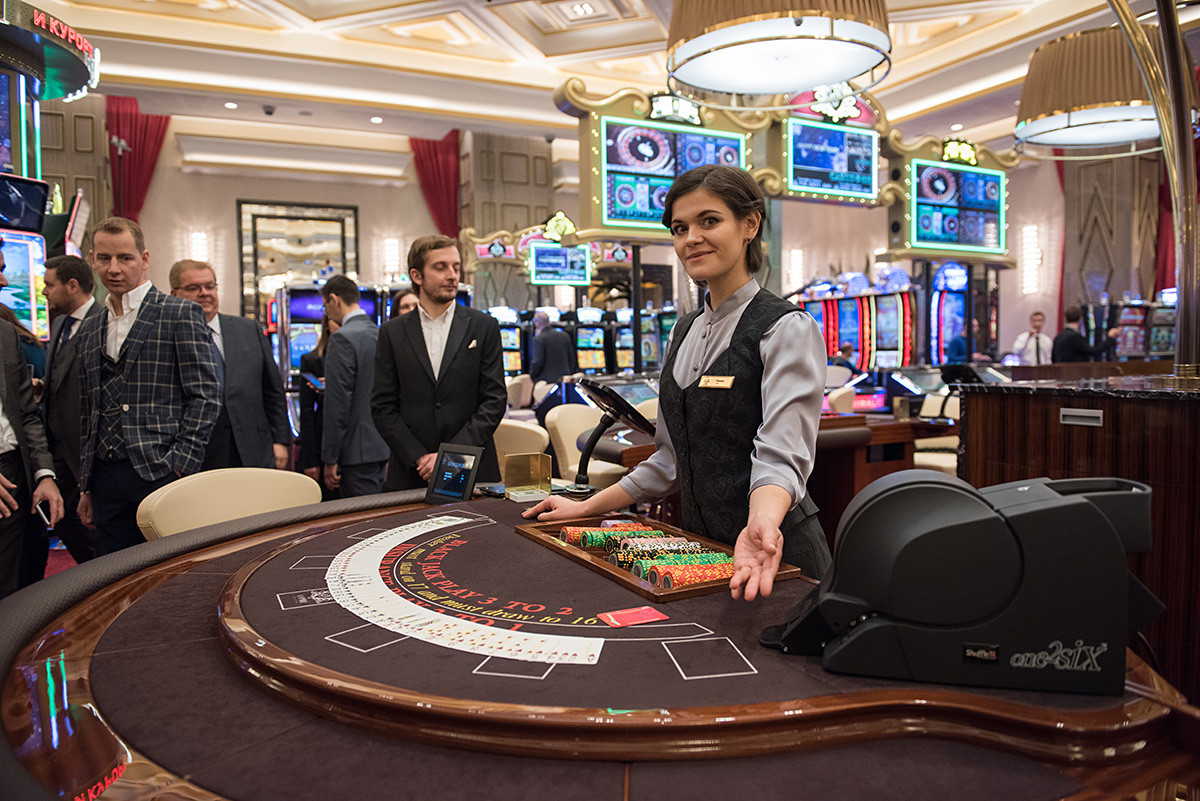 In 2017, a legal gambling zone was opened in Sochi (there are just 4 of such gambling zones in Russia), but the majority of Sochi residents, even if they go there, do it just to watch tourists spend an equivalent of a local's monthly salary on a single bet.

If a southerner feels like some good mussels for dinner, they can go and get them themselves. All they need is to find the simple requisite gear (a scraper and a net) inherited from their grandfather and sitting somewhere at the bottom of a chest of drawers!

11. Blaming tourists for everything 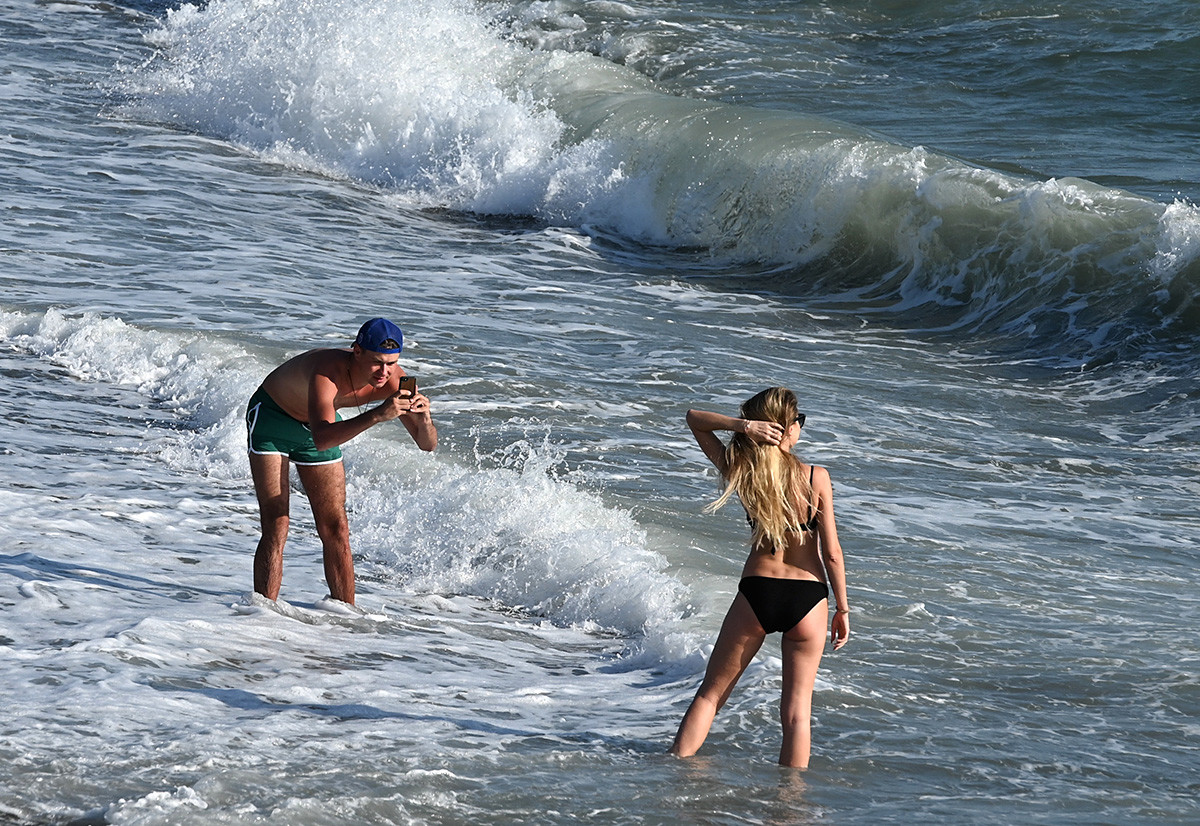 It is the tourists who are driving supermarket and restaurant prices up. Sometimes pricing defies any logic. For example, fish that was freshly caught at the pier can cost exactly as much as in a supermarket in Moscow, which is 1,600 km (995 mi.) from Sochi. Also, tourists create traffic jams, disturb locals’ sleep at night, turn the streets into a continuous human stream, and, generally speaking, are the source of many social problems. If they didn’t have to depend on tourists for their income, southerners would have long built a wall around their cities.

In Sochi, there is a form of housing that could hardly be found anywhere else in Russia. These are the so-called residential garages: former garages that have been converted into living spaces. This is how locals solve the housing problem. There are entire neighborhoods here made up of residential garages, in which whole families live.

13. Going to Krasnodar for shopping 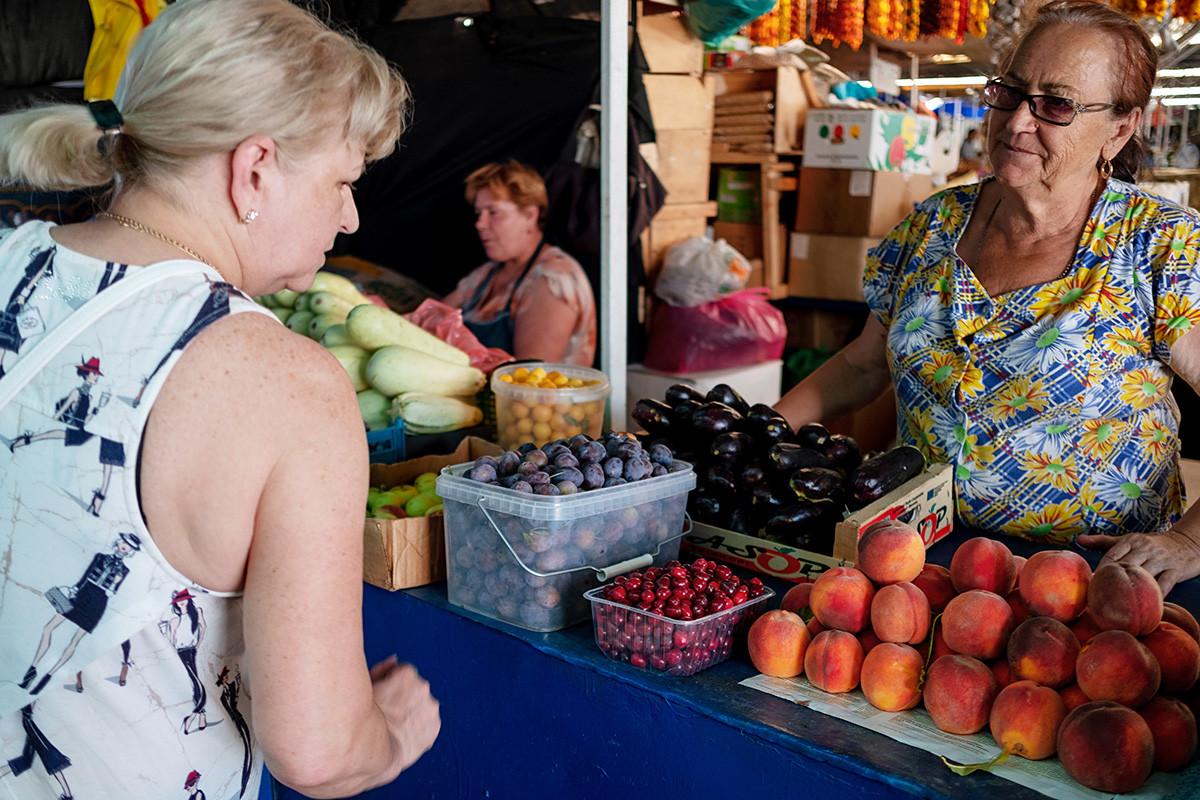 Irrespective of where you live - in Anapa or Sochi - once a month, you go shopping in Krasnodar. You can buy some good fruit on the side of the road on the way there, and some reasonably priced clothes in large shopping malls in the city itself. Shopping in Krasnodar is a necessity for the residents of nearby resort towns, because their local stores seldom stock what they need (and when they do, the prices are too high), and online shopping does not work well either, because delivery time is too long.

There are two reasons why residents of resort towns are not particularly fond of gardening or growing their own food. Firstly, land is too expensive to grow tomatoes and cucumbers on. And any unoccupied piece of land is now used for building accommodation and renting it out. Which sends the price of everything up. Hence the ironically high prices for fruit and vegetables here.

Secondly, any gardener in the south is faced with a formidable enemy in the form of numerous crawling and flying creatures that do not freeze in winter, multiply at the speed of light and devour everything. Once you start growing anything, you will see it all: worms that have gobbled up your tomatoes from the inside, whiteflies that will eat even flowers in your flowerbed, and downy mildew on your cucumbers… not to mention the locusts!

15. Not having anything to do with Cossacks 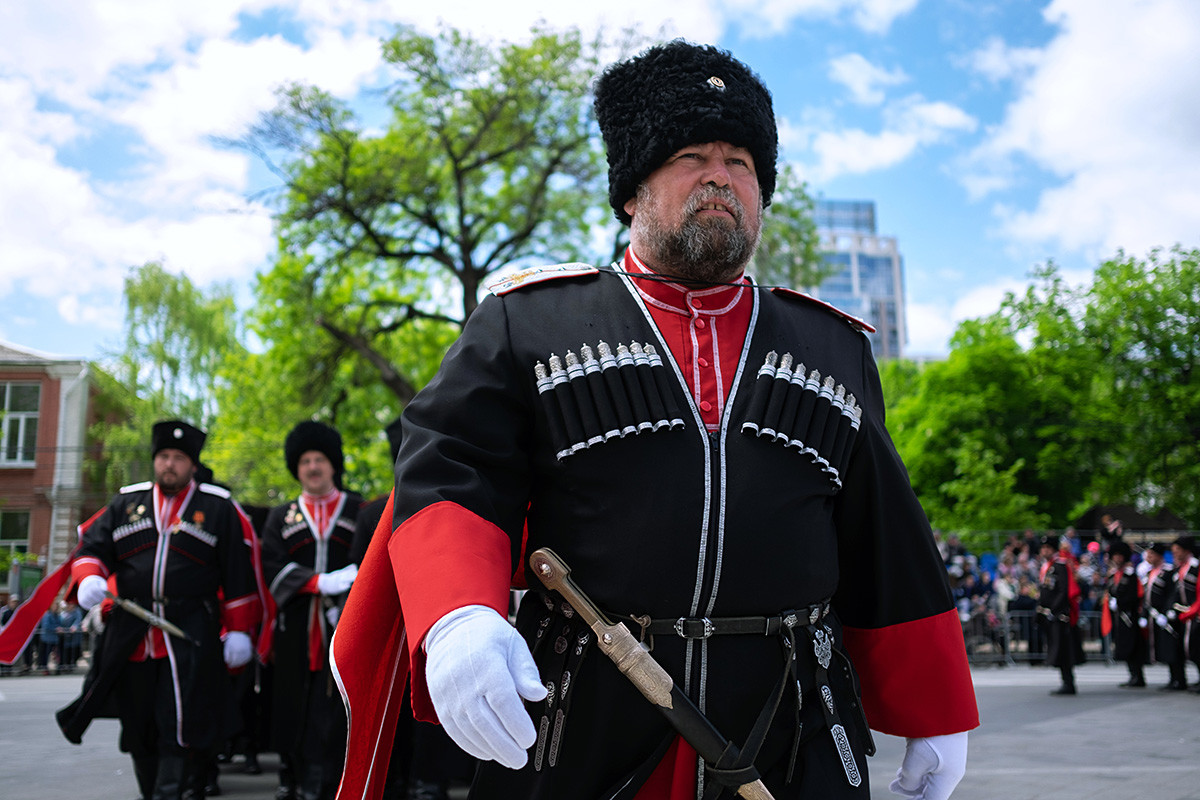 Participants in the Kuban Cossack Host parade in Krasnodar.

Krasnodar Territory is home to some badass Cossacks. They patrol the streets, maintain law and order, guard public events, and occasionally travel to other Russian cities to perform these duties there, too. Cossack patrols have long become part of everyday reality. And everyone knows that it is better not to make them angry. Otherwise they may lash you with their whips in front of everybody, and it’s perfectly legal, too!