What people in Moscow think of the enforced self-isolation 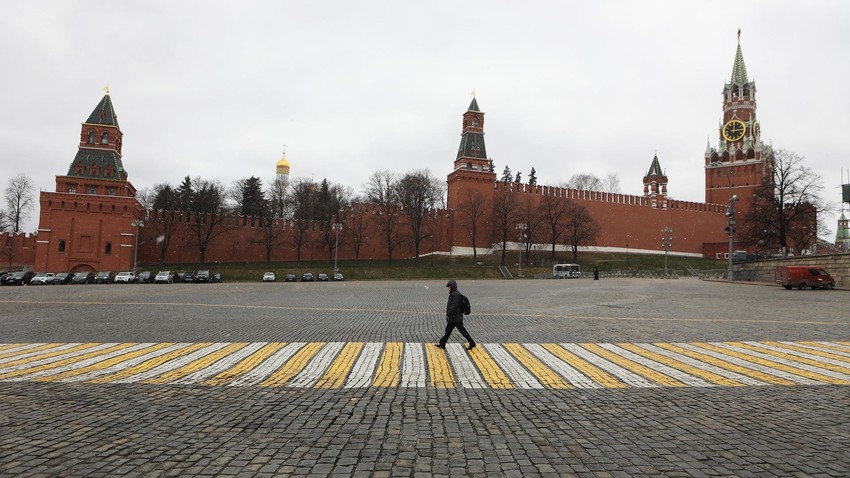 Sofia Sandurskaya/Moskva Agency
The capital’s streets are deserted and Muscovites are debating online whether the measures are appropriate.

From March 30, Moscow mayor Sergei Sobyanin has imposed a “home self-isolation regime" for all residents of Moscow, irrespective of age.

In the document, the mayor says that for now Muscovites are allowed to leave their homes only in the following cases:

- to go shopping to the nearest available food store or pharmacy

- to take out the garbage when necessary

On the first day of the “self-isolation regime”, Moscow’s streets were practically deserted. 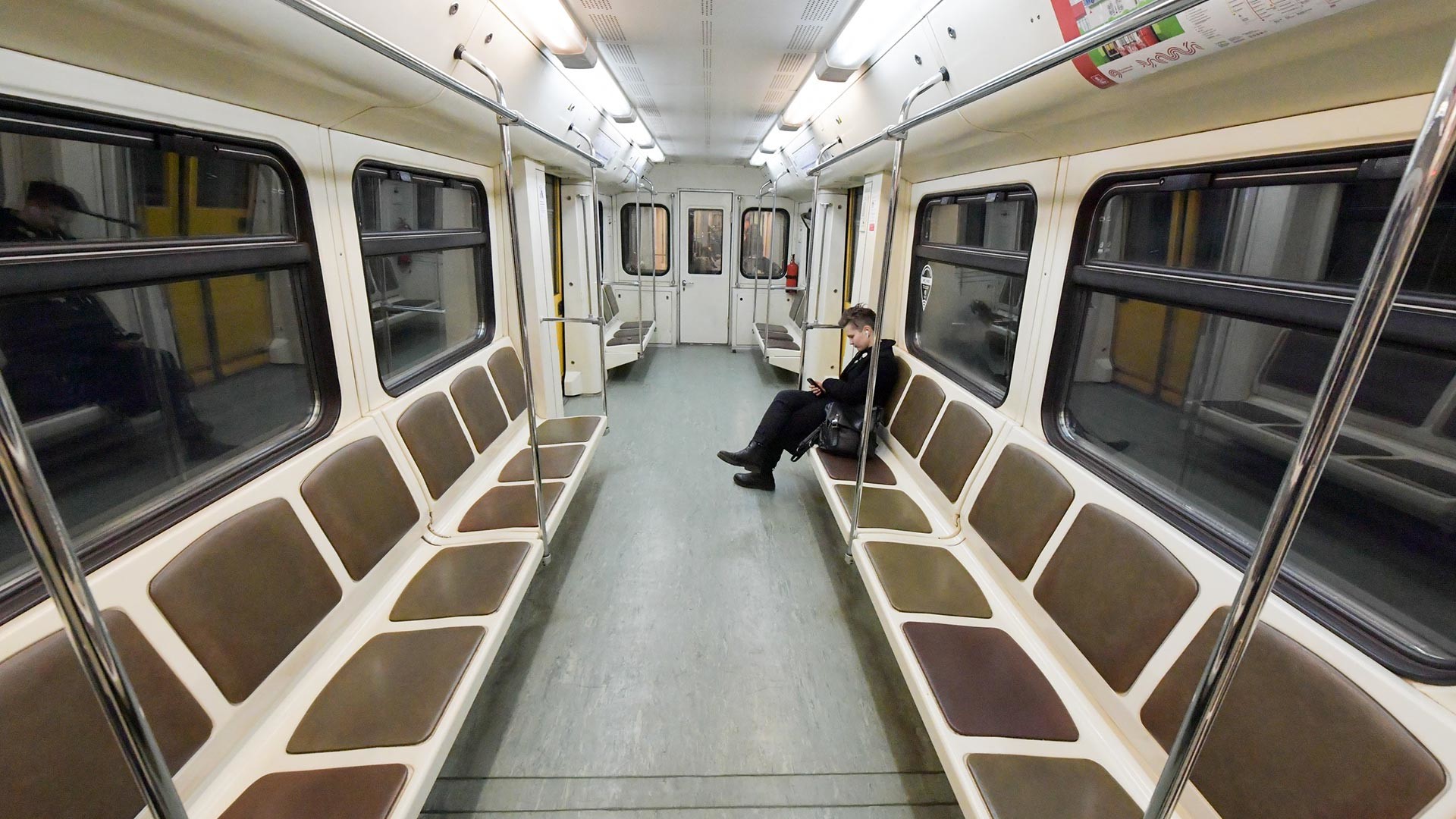 On social media, the capital’s residents were divided into two camps: Some agreed with the adopted measures, while others described them as a “quarantine” and criticized the city authorities for imposing excessive Martial Law-like constraints on the population.

“So, from today we are all under house arrest. In a week’s time, the mass bankruptcies and unemployment will begin. For a little time, people will survive on their savings (those who have them). And then… And then the elites’ sense of self-preservation will come into play and this whole masquerade will be ended as quickly as it was imposed. In Italy and other countries racked by the coronavirus, the countries’ elites have already started discussing how to lift the quarantine without the epidemic having been defeated. This is because, if the measures against a calamity are more harmful than the calamity itself, the only solution is not to defeat it, but to coexist with it. In the same way as we coexist with TB, syphilis, acute respiratory viral infections, the possibility of the 10 Commandments not being observed and the inevitability of death. But after this leap-year masquerade, the world will never be the same again, because we all now know that humanity in the 21st century can have anything done to it. And in the shortest possible time, to boot. People can be deprived of their freedom of movement, their businesses, jobs, plans for the future, prospects and way of life. If it has succeeded once, why not again?” journalist Dmitry Sokolov-Mitrich said on Facebook.

Many thought the journalist’s viewpoint was too radical.

“The question is when the quarantine was imposed and for what period of time. If it covers the peak of the spread of the infection, it is fully justified. It is a question of successfully applying mathematical statistics, and not a matter of politics,” user Vladimir Grafsky responded. 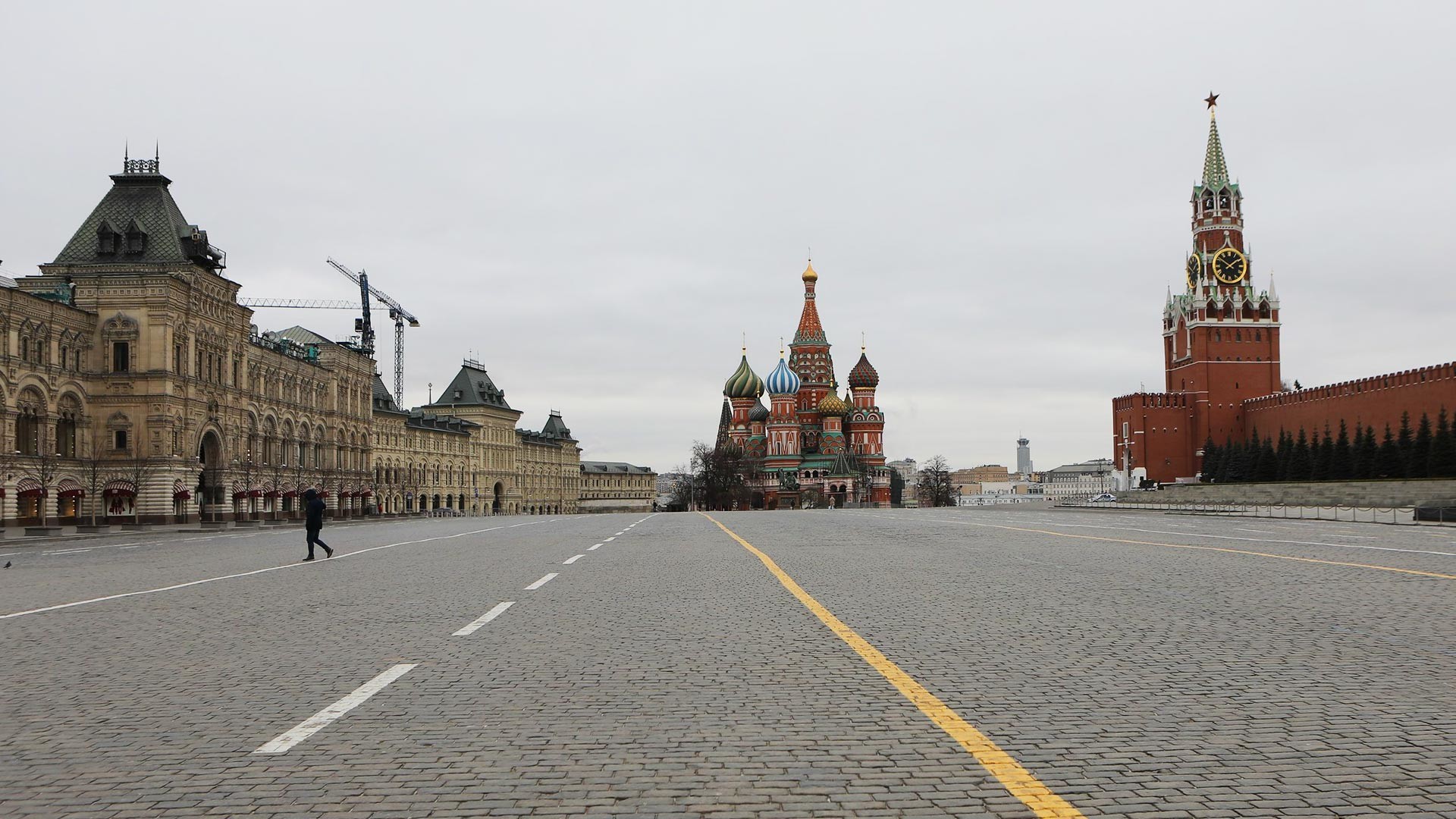 At the same time, even Muscovites who agree with the need to prohibit people from going outside find reasons to criticize the measures:

The Moscow authorities themselves are not using the term “quarantine”, however, and some have taken exception to this.

“It’s rather amusing, of course, that they are continuing to peddle this moronic term ‘self-isolation’. There’s this SELF bit in it. But when you’re ordered not to leave your home, there’s not really much SELF about it. They can call it a Teletubby for all I care, but the main thing is that the measures are being adopted,” user @michaelnacke wrote on Twitter. 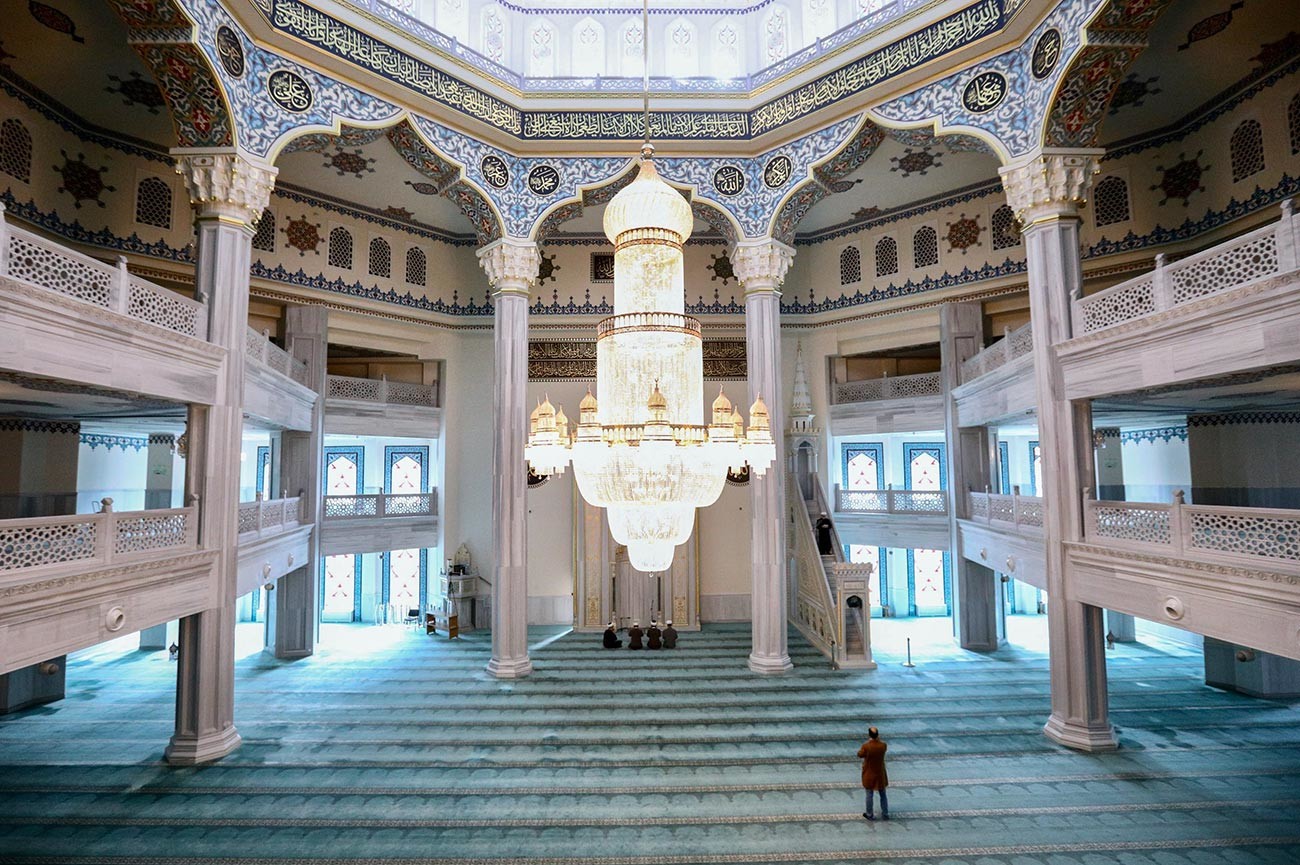 Inside the Moscow Cathedral Mosque.

But given that many Muscovites (despite the appeals of the authorities) still went outdoors on the day before the imposition of the self-isolation procedures to hold widespread picnics, a considerable proportion of people have come out in support of the Moscow authorities’ decision.

“At first, everyone was moaning that a ‘holiday’ had been declared instead of a quarantine, and now everyone is moaning that a quarantine has been imposed and people’s freedom has been curtailed. [...] considering that people held mass barbecues and crowded into parks, the quarantine was the right thing to do (albeit a little late),” wrote user @ripavika. 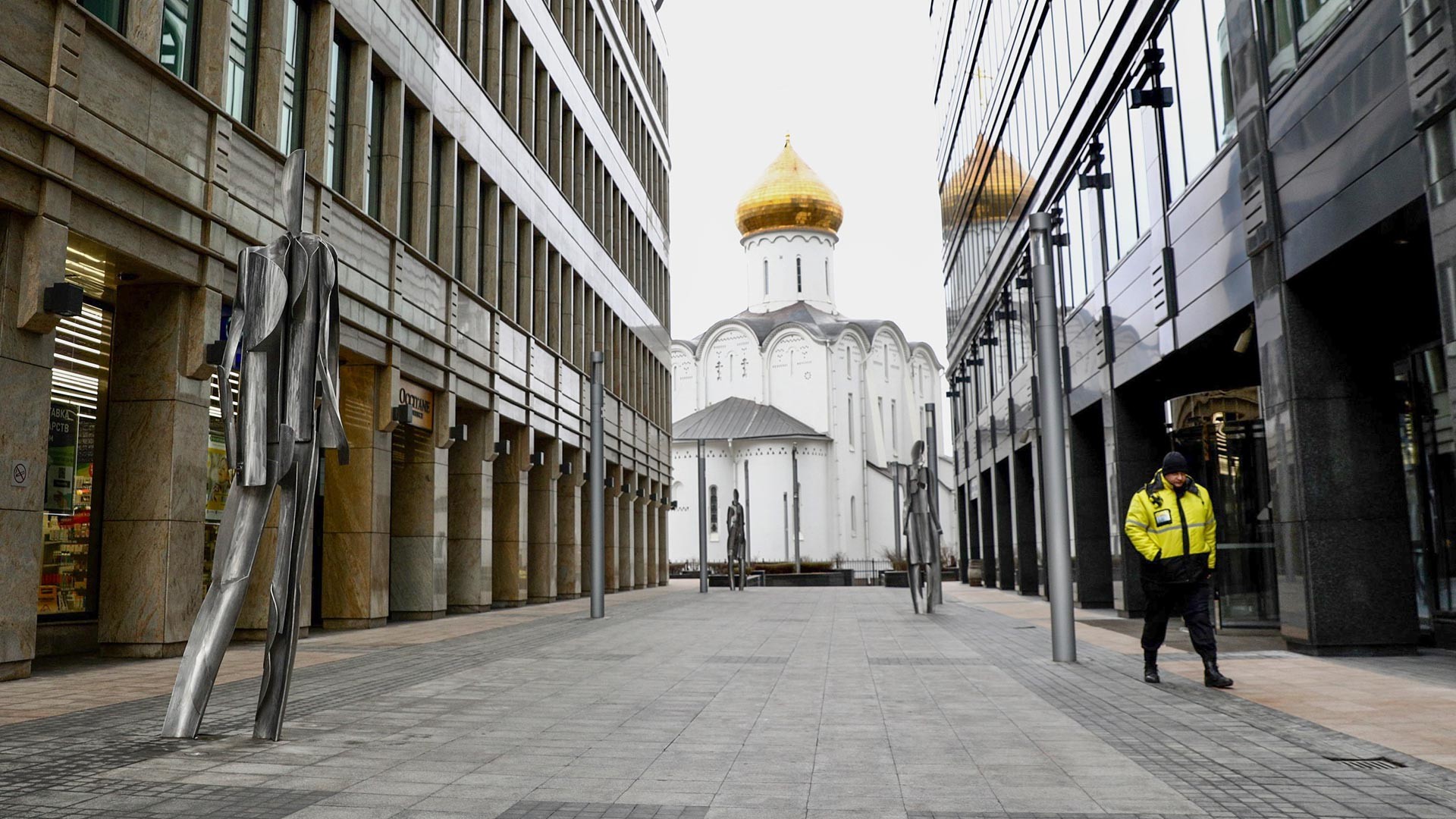 Others regard the measures that have been introduced as not draconian enough and are complaining that authorities have not prohibited people from leaving Moscow, which currently has the highest number of cases when compared with other Russian cities. 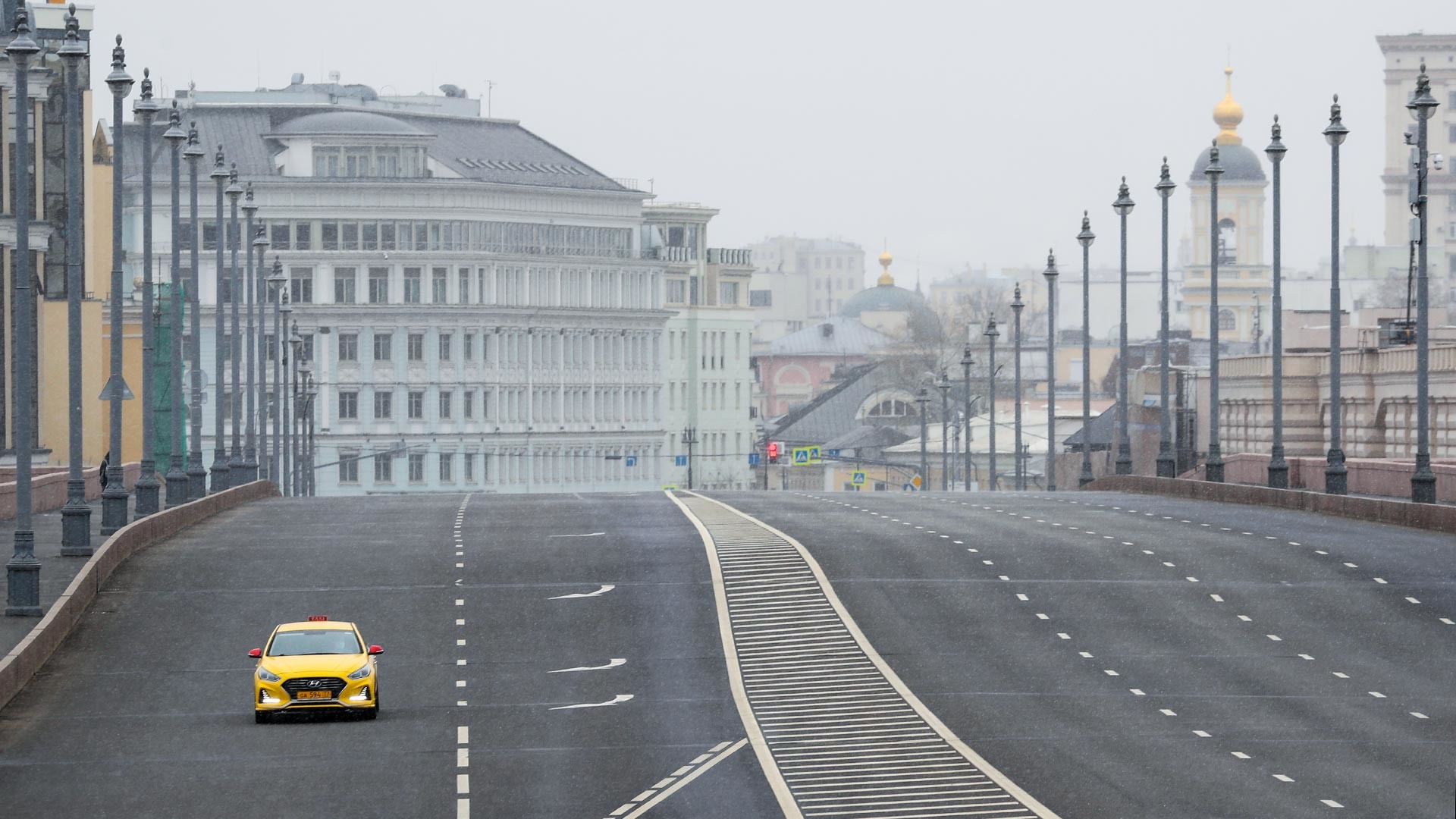 “If it’s true about travel in and out of the city, then this self-isolation is really some kind of pointless half-measure. There will always be people who will decide to do a runner to neighboring regions,” user @yaisatshima wrote on Twitter.

Russian President Vladimir Putin has also commented on the measures that have been adopted. He backed the Moscow mayor’s decision, describing the restrictions as a “justified and necessary measure for an enormous urban agglomeration of many million residents.”

Click here to read about the Soviet sanitary-epidemiological service.