Why the hell do Russians have 11 DAYS off in January? 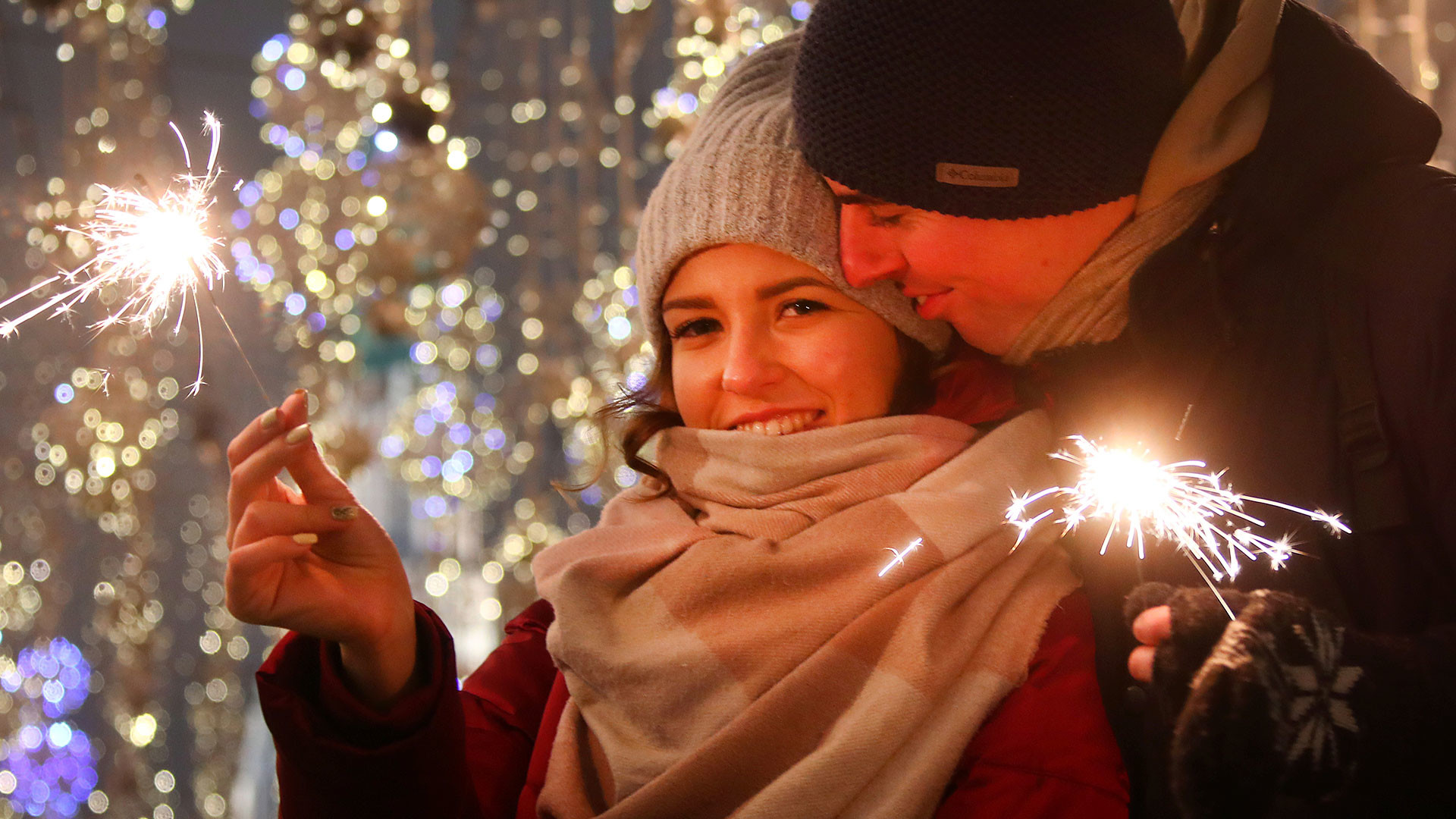 Valery Sharifulin/TASS
After the New Year, Russians have another 8-11 days of state holidays for eating, drinking, walking and laying on the couch watching movies. And they will kill for this time off! Even though getting back to work and school after it is a real pain.

Imagine a situation - a Russian minister suggests canceling the long New Year holidays to boost the country’s productivity. It instantly makes him the most hated person in the country and many Russians, even those who put up with all laws and restrictions the government imposes, start massive riots to defend their right to rest.

This is actually the plotline of the latest Russian TV show New Year special titled: The Last Minister. And it didn’t go too far from reality – initiatives to reduce the New Year vacation days, due to the country’s economy always being hard hit come up every year, but to no avail, yet. Even President Vladimir Putin back in February, 2012 (when he was serving as prime minister), suggested transferring at least some holidays from January to May – but it didn’t happen. 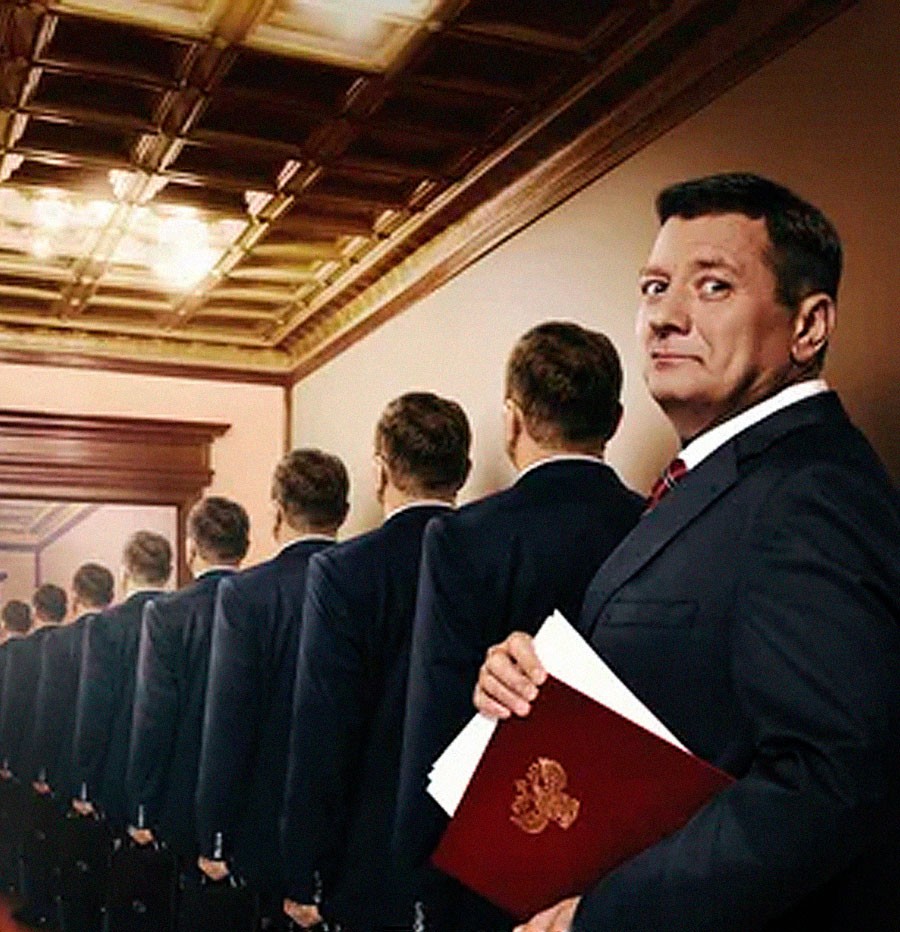 The long New Year vacation is a relatively young tradition – it started only in 2004. But it quickly became a sacred thing for Russians. After a long year of tough work, the madness of holiday preparations and emotional burnout… People just deserve the time to relax and spend time with families. At least, that’s how the lawmakers’ logic worked – and Russians wholeheartedly agreed to it.

How did the Russians end up with such long holidays?

New Year wasn’t celebrated much until Stalin’s era. Before the 1917 Revolution, Russians celebrated Orthodox Christmas, just like the Catholics, on December 25. Then, the Bolsheviks switched to the Gregorian calendar and all the dates moved 13 days ahead. Orthodox Christmas fell on January 7, but then the celebration of religious holidays was canceled outright – with the USSR forced to become atheistic. 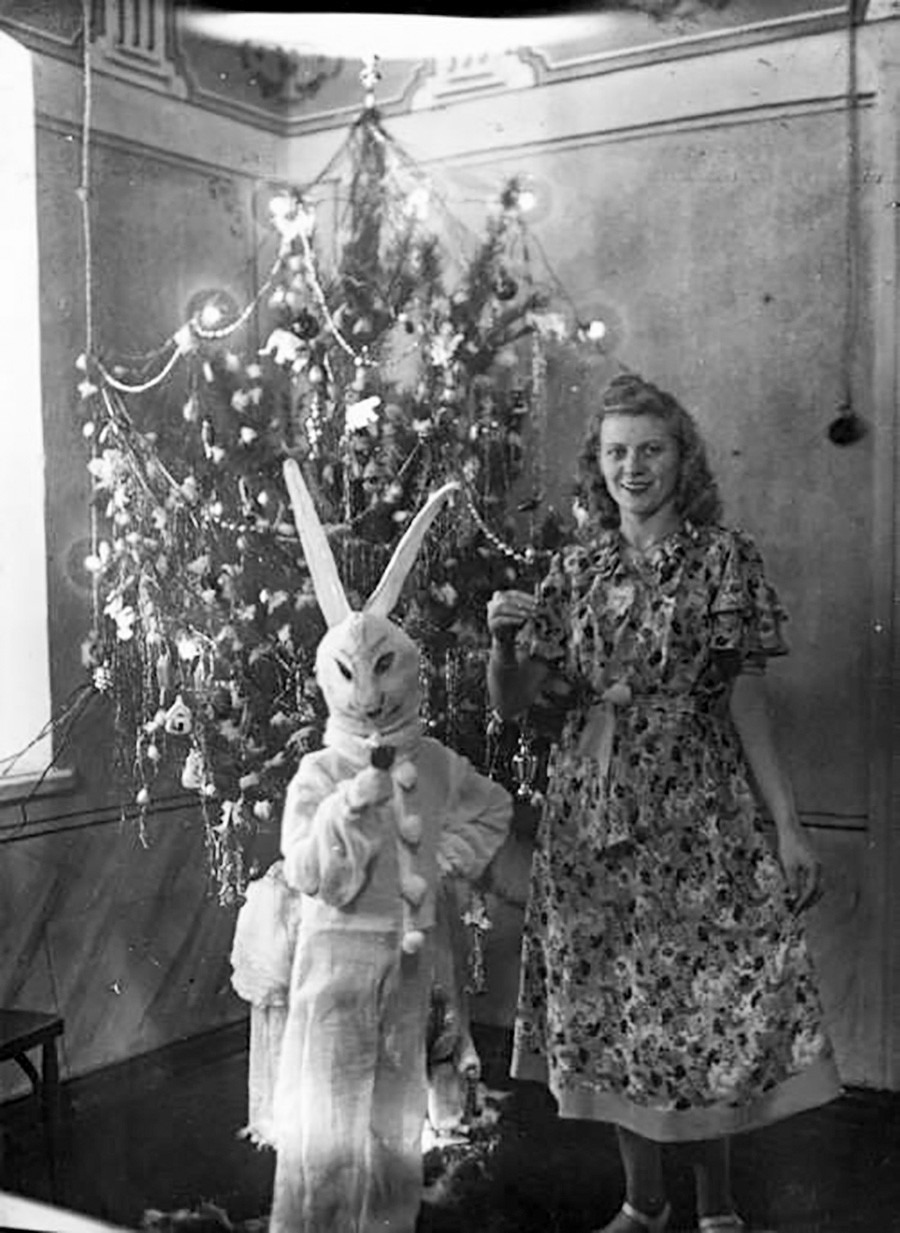 Obviously, people still needed some winter celebrations and traditions. Stalin revived the Christmas tree - but renamed it the New Year tree. The holiday was more focused on kids, who would dress up in carnival costumes (have a look at some crazy ones here) and receive holiday gifts.

In the beginning, to give the Soviet working people some rest after the murderous and tiresome World War II, the authorities made January 1 a public holiday in 1947. However, the next day, on January 2, everyone was supposed to return to work. Only the kids got to enjoy a week of winter holidays at the time. 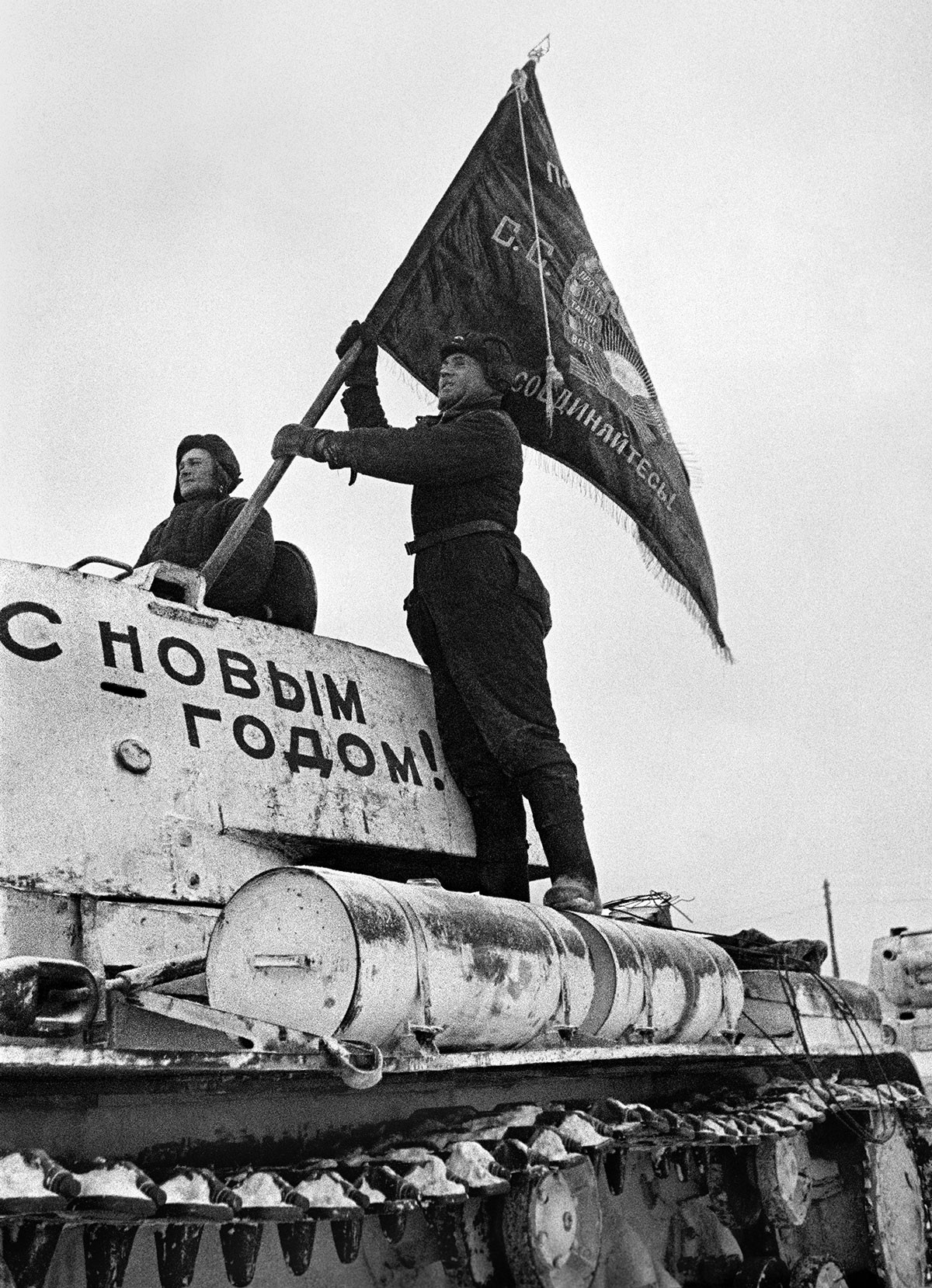 The New Year on the Eastern front of World War II, 1941

In 1991, during perestroika, Orthodox Christmas on January 7 was also turned into a state holiday. In 1992, January 2 was added to a list of holidays and at the end of 2004, Russians were given a full five days of rest. The initiative was brought up by a group of State Duma deputies from various parties, who claimed that it would help parents spend winter holidays with their children, which in its turn would strengthen families. 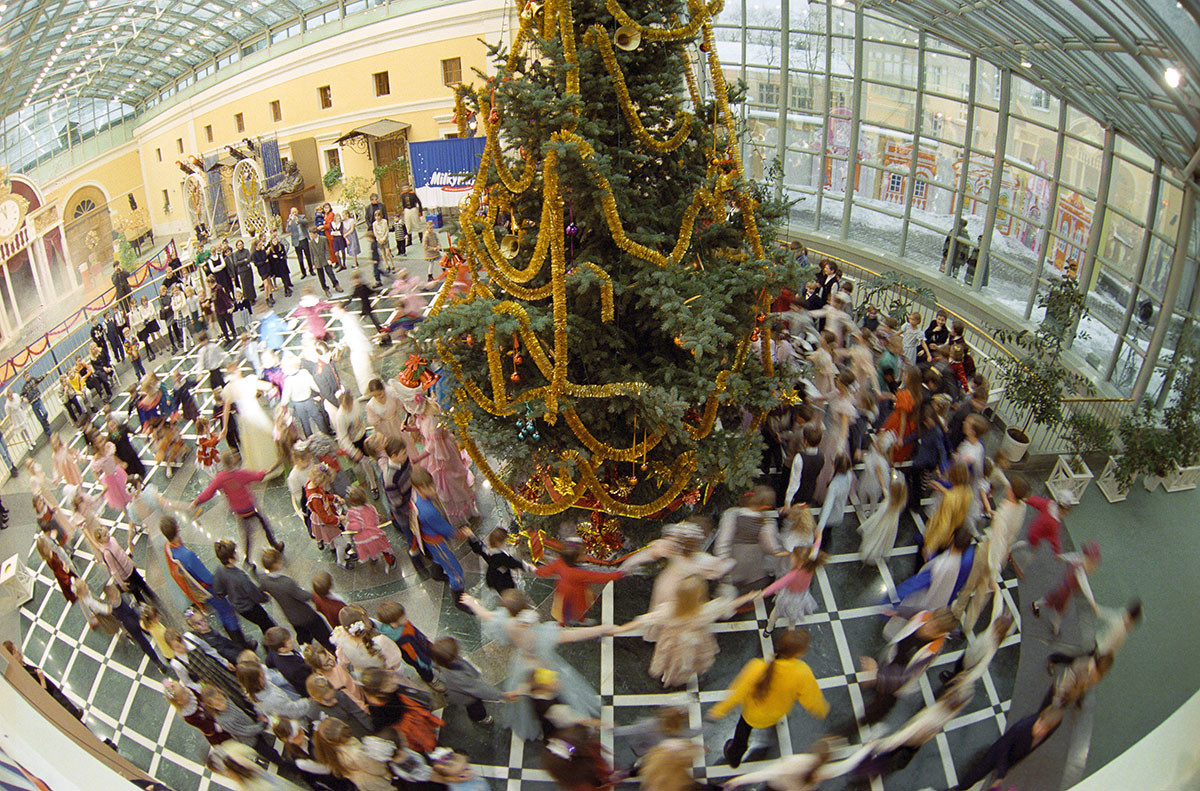 The New Year dancing evening in an old Russian mansion

Five days inevitably contained or were directly linked to a weekend and January 7th (another state holiday, as mentioned above) was not too far… Also, having a state holiday on a weekend wasn;t deemed fair – and a special procedure of transferring the holiday to the following Monday and later to other days was implemented.

So, five days of rest frequently turned into 8, 10 or even 11 days of relaxation. Incidentally, the “perfect” combination of the weekend and all the extra days that resulted in 11 holidays in a row happened in 2015. 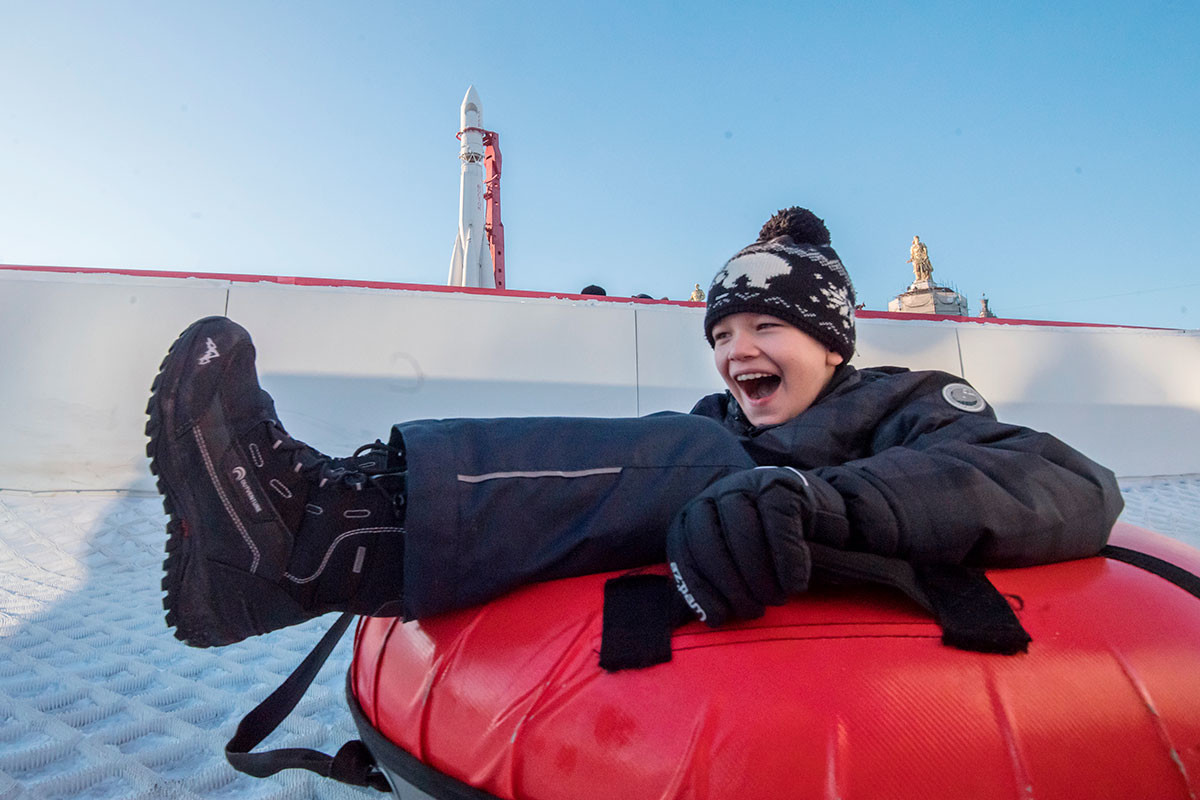 A kid riding tubing at VDNKh Soviet-era park in Moscow

Finally, in 2012 (the very year when Putin proposed to cut down on New Year holidays!), authorities decided not to rely on blind luck and simply make January 1-8 official holidays, no matter what. If they happen to be followed by a weekend – like it happened in 2020 – then so be it. In addition to that, December 31, 2020, was also declared a non working day.

What do these holidays mean for people and the country?

According to the Russian Public Opinion Research Center (VTsIOM), in early 2020, up to 51 percent of Russians considered long holidays initiative a good idea. Age groups that approved it the most were young people between 18-24 (75% of them said favorably of the long January holidays) and 25-34 (66%).

However, 33 percent of people did not approve of the long holidays. And about 3 percent of respondents generally favored the idea, but suggested moving the days to the month of May. 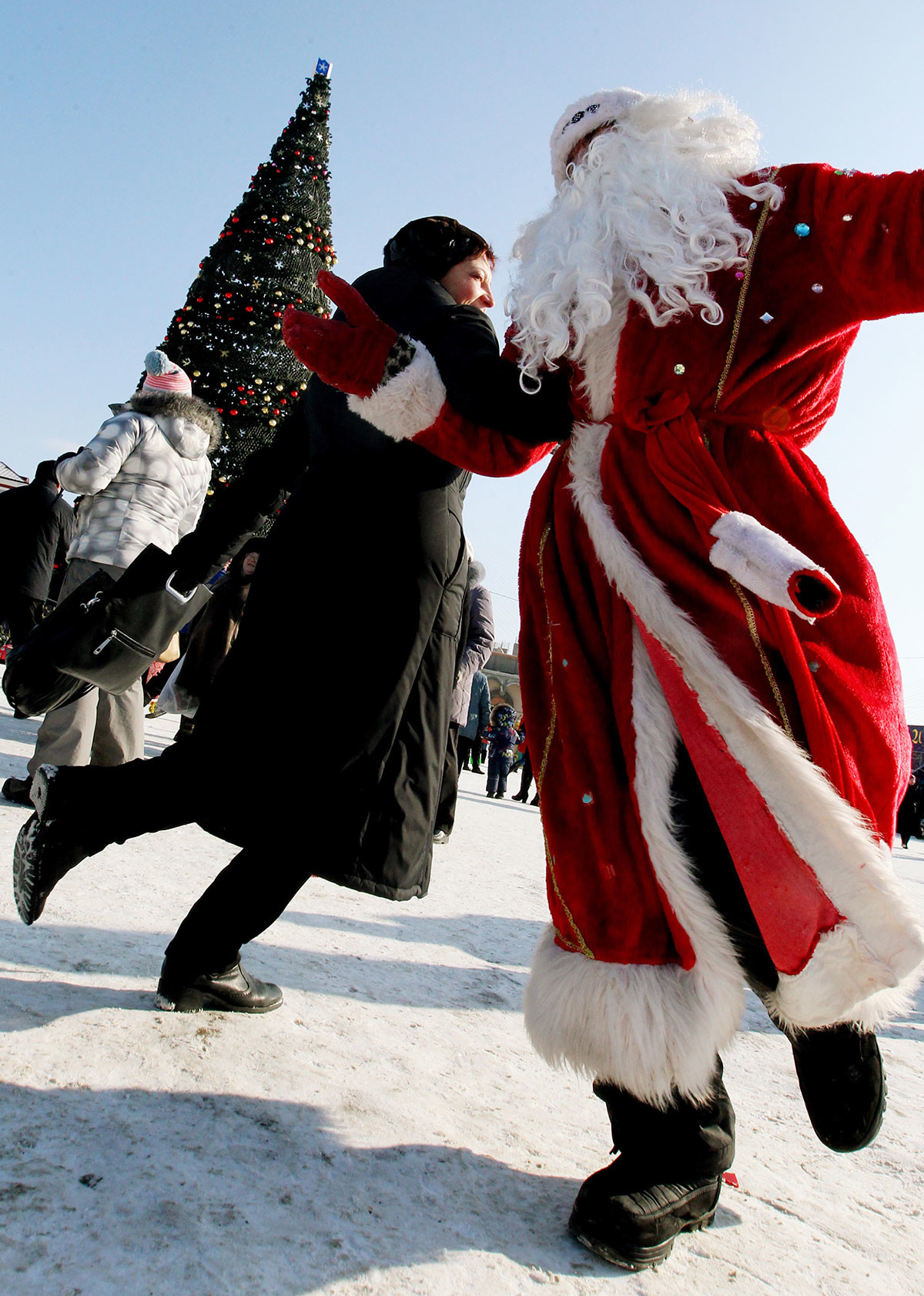 Production at factories and plants during these winter holidays reduces by around 15-20 percent, but, at the same time, demand in the retail sector rises by 30-50 percent. Stores, theaters, cinemas and cafes continue to operate, as people are ready to spend money for shopping and entertainment.