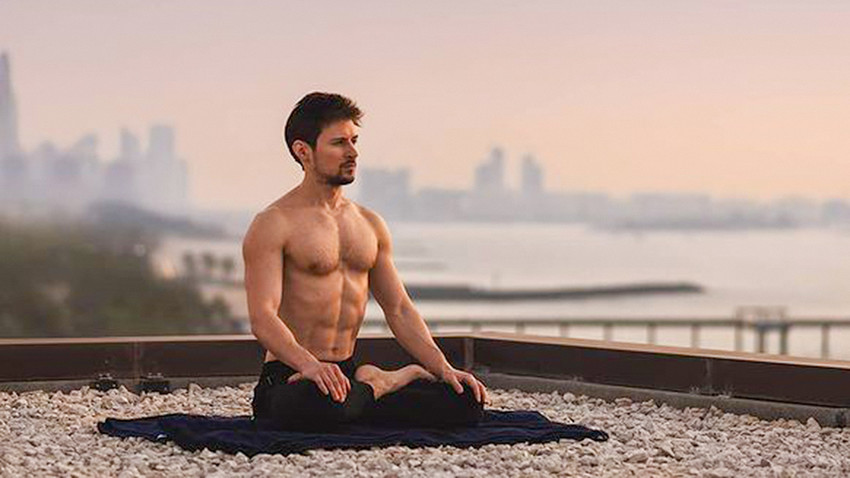 @durov
Users laughed at Durov’s pose and the “meaningful” caption.

Pavel Durov, the founder of Telegram, posted a photo on Instagram for the first time in three years. The photo shows bare-chested Durov sitting somewhere high up, cross-legged in the lotus position. The caption reads: “The outside world is a reflection of the inside one. April 2021.”

Within a short period of time, the post attracted trolling comments, where users expressed their surprise at seeing Durov’s photo in their feeds. “[***], he is alive,” wrote one user.

At the time of the publication, the post received more than 122 thousand likes, but also generated a wave of memes, in which users trolled Durov for breaking his silence on Instagram after a three-year-long break with nothing more substantial than a post showing off his flawless shape and a supposedly thoughtful and inspirational caption.

The Bachelor. The New Season.

Here, Durov is pictured as Aladdin.

“Durov is a hell of a philosopher.”

“It’s cool that before they took VK [Russian social network] from Durov, he was able to download all the cool quotes.”

“I’m sure Durov has a portrait somewhere that gets older, fatter and sicker instead of its owner.”

“My therapist: Don’t make things up. Pavel Durov can’t be the reason behind your insecurities, especially considering you have never met him.

Durov, who poses like a yoga enthusiast, had posted similar inspirational captions on his Instagram account before. “A good day is a day that involves spiritual, intellectual and physical self-improvement,” said one of his posts.

“There is always a 🌈 after ⛈if you are looking,” said another one.

The tech mogul is much more active on his own Telegram channel, where he announces new features of the messenger, criticizes Apple and shares his tips on how to stay healthy and look younger than your age.

It’s also not the first time Durov has flashed his flawless body on social media.